A new proposal submitted to city planners could spell the end for a pair of over century-old buildings as part of a plan to add a condo tower to the Walmer Road Baptist Church site at 38 Walmer Road in The Annex.

Plans would preserve and revitalize the church's 1892 sanctuary building, but the proposal would require the demolition of other notable buildings along Lowther Avenue, including an 1889 Sunday school and a 1913 link addition connecting the two earlier buildings.

In place of the current buildings, developer TAS has tabled a 20-storey condominium development with an outside-of-the-box design from Suulin Architects and ZAS that would rise almost 83 metres over the church's retained 130-year-old sanctuary. 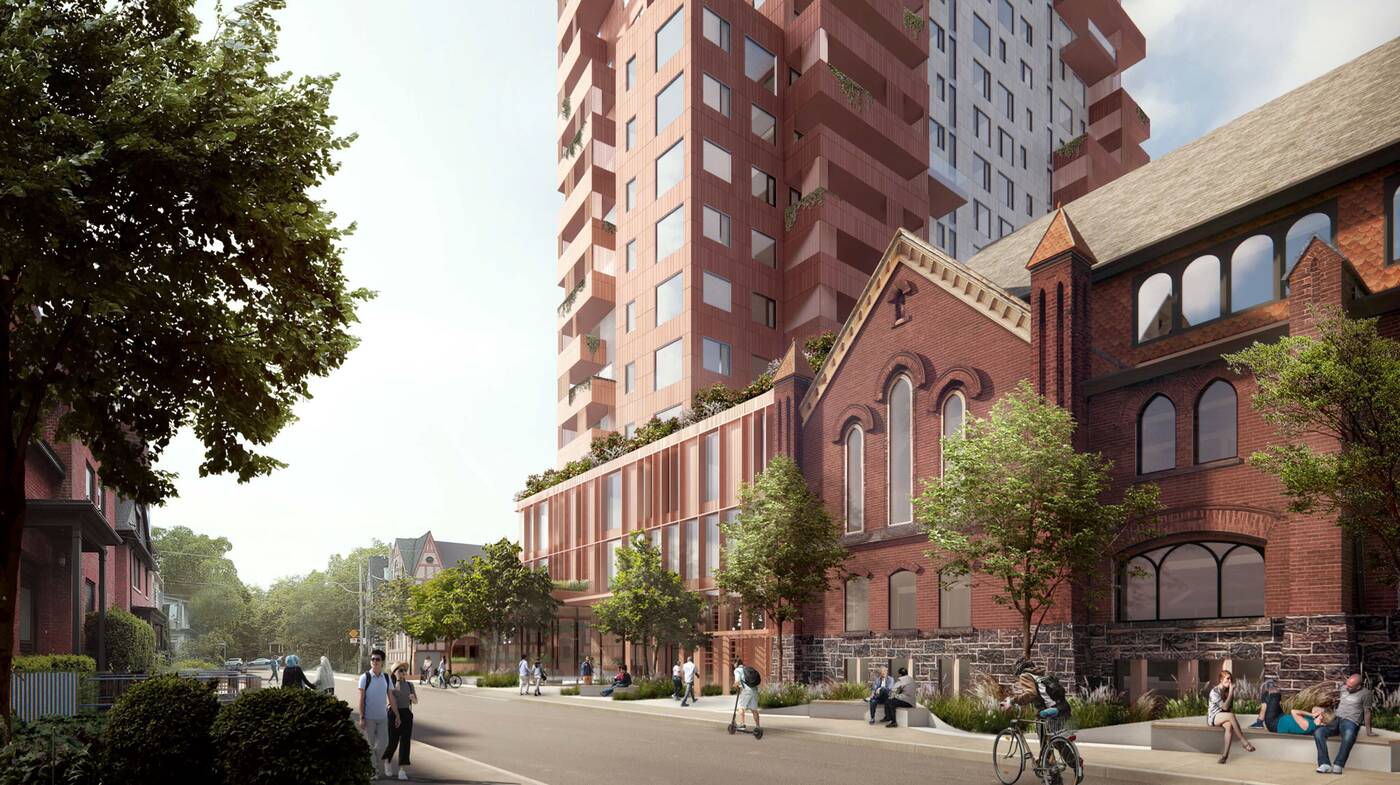 The church's sanctuary building would live on, though its interior would undergo a full rebuild to support a new sanctuary space within.

Despite a significant heritage retention component, the site's 1986 listing under Section 27 of the Ontario Heritage Act adds extra planning safeguards and limitations that could force refinements to the conservation plan as currently proposed.

The design of the proposed vertical addition is not your typical Toronto condo tower, putting an avant-garde Tetris-like spin on The Annex's traditional red brick vernacular, with randomized earth-toned forms projecting off of a white canvas. 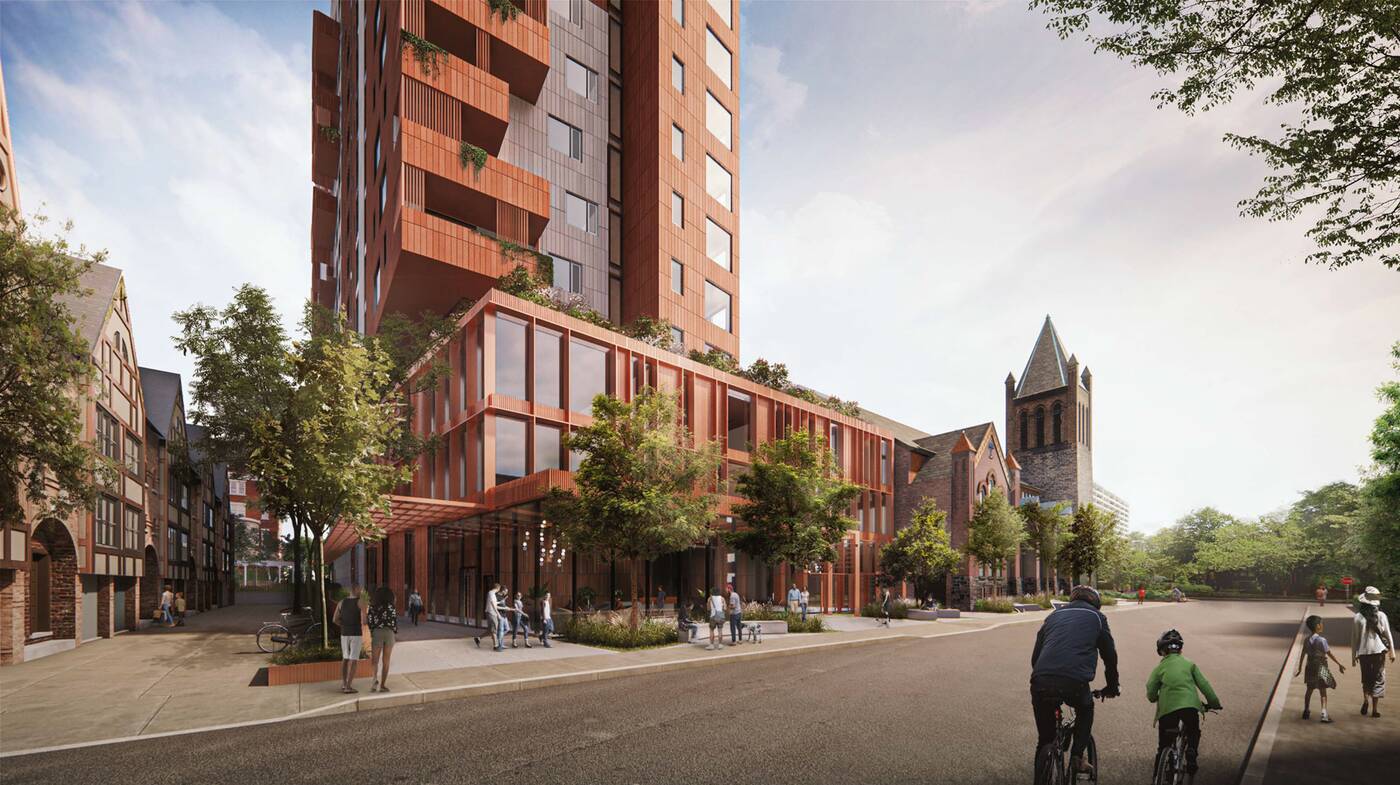 In another unusual departure from the vertically cramped condos that have become the norm of the Toronto market, almost all floors (aside from the second level) will feature uncharacteristically lofty ceiling heights of 3.6 metres or 11.81 feet, compared to the standard eight-to-nine-foot ceiling heights of most new build condo towers.

The roughly 18,670 square-metre building is proposed with over 90 per cent of the floor area dedicated to residential space, with 162 condominium units planned in a mix of 91 one-bedrooms, 54 two-bedrooms, and 17 three-bedroom units.

The proposal also calls for an almost 1,760 square-metre commercial community hub, which is planned to act as a space responding to community needs connected on the new second floor of the retained church building. 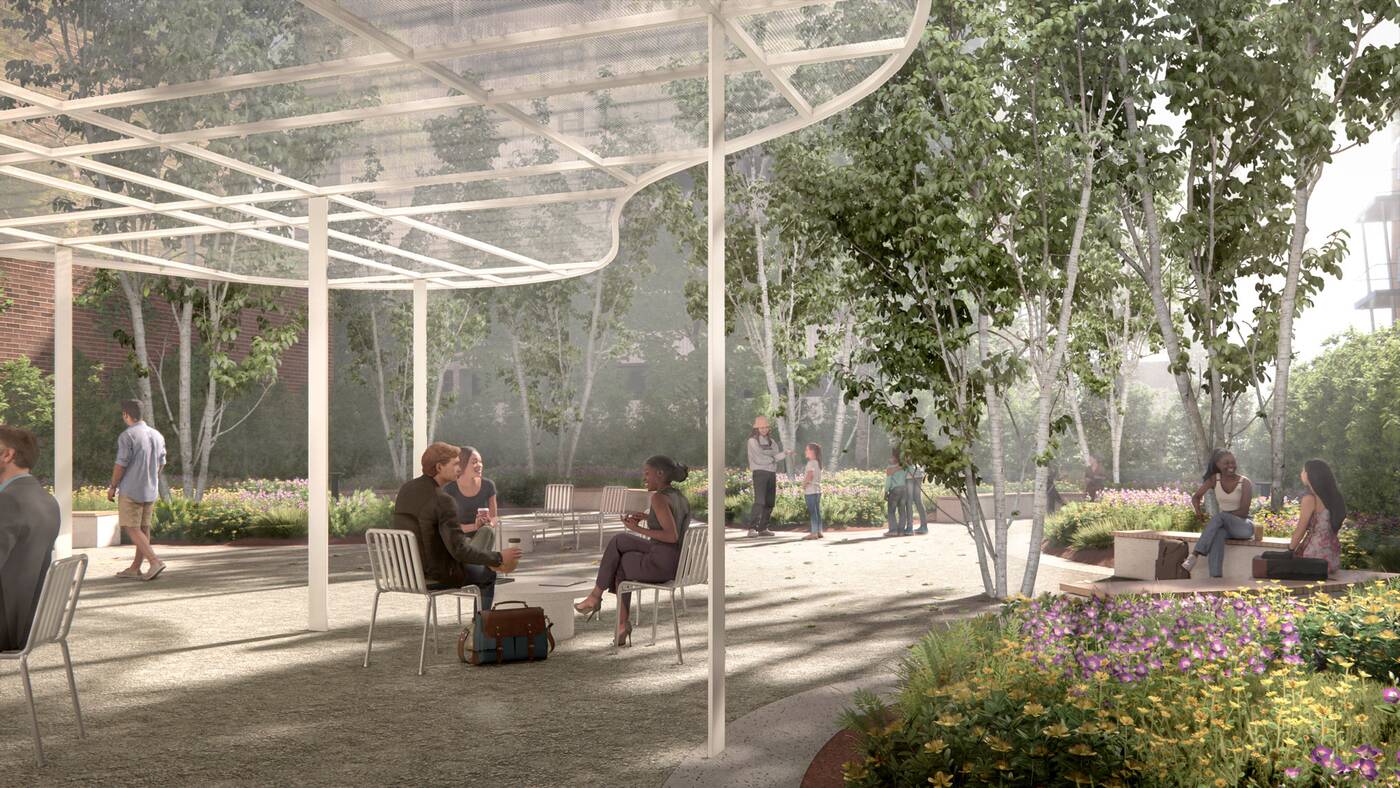 While the programming of this proposed community space has yet to be determined, the team behind the project intends to engage with local stakeholders and potential partners to find a tenant that fits the needs of the neighbourhood.