Originally built in 1906, this amazing heritage house is located on what was once farmland in Toronto's Caribou Park, near Avenue and Lawrence.

For those who don't know much about the history of Toronto's Caribou Park, it was formerly part of a farm owned by a pioneer named Thomas Snider who lived there from the 1830s to the 1870s.

His house is actually still around today. It's over at 519 Glengrove Avenue, hidden from the street by two large spruce trees. 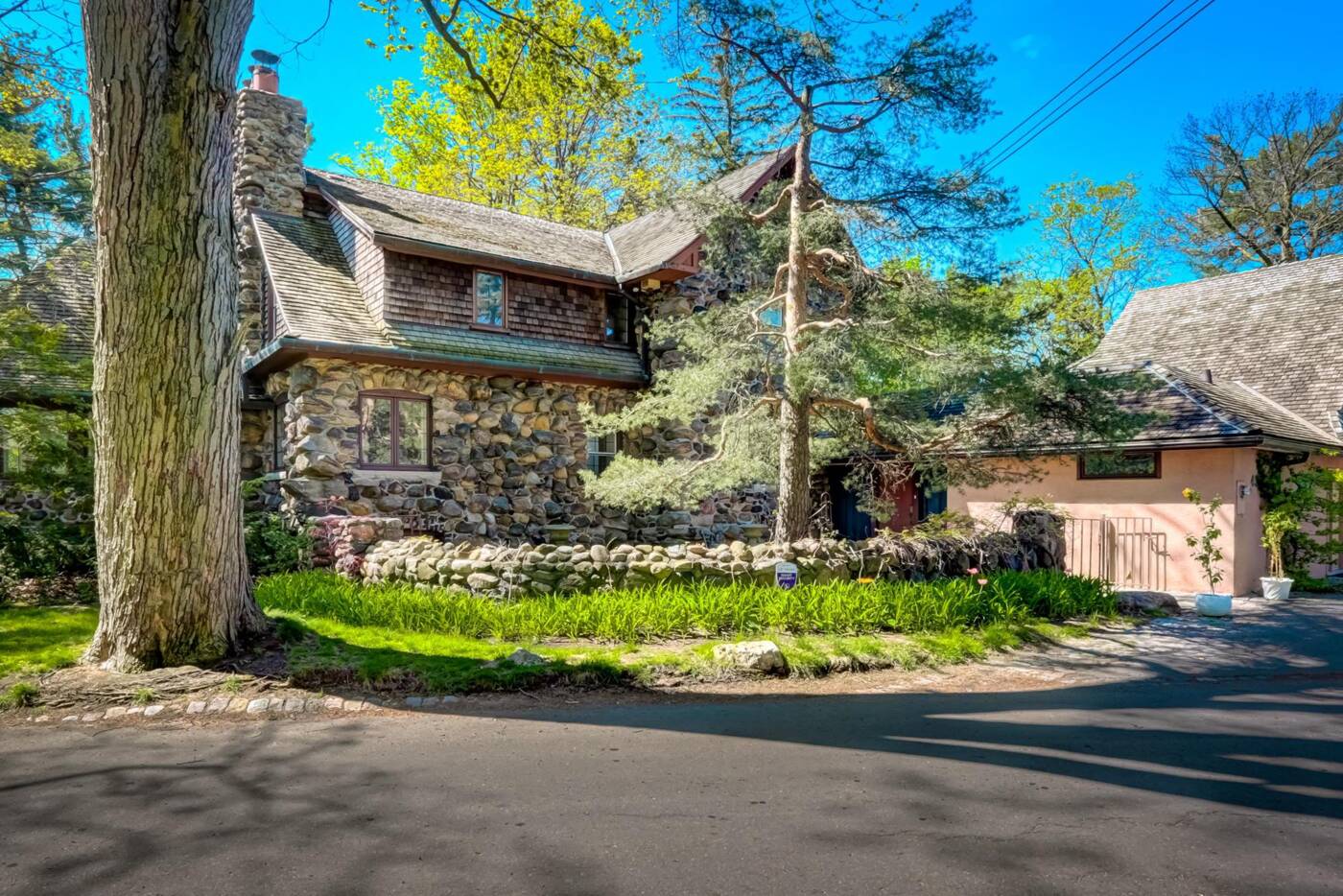 The exterior of the house and the garage.

But this house, 43 Kimbark Blvd., is equally interesting – it was actually built by a stone mason from Scotland. Since then it's also been home to some notable Canadians. 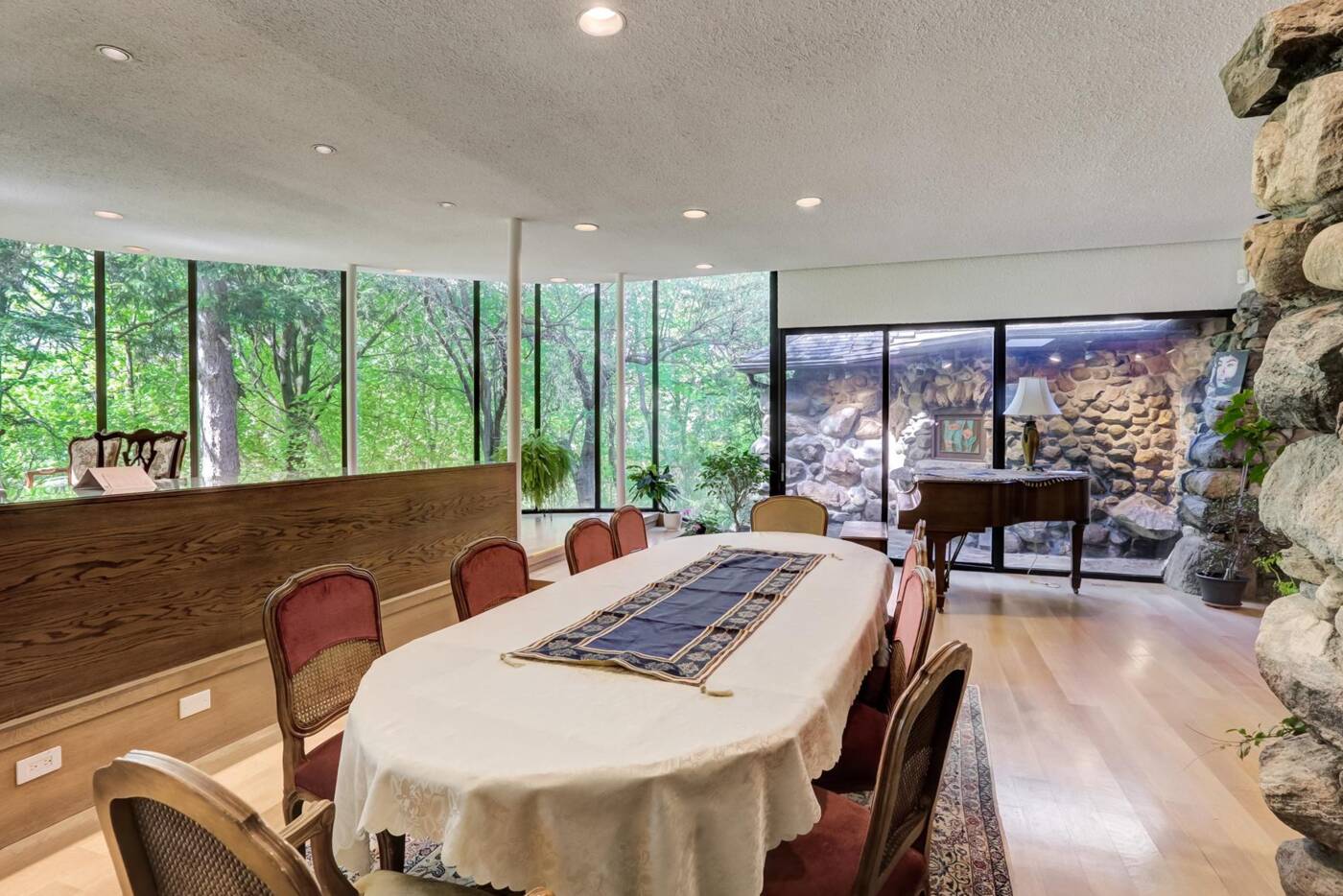 "The previous owner was the late Edward (noted Canadian lawyer) and Suzy Greenspan who had purchased it in 1984 from one of the key individuals who made Loblaws what it is today," realtor Kevin Loberg told blogTO. 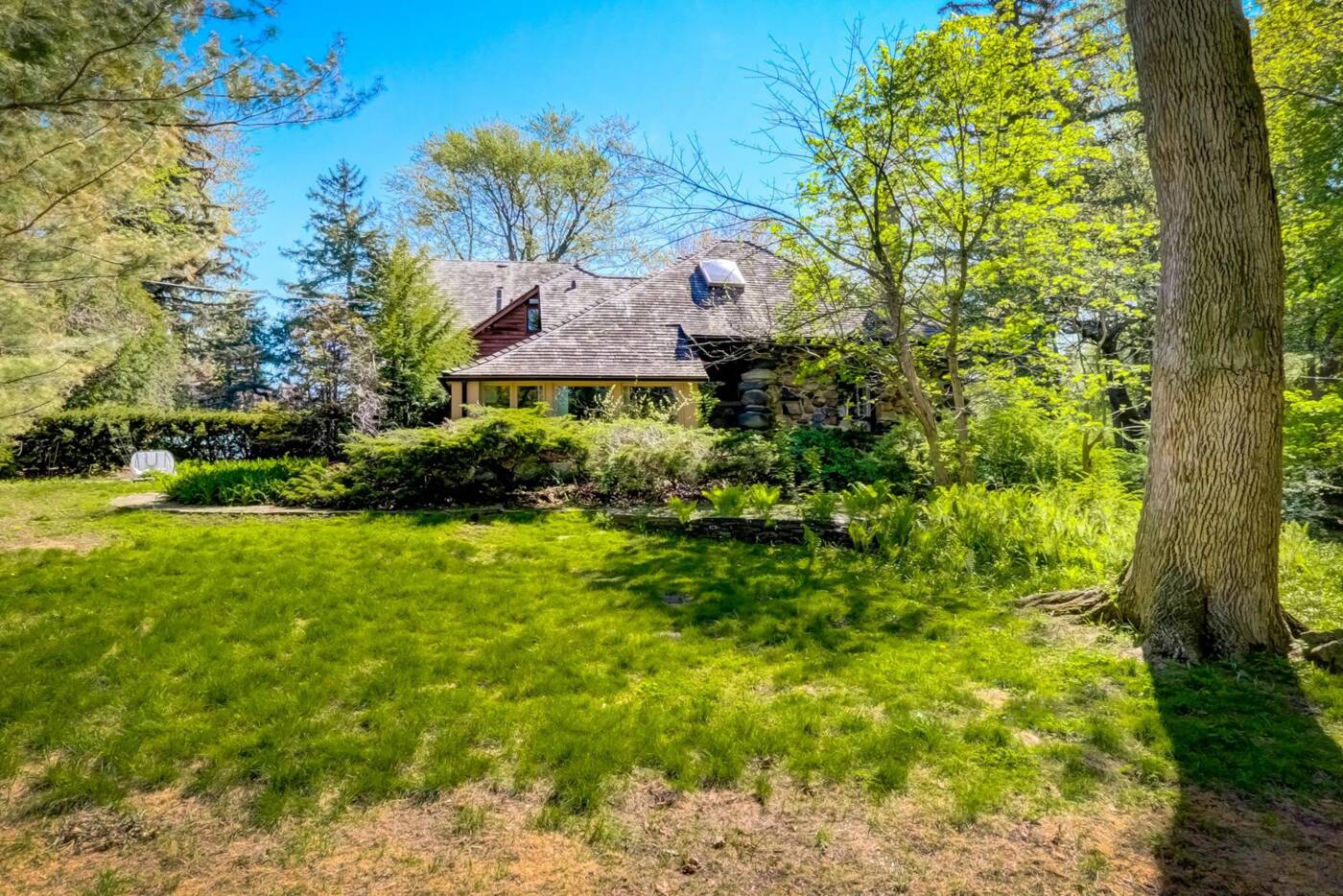 A view from the backyard.

It's a special house that's been shaped over the years. It sits on almost an acre of land surrounded by trees and in fact, the front of the original home was on the south side of the home (where the gardens are) with a driveway off Coldstream Avenue. 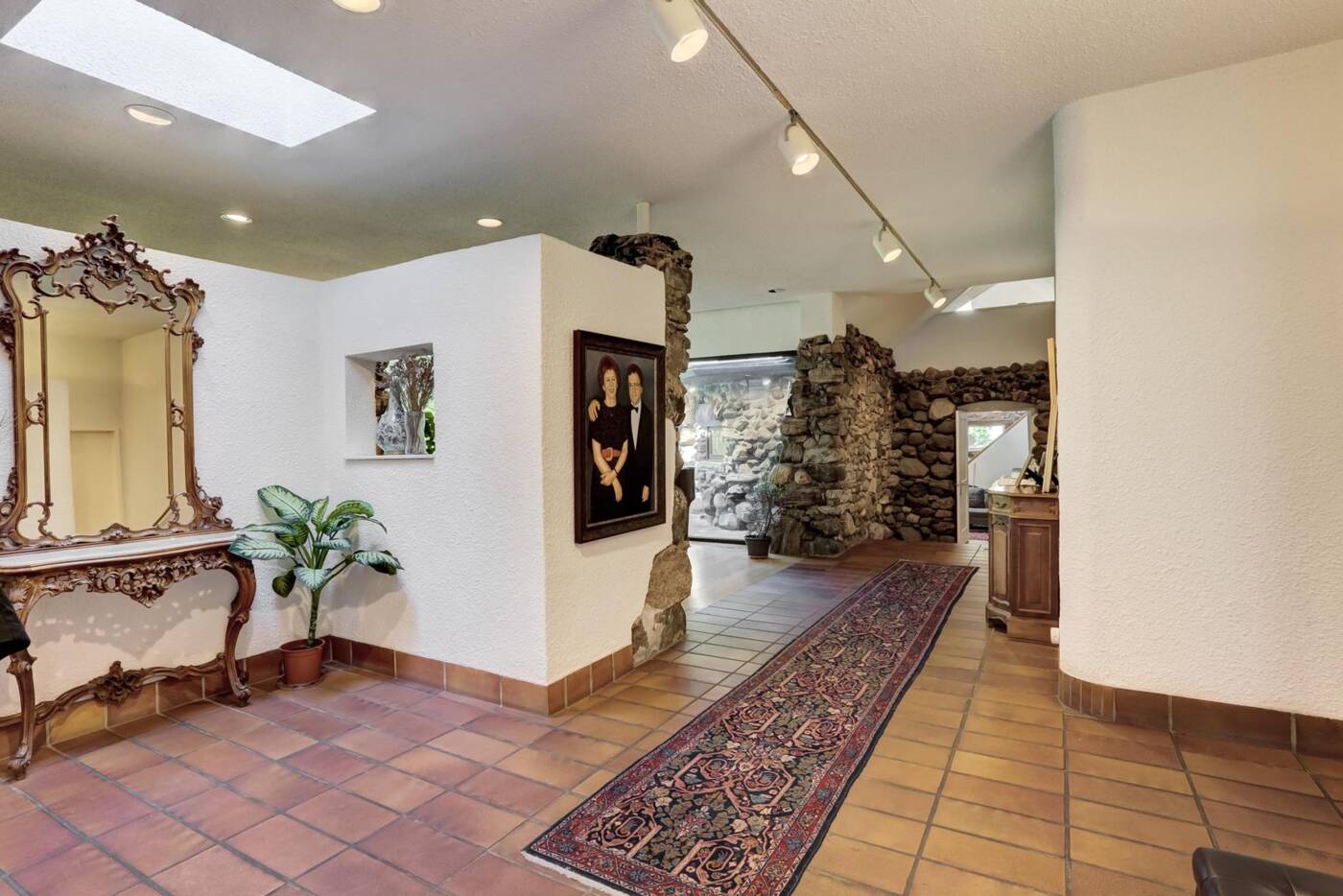 The home itself boasts four bedrooms, seven bathrooms, as well as an attached two-storey coach house. 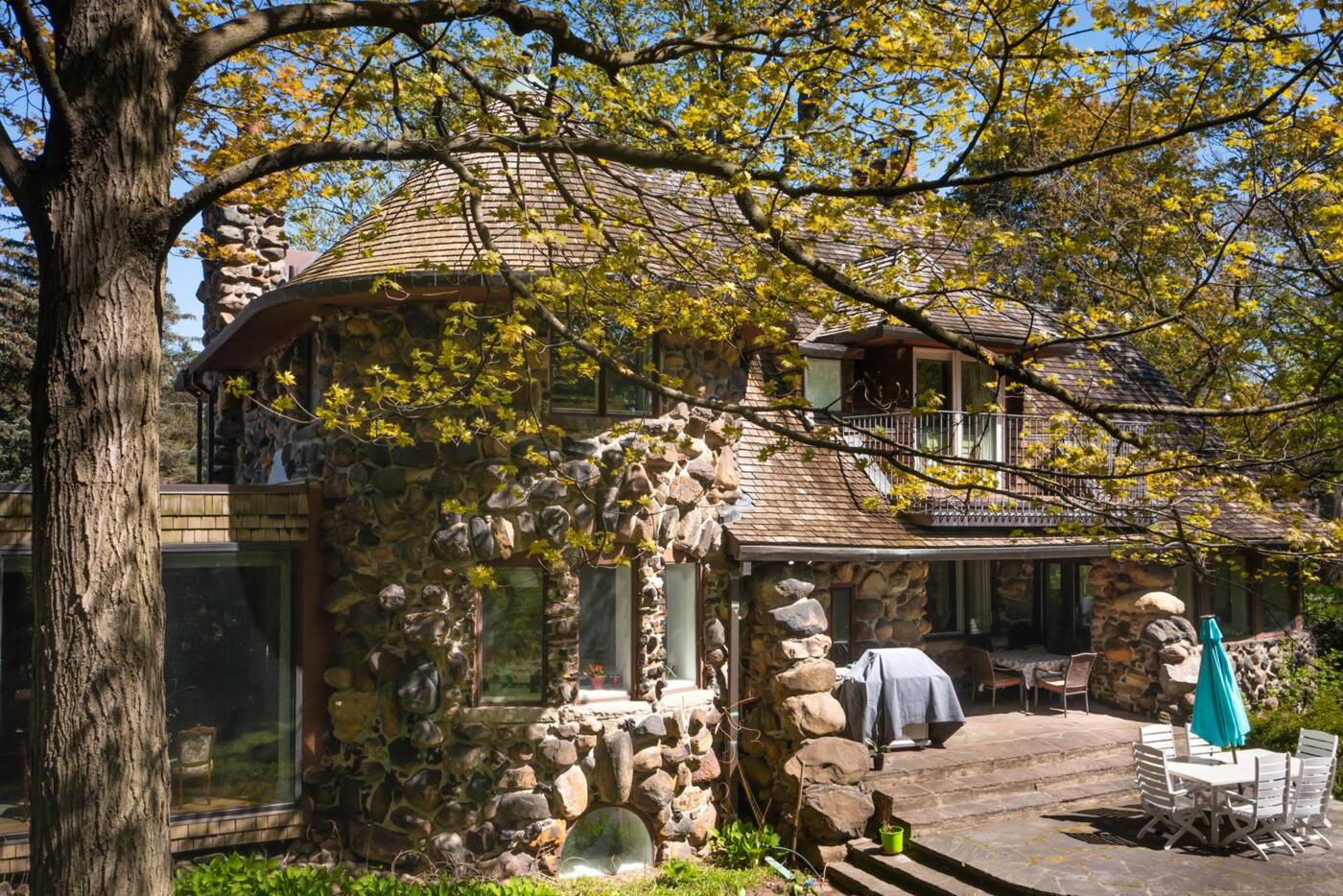 A stone turret at the back of the house and the back patio.

43 Kimbark Blvd. is charming, unique and truly one of a kind. 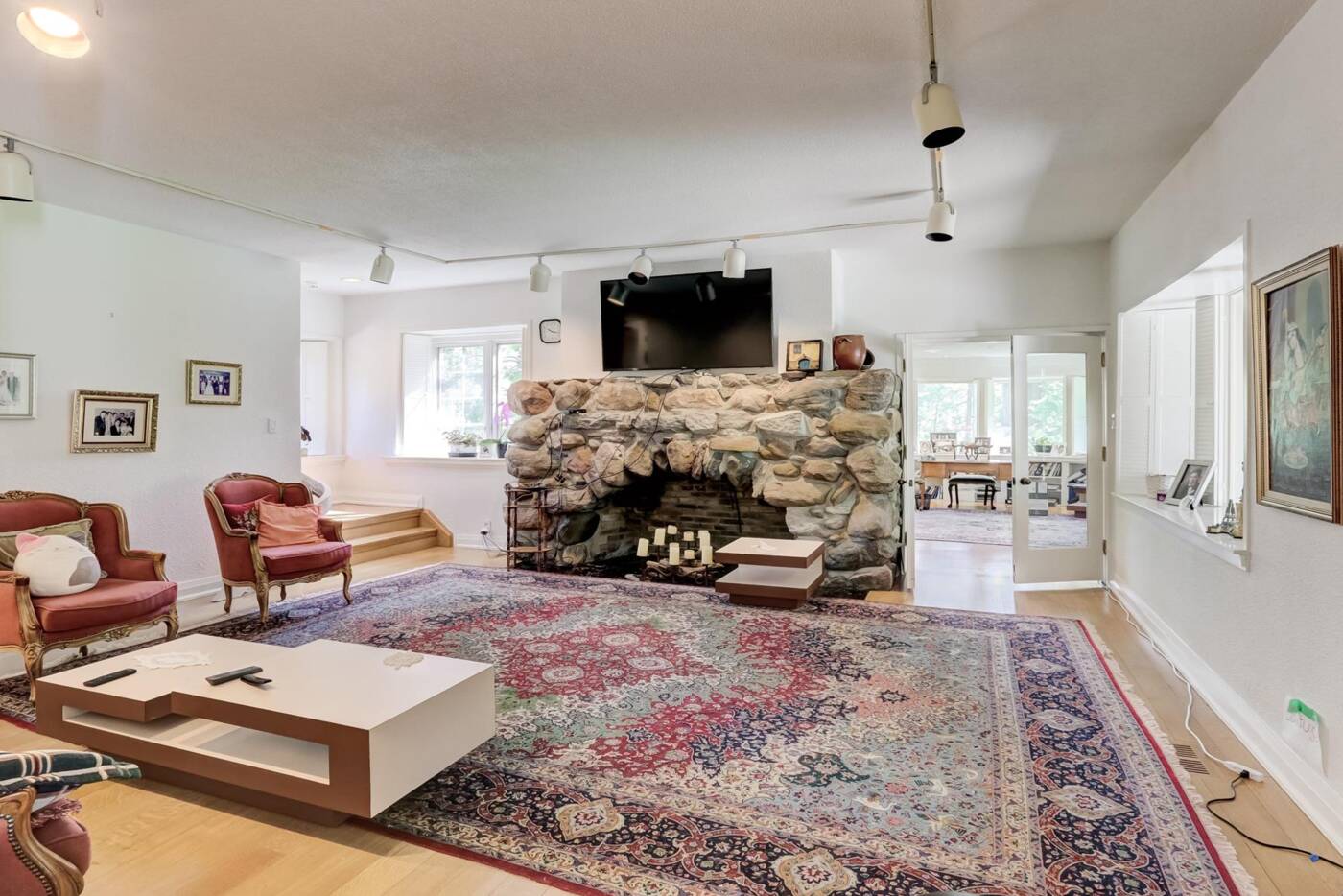 The living room with a stone fireplace. 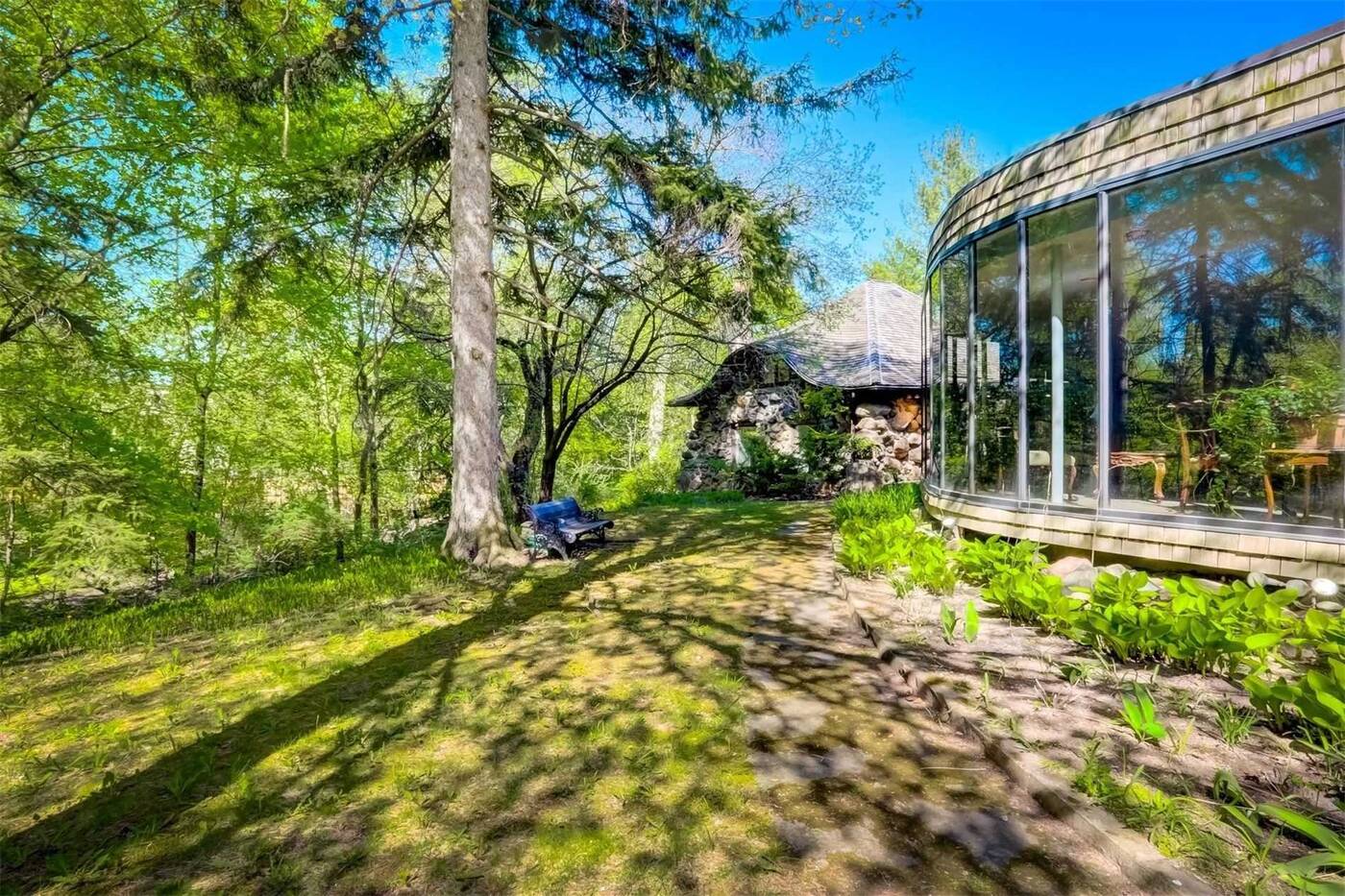 The exterior of the home with the interesting curving windows.

Probably one of the more jaw-dropping features of the home is the sitting room that has an almost fish bowl-like look to it. 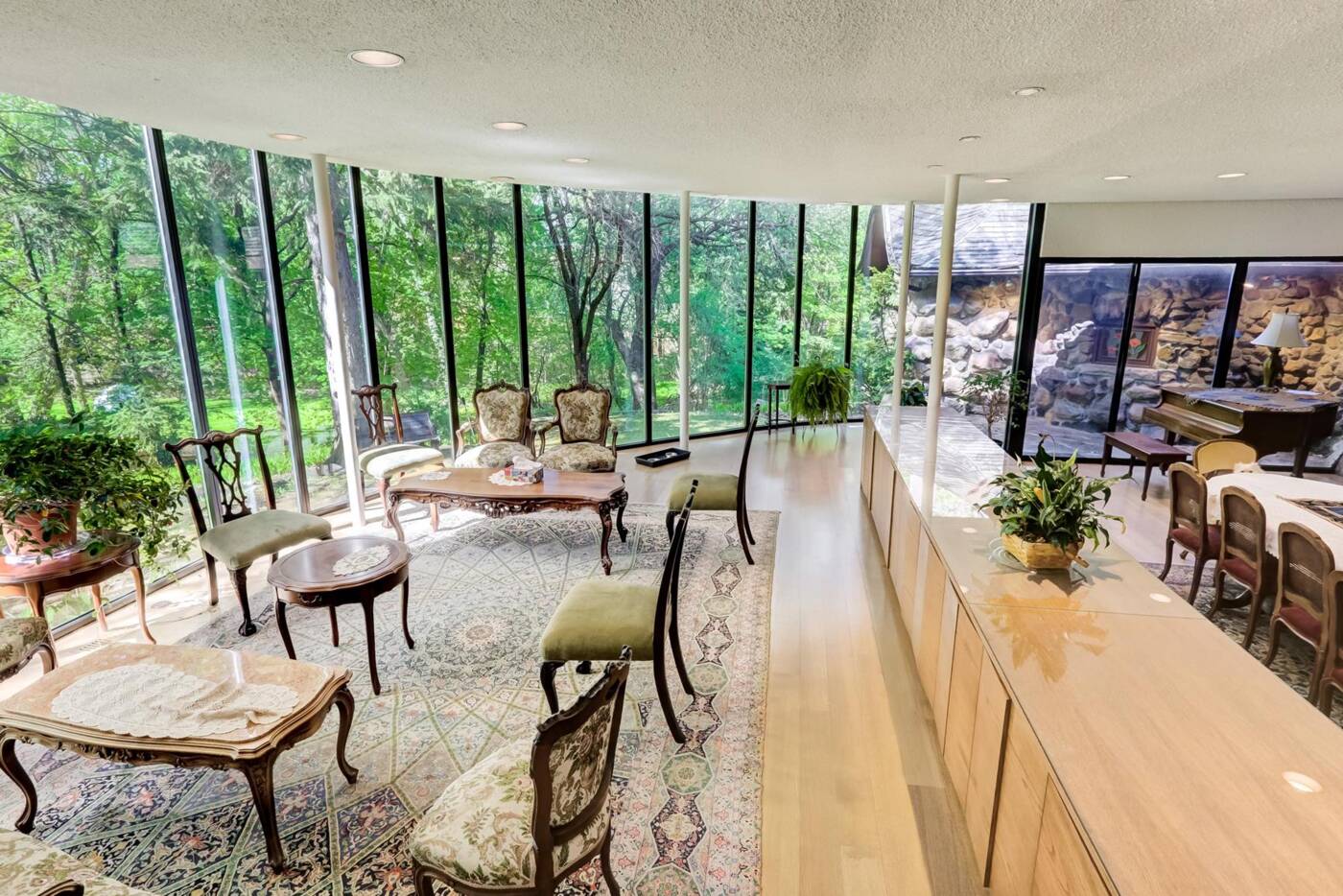 The rounded wall is completely made of floor-to-ceiling windows that overlook the garden. 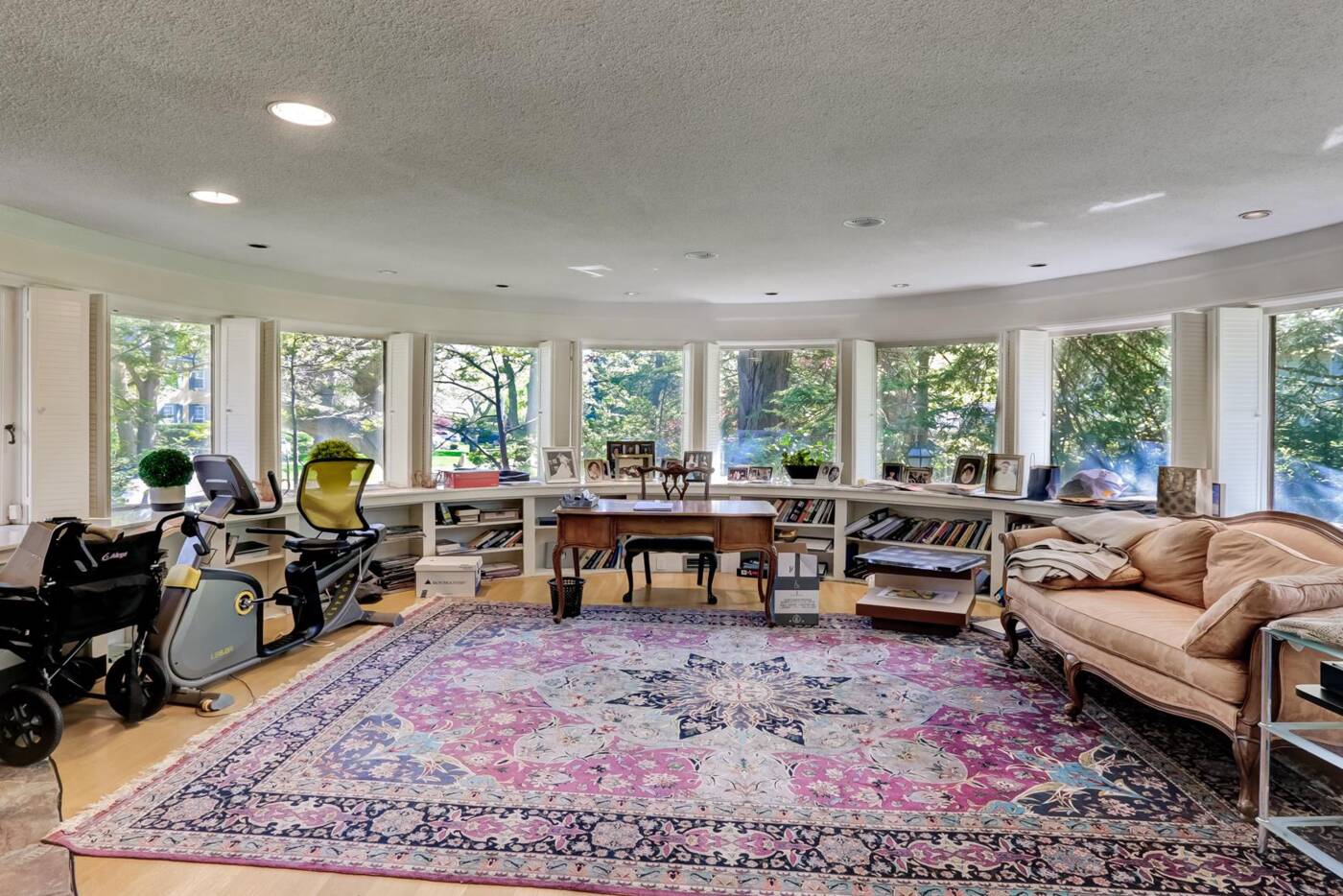 The family room with built-in bookcases under the windows.

And that's not the only room that's a bit odd – there are plenty of irregular shaped rooms throughout the house. 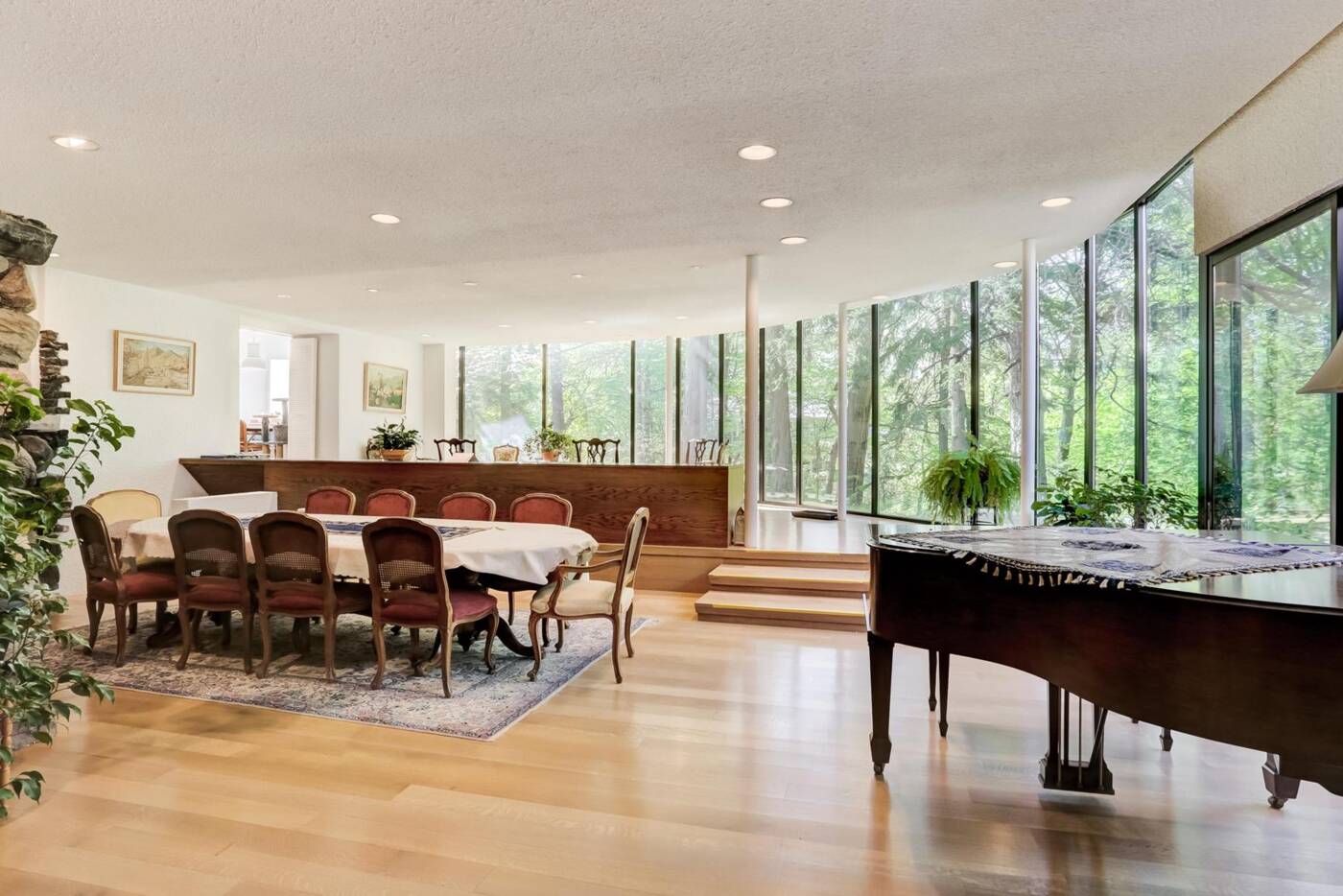 The view from the dining room.

So if you're not good at thinking creatively, you might struggle with furniture placement. 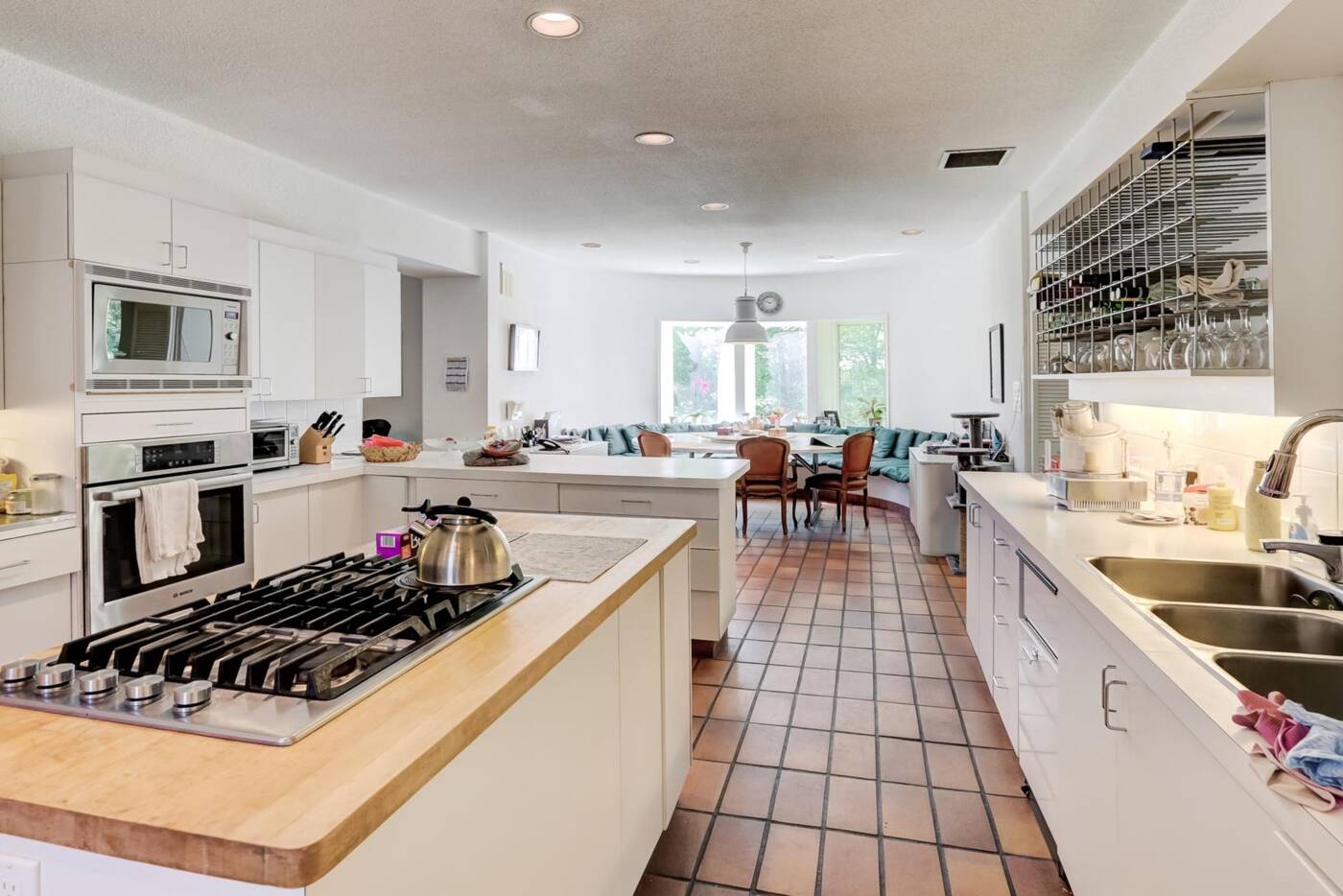 The home, for being over 100 years old, is surprisingly bright and airy. 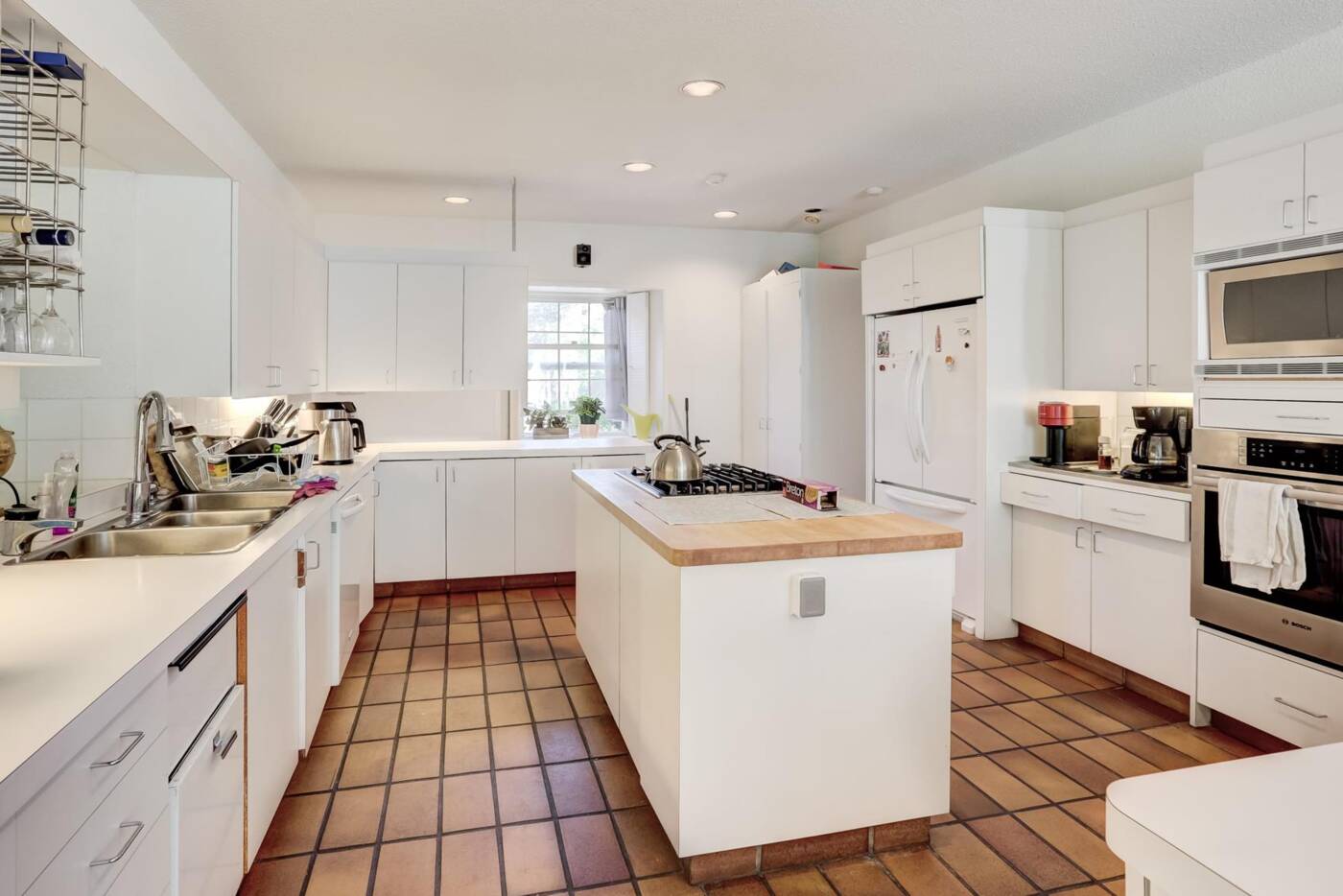 The kitchen has a centre island and built-in appliances.

Some of the rooms probably need a bit of updating, such as the kitchen, and likely the bathrooms (although that is just a guess since there are no photos). 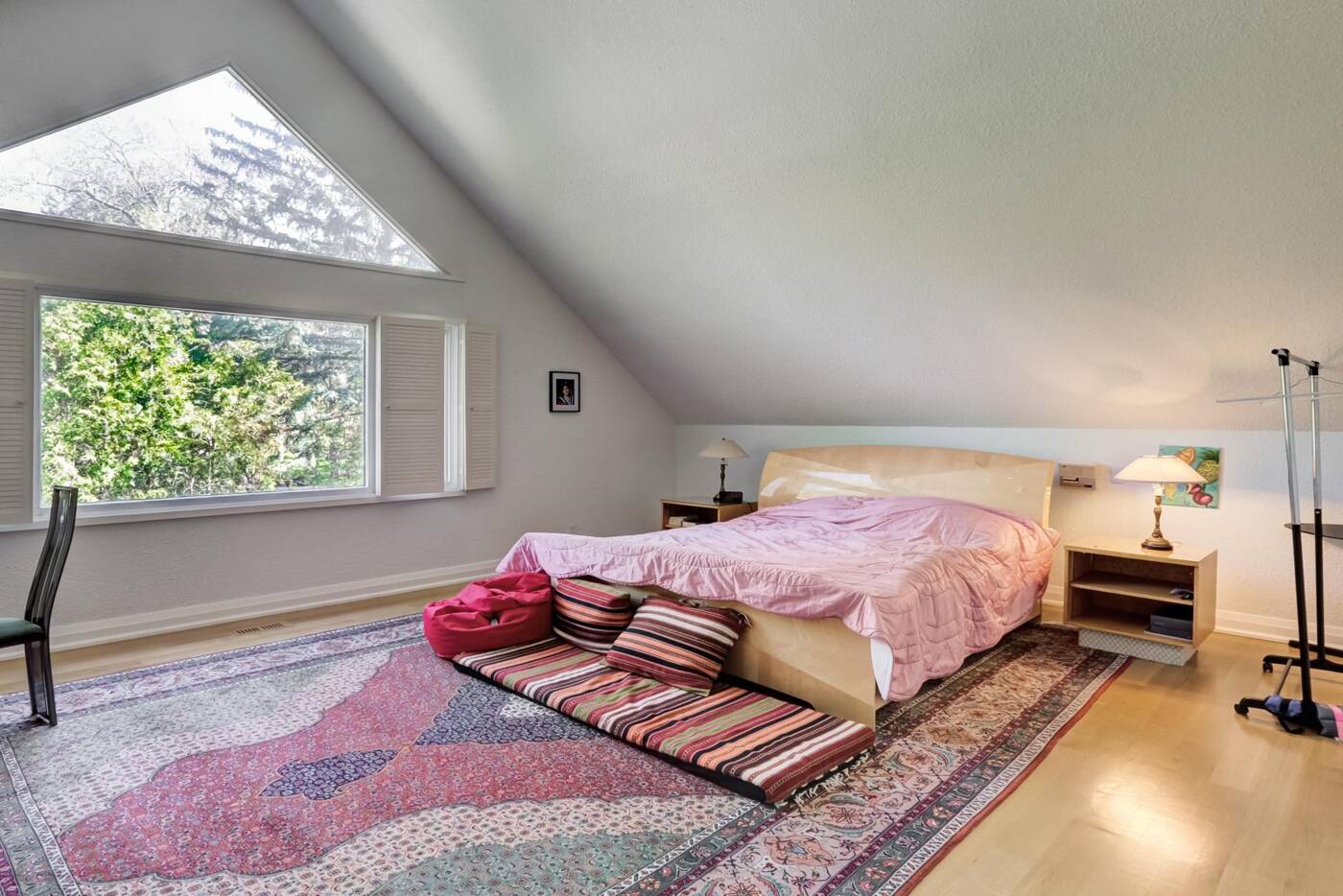 The primary bedroom comes complete with two ensuite bathrooms so you don't have to ever share, and there's an original marble fireplace in the bedroom as well. 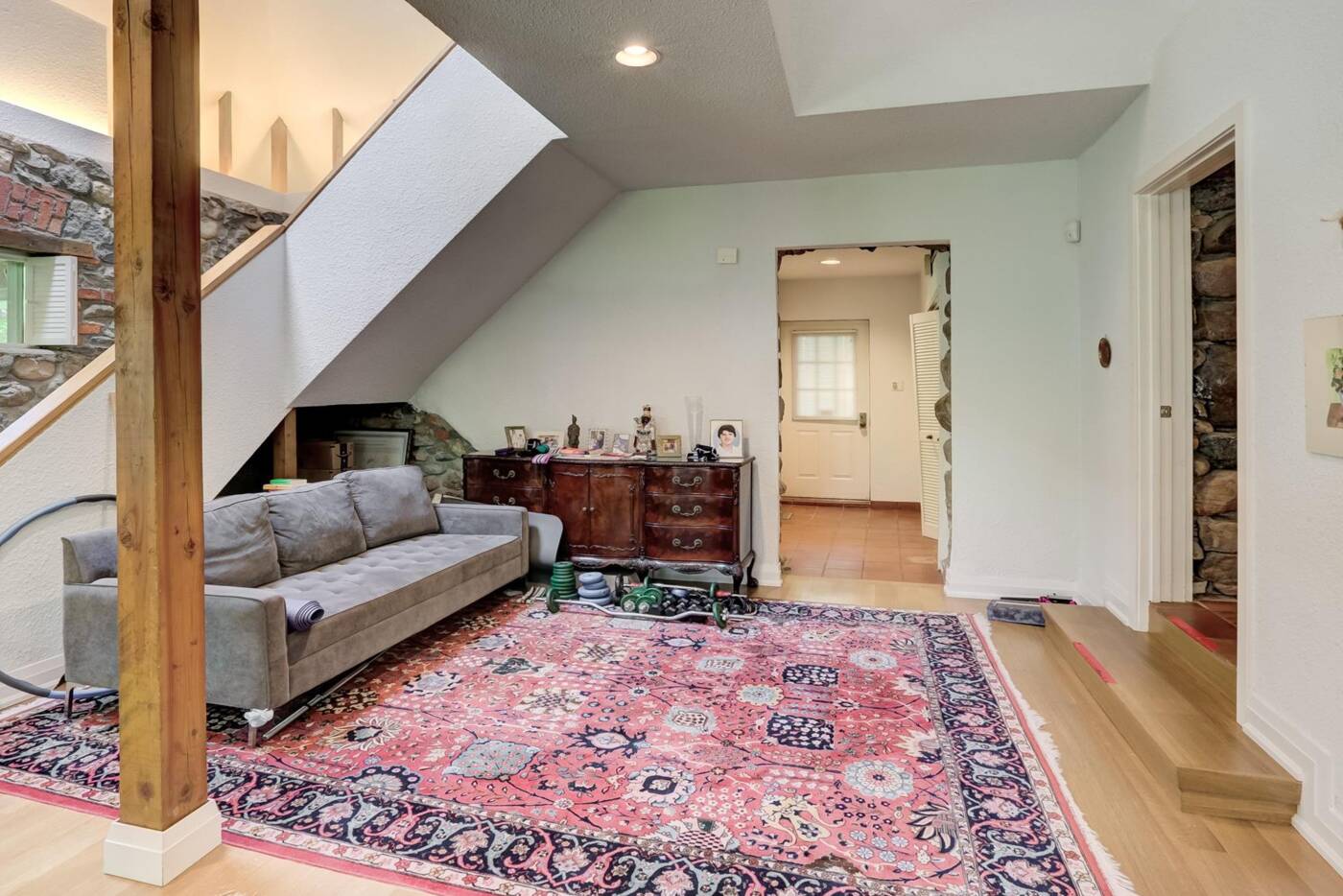 There's more living space in the basement with a rec room, play room and an additional bedroom. 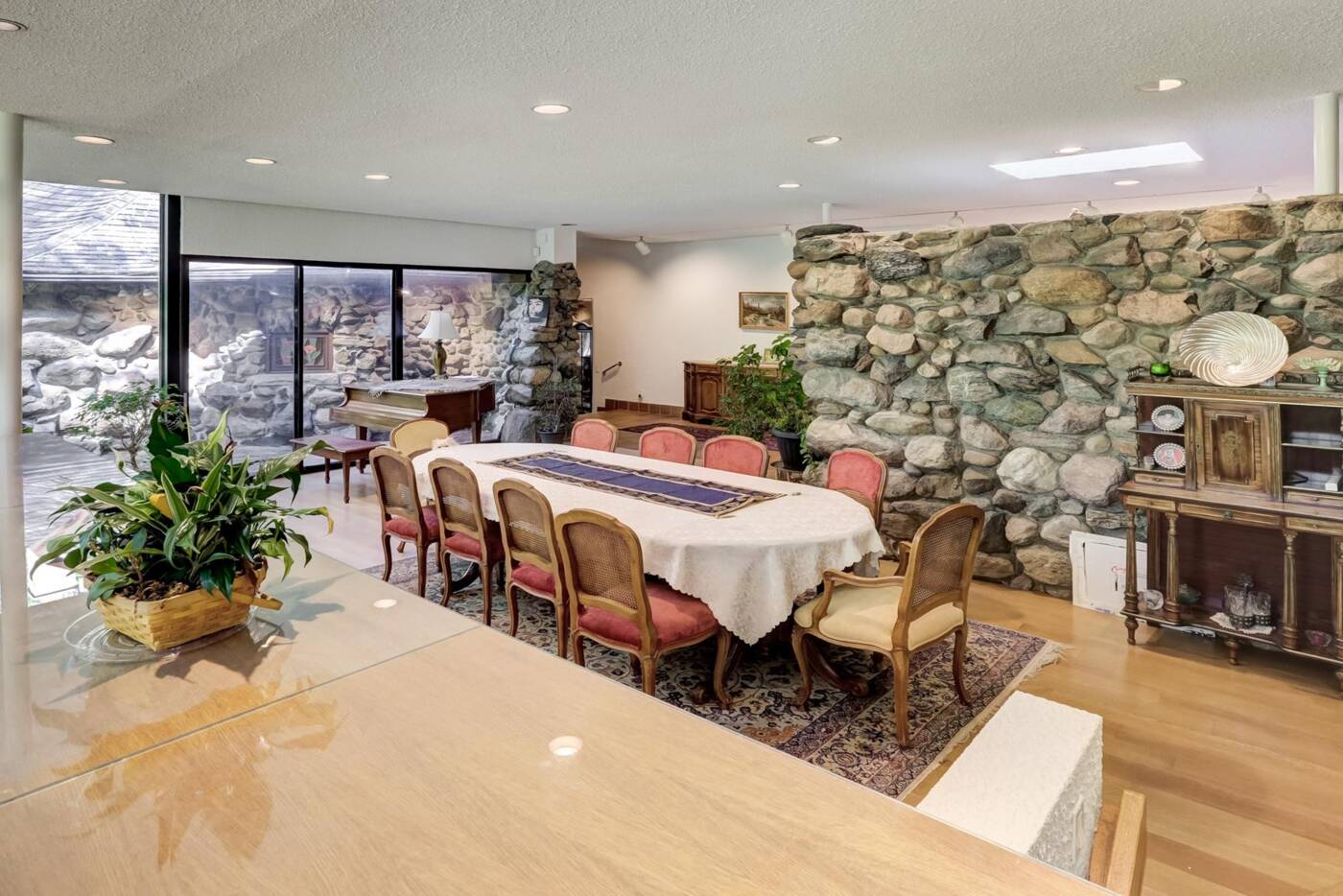 Exposed stone walls are a stunning feature throughout the home. 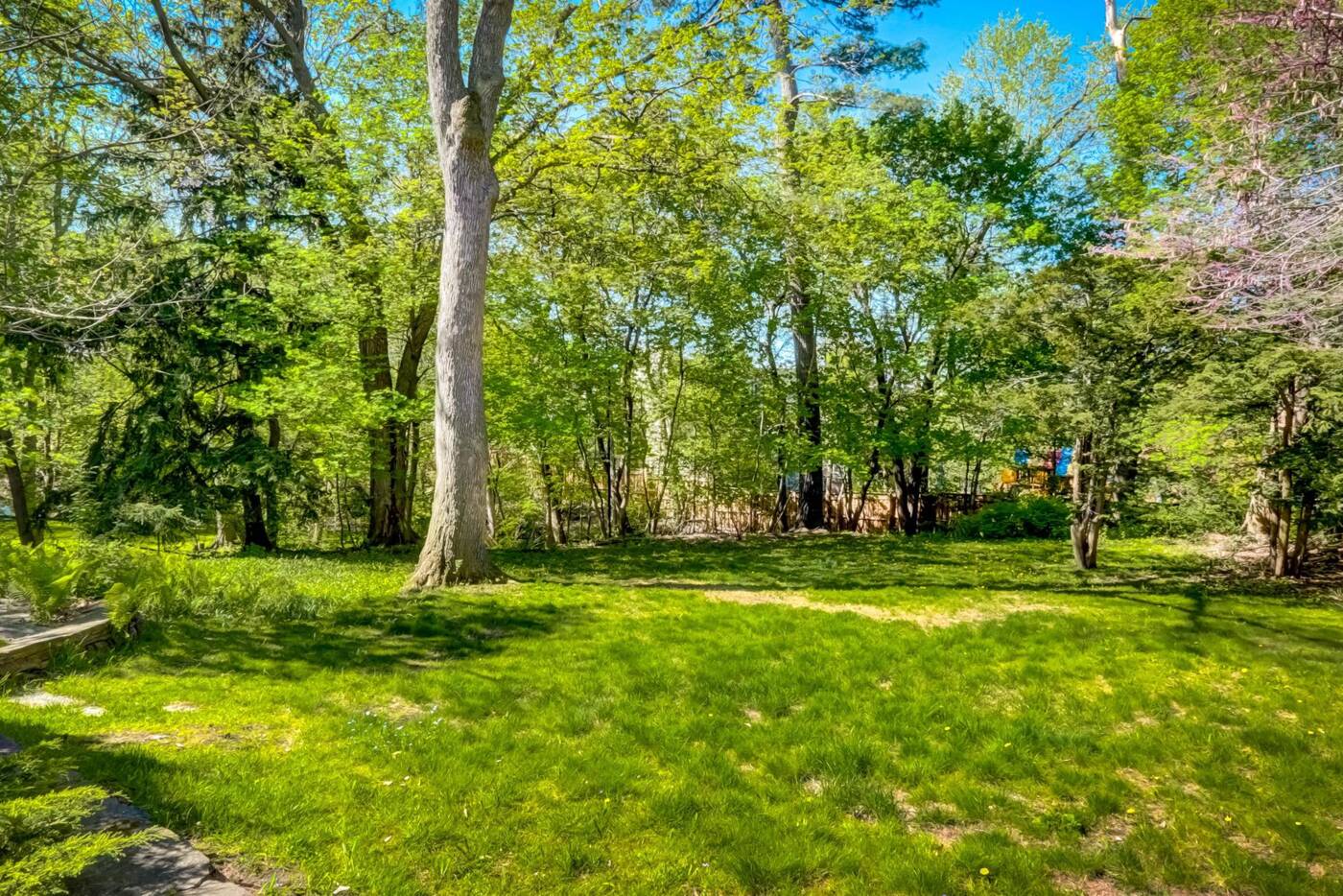