Proposed redevelopment of a Toronto architectural landmark is raising eyebrows

A soaring residential complex newly proposed at 123 Wynford Drive is already ruffling feathers, but it isn't the plan's towering height that has experts at odds.

Originate Developments and Westdale Properties have revealed plans to redevelop the former Japanese Canadian Culture Centre (JCCC) near DVP and Eglinton with a pair of modern towers that retain the exterior of the 1964-built cultural amenity.

And not everyone is happy about it.

Designed by legendary architect Raymond Moriyama in his first major Toronto commission, the original mid-century building has been home to the Islamic Noor Cultural Centre since 2003, retaining its unique look of Brutalism, Modernism, and Japanese aesthetics, all bundled into a surprisingly cohesive package.

Almost 60 years later, the developers are working with the still-active Moriyama as well as architects Kirkor and ERA to reinvent the building as the visual anchor for a new tower complex, a move that has two colleagues over at The Globe and Mail in public disagreement over whether or not this venture is a fitting vision for the site.

"A development would largely demolish Raymond Moriyama's 1964 Japanese-Canadian Cultural Centre," tweeted Bozikovic in response to an article by his colleague Dave Leblanc, in which the latter speaks fondly of the developers' plans.

Bozikovic added, "I strongly disagree with my colleague. This is unacceptable."

A development would largely demolish Raymond Moriyama’s 1964 Japanese-Canadian Cultural Centre. I strongly disagree with my colleague. This is unacceptable. https://t.co/IRxxGMVKUq

The development in question would retain portions of the original JCCC while disassembling and reinstating other architectural features into a complex designed to reference the style of the original building.

Its 55- and 48-storey towers are planned with precast concrete cladding to match the design of the original building, minimizing the use of glass and bucking the "just make it shiny" trend of the Toronto condo scene. 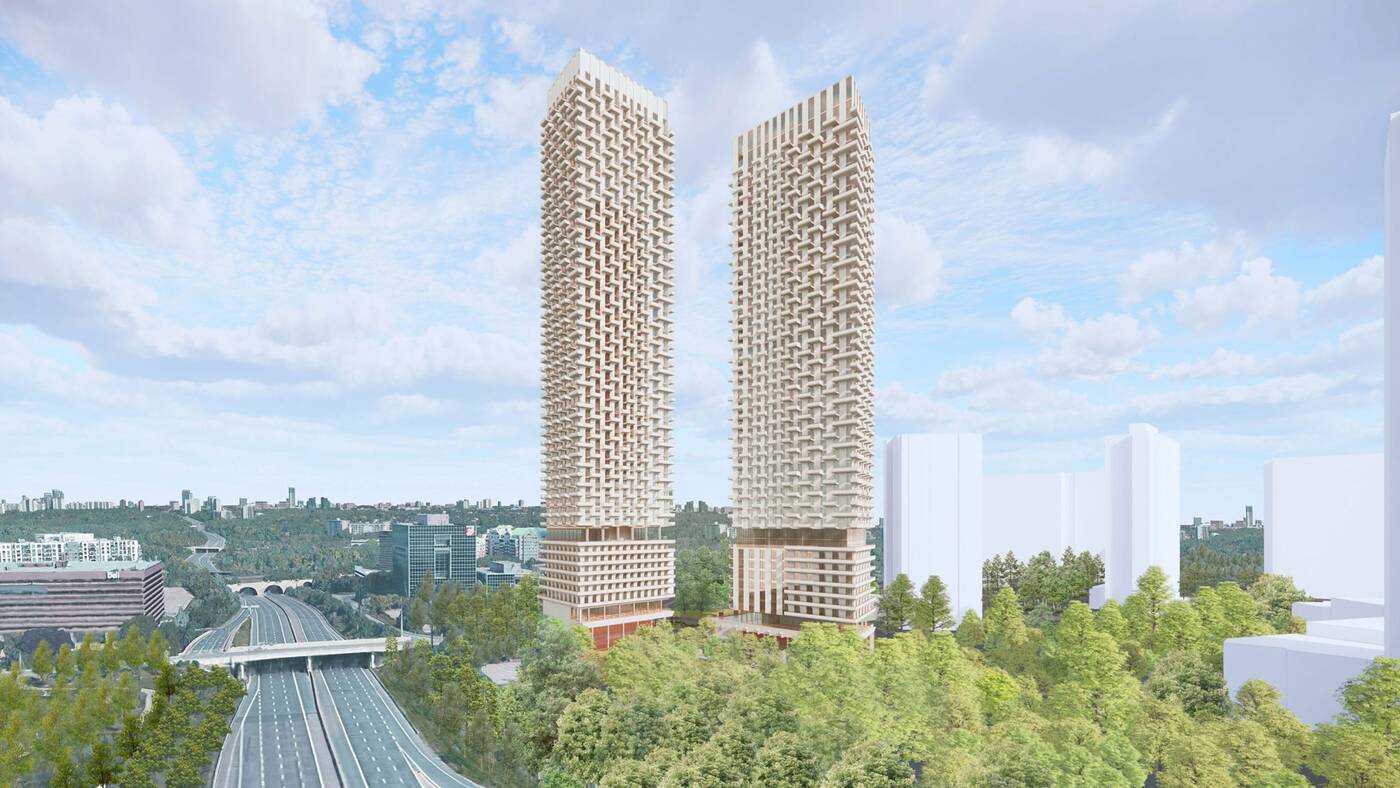 Lower floor balconies would feature flared shapes inspired by Japanese pagodas, while the levels above would include a balcony design that appears woven into the tower facades like a wicker basket. 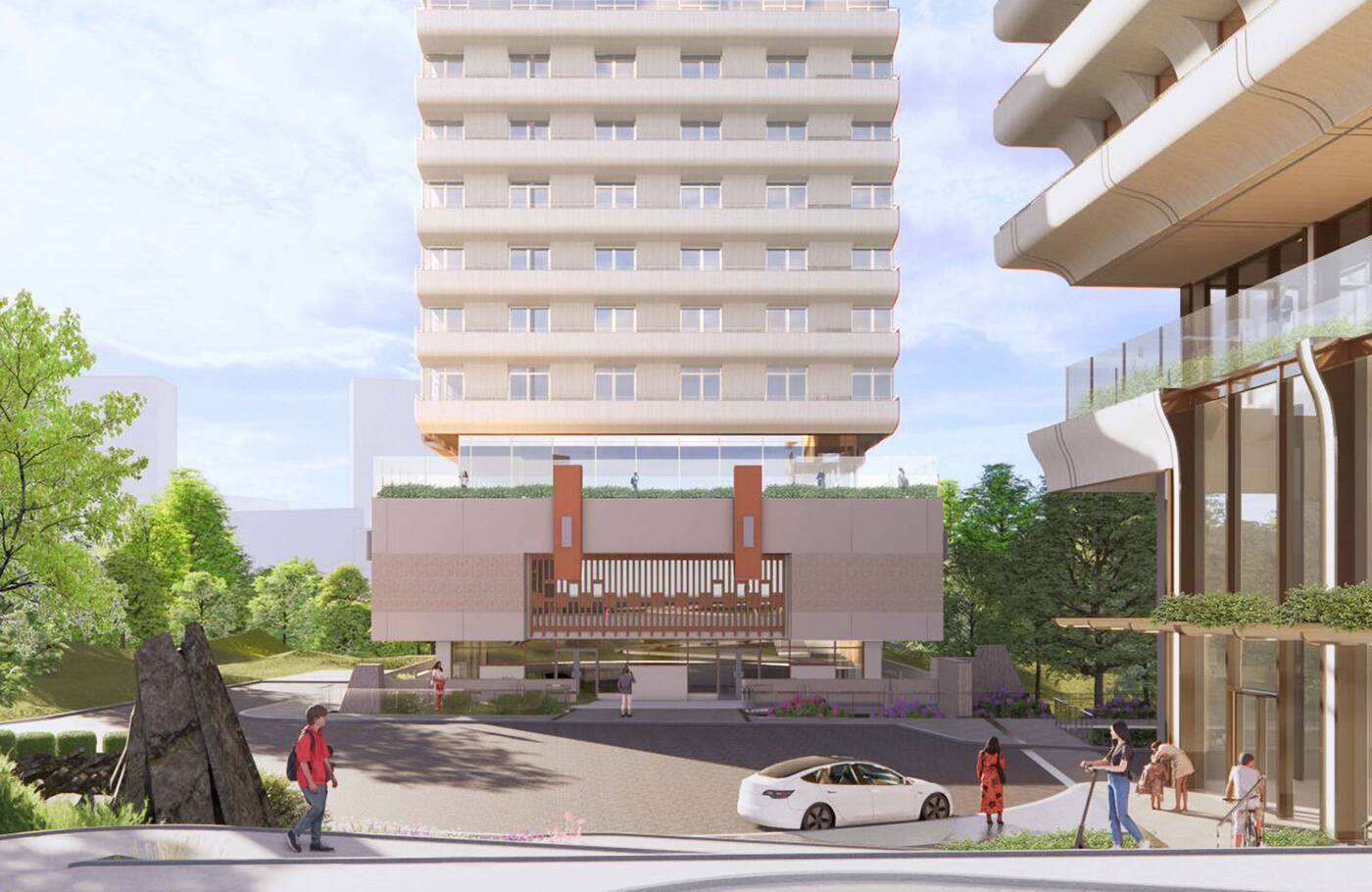 Inside, the fraternal twin towers would house a combined 1,128 units in one-, two-, and three-bedroom layouts, which the developers say "will be defined by smart, modern design and elevated features."

Hidden away near the Don Valley Parkway and Eglinton, the JCCC doesn't have the same level of recognition as other Toronto landmarks in the city centre, but it's an enduring architectural hidden gem in an area with rich design history.

The nearby Aga Khan Museum and Ismaili Centre complex has become a landmark in its own right, but the sweeping vision for the site came at the cost of the former Bata Shoe Head Office, an unfortunate loss that lamented even before its teardown concluded.

The plan for 123 Wynford is, without a doubt, far more respectful to what currently exists than the clean slate design of the Aga Khan complex.

Still, it raises questions about what changes should and should not pass for buildings with heritage value.

While the JCCC is indeed listed on the City of Toronto's Heritage Register — which only affords a property further evaluation if there is an intent to demolish — it is not designated under Part IV of the Ontario Heritage Act and, therefore, is not truly protected from teardown or significant modifications.