The prestigious Graphic Arts Building was originally built in 1913 by Francis S. Baker, who is also behind such Toronto landmarks as the Traders Bank Building and the General Accident Insurance Building.

The building was converted into condos in 2003 and features only 64 units in the five-storey building.

Although, some units are definitely better than others. 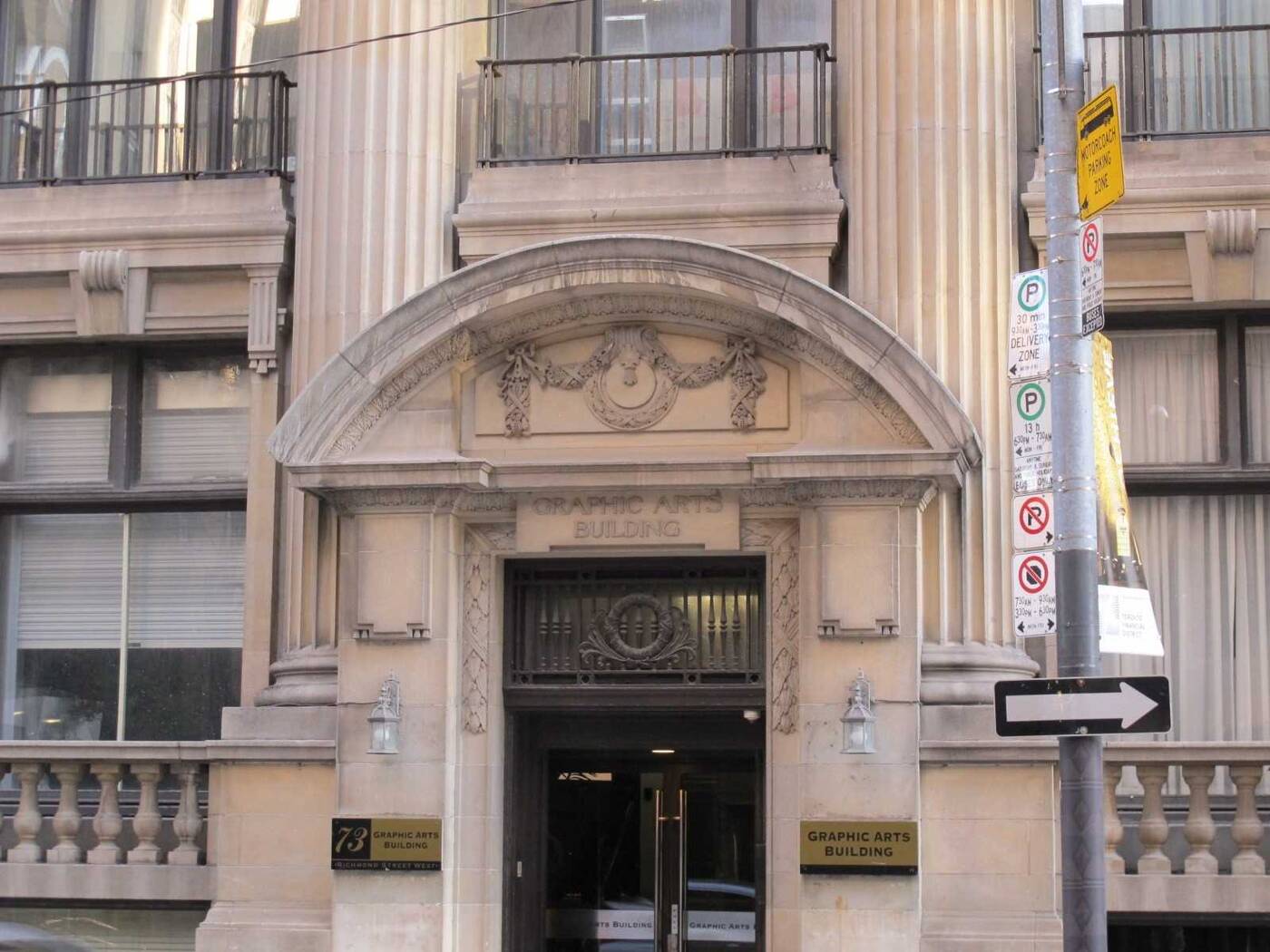 For example, the penthouse suites have access to the rooftop so you get some outdoor space. 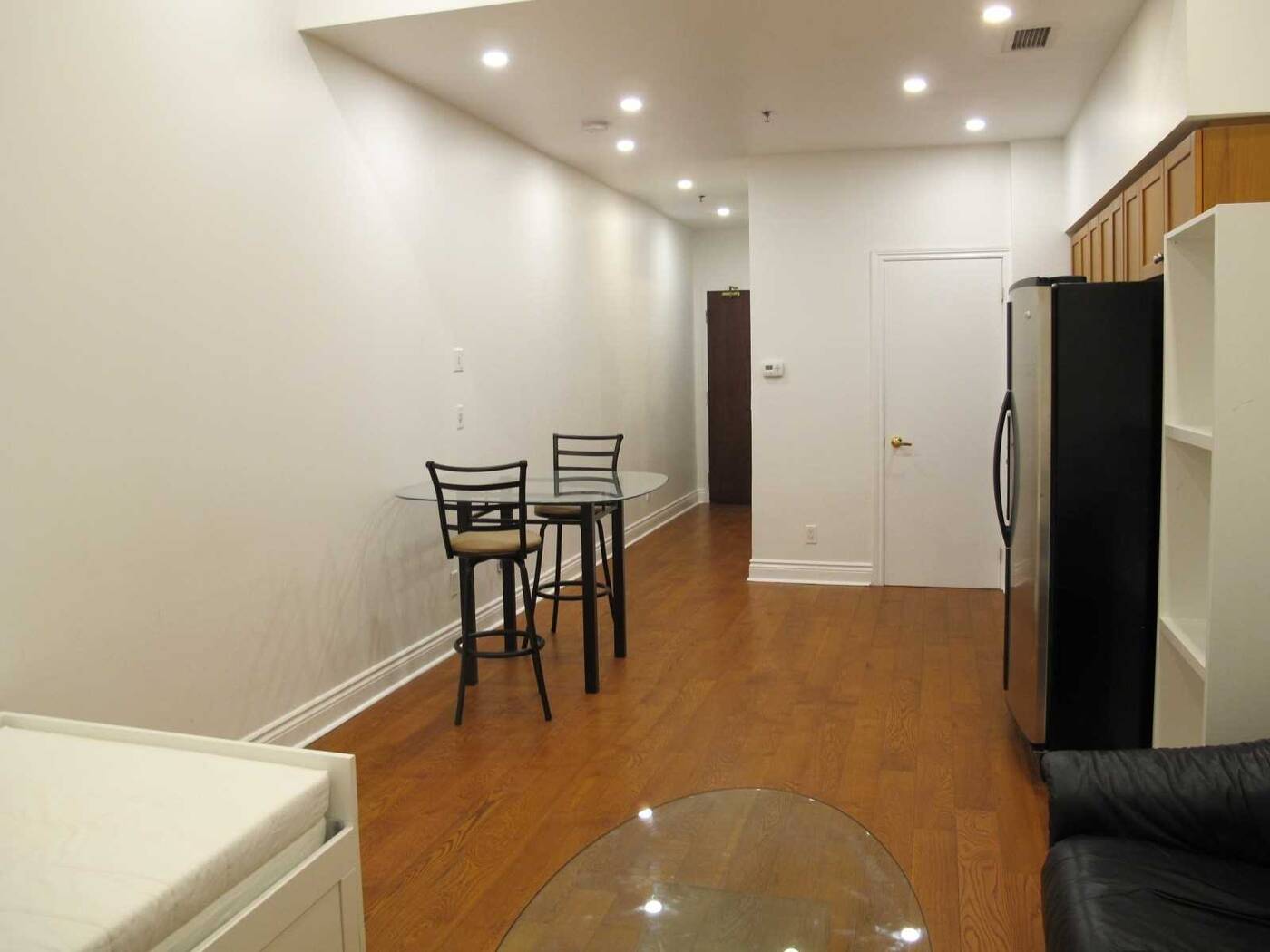 The kitchen and dining area. 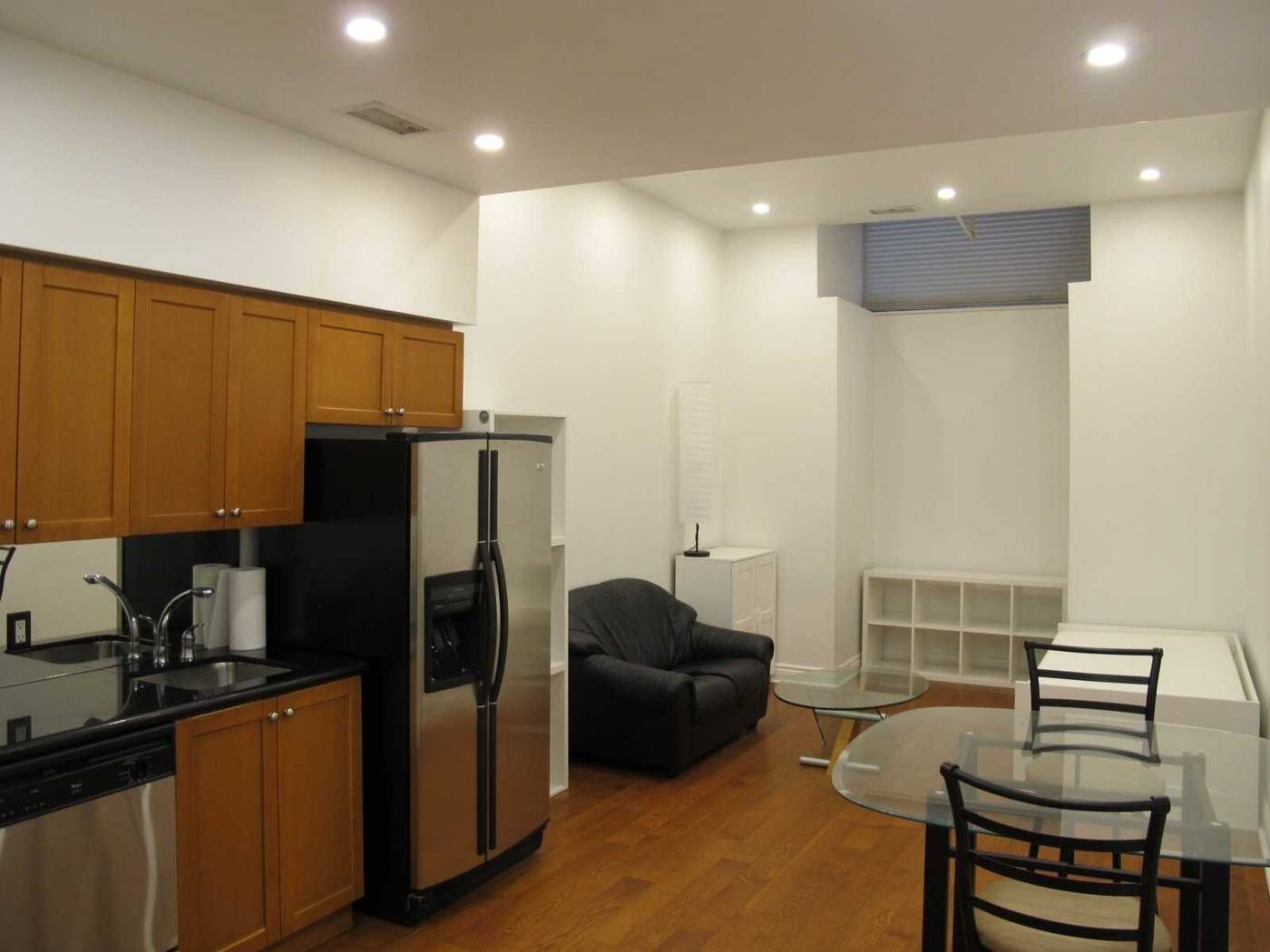 The kitchen and living area.

That's because it's in the basement of the building. 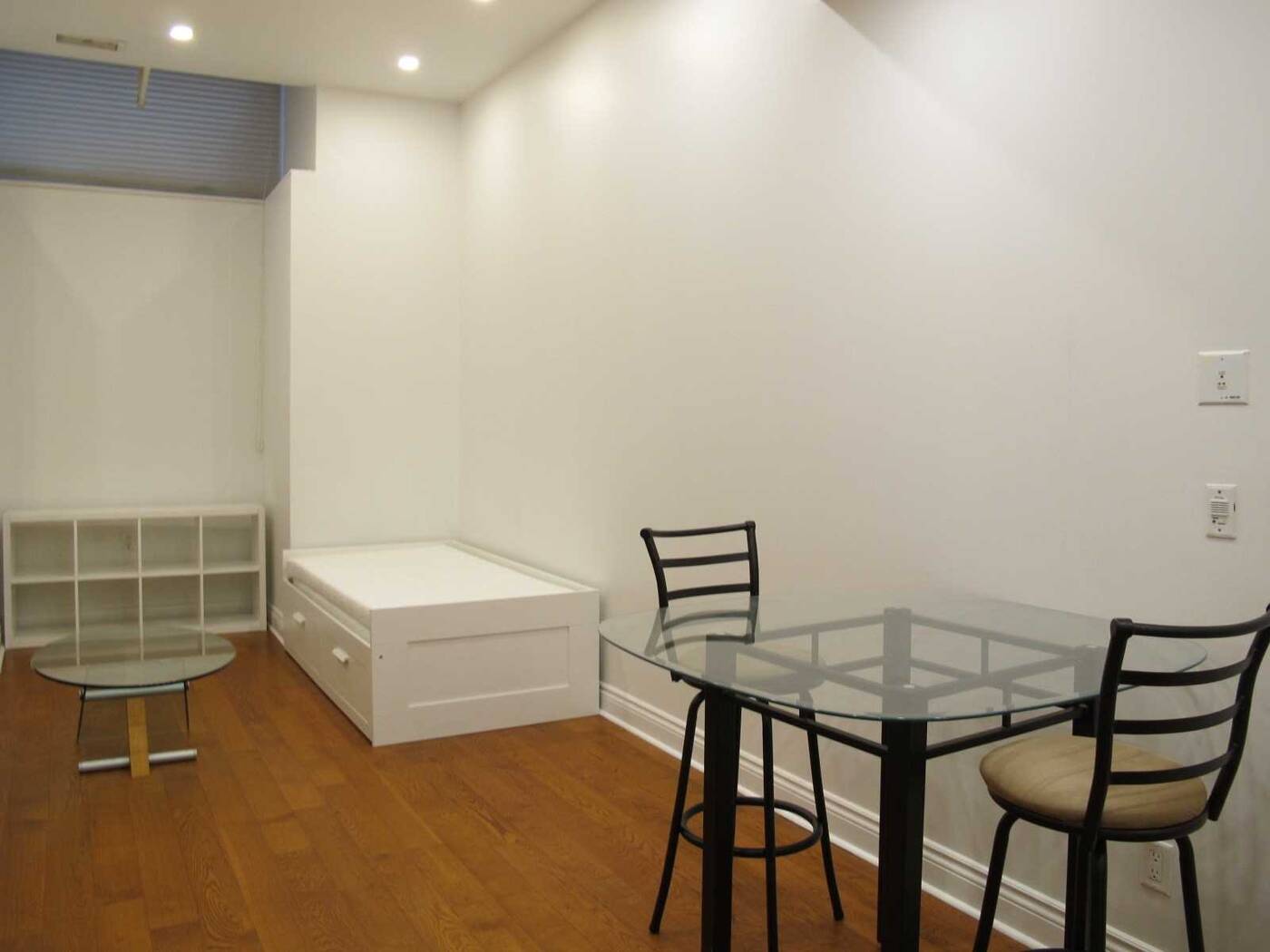 The unit also has pot lights.

But if you don't mind the lack of natural light, there are worse basement apartments out there. 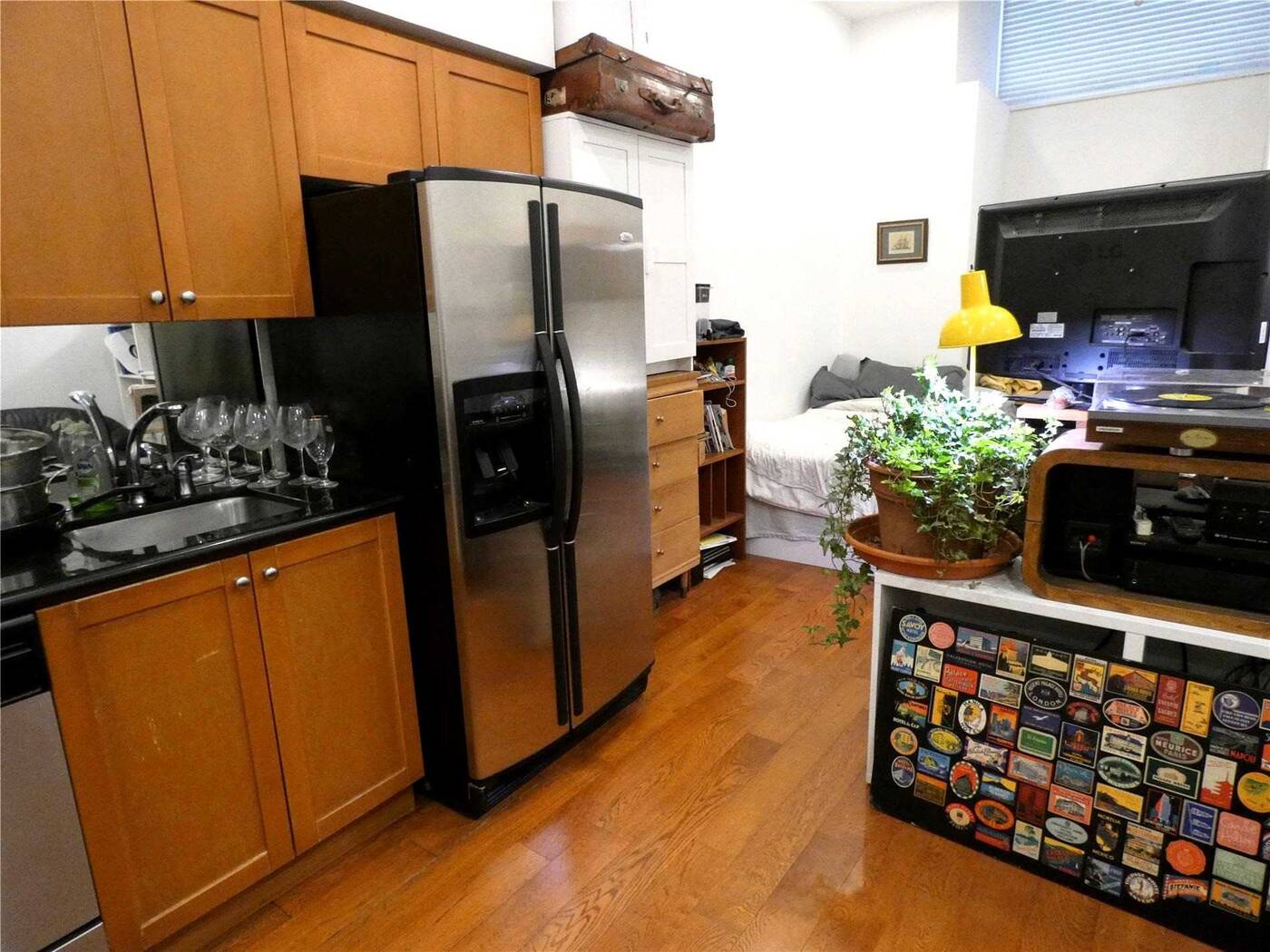 There's an in-unit washer and dryer.

This one at least has high ceilings, wood floors, and full size appliances. 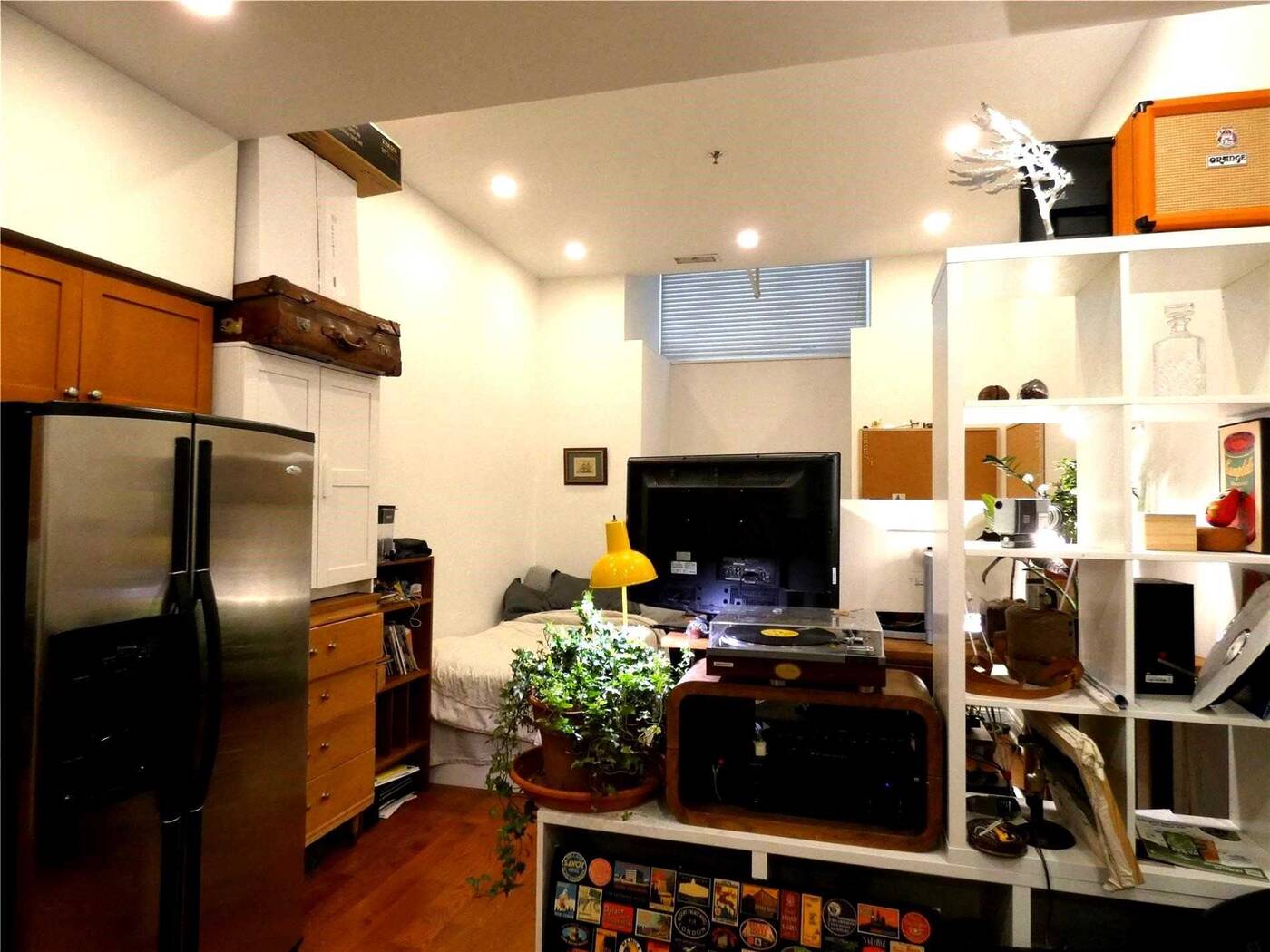 The high ceilings mean you can take advantage of vertical storage.

The total square footage is just under 500-square-feet and according to the listing the bathroom has slate tiles and a "spacious shower"... not that it's pictured. 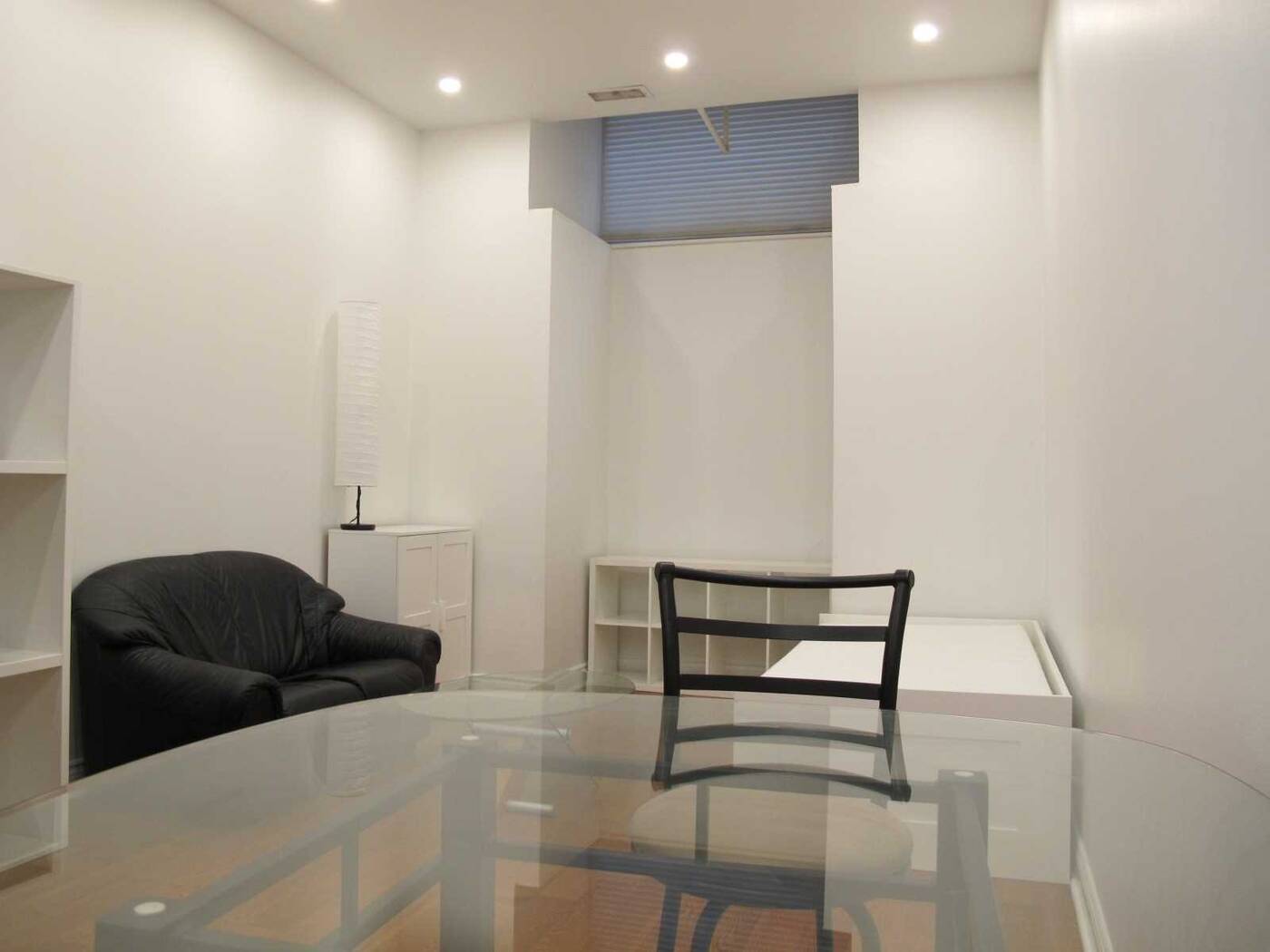 The condo is within walking distance to the PATH.

The building doesn't really have amenities apart from concierge services and this unit doesn't come with parking or a locker. But maintenance fees are only $369 a month, so there's that. 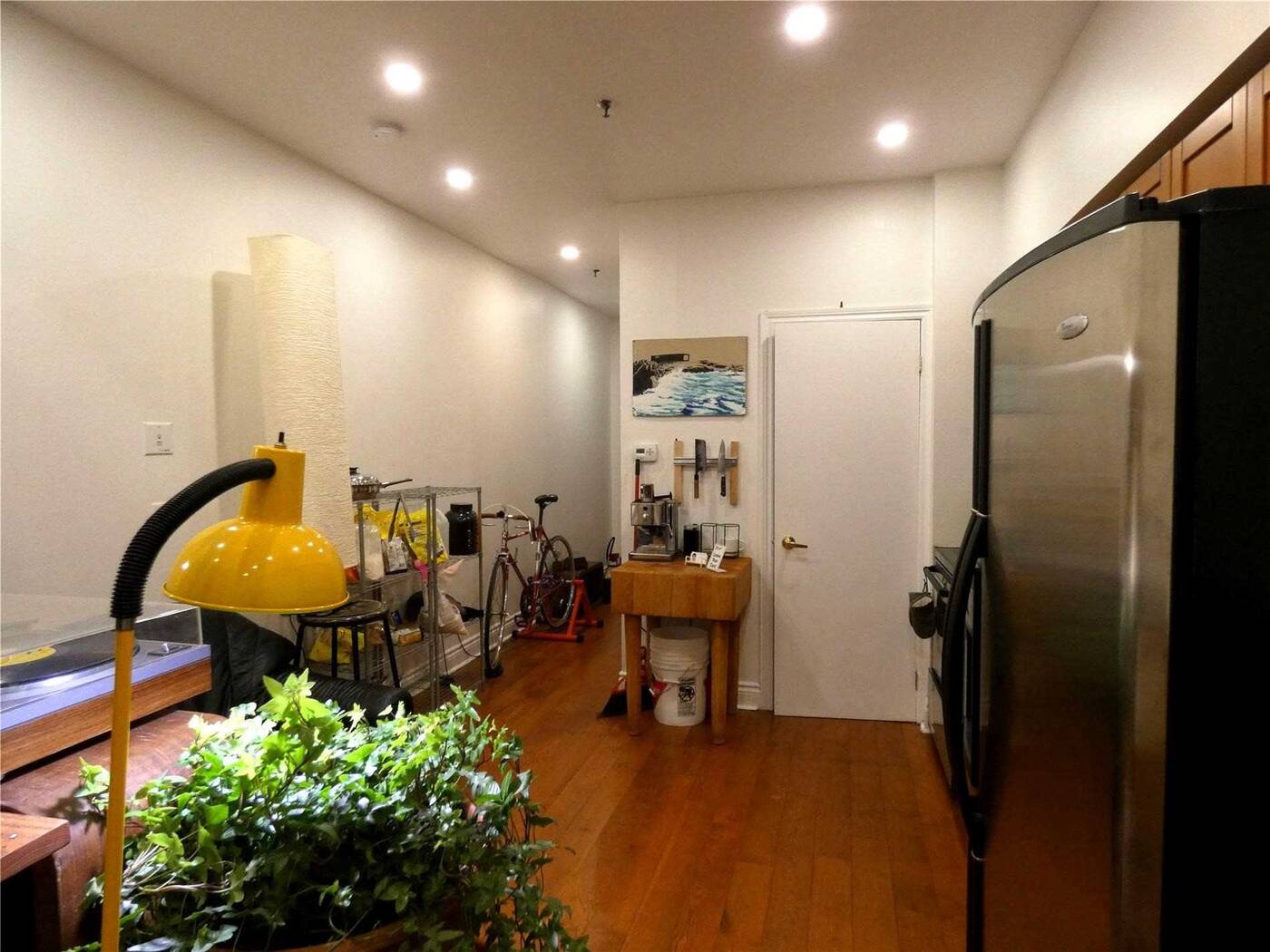 The biggest selling point of this place is probably the location, as it's close to literally everything downtown. 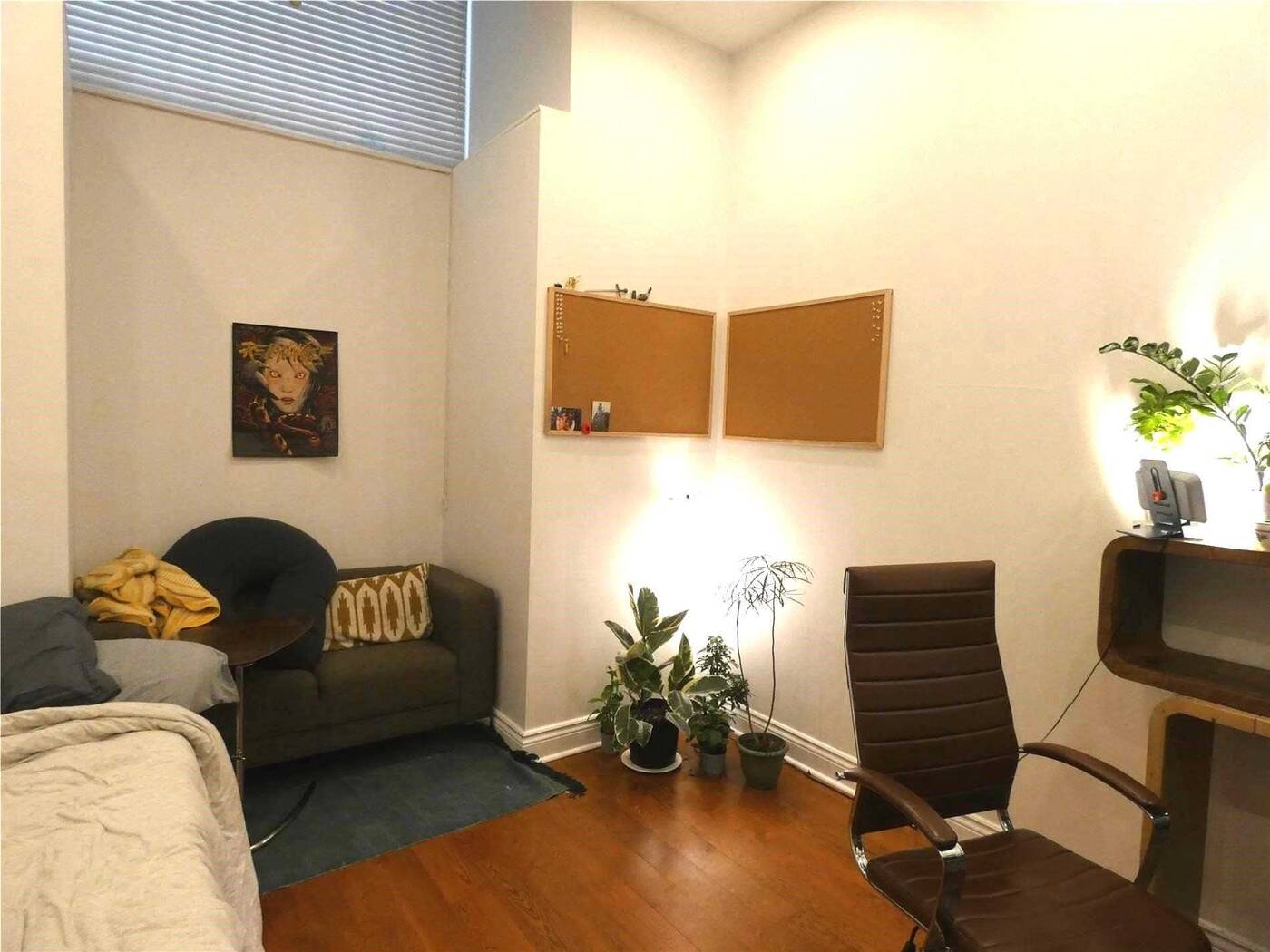 There is one window.

But for nearly $500K I can't help but feel there's gotta be something better out there, which probably explains why this unit has been on and off the market for two years.