Few streets represent Etobicoke as well as Adriatic Road, a short street near Islington and Highway 401 with only 18 homes, dead-ending onto a golf course. All of them are bungalows, designed in a very suburban 70s style.

It's not just that Brady Bunch/Edward Scissorhands suburbia vibe that makes Adriatic such a quintessentially Etobicoke street, but also its uncertain future in an area of Toronto primed for high-density change.

Almost every house on Adriatic Road is proposed to be replaced in a large-scale redevelopment tabled with city planners in April, with just one holdout at the corner of Lemsford Road giving the developers a hurdle to work around. 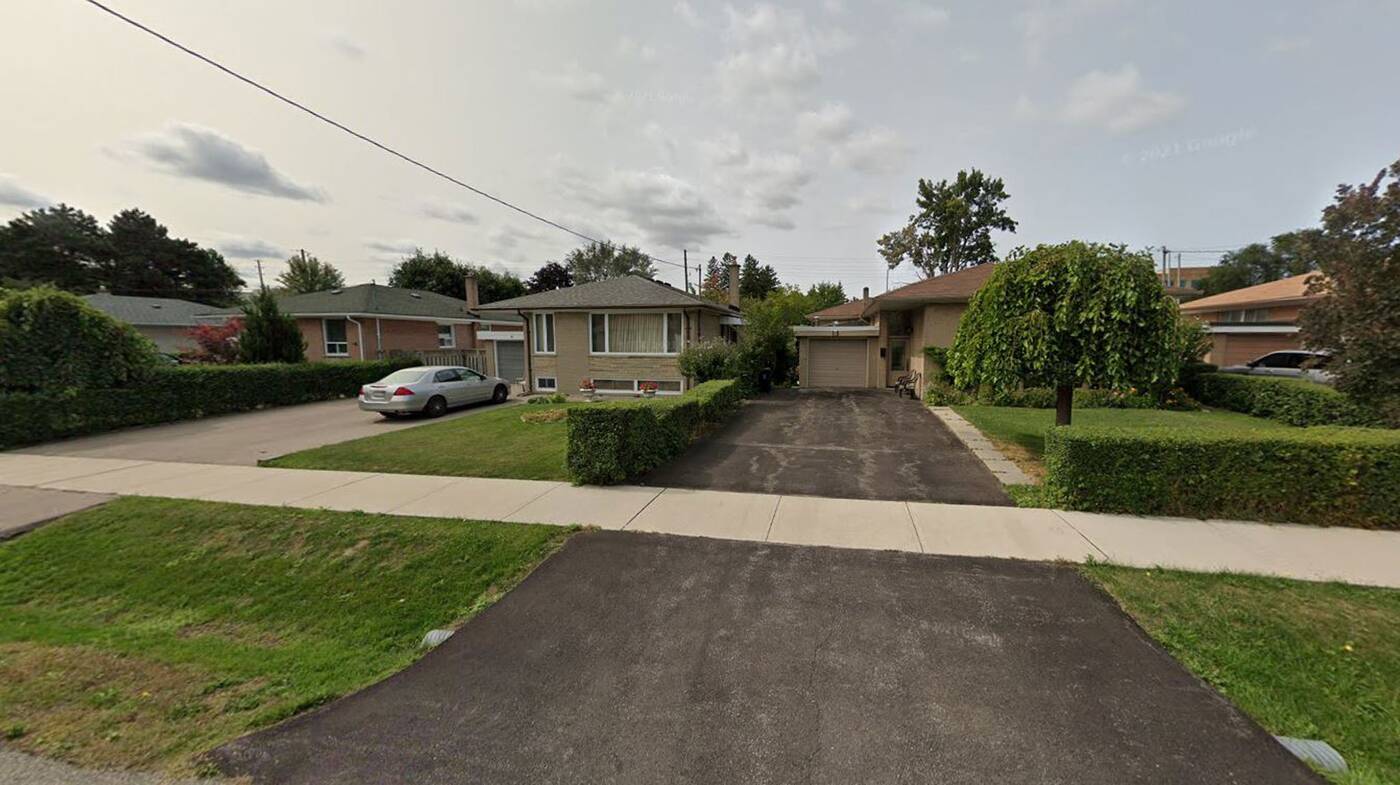 Trolleybus Urban Development wants to build three new residential apartment buildings on the quiet street. Their proposed heights of 38, 34, and 19 storeys would be a very big change from the single-storey homes that exist today, though they wouldn't be too out of character with the apartment buildings immediately to the south. 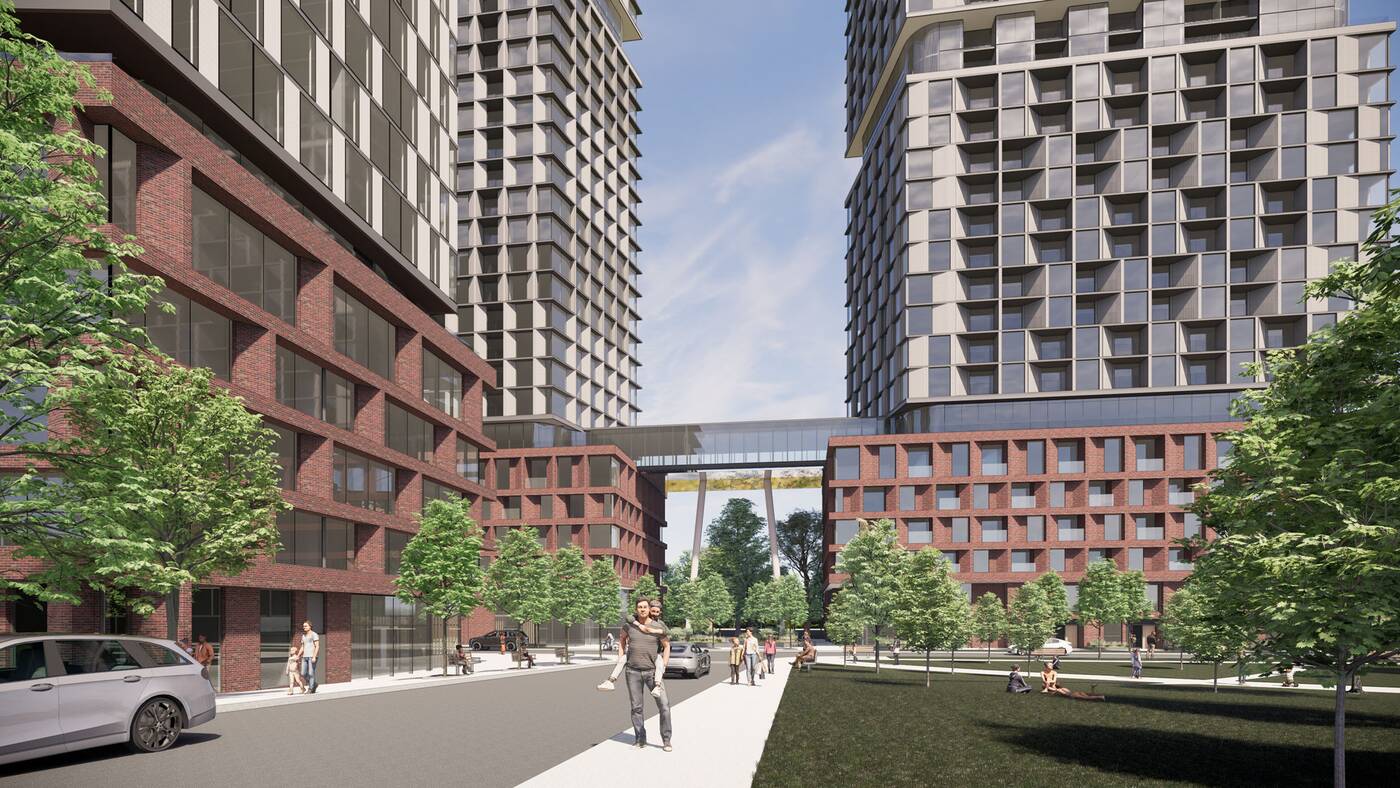 Two of the towers would be connected by a bridge framing the street's north end. Rendering by Superkül.

Designed by architects Superkül, the trio of towers — the tallest planned to rise almost 130 metres — would contain nearly 1,050 residential units. The tenure of these units hasn't yet been specified, so it is unclear if the project aims to cater to condo buyers, renters, or a combination of the two. 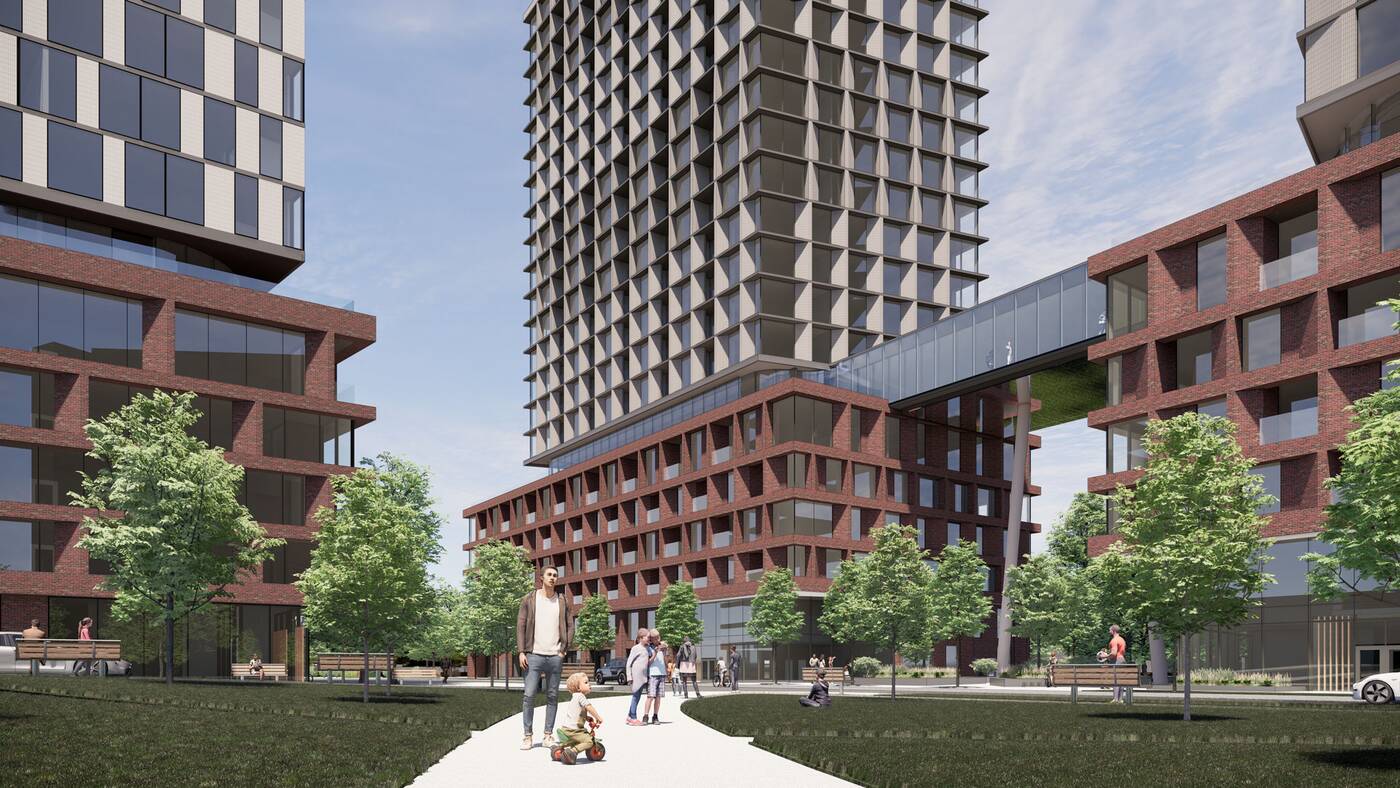 Residents of the community would get a combined 1,688 square metres of new publicly-accessible space. Rendering by Superkül.

That lone holdout homeowner at 2 Adriatic would be getting a heck of a lot of new neighbours with the proposed plan, but the residents and surrounding neighbourhood would also benefit from a new 930 square-metre public park and adjacent 758 square-metre privately-owned public space. 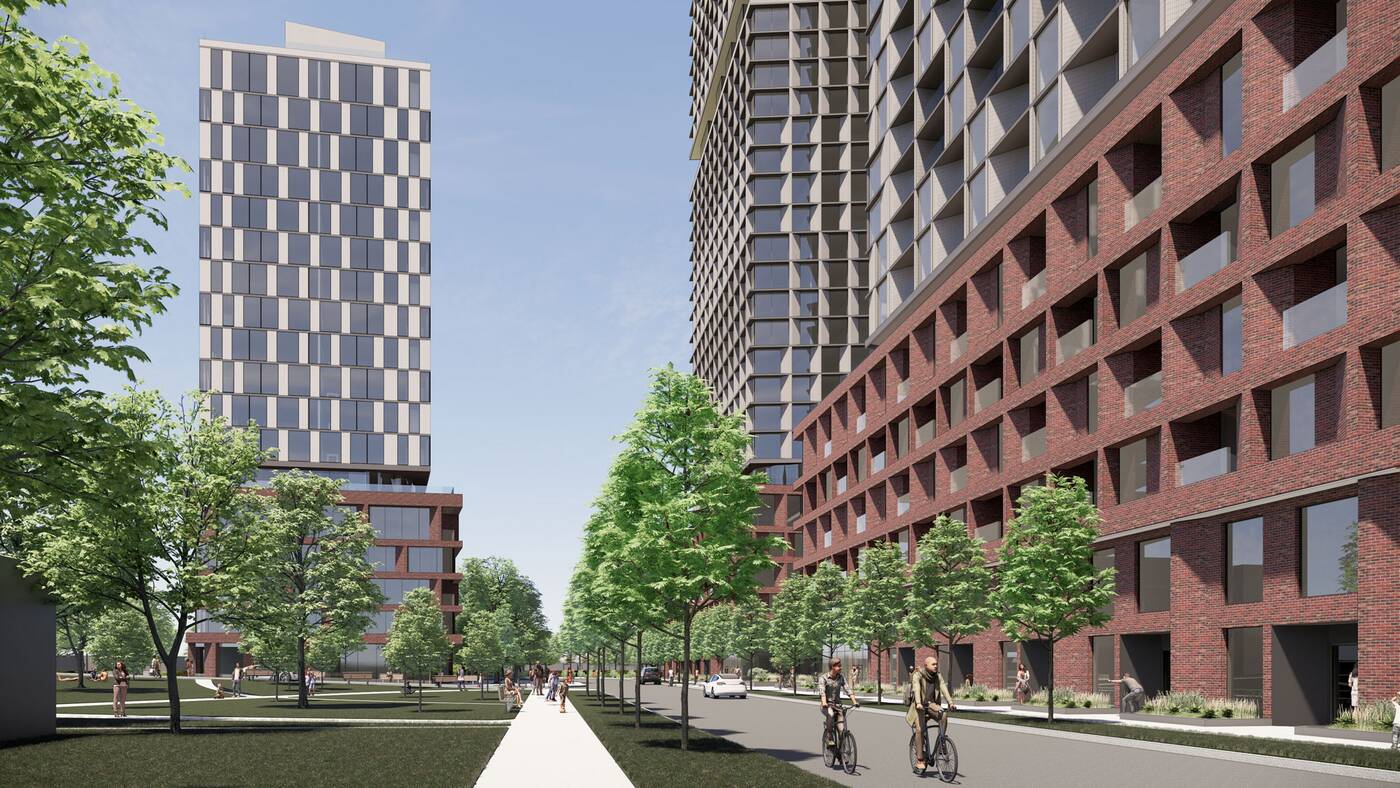 The lone holdout house is visible on the far left. Rendering by Superkül.

This combined 1,688 square-metre public space, located at the southwest corner of the site, is expected to be programmed to support recreation activities, including outdoor seating and a playground.

Of course, residents of the home and surrounding streets would have to contend with up to 700 new cars in their neck of the woods, the development proposing 646 resident and 54 visitor parking spaces in addition to 784 bicycle parking spaces.