A block of Isabella Street in Toronto's Church Wellesley Village neighbourhood could look substantially different in the coming years.

Hot on the heels of a major condo tower proposal at 88 Isabella, another development application has been submitted to redevelop the properties next door at 90-94 Isabella with a soaring 69-storey condominium tower, both plans coming from the team of Capital Developments and Diamond Schmitt Architects.

The site is home to a group of four heritage-designated homes including the 1888-built Foy/Smith House and the 1885-built Mrs. Helen E. McMaster House.

But while redevelopments that include heritage properties are often presented in a bad light, Carlo Timpano, President at Capital Developments, contends that they're trying to do something different here, the developers opting for a more intensive heritage retention than other projects that take the less thorough facadectomy approach. 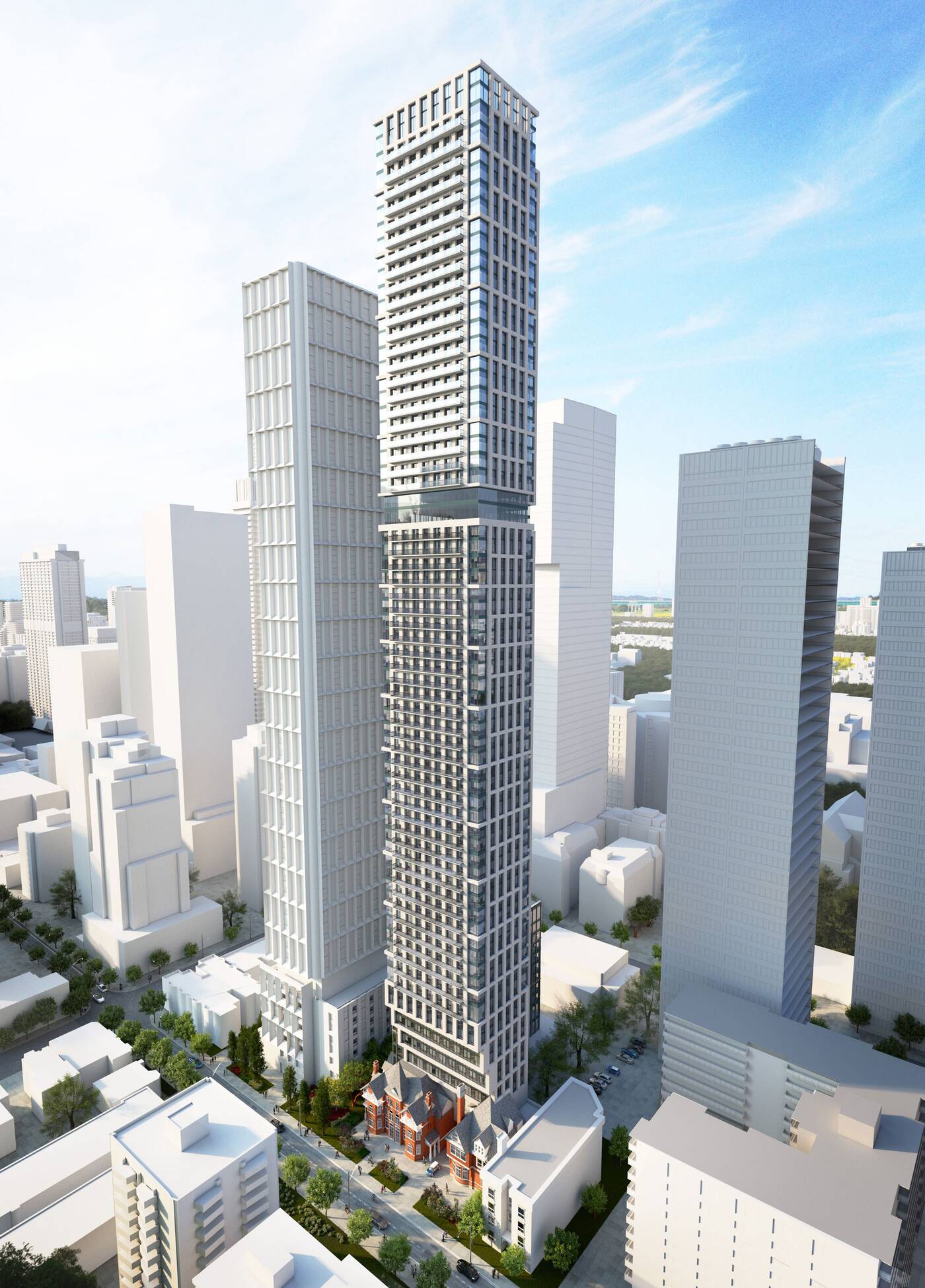 "Images show that the heritage buildings are largely retained, well beyond just the facades as is typical. This would be akin to a James Cooper Mansion or a Selby," says Timpano, referencing other nearby builds that have successfully integrated large portions of heritage buildings into their bases.

The segmented tower above will feature a lower portion finished in silver reflective glass and grey masonry forming a grid. Timpano says that a multi-story mid-tower section will be clad in a high-quality curtainwall glass, visually dividing the lower half of the tower from the upper floors.

The design is still a work in progress, and Timpano says that the team is "considering alternative colours for the towers and considering the amount of glazing and balconies to enhance energy performance," while ensuring that the heritage base stands out at street level.

Despite the identical development teams, side-by-side addresses, and similar height ambitions, Timpano stresses that the proposals are completely separate and the sites were acquired at different times, though there has been some overlap in their design teams. 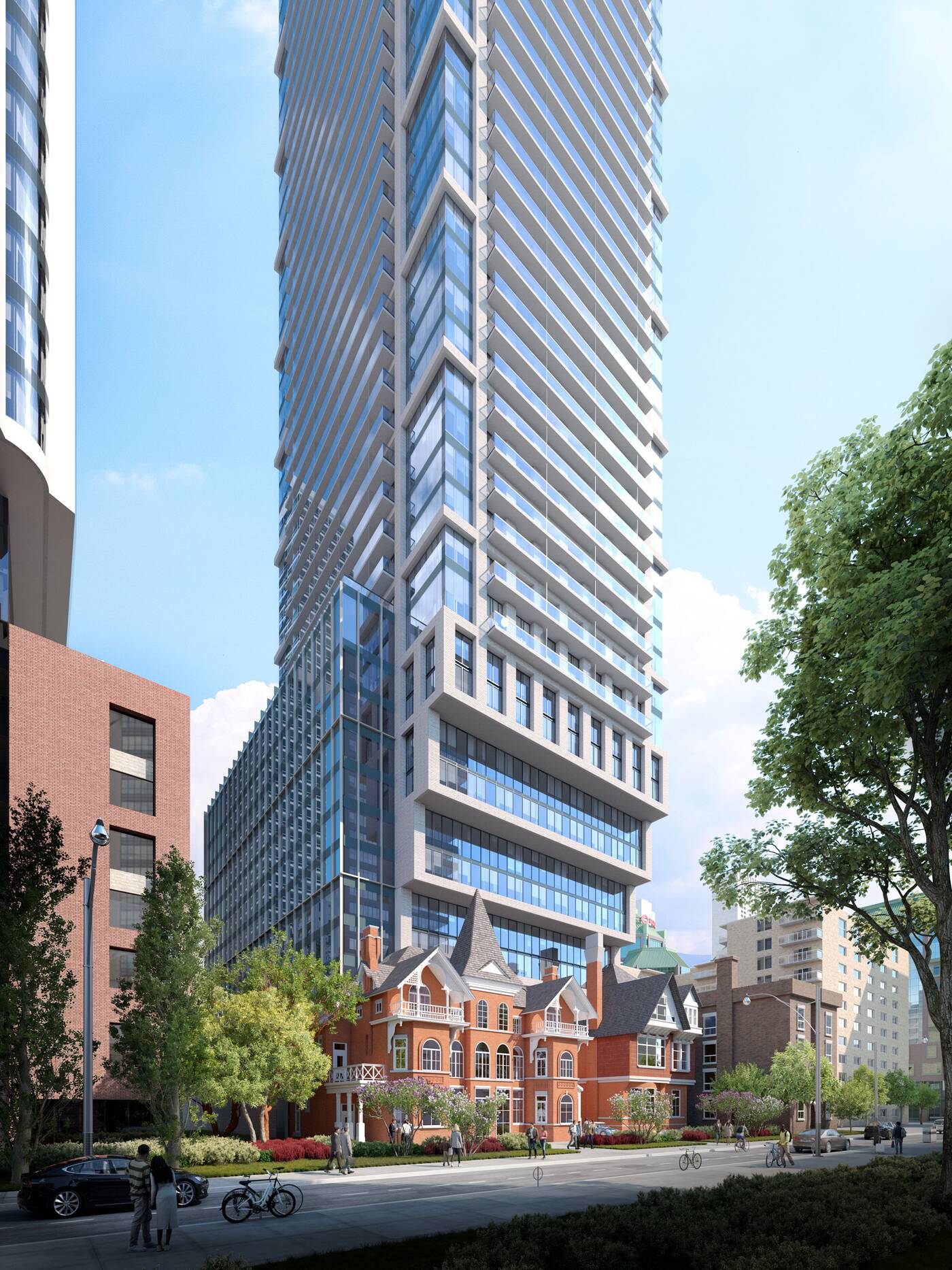 A total of 837 condo units are proposed across the 570,000 square-foot tower, and while eight units exist on the site today, the city's rental replacement policy does not cover commercial or condo units such as those at 90-94 Isabella.

A park is proposed between the two towers, with Timpano clarifying that the parkland planned on the site is in partial satisfaction of a community benefits package being worked out with the city in addition to affordable housing requirements.

Capital Developments will likely have to cough up some cash or acquire additional off-site land to fully meet requirements. 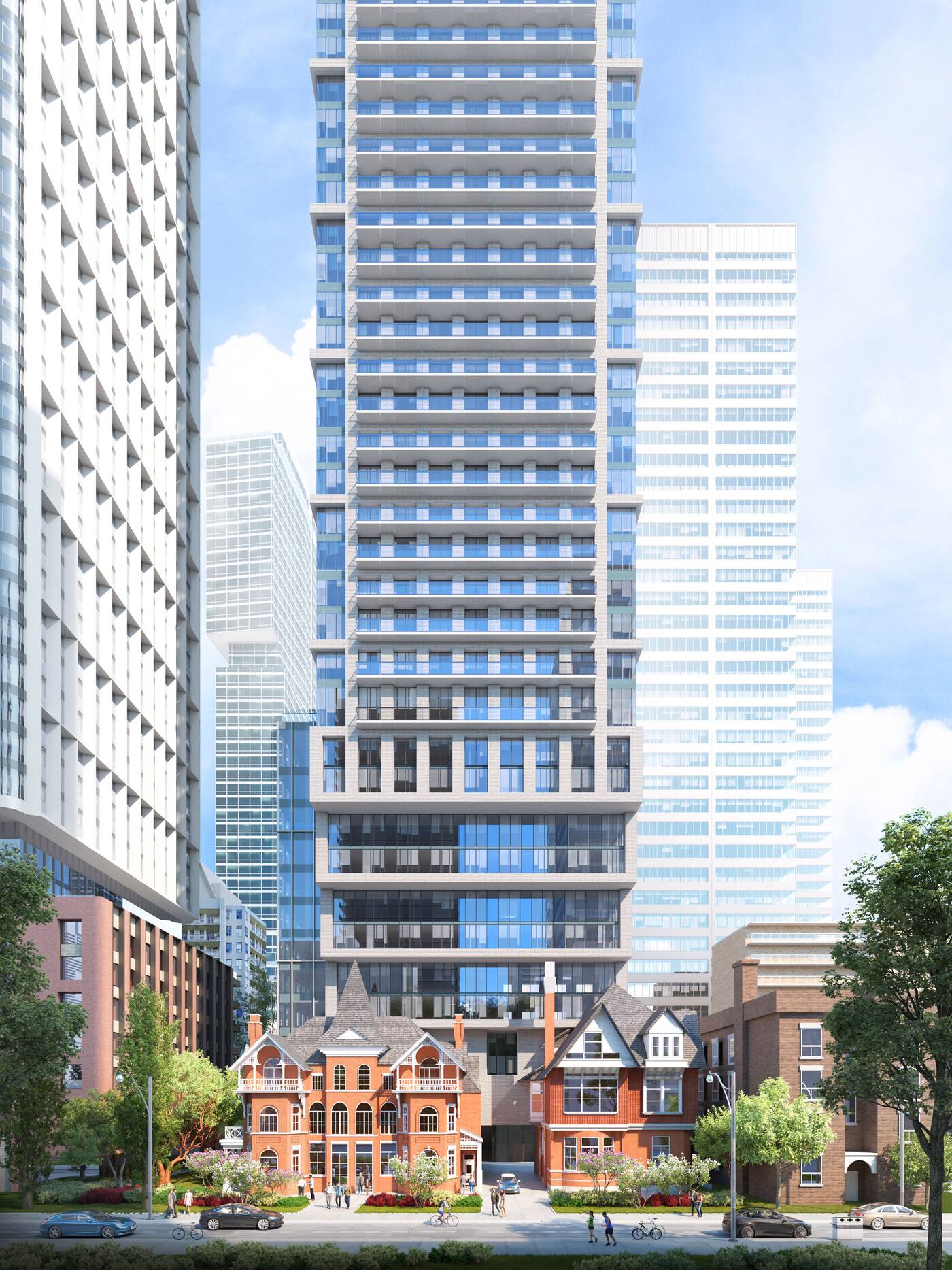 Timpano admits that from a policy standpoint, the City's Official Plan calls for buildings to transition down in height from Sherbourne to Church, though citing nearby existing towers and projects approved (through appeals), he thinks the site is a fitting candidate for some major height.