When a suspicious fire tore through a protected heritage building and proposed condo development site in early 2020, it seemed like another example of old Toronto building stock was under threat of being erased.

But that will not be the case, as a new development application is promising to save and restore the building at 424 Wellington Street West, expanding it with a modern new addition tucked away to the rear, and no added height or residential.

At the time of the fire, the pair of late 19th century homes were the subject of a development proposal from Lamb Development Corp., owned by controversial condo developer Brad Lamb, who had proposed a high-rise condo development perched above the heritage property, formerly known as Wellington House.

Toronto firefighters are responding after explosions were heard coming from an abandoned building near Wellington and Spadina - 📹 @martingravel #Toronto #Fire #TorontoFire pic.twitter.com/JjWKXLqIKy

But that project would ultimately be caught up in the planning and approvals process, and with the project's wheels spinning but failing to gain traction, the site was sold off to Allied Properties REIT in 2021.

And their plans are looking a whole lot different than the high-rise building tabled years earlier by Toronto's self-proclaimed condo king.

Allied has been hard at work restoring the existing property, the abandoned building heavily damaged by a small explosion and subsequent two-alarm fire. 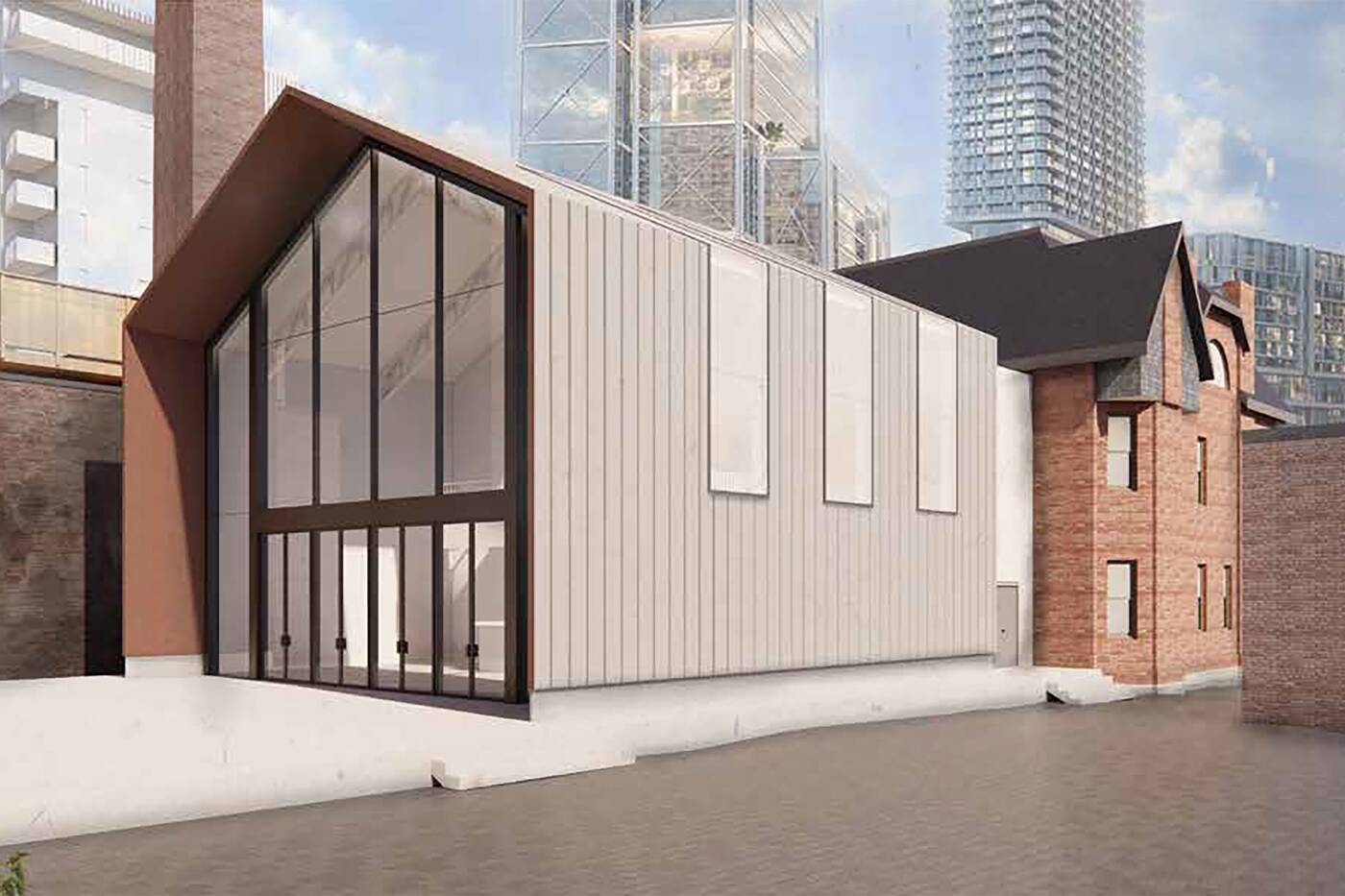 In addition to fixing up the buildings to their original charm, Allied has applied to build a three-storey rear restaurant addition designed by ERA Architects, along with the introduction of outdoor patios and landscaping that would allow people to filter through the site.

Unlike the development applications that preceded the current plan, the proposed restaurant and patio addition does not require rezoning, and is currently subject to a minor variance application currently under review by city staff.