While laneway homes are becoming more common in Toronto, most of them are newly built.

Their exterior often looks like a shipping container or fancy box, while their interiors are sleek, modern and minimalist, which is great if you like that sort of thing.

But if you're a fan homes with heritage and character, there aren't that many options on the market. 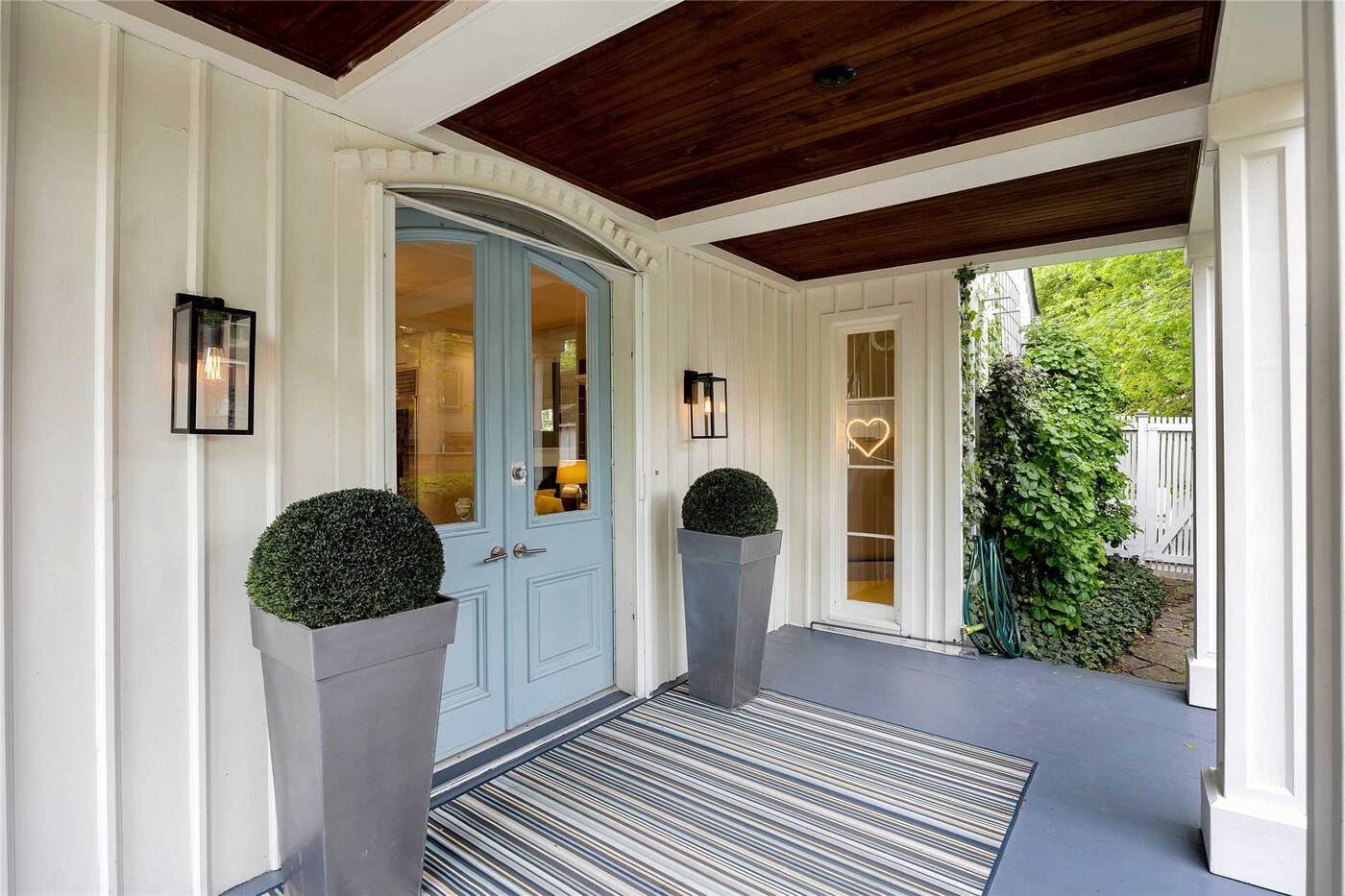 And yet, nestled next to a park and bookended by a row of Victorian homes on the adjacent street is this one-of-a-kind laneway home in Riverdale. 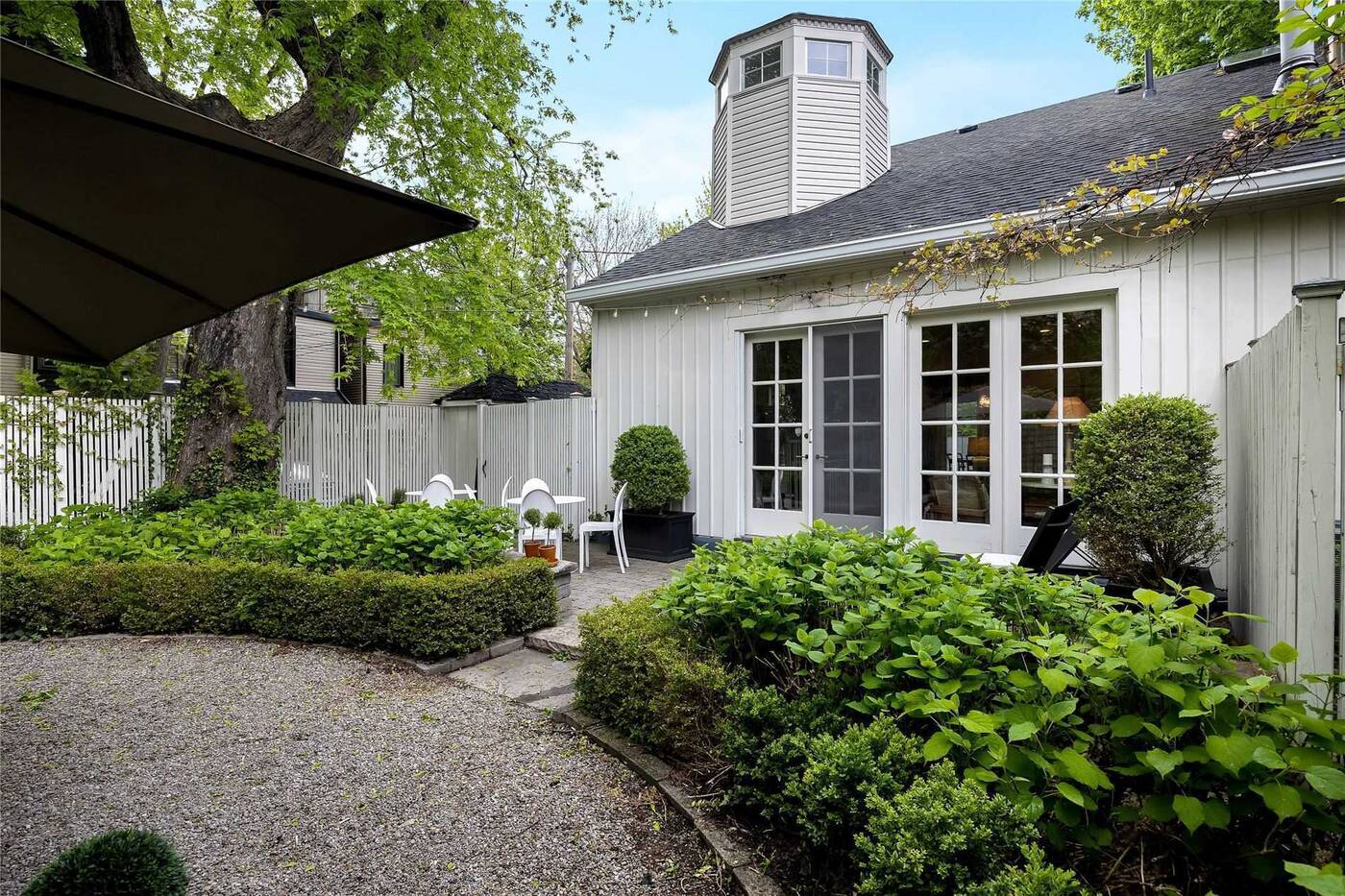 Originally built in 1880 as the stables to the fire hall next door, 1 Greig Avenue is an architecturally interesting and completely unique home that even has its own postal code, realtor Kimme Myles told blogTO. 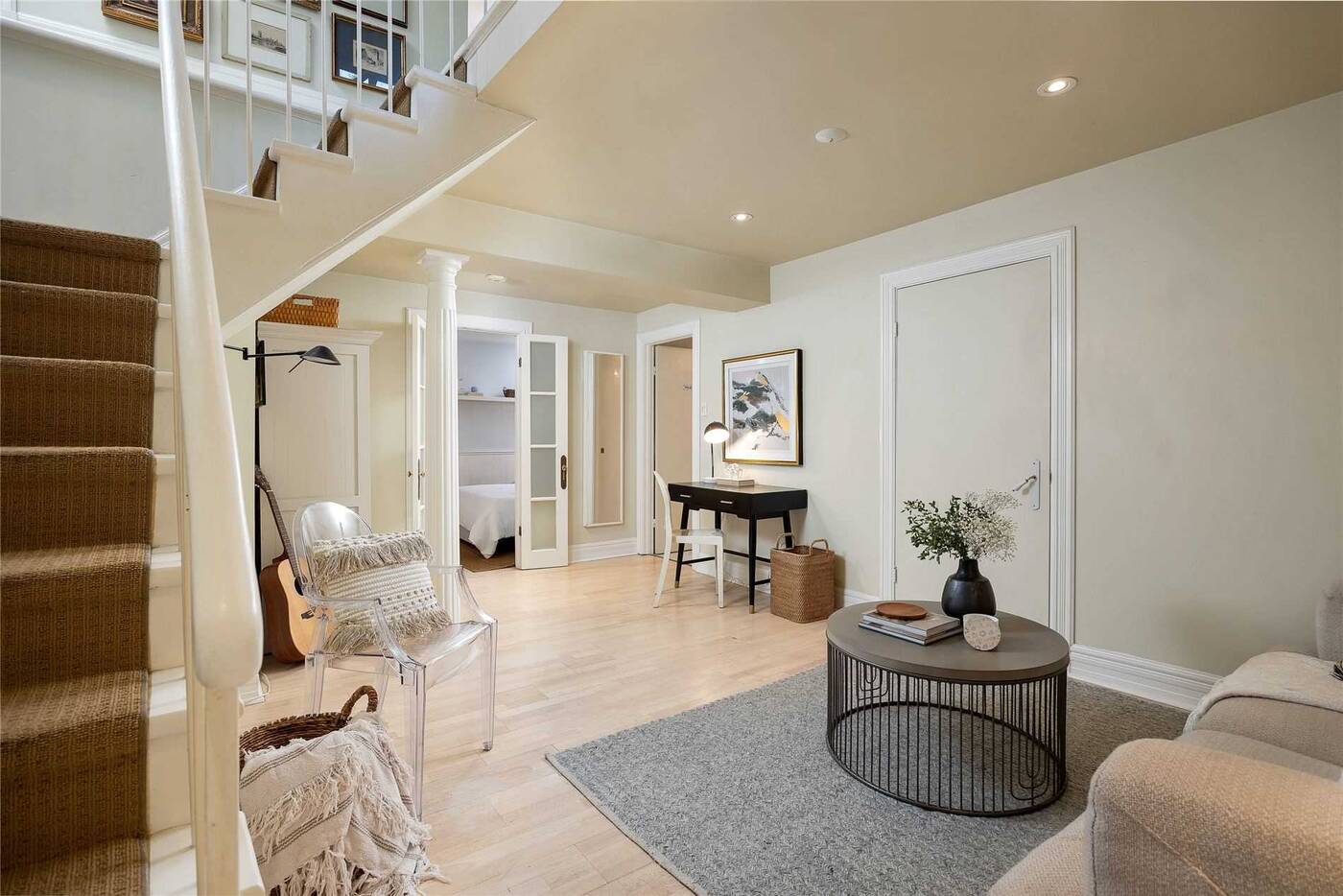 "Not even our Prime Minister can boast this," she joked. 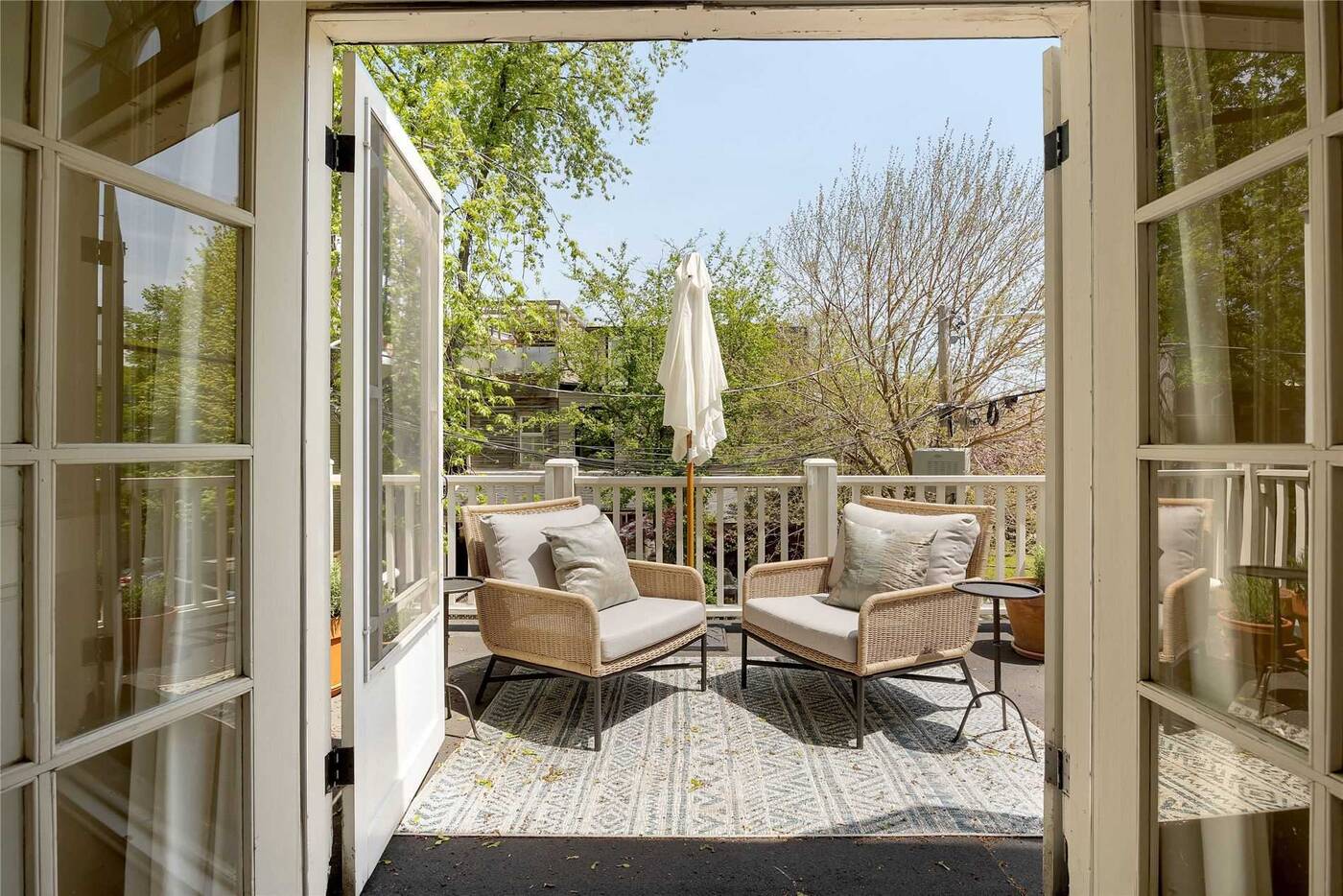 The rooftop patio off the primary bedroom.

The home was rebuilt and designed by Michelle Lloyd Berman and the late Christine Ralphs, with an odd helping hand from Canadian fashion designer Alfred Sung. 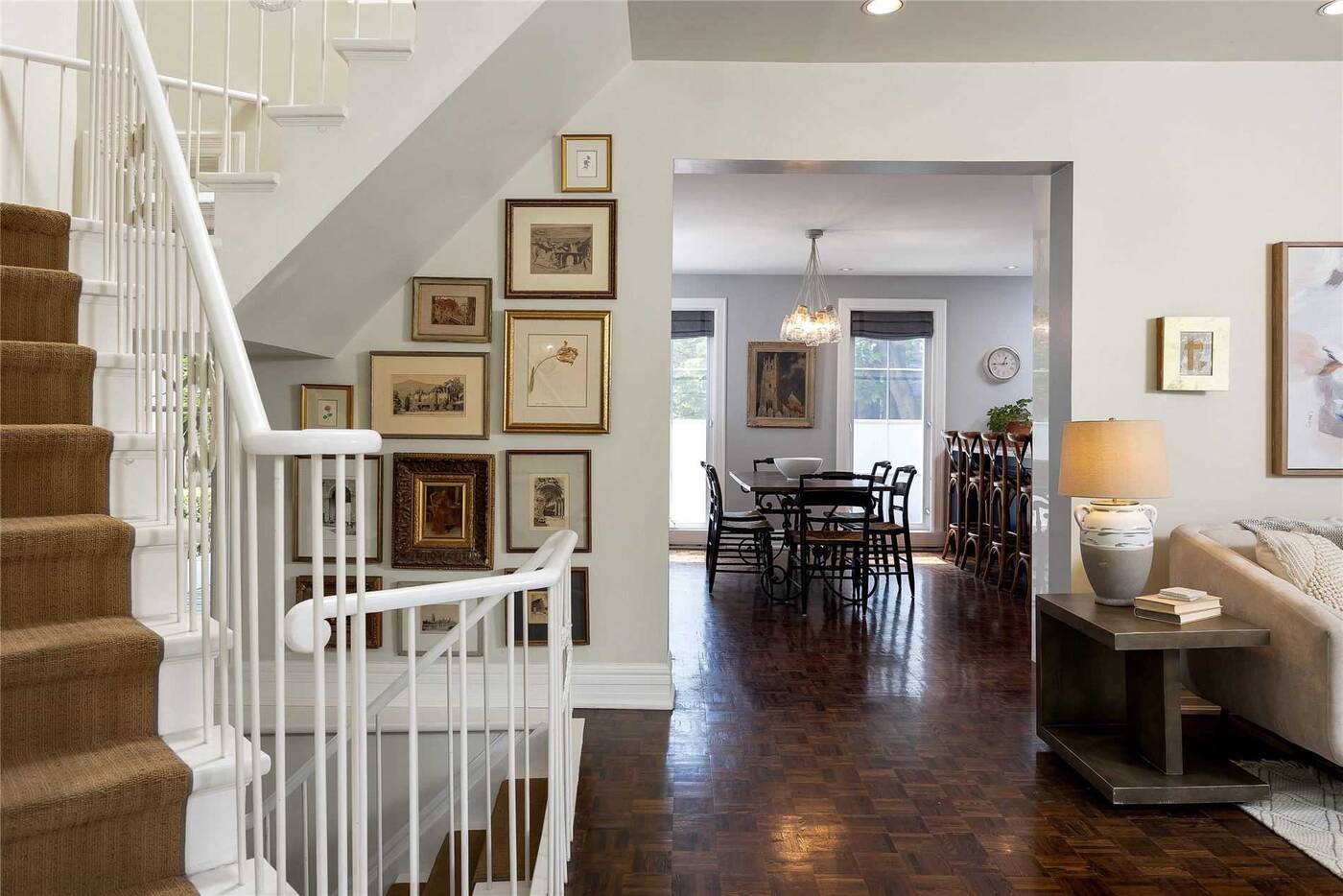 The view into the dining room and kitchen from the living room.

The designers managed to keep some of the original attributes, while bringing in modern touches. 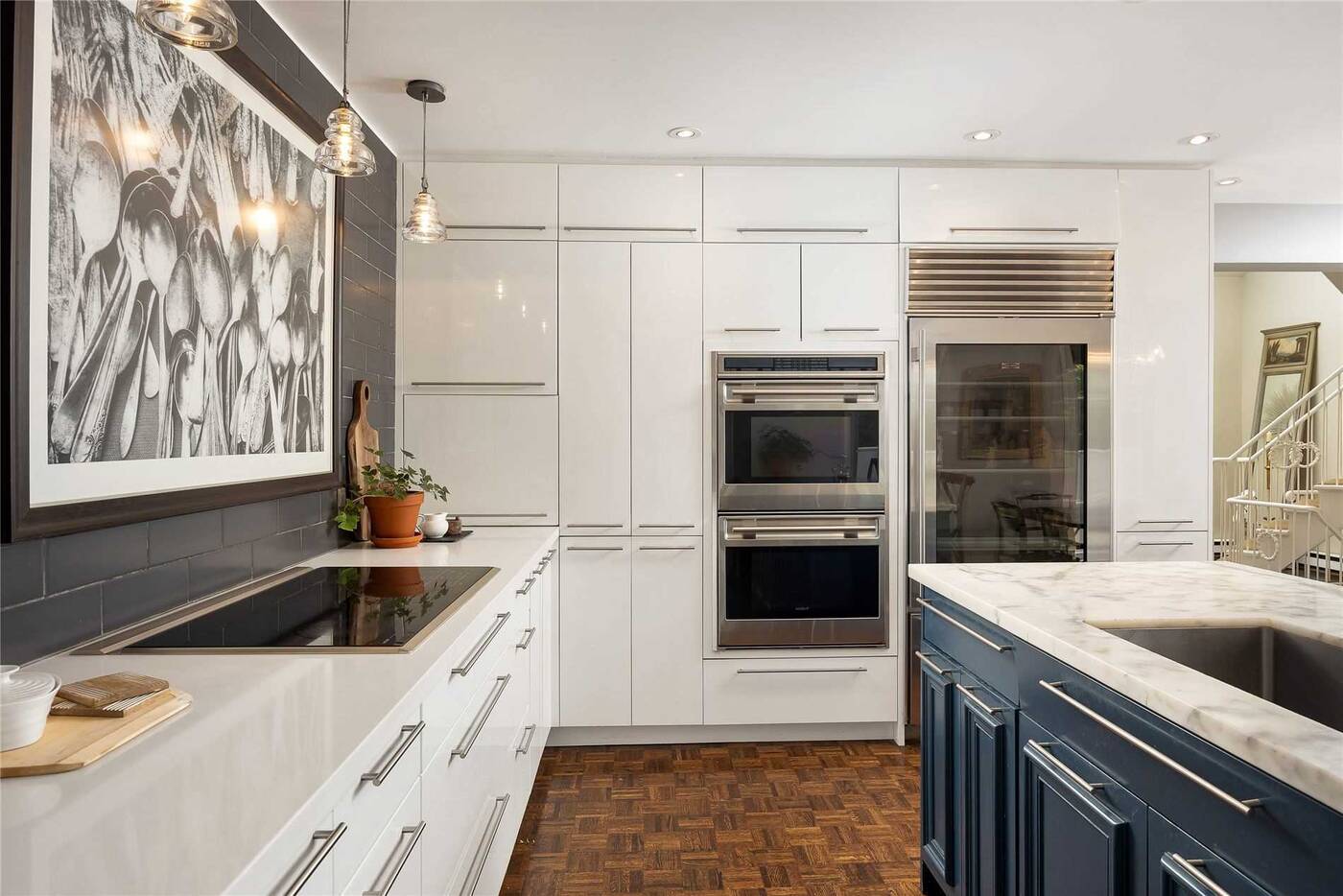 The result is a stunning small home with plenty of charm, character and natural light. 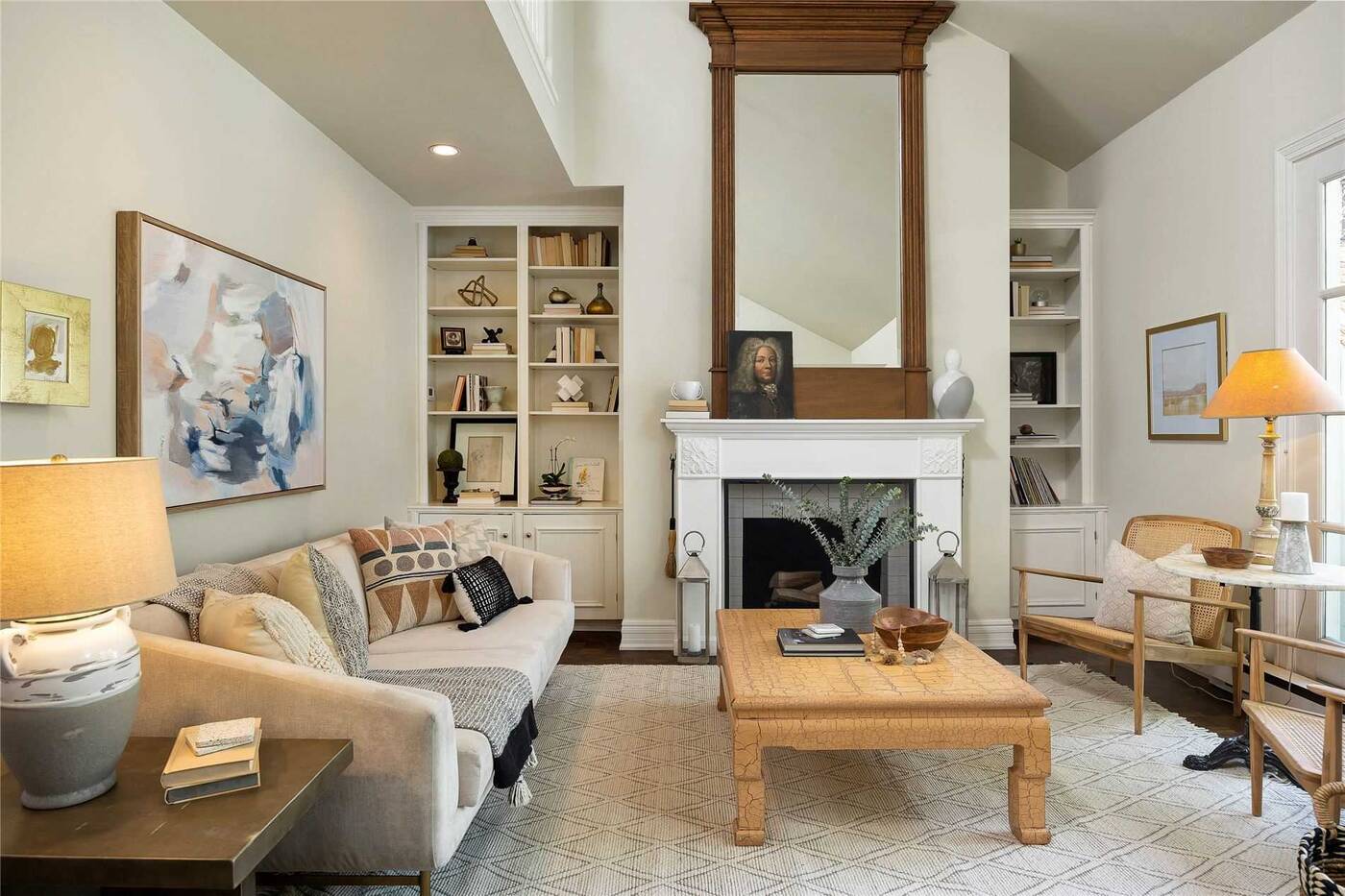 The living room with a fireplace and built-in bookcases.

"It has a bit of a French countryside vibe and is warm and inviting with a wood-burning fireplace," noted Myles. 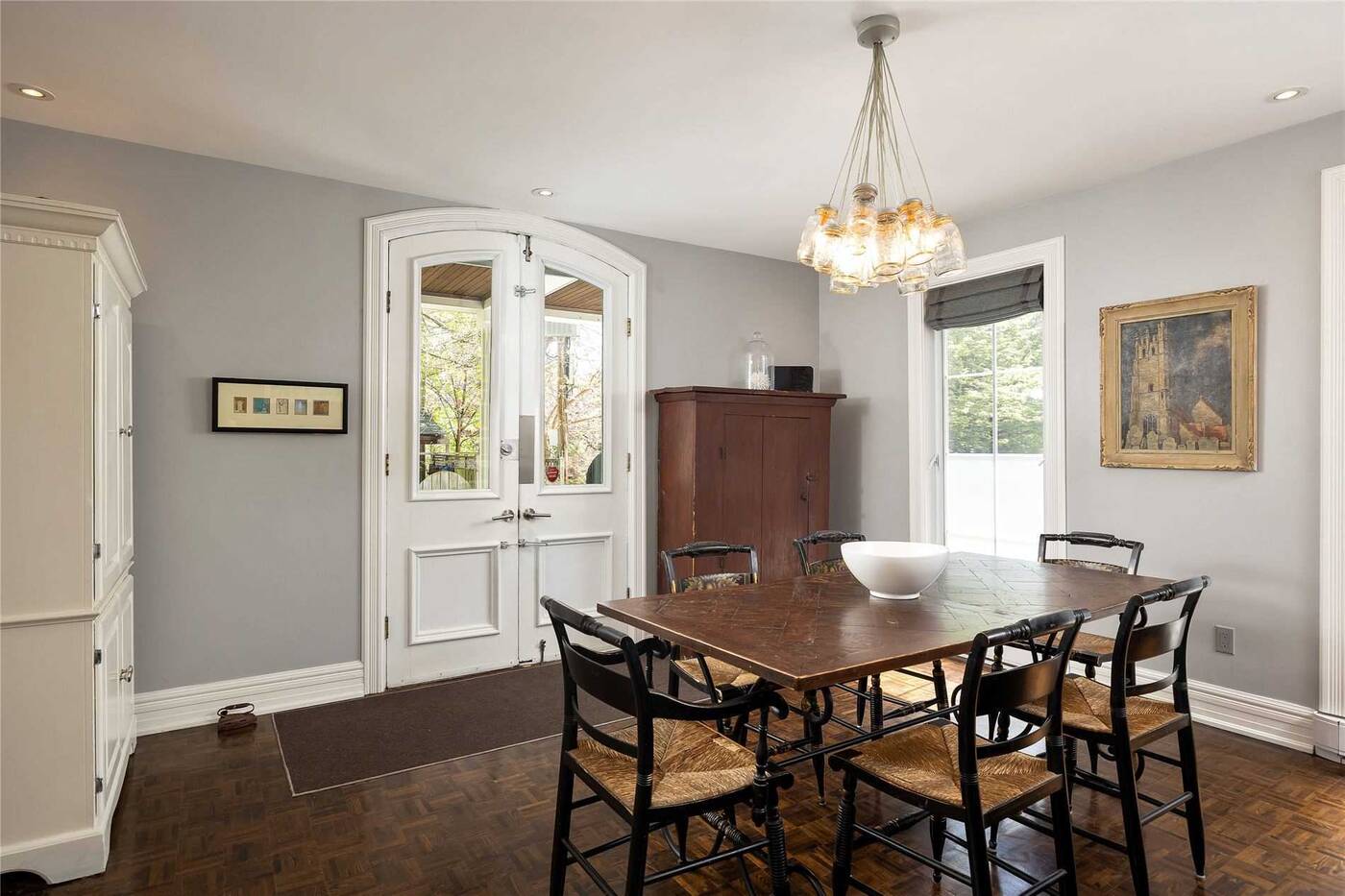 When you enter the home you're imediately in the dining room and kitchen. 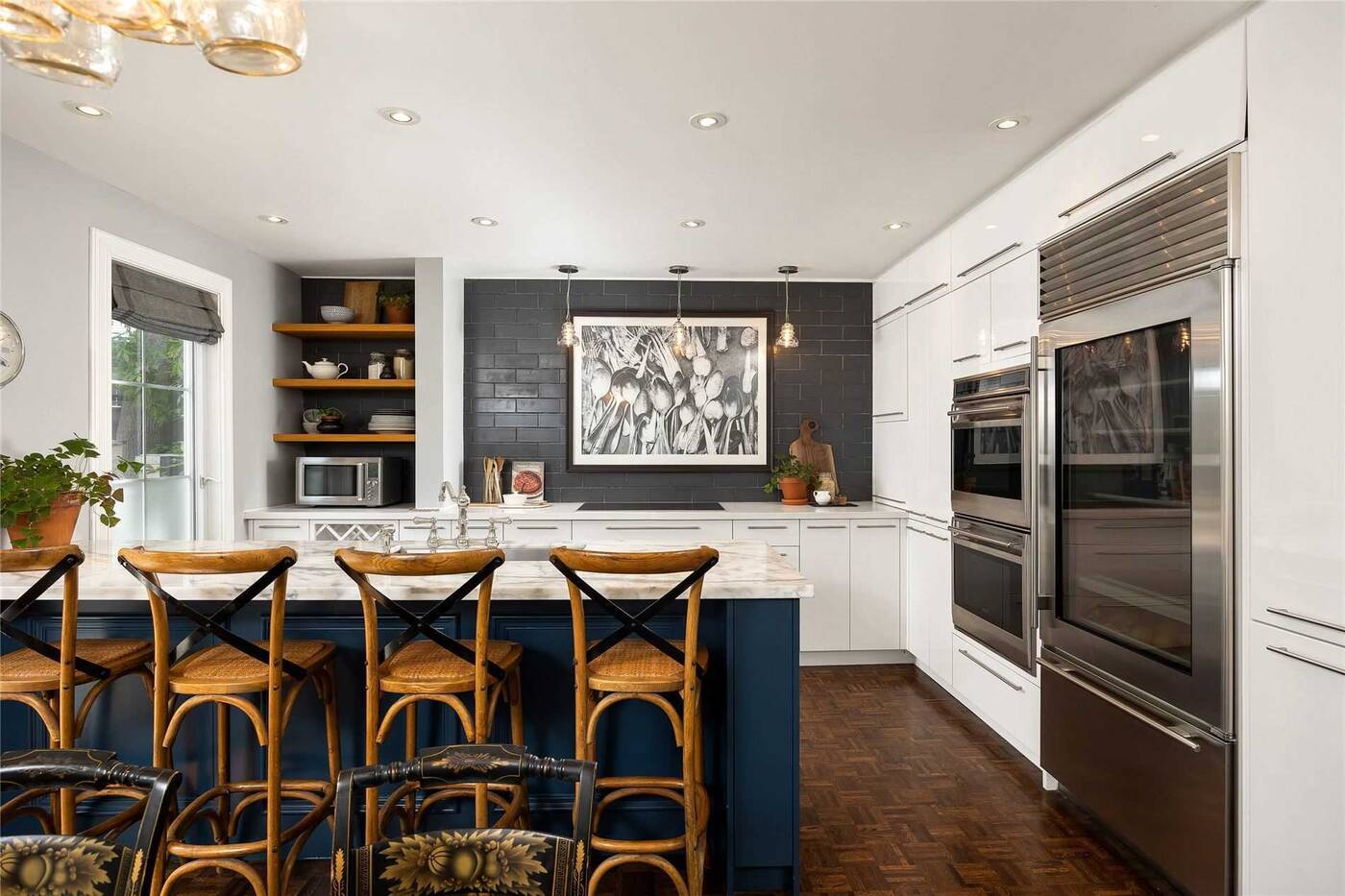 The kitchen is the most modern parat of the home and has been recently updated with Sub-Zero and Wolf appliances. 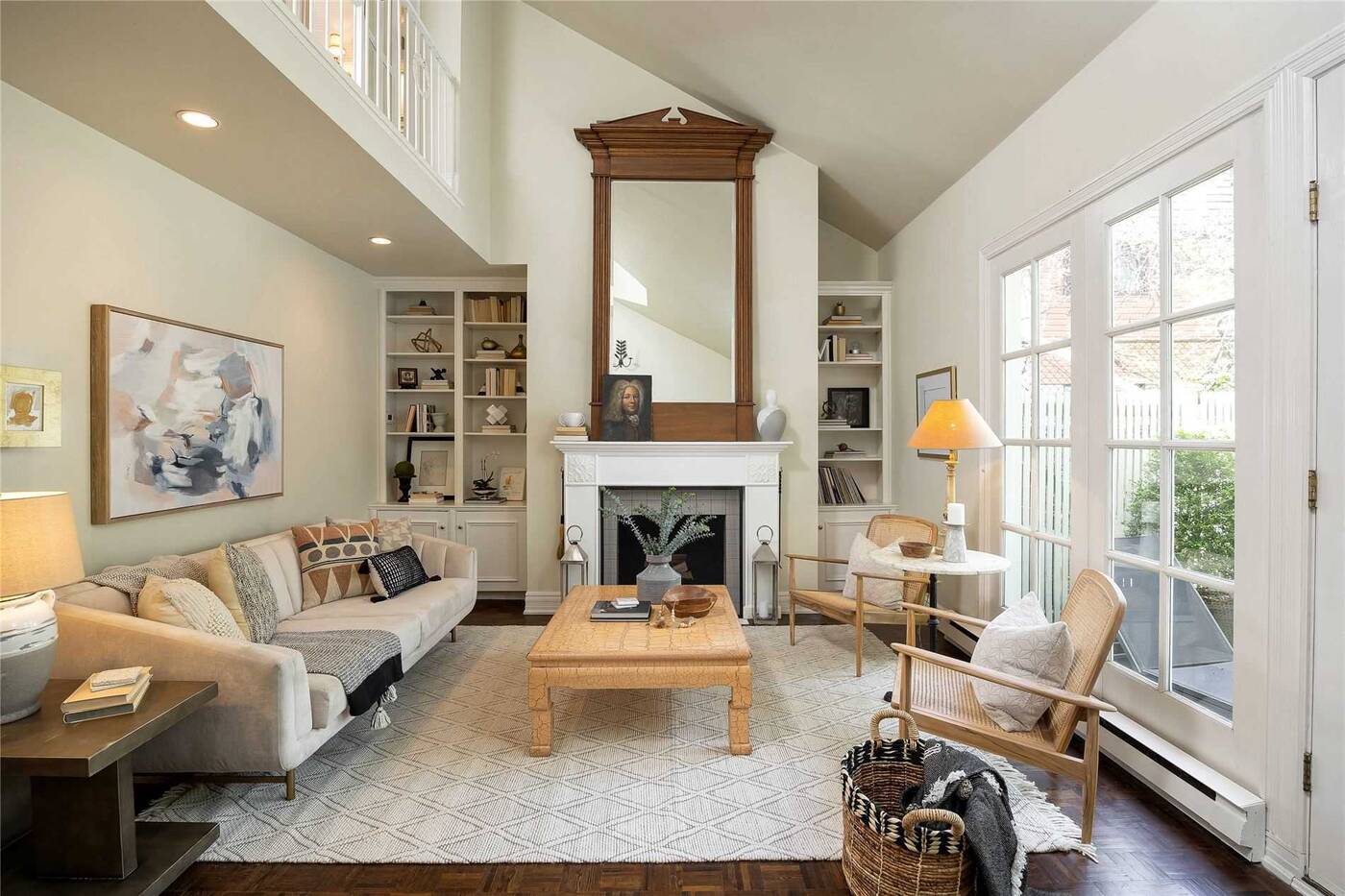 The living room has vaulted ceilings.

The living room has soaring ceilings with larage windows and walks out to a spacious private courtyard through French doors. 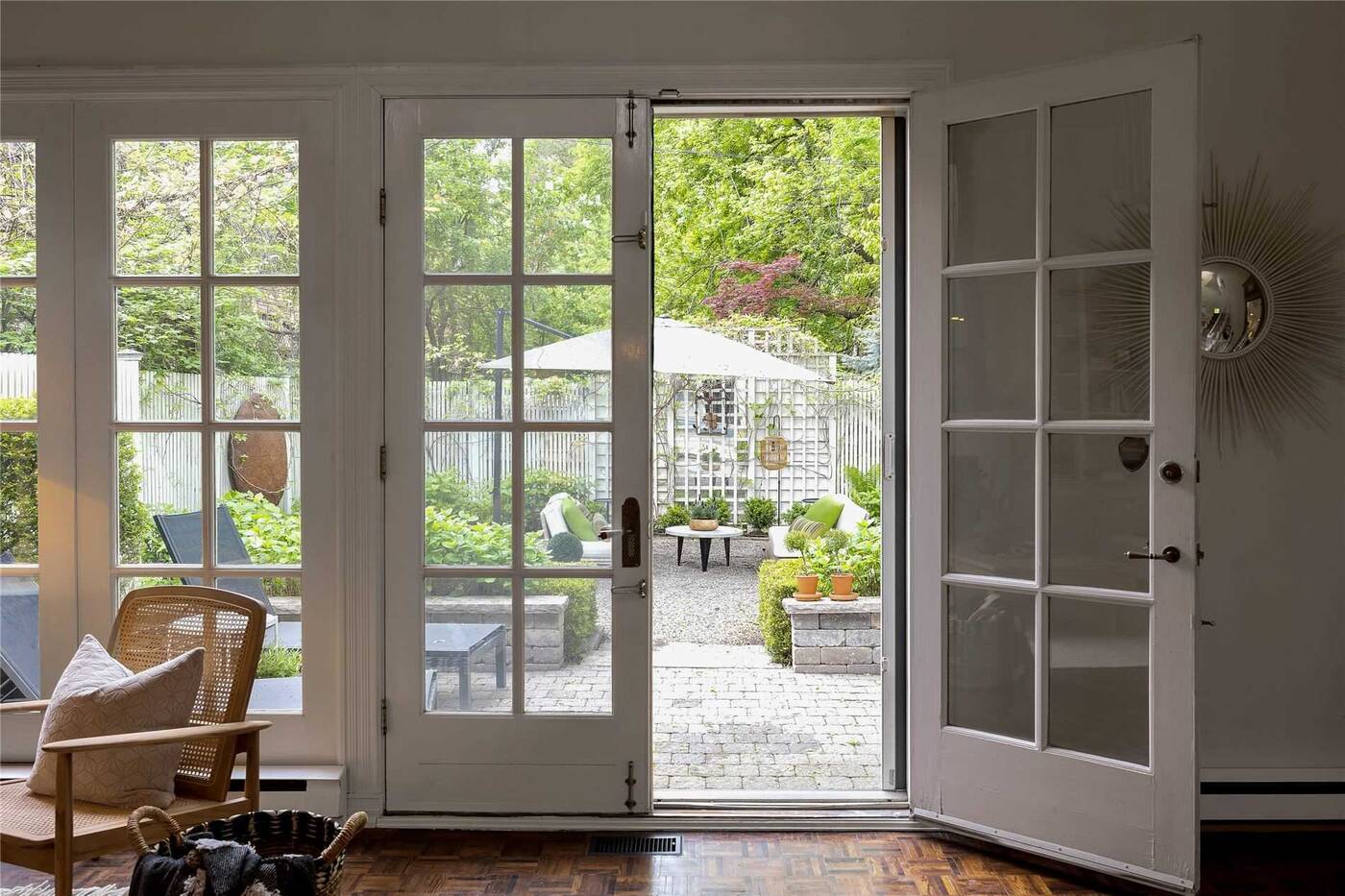 French doors lead to the courtyard.

The courtyard is quaint and private. In fact, according to Myles the whole home is quiet. 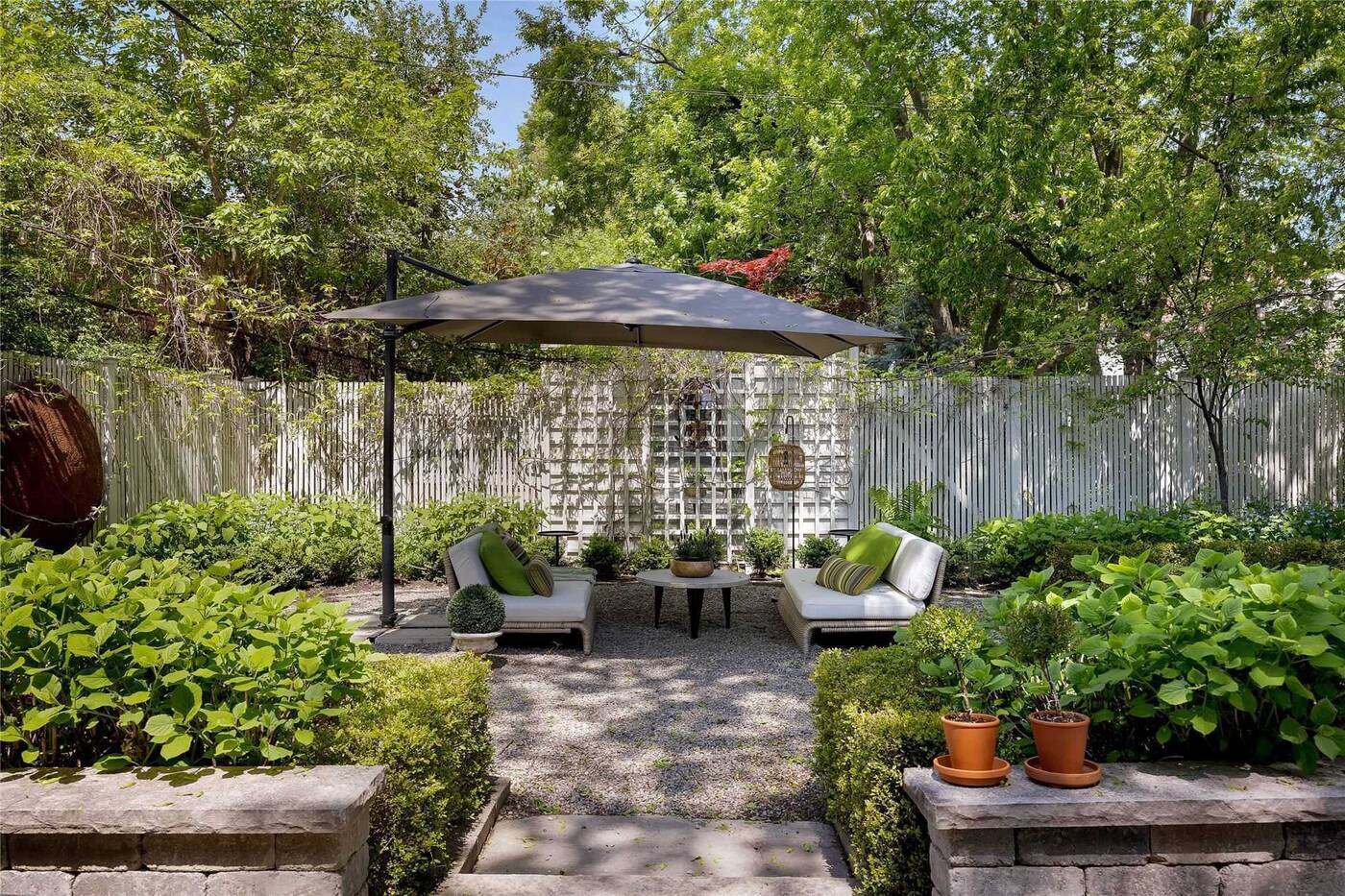 "It's quiet with very few neighbours. Well really, no neighbours! Laughing children and chirping birds are the sounds of the day," she said. 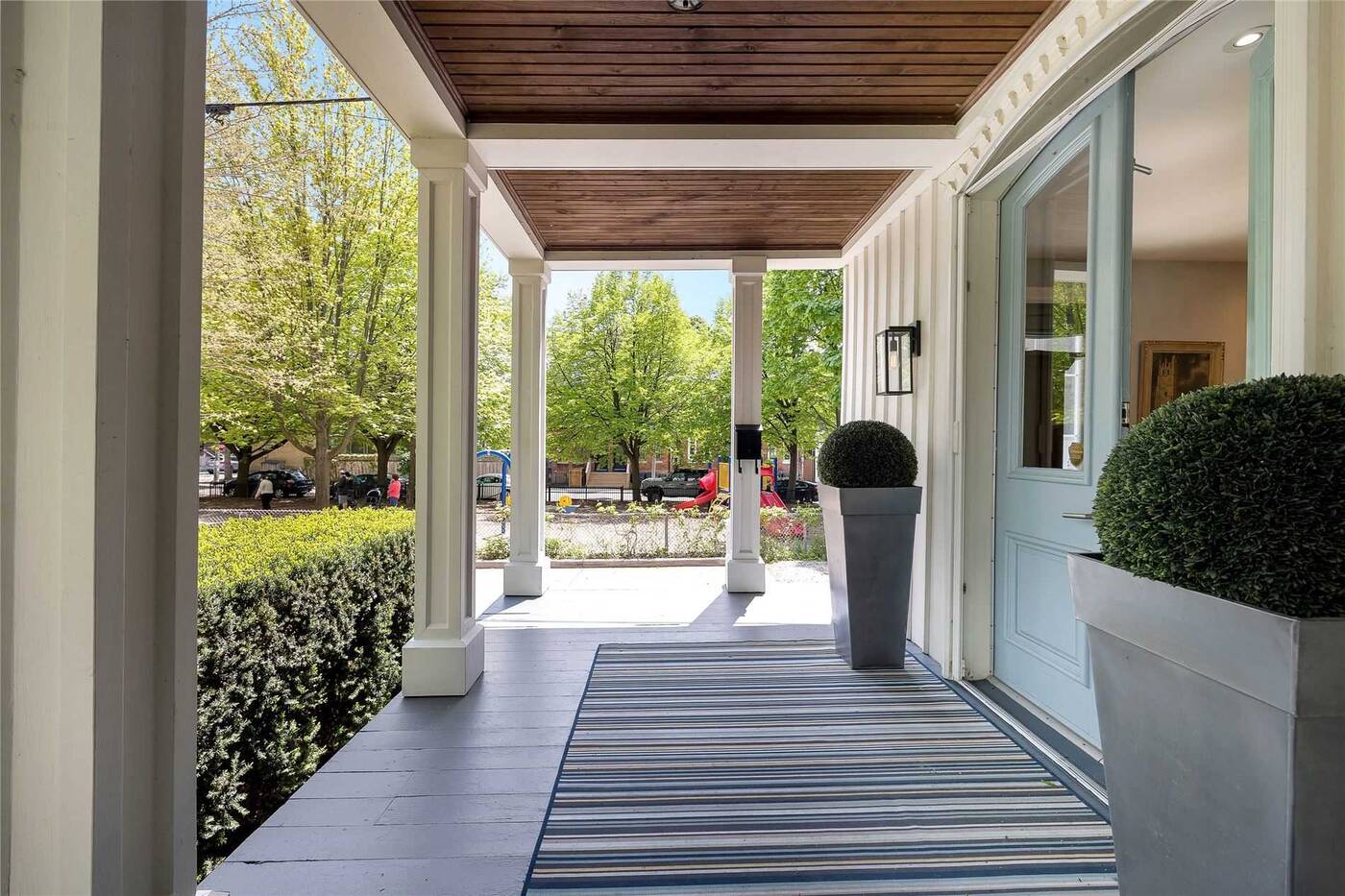 The playground across from the home.

And indeed you'll hear laughing children as there's a playground right next door. 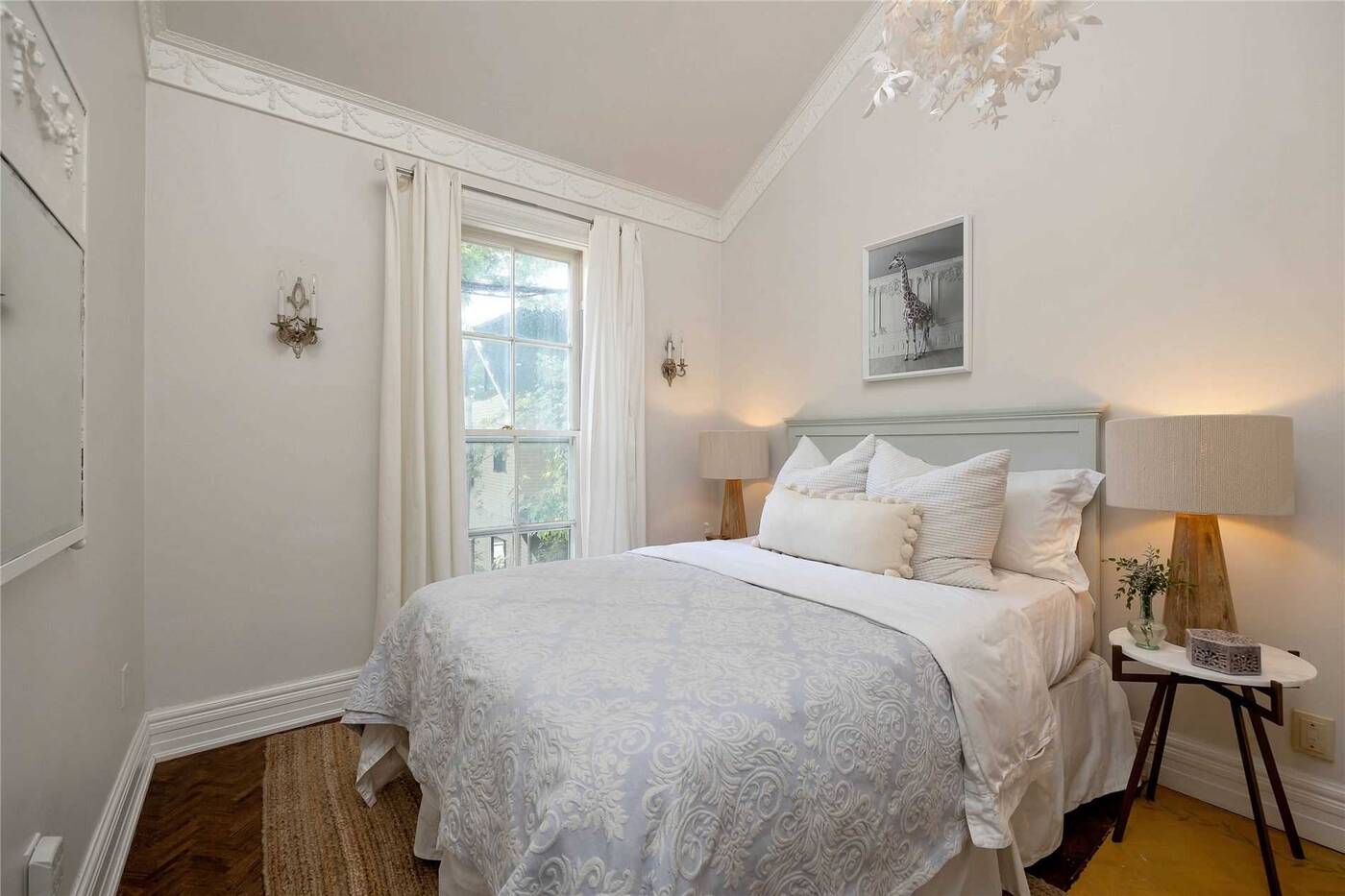 The home is quite small, it is a lanehouse after all, but it has two-bedrooms and two-bathrooms. 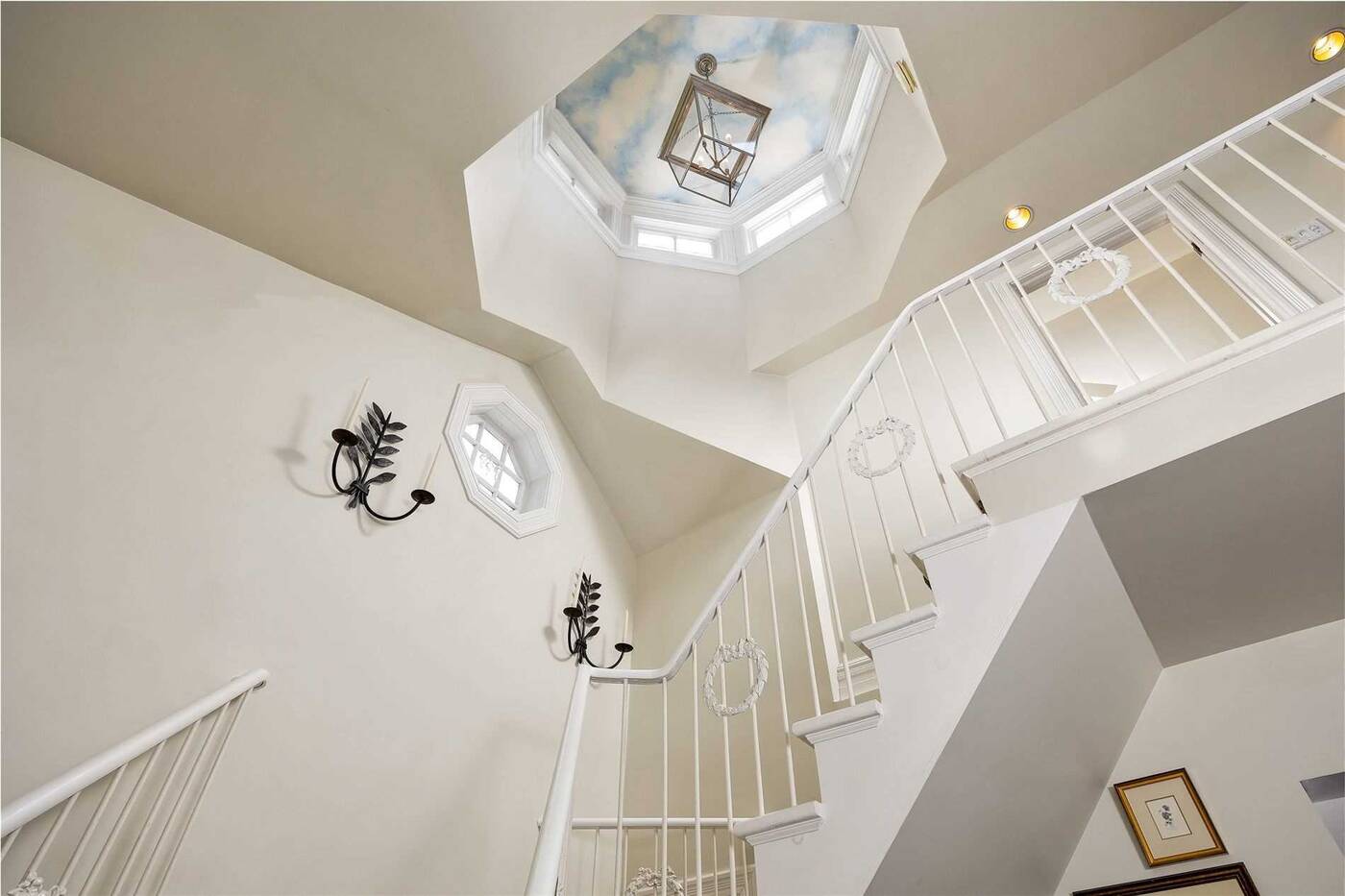 The staircase leading up to the second floor with an atrium.

The bedrooms can be found up a winding staircase that pass below a lighthouse-like turret that has a dreamy sky-painted ceiling. 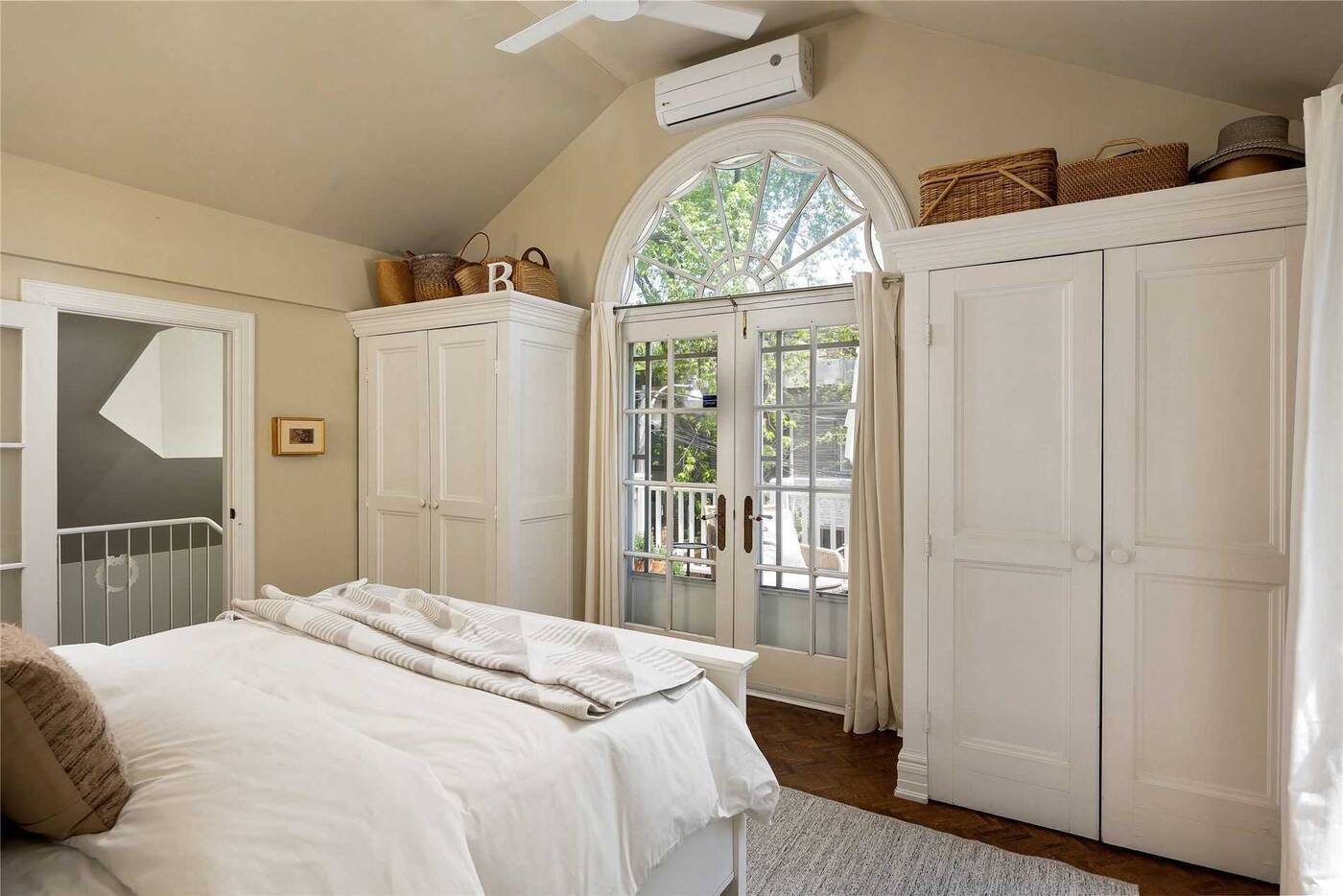 The primary bedroom with vaulted ceilings.

The primary bedroom is airy and features and arched window French doorway to a patio. 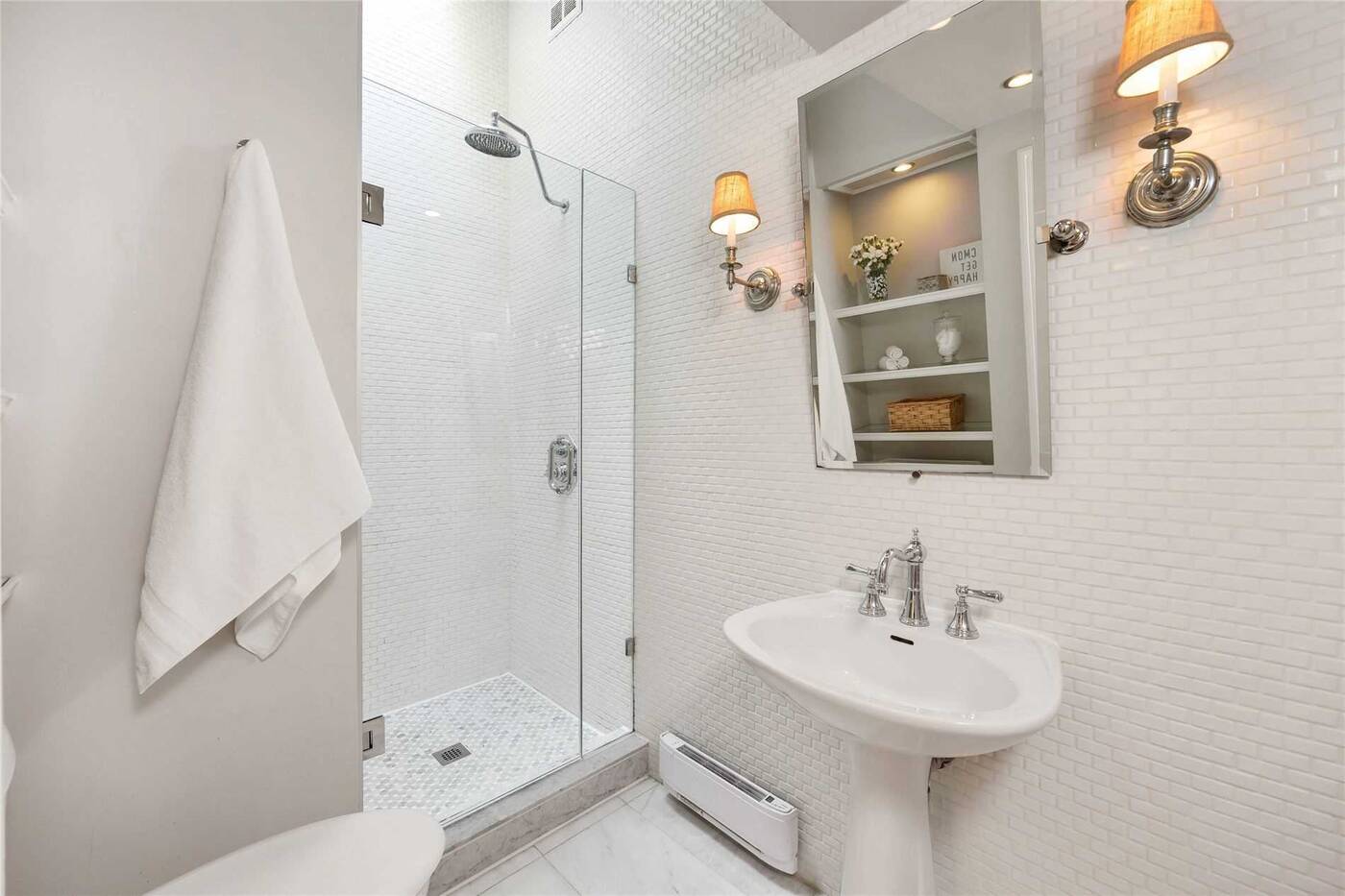 Myles also noted the bathrooms have been updated recently and there's more living space in the basement of the home. 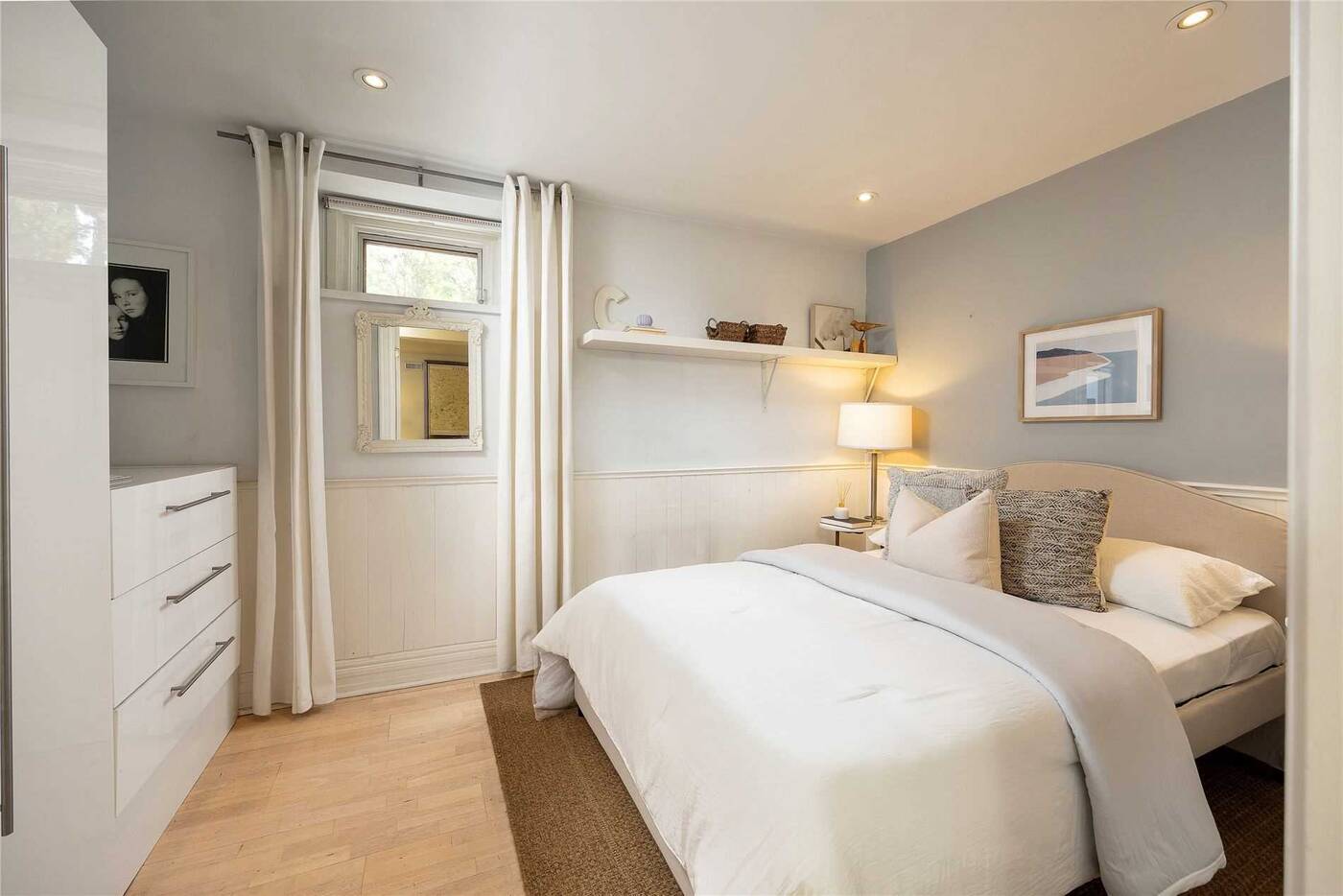 A bedroom in the basement.

There is also an extra bedroom in the basement that could easily become a home office. 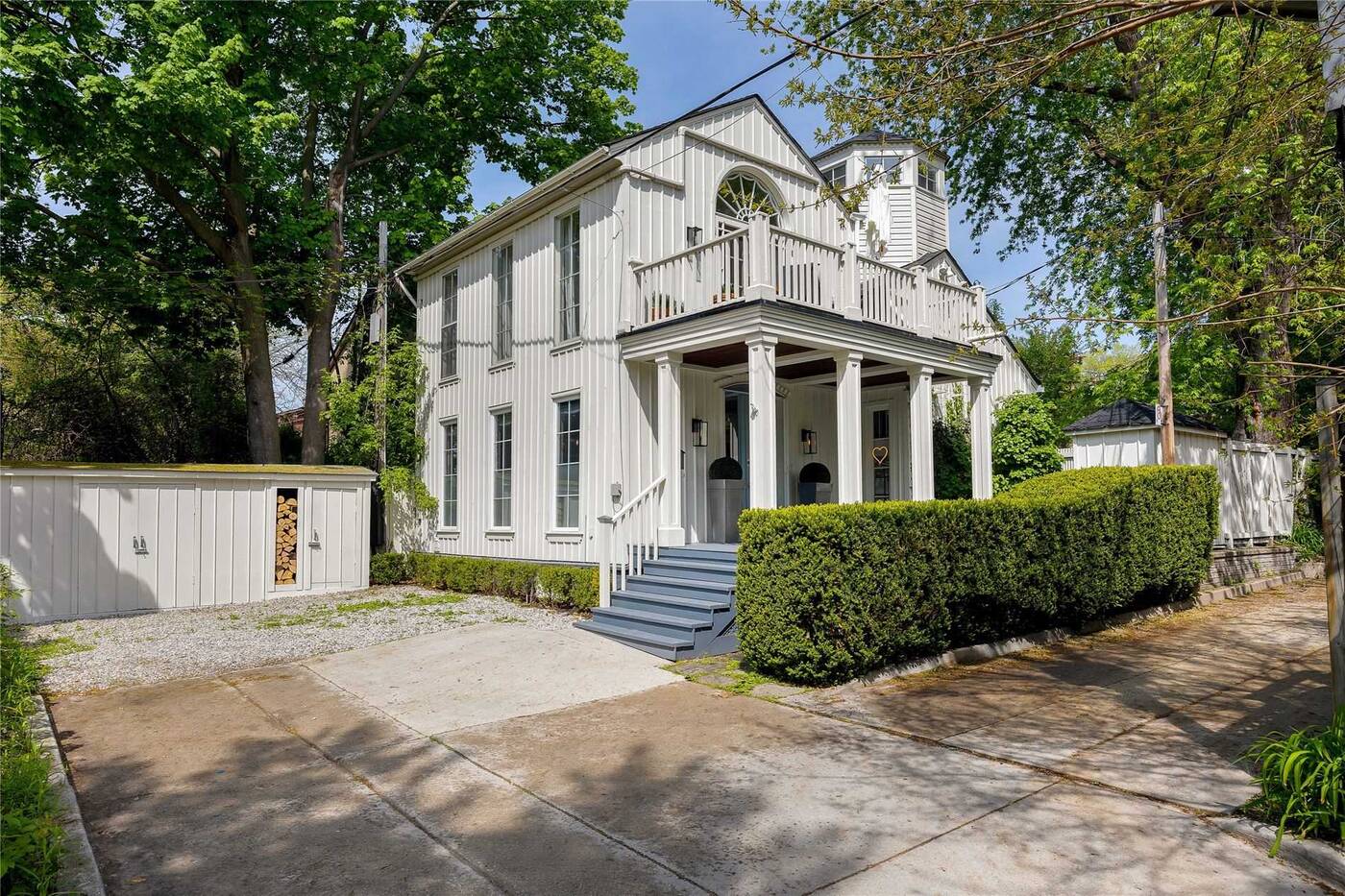 The driveway where you can park.

The only downside is there's no garage but there's room for two cars. 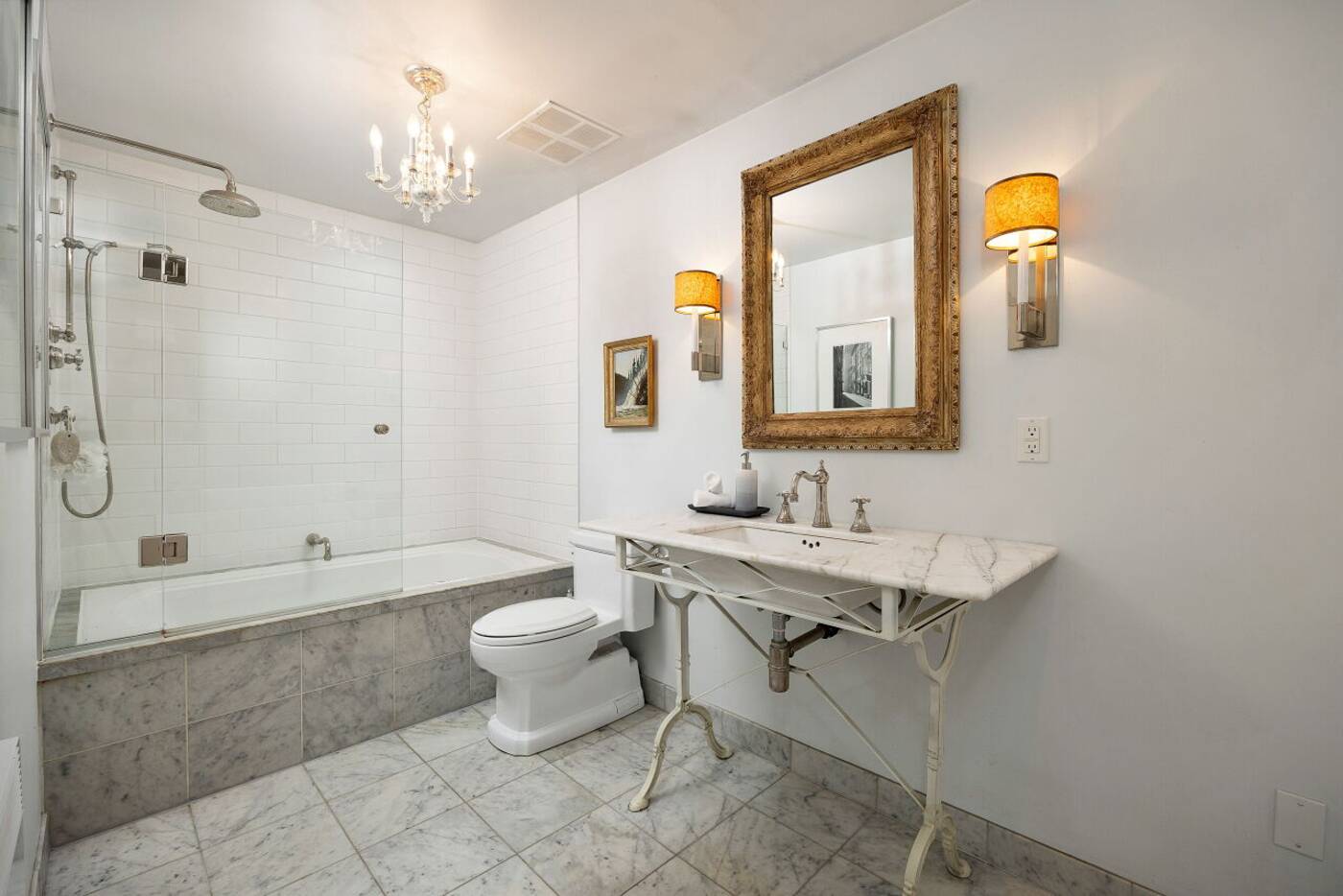