With the slight lull in Ontario's real estate market now far behind us along with the worst of the pandemic, housing prices and rents continue to climb month-over-month, with certain locales seeing greater jumps than others.

According to Rentals.ca and Bullpen Research & Consulting's new National Rent Report, Toronto, of course, remains the most expensive place in the province to rent a home, with an average rent of $2,326 for all housing types and sizes in March — up $120, about five per cent, from February's stats.

The typical one-bedroom unit in the city will now cost you over $2,ooo per month ($2,023), while a two-bedroom has hit $2,776, making T.O. the second most-expensive city in which to rent in the country.

Though these aren't quite pre-COVID figures, we're getting there, and the increase from this time last year until now really puts the growth trajectory into perspective. 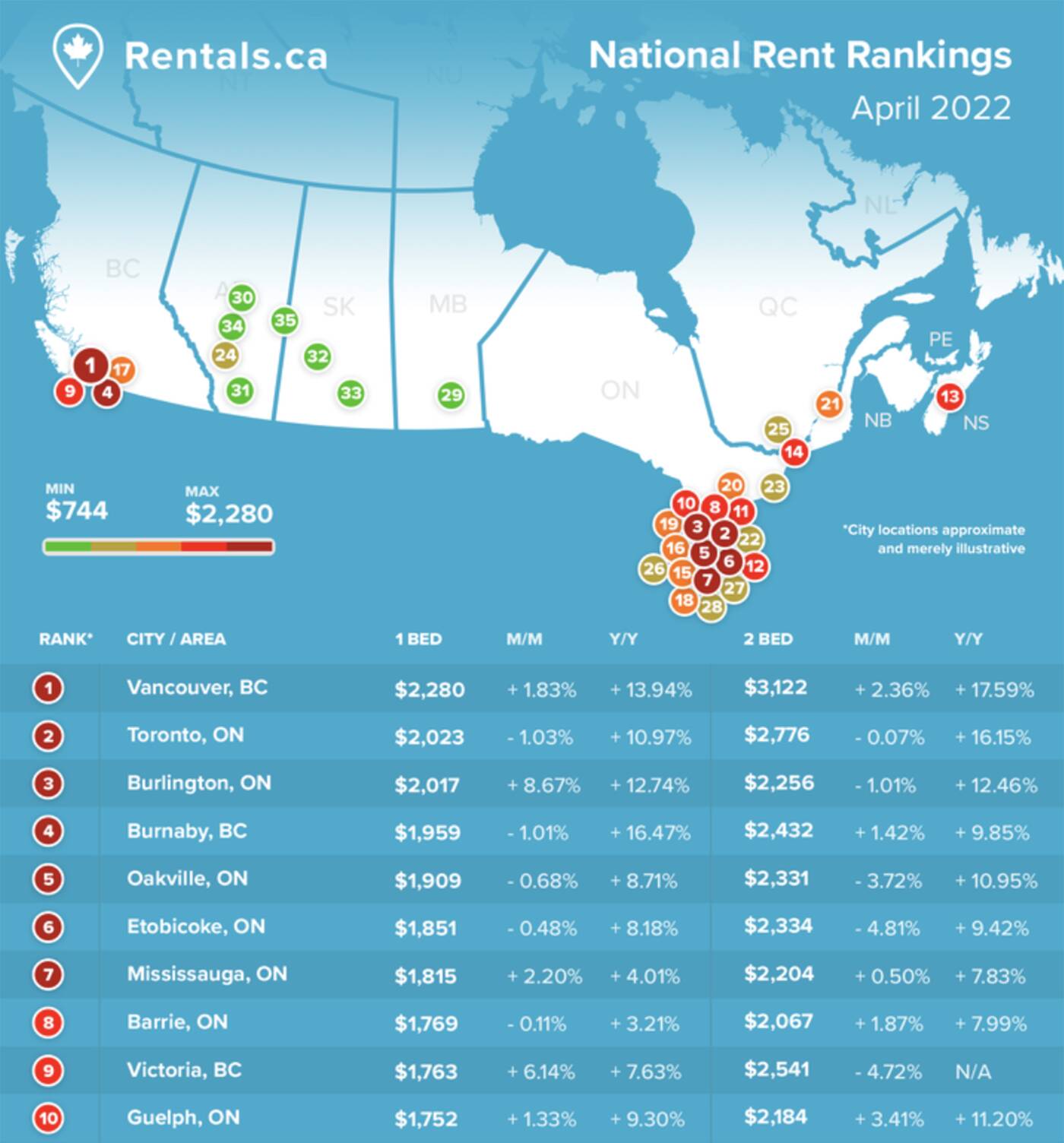 For the 6ix, prices have gone up 14.3 per cent overall from March 2021, but there are some places in the province where the escalation is even worse.

In Hamilton, prices have skyrocketed 15.9 per cent year-over-year to an average of $1,892 for all apartment types and sizes, which is really not all that far off from Toronto, all things considered.

Though we're still the main place people within Ontario are vying to live — bidding wars and all for both buyers and tenants — rents are still quite high across the province overall when compared to similar places around the globe, just like our housing costs.

Etobicoke is the second-most expensive place to rent a place ($2,131, on average), and the place that has seen the fourth-highest price increase since March 2021. 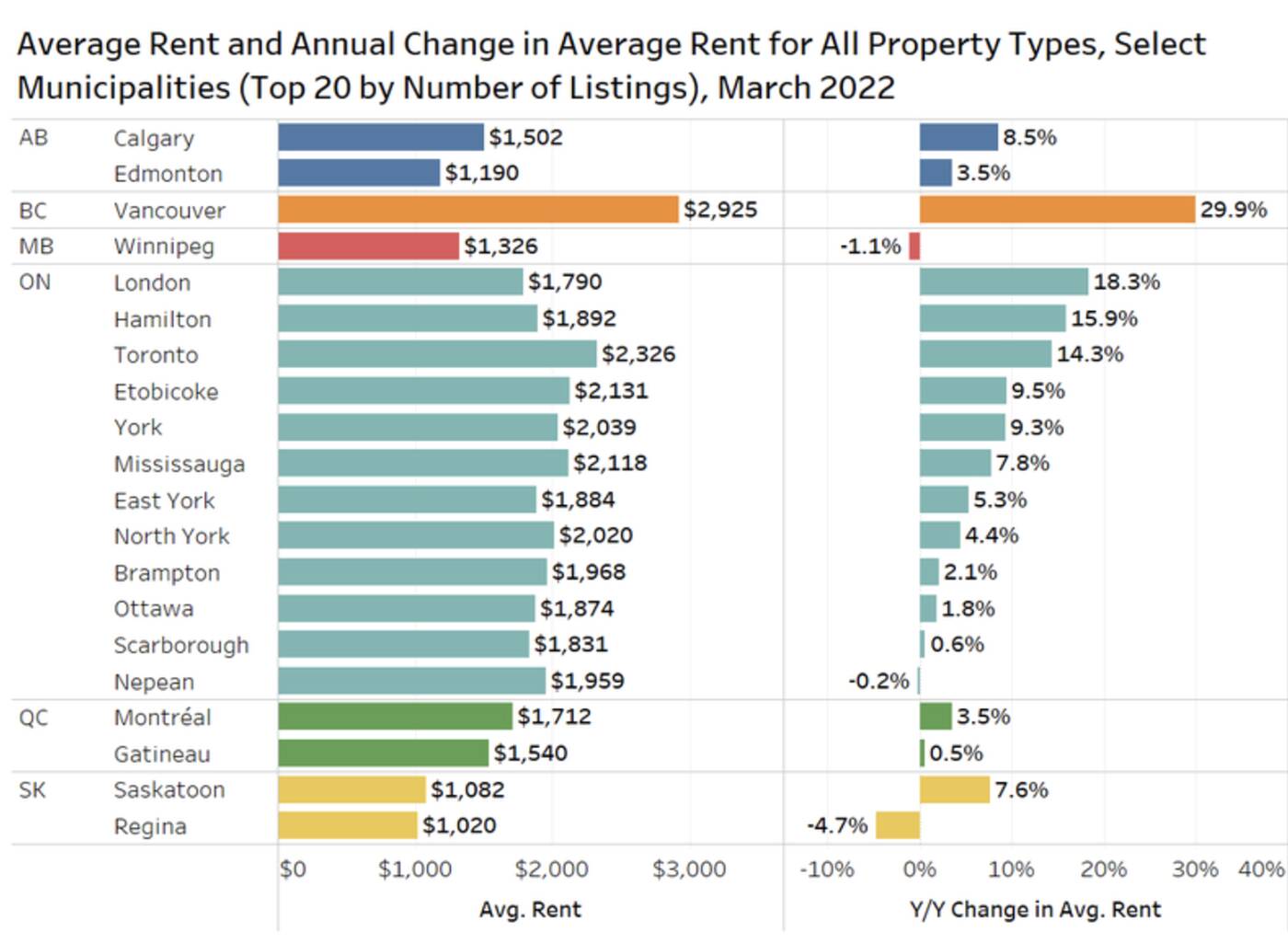 Though the price points of Toronto and Vancouver have always been pretty neck-and-neck, we presently trail behind our Western counterpart by a whopping $599 a month, on average — their rent prices have hit a staggering $2,925 for the average unit, and have gone up a shocking 30 per cent in just one year's time.

Also of note is that seven of the top 10 most expensive places to rent one or two-bedrooms in the country are in Ontario.

Within downtown Toronto specifically, some areas have seen much greater and faster price growth, particularly in the city centre and just east of High Park. 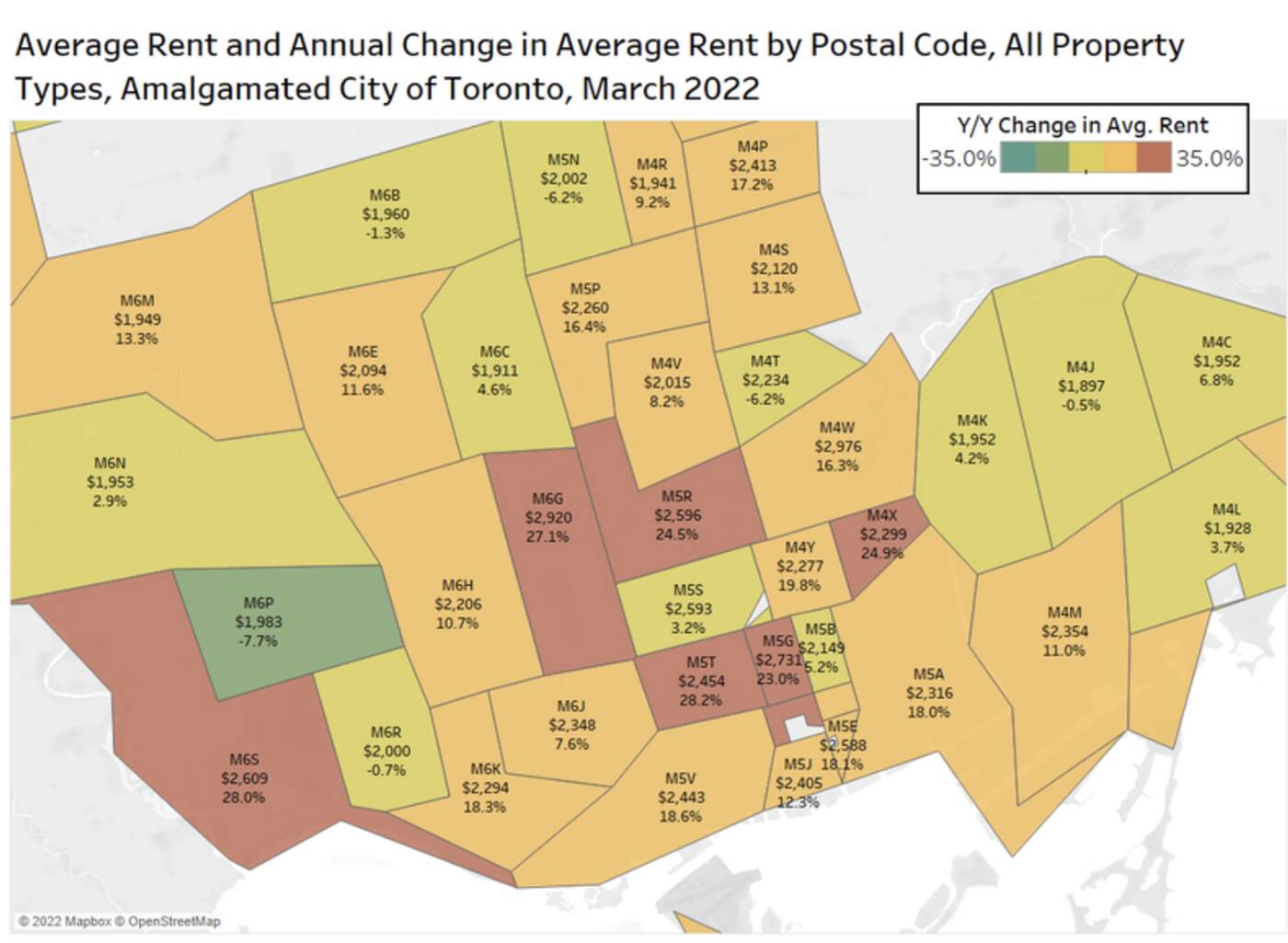 Map of the most expensive and highest growth rate areas for rent prices in Toronto from Rentals.ca and Bullpen Research & Consulting's March 2022 National Rent Report.