Gangsters and prime ministers stayed in this $3.4 million home for sale in Ontario

Fans of gangsters and politicians (maybe they are one and the same) should take note of a historic home, once frequented by infamous gangster Al Capone, that has hit the market.

The Low-Martin Lodge (previously known as the Devonshire Lodge) at 2021 Ontario Street in Windsor is listed for sale for $3.4 million.

The mansion has been restored to enhance the vision of Harry Low in 1928, says realtor Stephanie Winger. Back then the home cost $150,000 to build and started construction in 1927. 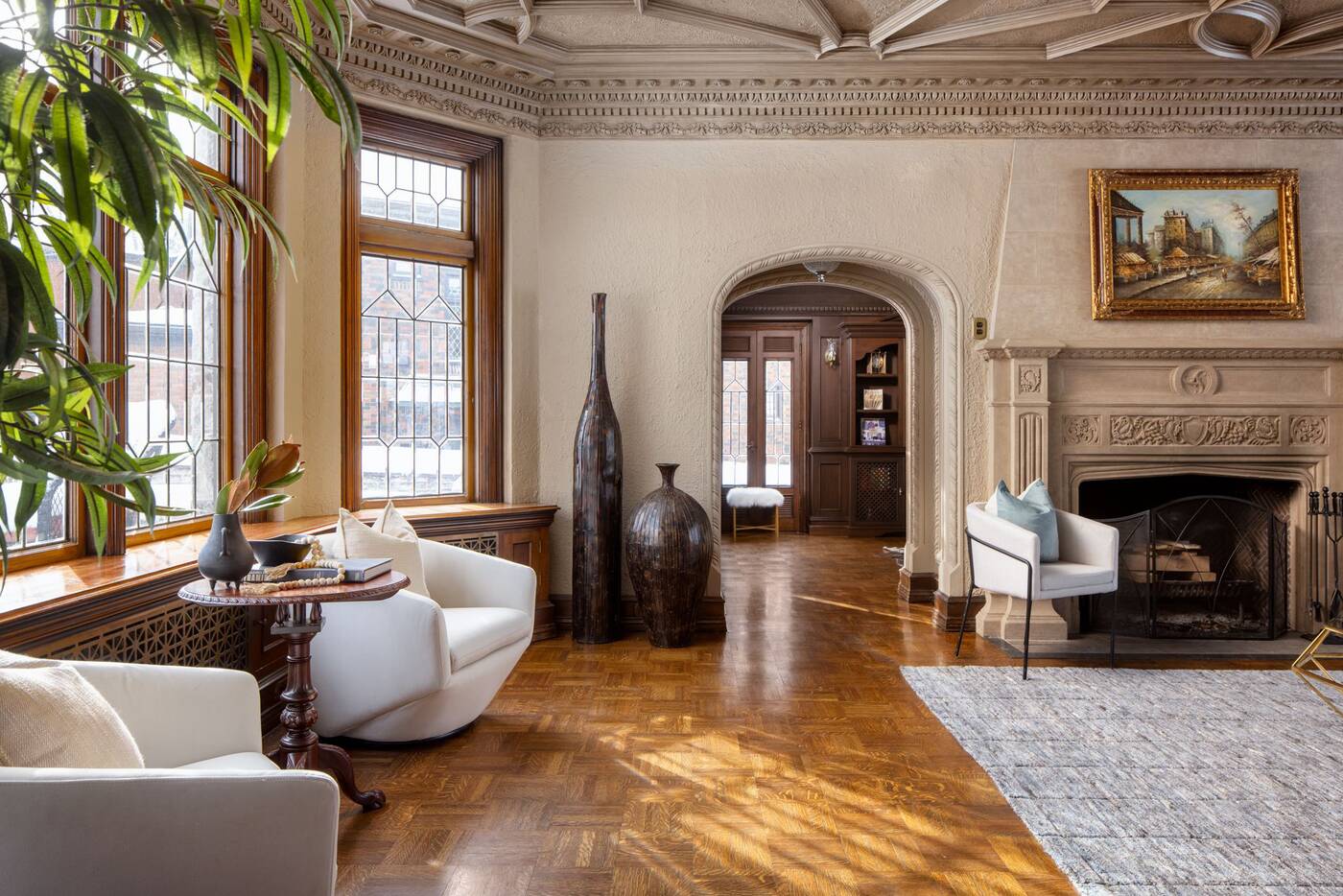 Al Capone may have sat by this fireplace drinking with his friend Harry Low.

Low was a rum-runner with ties to Al Capone, who made his fortune during prohibition, according to the CBC. Capone is said to have frequented the home, along with members of Detroit's Purple Gang, according to Windsor Public Library. 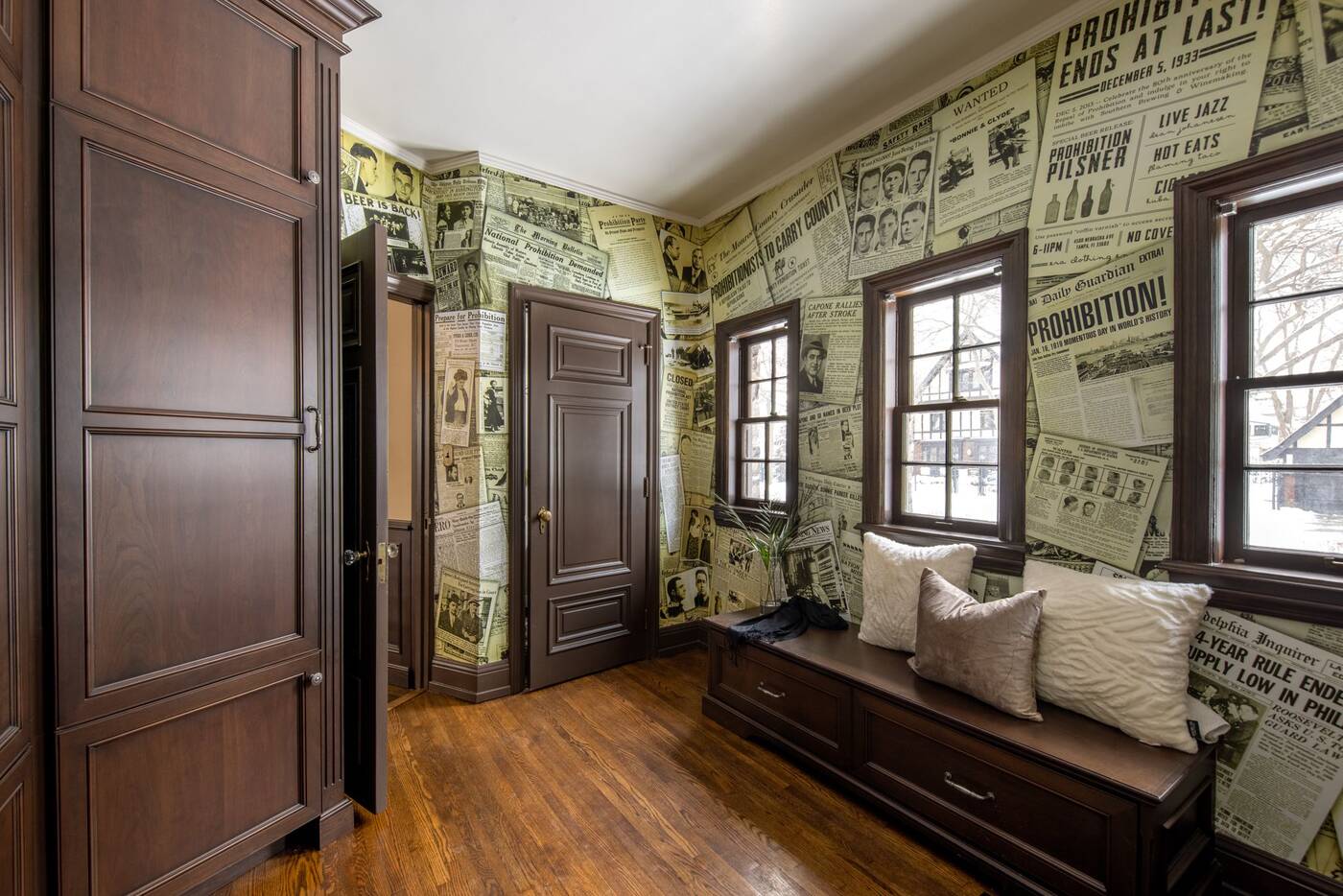 One room pays tribute to the home's past with eye-catching wallpaper.

"Notorious American Gangster Al Capone would often conduct business at the home and stay for drinks," Eyes on Windsor notes. 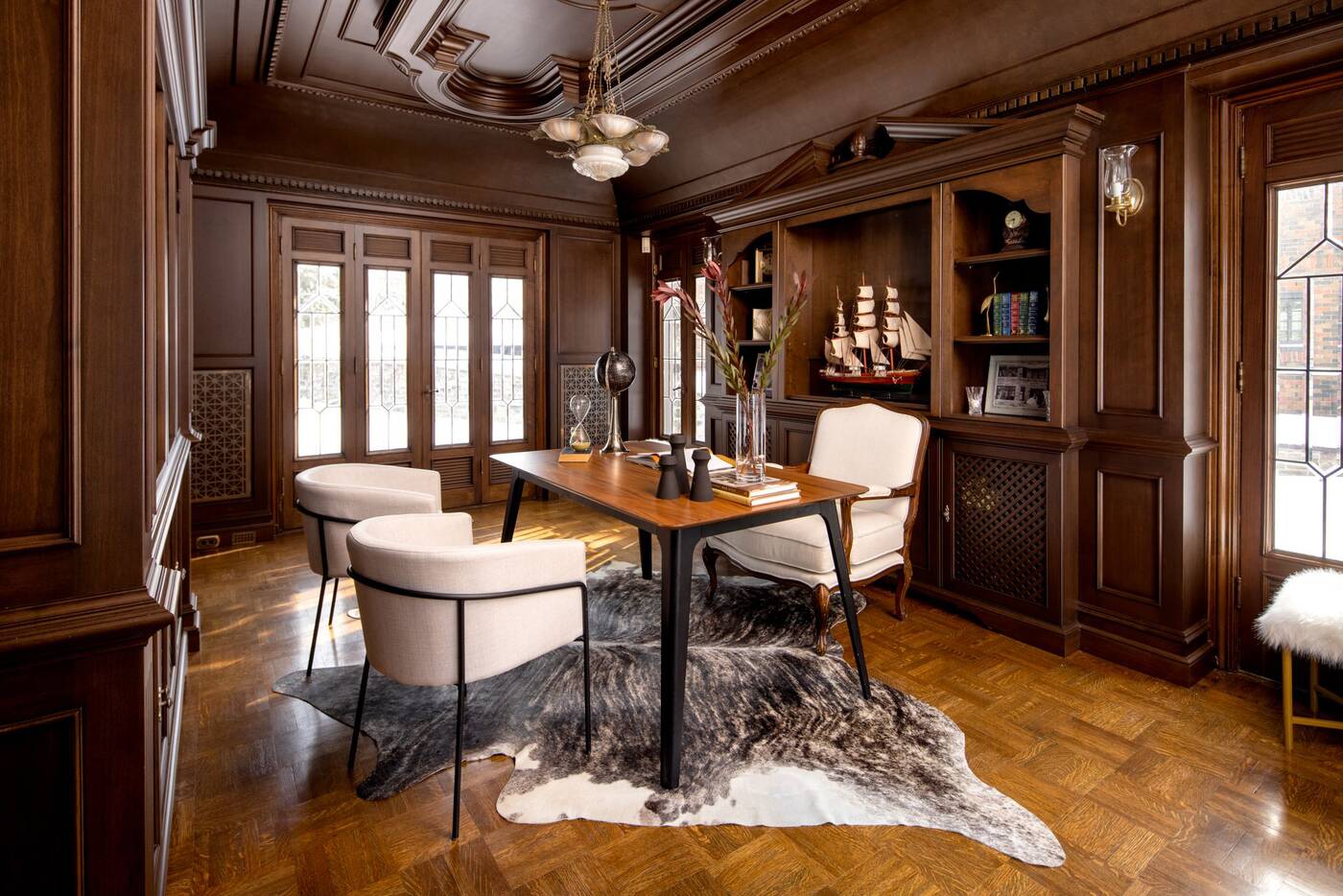 The home's beautiful wood finishes have been restored.

A few years later, Low was connected to a number of crimes, including murder, and lost his home after going bankrupt. 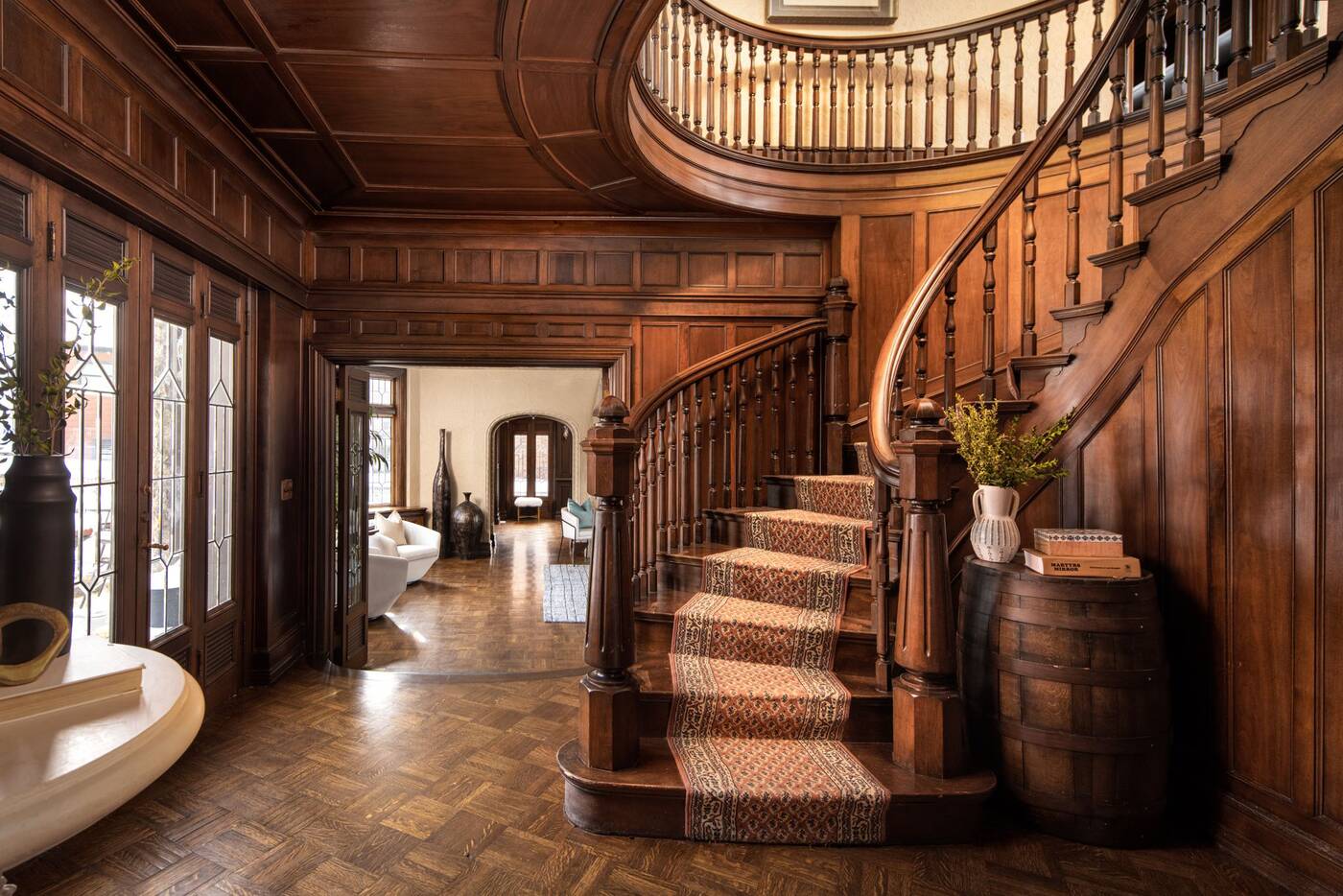 There is an amazing spiral staircase.

Low named the home Devonshire House but another famous Canadian also spent time in the home. In the 1960s, Alice Eleanor Martin and politician Paul Martin Sr. bought the home. 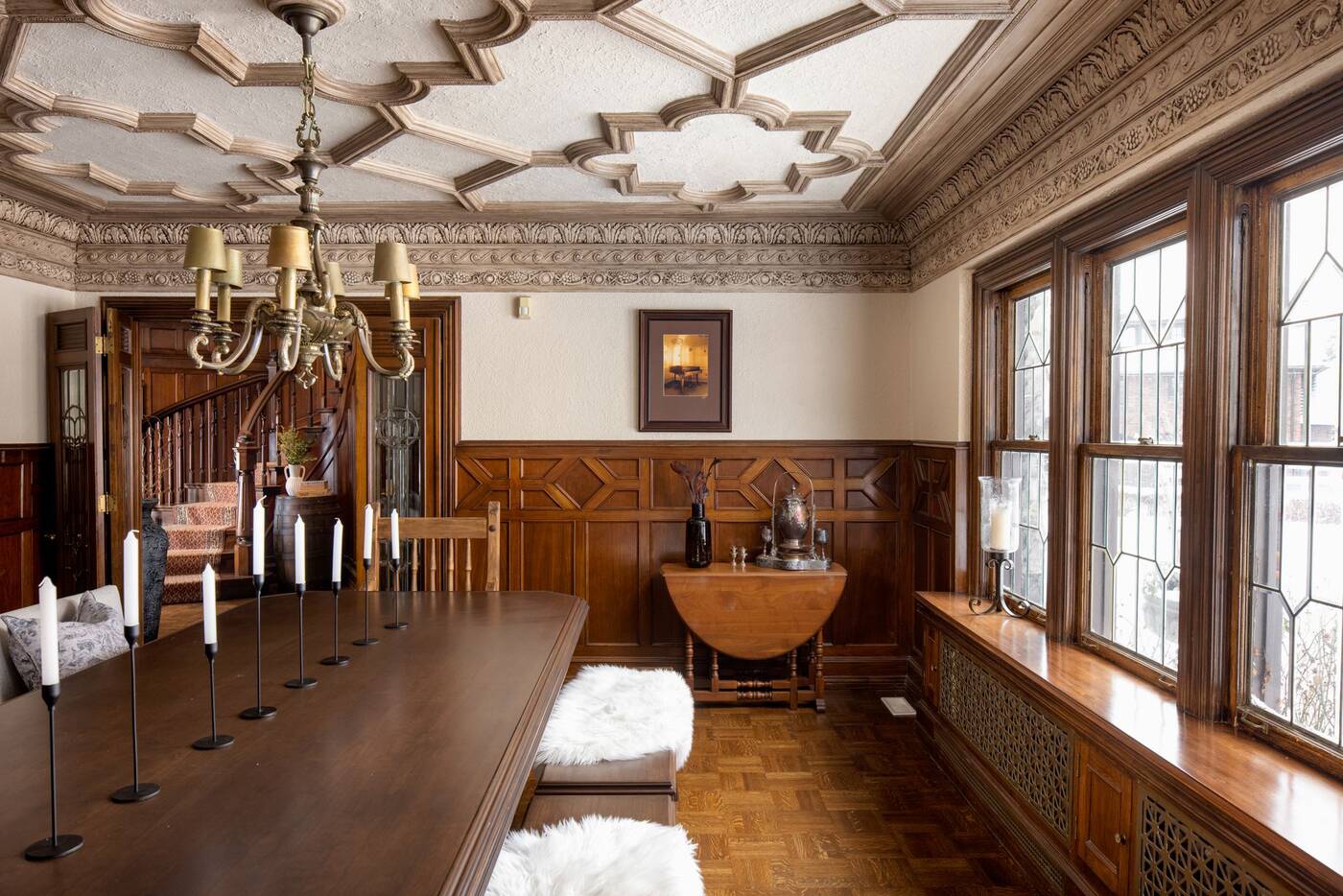 Every inch of the home has fine details.

His son Paul Martin Jr. became Canada's 21st prime minister in 2003. But before that the mansion had visits from sitting Prime Ministers Lester Pearson and Pierre Trudeau. 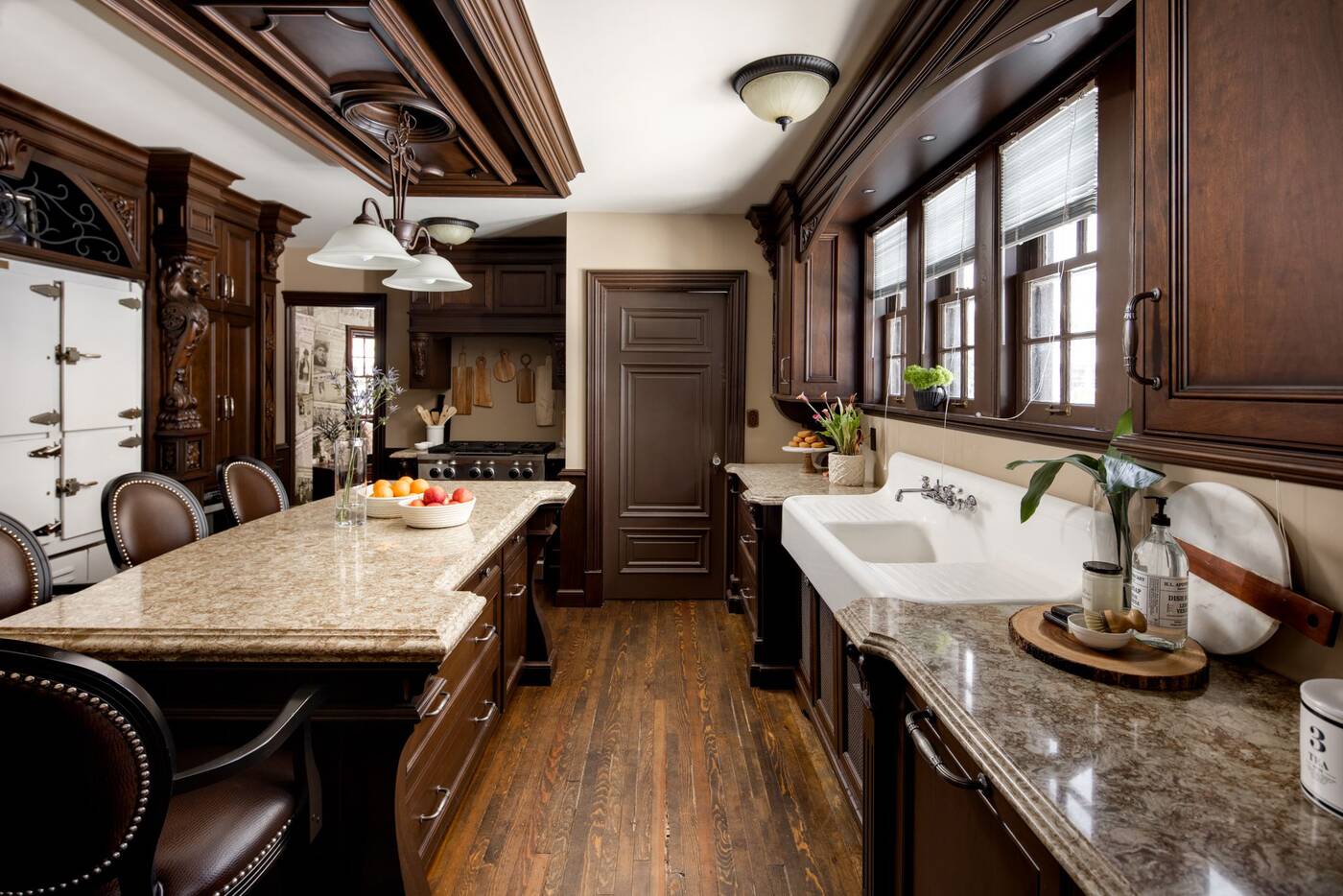 The kitchen still has an old-timey look.

The most recent owner, Vern Myslichuk, told the CBC it took about two years to restore the home, which features fine woodwork, a Cotswold-style roof, turrets, archways and many rounded rooms. 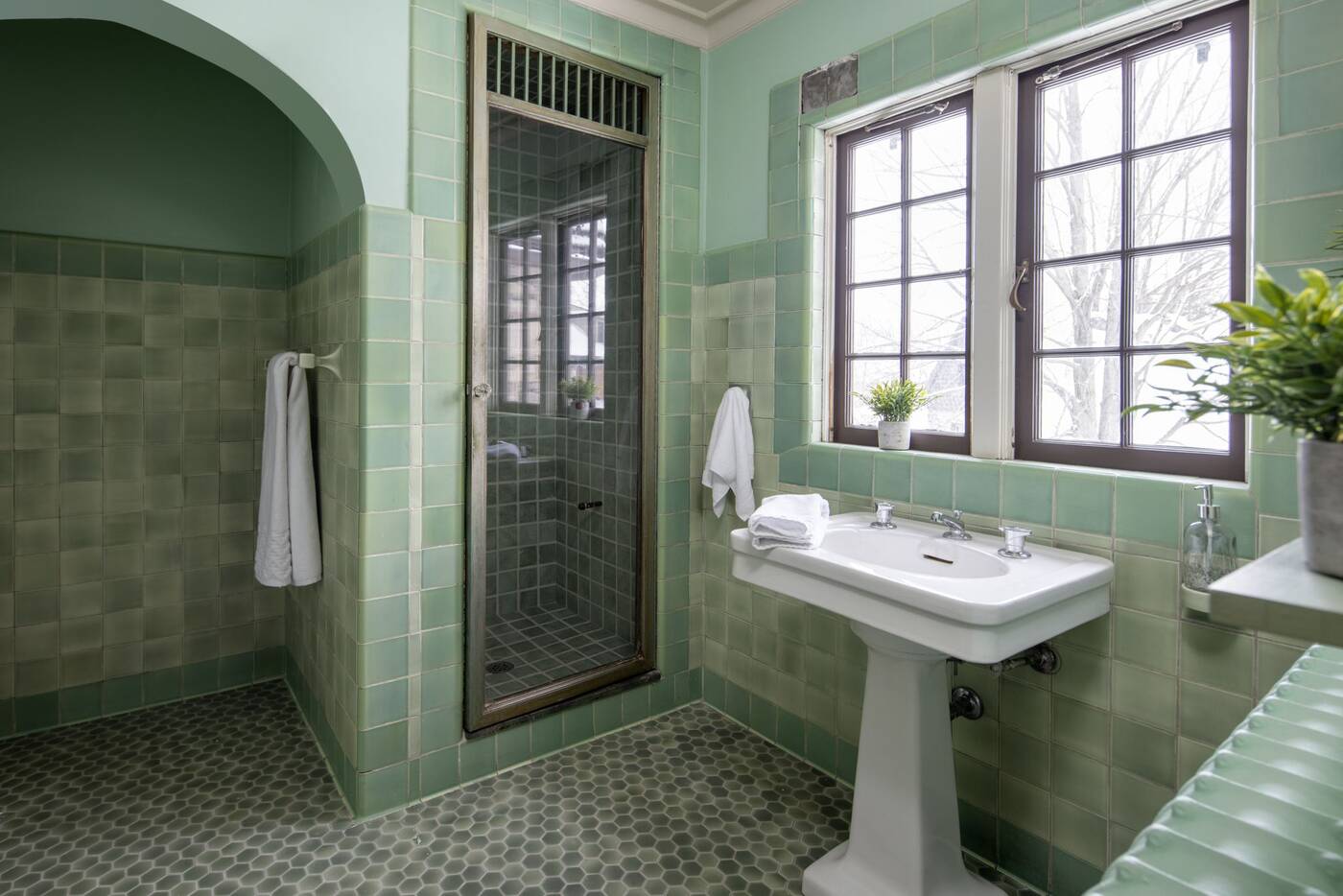 This green bathroom has a very 1920s feel.

The home comes with three bedrooms and five bathrooms along with a stunning dining room, living room, kitchen and special features such as an atrium, mud room and butler's pantry. 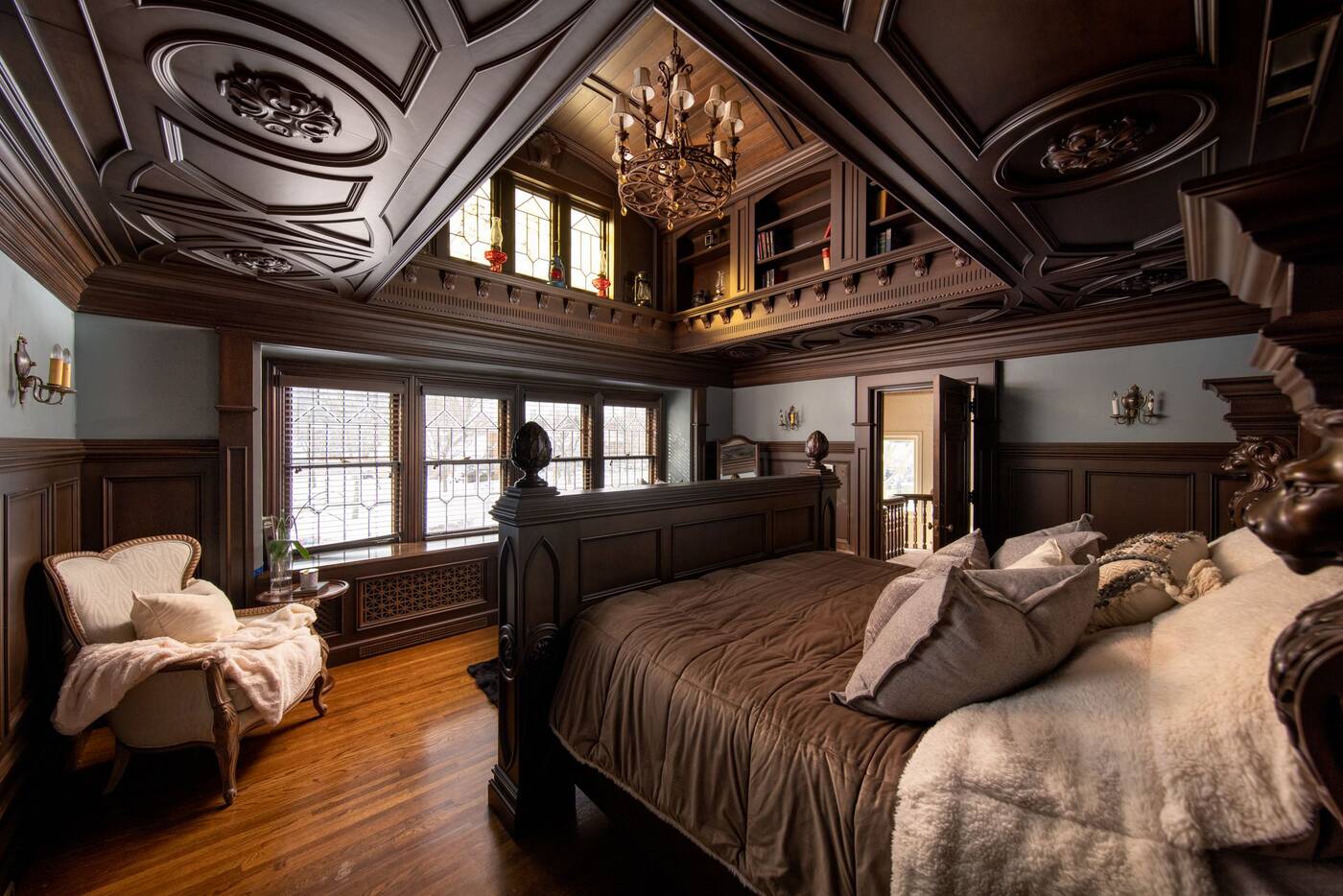 But the woodwork and high book shelves steal the show in this bedroom.

If the sprawling mansion wasn't enough, there is also a 1,200 square foot coach house, which mimics the cottage style of the residence.