You know a home is fancy when it's referred to by a name, rather than its address.

Dragonfly Ridge, located at 7830 19th SDRD in King, Ontario is quite the high-class country home.

"This property has everything from the privacy buyers are looking for these days to a very well-designed country home," realtor Khalen Meredith told blogTO. 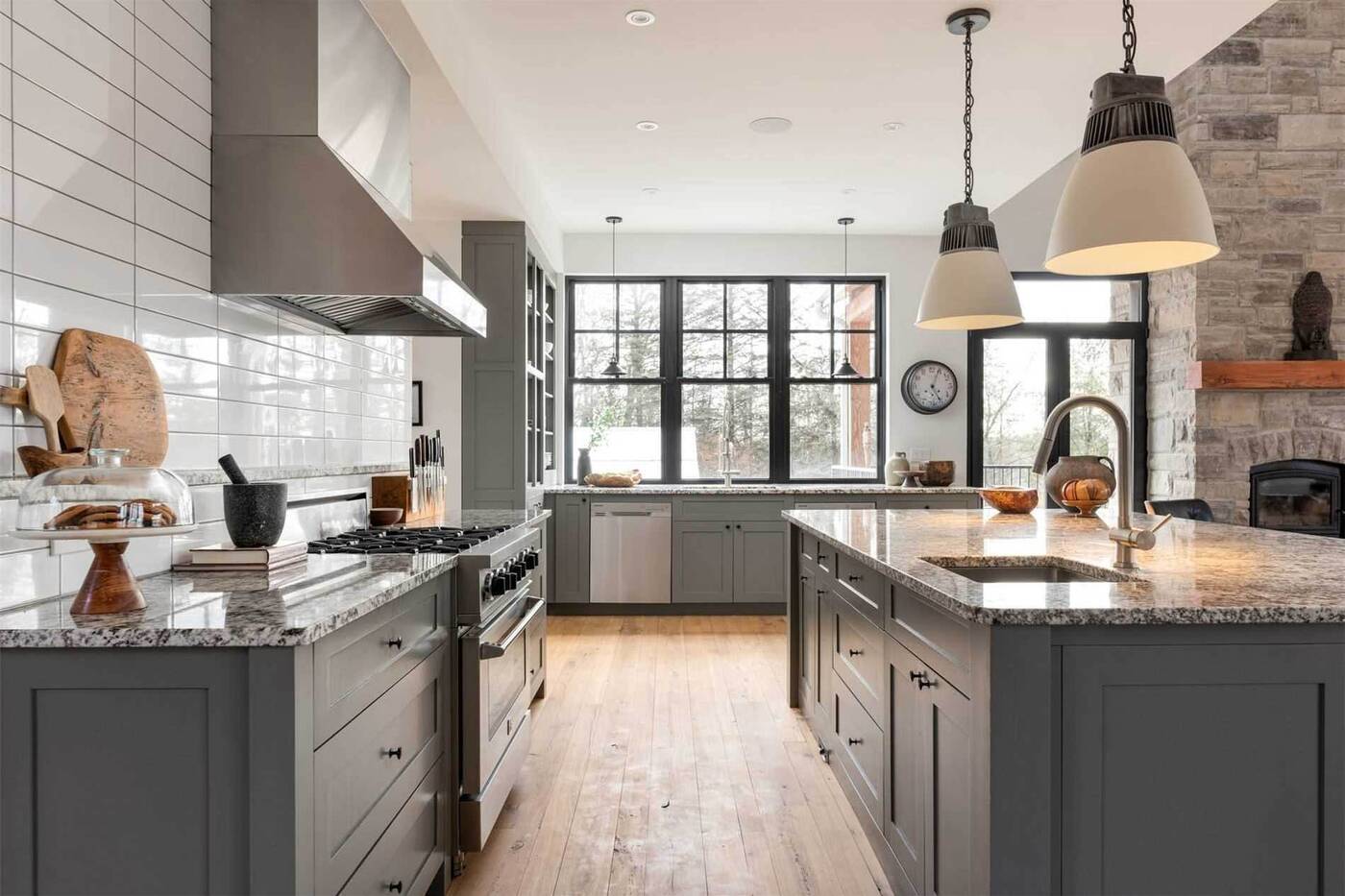 The large kitchen with a coffee station and walk-through pantry.

Listed for $5,980,000, the four-bedroom, seven-bathroom home sits on over 10 acres of land with a half-acre pond and a small four-stall barn, including paddocks. 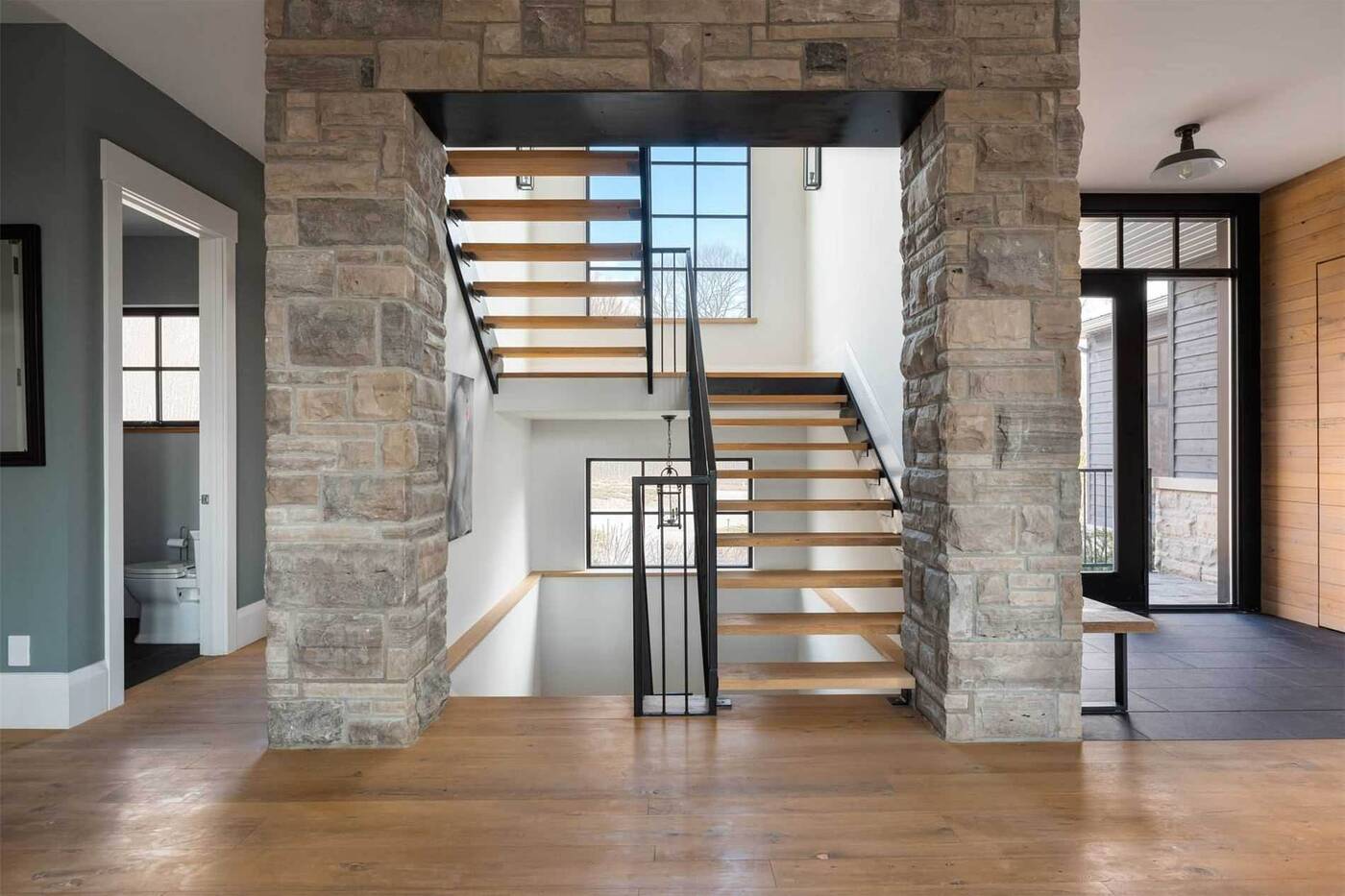 The home has been custom built for this property. 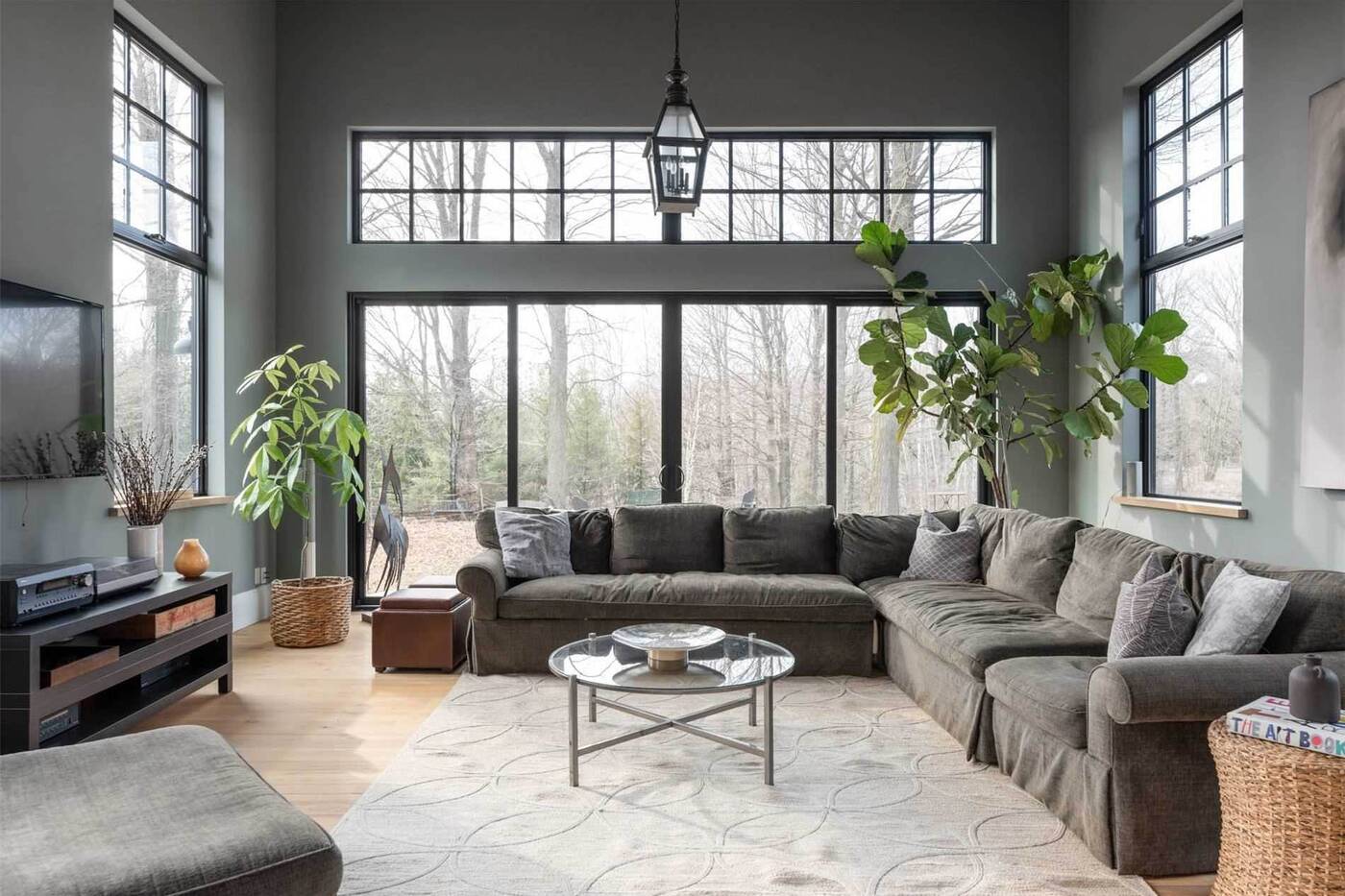 "The home owner and his son built the home on an original site whereby they removed the existing house and re-built," explained Meredith. 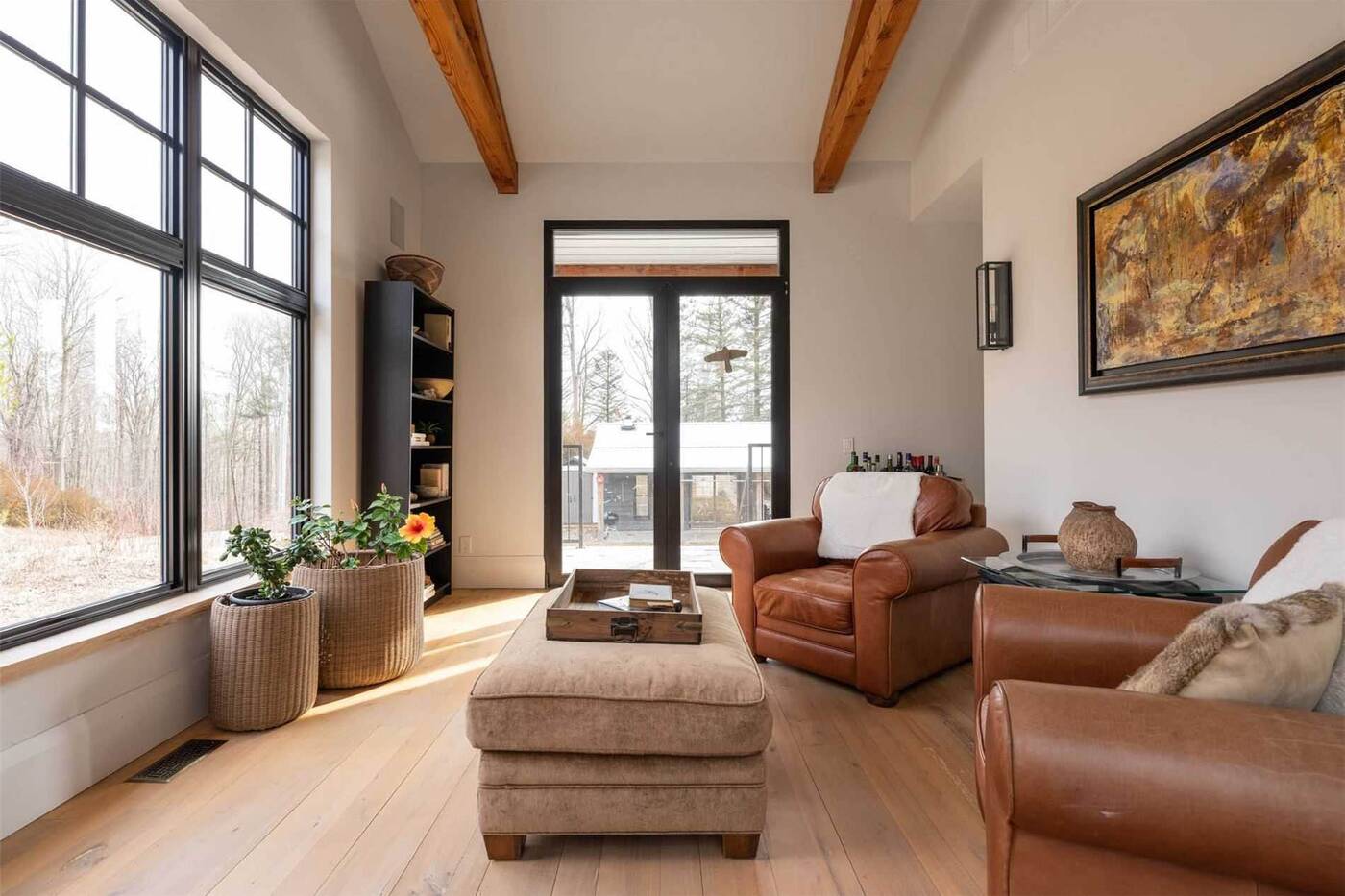 A den with a walk-out to the deck.

"The benefit to this is that the current home feels like it has been there for many years." 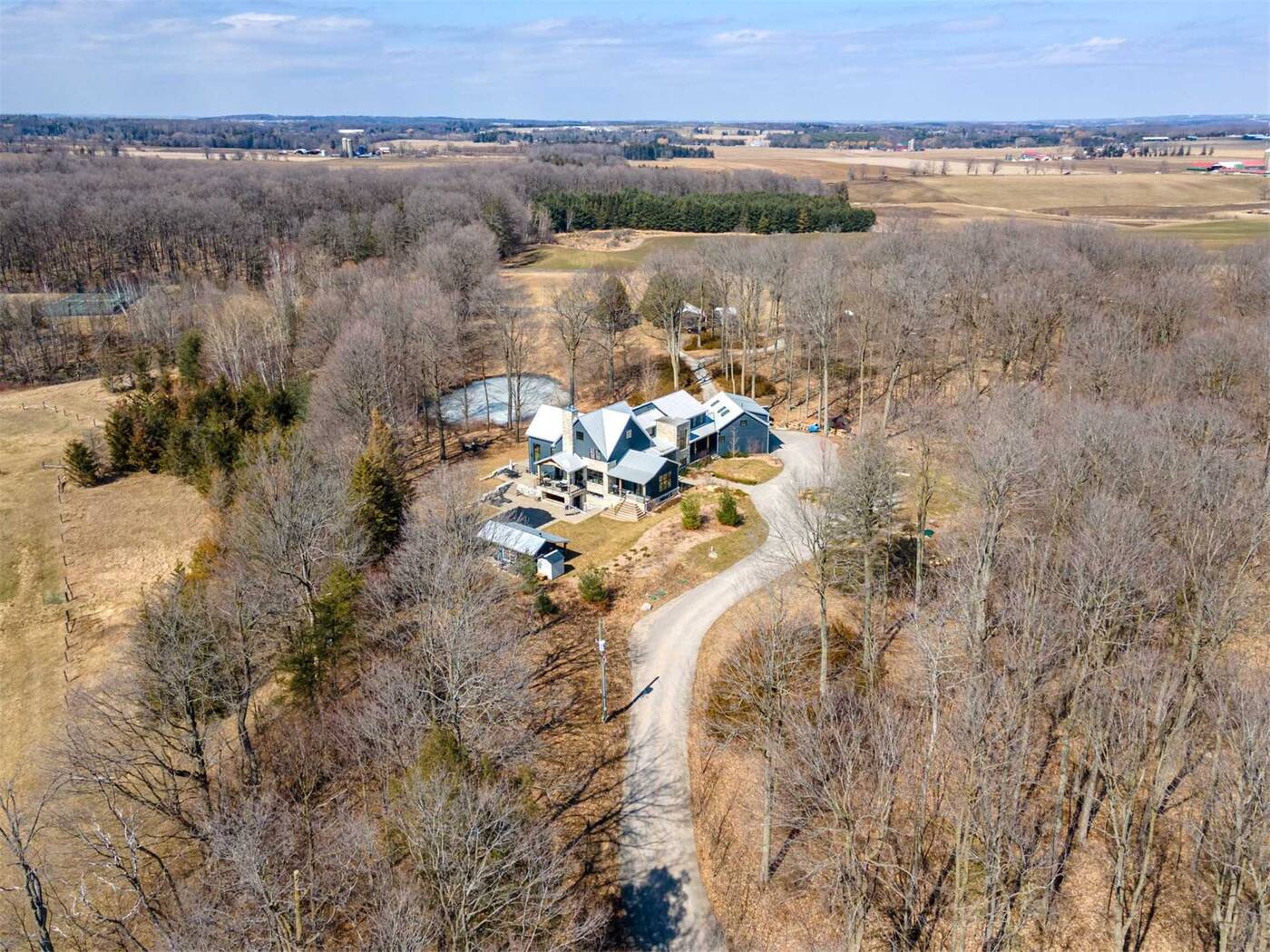 An aerial shot of the property.

Meredith and the co-listing realtor Kim Nichols, told blogTO they think the home looks like a series of rural outbuildings with a modern square stone silo, like something you'd see in the rural area of King, ON. 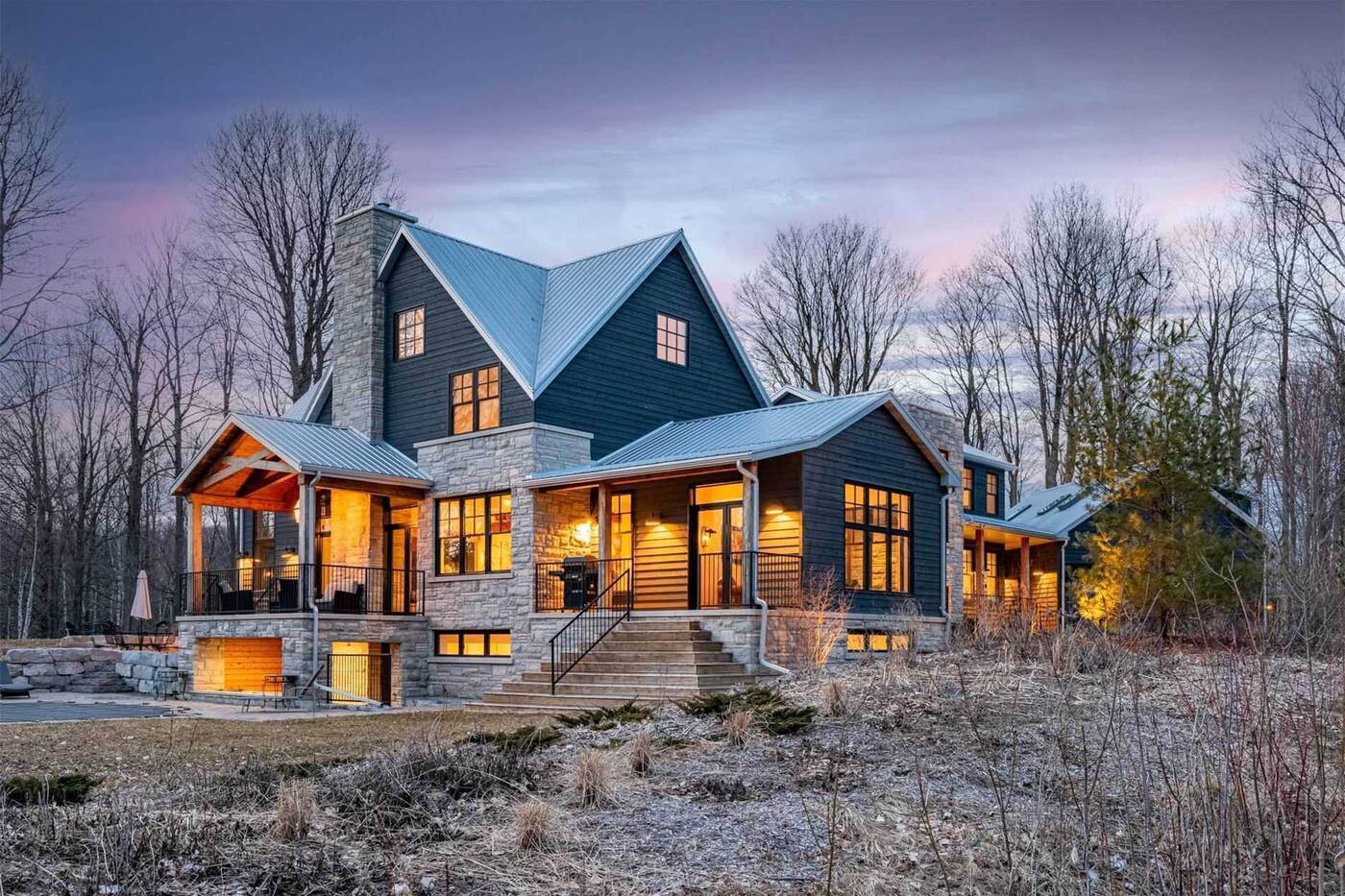 The exterior of Dragonfly Ridge seems to naturally exist within the landscape and the interior is just as well designed. 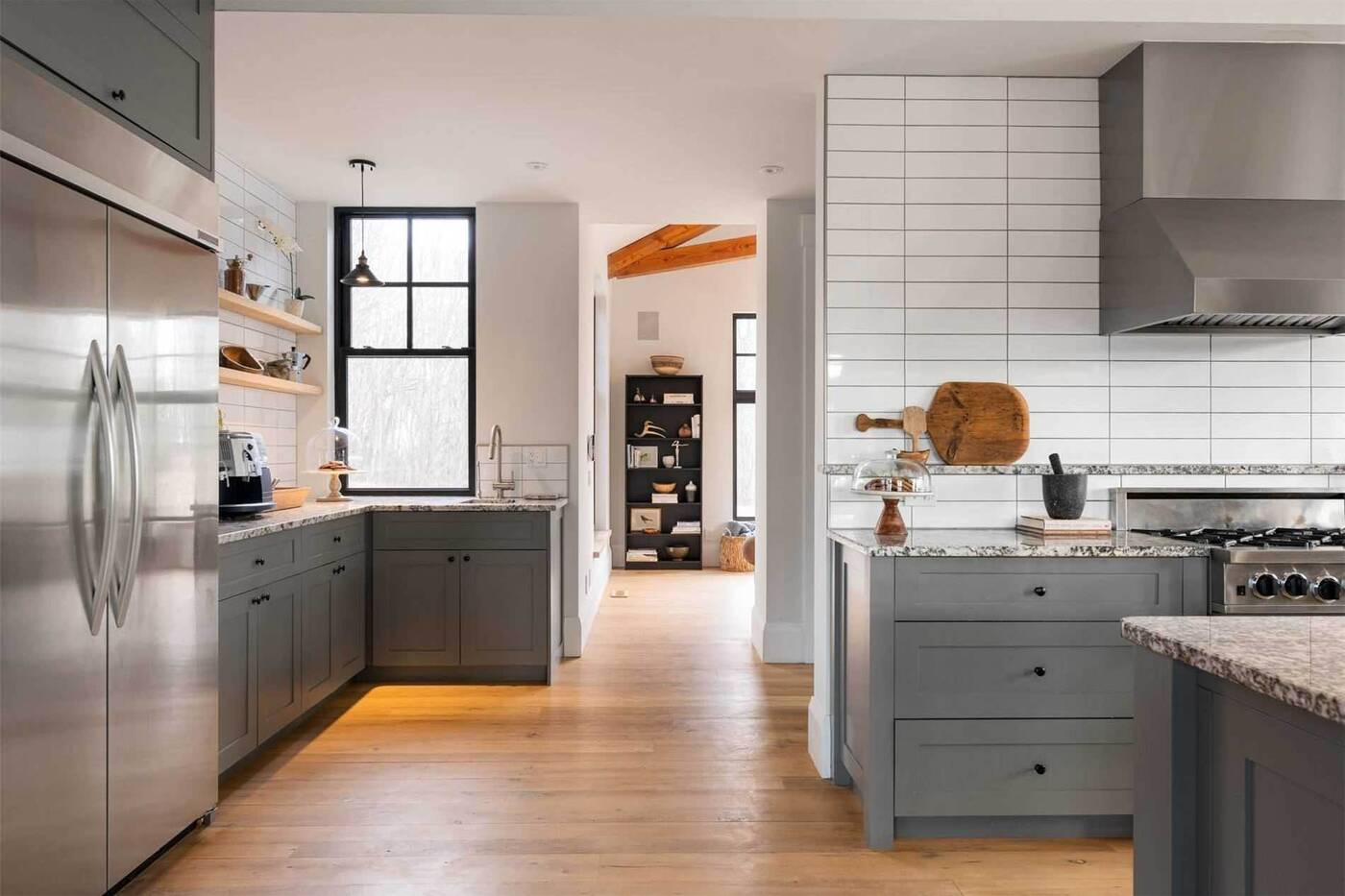 The rooms flow effortlessly together.

The home is mostly open concept on the main floor, giving it an air of informality. 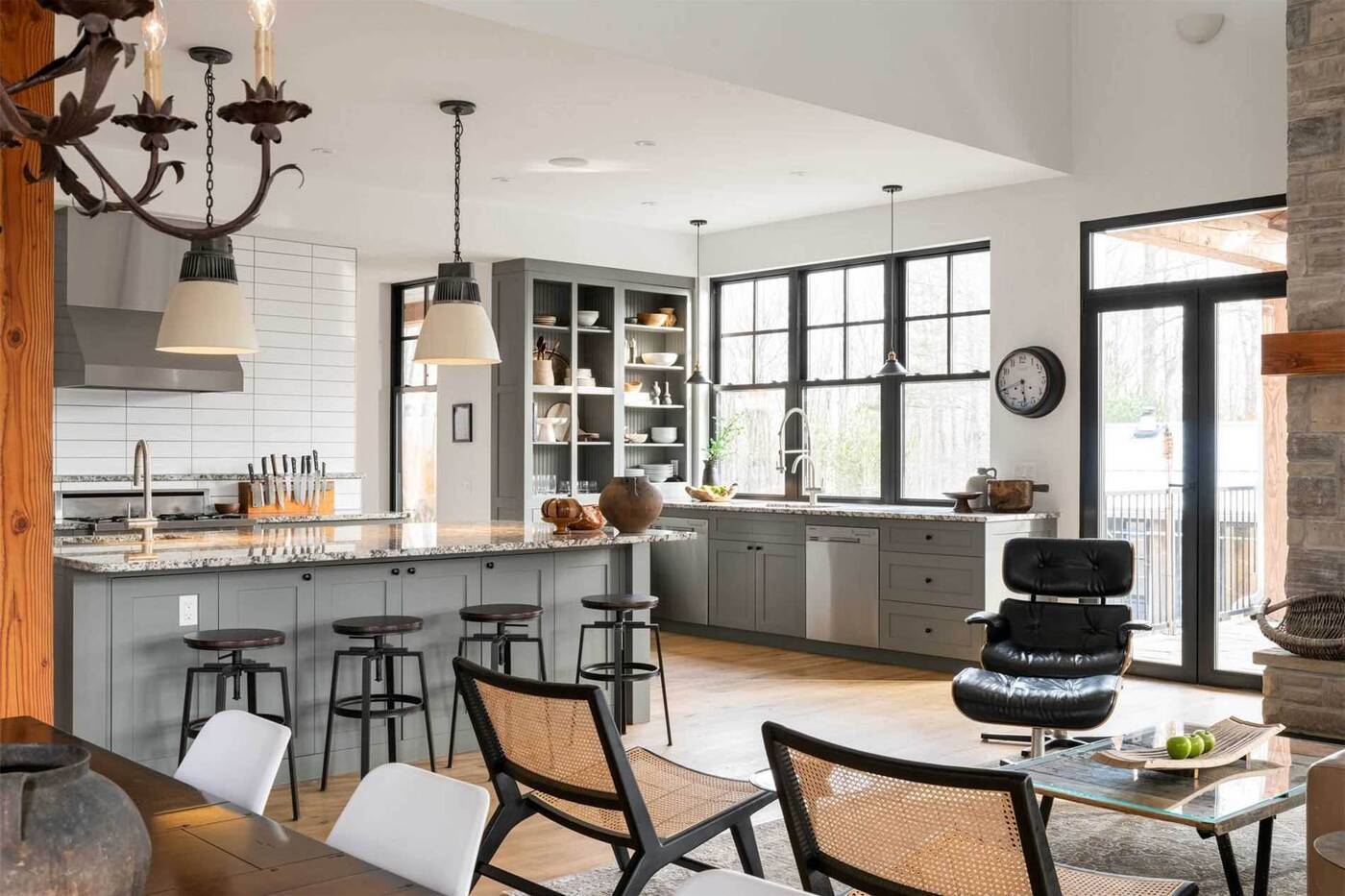 "[It] is a great space and floor plan for entertaining - as the current owner often does," noted Meredith. 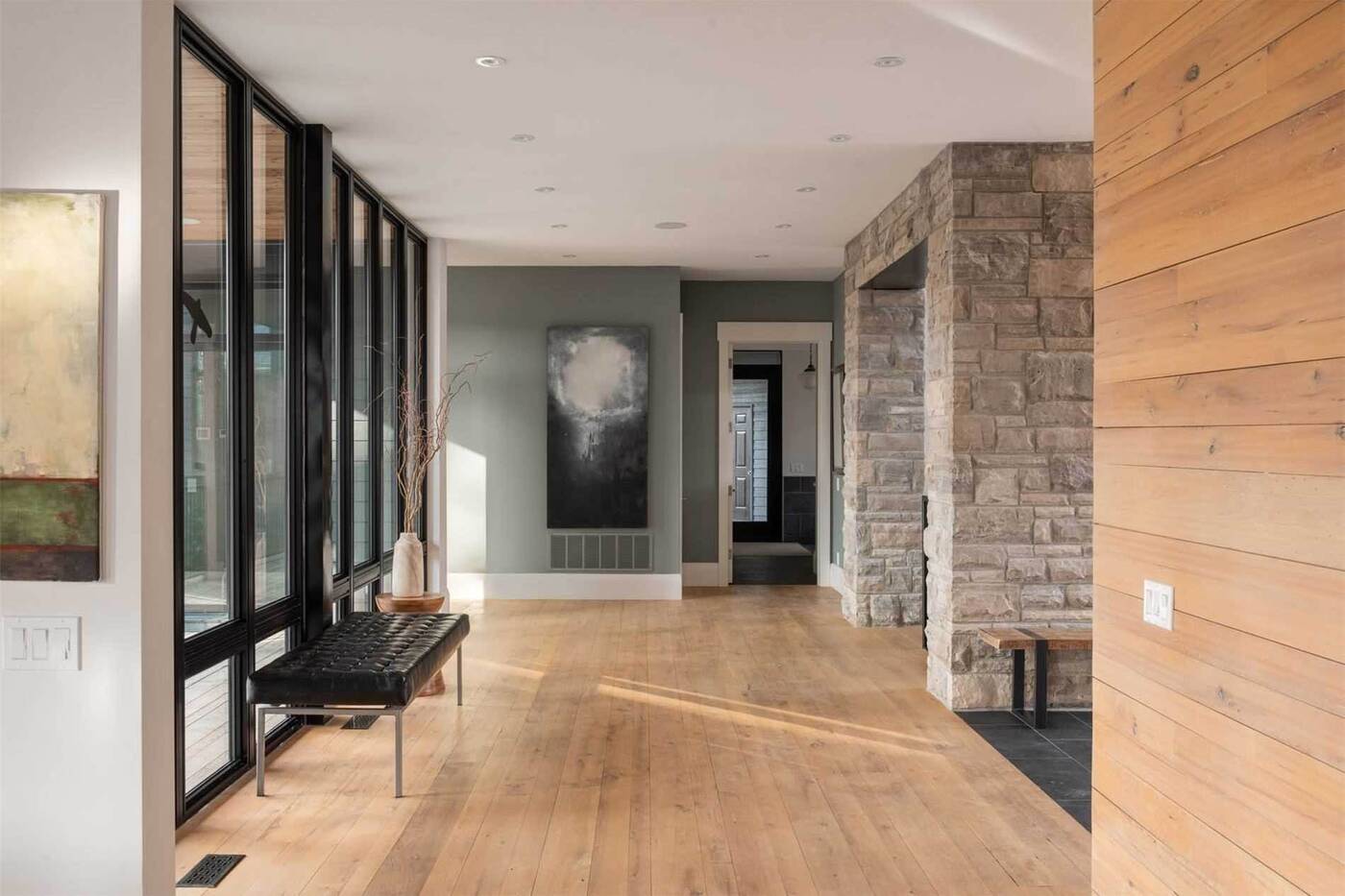 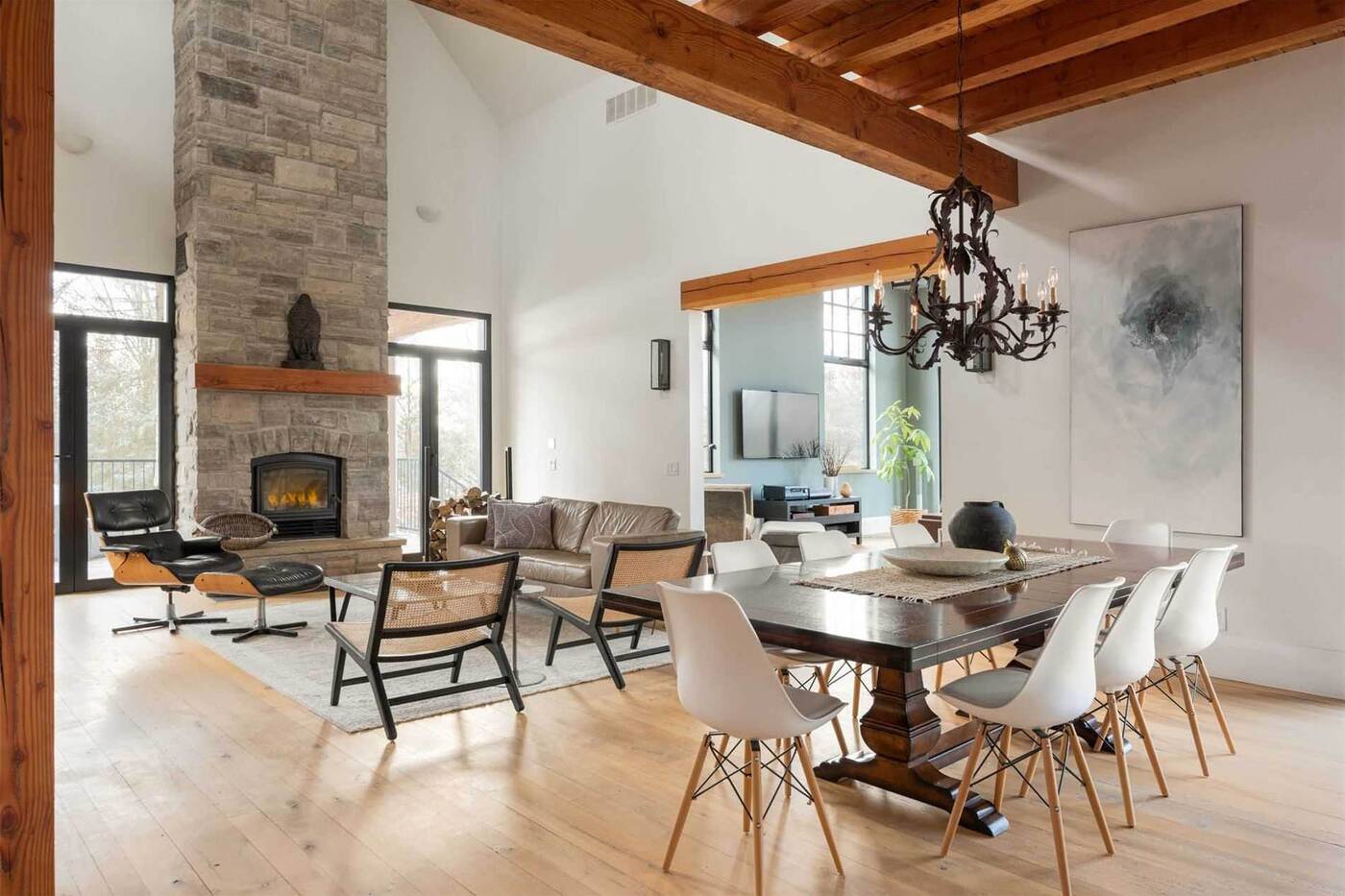 The grand room with a stone fireplace.

The grand room has soaring 30-foot vaulted ceilings, which make the space feel larger than life. 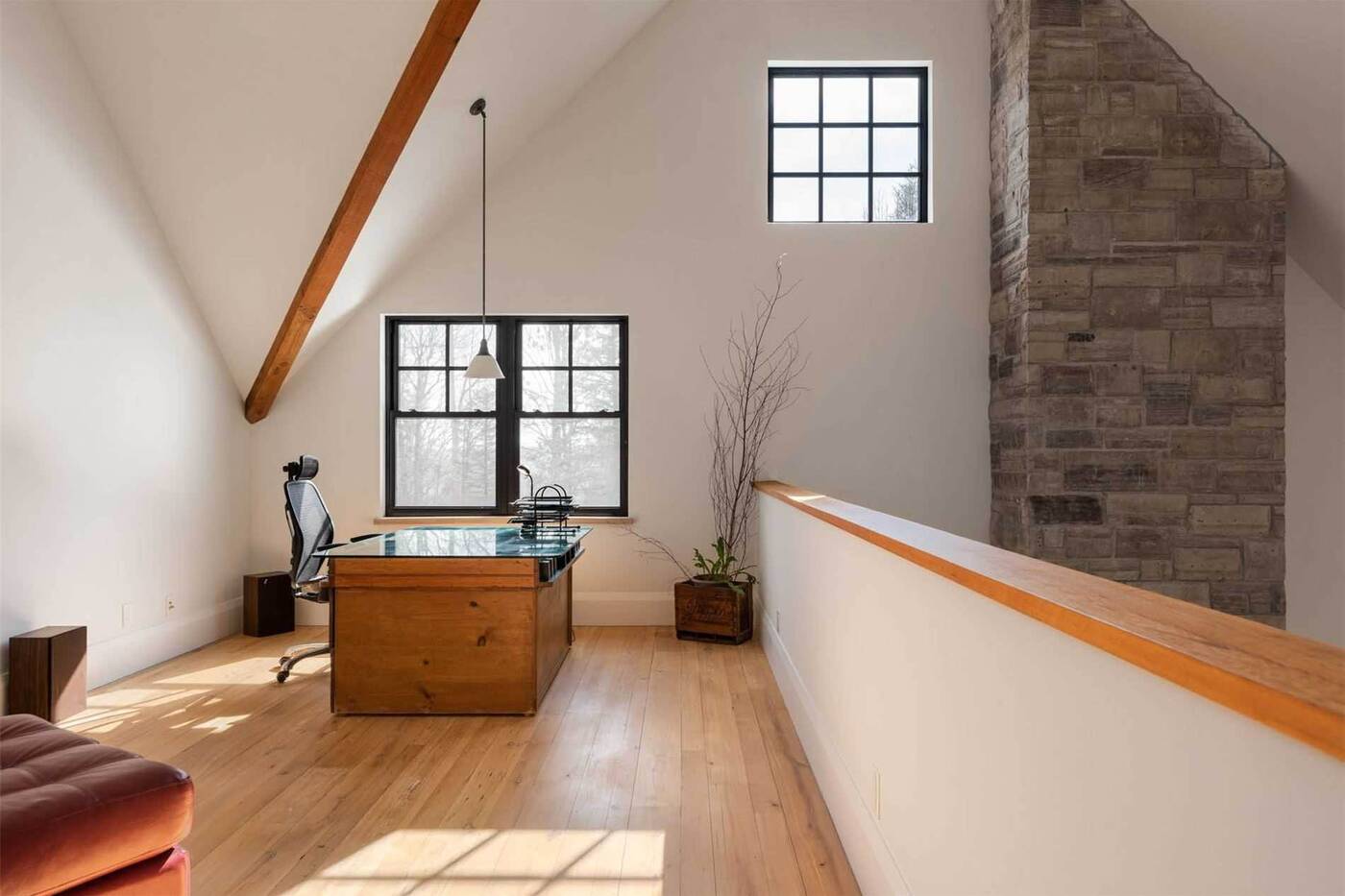 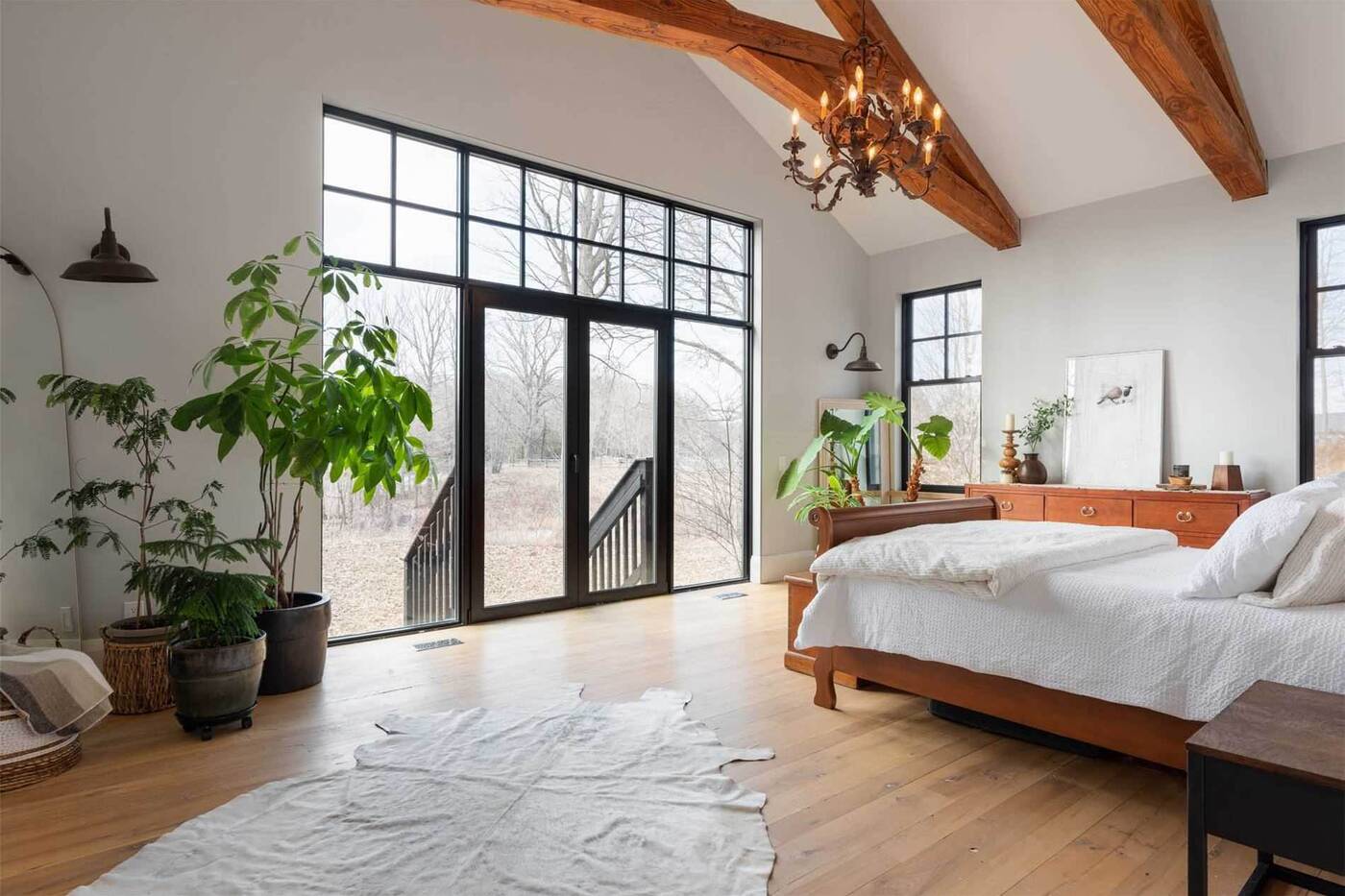 The primary bedroom is also on the main floor and has vaulted ceilings as well as a walk-out. 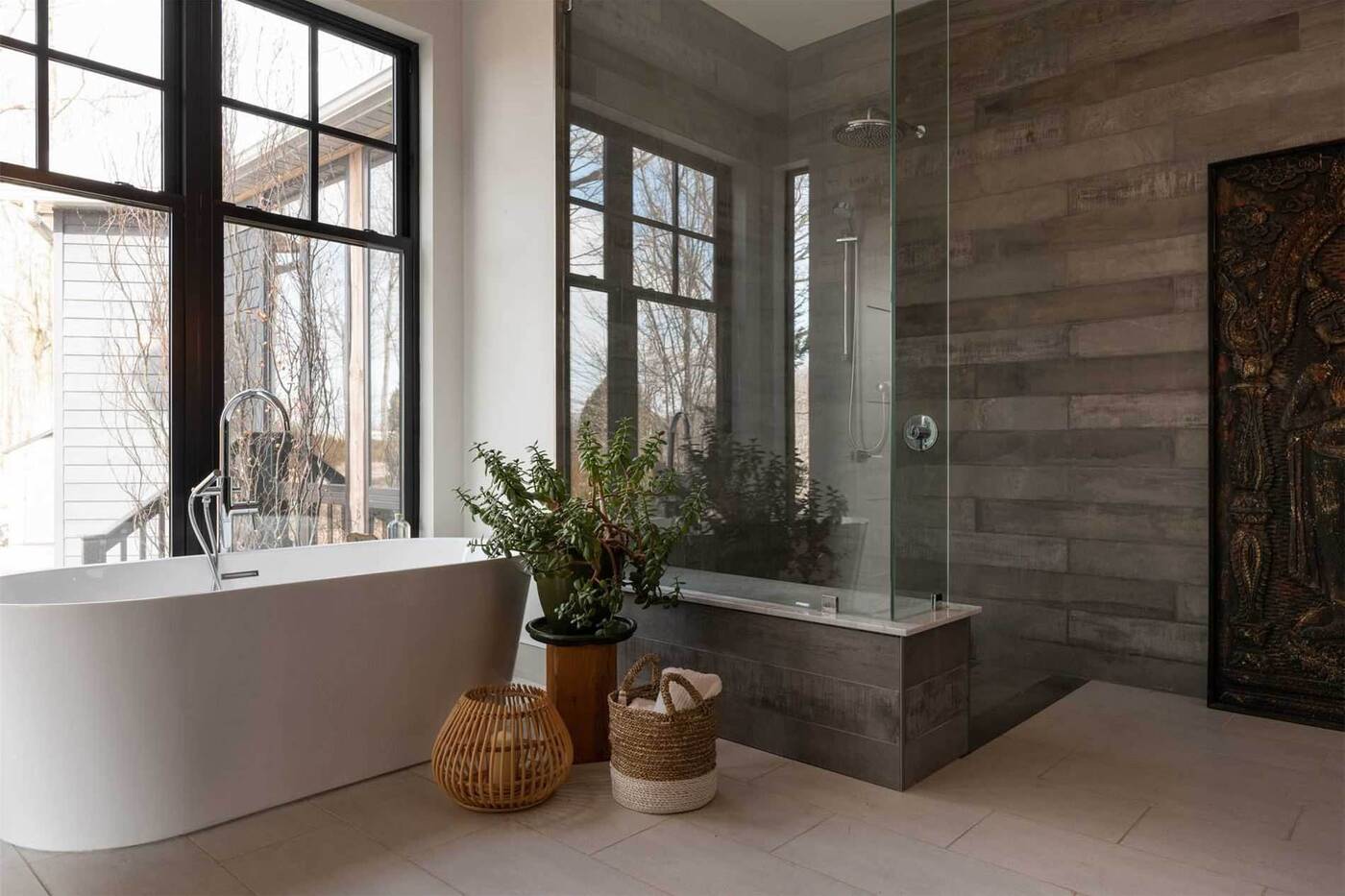 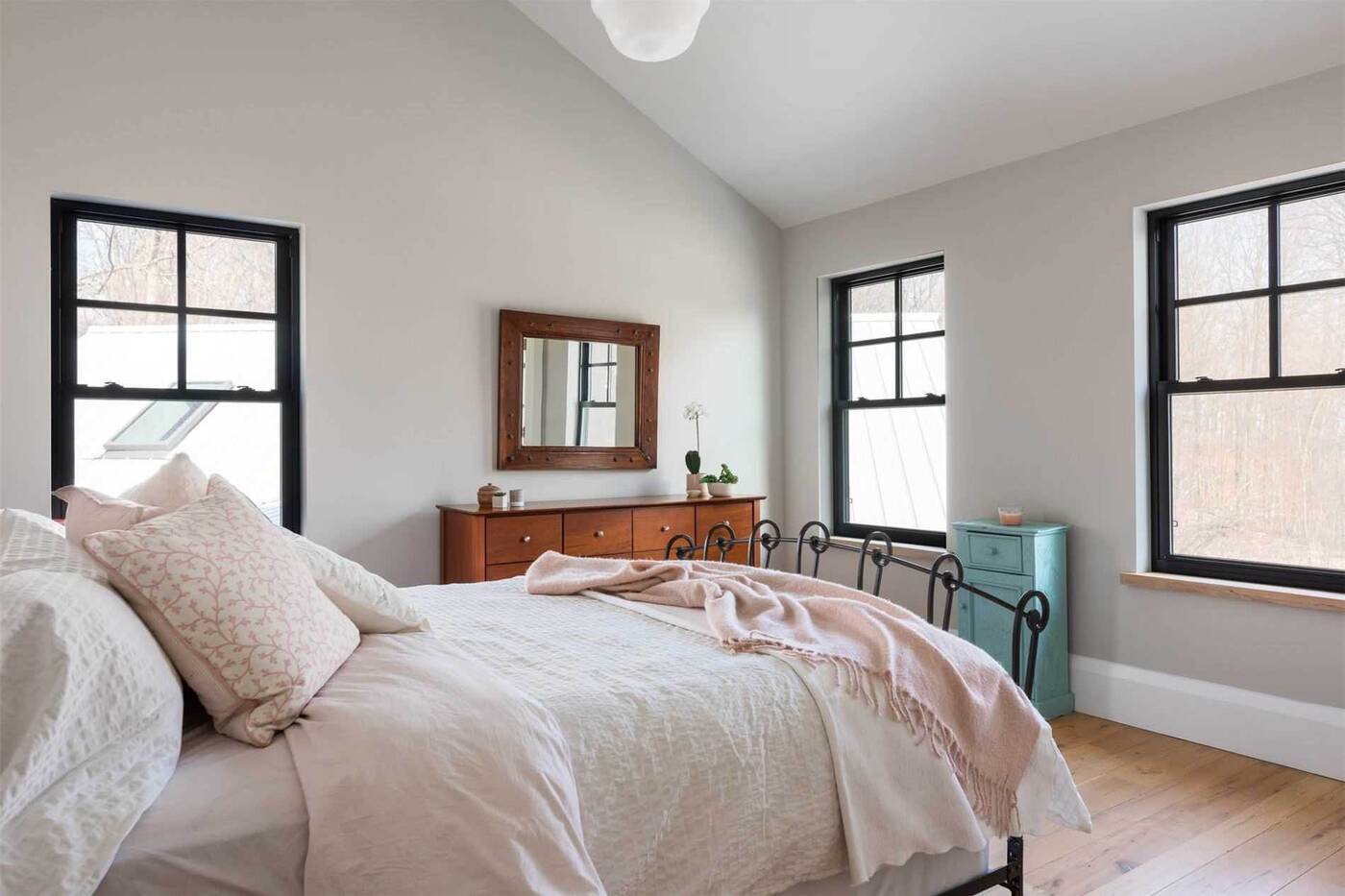 The rest of the bedrooms are on the second floor. 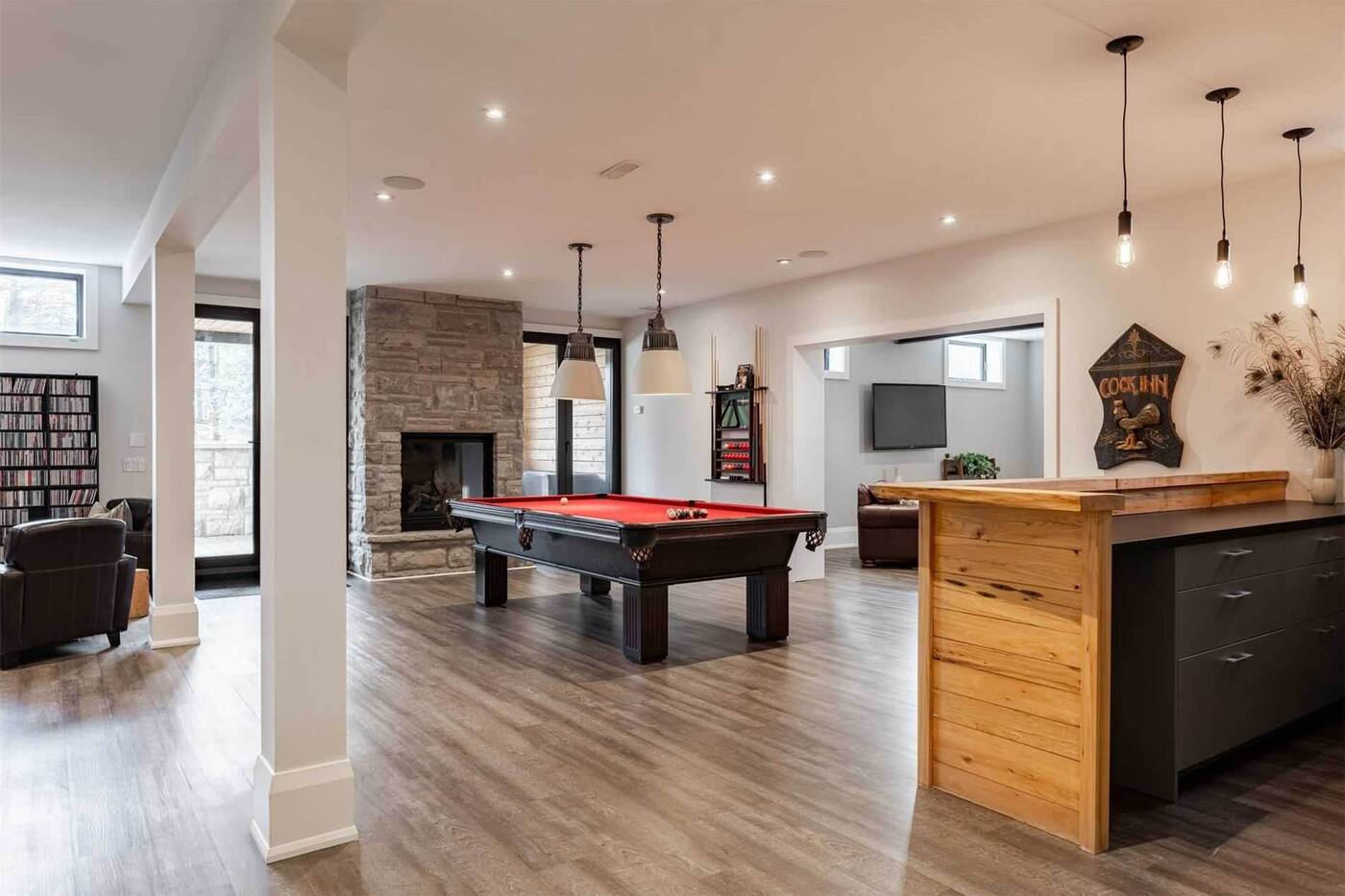 The games area and media room in the basement.

There's more room in the basement with a media room as well as a games room that walks out to the backyard pool. 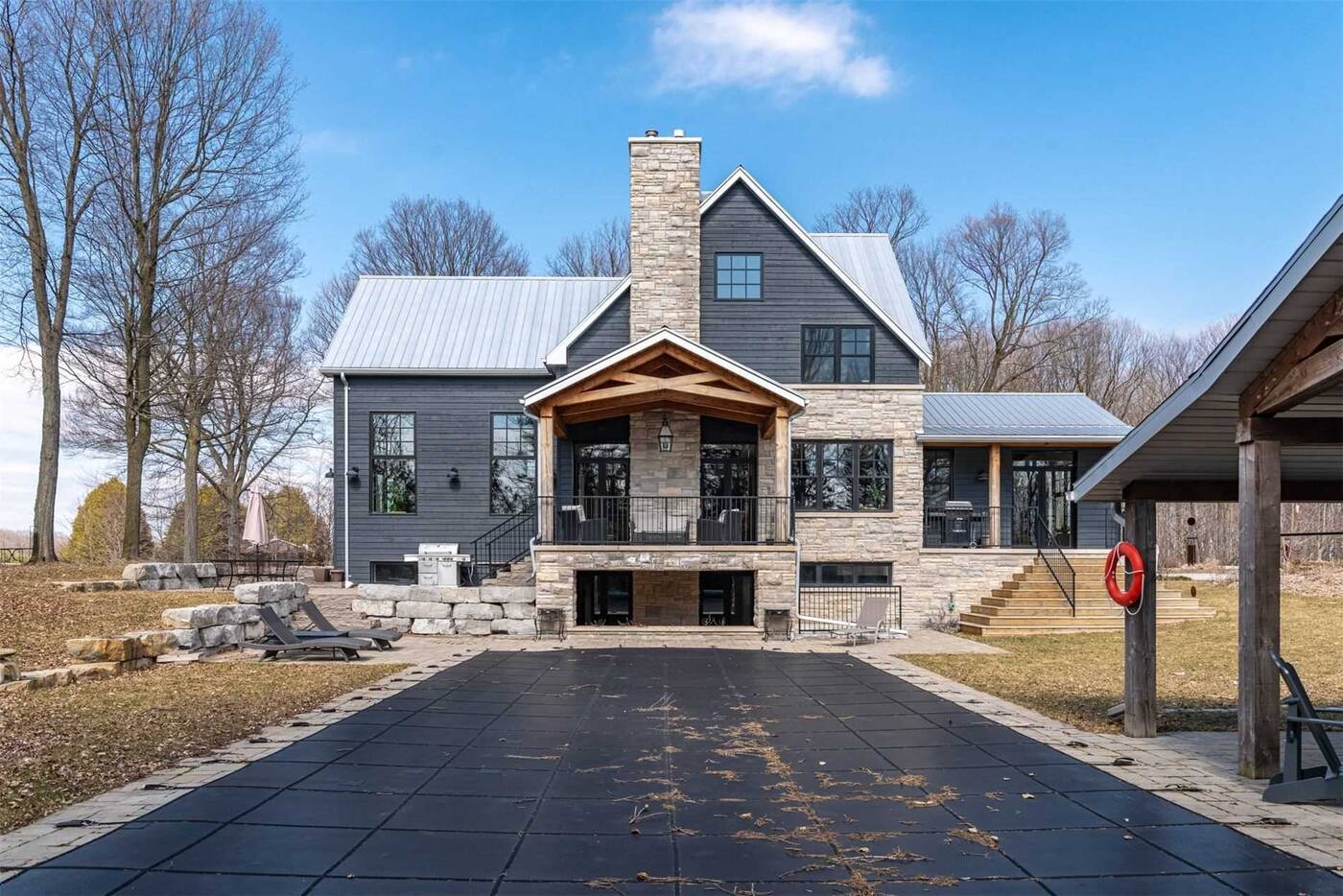 "[The owners] did refurbish the original concrete pool as it was exceptional in size and the location was perfect," noted Meredith. 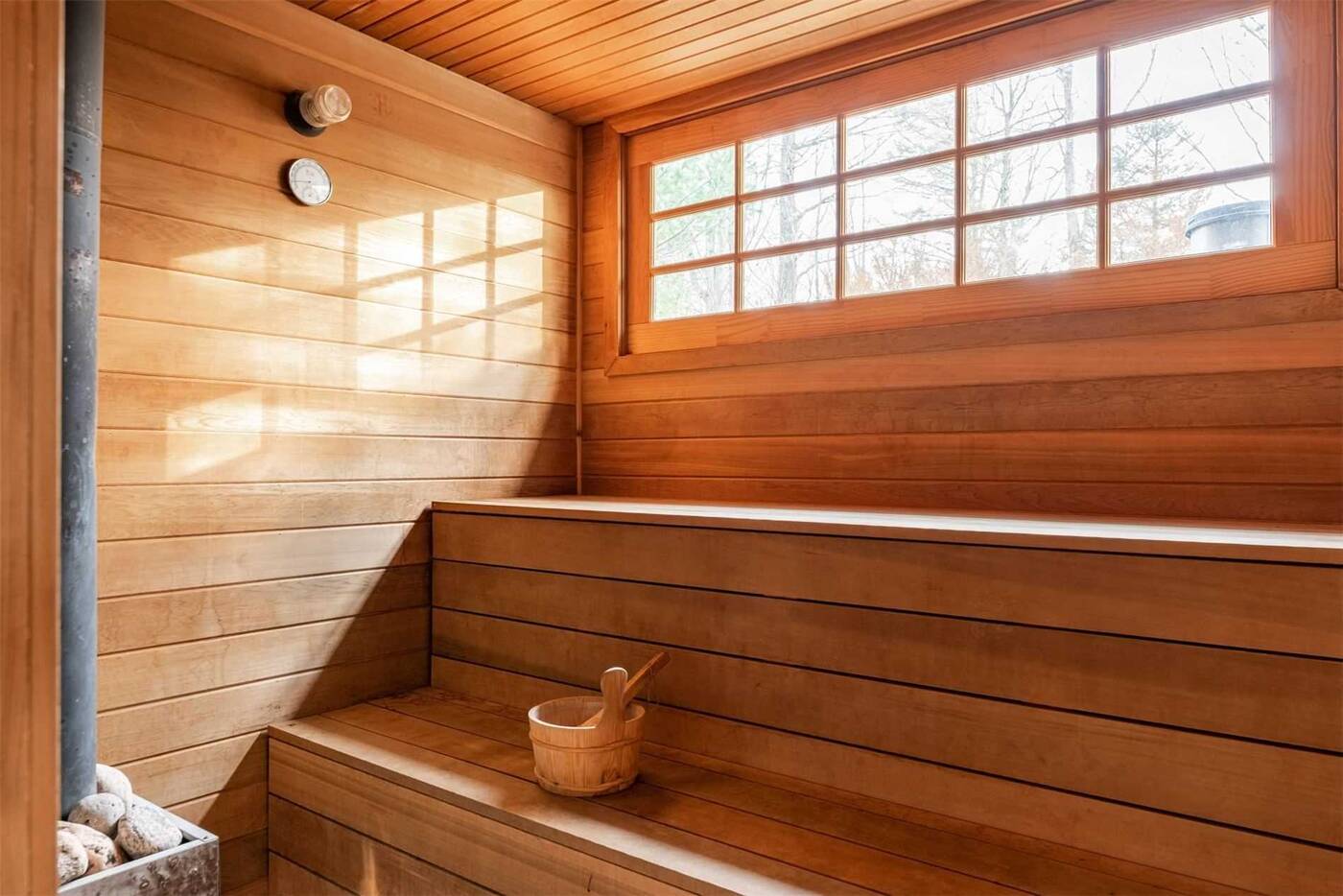 The sauna in the pool house.

The home also features a separate in-law suite, a wood-burning sauna in the pool house and there's even geo-thermal heating in the house. 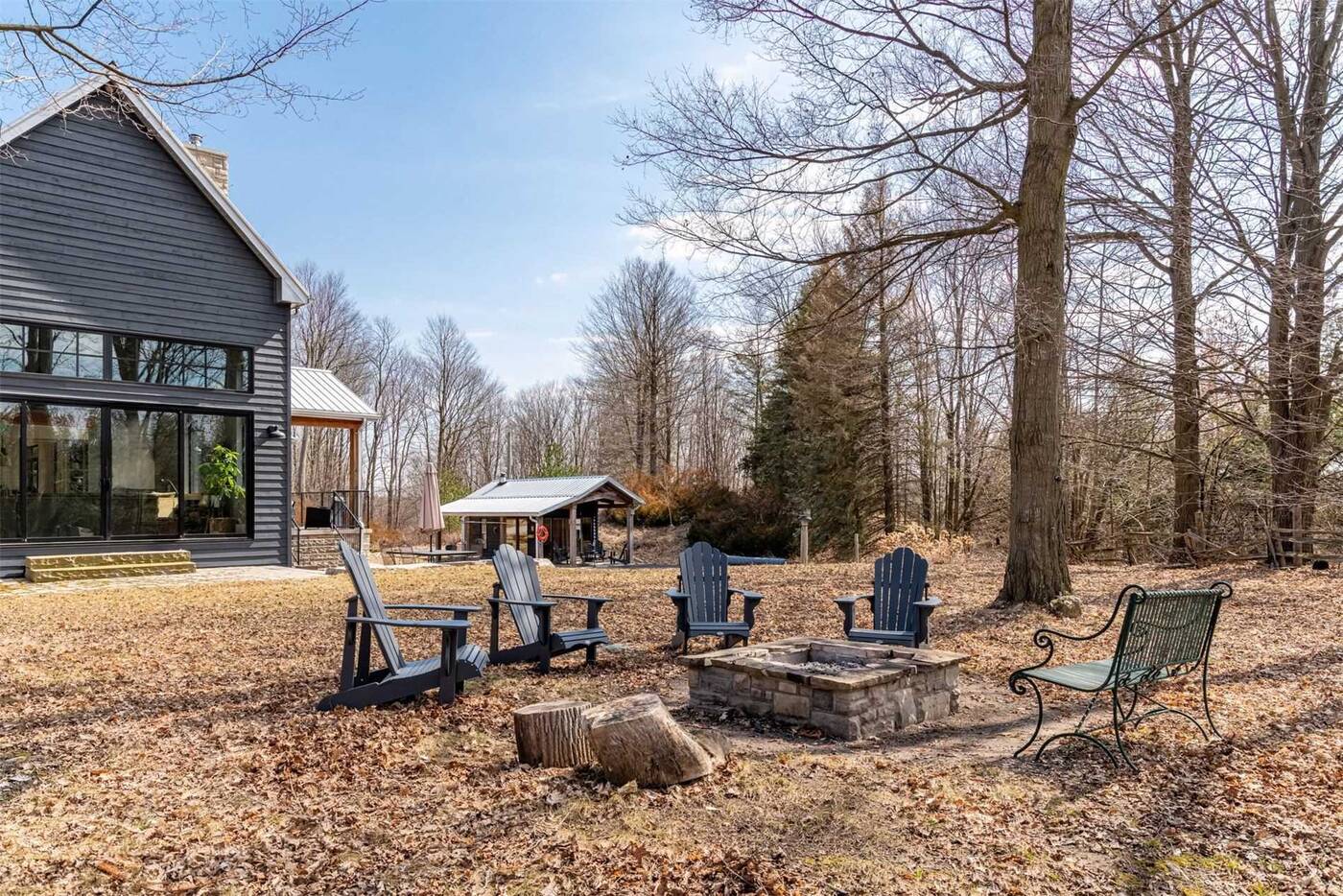 A firepit surrounded by mature trees.

And if that wasn't enough to sweeten the deal, Meredith told blogTO the property is also home to several beehives that are maintained by a local beekeeper. 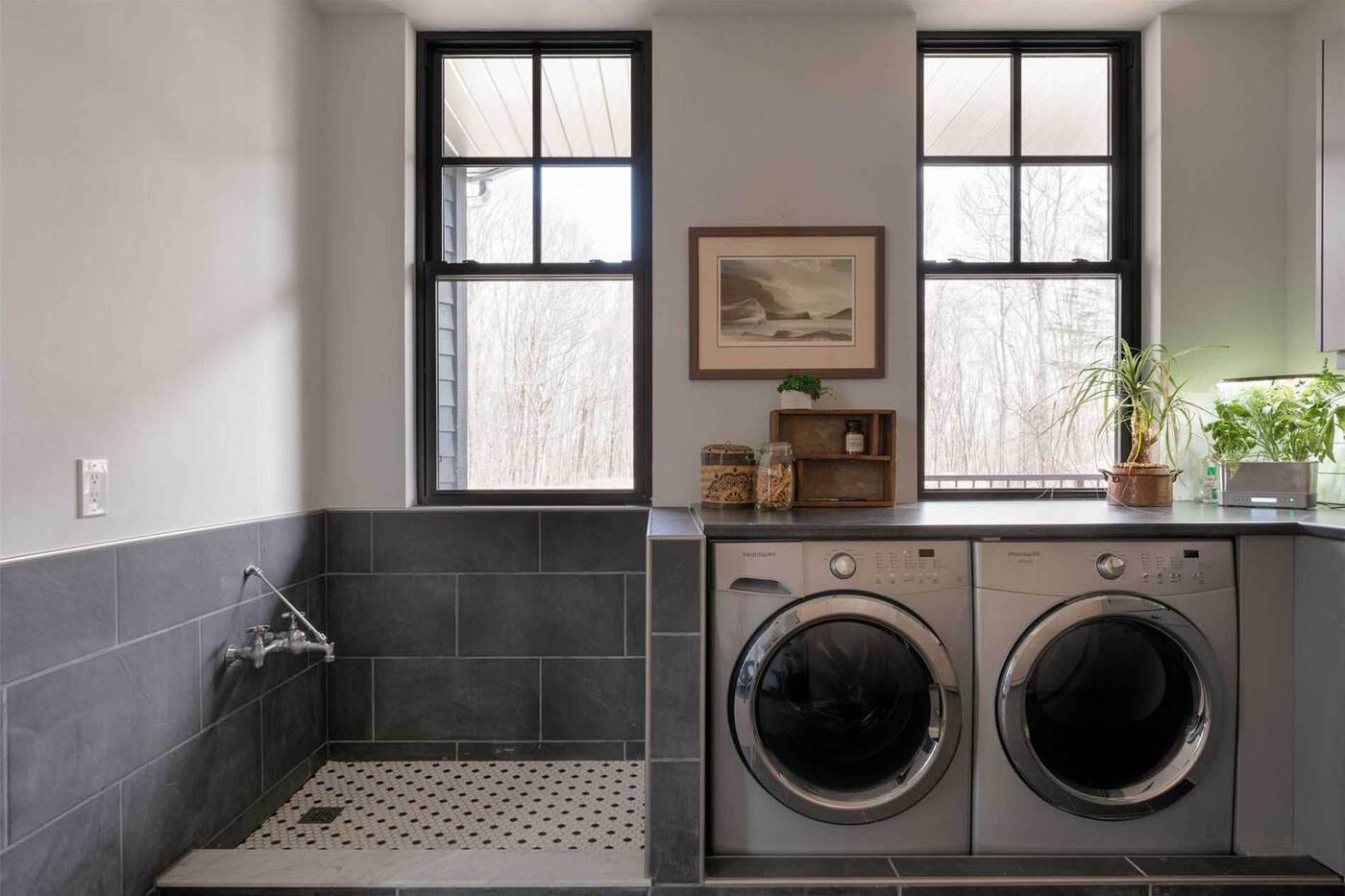 The laundry room has a dog shower.

"The owner has received many jars of honey over the last while," she said.