Ursula Franklin's former Toronto home is on sale for $6 million

If you haven't heard about Ursula Franklin can you even call yourself a Canadian?

Not only is Ursula Franklin the name of a prestigious high school in Toronto but the woman behind the namesake was also a total badass that everyone who lives in Canada should know about. 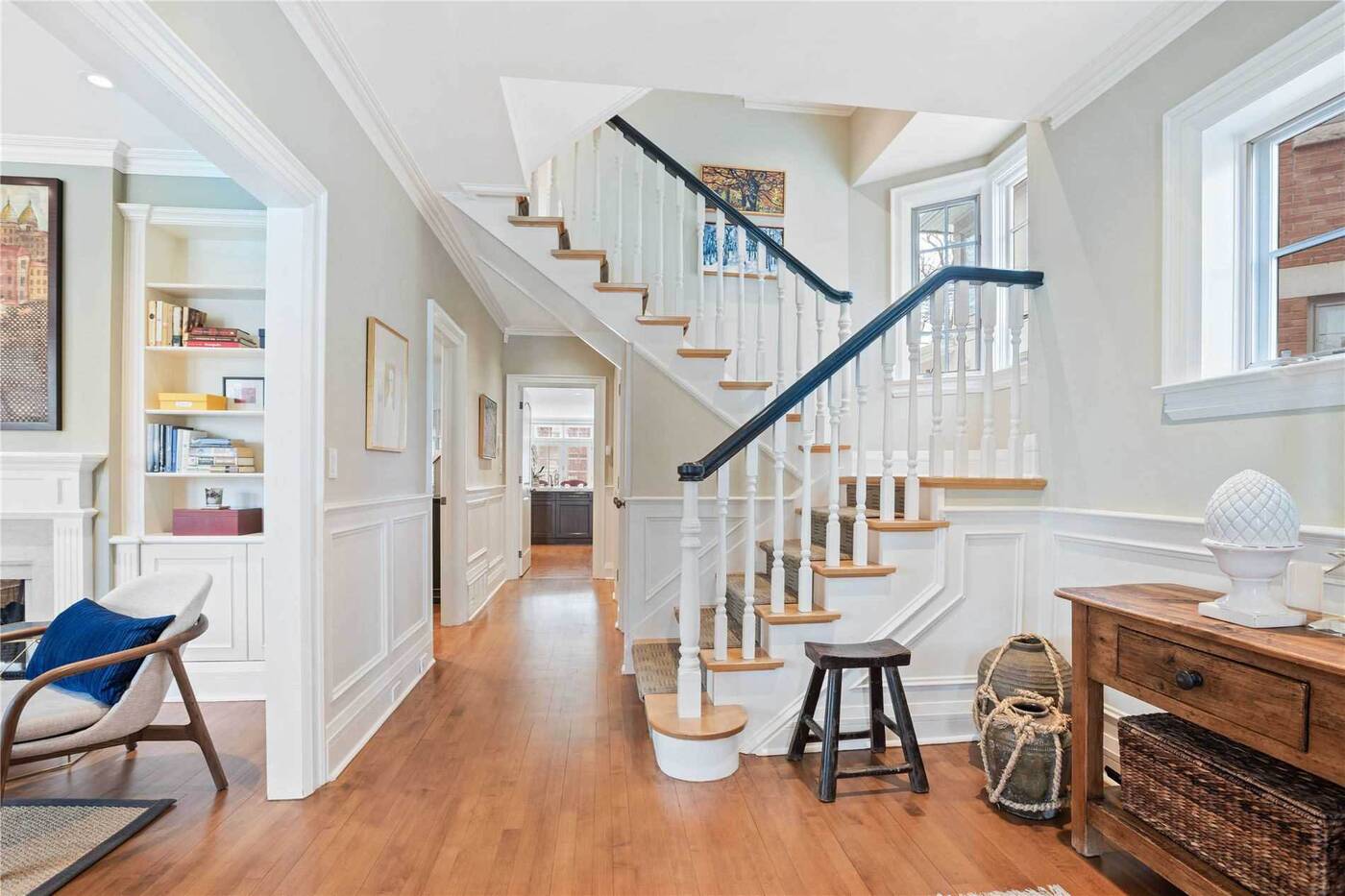 She was also an educator, feminist, social activist, pacifist and metallurgist (say that 10 times fast!).

Dr. Franklin was the recipient of many awards and honours throughout her life, including the Governor General's Award and the Pearson Medal of Peace. 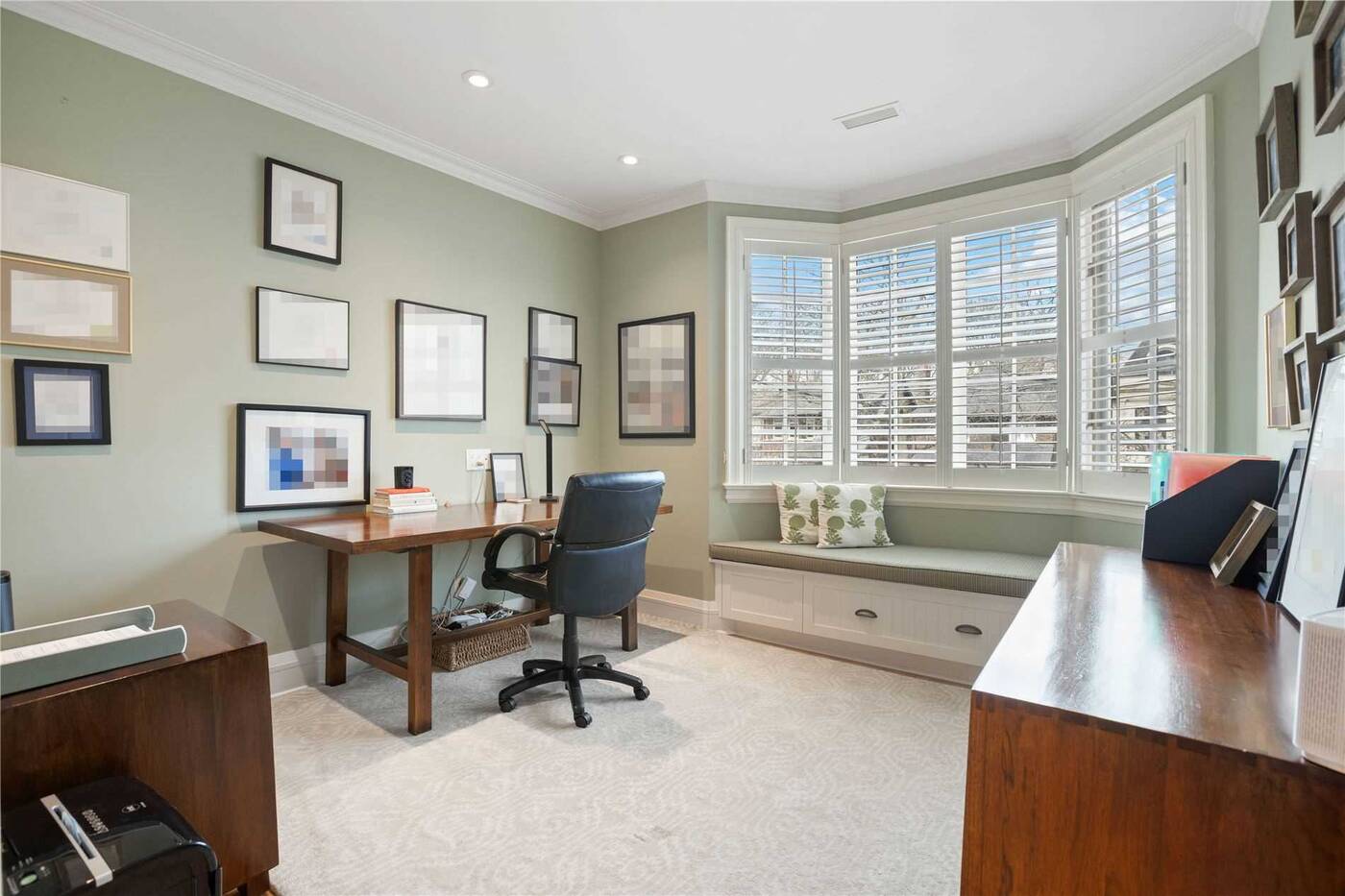 An office with a built-in reading nook.

And while this might be the least interesting thing about her, she did happen to live in this beautiful grand Edwardian five-bedroom, five-bathroom home in Deer Park between 1967-1995. 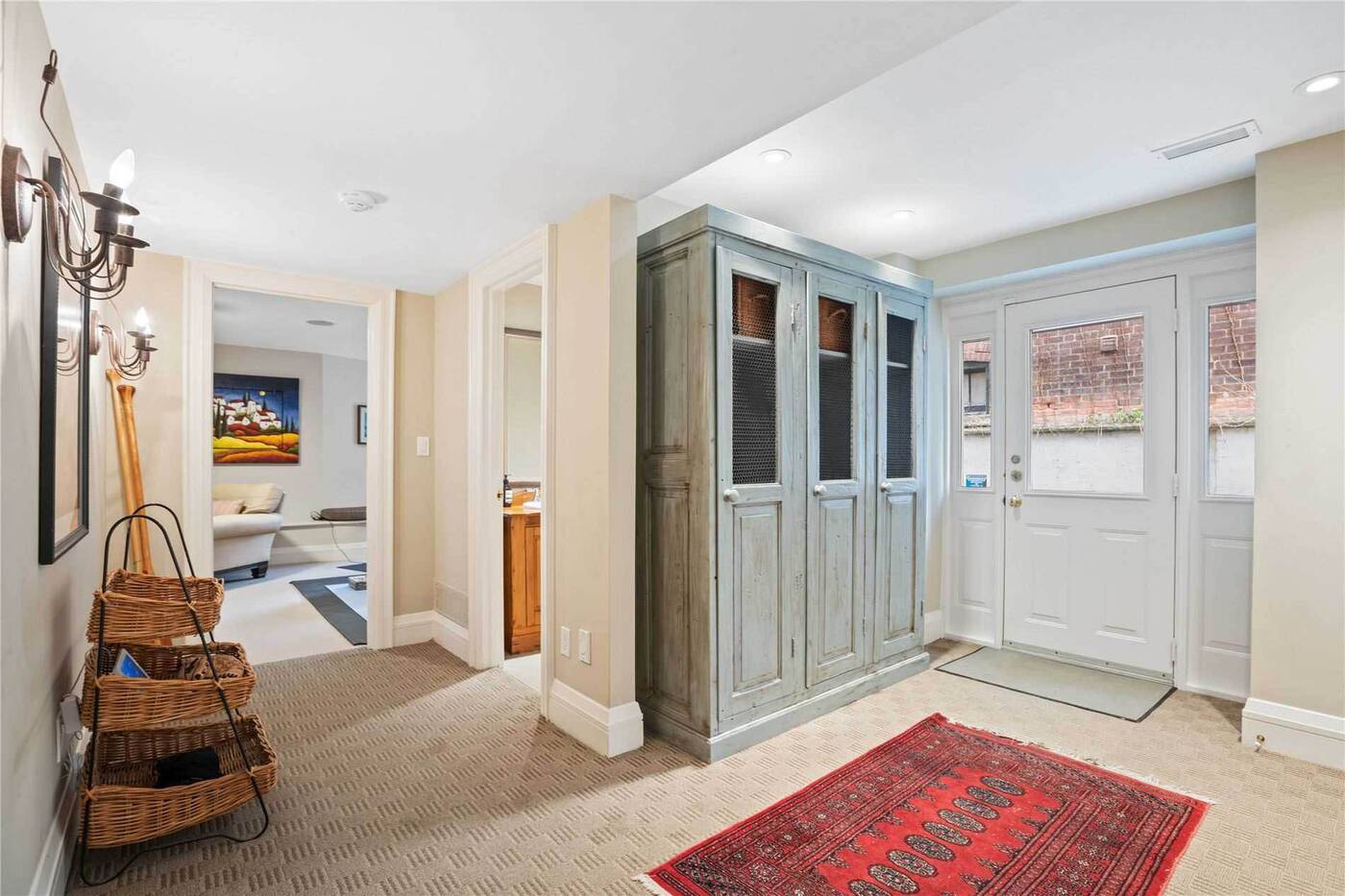 The custom-made triple door armoire is included with the sale of the house.

The home is now part of the Toronto Legacy Project and Heritage Toronto. 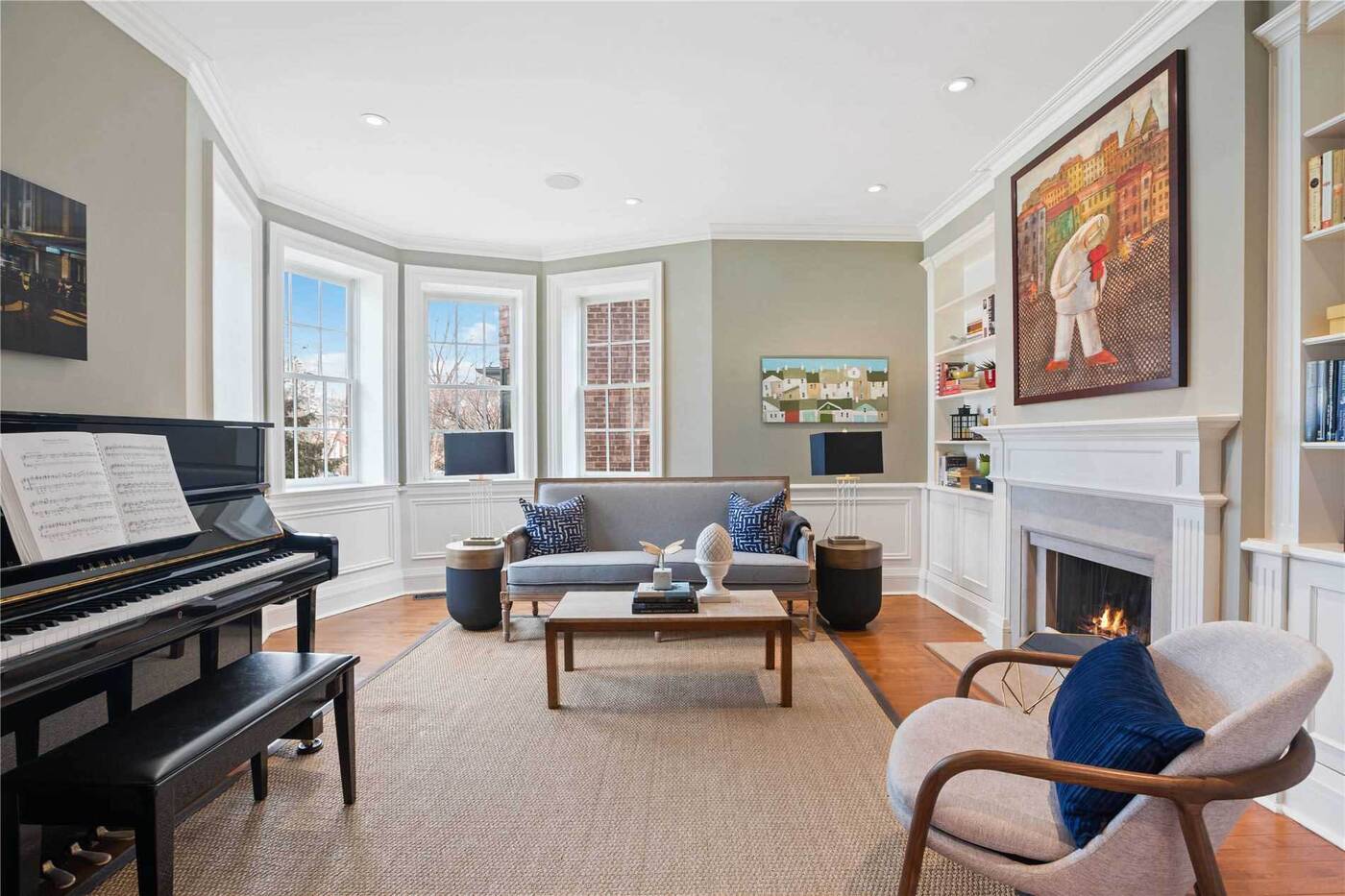 The living room with a wainscotting, a fireplace and built-in bookcases. 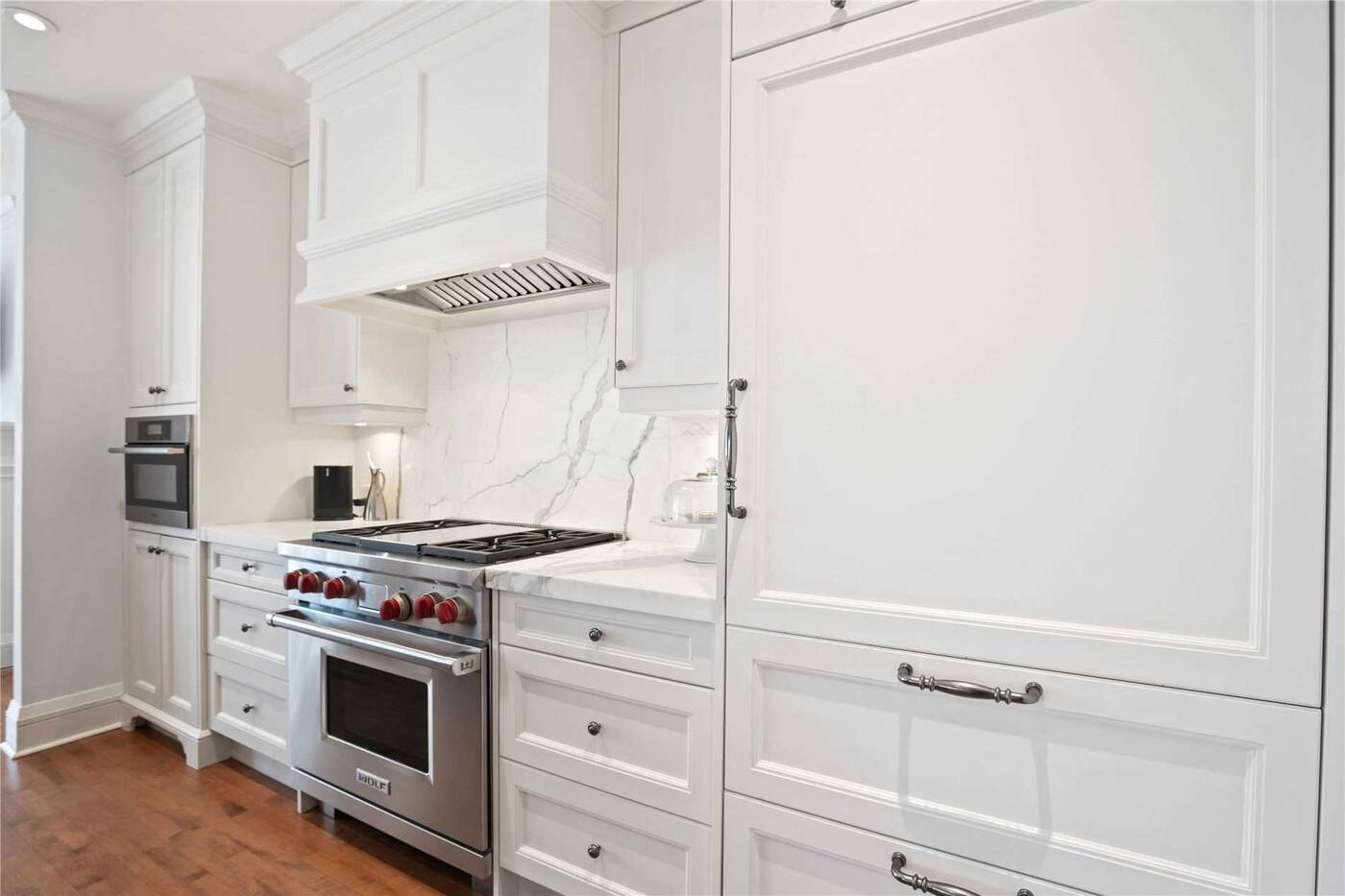 The home has also been upgraded along the way with things like a new kitchen, bathrooms, and roof, among other things. 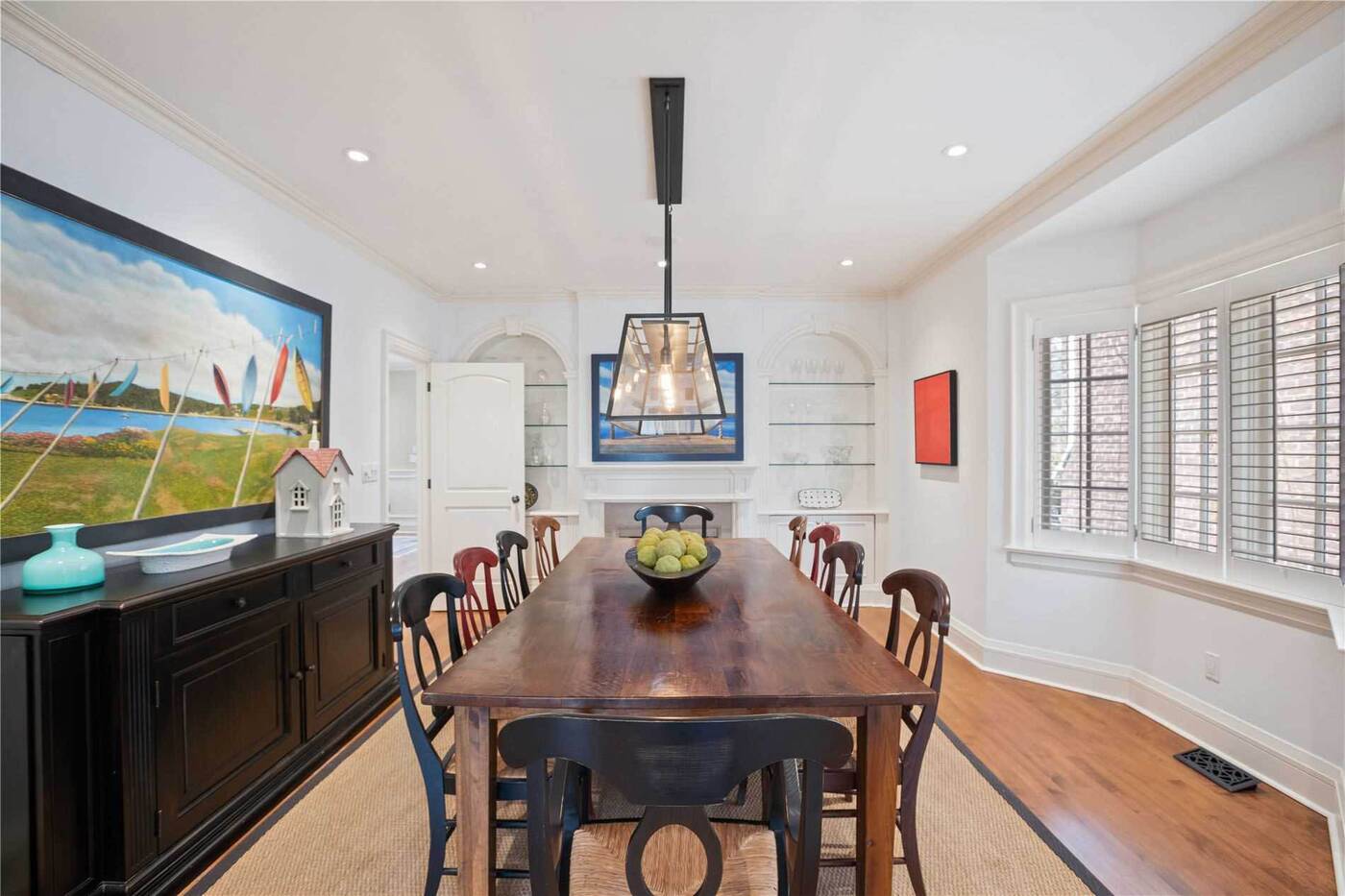 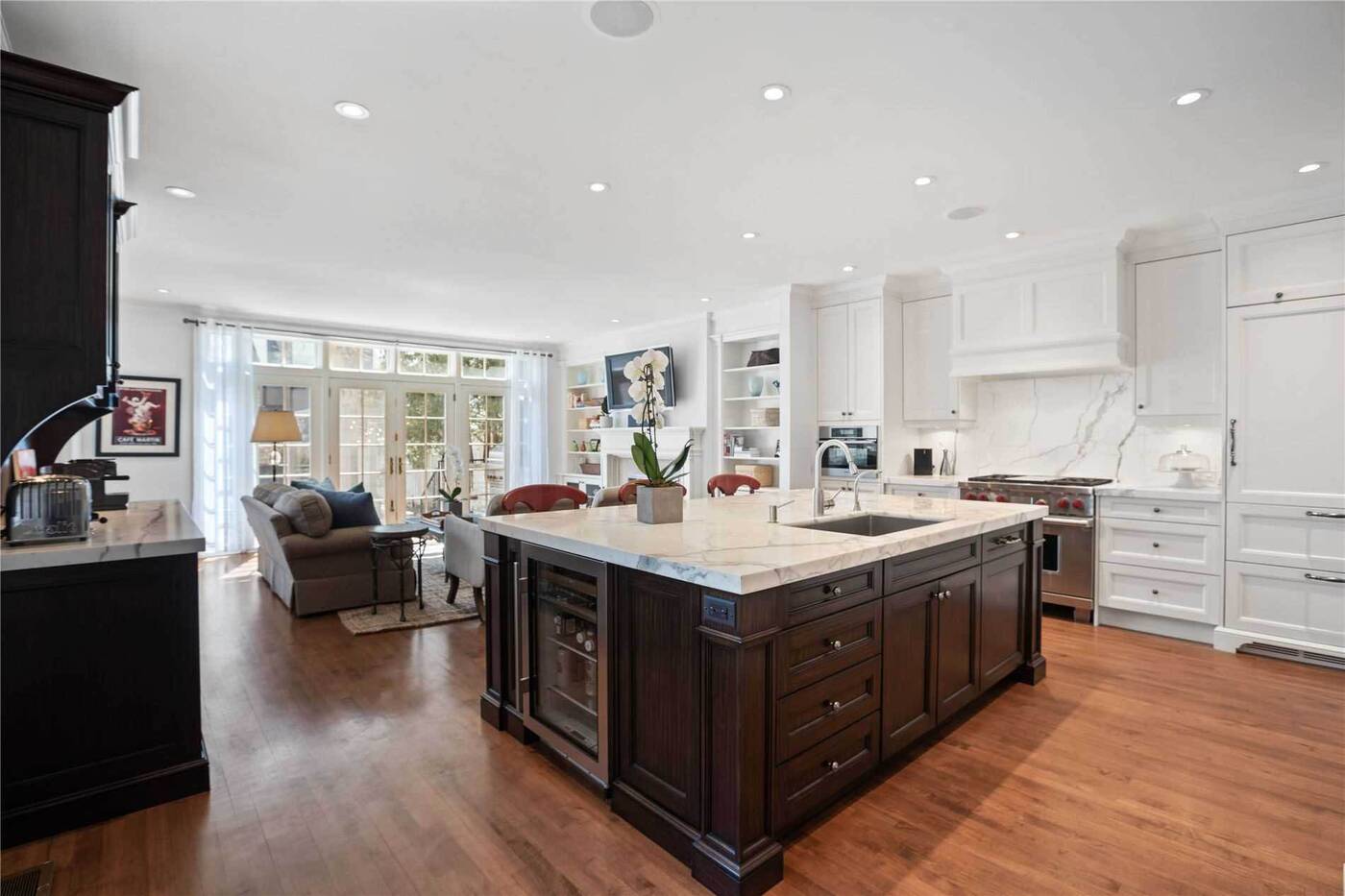 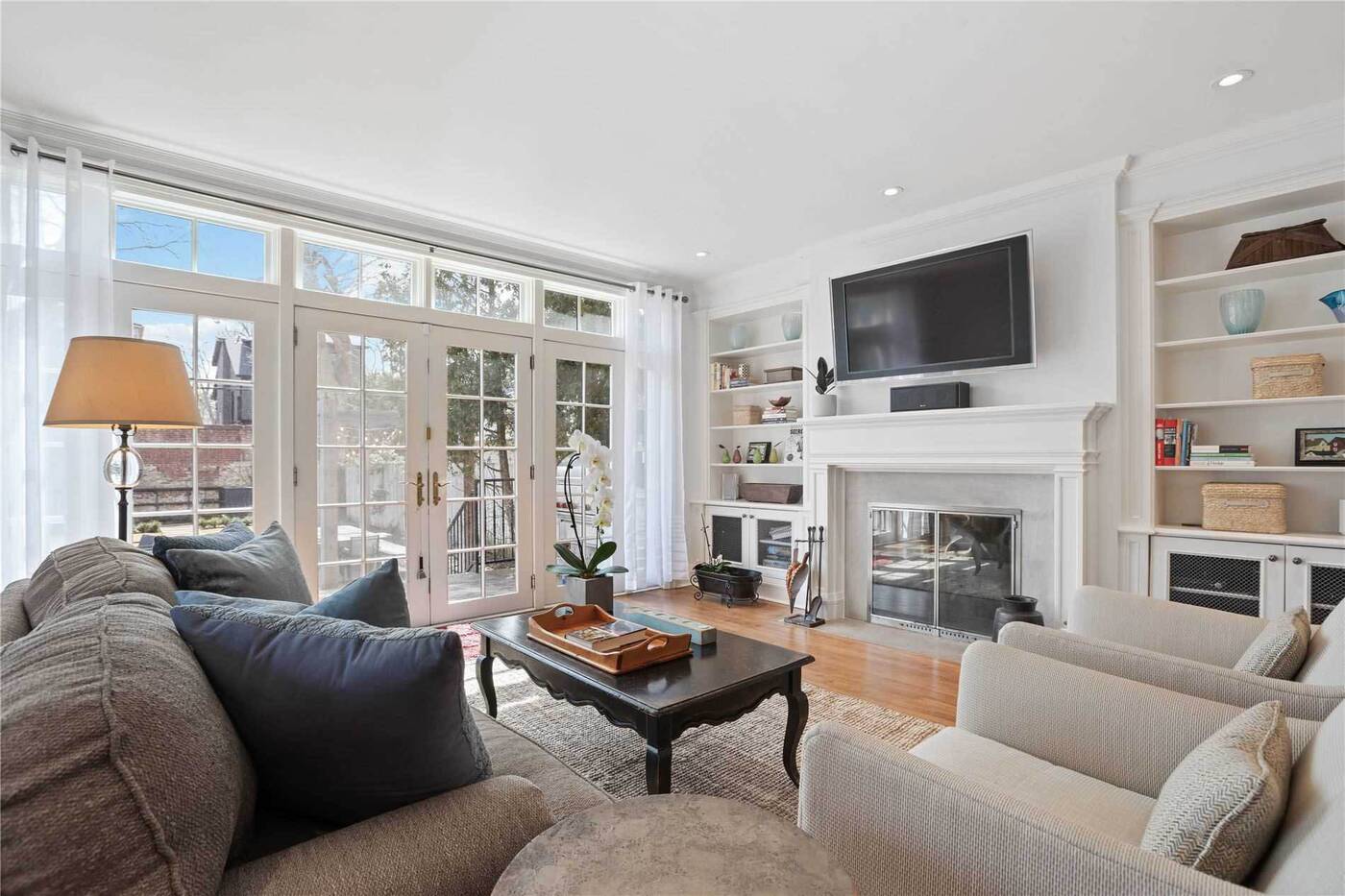 The family room has a stone-faced wood-burning fireplace with a contemporary mantel, flanked with built-in cabinets.

The cozy family room is open with the kitchen, featuring French doors that lead out into the spacious backyard. 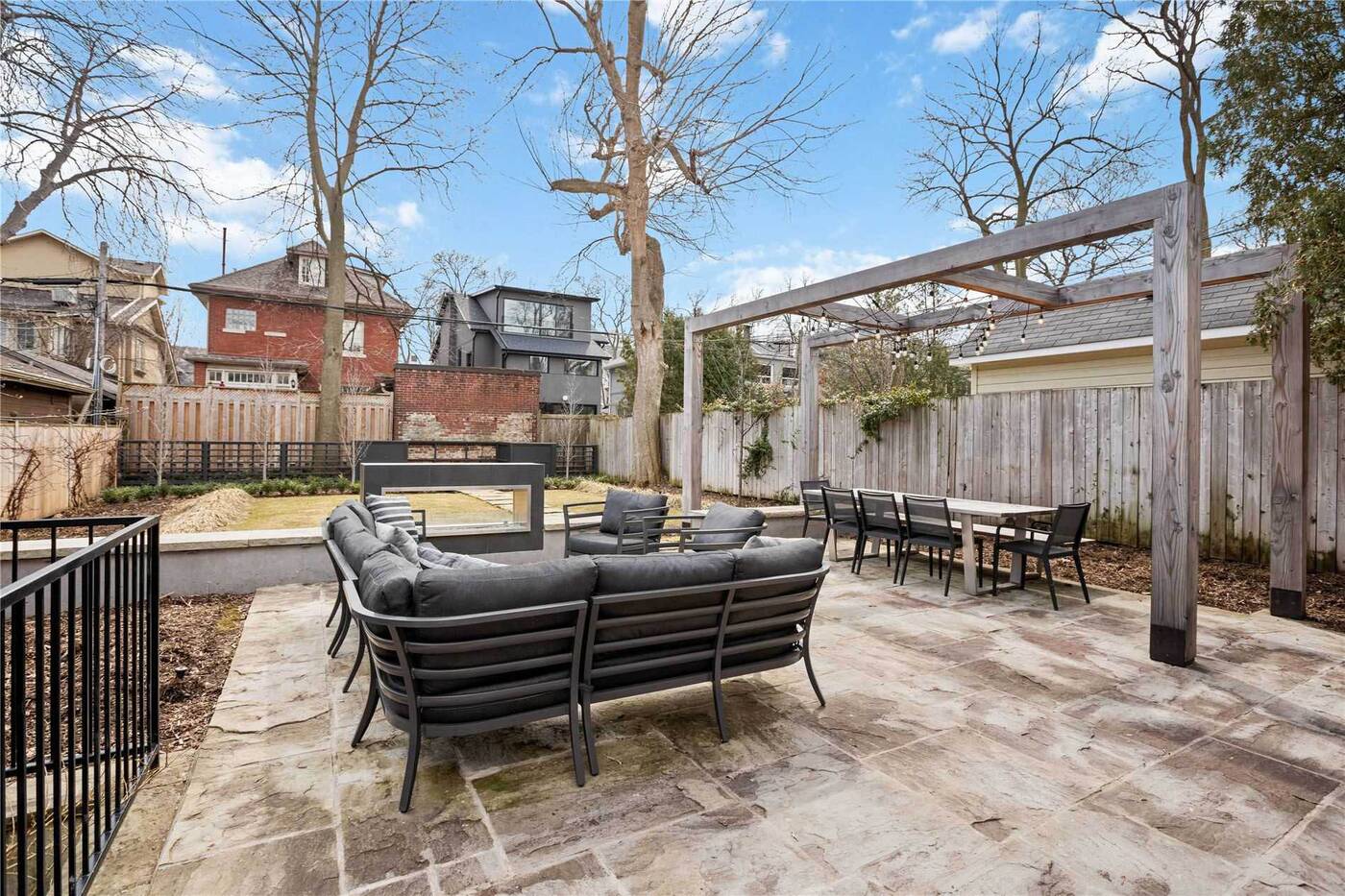 The backyard has a flagstone patio, a dining area with pergola and lounge area with large open gas fireplace. You'll also find an outdoor cooking area with a BBQ. 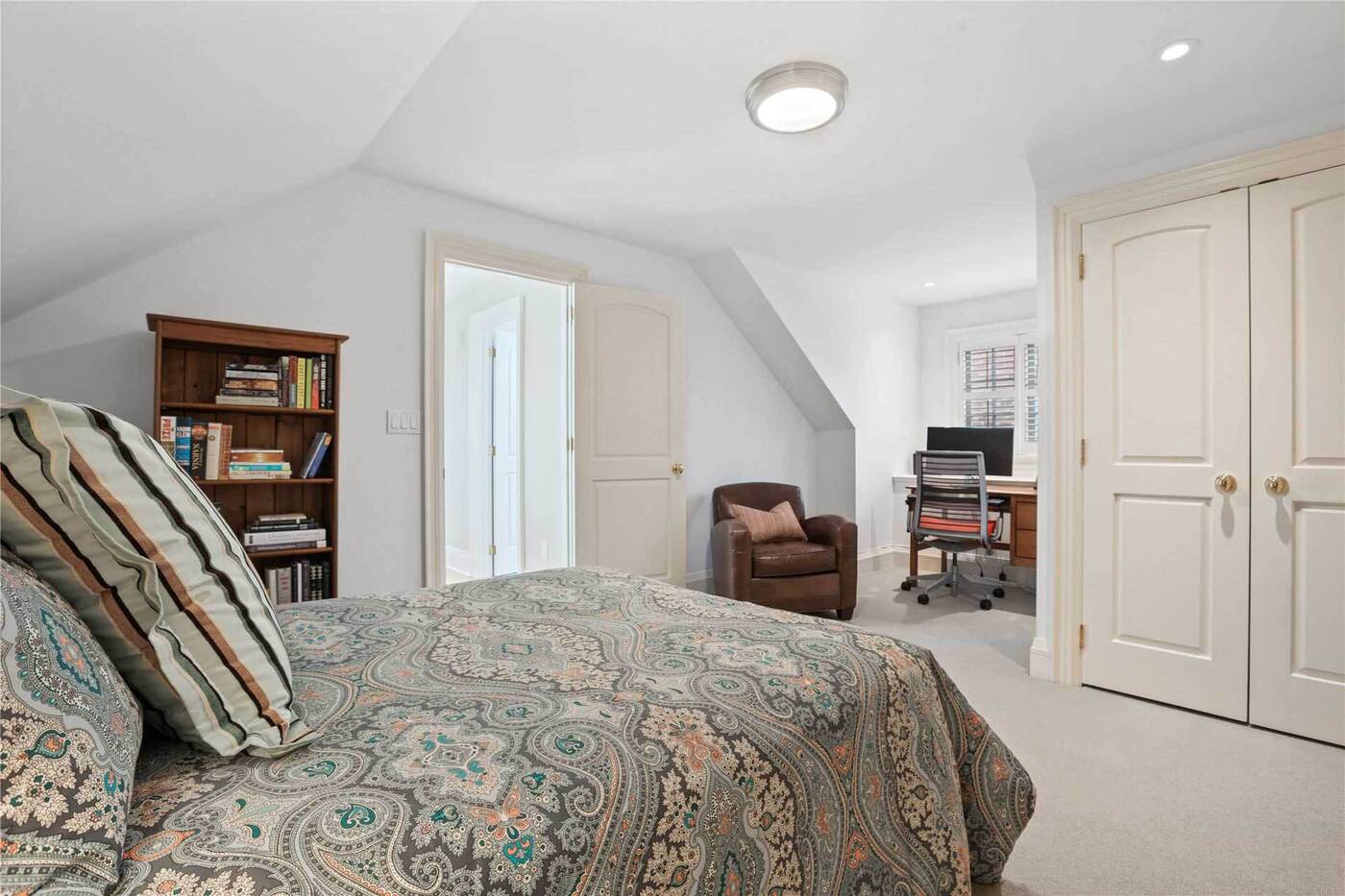 The bedrooms are on the second and third floors. 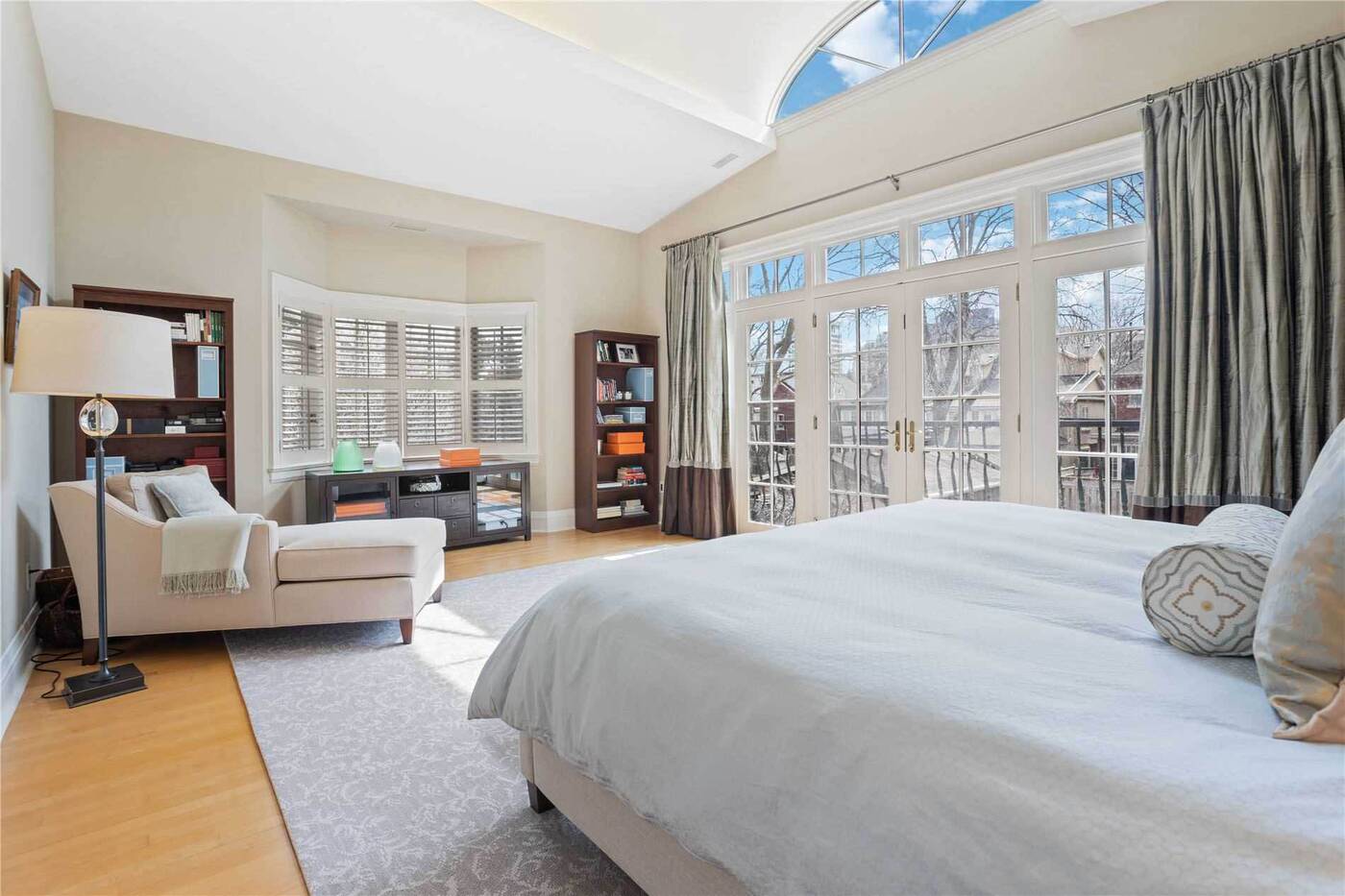 The primary bedroom suite has two walk-in closets and massive floor-to-ceiling windows that open to a Juliette balcony. 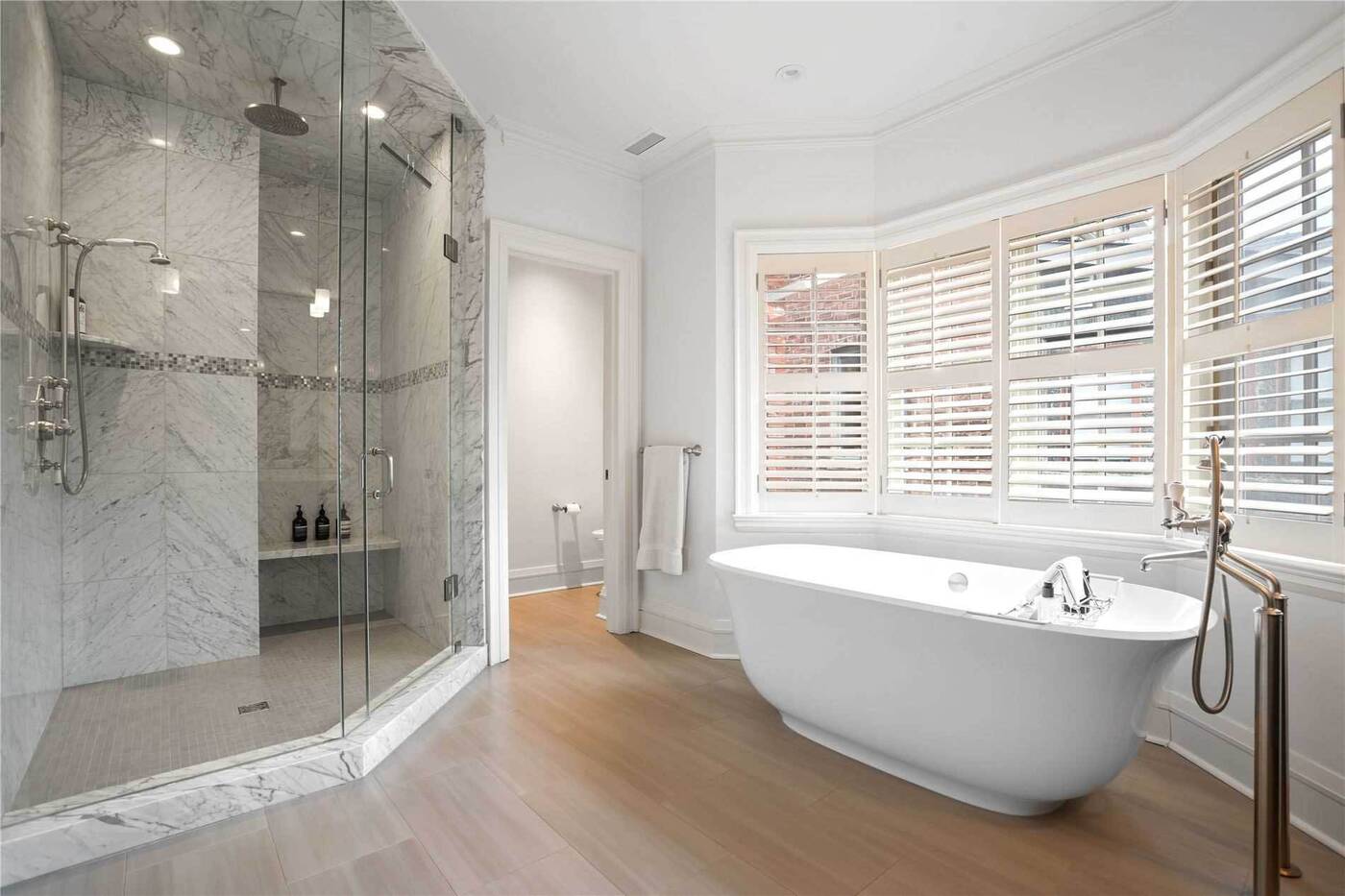 The primary bathroom has a freestanding soaker tub by Victoria & Albert with floor-mounted faucet.

The primary bedroom also has a five-piece ensuite bathroom. 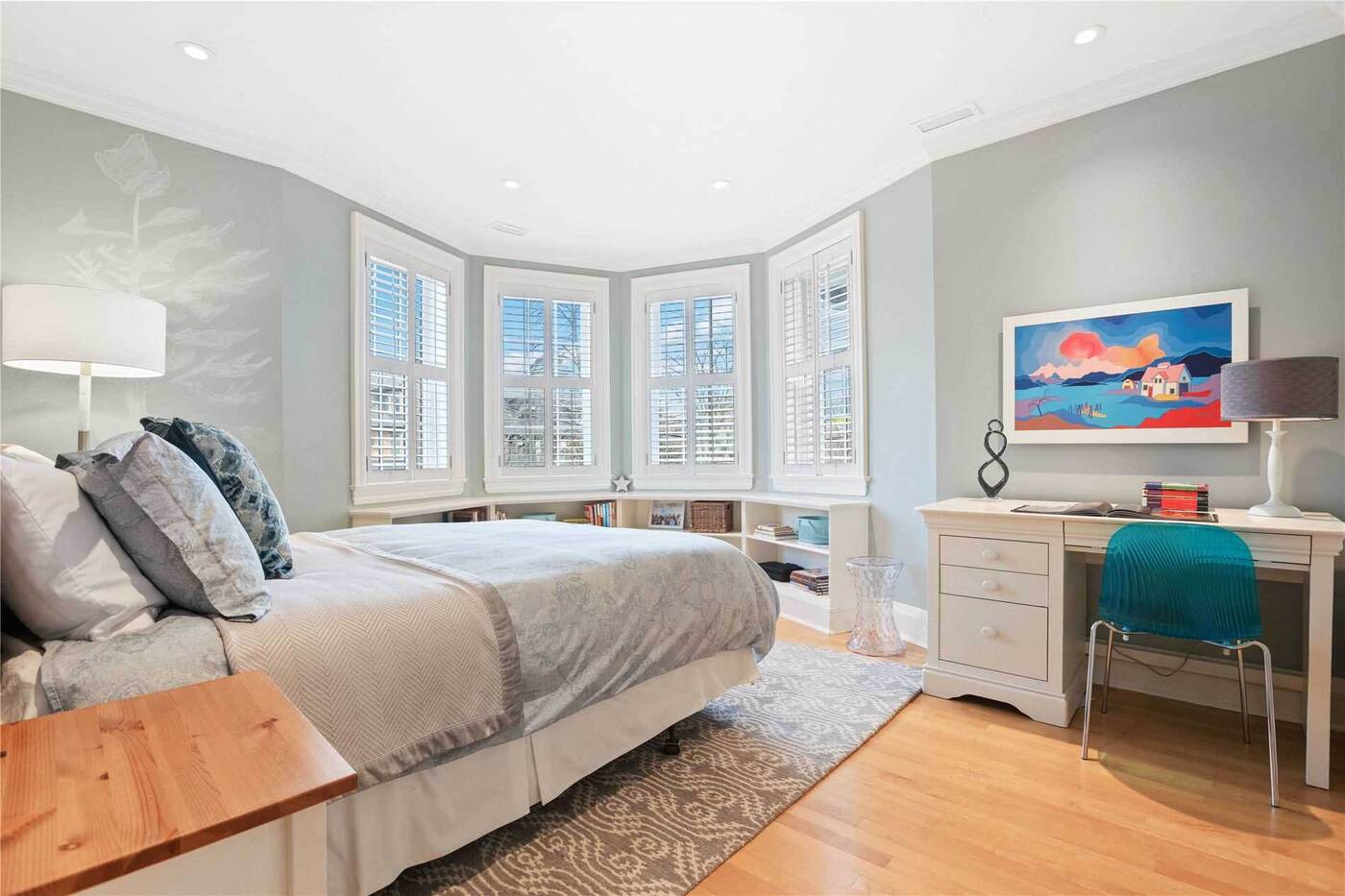 A bedroom with built-in bookcases under the bay window.

The other bedrooms are sized well and have plenty of storage. 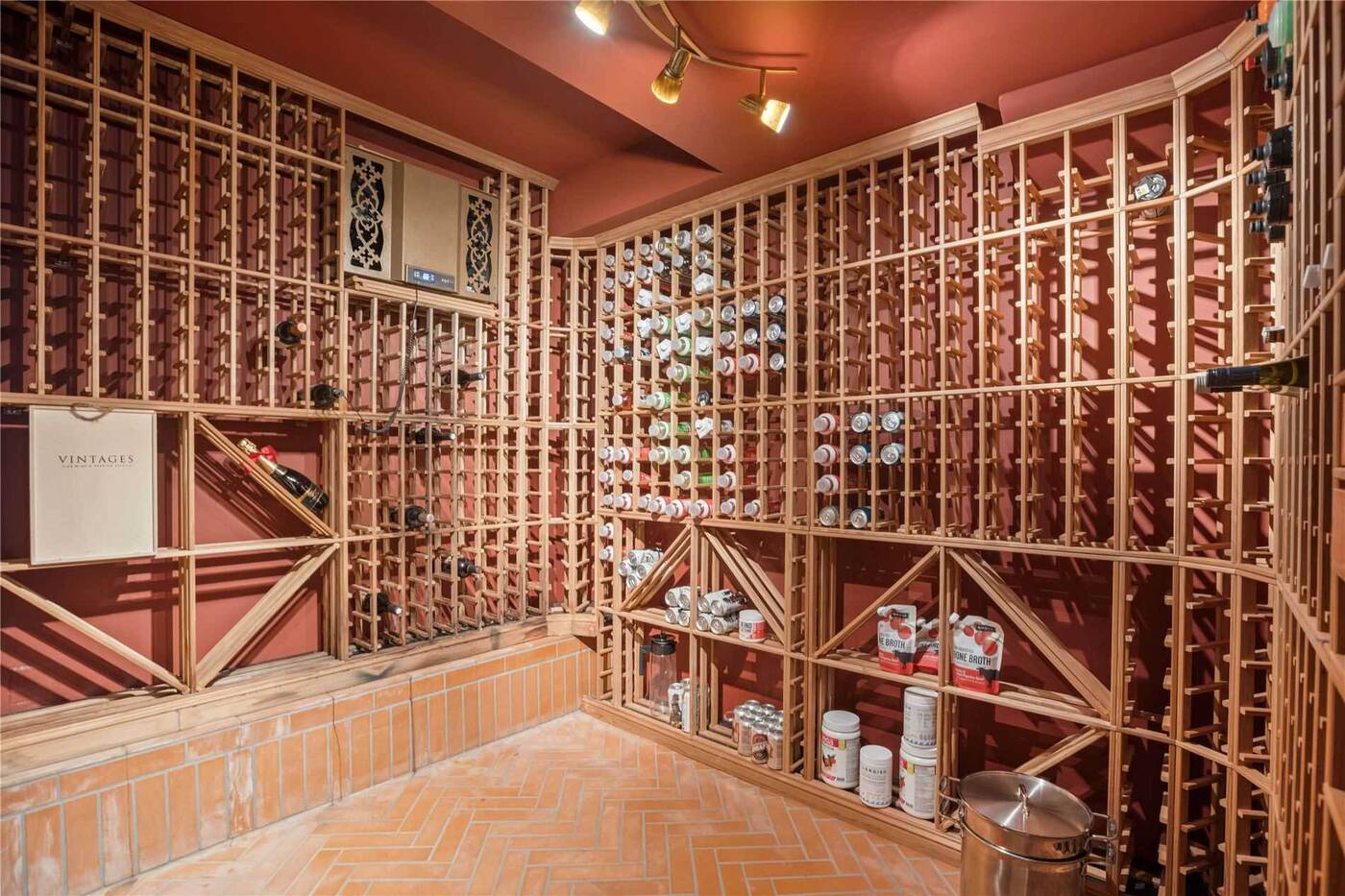 The lower level of the home has a recreation room and a convenient mudroom that can be accessed from the side driveway, as well as a wine cellar that can hold more than 900 bottles. 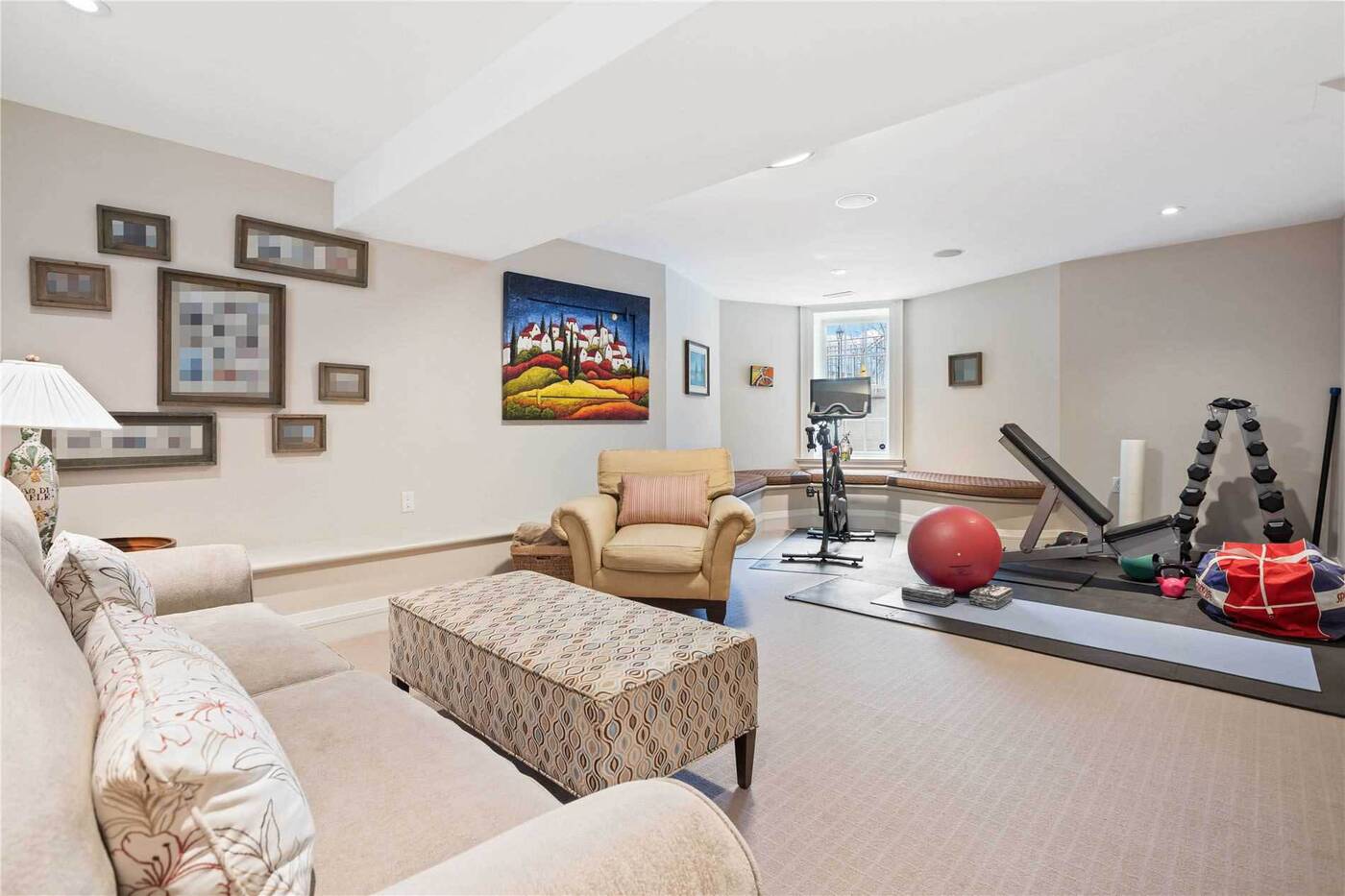 There's a lot to like about this house, so it's no surprise that Dr. Franklin spent 28 years of her life calling this home. It also explains why it's been 13 years since this property was last on the market. 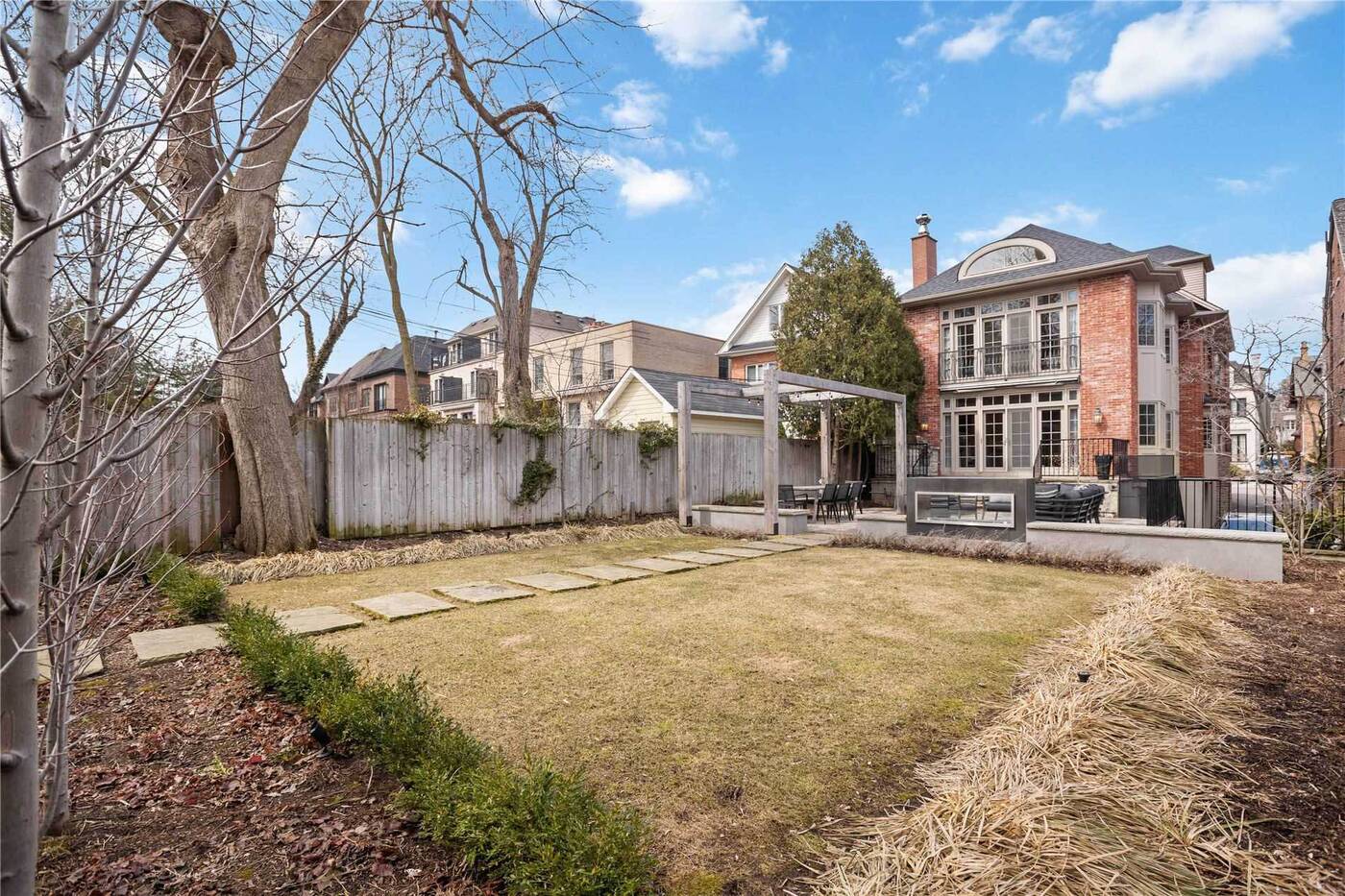 The home has a double garage.

So act fast, or the opportunity to own a little part of Canadian history might just slip through your fingers.