You'd never know this $6.5 million Toronto home was once a classic Victorian house

The Annex is known for it's classic red brick Victorians. In fact, there's an architectural style known as "Annex style house."

And from the front, 17 Boswell Avenue would be the picture perfect example of this. Its red-brick facade, decorative ornamentation and peaked roof tick all the Victorian boxes.

But from the back of the home, you'd never guess that this home is likely well over 100 years old. 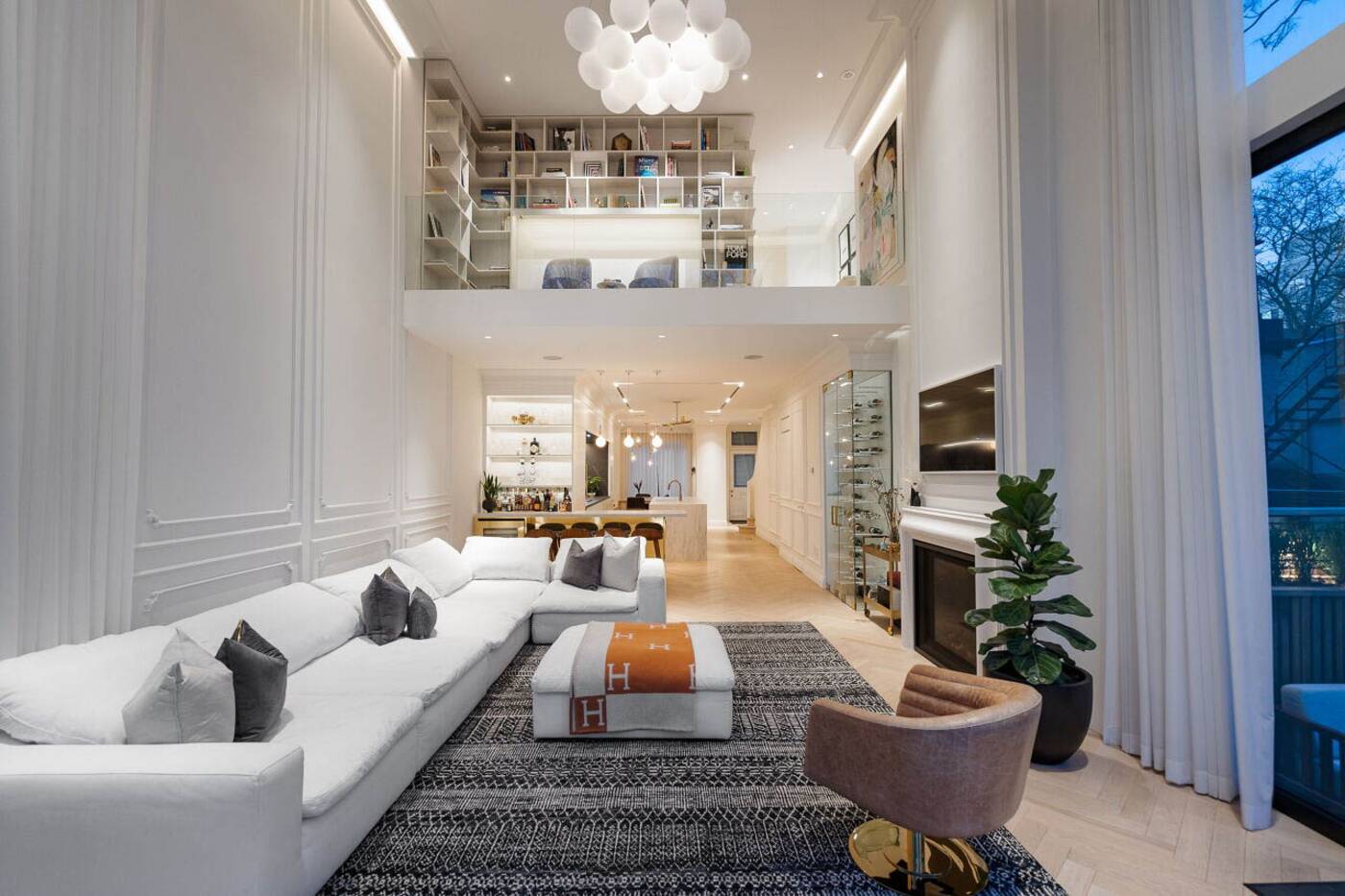 The home is 4,000-square-feet across four-levels.

Listed for $6,495,000, this three-bedroom, five-bathroom home has undergone a complete back-to-the-studs renovation. 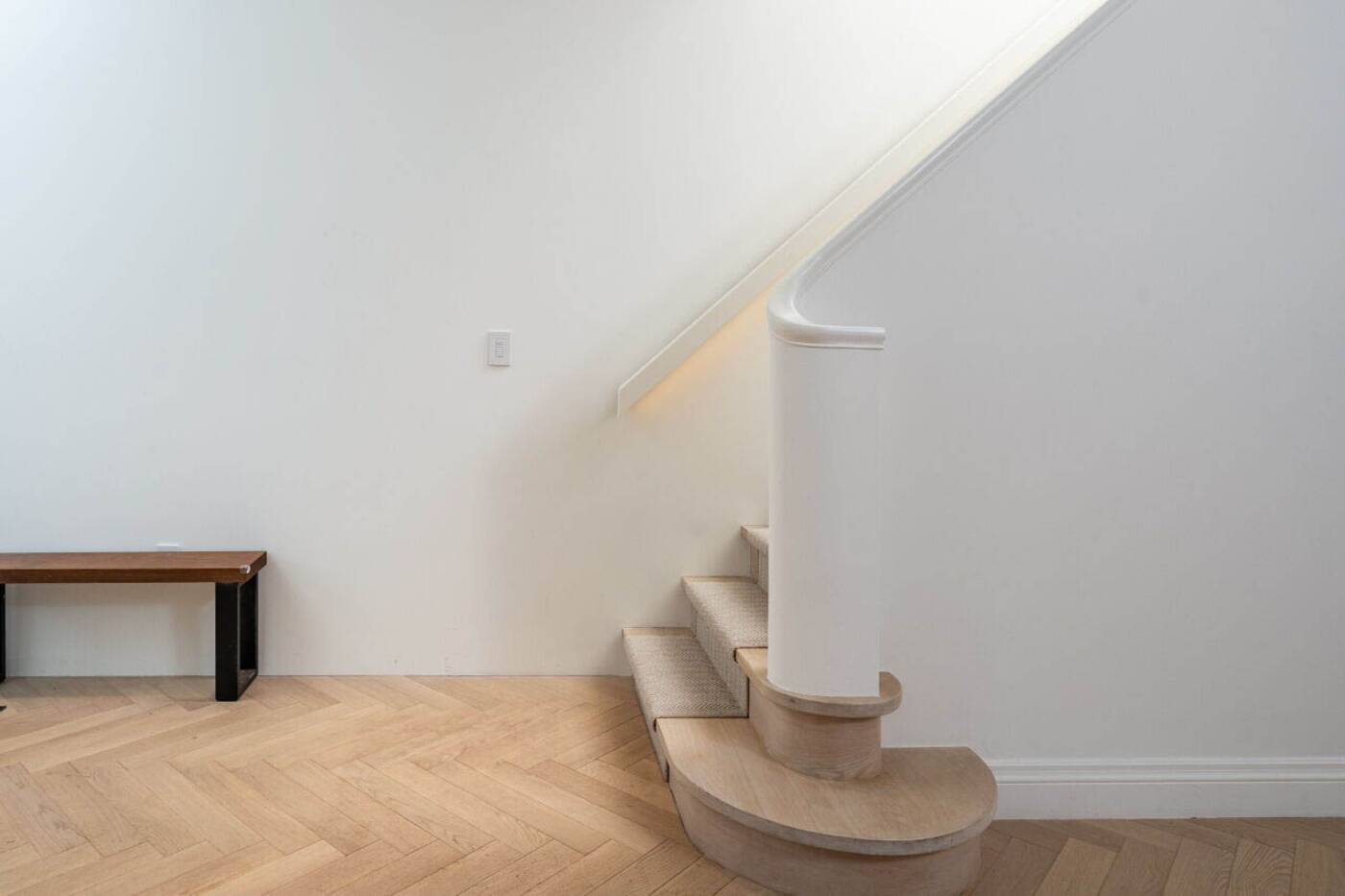 Herringbone wood floors can be seen throughout the home.

"The sellers are professional photographers with an impeccable eye and affinity towards design," realtor Gillian Oxley tells blogTO. 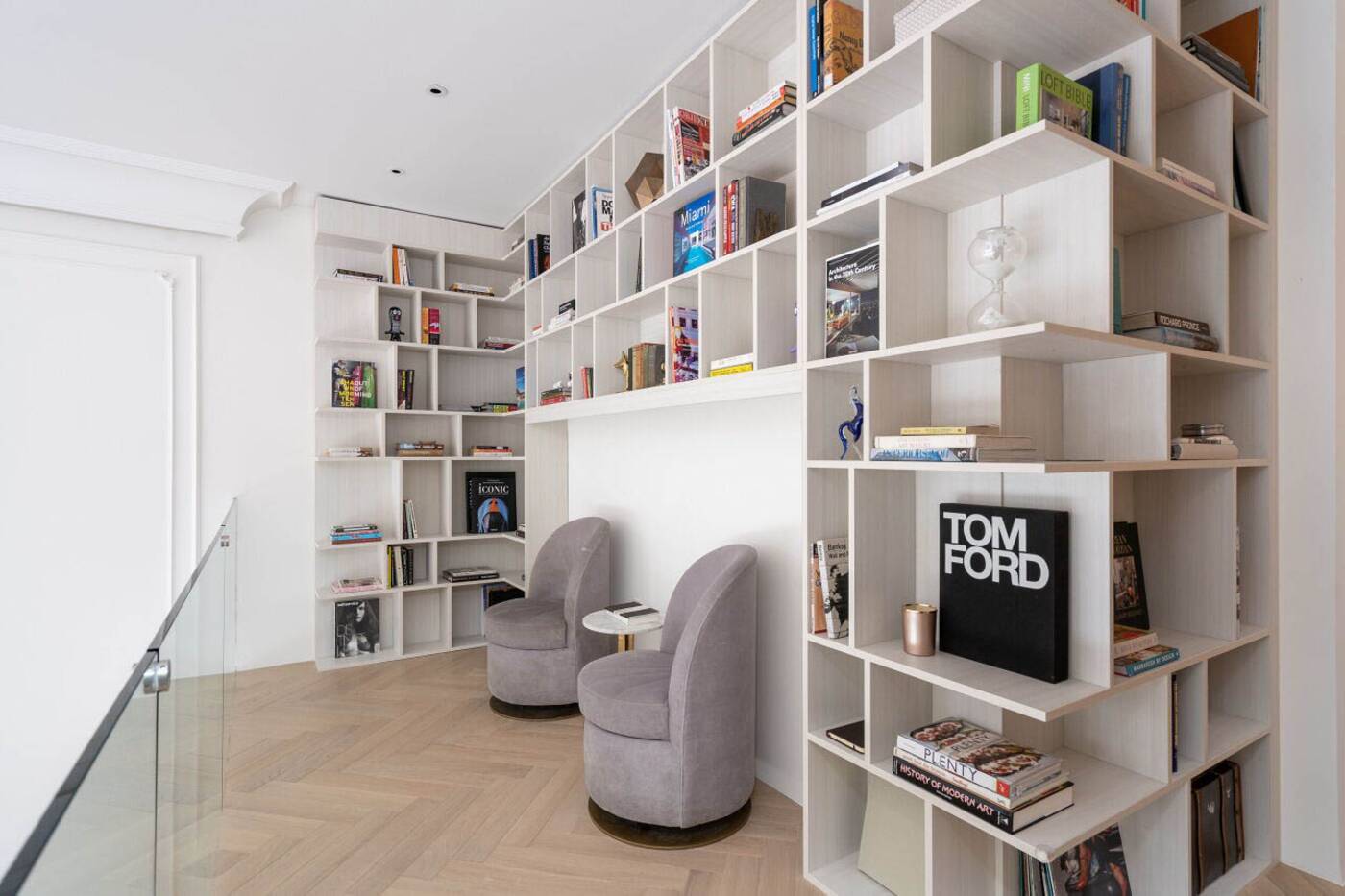 Built-in bookcases on the second floor.

"They designed it themselves. The ability to 'see' what they wanted before it was created is in part their talent and their passion." 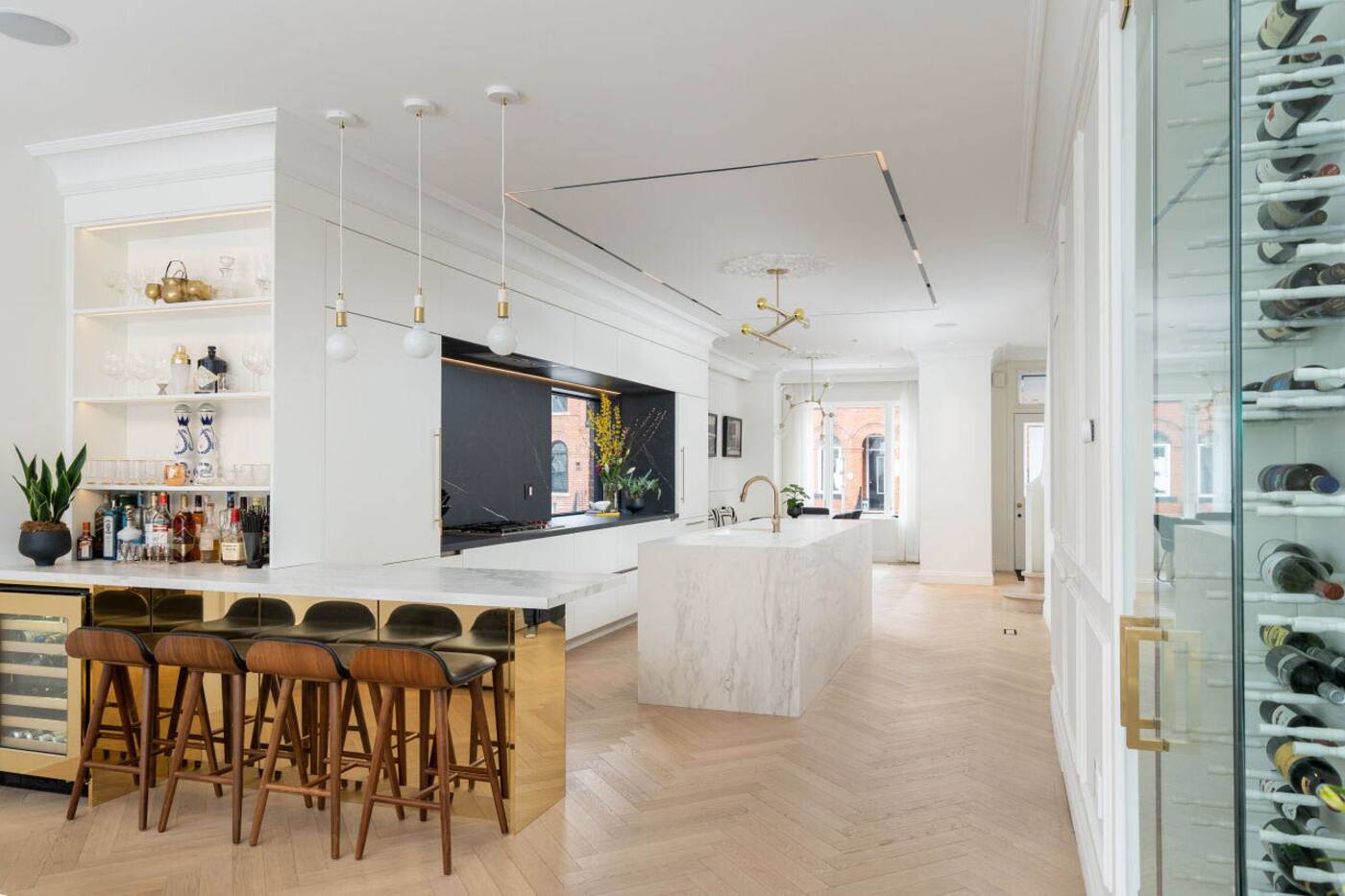 The kitchen and bar area.

From the stunning grand room with 24-foot-high ceilings, to more unique details like the gold island in the kitchen or the ornate wainscotting, the home is beautifully designed with a masterful attention to detail. 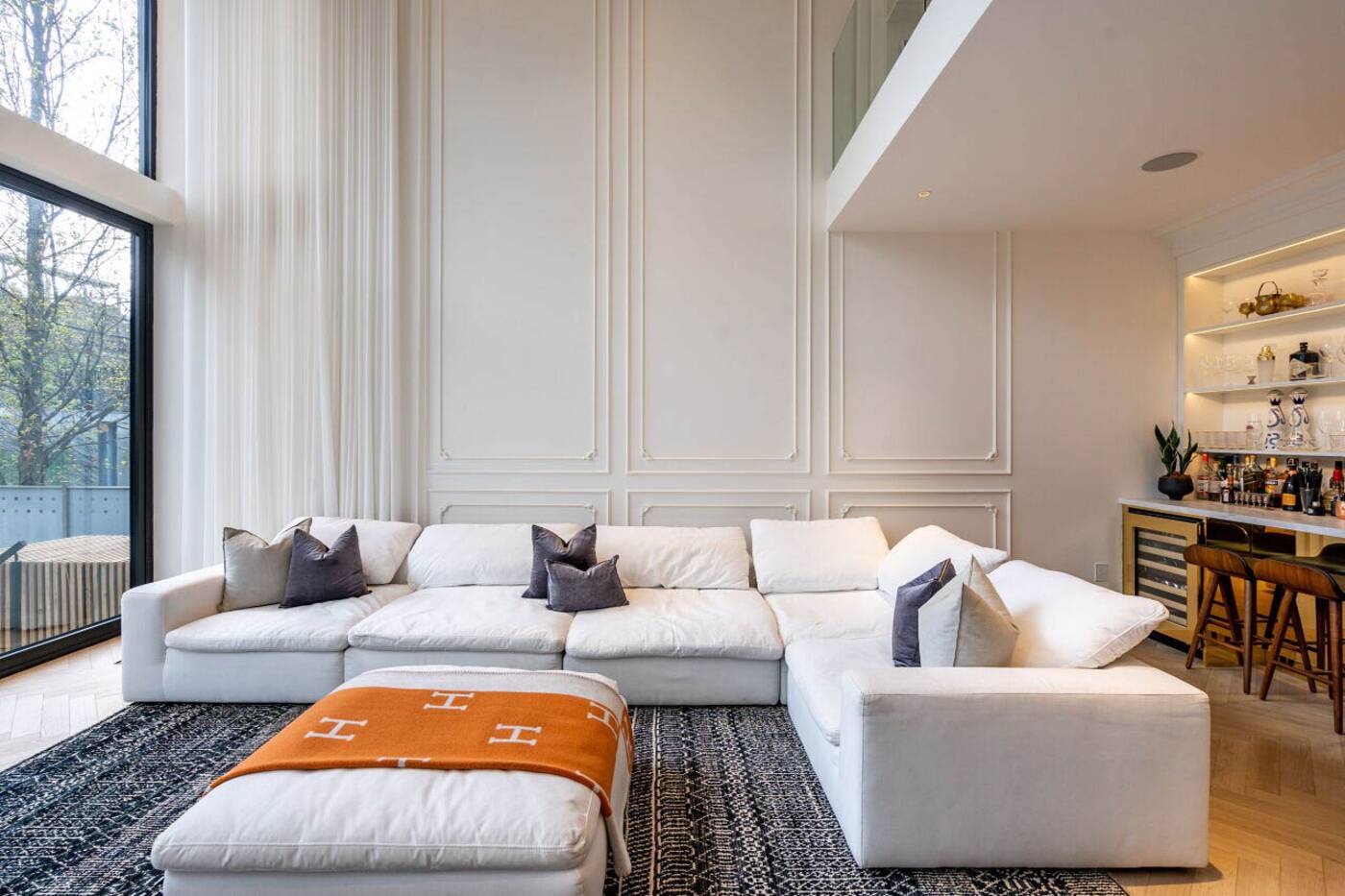 The living room with 24-foot ceilings.

It's bright and airy, with Parisian influences such as the herringbone wood floor, creating the perfect combination of historic charm and modern touch. 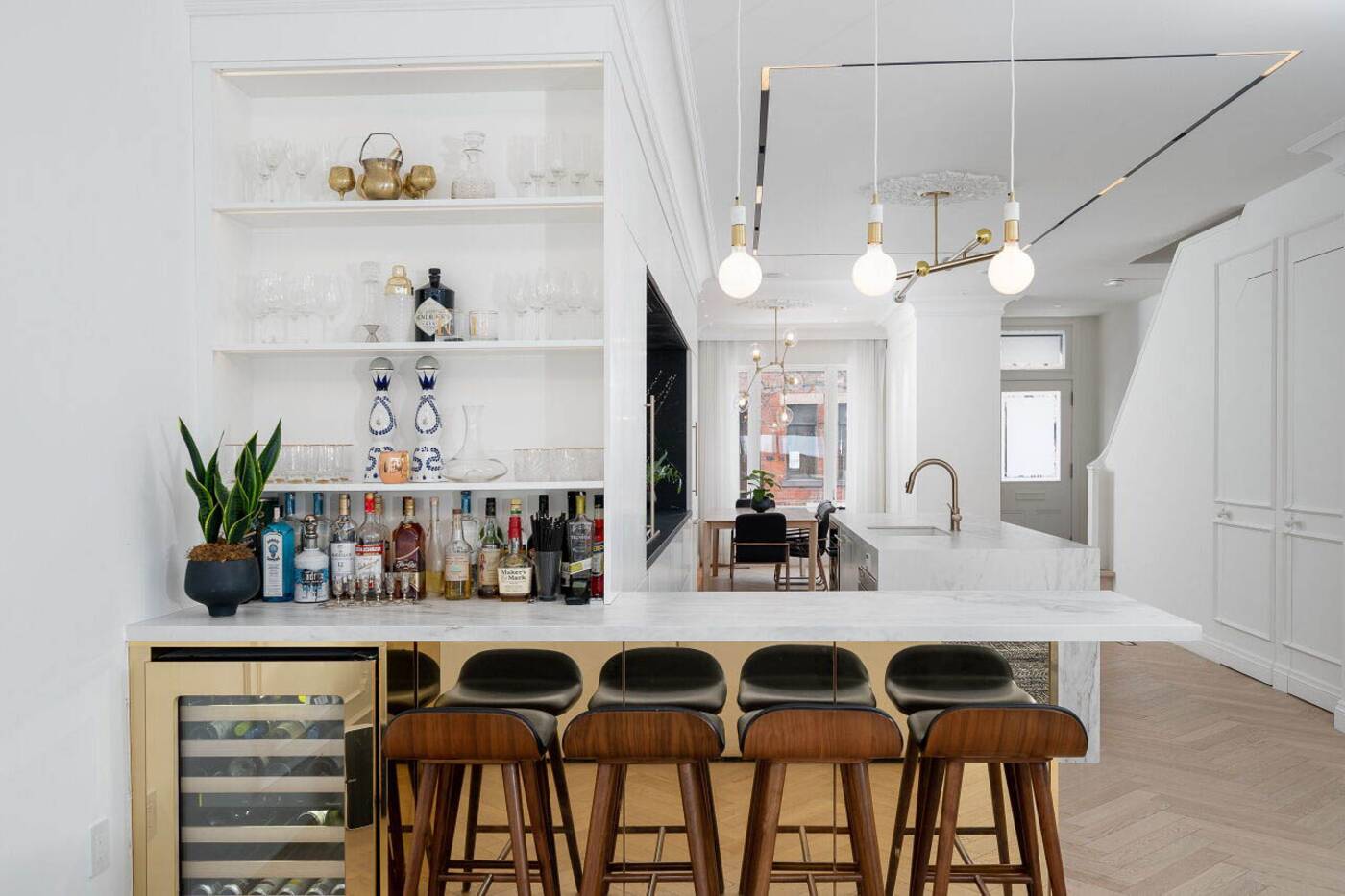 The gold bar is perfect for dinner parties.

The main floor is an entertainer's dream, with open concept living room, dining room and kitchen all flowing together seamlessly. 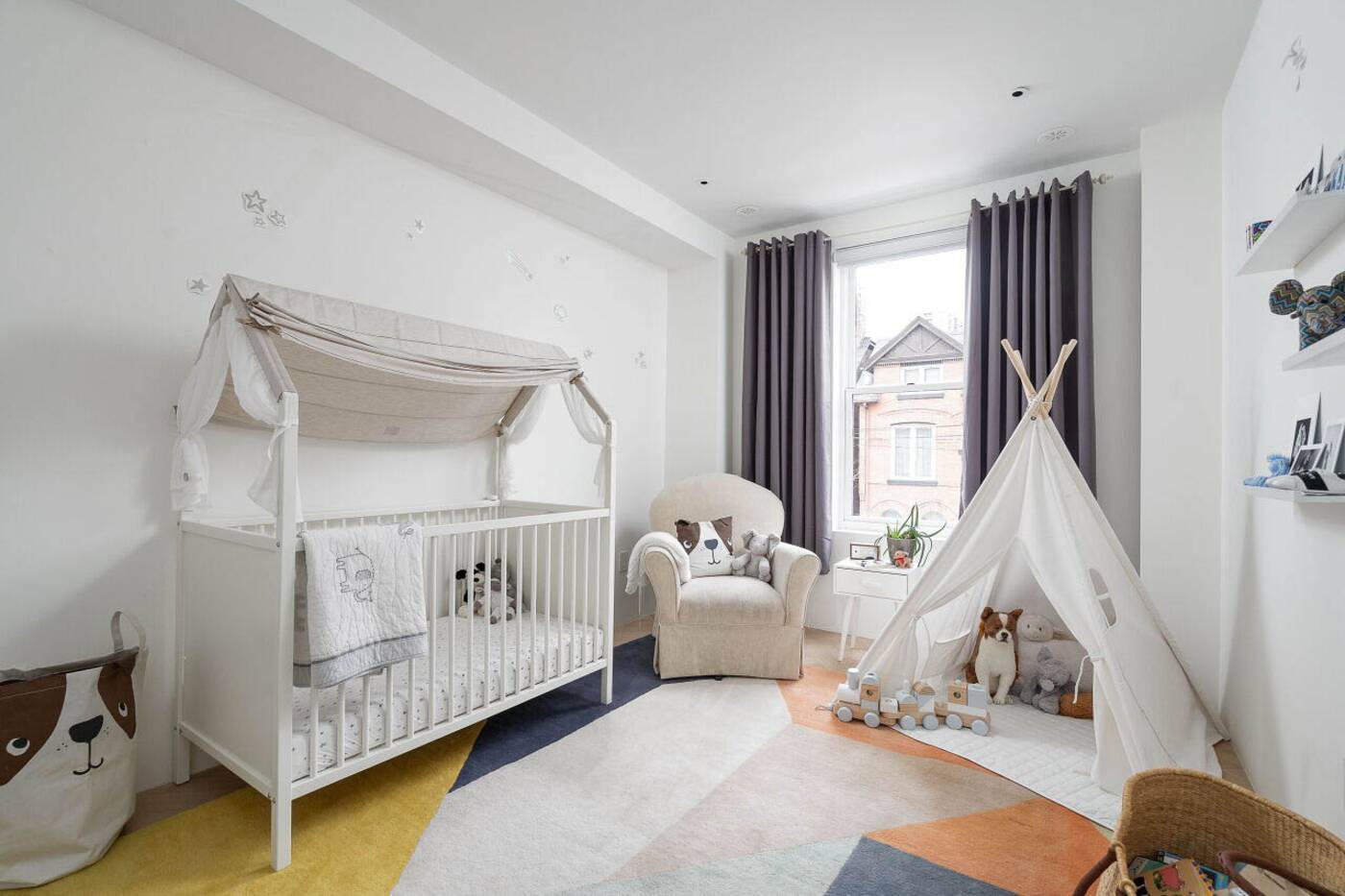 There are two bedrooms on the second floor as well as a sitting area that over looks the living room. 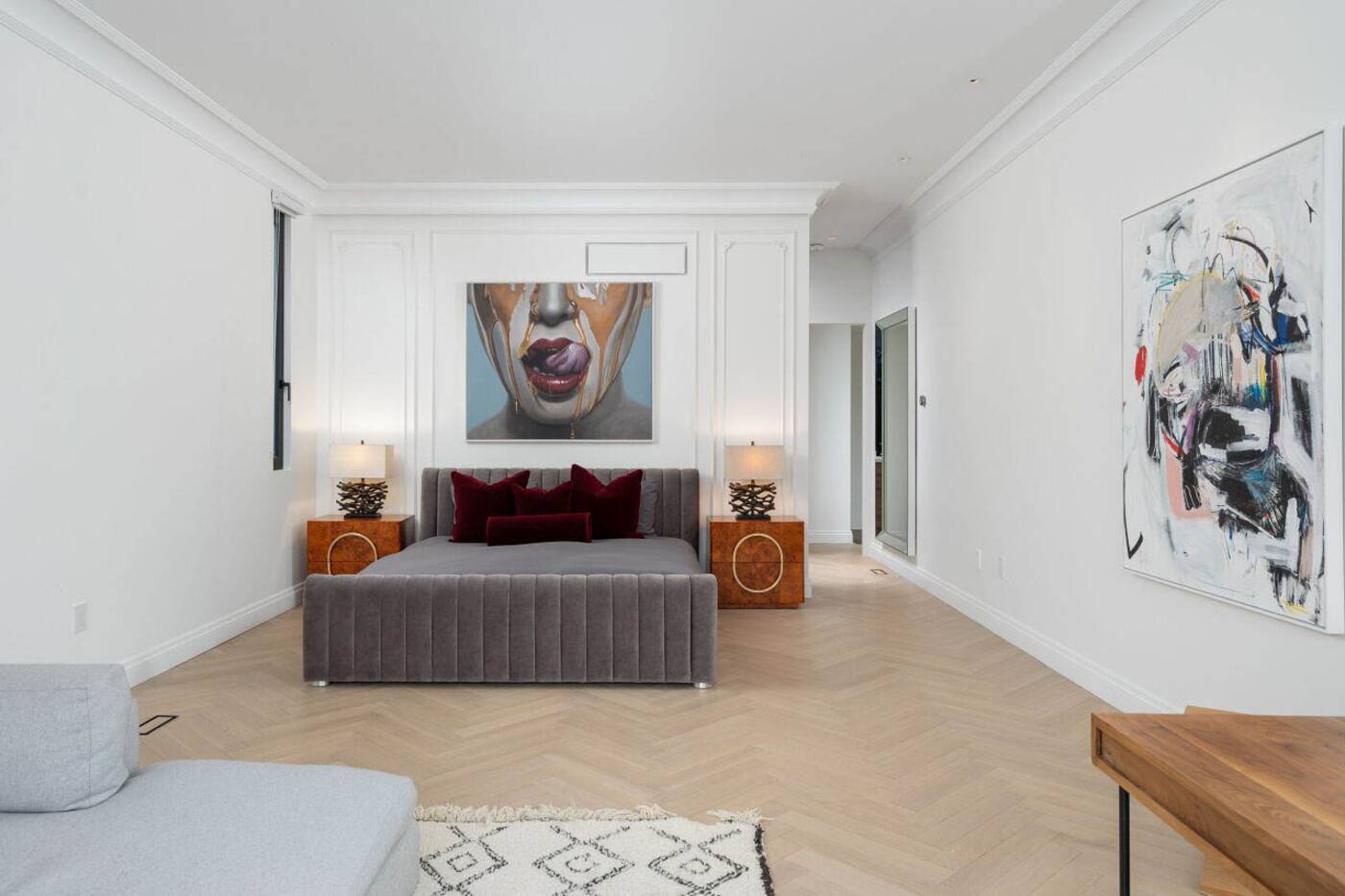 The primary bedroom is on the third floor, functioning as its own little retreat. 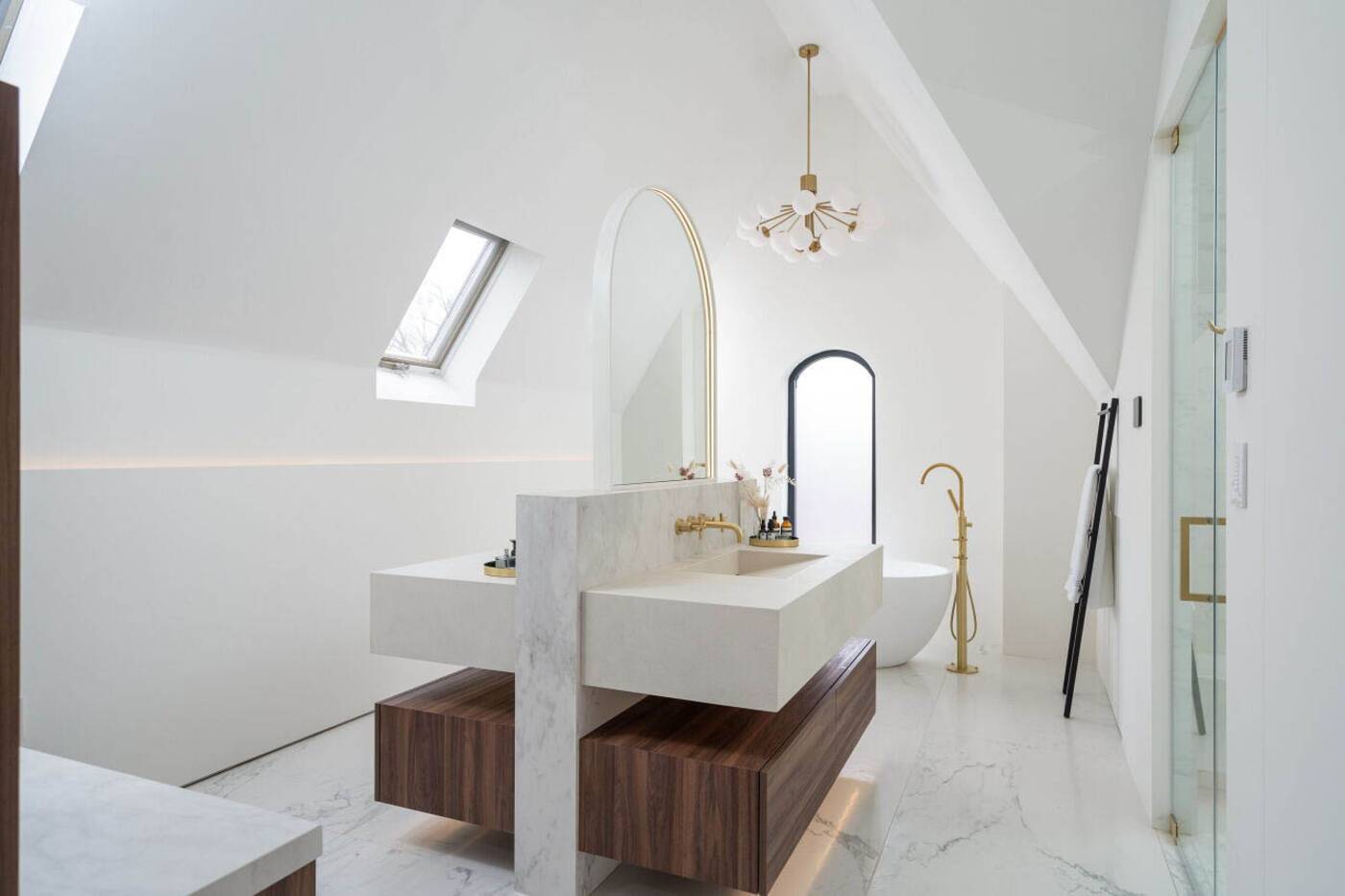 It has a walk-in closet and a bathroom worthy of a feature in Architectural Digest. 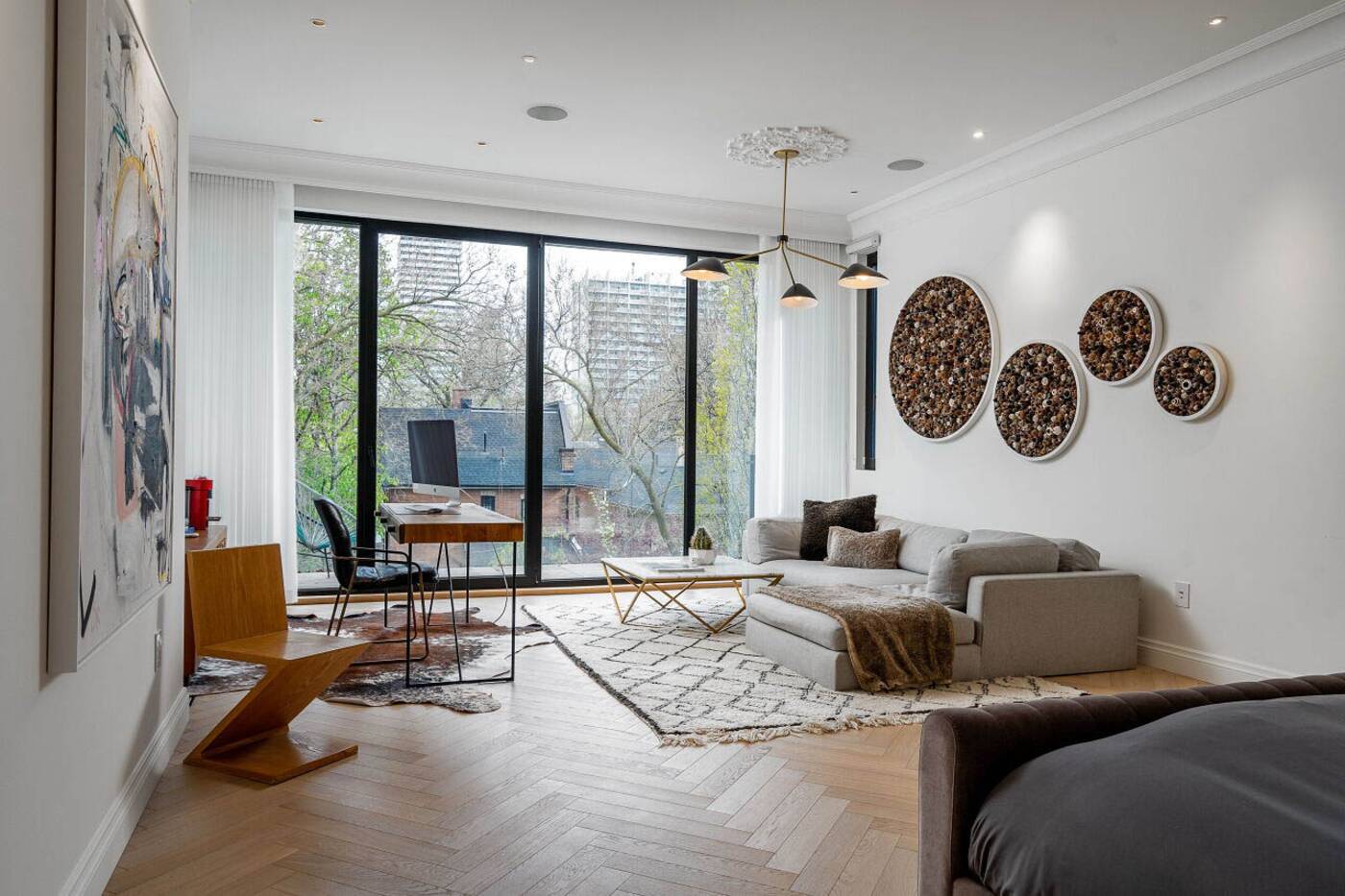 The sitting area in the primary bedroom.

The primary bedroom also has a sitting room or office with a walk-out balcony. 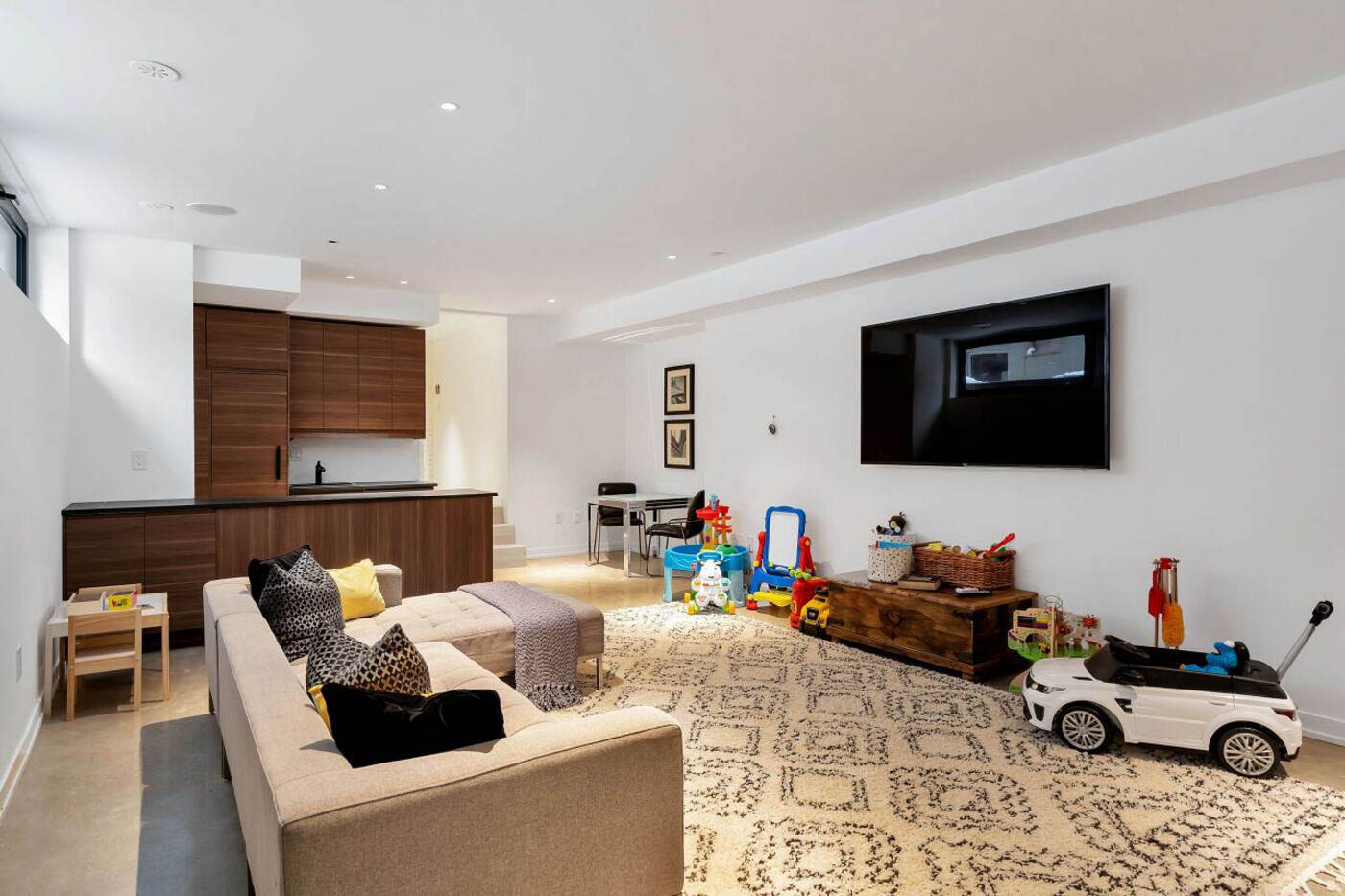 The basement kitchenette and recreation room.

In the basement, there's more living space with a large bedroom, kitchenette, sauna and a big rec room. 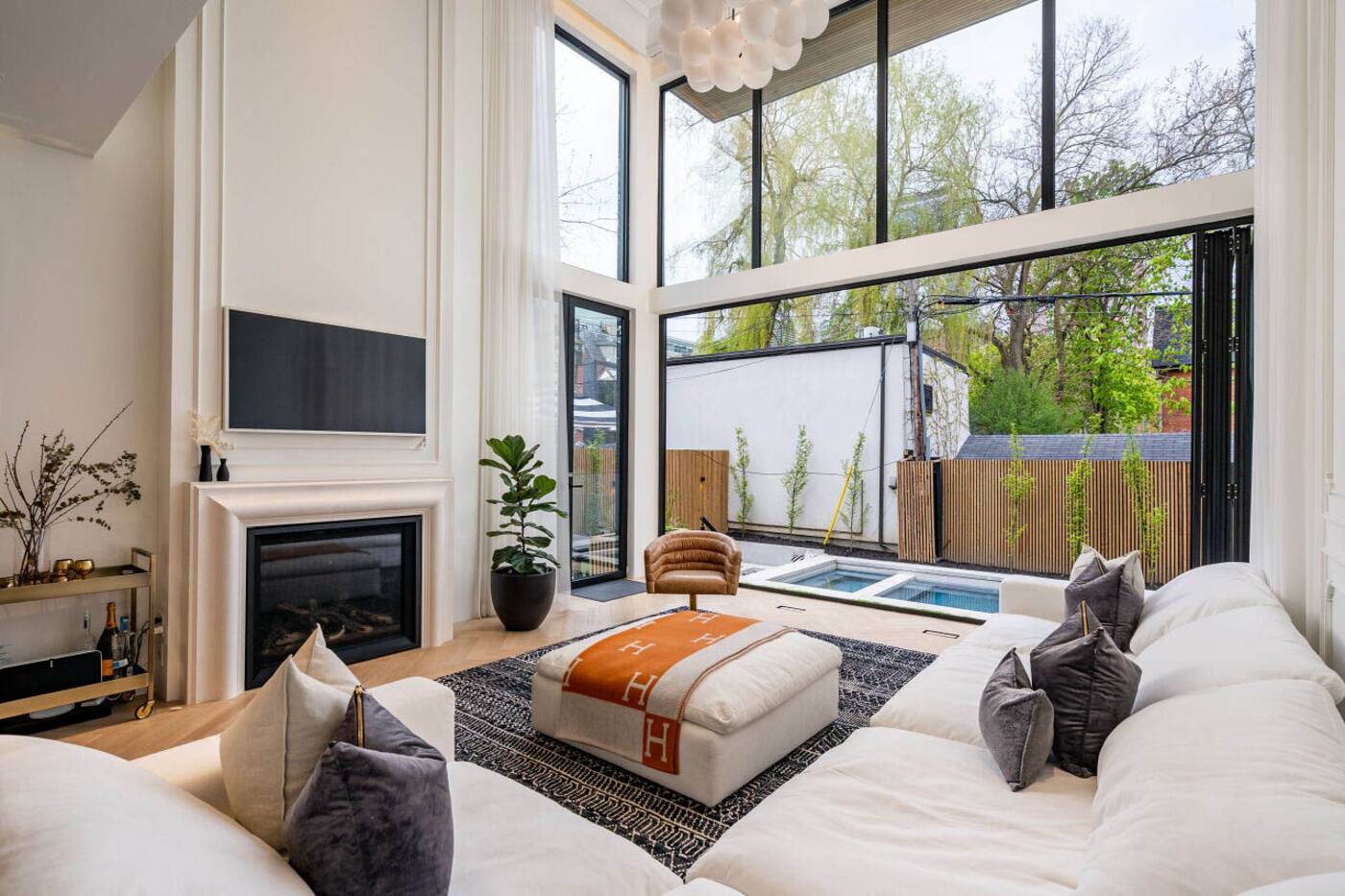 The bi-fold doors lead out to the backyard and pool.

But perhaps the best part of this entire home is the backyard. 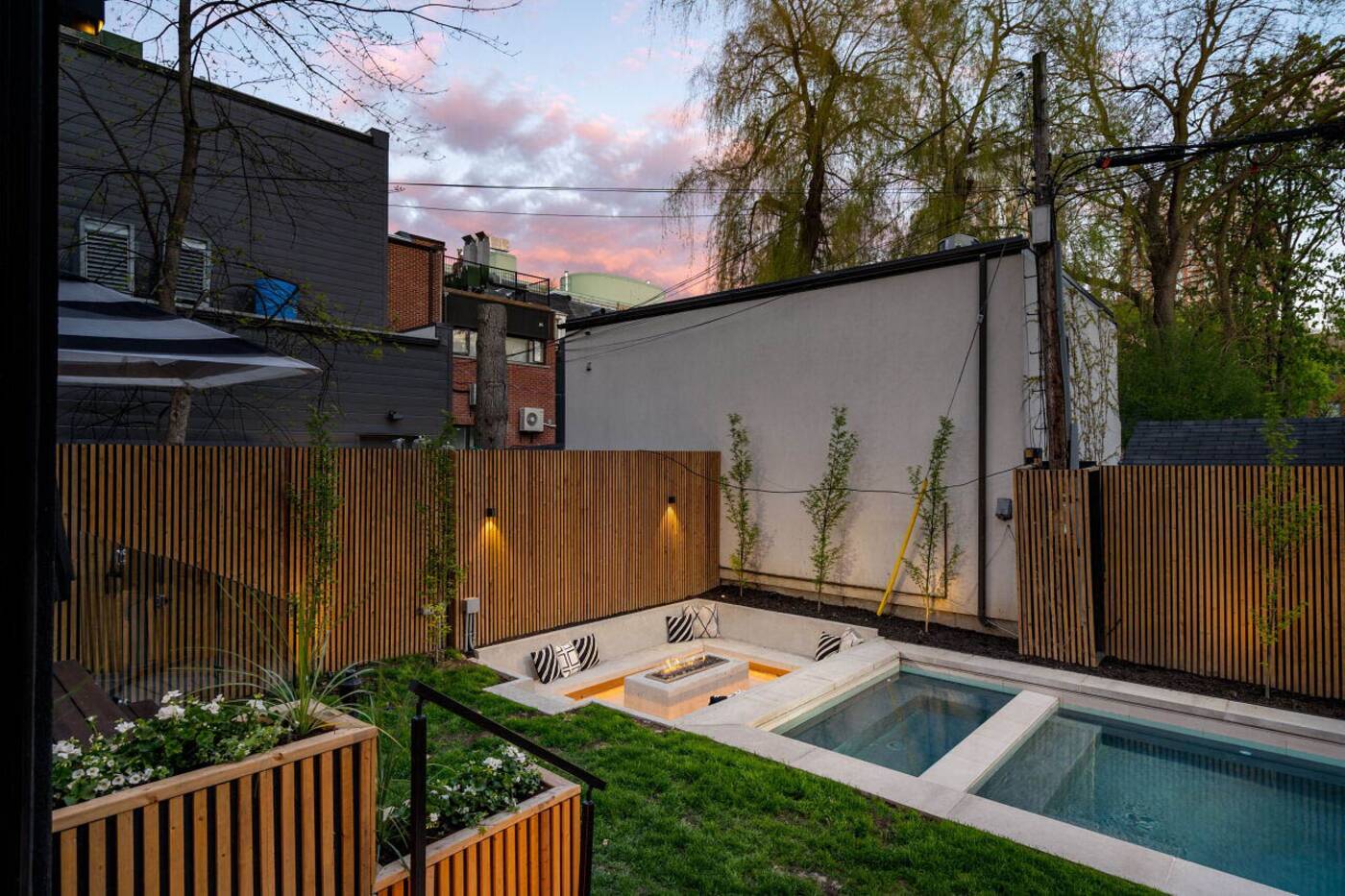 The backyard has a sunken firepit.

Right from the living room, a wall of bi-fold doors lead out to the massive backyard that has a pool, hot tub and huge deck for dinner parties. 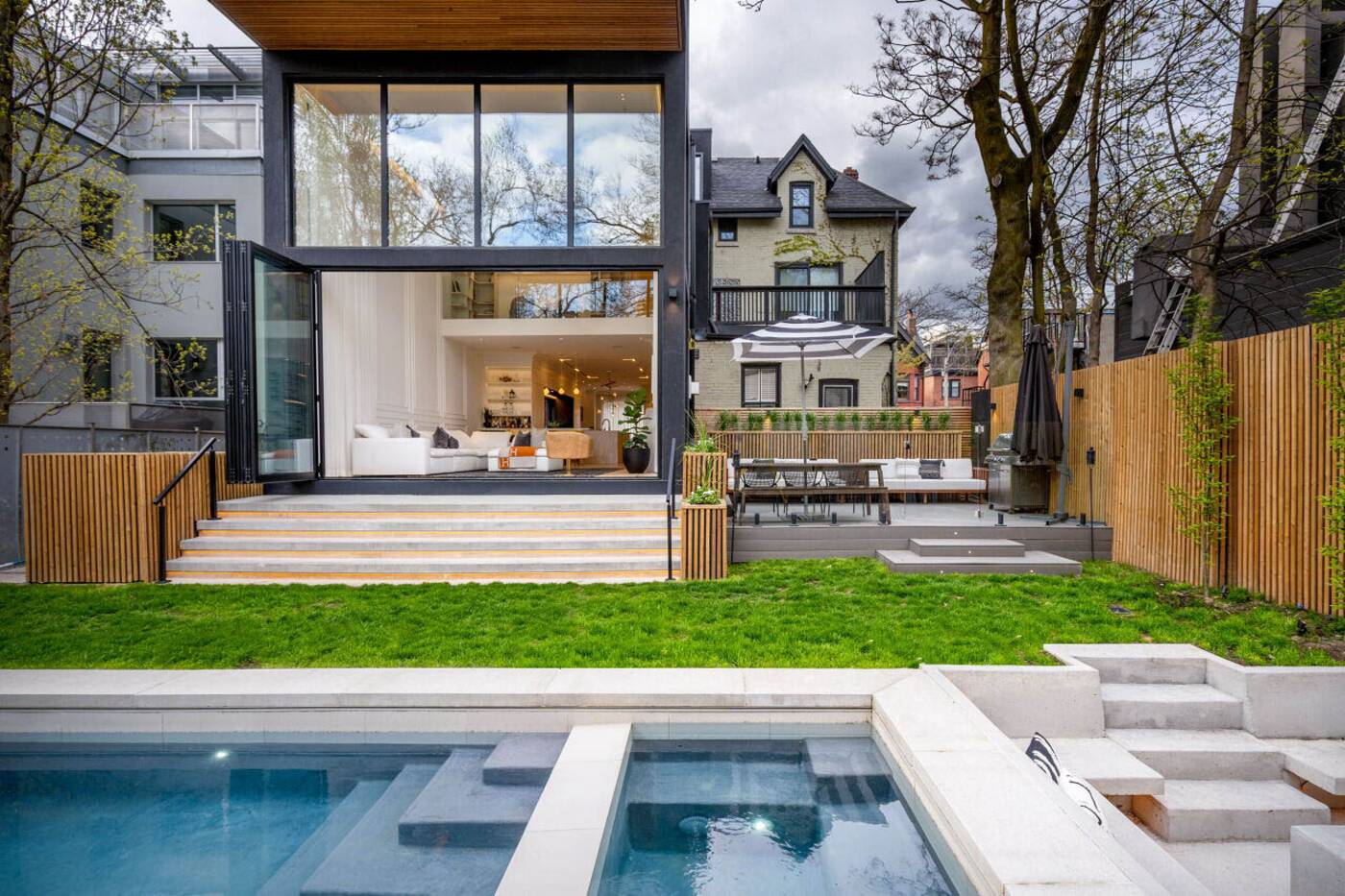 And just to be clear, this big of a backyard isn't the norm for a semi-detached home. 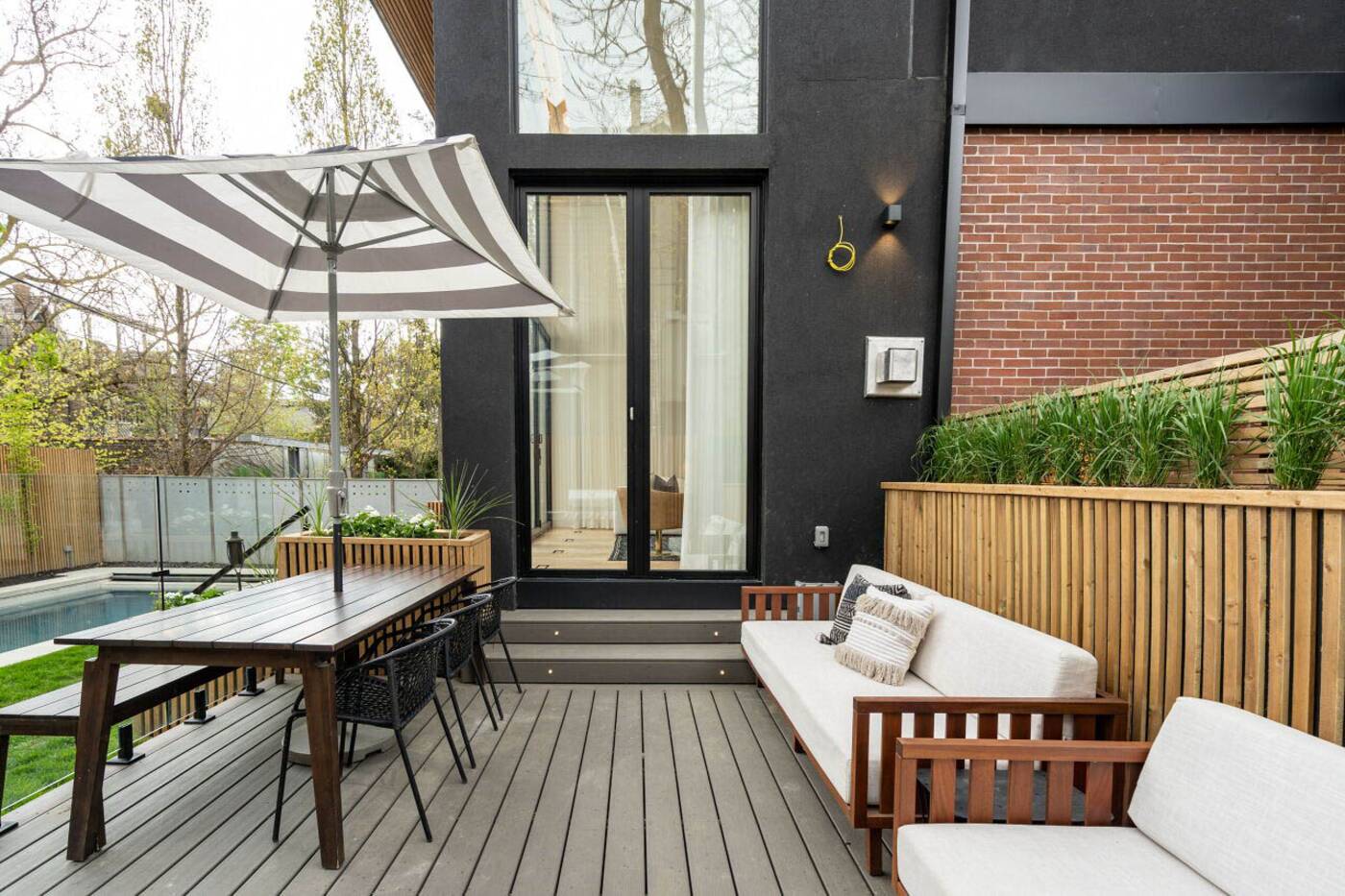 "The story goes that the two sides of the house were owned by brothers in the 1920s," explained Oxley. 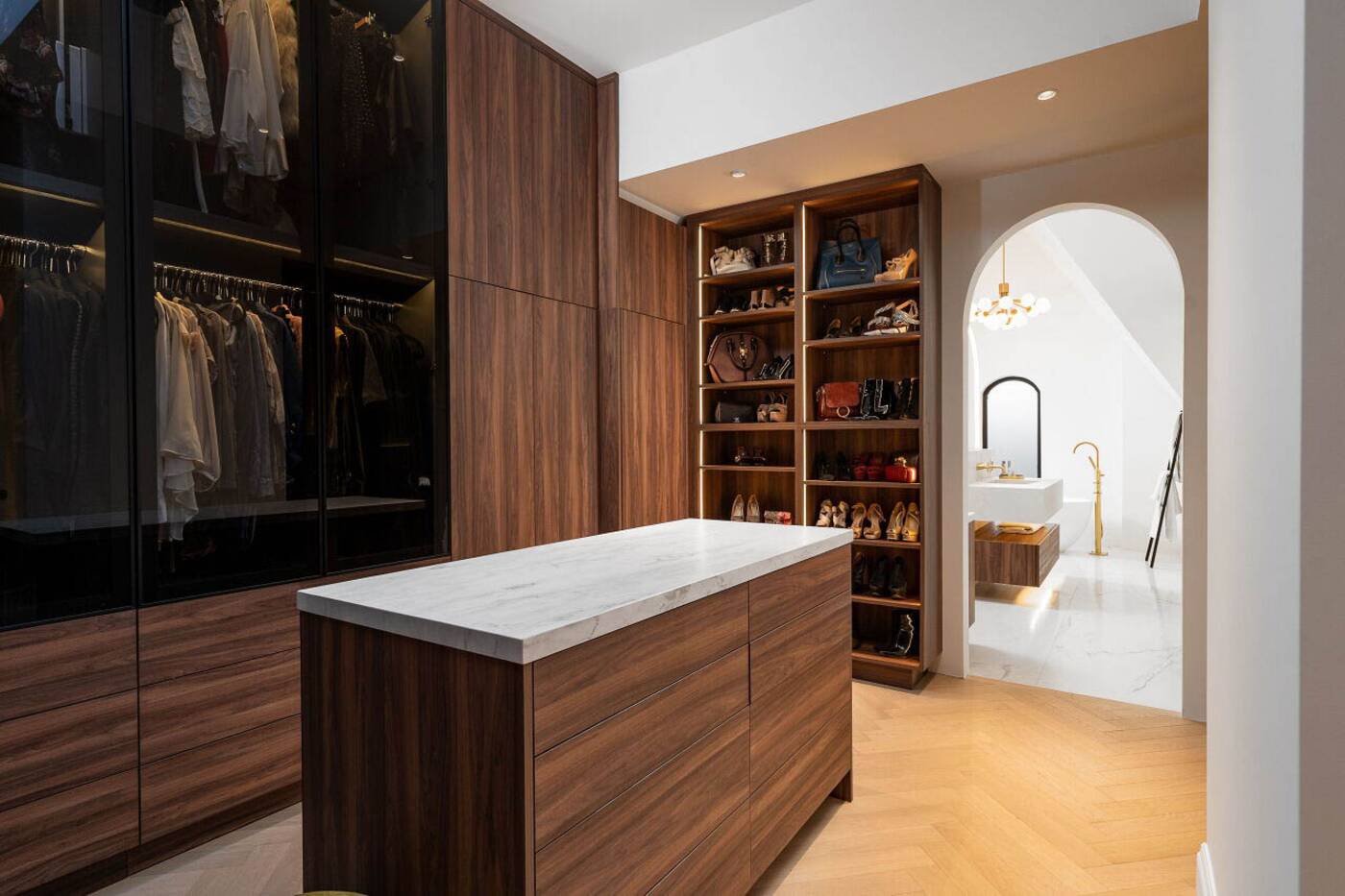 According to Oxley, one brother was a goldsmith, the other was a butcher, but during the depression the goldsmith fell on hard times. 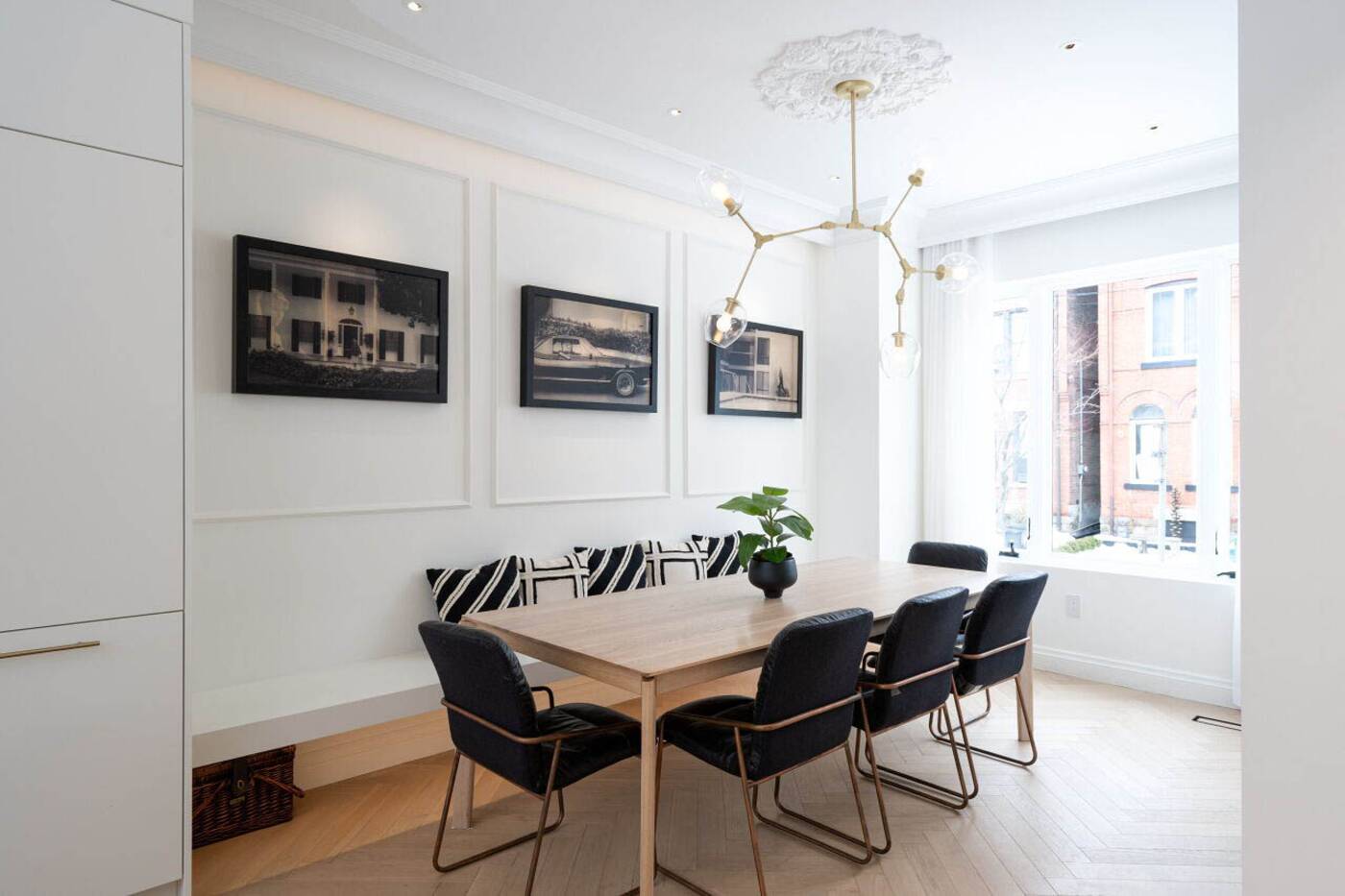 "The butcher (to help out his brother) bought his brother's backyard, which they enjoyed as one happy family," continued Oxley. 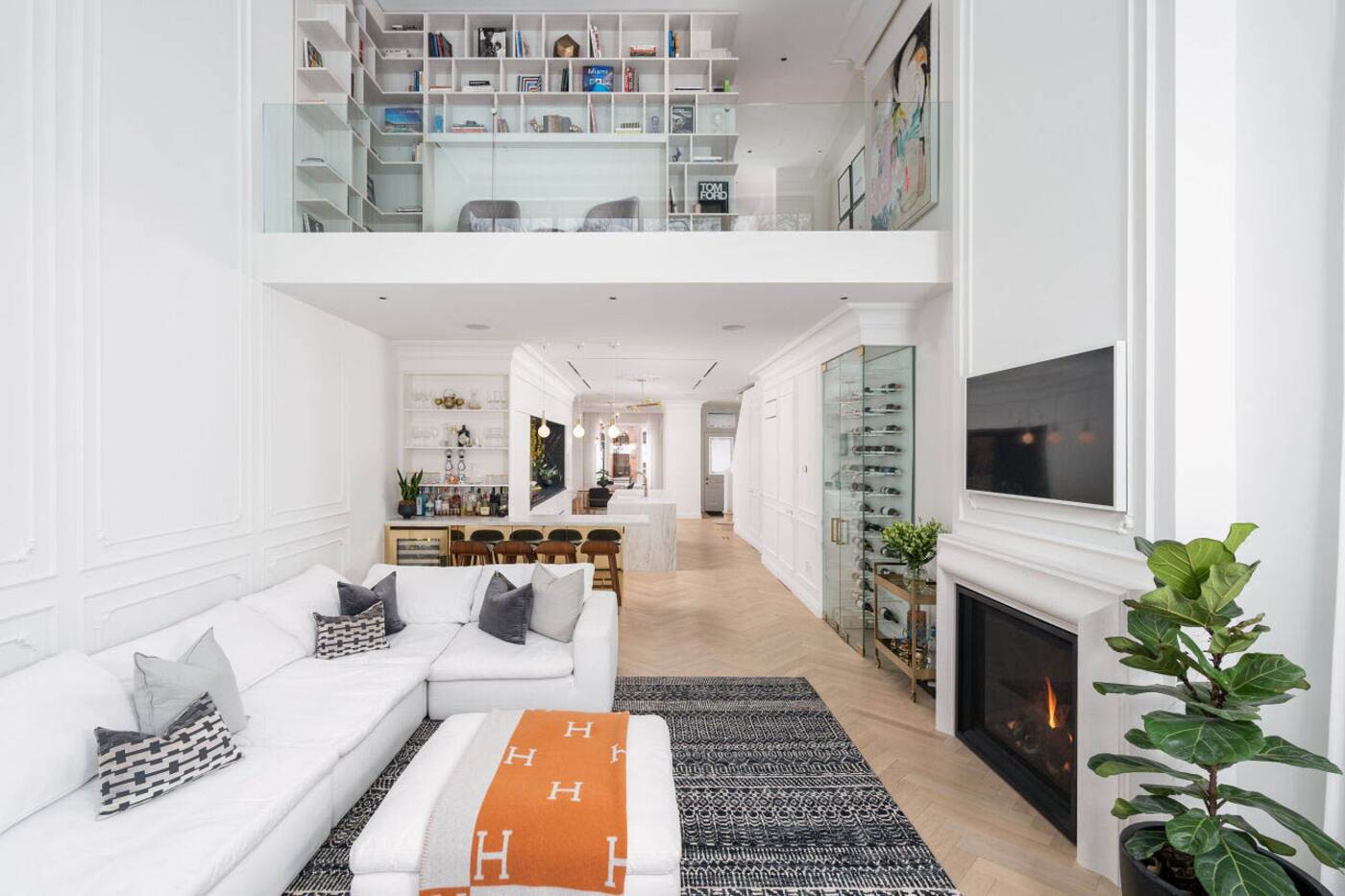 The main living room has a fireplace.

The lot lines were re-allocated and now 17 Boswell Ave. has this super rare double-width backyard. 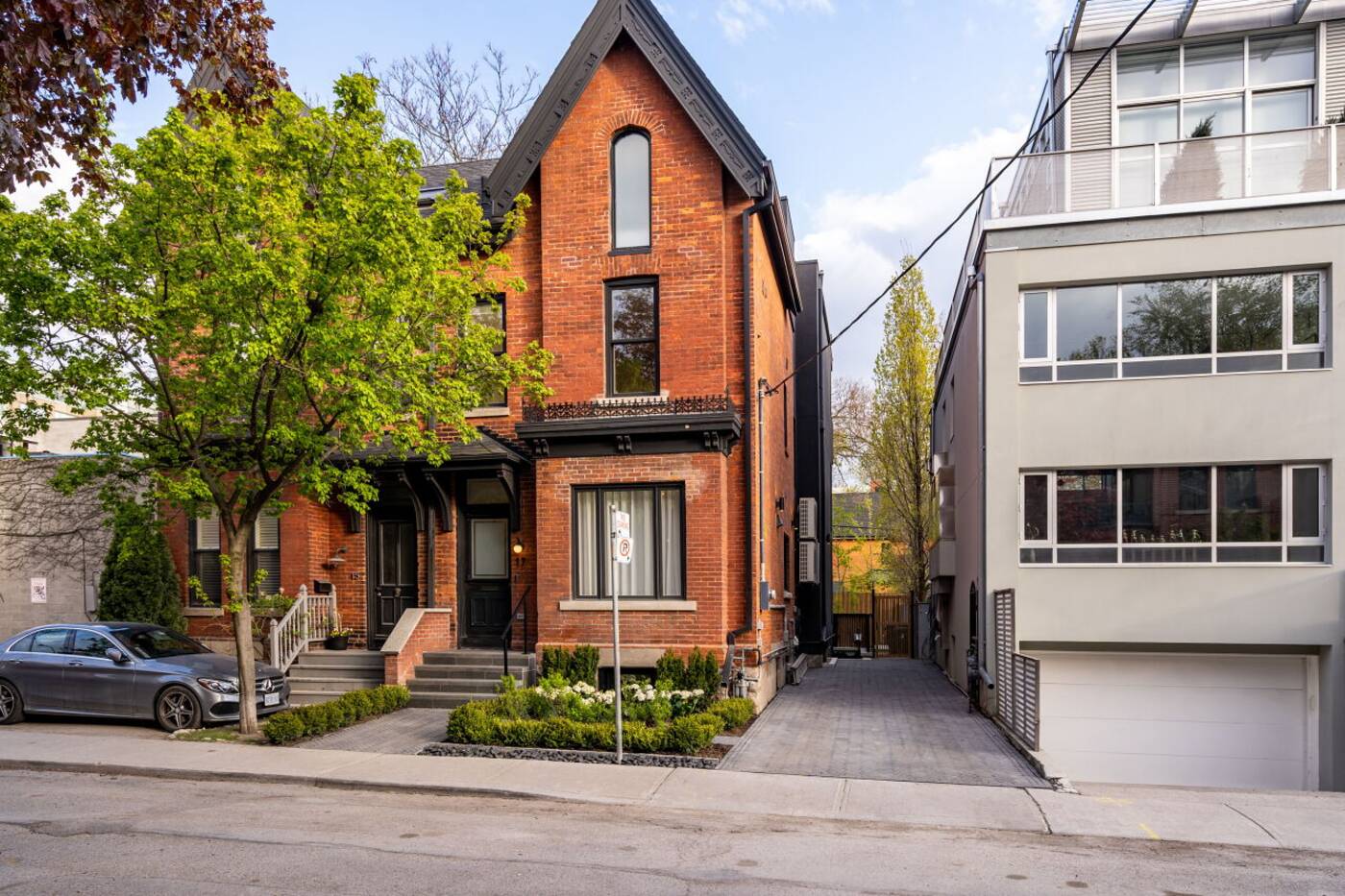 "[It's] a great Toronto'ism," said Oxley. And clearly a great home.