Late in 2021, artist-evicting real estate tycoon Brad J. Lamb applied to redevelop his own headquarters last year, but it looks like things might not be going according to plan for the Smashing Pumpkins frontman doppelganger.

His application seeks to level a stretch of 778 through 788 King Street West midway between Bathurst and Strachan, but the city’s Preservation Board is pushing back with a move that could stop the proposed condo tower dead in its tracks.

Lamb applied for an 18-storey condominium tower in November, but it seems this application has set a chain of events into motion that now threatens the project's future, the city considering giving a 20th-century building on the site heritage protection that would spare it from the wrecking ball.

A report from the Senior Manager of Heritage Planning recommends that Toronto city council state its intention to designate the property at 778 King under Part IV, Section 29 of the Ontario Heritage Act at an upcoming Preservation Board meeting on March 23.

Up for consideration at next week’s meeting of the Preservation Board: heritage designation for 778 King West.

The building is currenty the main office of developer Brad Lamb. https://t.co/azmW1RyTuE pic.twitter.com/c1uLWnOSpz

In doing so, city planners would halt the development plan, which in its current form would require the demolition of the existing building, a 1947-built Streamlined Moderne-style edifice that was designed by Leo Hunt Stanford for the York Mending Wool Company.

The building later housed Uniforms Registered before serving as the home of the Ydessa Hendeles Art Foundation gallery from 1988 to 2012. It is a real estate office for Lamb Development Corp., the very company trying to have the building demolished.

Heritage designation wouldn't necessarily stop condos from being built on this site, but the building gaining such status would force Lamb Development Corp. and architects—Alliance back to the drawing board to come up with a revised plan that integrates the existing character of the building into its design. 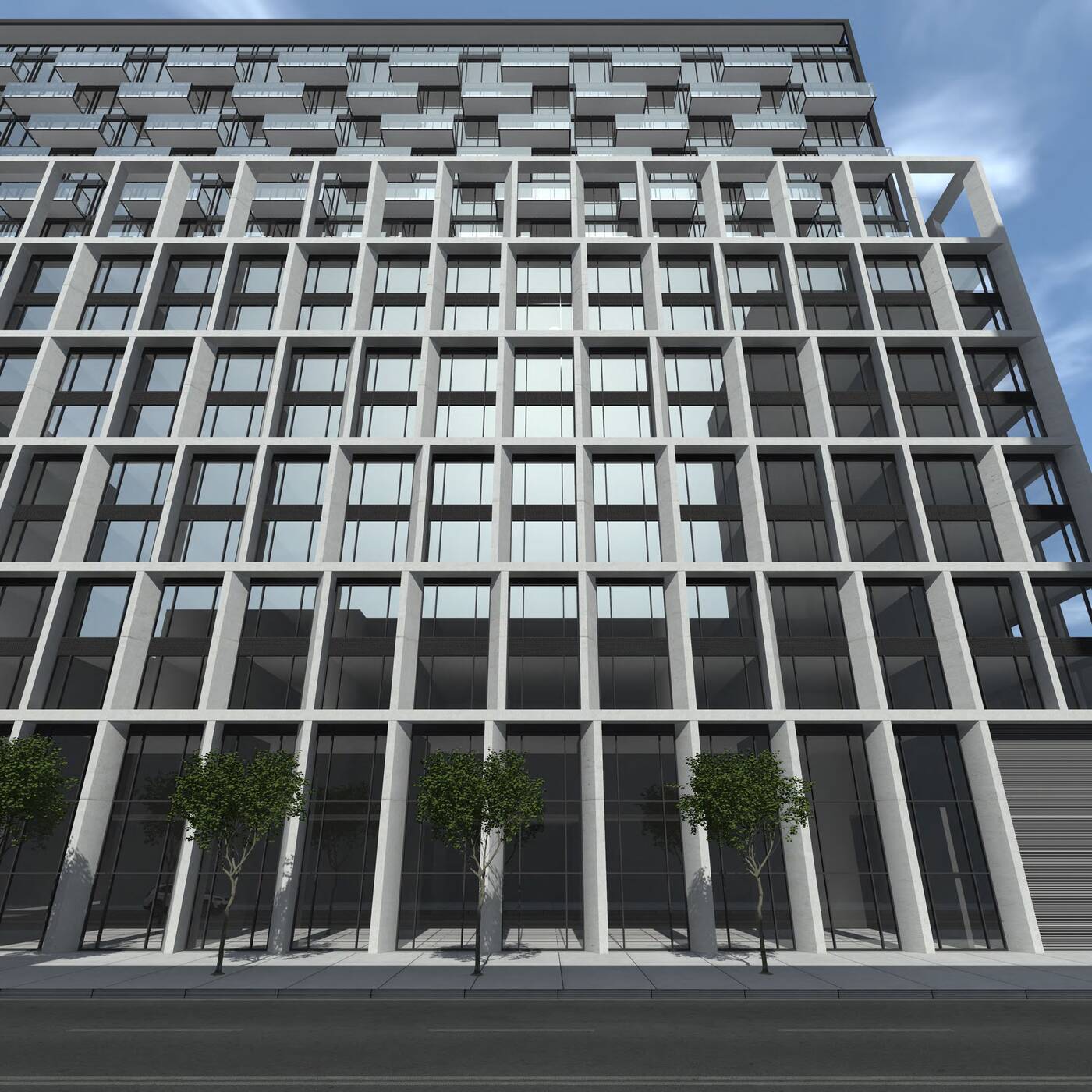 The November 2021 application called for a high-rise condominium development bearing no trace of the existing building. Rendering by architects—Alliance.

Under Part IV, Section 29 of the Heritage Act, no owner of a designated property is able to demolish a building or remove any of the property's heritage attributes unless the owner applies and receives consent in writing to move forward with a teardown.

This can happen with provisions like facade integration or building around and above a preserved structure, but this recommended designation would ensure that the building that exists today will live on in a recognizable way.

Even if it prevents 778 King from being demolished, no protections are being applied for on the neighbouring properties, also part of the development parcel.

The block includes businesses Studio Spin, Startwell, and Studio Lagree, which will likely be demolished and redeveloped regardless of the outcome next door.