More than a year after renderings dropped for a flashy new hotel and esports venue planned at Exhibition Place, the project is moving closer to reality with a new submission to Toronto city planners.

Planned by global entertainment company OverActive Media — owned in part by The Weeknd — the proposed complex consists of a 30-storey, 382-suite hotel connected to a 7,000-seat venue that will host esports events, concerts and other large gatherings.

The design from architecture firm Populous, specializing in stadiums and venues, started off looking a bit like a PC gaming mouse before evolving into the current Mac-style mouse (this is purely an armchair take and not the official description).

But throughout the design process, the proposed venue has included an LED video board that will illuminate the Exhibition Place grounds in a cyberpunk glow. The newest submission offers a closer look at this giant screen and other features on tap for the futuristic landmark. 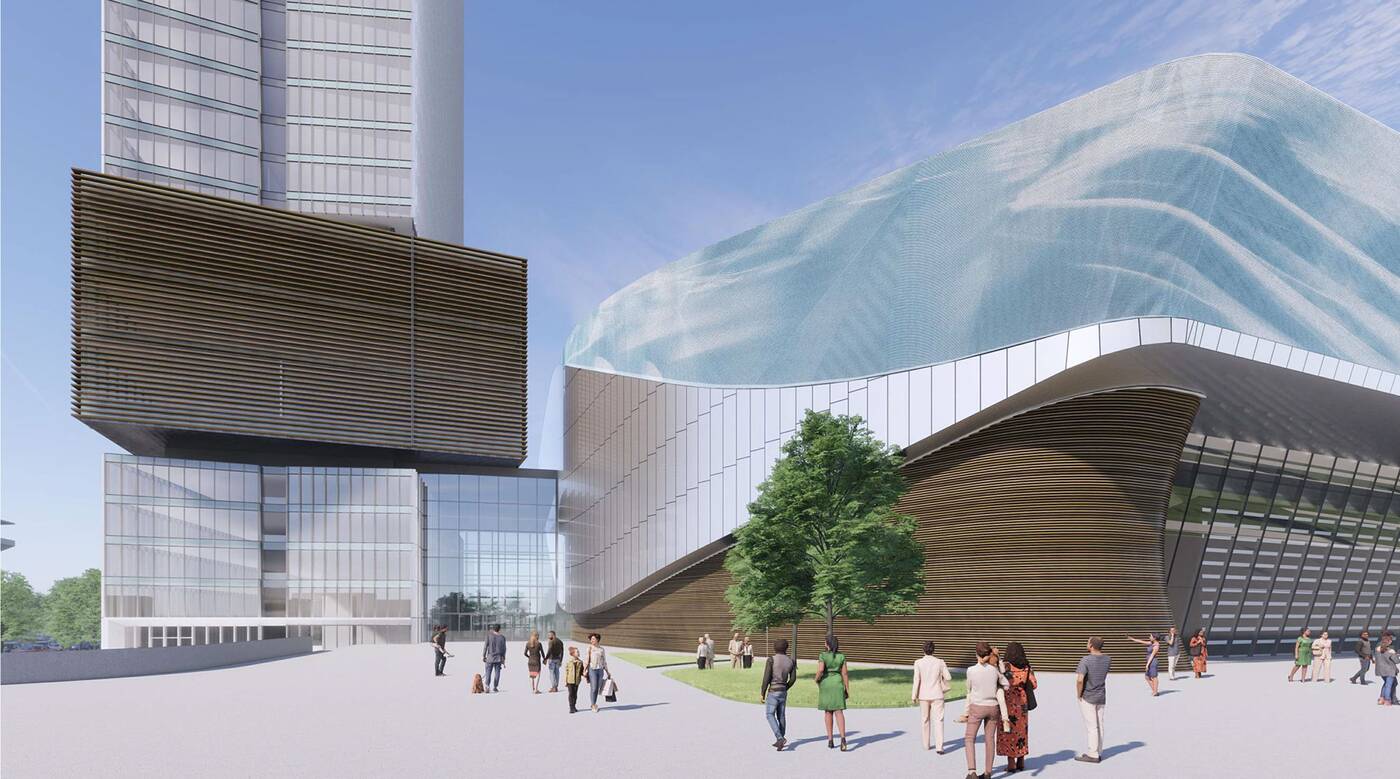 Wrapping around the east and west sides of the venue, the screen will be visible from various points in the surrounding areas.

Wrapping around the venue's south facade, the enormous screen will be capable of showing off static and moving displays that will be a prominent feature for passing pedestrians and motorists along Lake Shore Boulevard West. 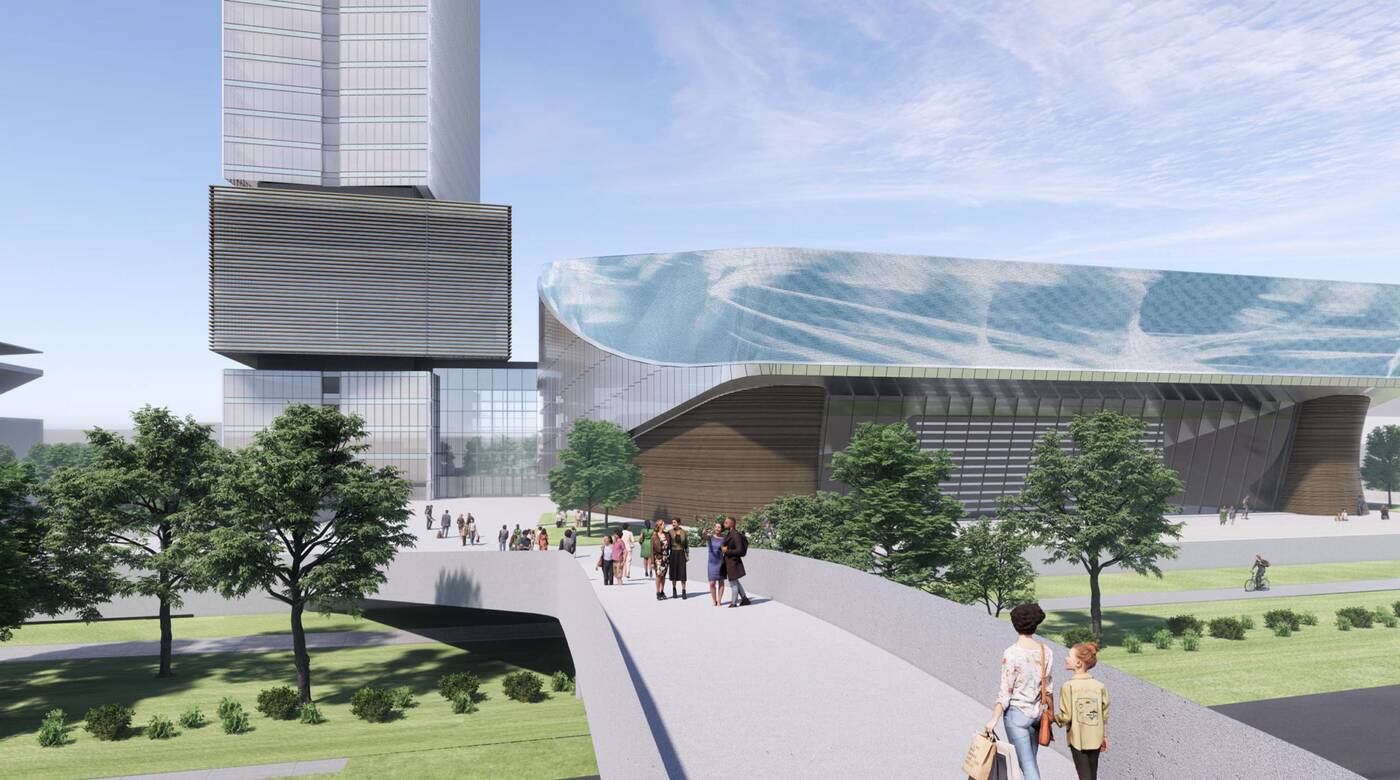 The screen will be a landmark for passing motorists on Lake Shore Boulevard, as well as pedestrians crossing the Ontario Place bridge.

While its exact size isn't specified in planning documents, it's apparent that the video screen will be a prominent, dynamic element of the already striking exterior.

The screen's intended use hasn't been made clear in renderings or supporting information, but it's safe to assume that it can serve to promote the more than 200 events per year that the venue plans to host. 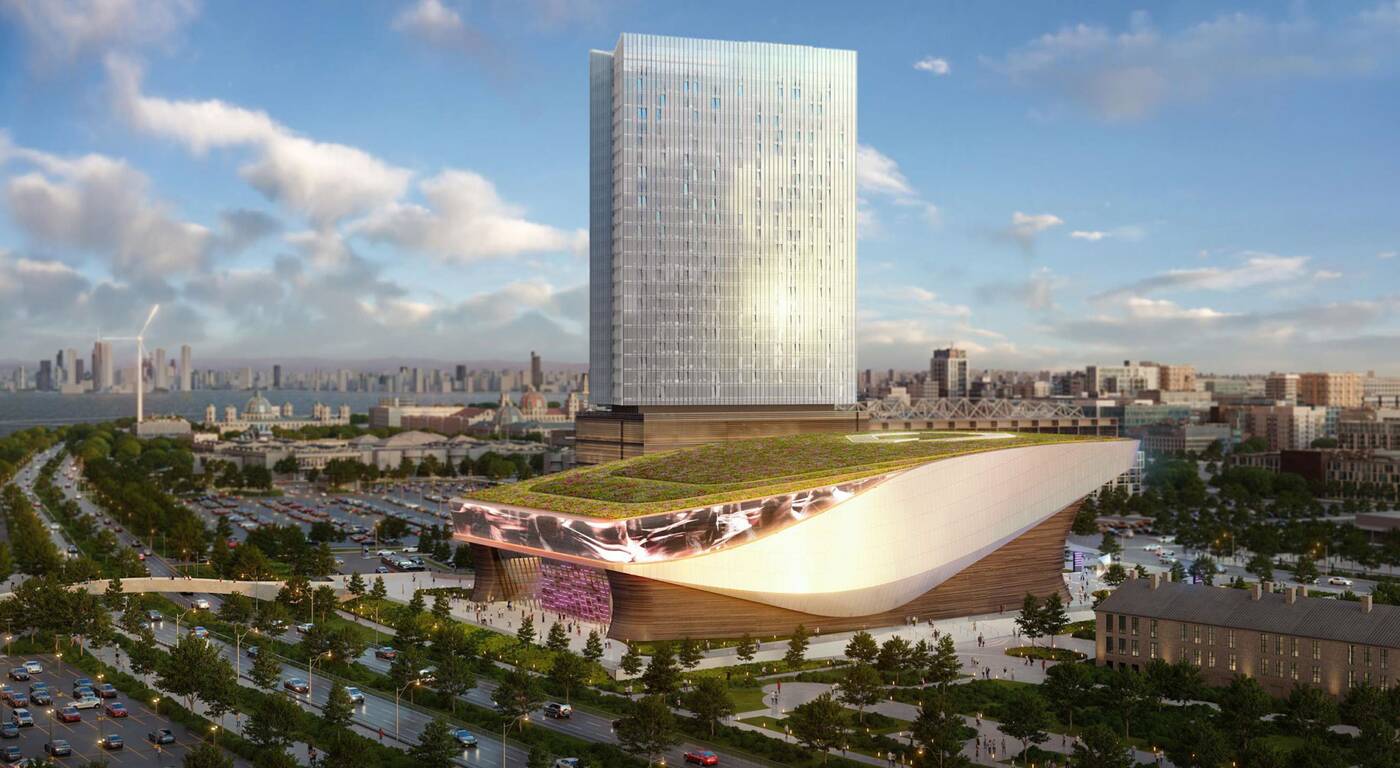 The hotel and venue will bring new employment and year-round attractions to Exhibition Place.

Bookings will primarily be for esports, music and entertainment events, though city-wide conventions, corporate events, product launches, and awards shows are also expected to fill the thousands of seats.

Among the esports uses, the venue will serve as the home of esports teams the Toronto Ultra of the Call of Duty League and Toronto Defiant of the Overwatch League.

Toronto's new glowing video board plans to light up for the first time in 2025 when the hotel and venue complex wraps up its yet-to-begin construction.