An area primed for development since the opening of a recent Toronto subway extension is finally springing to life with a new development proposal seeking to bring a whole lot of residents to the barren area around Pioneer Village subway station.

With a platform straddling Steeles Avenue West, the subway station is a local oddity with one foot in Toronto and the other in Vaughan, the only station on the TTC network to bridge two cities.

Serving the north end of York University, Pioneer Village, and other businesses in the area, the station's north entrance in the 905 has been flanked by low-slung industrial and commercial properties since its Dec. 2017 opening, though that could change with a wild new development proposal that could bring a self-contained skyline of eight tall towers to the area.

A Feb 2022 proposal submitted with the City of Vaughan by developer Zancor Homes outlines plans to bring a cluster of eight towers reaching soaring heights of 53 storeys to 2600 and 2700 Steeles Avenue West, currently home to a pair of two-storey commercial buildings. 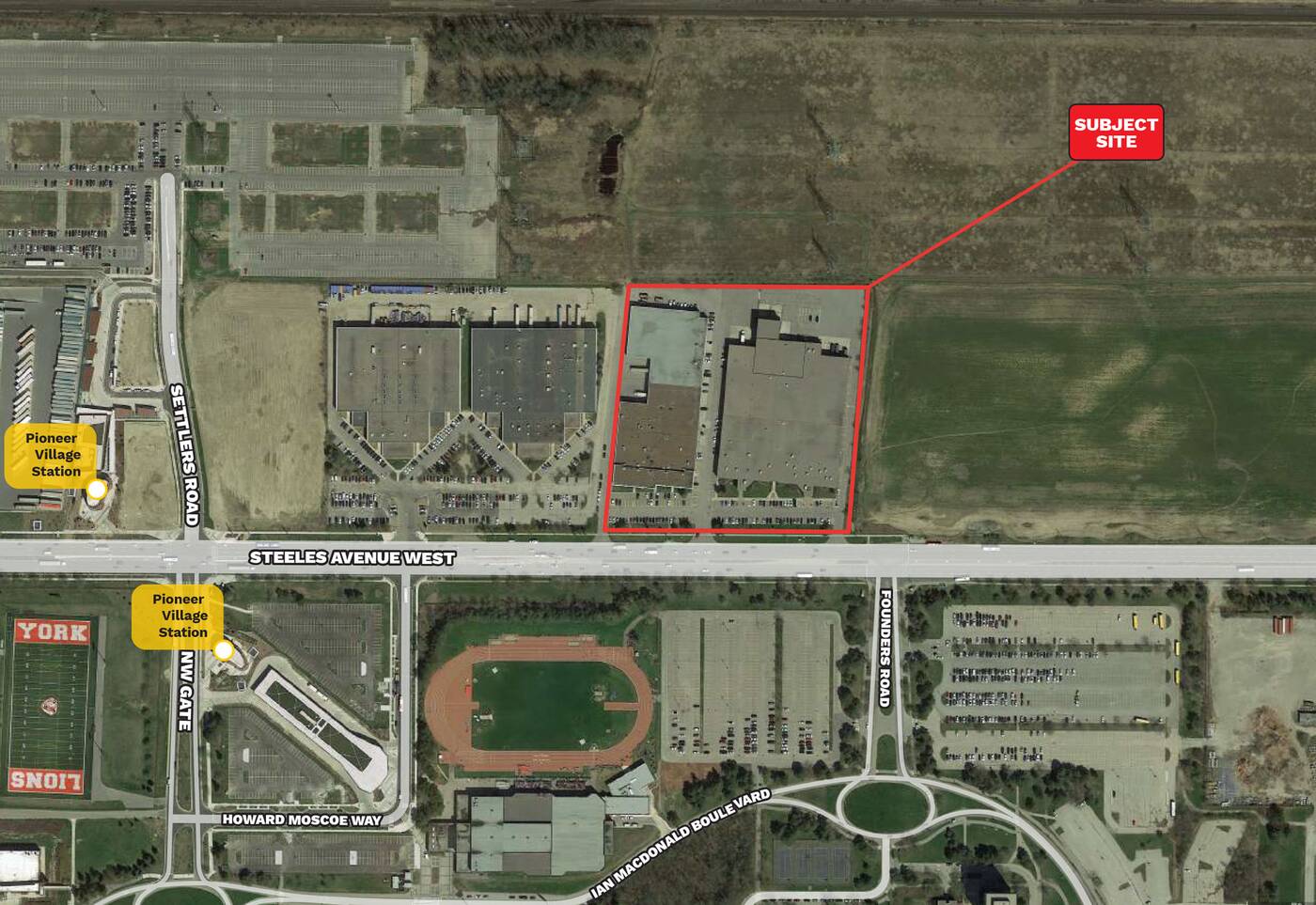 The proposal aims to replace a pair of commercial buildings just steps east of the subway station. Image by Bousfields.

The complex of towers, designed by Rafael + Bigauskas Architects, would be divided into pairs across four development blocks served by a network of three new public and two private roads. 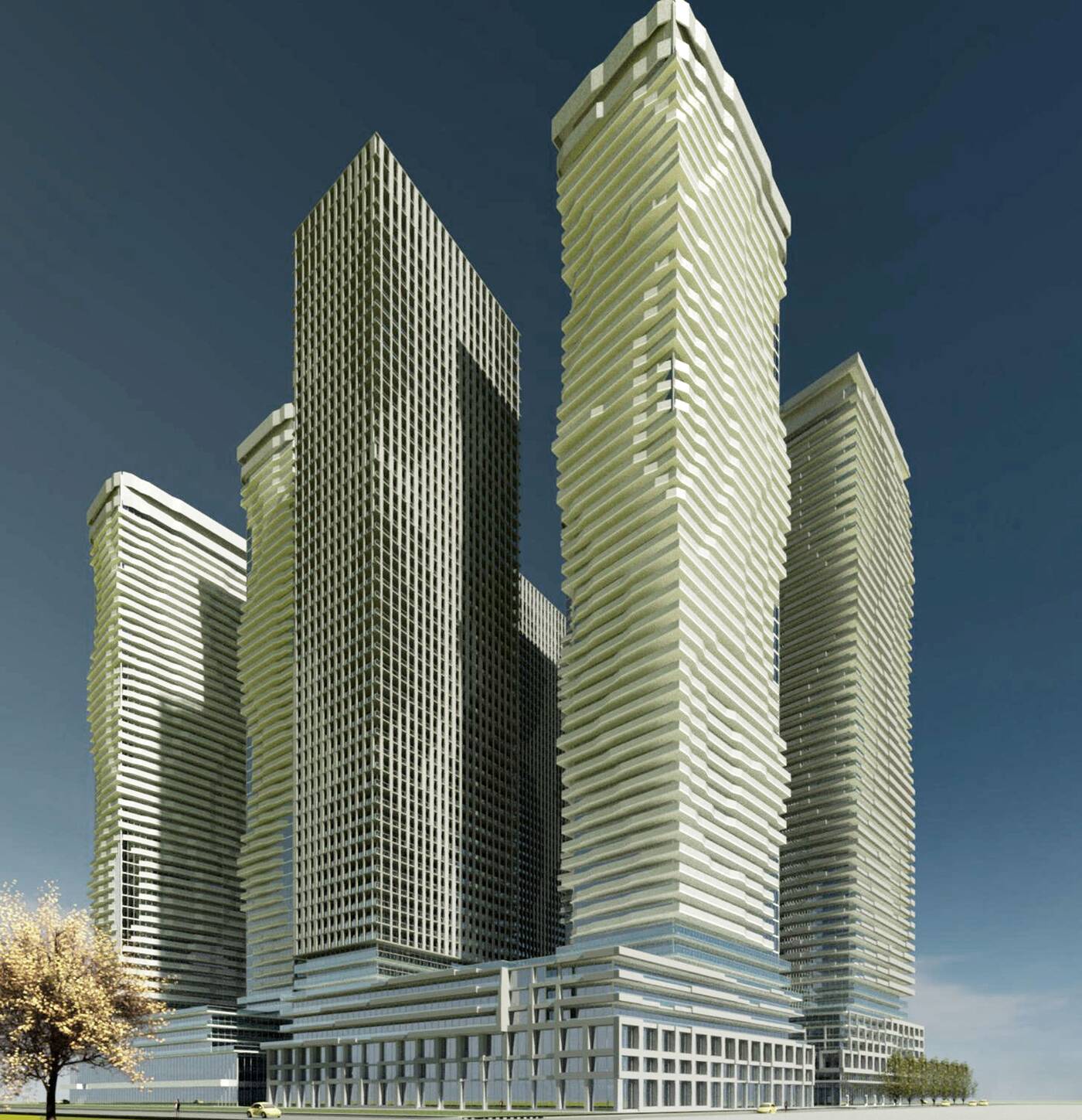 Eight towers with varying styles would all rise to heights of 53 storeys. Rendering by Rafael + Bigauskas Architects.

It is not made clear in the submission whether these would be condominiums, rentals, or a mixture, though it's a safe bet that there will be strong rental demand from students of the adjacent York campus seeking new accommodations within walking distance of classes.

Along with the massive injection of residential space steps from a subway station, the project also proposes 16,326 square metres of office and retail space lining Steeles Avenue West to the south, as well as a 4,100 square-metre linear public square at the north end of the site.

Each development block will also have its own central amenity courtyard, meaning residents will never have to walk far to enjoy some outdoor space. Even more green space has been earmarked on the east side of the site, plugging into a broader plan to develop this stretch of Steeles.

The towers would form just one block within the Steeles West District Urban Design and Streetscape Plan, which envisions the north side of Steeles to be built out with towers from Keele to Jane, forming a dense southern edge for Vaughan's emerging downtown area.