Before new towers climb into Toronto's skyline, they first exist in rendering form. These digital representations can dazzle with a hyper-stylized world or take the minimalist approach, but every once in a while, they'll miss the mark in some pretty spectacular ways.

In one recent slip-up, an artist appears to have casually plopped something unexpected amidst the pedestrian hustle and bustle of King Street East. You'll find it in a rendering submitted as part of a development application to bring a rental and office tower to the King East Centre at Front and Princess.

At first glance, you might just think it's a typical Toronto street scene in rendering form, but look a bit closer and you'll spot the dismembered human head just chilling on the sidewalk of King east of Princess. 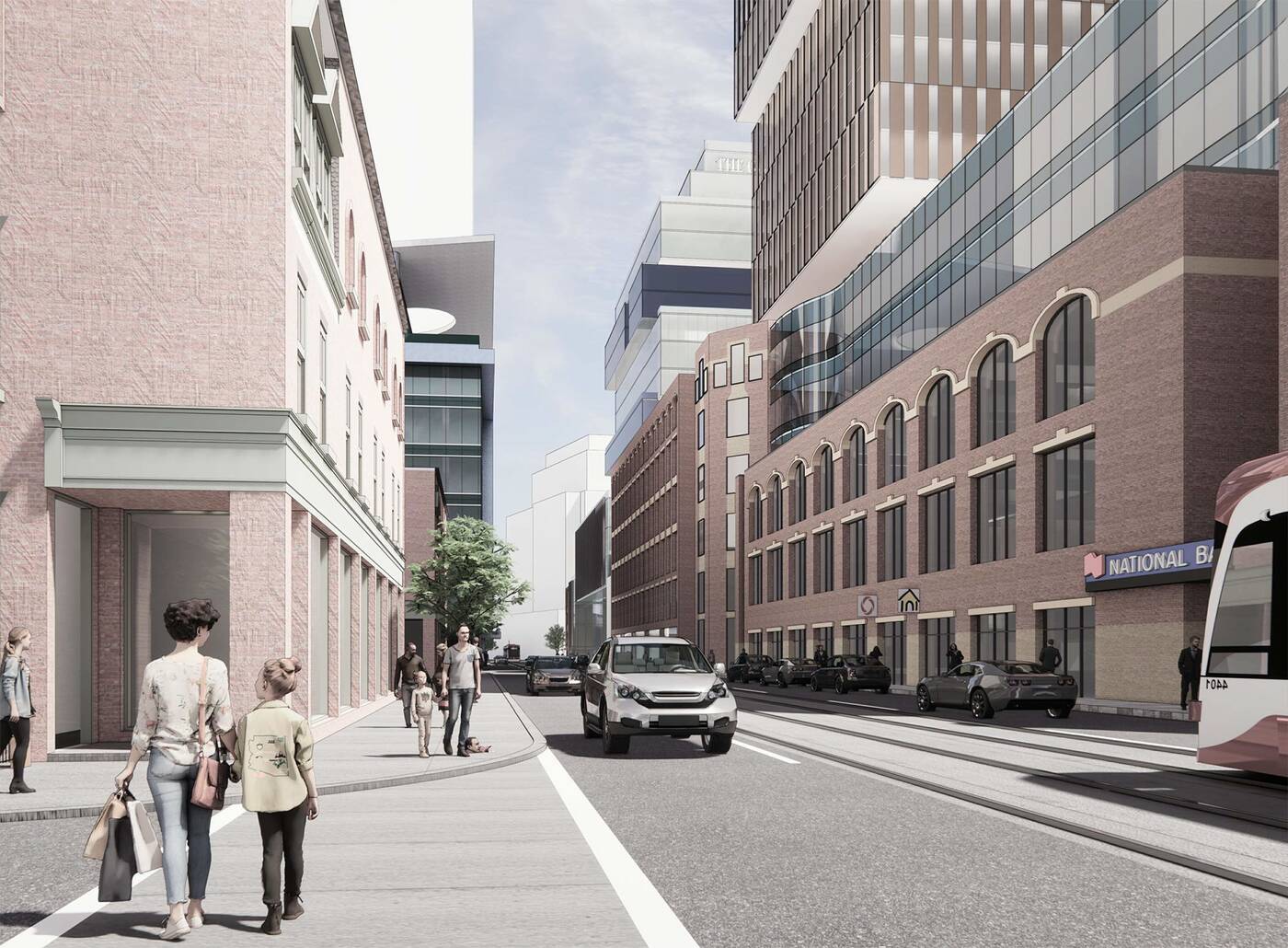 If that wasn't upsetting enough, the severed head appears to have its eyes wide open in a frightening stare across King Street, all as a father and child casually walk by as if nothing is seriously wrong. 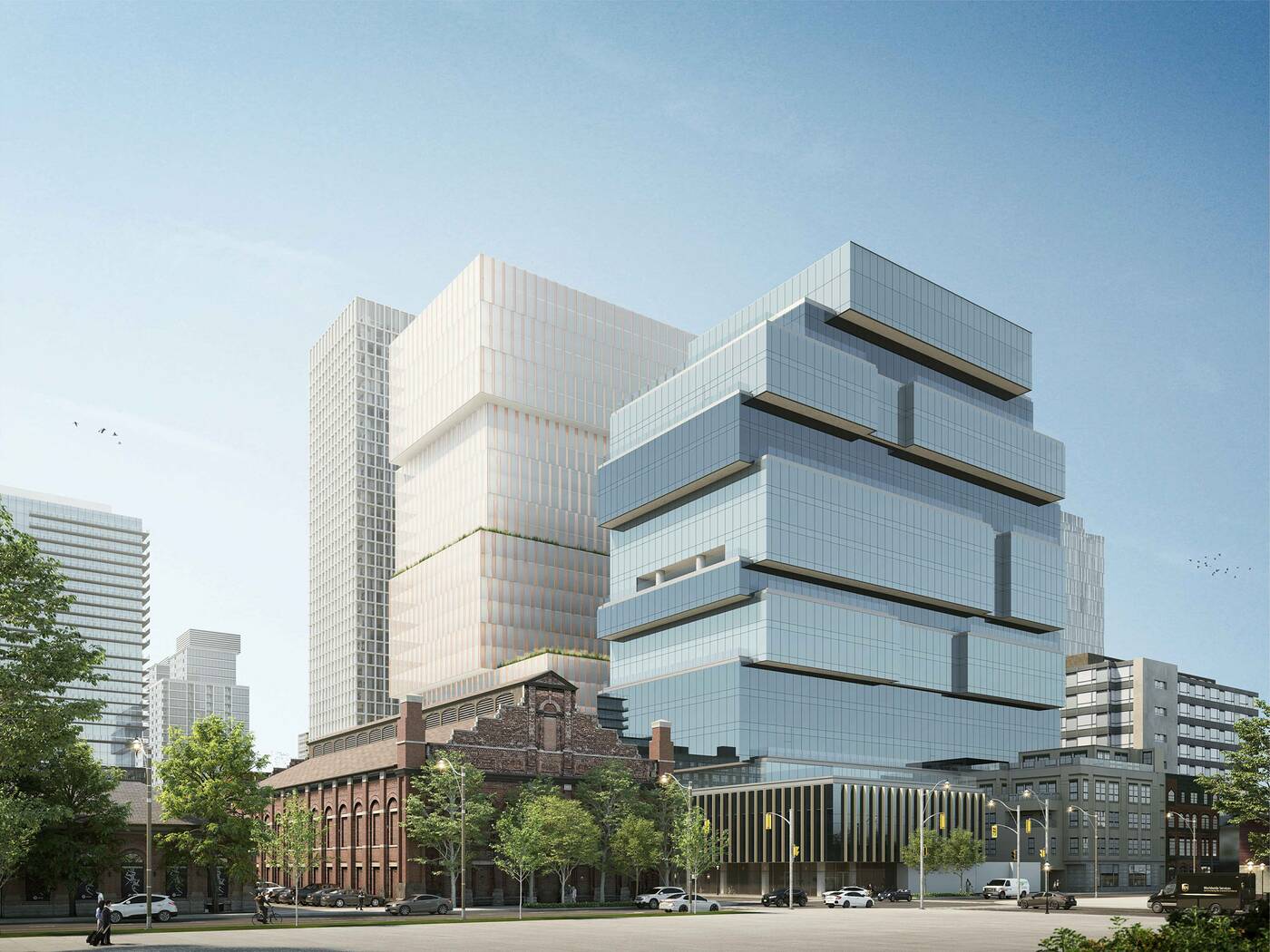 The proposed development aims to add a rental tower and an office tower to the King East Centre complex, replacing a No Frills, Dollarama, and LCBO location along with surface parking.

It's not the first head-scratcher to pop up in an artist's rendering, and it won't be the last. Like the time Drake in his Degrassi-era wheelchair appeared in a mock-up of a proposed park ramp in Brooklyn.

It's also common to see odd cameos for projects right here in Toronto, like when a rendering for 65 King Street East inexplicably included a cameo from Walt Jr., the character from Breaking Bad. 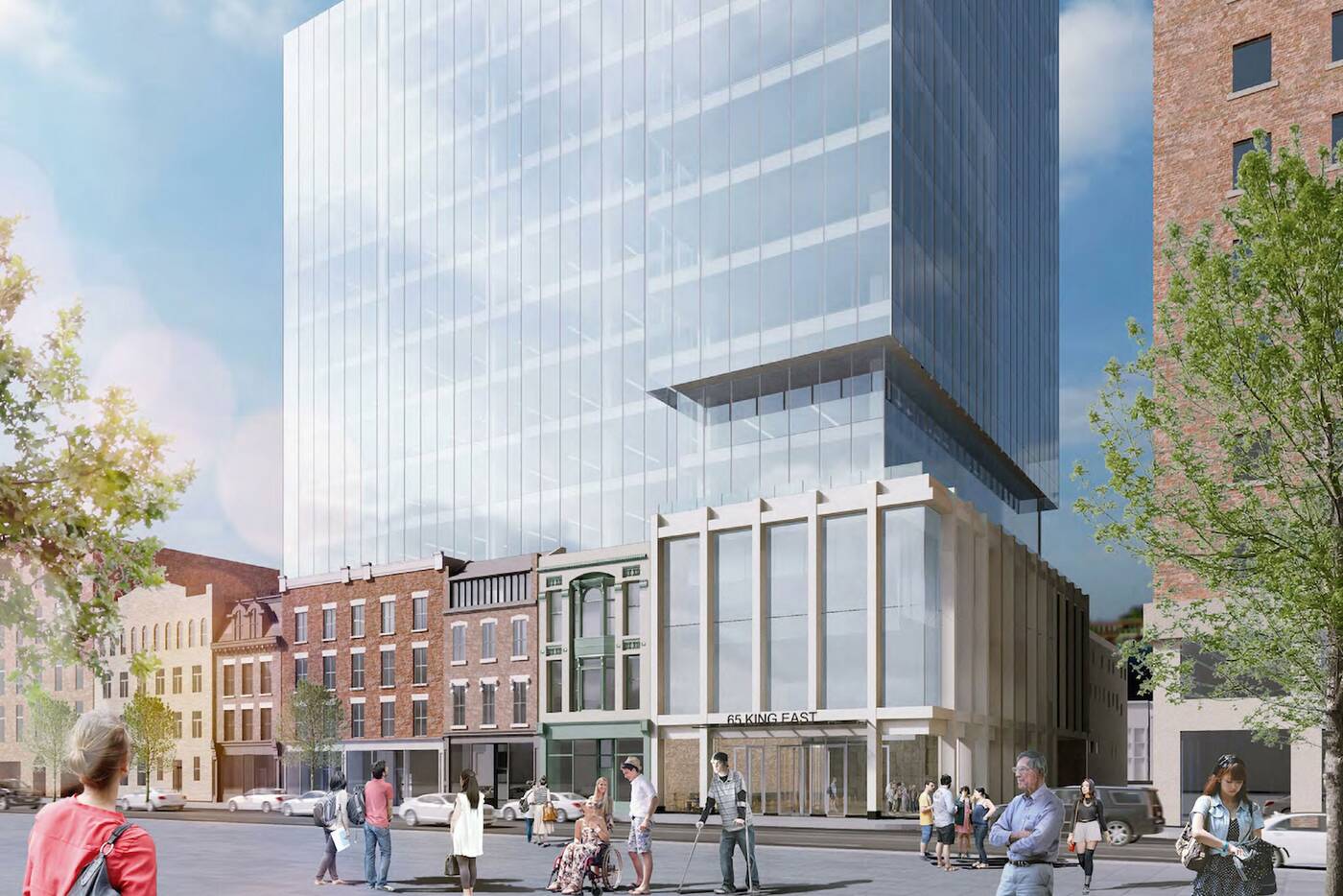 There have also been typos galore, including a 2012 rendering of a since-completed building with an address that proudly read "1486 Bathrust" in place of the correct spelling, Bathurst.

But a dismembered human head is in a category of its own for oopsies, one that hopefully isn't topped (or decapitated) any time soon.