"Abracadabra! Alakazam! And a spoonful of sugar will turn this house into a stunning new home in the heart of The Junction!" reads the listing for 230 Maria Street.

But I'm pretty sure it's going to take a lot more than a "spoonful of sugar" to turn the row house into a liveable home.

And by more I mean probably over $1 million in renovations more. 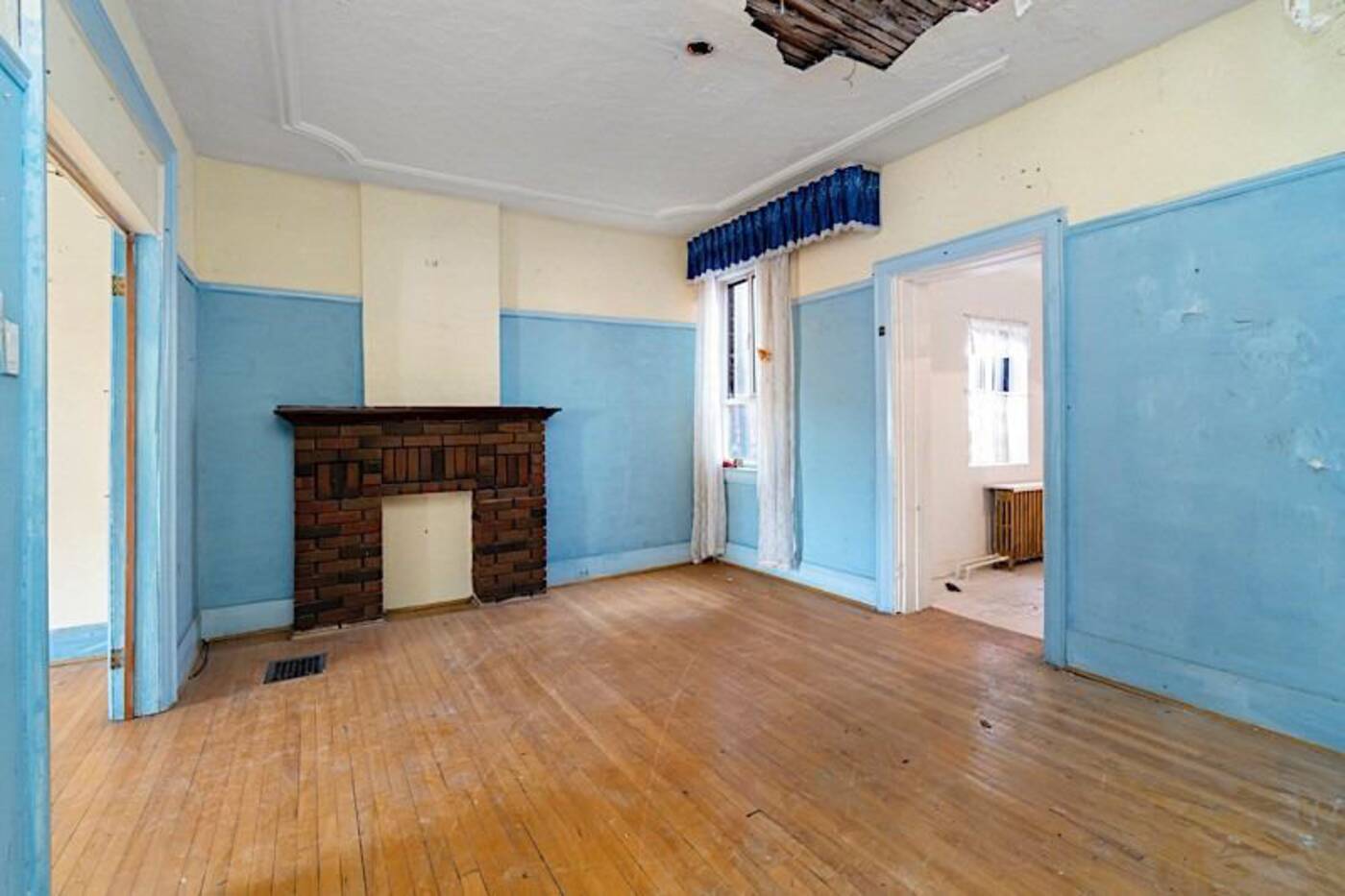 The living room with an old boarded up fireplace. 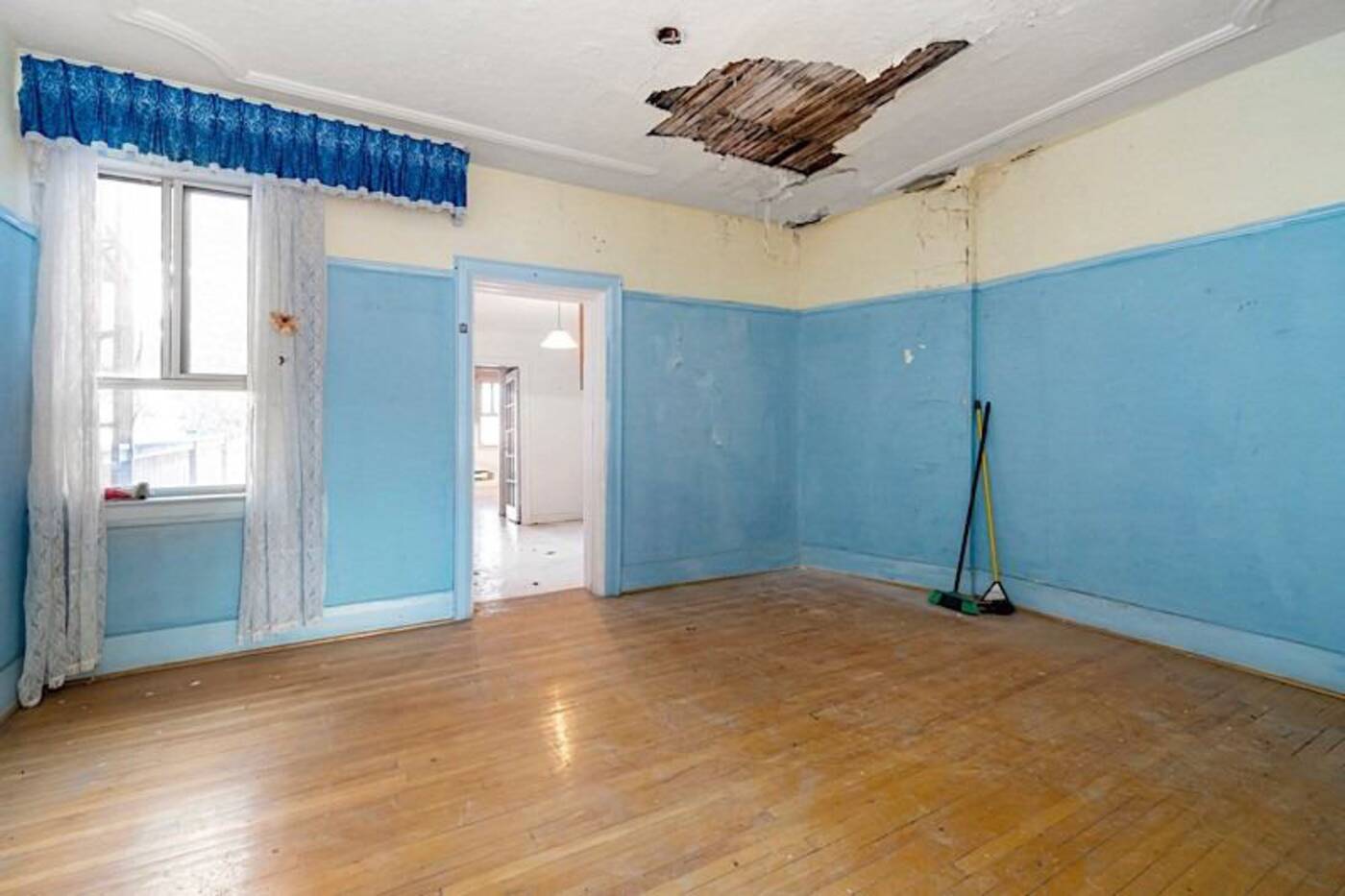 There are holes in the ceiling. 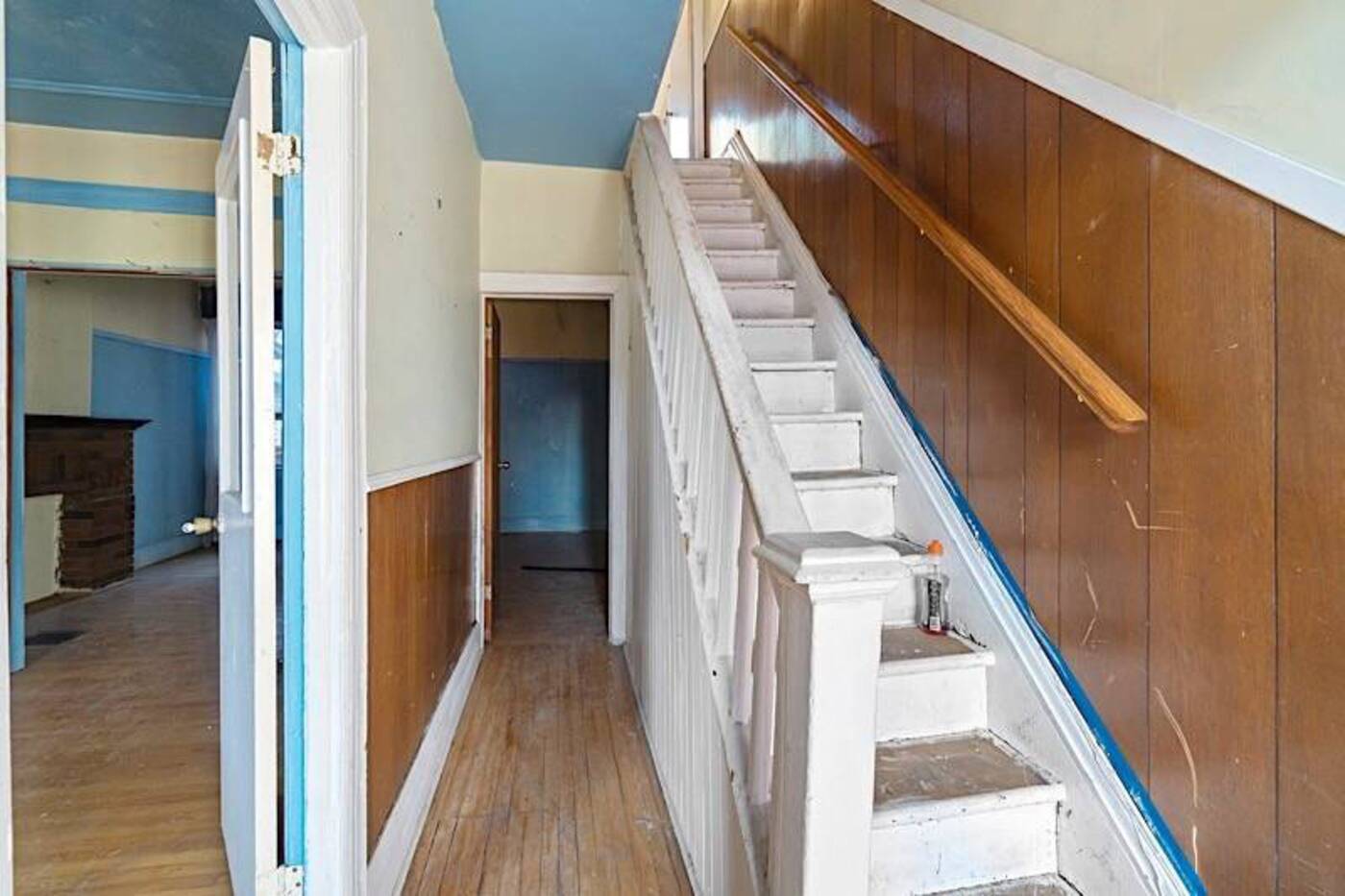 The paint is peeling off the walls and the home has just generally fallen into a state of disrepair. 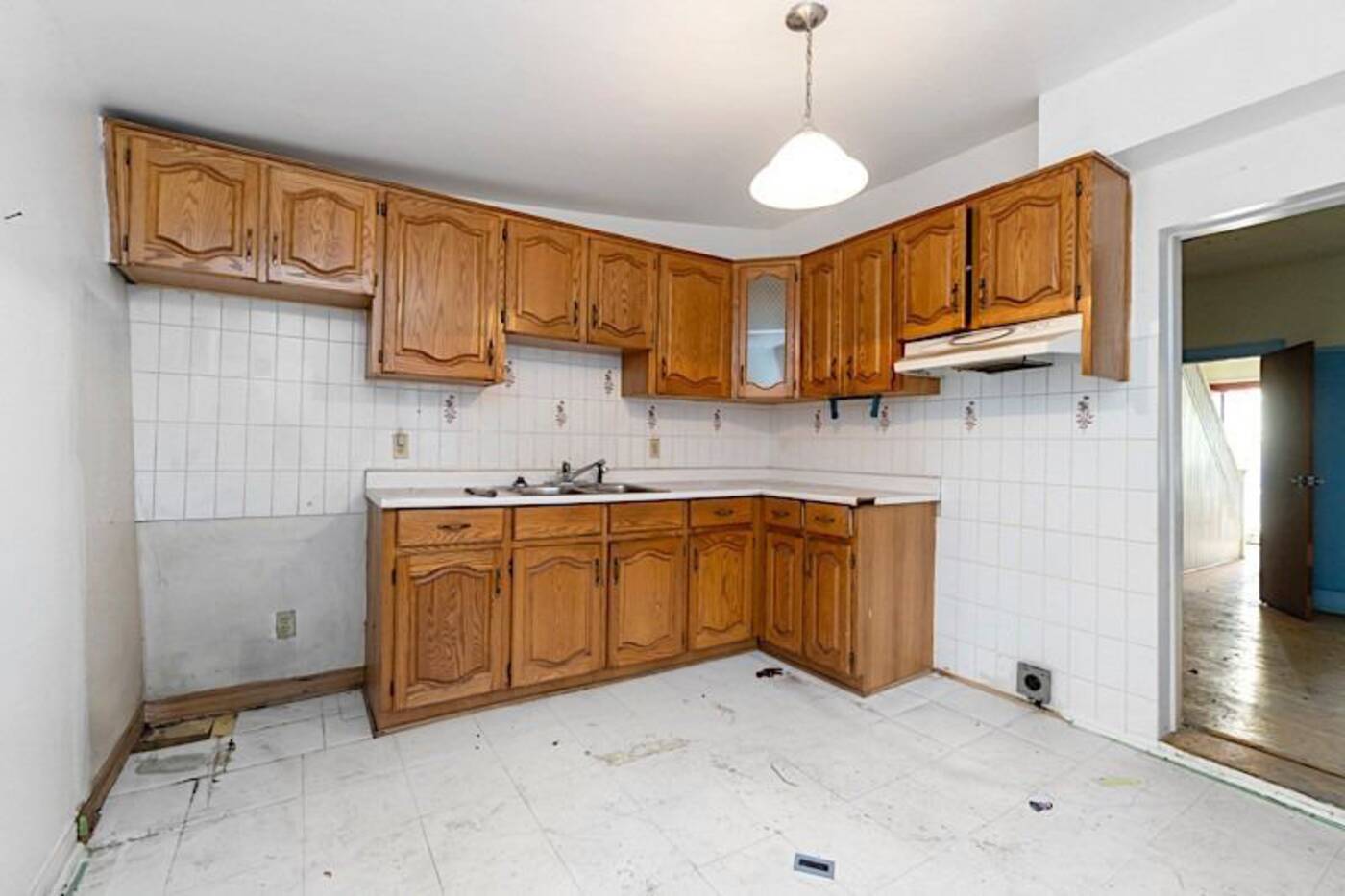 The kitchen on the main floor.

The kitchen looks like it was ransacked as there are no appliances left and part of the floor is missing.... but then there's a second kitchen on the second floor that does have appliances because that makes sense. 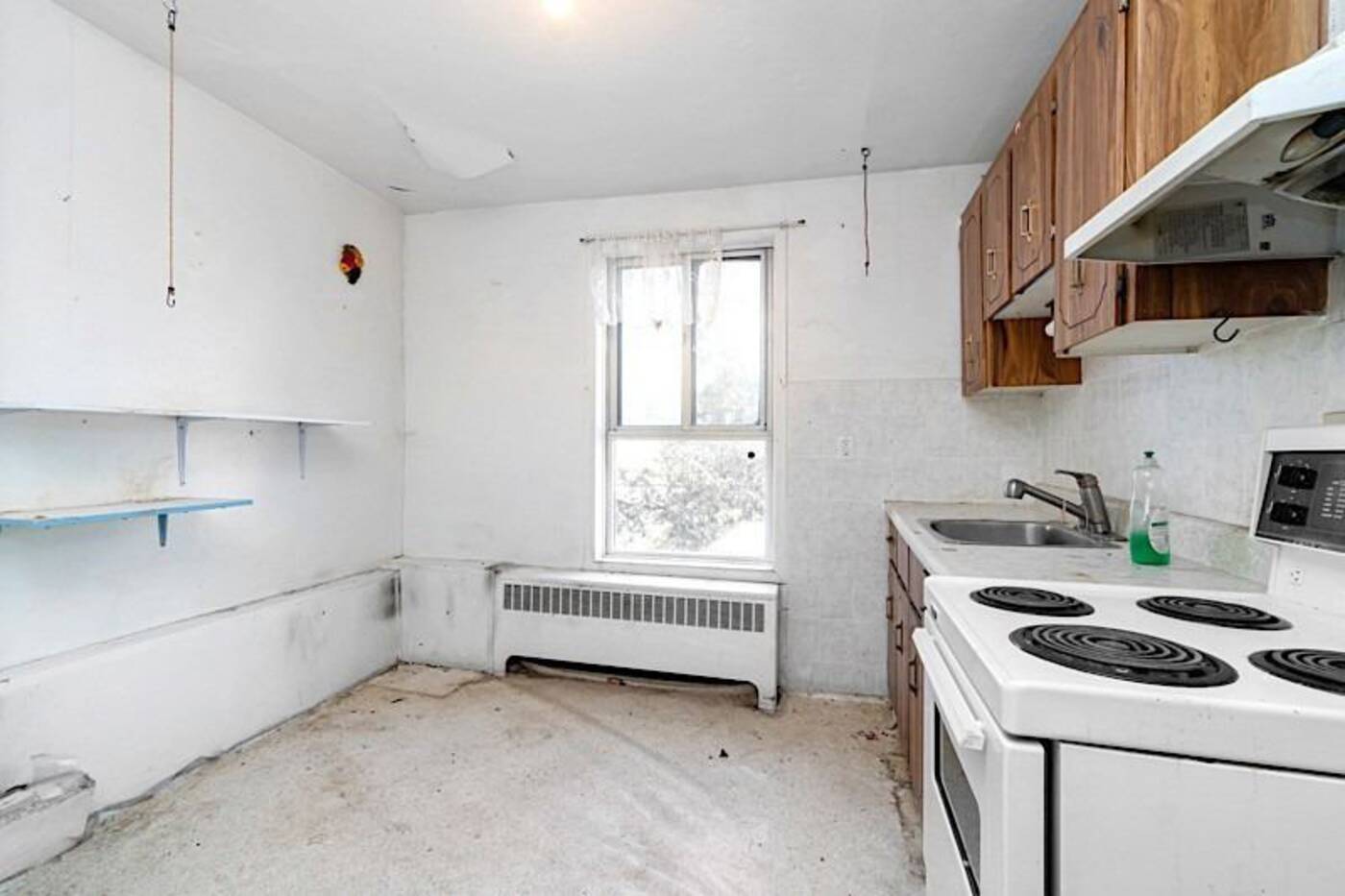 It seems as if a bedroom was turned into a kitchen but it's unclear from the listing and pictures. 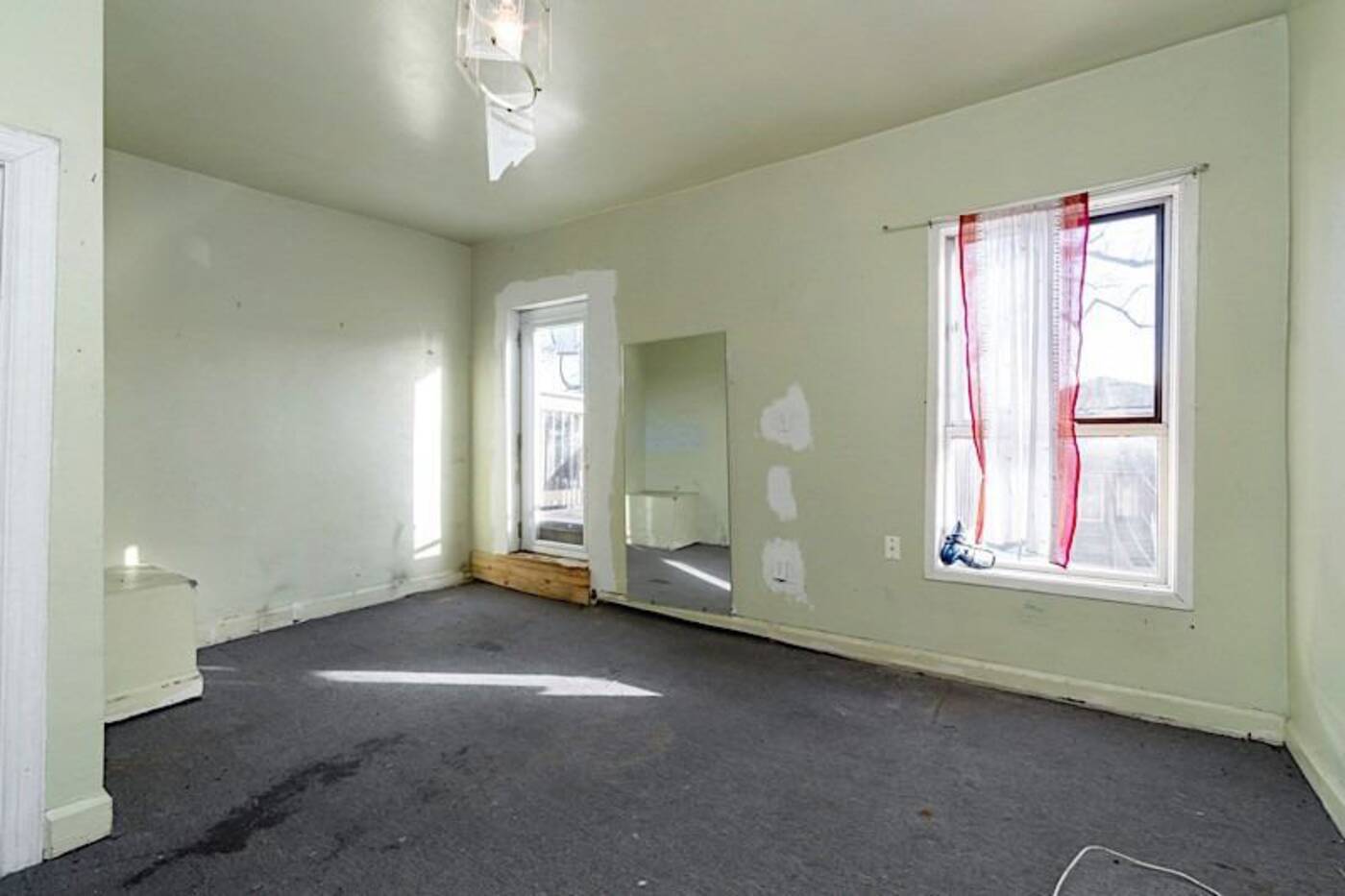 The primary bedroom that has a walk-out balcony.

Speaking of bedrooms, the primary bedroom is a decent size but I can't even imagine what horrors you'll uncover under those carpets. 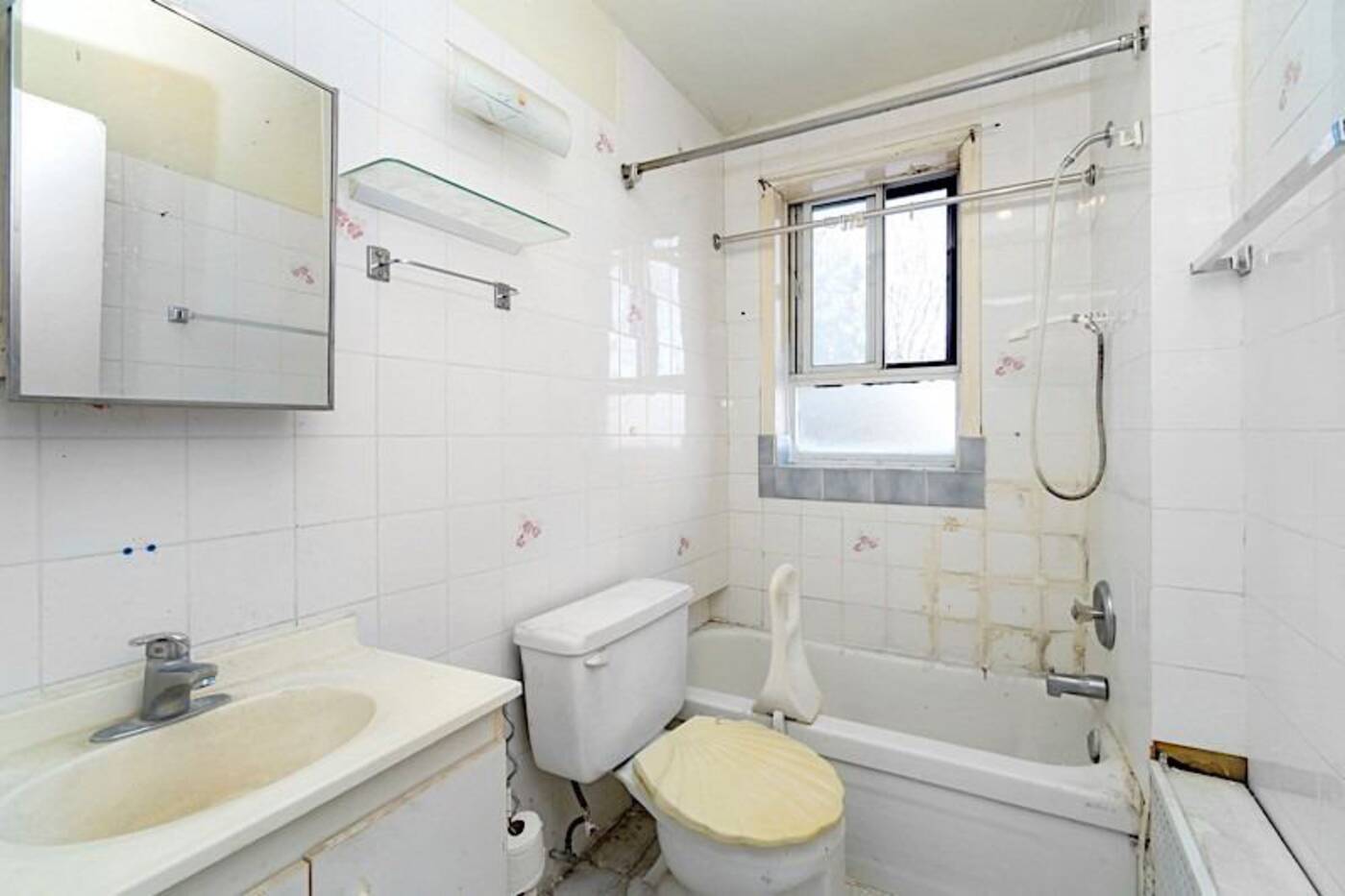 Both bathrooms are obviously nightmares. In the one on the second floor the photos show some dark mold moving in, which is kind of impressive albeit super gross. 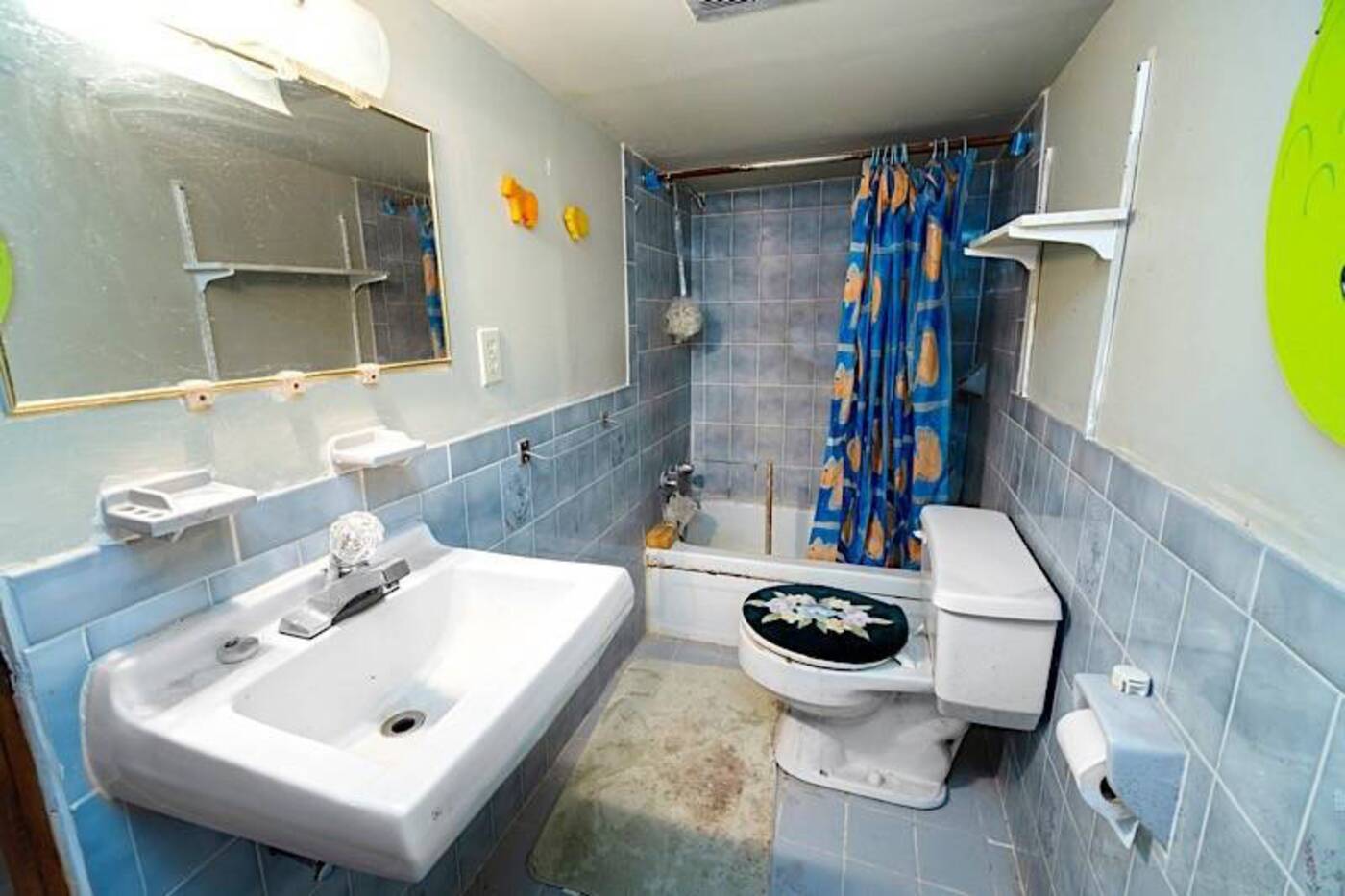 The bathroom located in the basement.

The one in the basement is not much better. 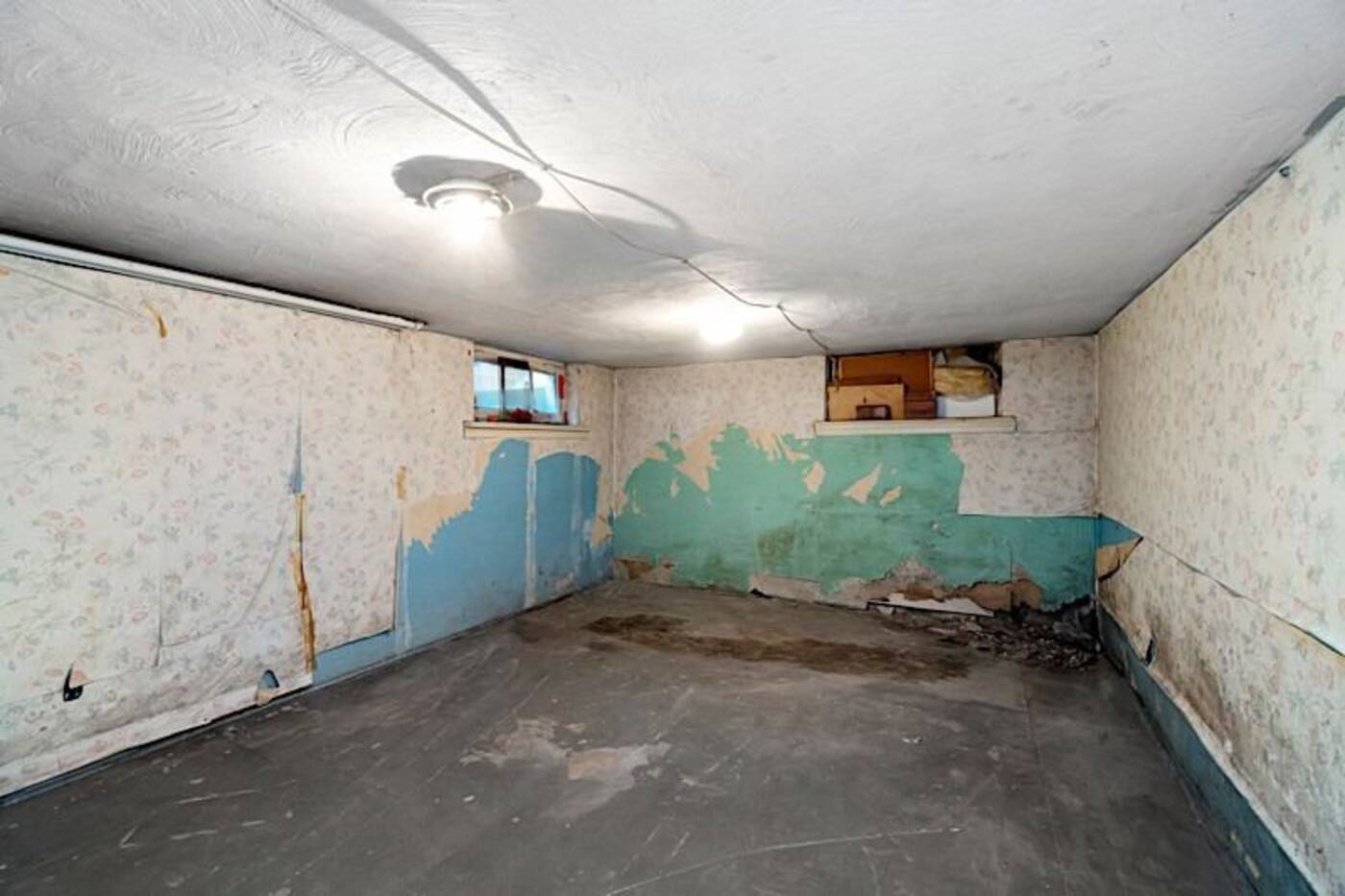 A room in the basement with possible water damage.

The basement is just terrifying. 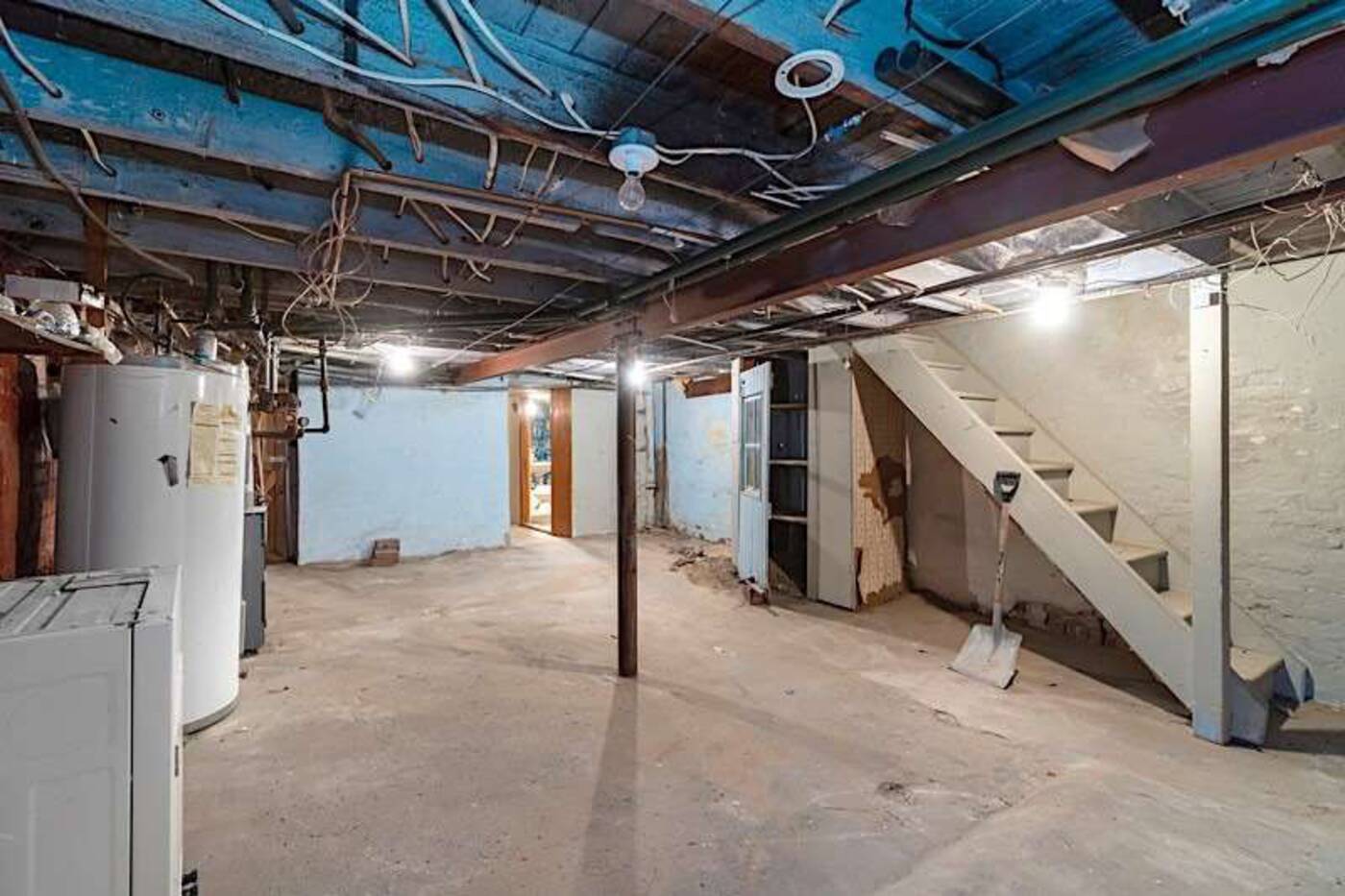 The main area in the basement.

But, on the plus side, it does have a separate entrance, so after you transform or at least finish it, you could rent it out. 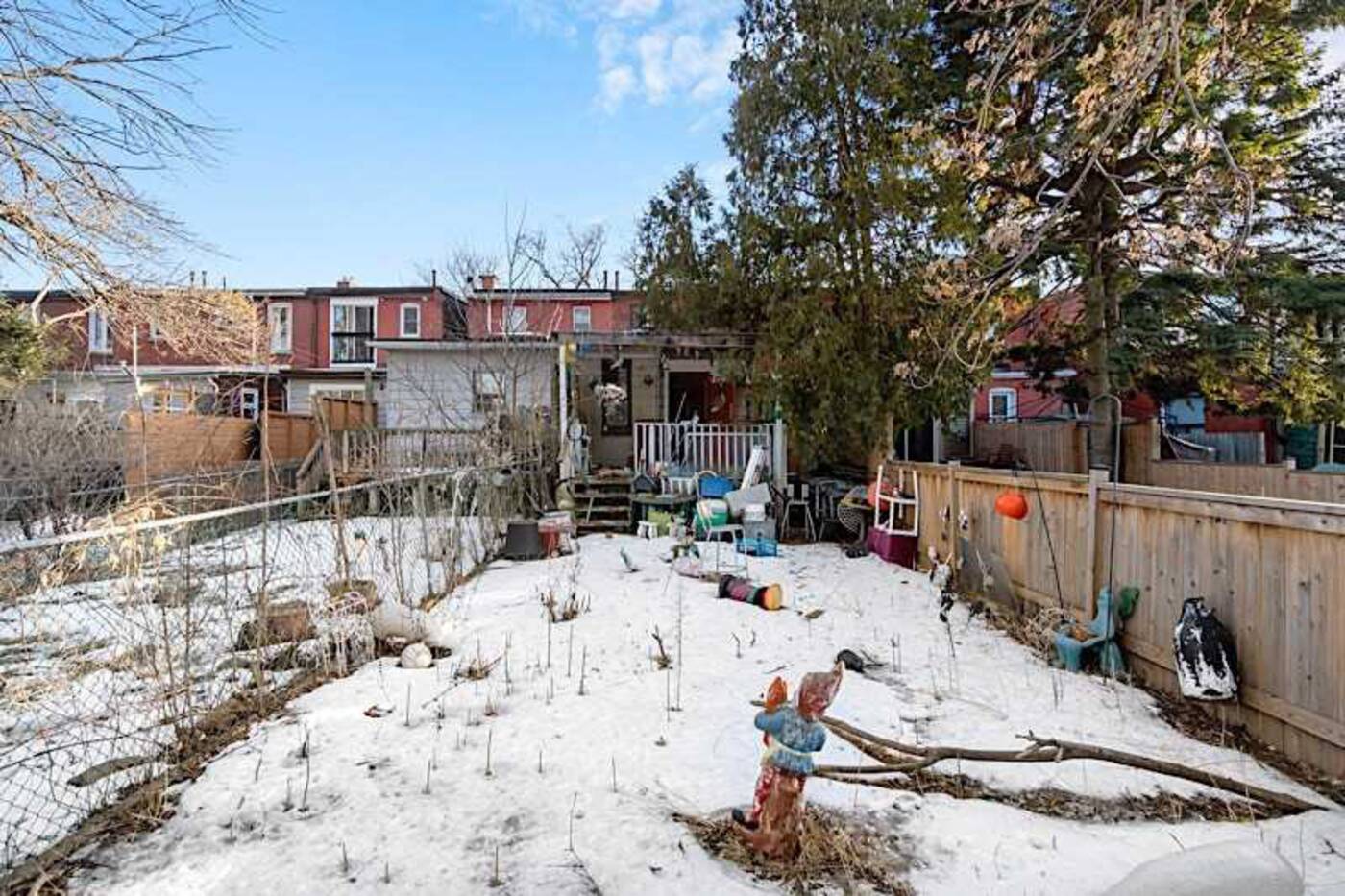 As for outdoor space, the home has a large backyard littered with lawn ornaments which may or may not come with the purchase. 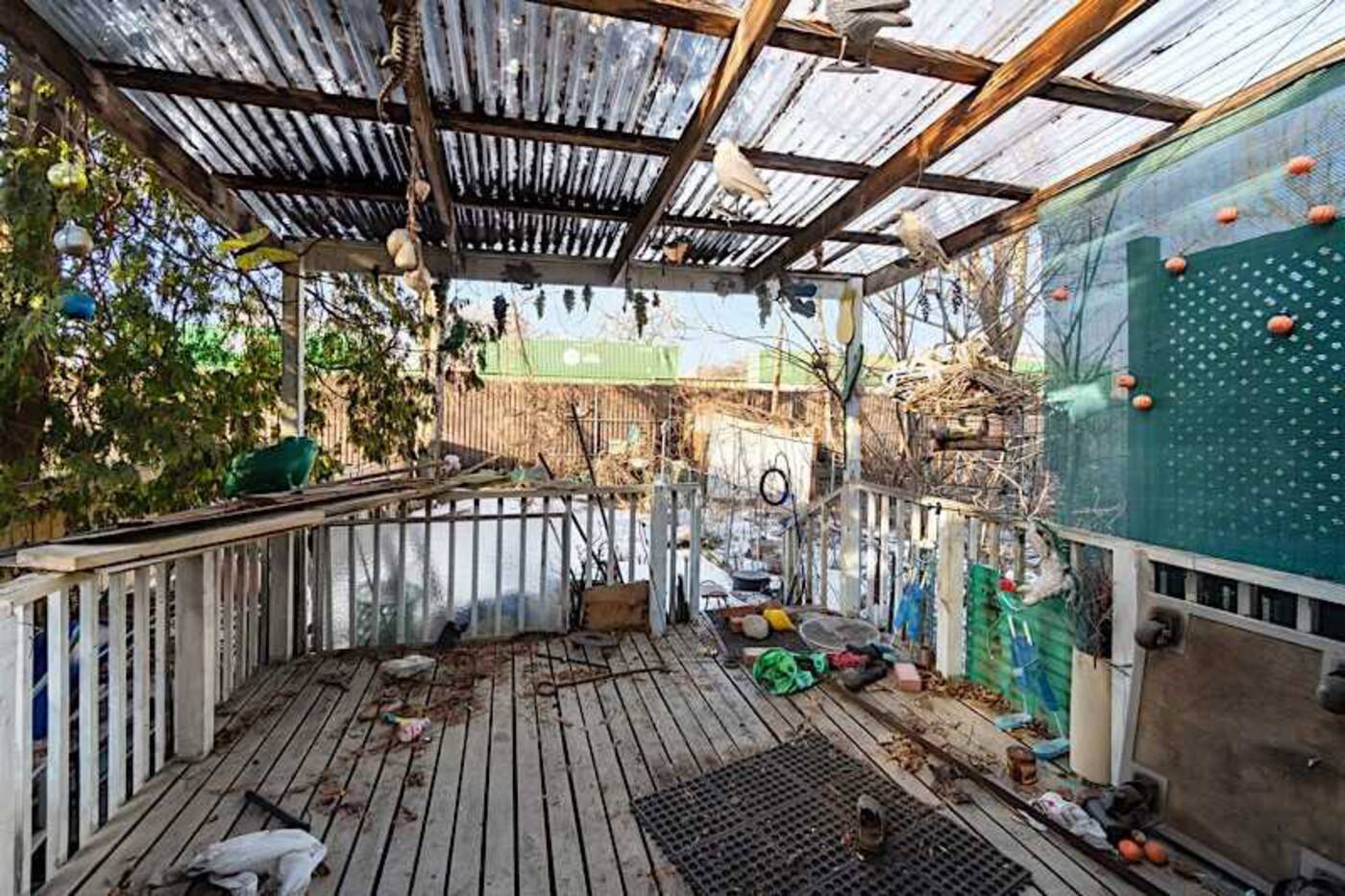 But despite this, it's very clear this home is being sold for land value as it's sitting on some premium land in the Junction. 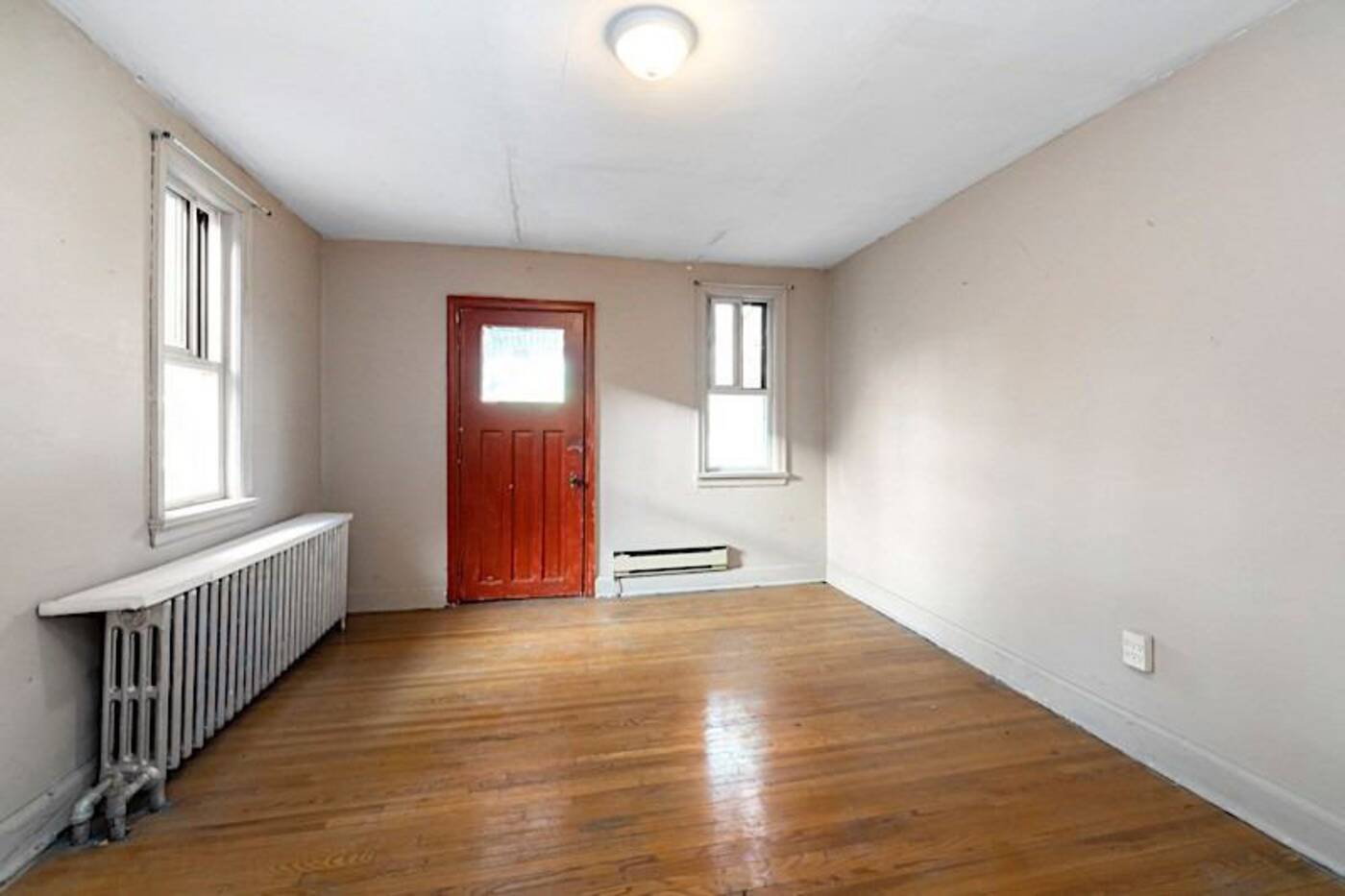 Plus, the realtor does say: "Why pay over a million dollars for another person's reno when you can create your dream home?" 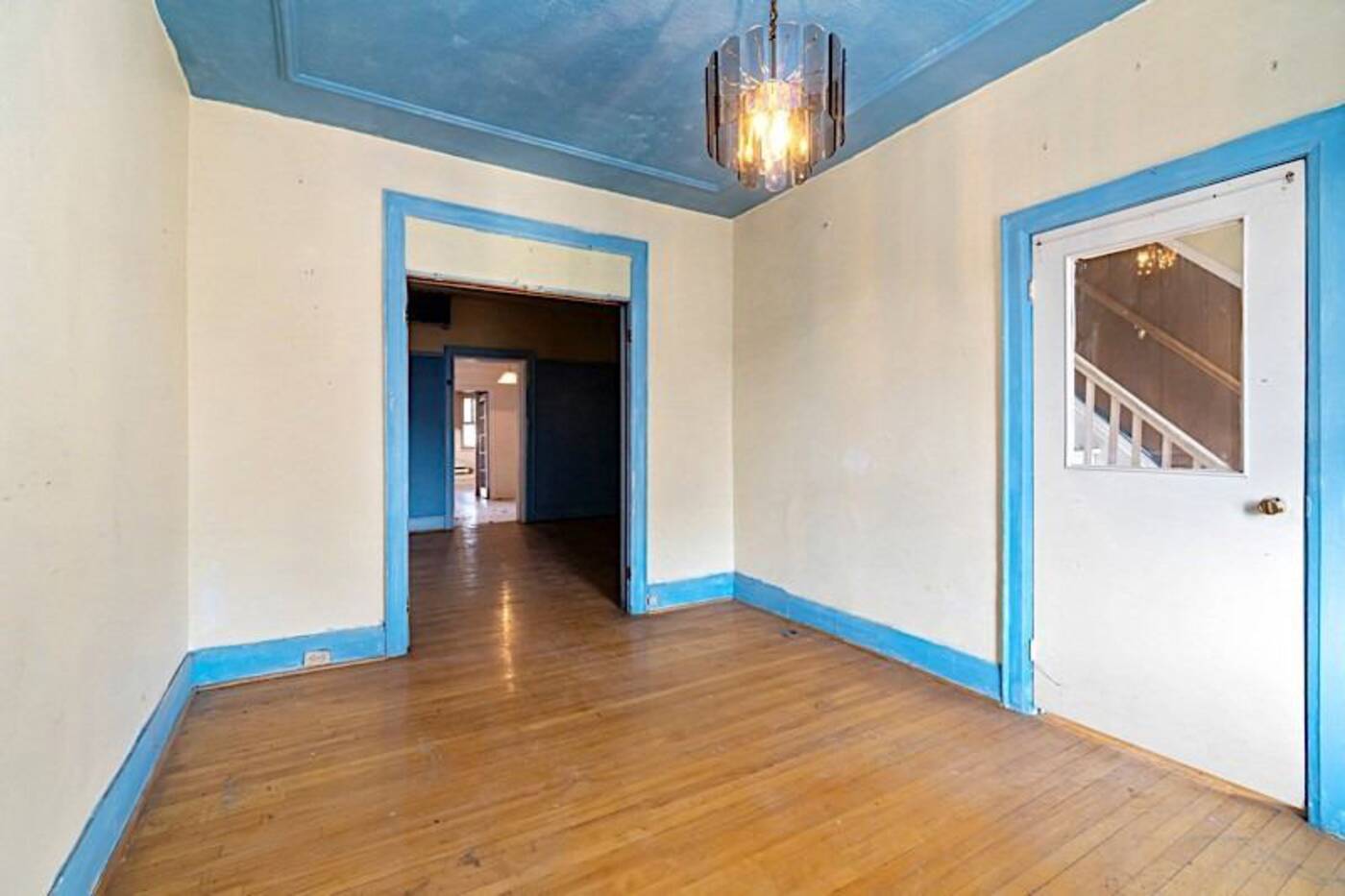 Fair point but let's be real, even though the house is currently listed for $599,000, it will likely sell for close to $1 million because that's just how Toronto is right now. 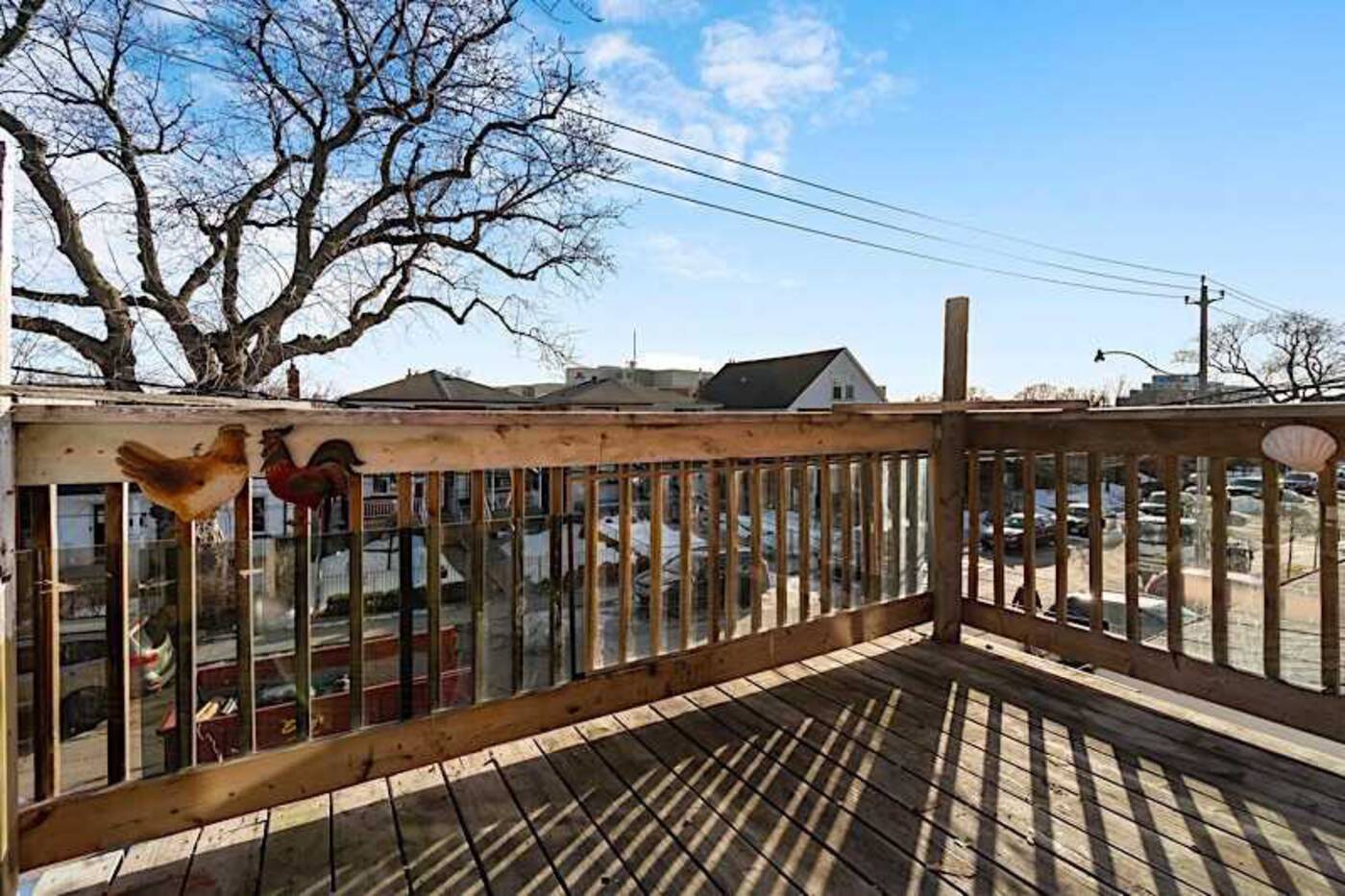 The balcony off the primary bedroom.

So considering you'll have to spend over $1 million anyway you might want to save yourself the headache of months or years of renovations... Or not?