Located on one of the more desirable streets of Old Oakville, Chartwell Road, is this charming four-bedroom, six-bathroom home listed for $6,995,000.

That might seem high for a home that's not even in Toronto proper, but for those who don't know about Old Oakville let me fill you in.

Back in the 1800s, a loyalist named William Chisholm bought 960-acres of land from the government (side note: originally it was owned by the Mississauga First Nation) for $4,116. 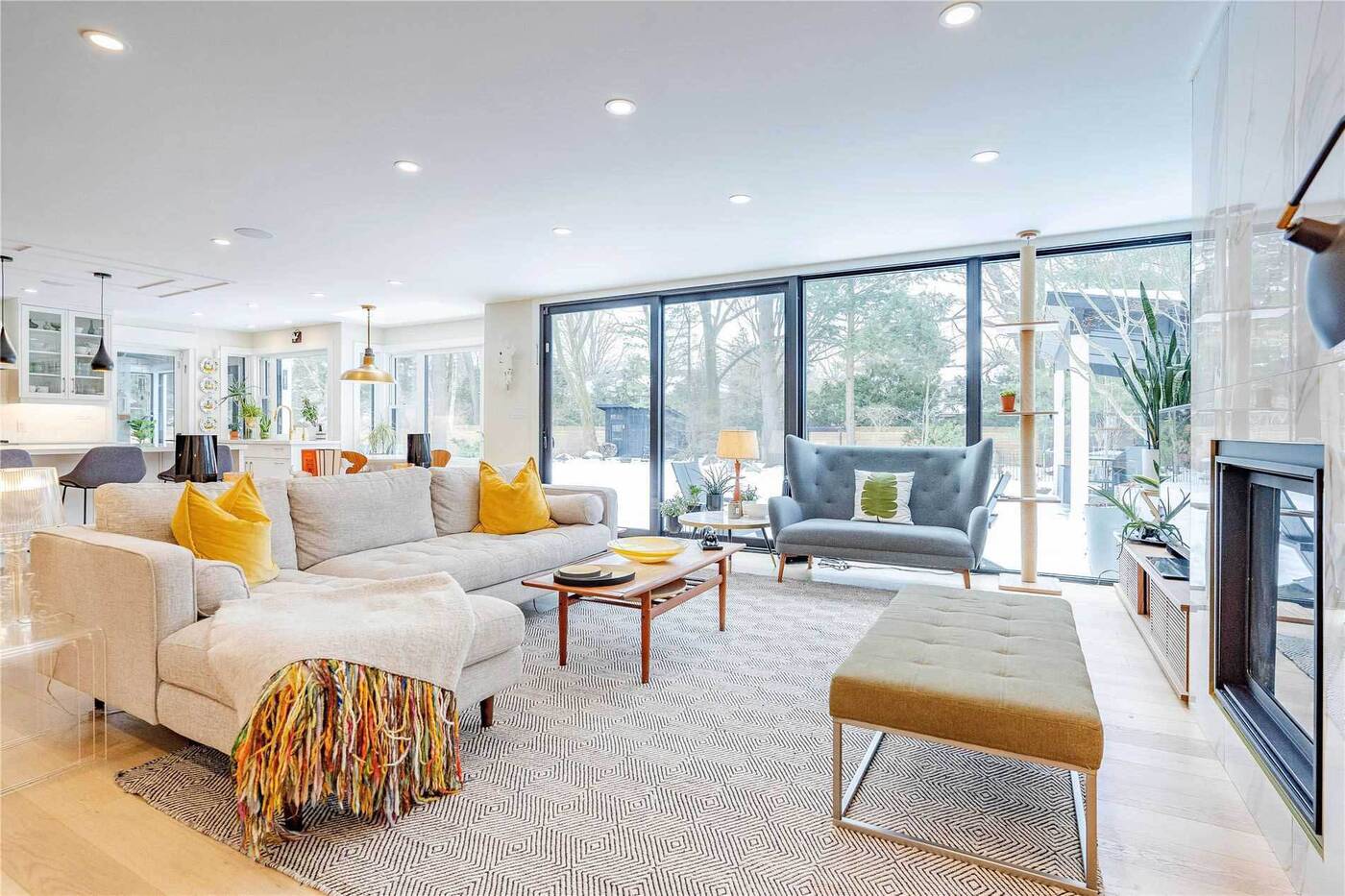 Over the years, many wealthy people moved out of the city to Oakville to build upscale estates. 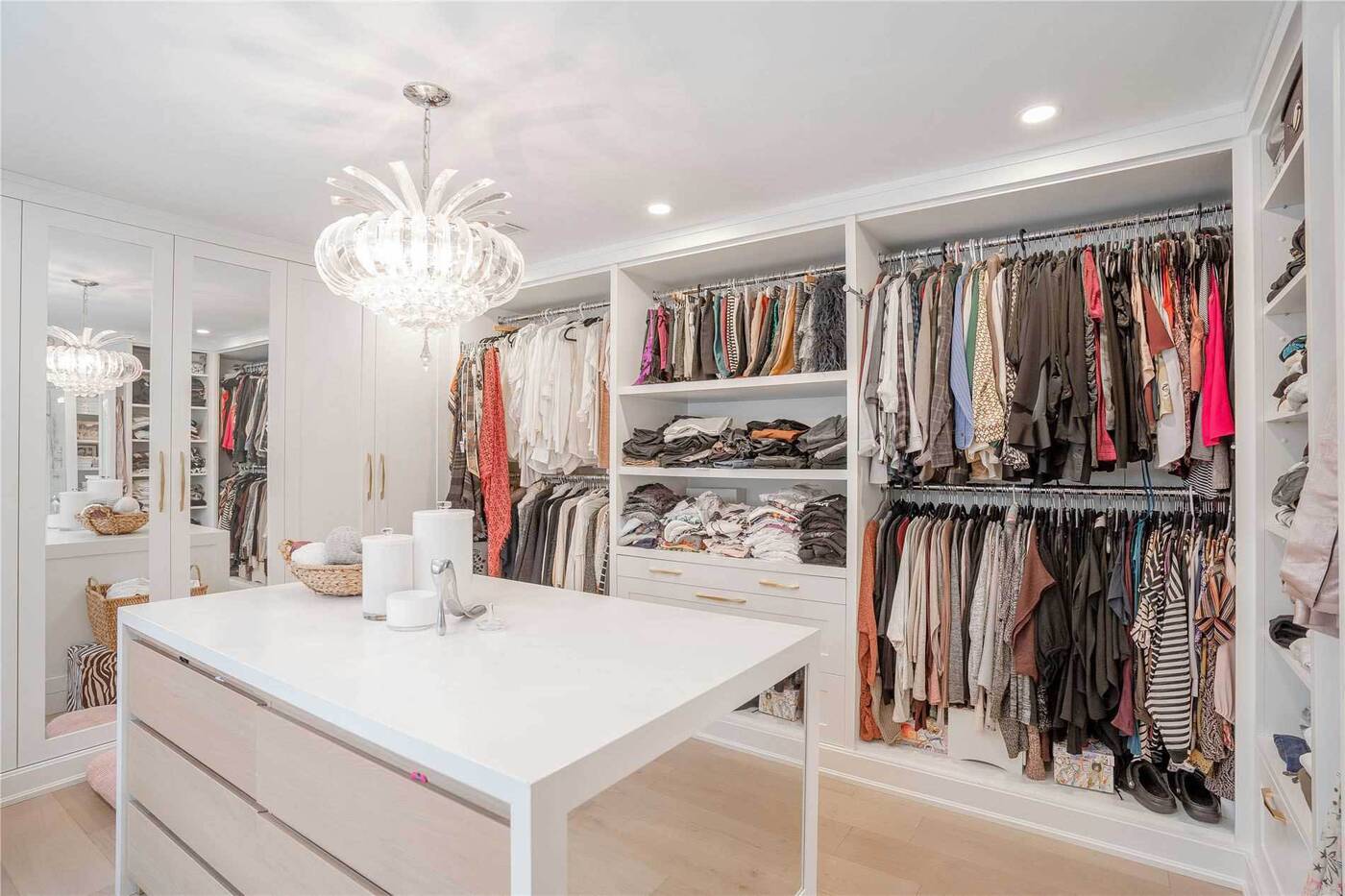 The walk-in closet in the primary bedroom.

Now, the neighbourhood is known for its prestigious private schools, expensive heritage homes and modern mansions, as well as private clubs that have been around for more than 100 years. 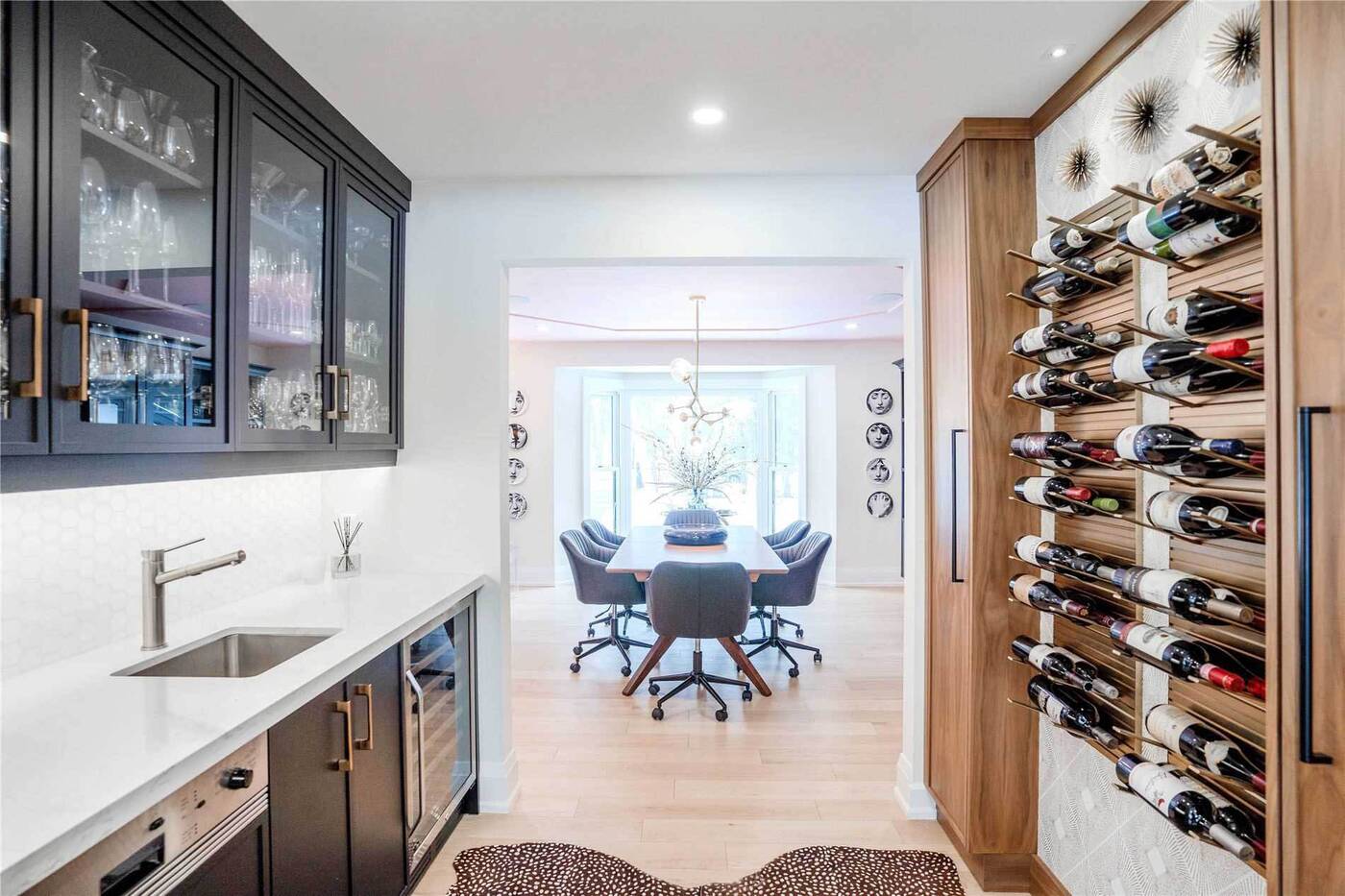 The butler pantry leading to the dining room.

In other words, this neighbourhood is fancy AF and 200 Chartwell Road clearly looks like it belongs in a interior design magazine. 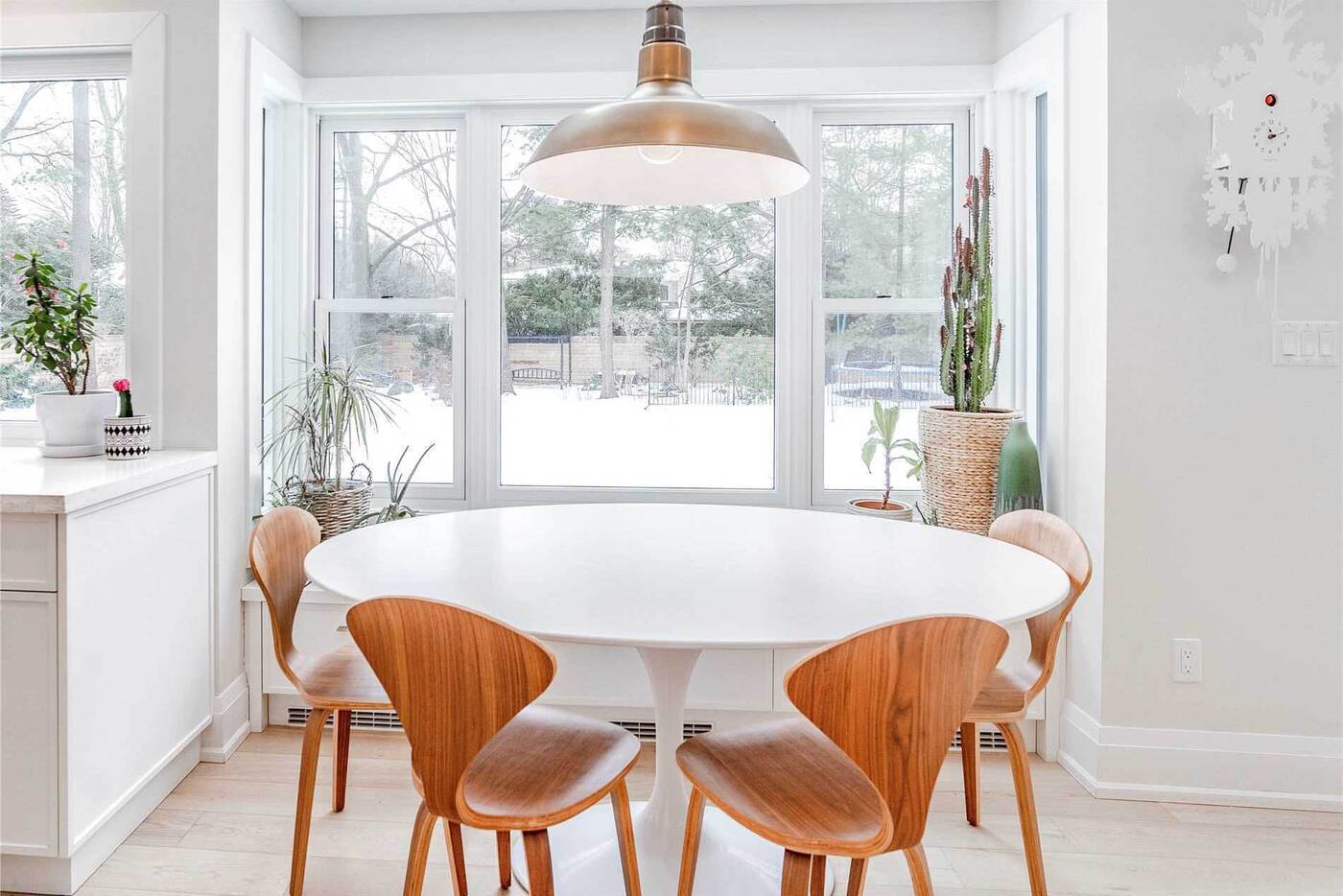 A breakfast nook overlooking the backyard.

"As far as custom homes goes it's spectacular. I sell a lot of custom homes and this is the best I've ever seen," realtor Lloyd Pisapio told blogTO. 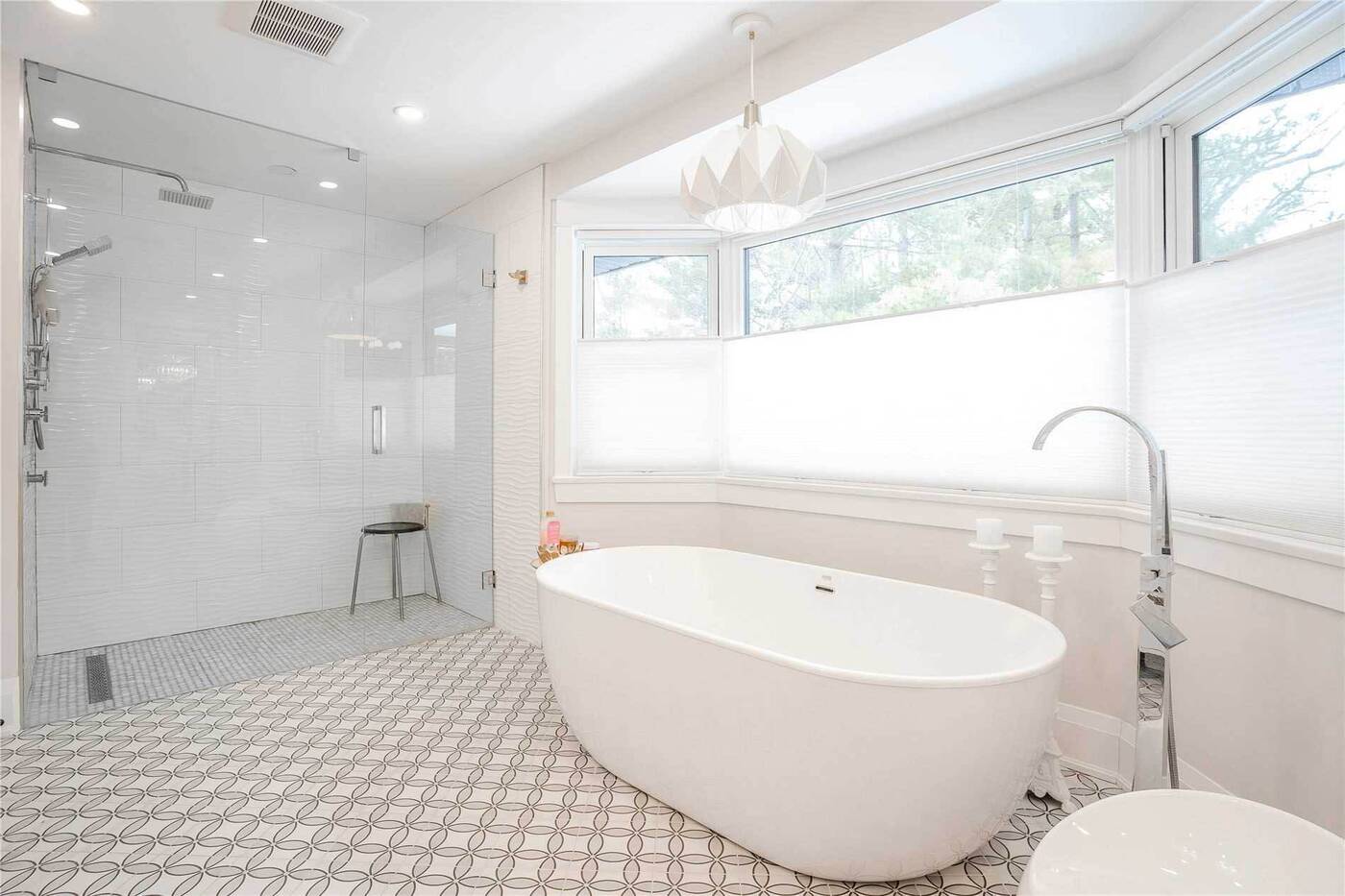 A large soaker tub in the primary bathroom.

Pisapio told blogTO that the owner took a lot of inspiration from her time living in London and New York as well as artfully blended design styles like mid-century modern and art deco to make this stunning luxury home. 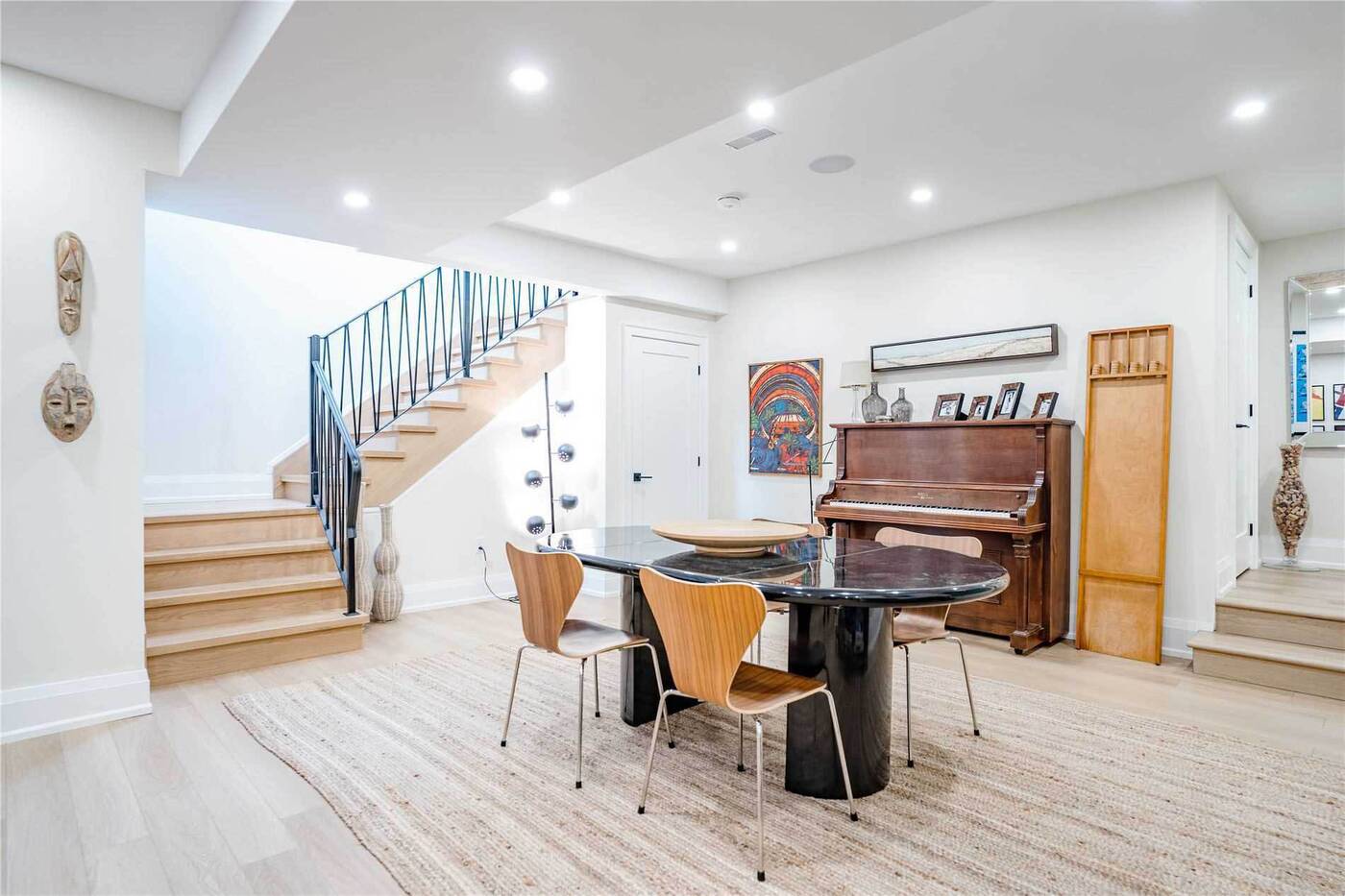 The games room in the basement.

From top to bottom the home has been built with high-quality finishes in mind. 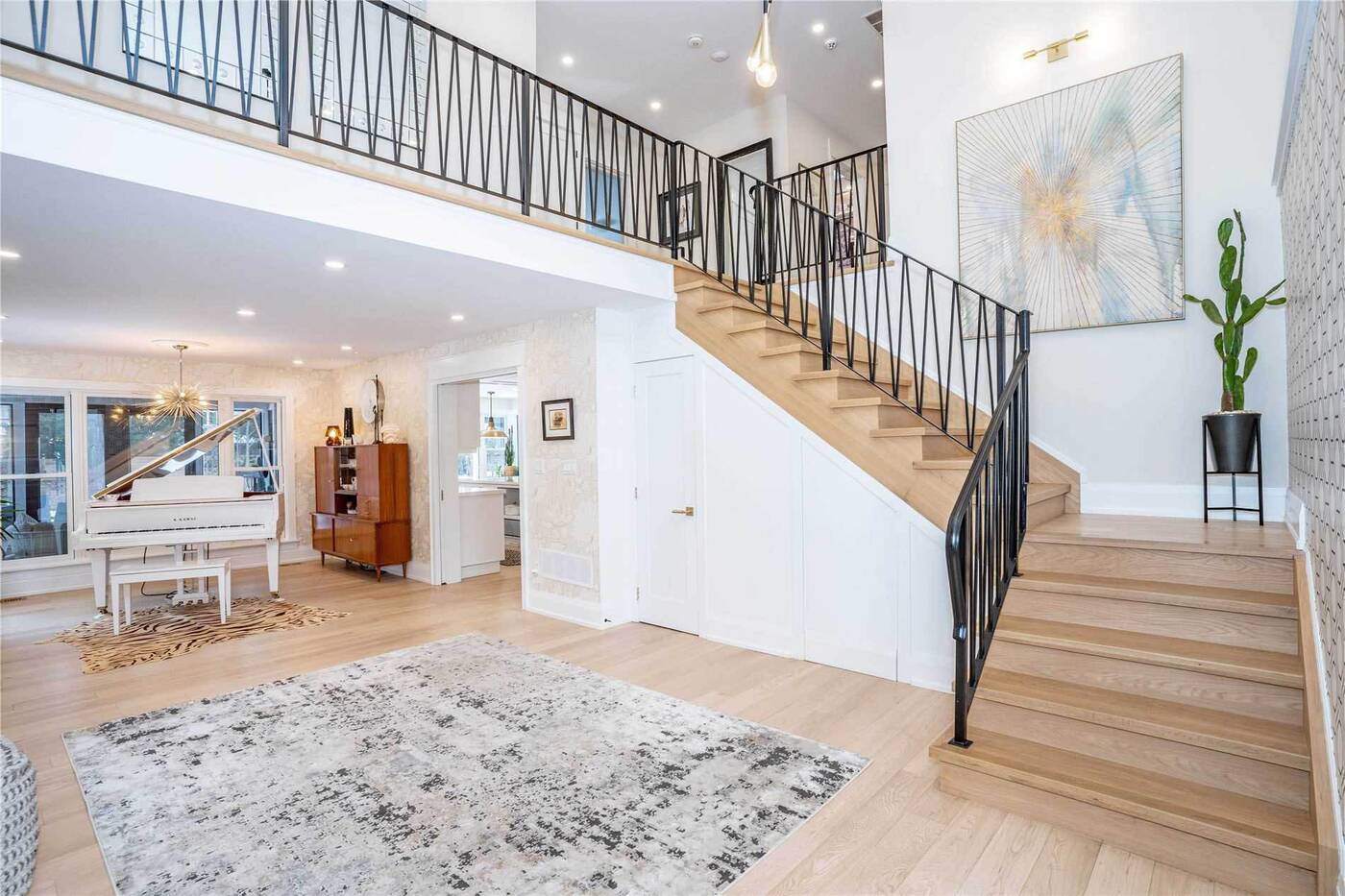 Right upon entering the home you're greeted with a stunning two-storey foyer that's light and bright. 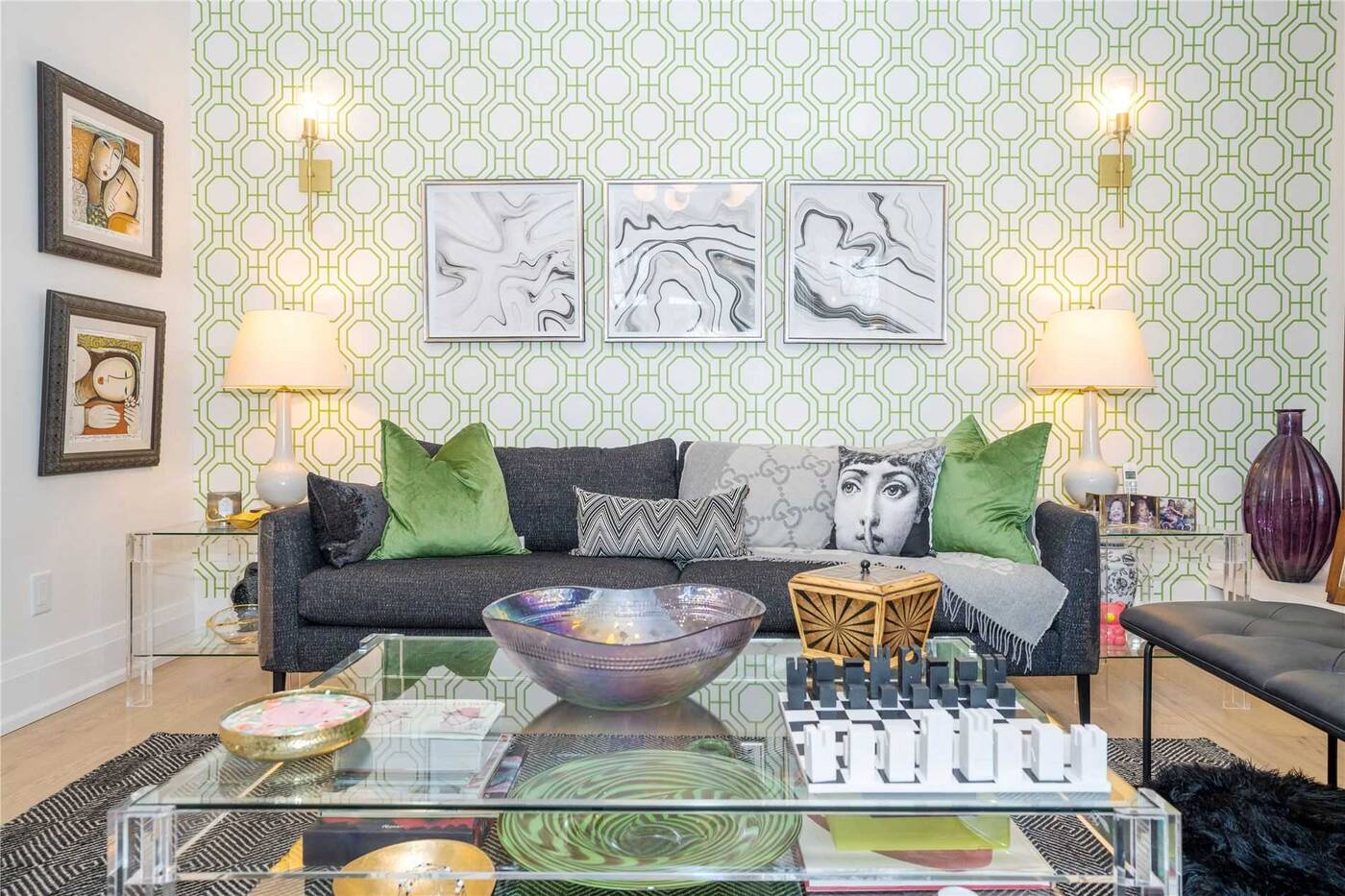 The principal rooms are spacious but cozy and the funky wallpaper adds  a touch of whimsy to the traditional spaces. 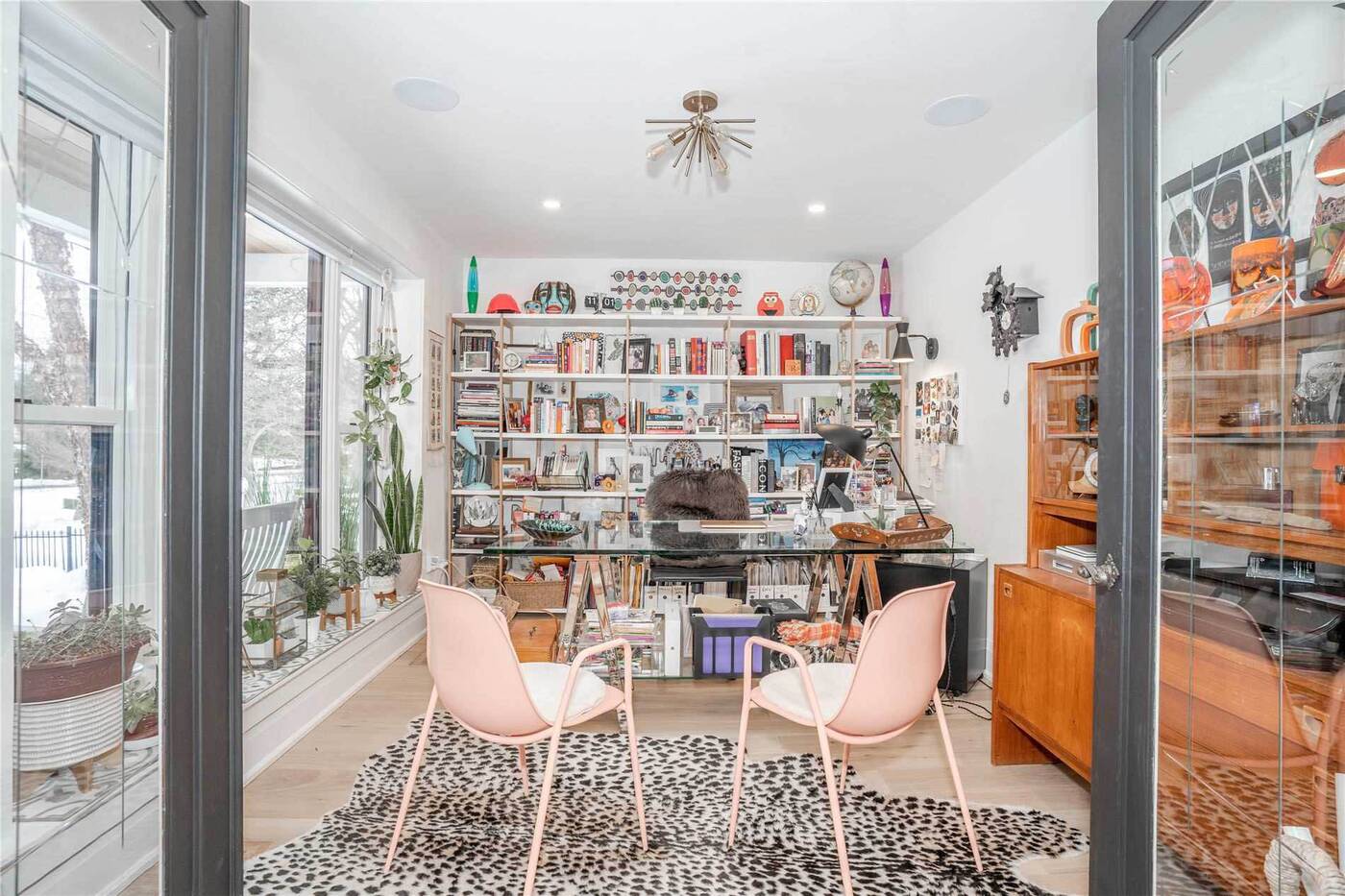 An office space with tons of natural light.

The home has lots of natural light thanks to the abundance of floor-to-ceiling windows and is ideal for entertaining with it's open concept layout. 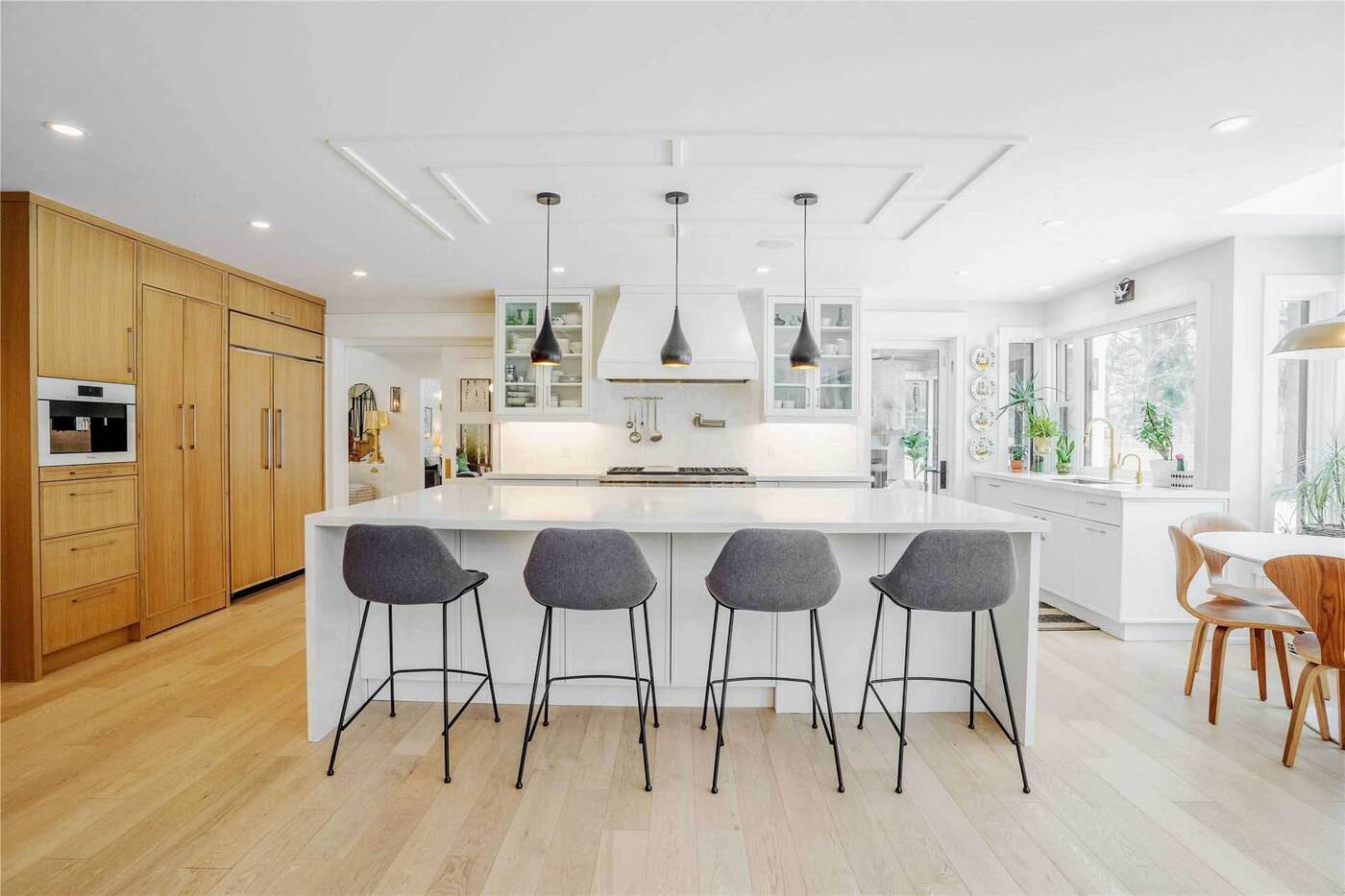 The kitchen is top of the line with chef worthy appliances and additions like a beverage cooler and wine cooler all at arms reach. 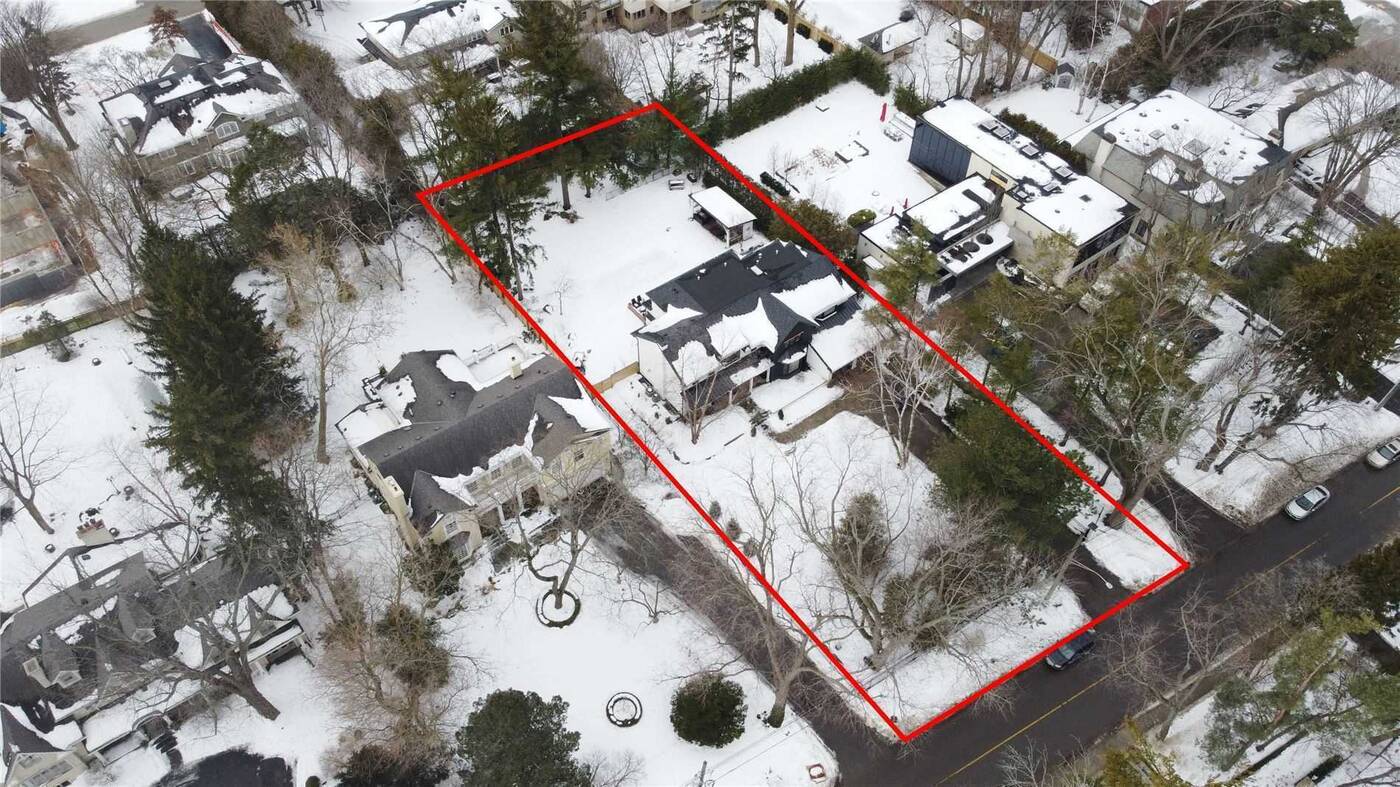 An aerial view of the property.

And when it's not freezing outside, the large swimming pool plus cabana make the perfect backdrop for some epic summer pool parties. 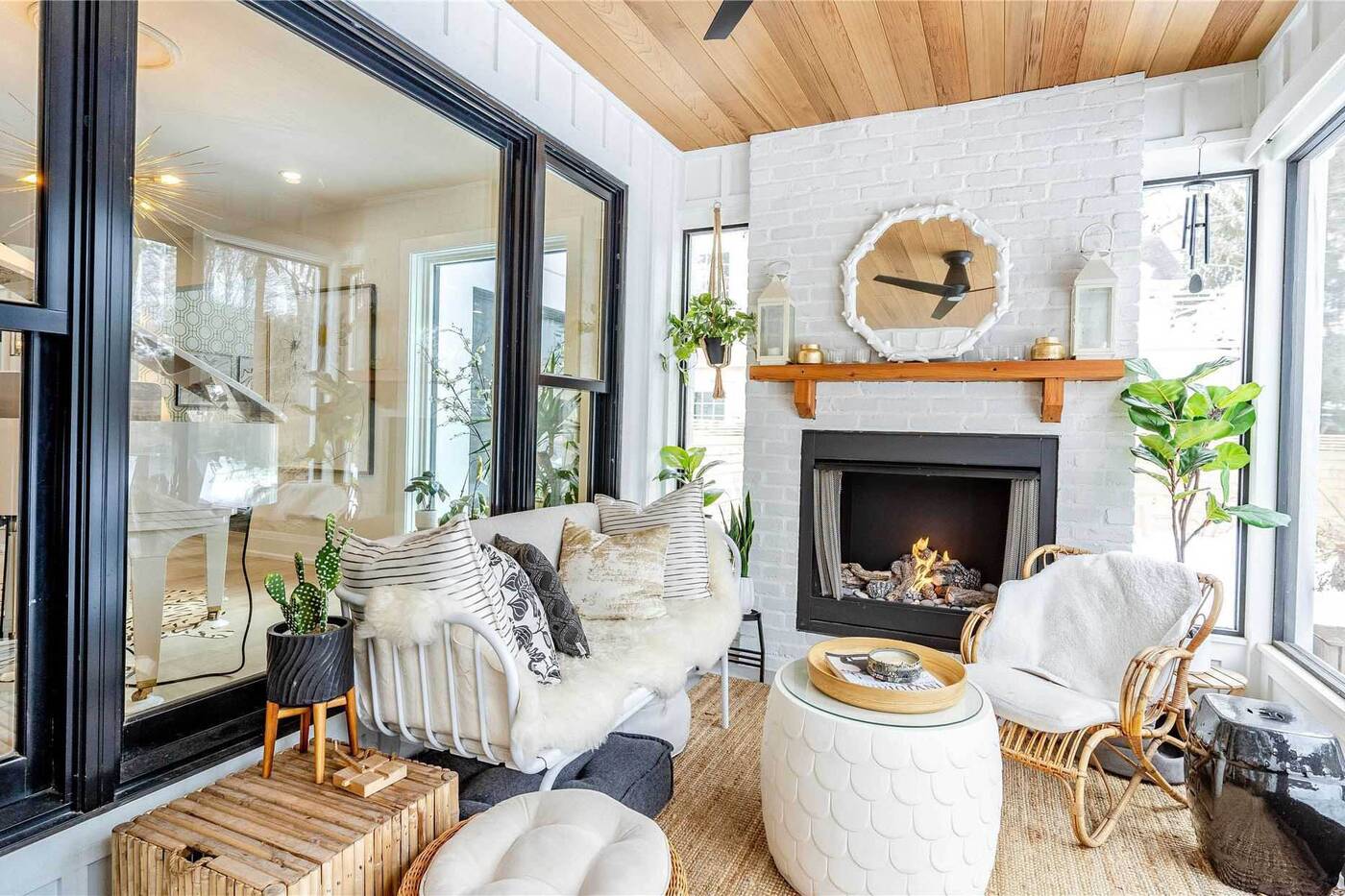 The home also has a Muskoka-like screened room for those in-between seasons where you want to be outside but not outside. 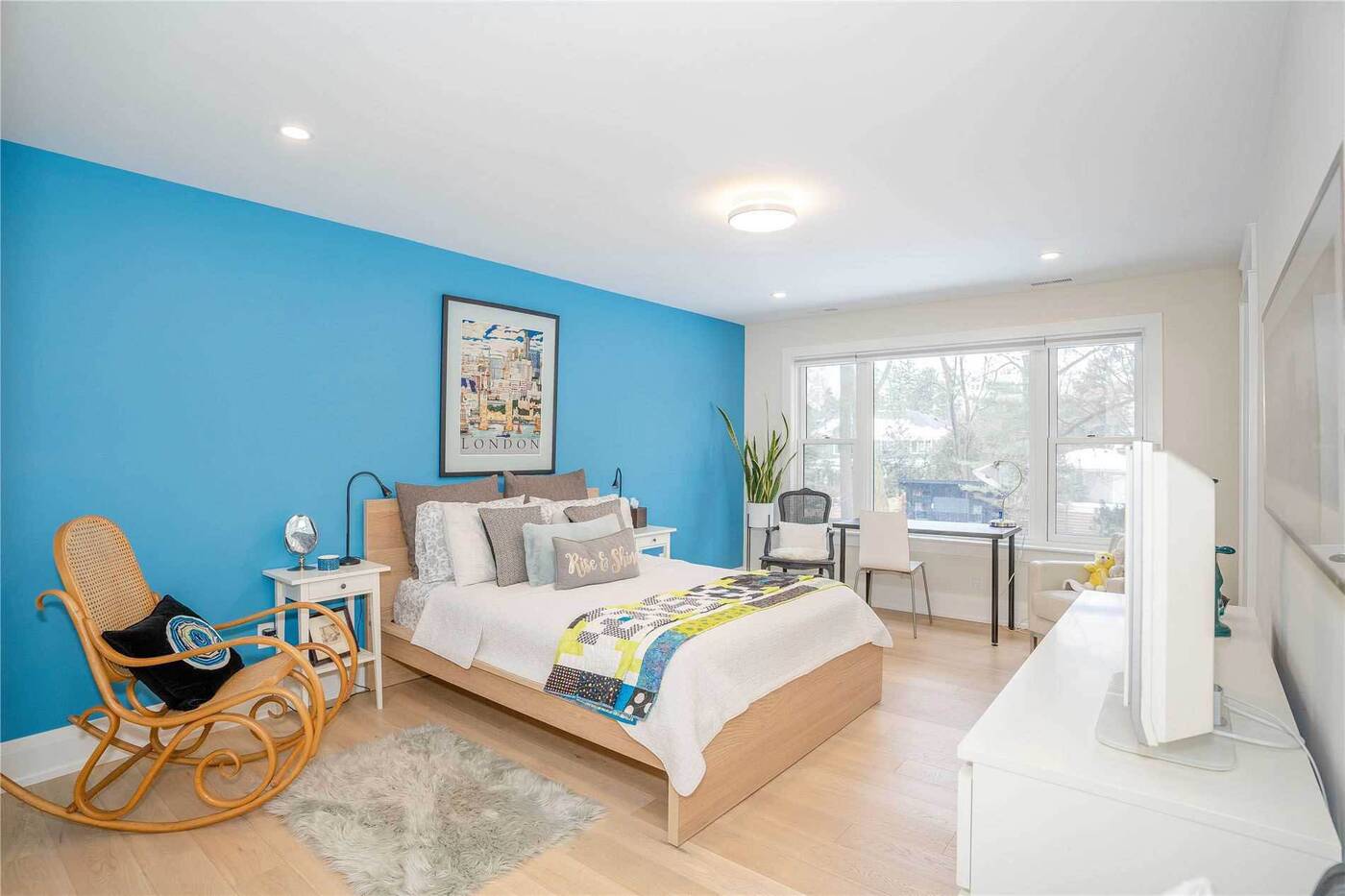 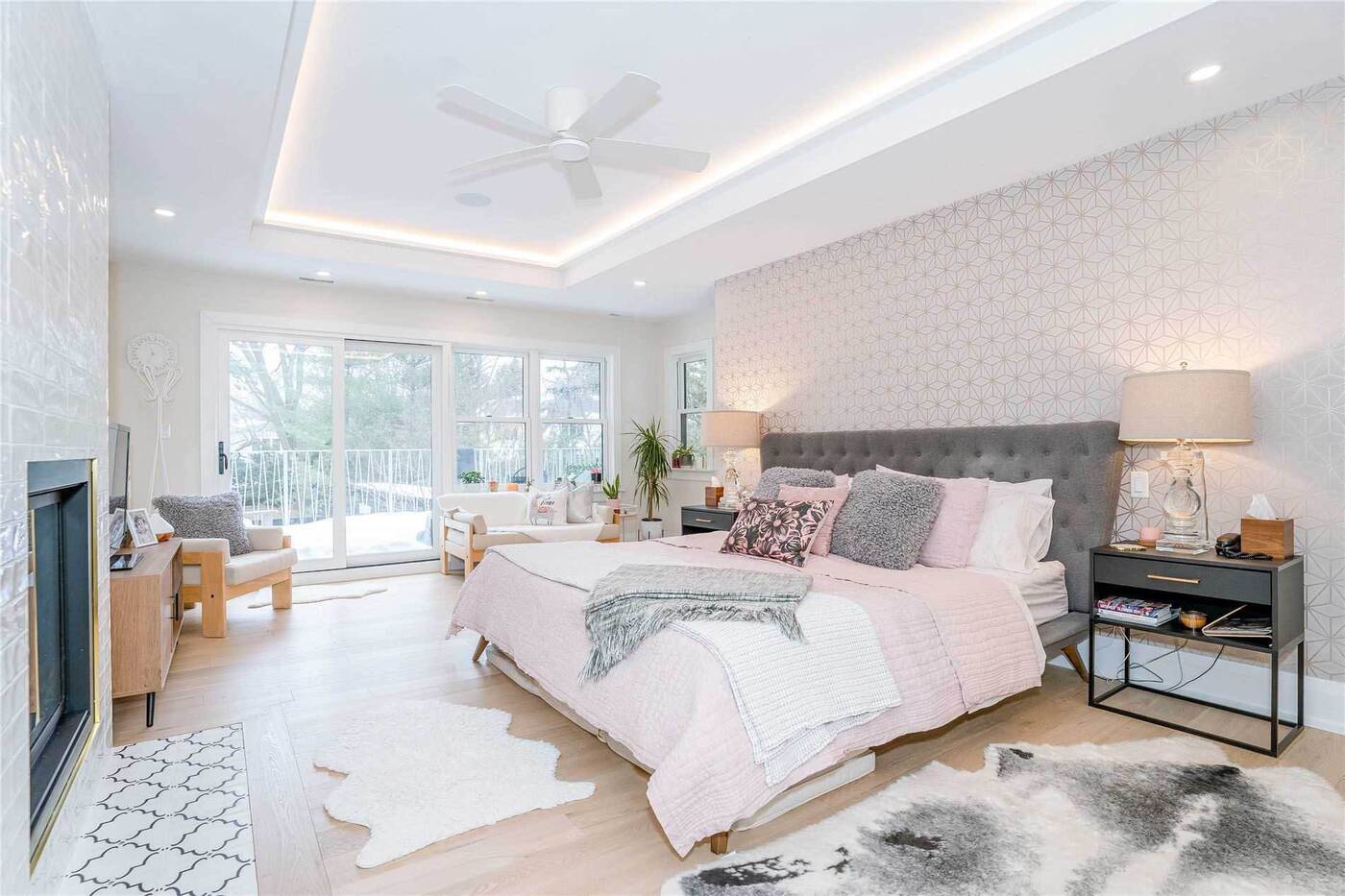 The primary bedroom with a fireplace.

The primary bedroom is luxurious with a walk-out balcony, walk-in closet and spa-like ensuite bathroom. 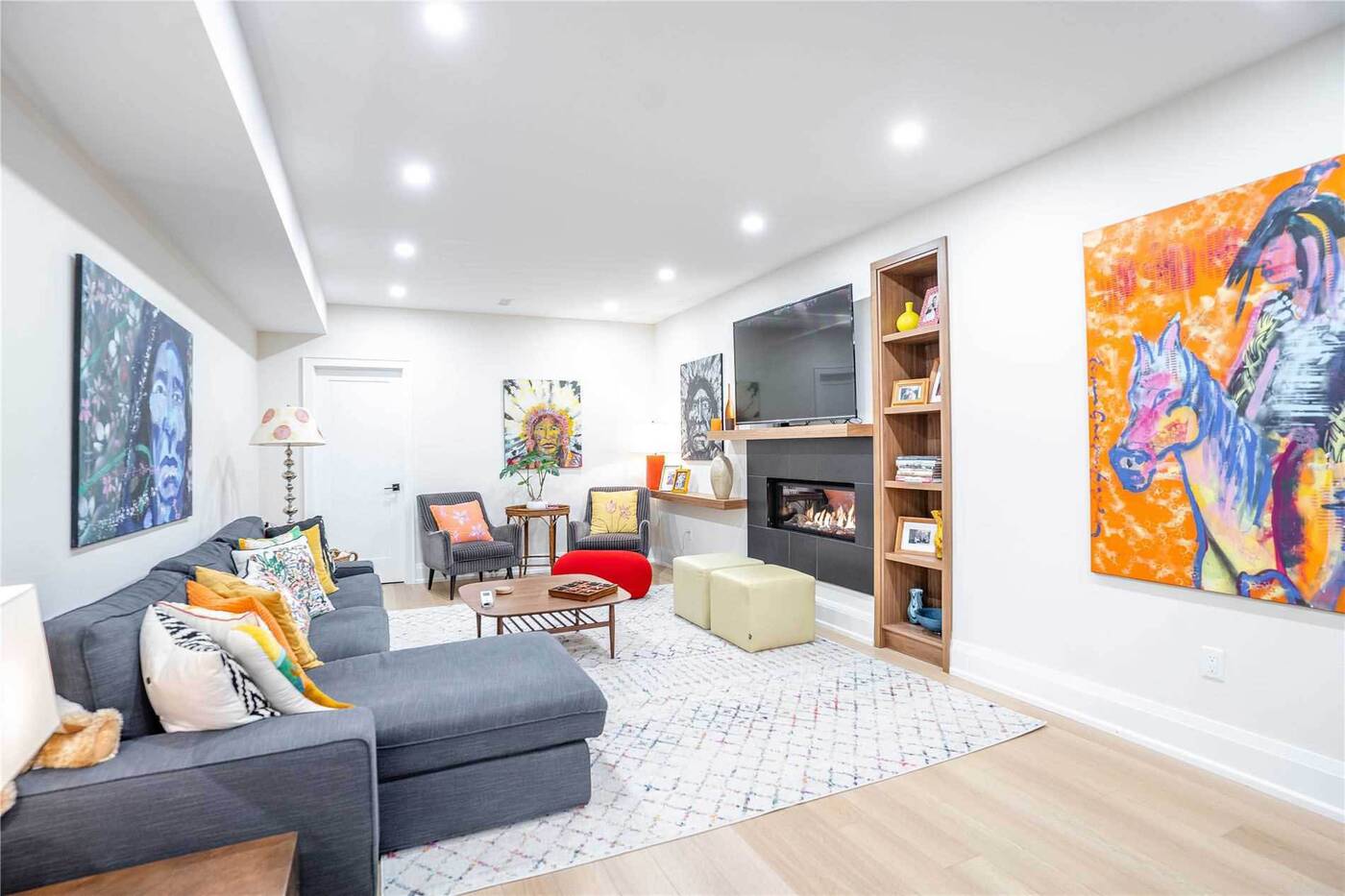 The basement rec room with a built-in bookcase and gas fireplace.

The basement offers more living space with a cozy rec room with a fireplace as well as an additional guest bedroom. 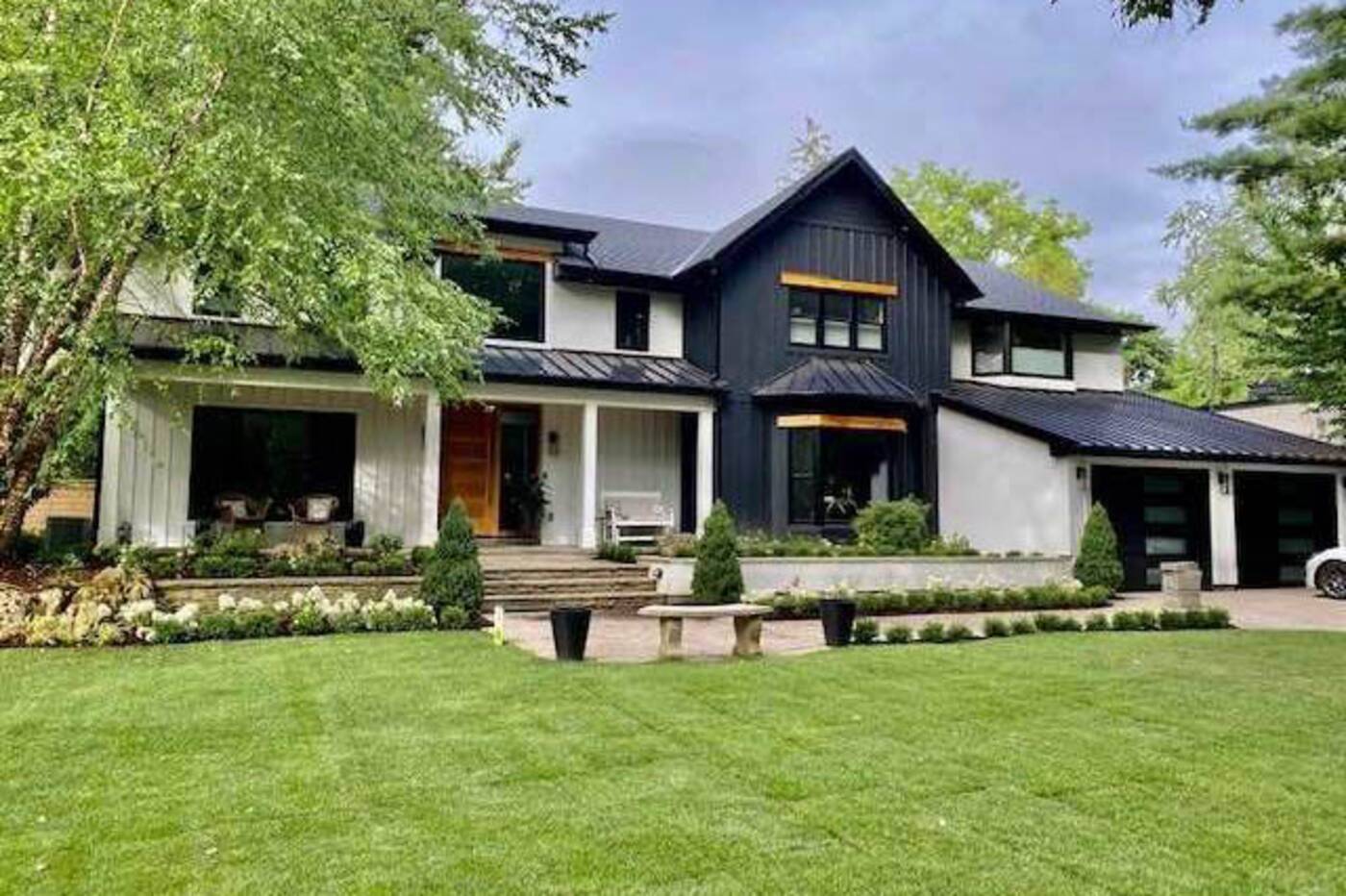 The front of the home.

"It's one of the most unique custom homes I've ever seen. It's one-of-a-kind," concluded Pisapio.