Back in 2020, 1356 Oak Lane sold for $3 million, which is already extravagent for a three-bedroom, three-bathroom bungalow.

But, if we're honest, it was sold for land value as the home does sit on almost two-acres of land in Lorne Park.

"Truly a one of a kind property with the option to build your dream home or possibly sever into two lots!" reads the 2020 listing. 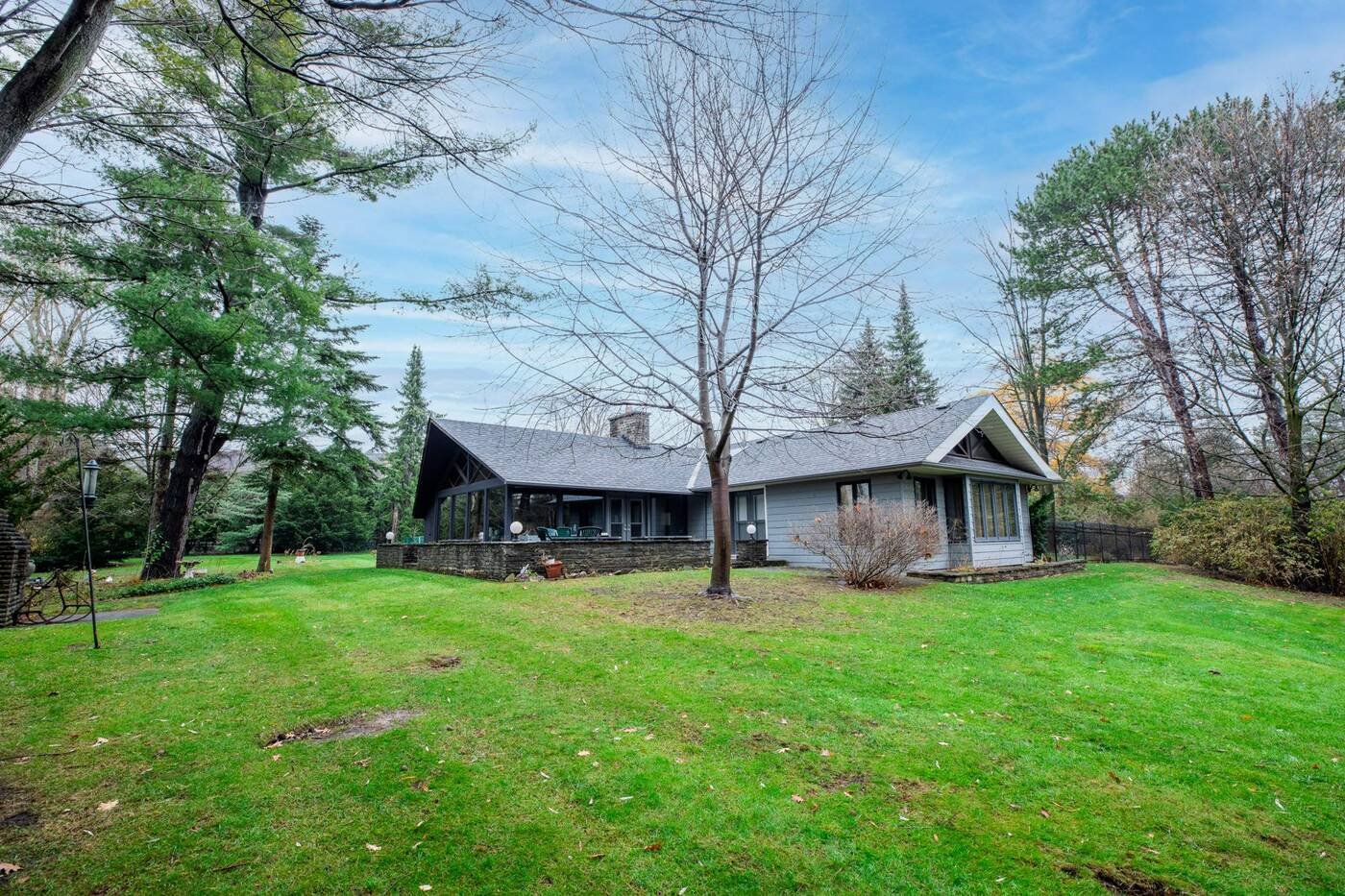 Now, two years later the home is being listed for $4,288,000 and the listing still reads: "Truly a one of a kind property with the option to build your dream home or possibly sever into two lots!" 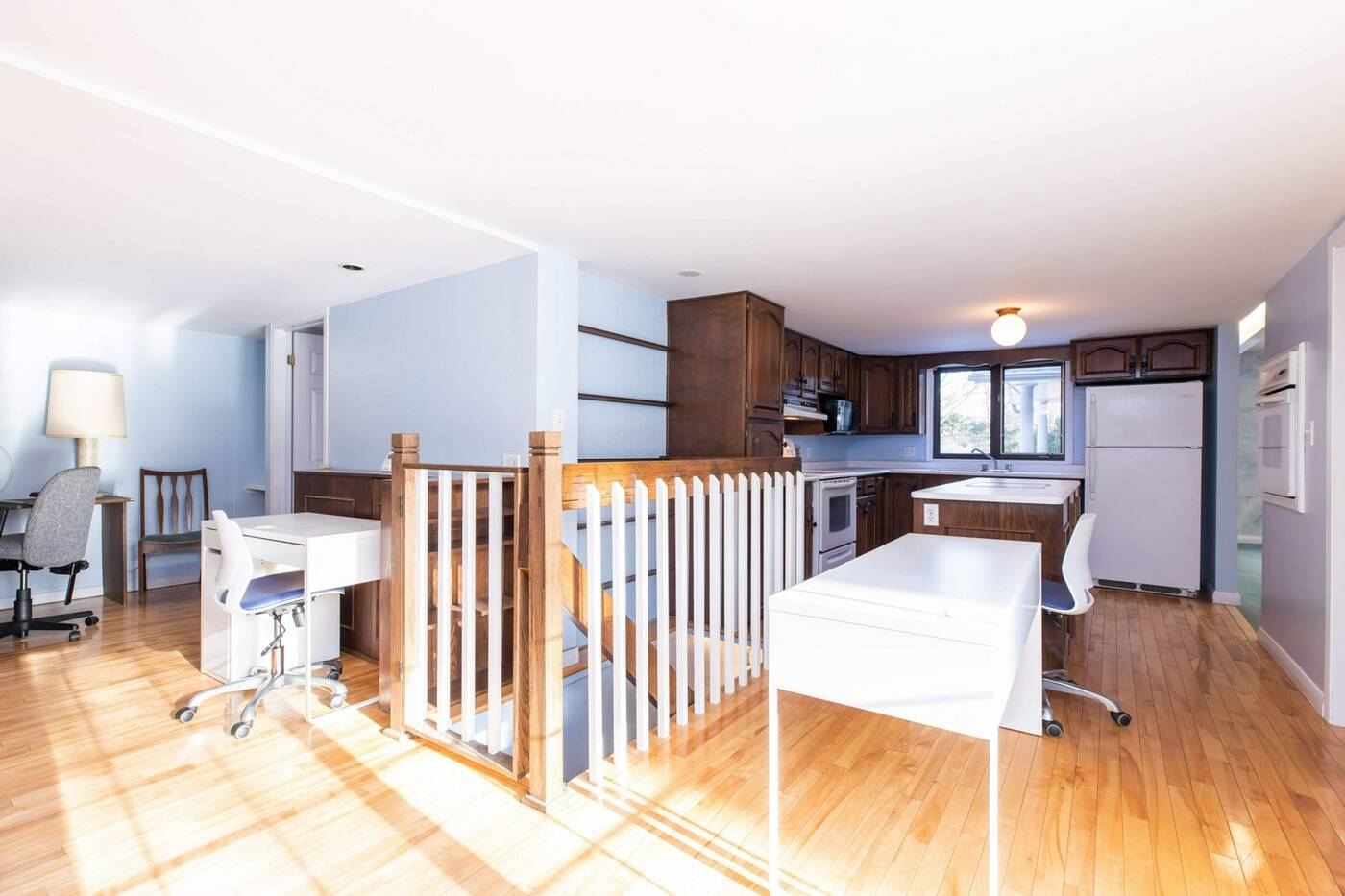 A view of the kitchen and what would be a dining area if there weren't a random assortment of desks.

Usually, when there's a $1 million price jump the home has been renovated or something. But with this home, nothing, and I mean nothing, has been done to improve the property. 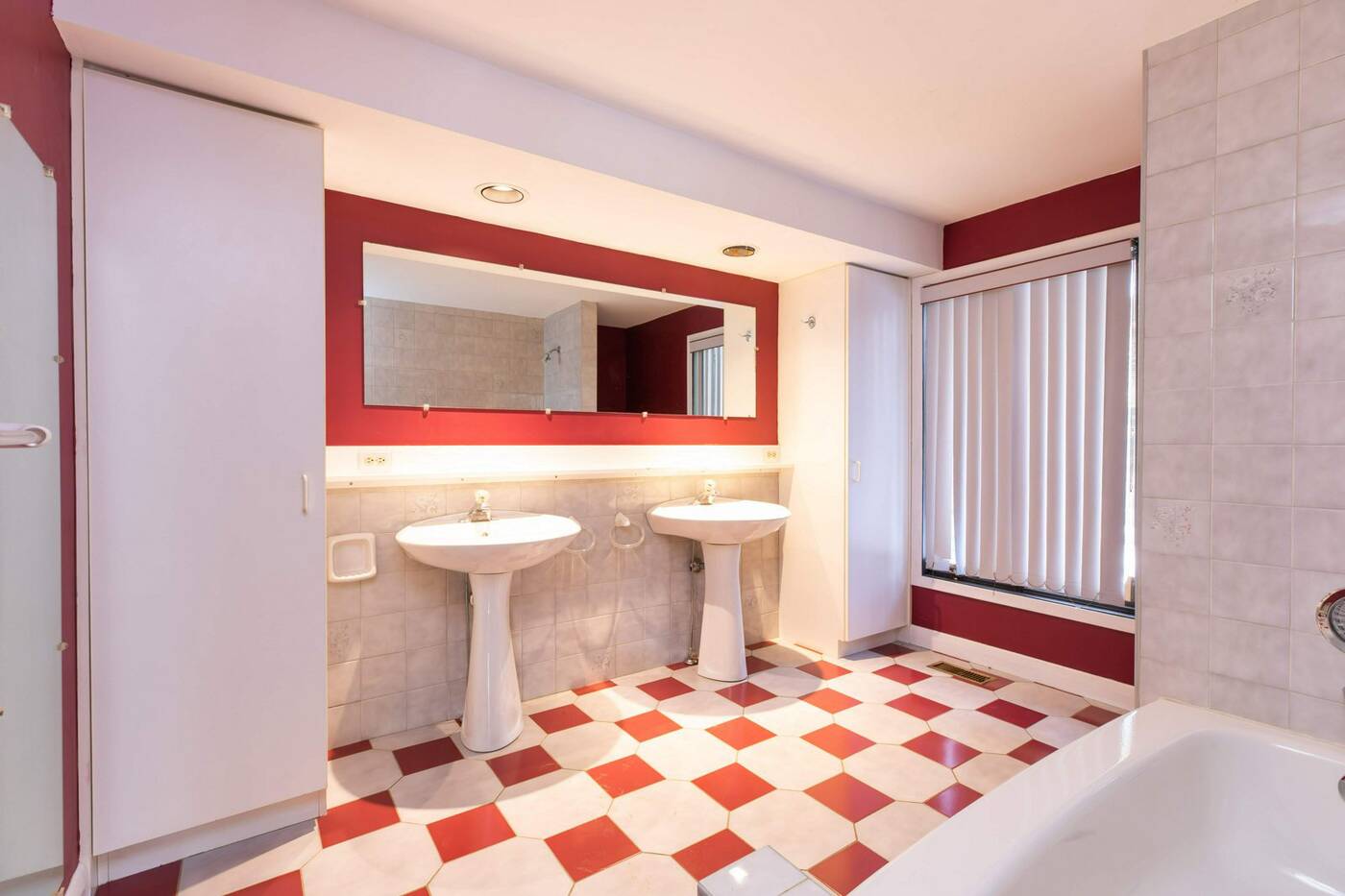 In fact, based on the photos, the home has probably been left empty for the last two years. So if anything it's in worse condition now than it was in 2020. 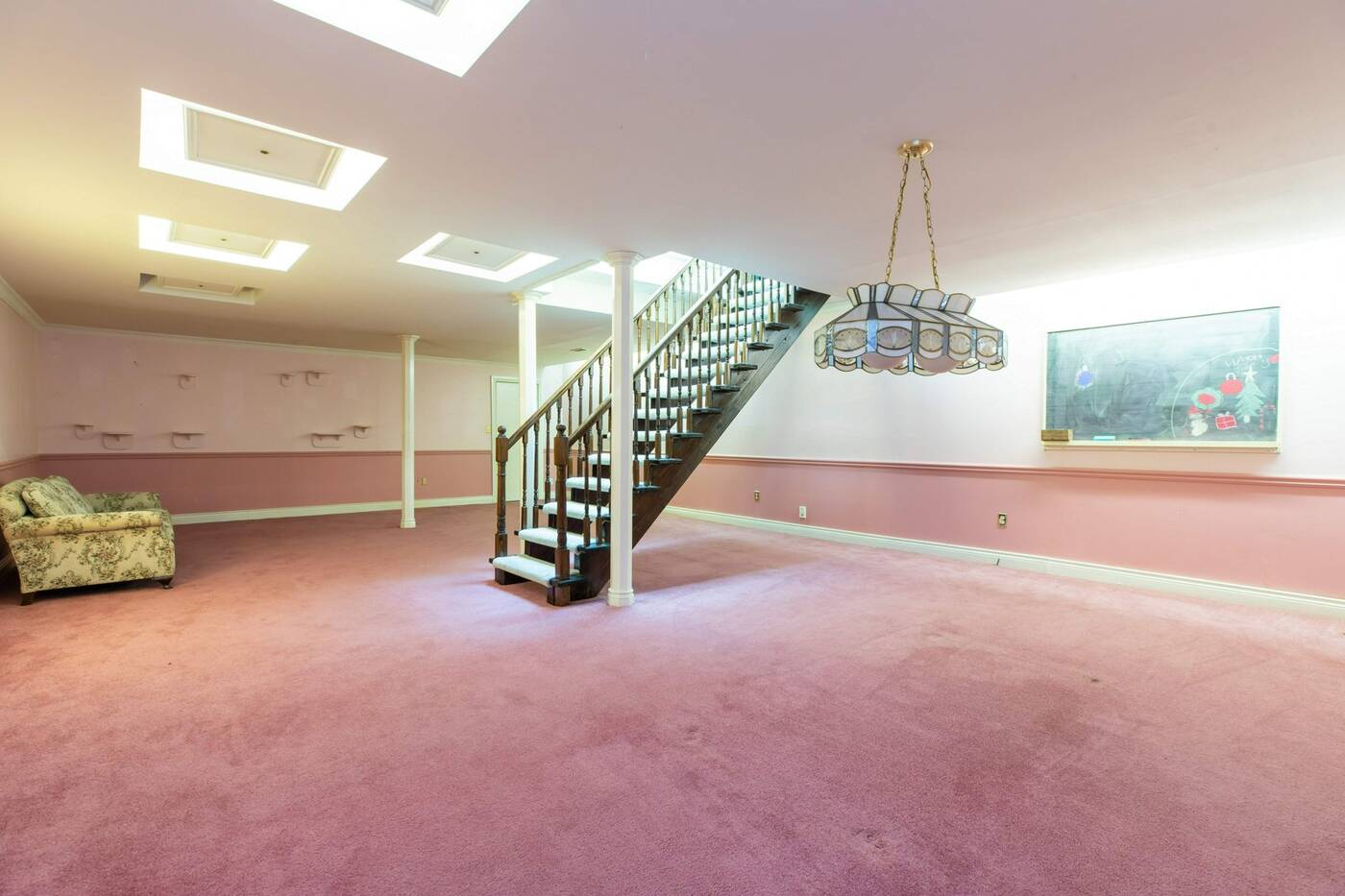 And, while the listing does say the home comes in "as is" condition, that condition is – to put it nicely – passé. 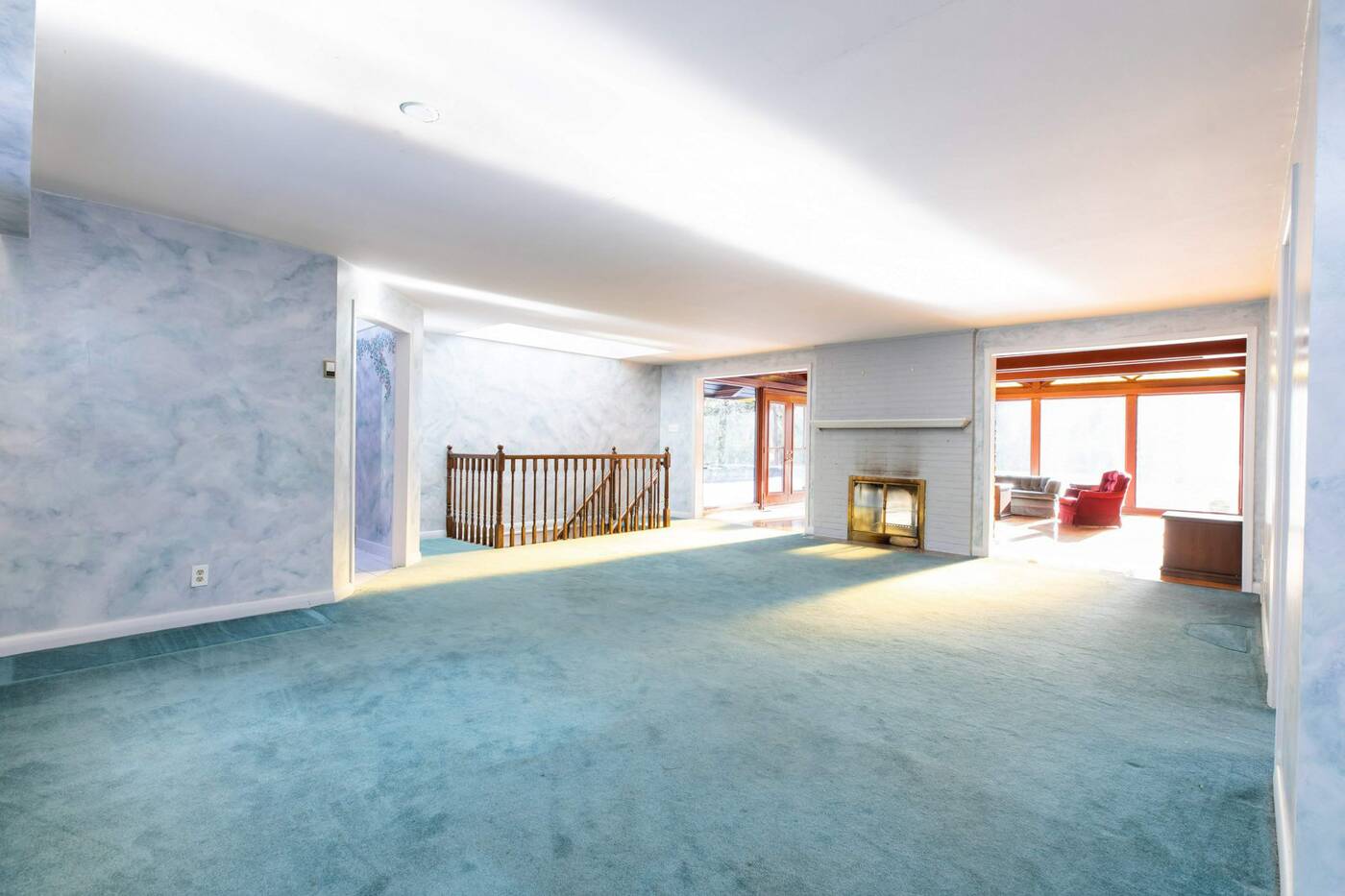 The living room with cloud walls.

The interior has dated wallpaper, strange coloured rugs and a lot of wood panelling in the living room. 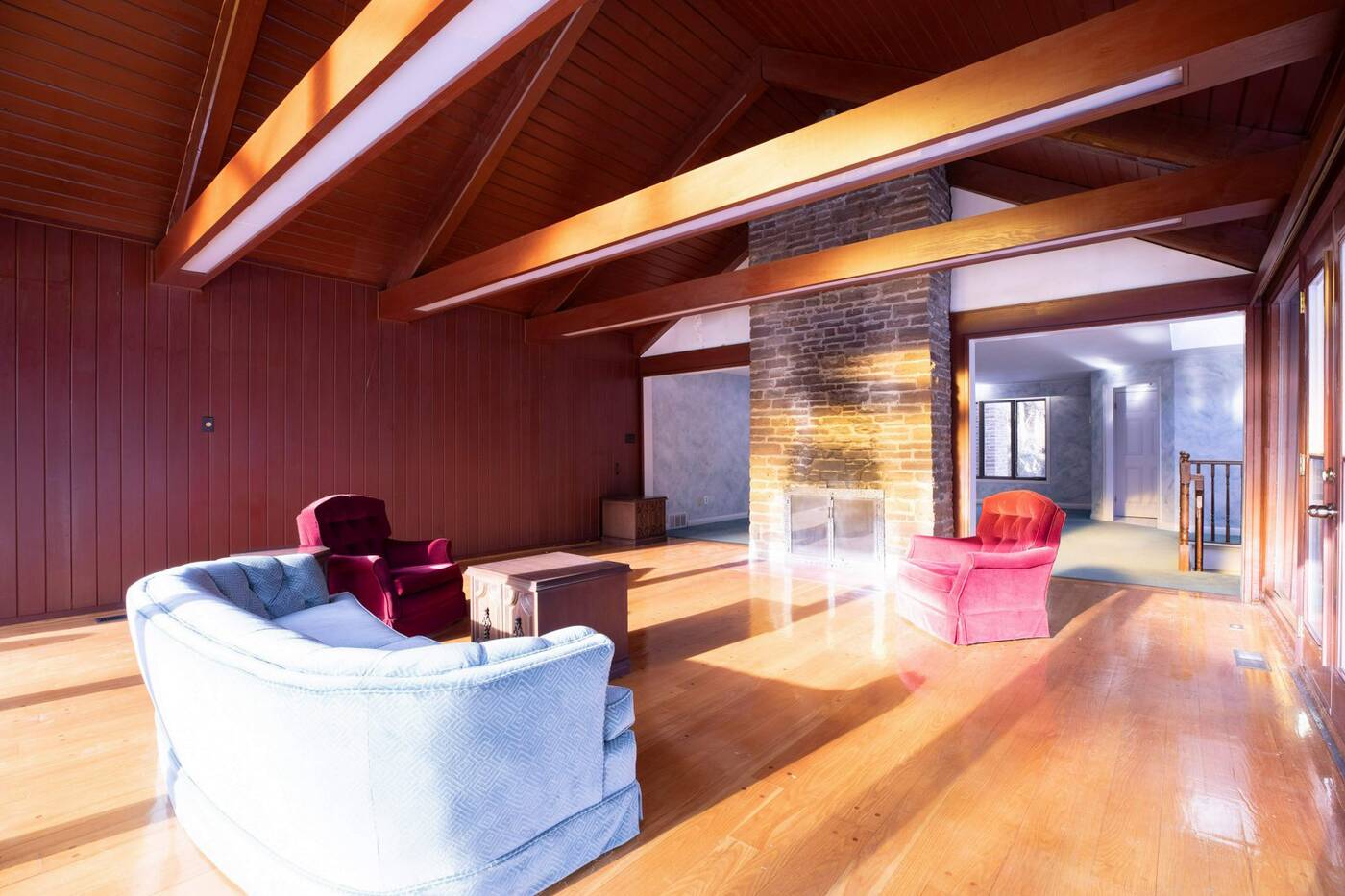 Although, the living room might be so old fashioned it's coming back in style again. The vaulted ceilings are pretty stunning. 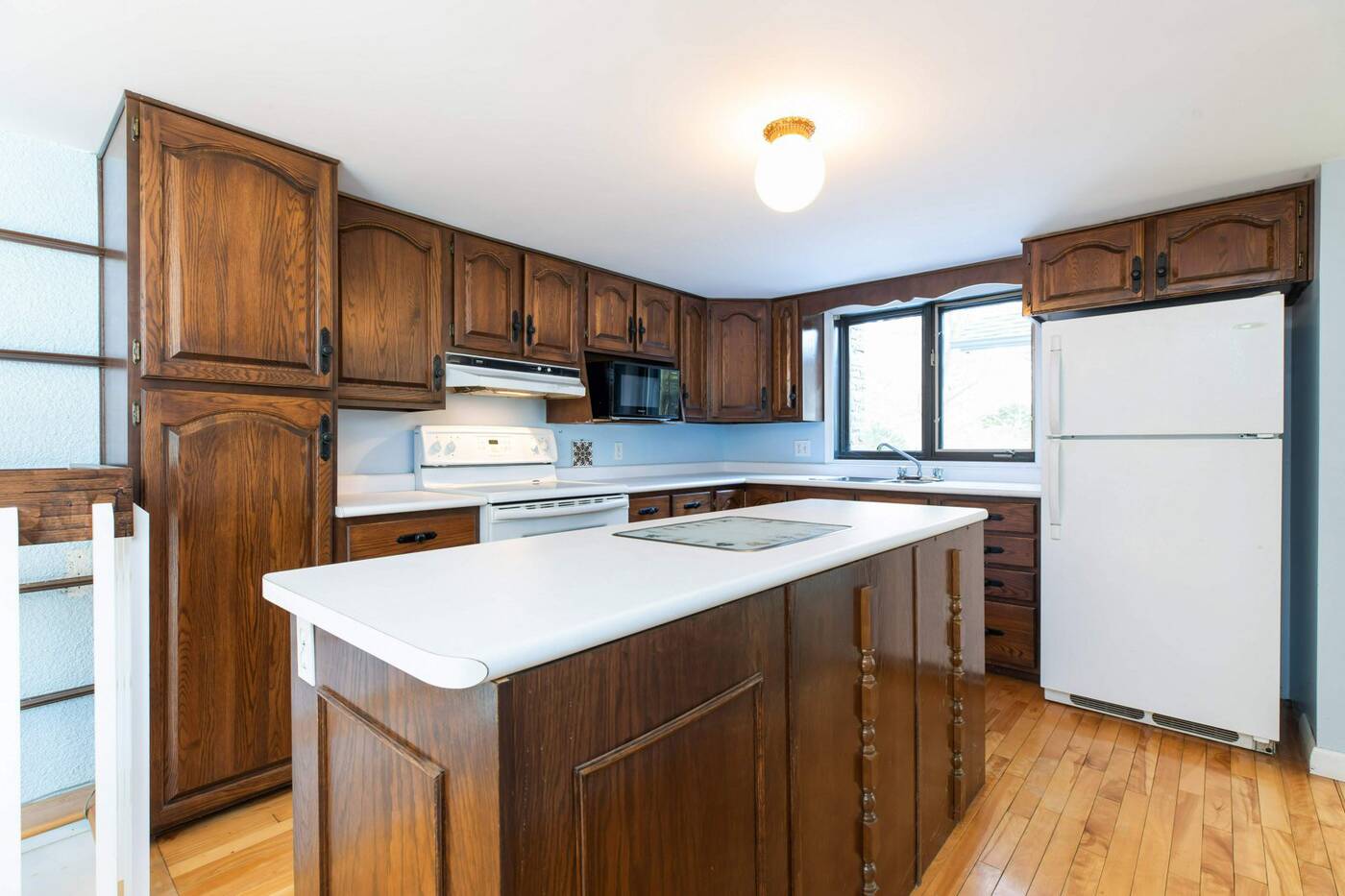 The kitchen is unsurprisingly outdated but surprisingly very small for a home of this price bracket. 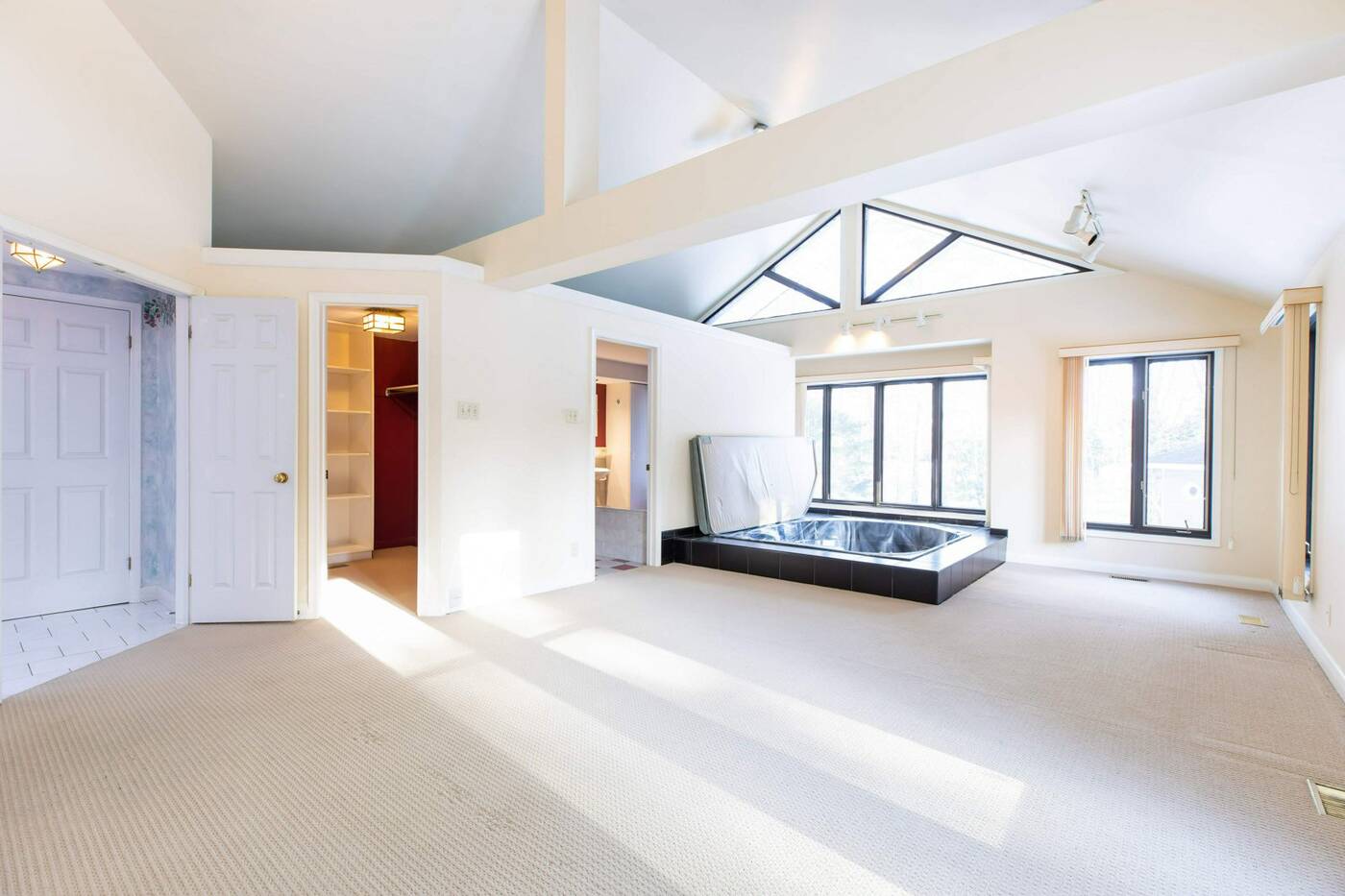 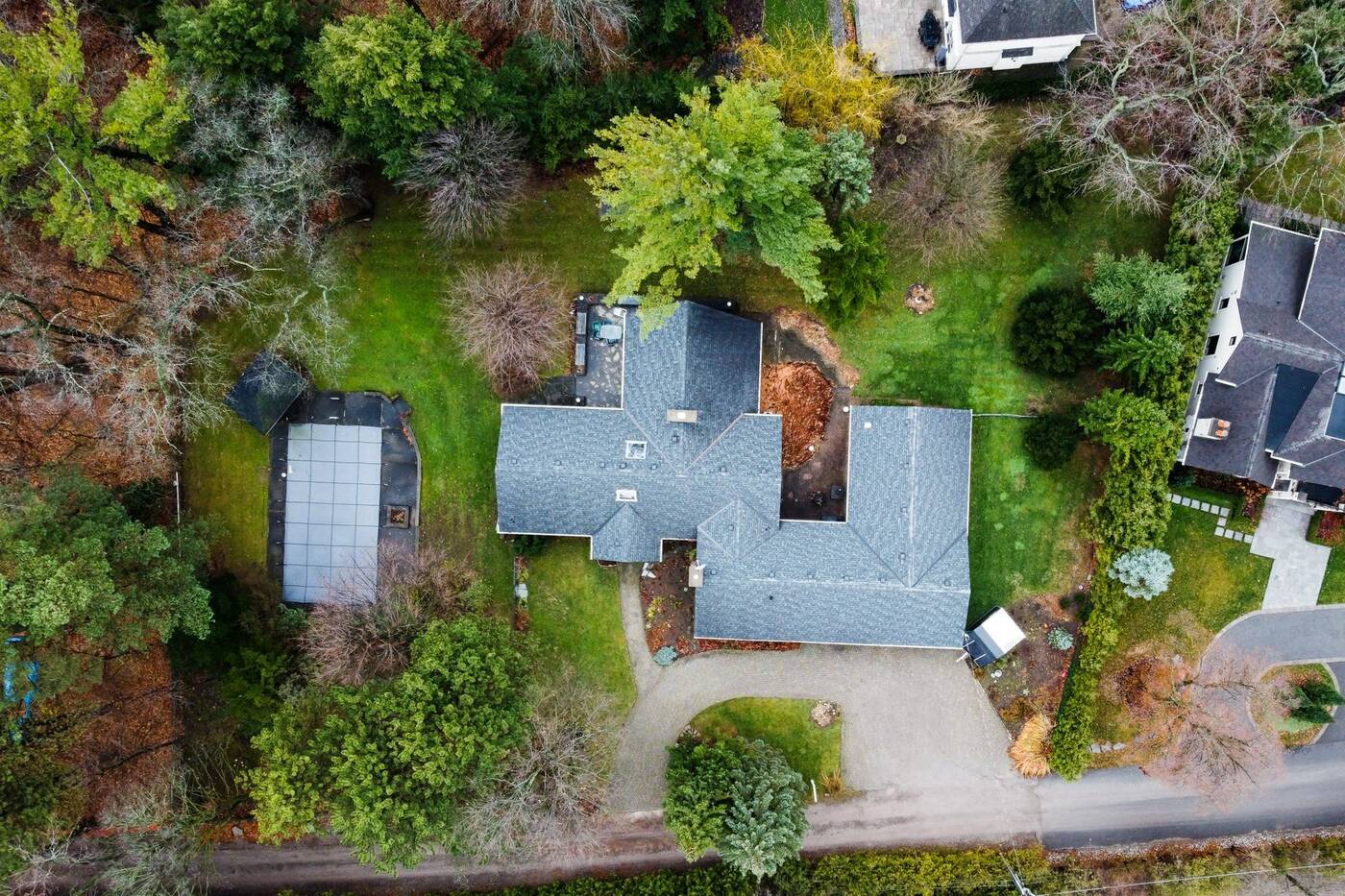 An aerial view of the property.

But regardless of how weird or out of style the interior is, it doesn't matter because this home is still being sold for land value. 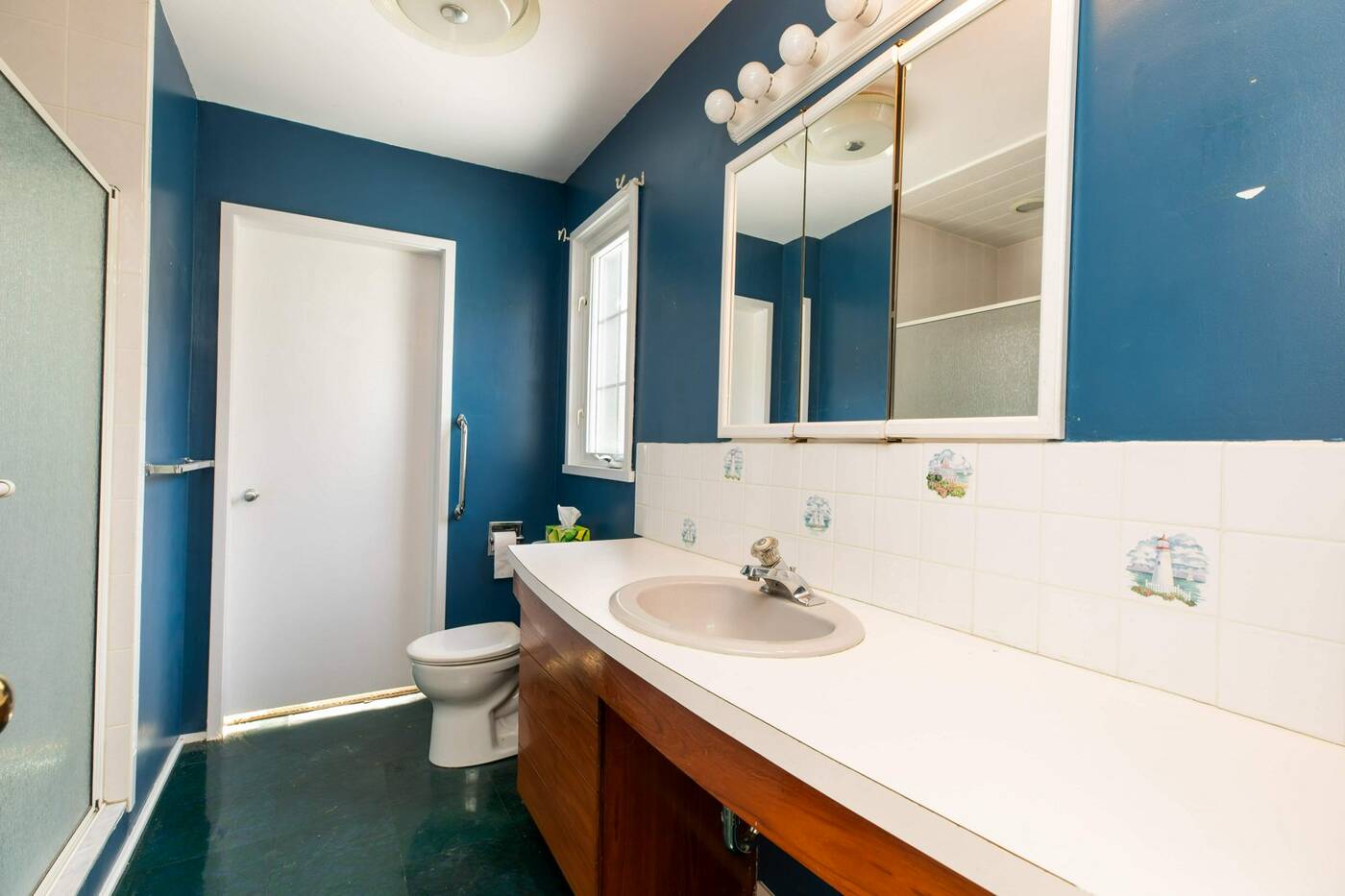 And apparently the price of land went up 30 per cent in two years - or at least it did at 1356 Oak Lane.