This $1.4 million condo in Toronto has original Neogothic church details

While 701 Dovercourt Road once had a holy function, the hard lofts that now take up residence in the old church are homes deserving of worship, and this unit is no exception.

The stylish and contemporary two-storey loft is listed for $1,399,999 and boasts two-bedrooms, two bathrooms, plus plenty of character thanks to its historical roots.

The church was originally constructed in 1906 and designed by Burke & Horwood to house the Centennial Methodist Church. There was also an extension added by Horwood & White in 1921. 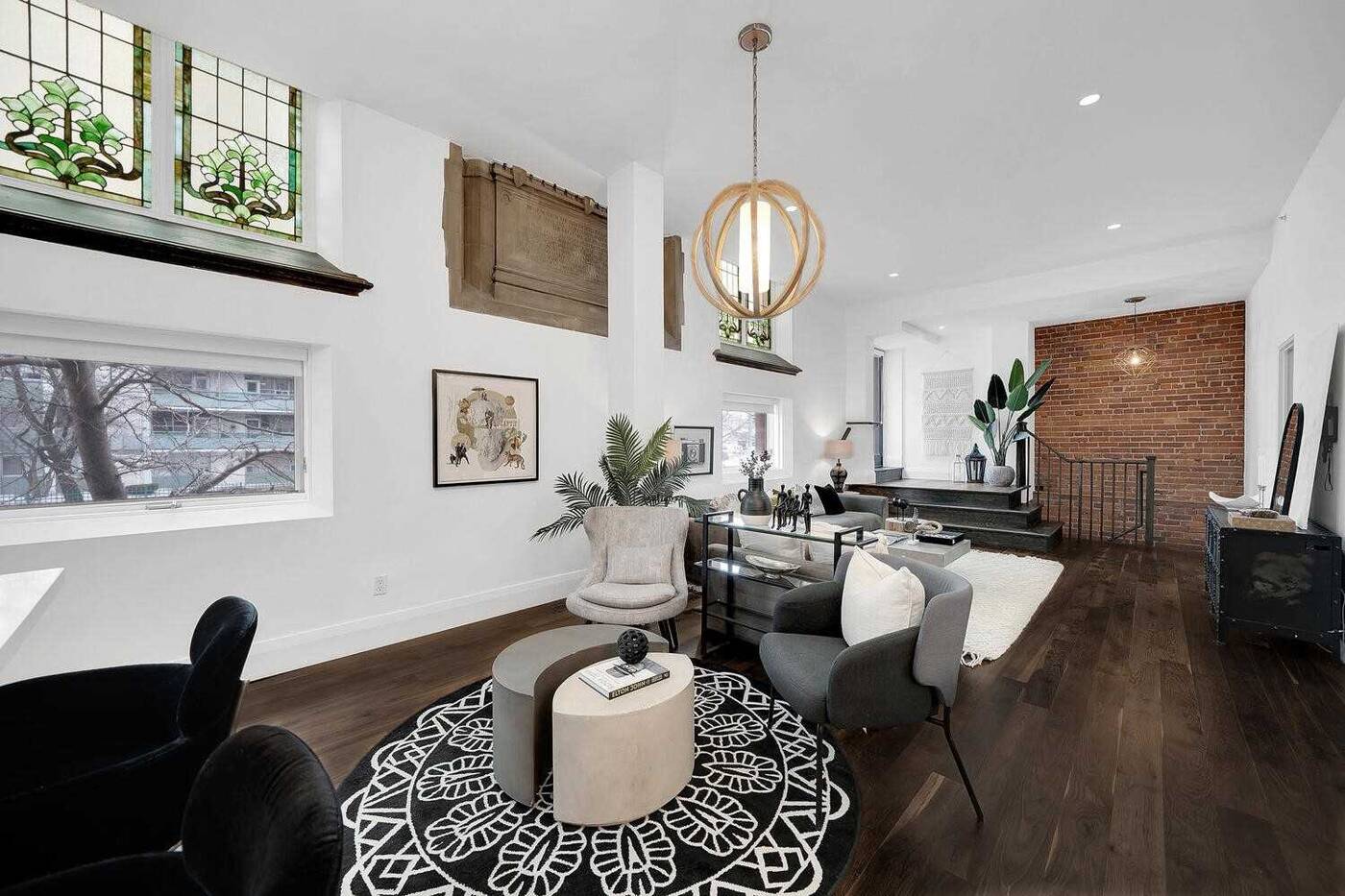 The church was built in the Gothic Revival architectural style, known for its decorative patterns, finials, and hood moulds. 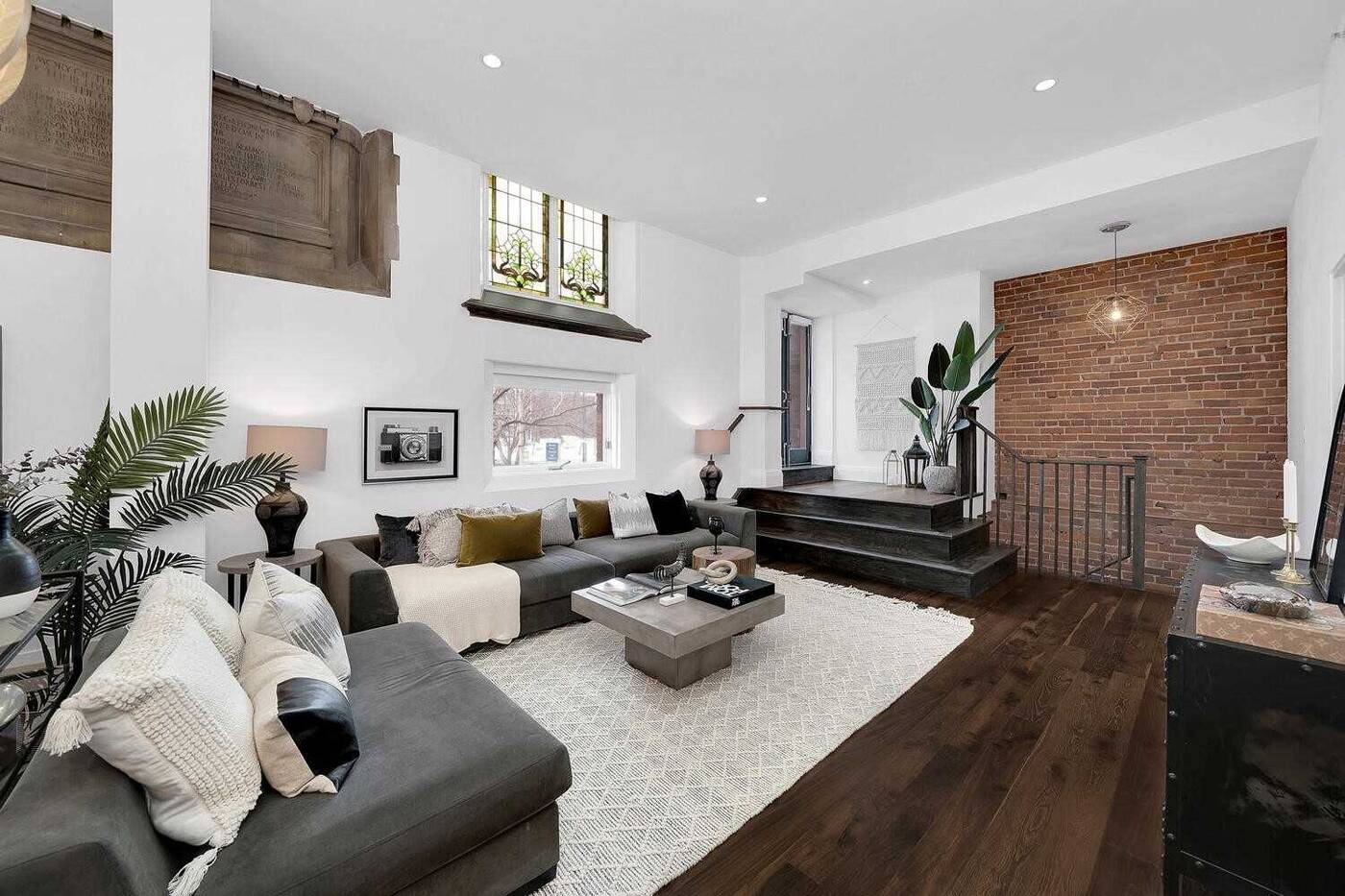 Some of those period details, such as the arched windows and exposed brick work, are found inside this apartment. 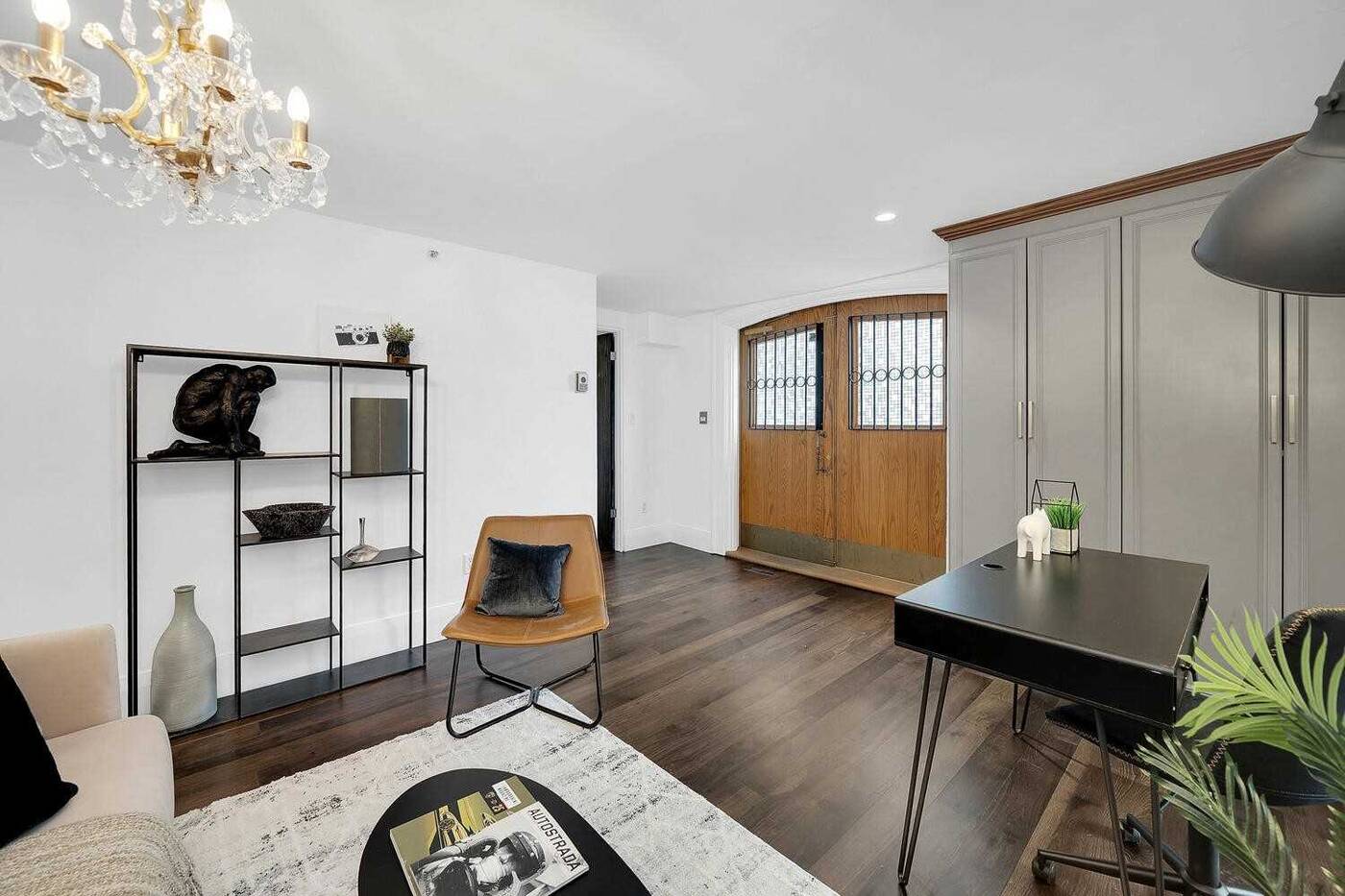 This unit also has a First World War memorial plaque as well as the original church doors. 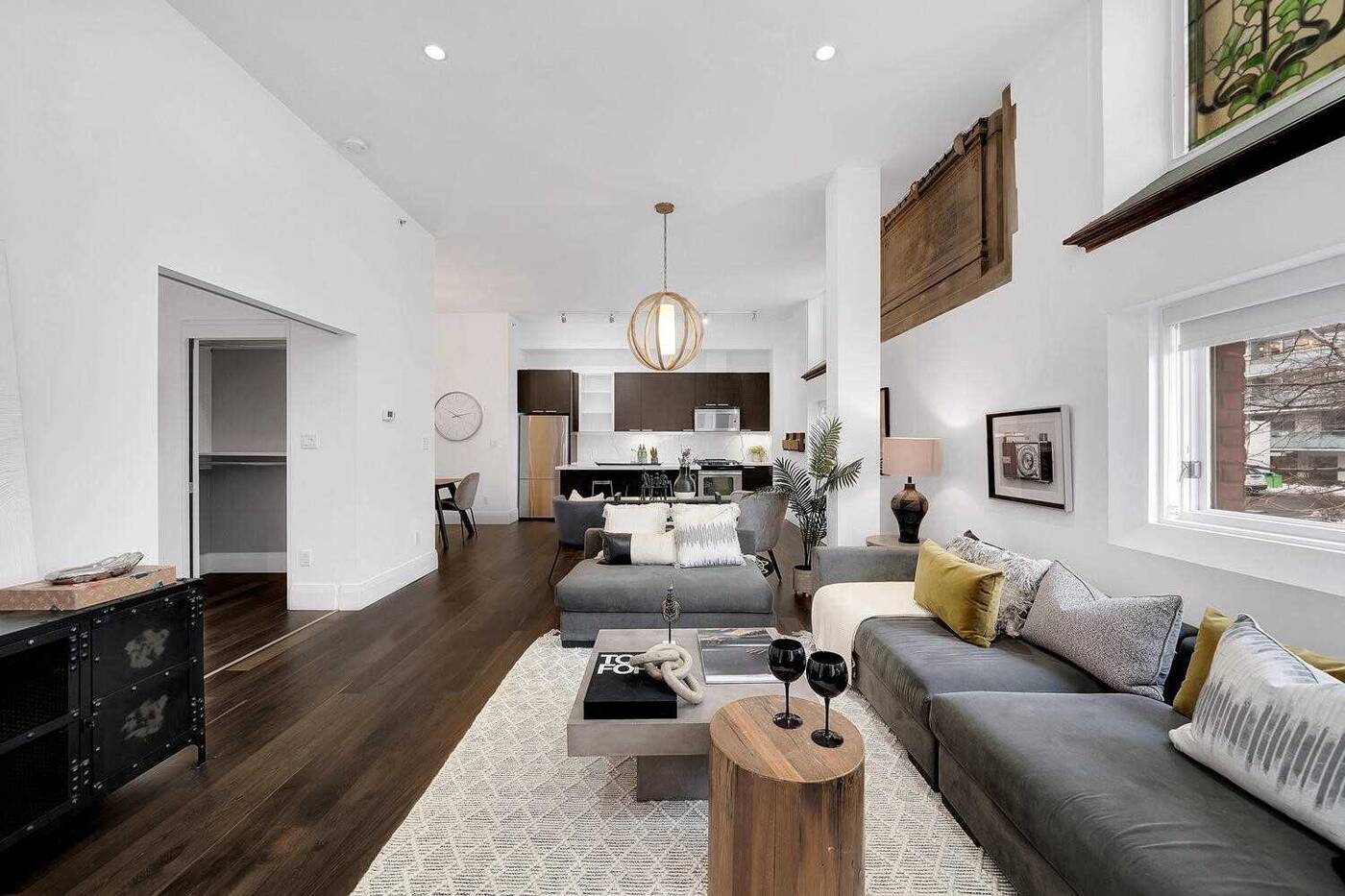 But when the church was converted into condos in 2010, the units were also modernized. 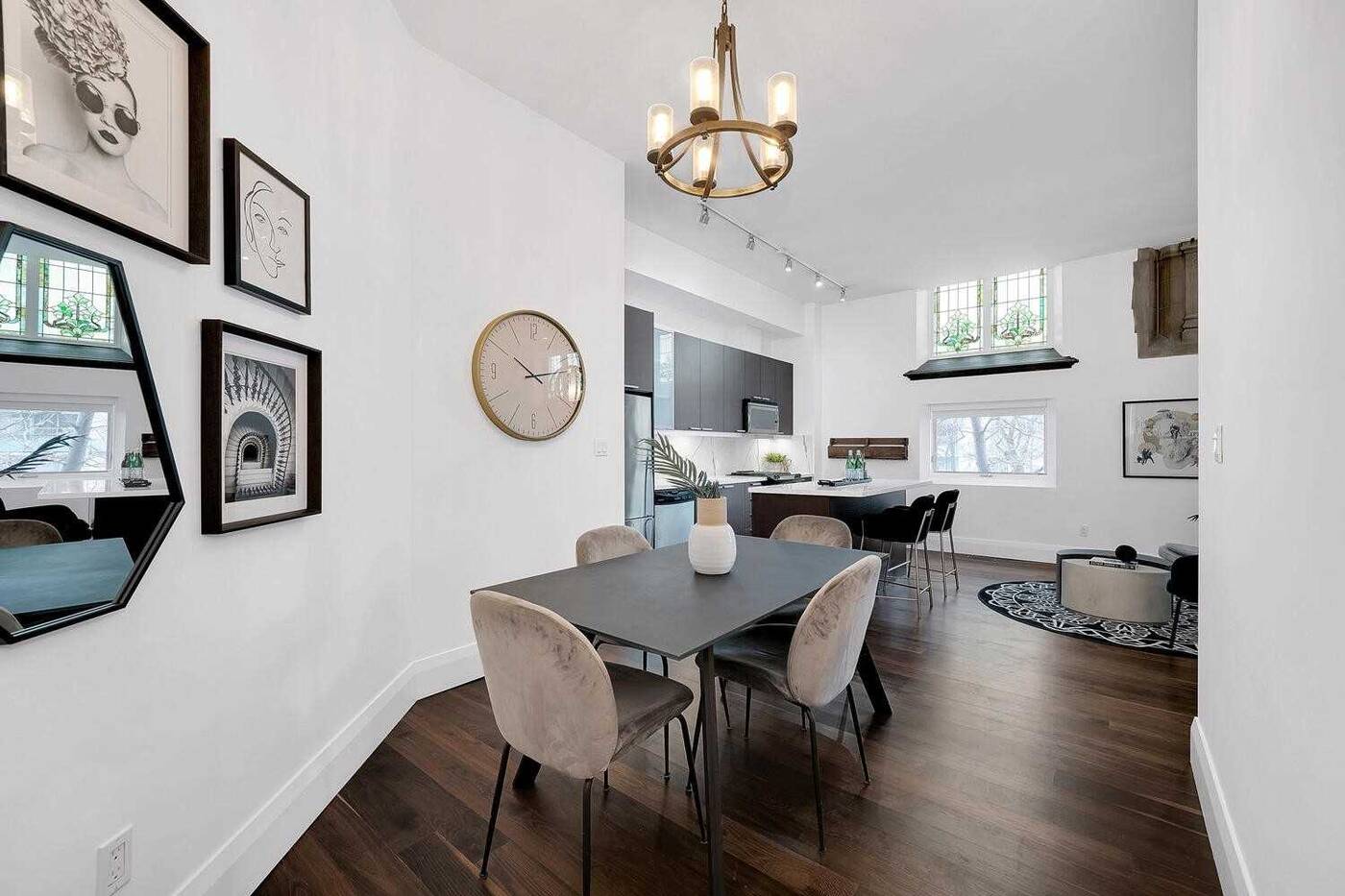 The view from the entrance.

When you walk into this apartment, you'll notice the open concept layout and the modern kitchen with stainless steel appliances. 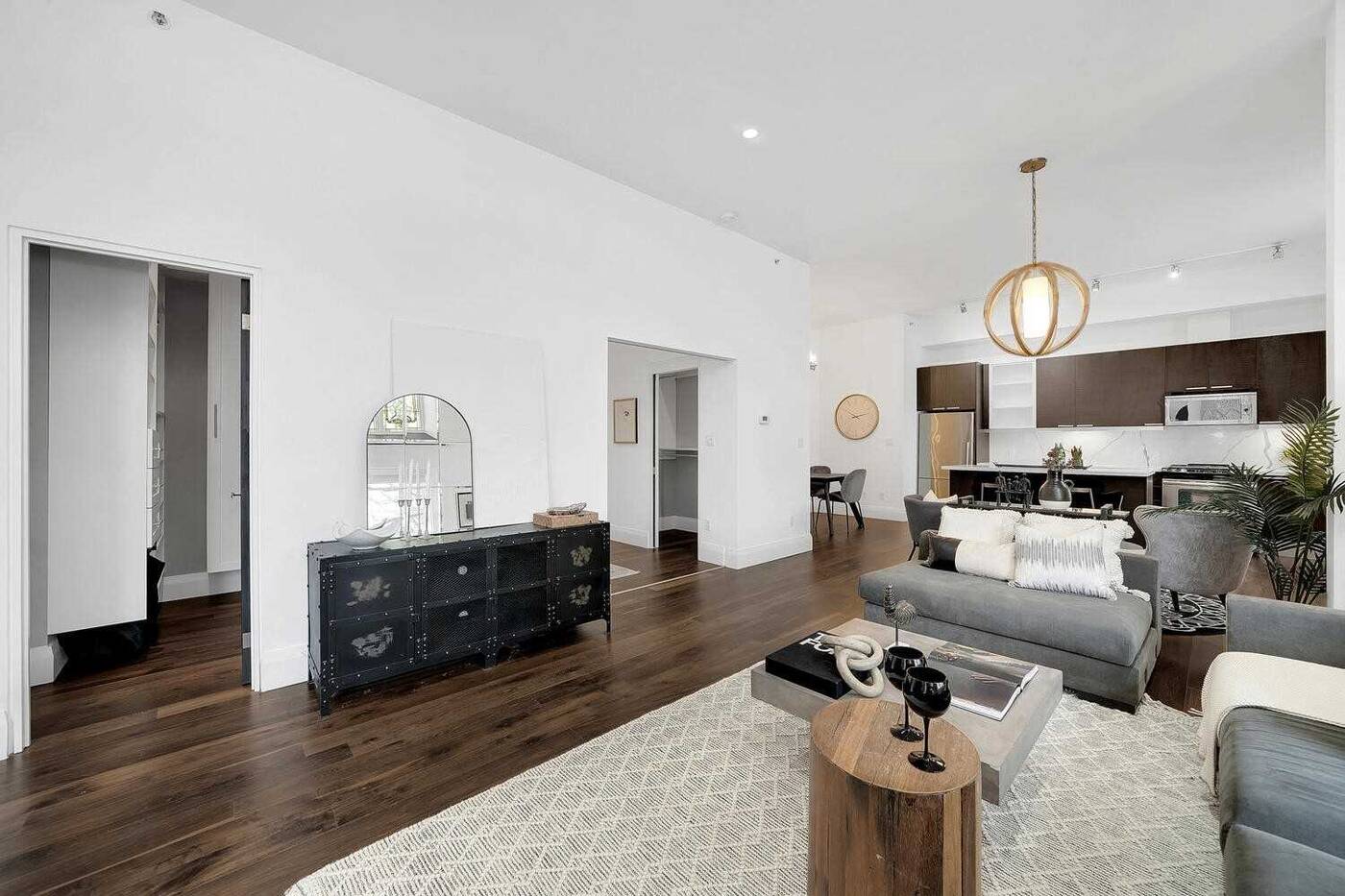 The sitting room is bright and airy, with plenty of space for entertaining. 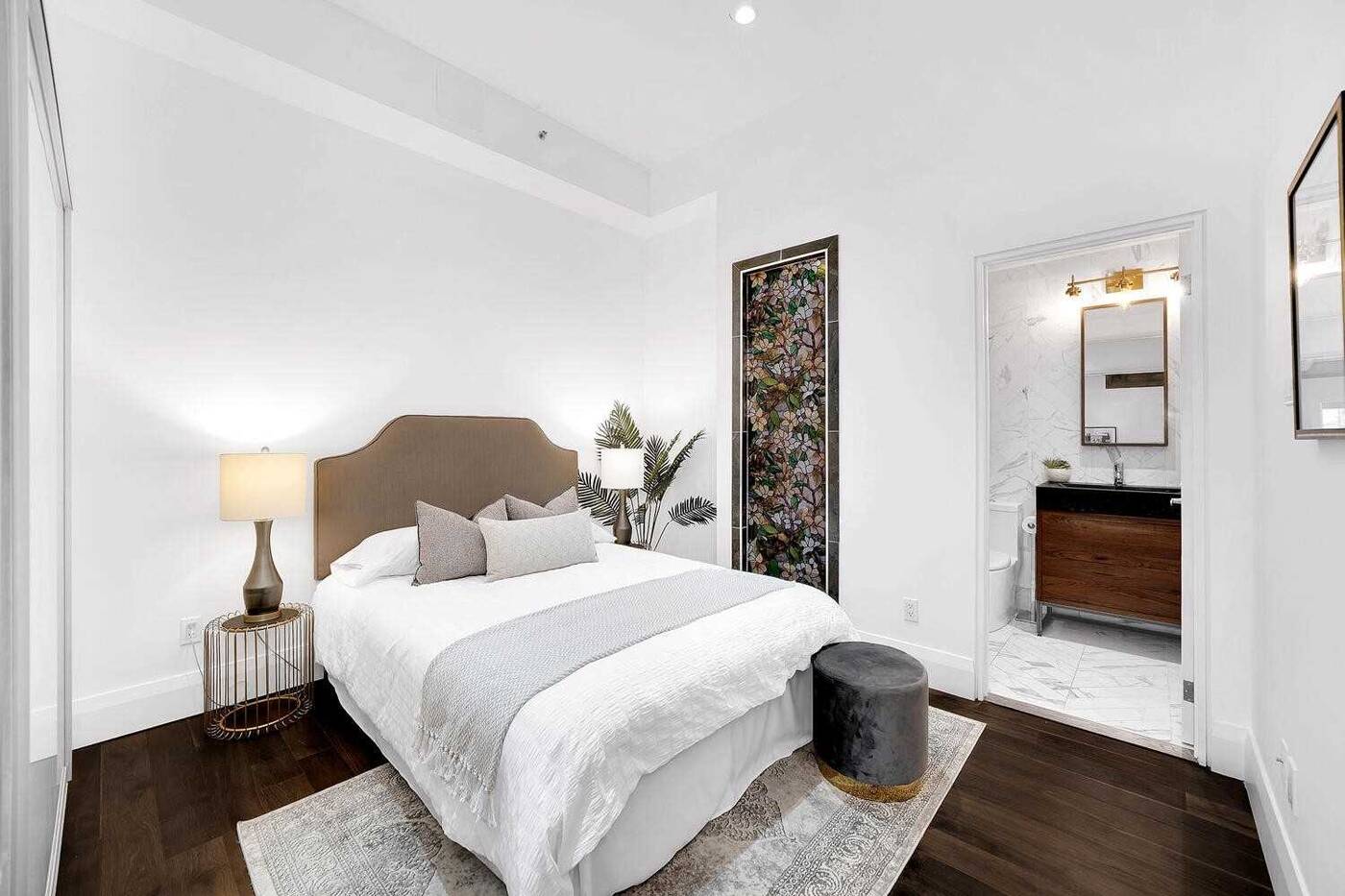 On the main level of the condo there's also the primary bedroom, which is complete with a walk-in closet and ensuite bathroom. 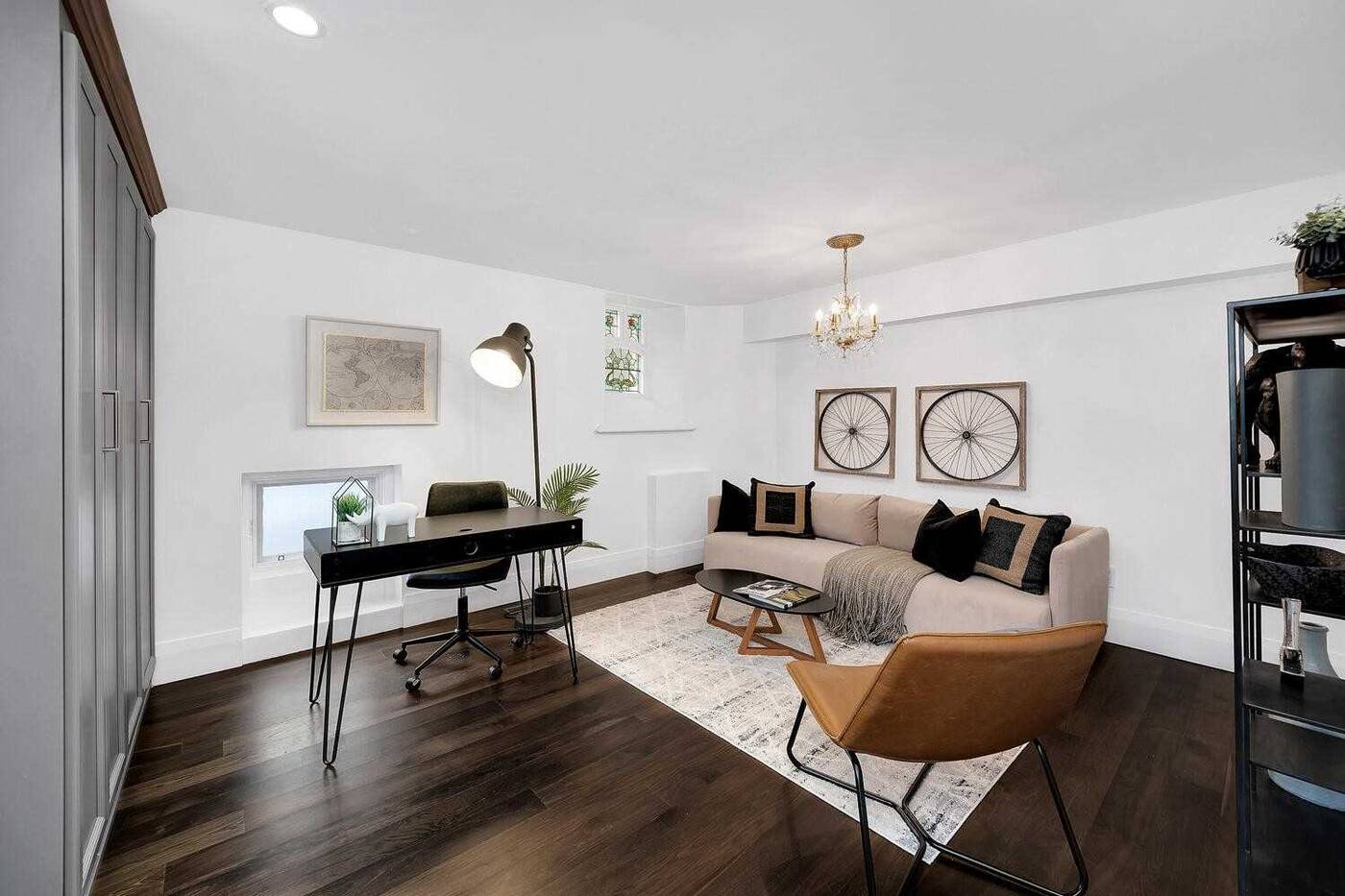 On the lower level, there's the second bedroom which is currently being used as a home office. 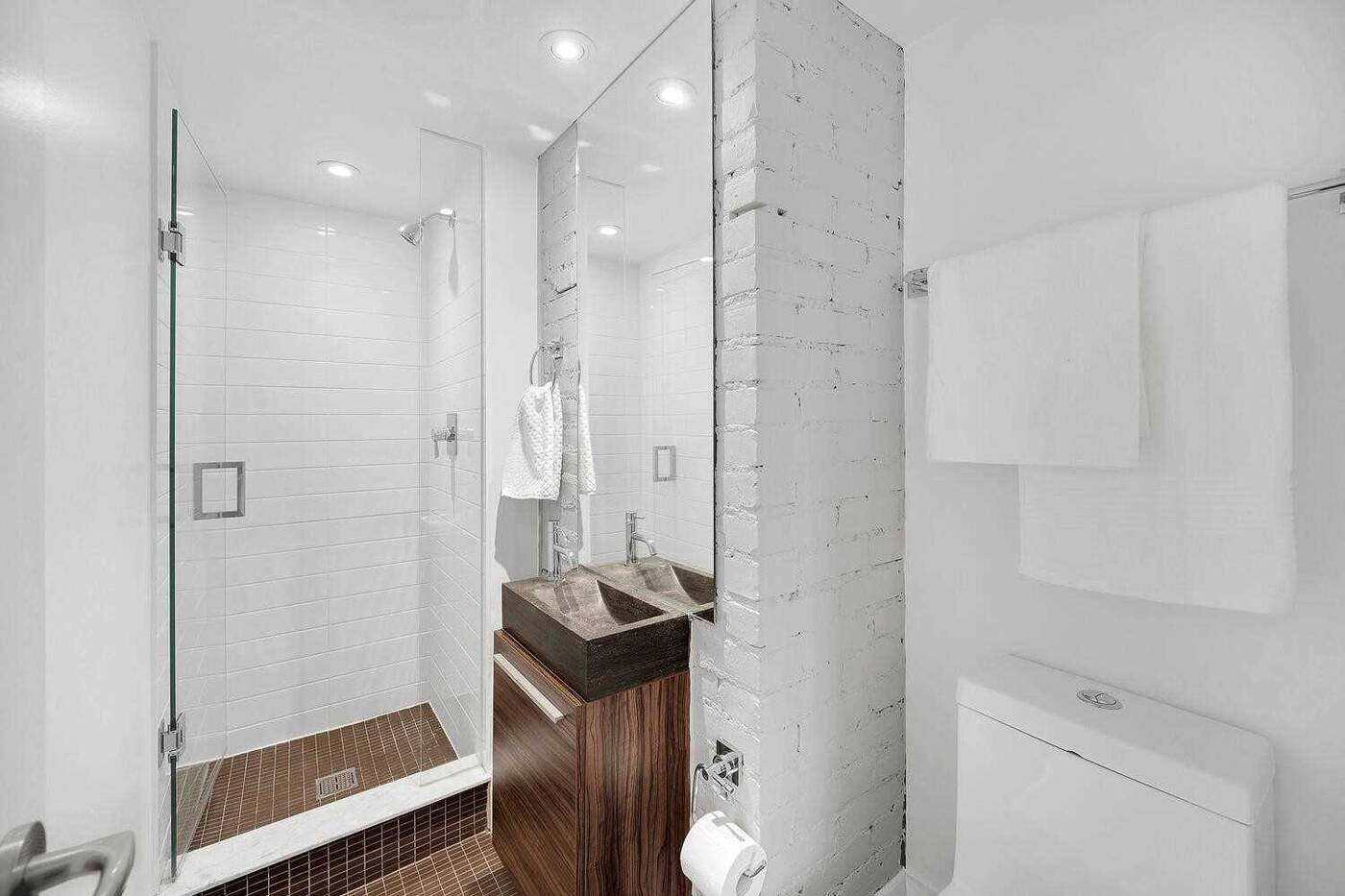 And while this unit is definitely cooler than most condos out there, it does have a few downsides. 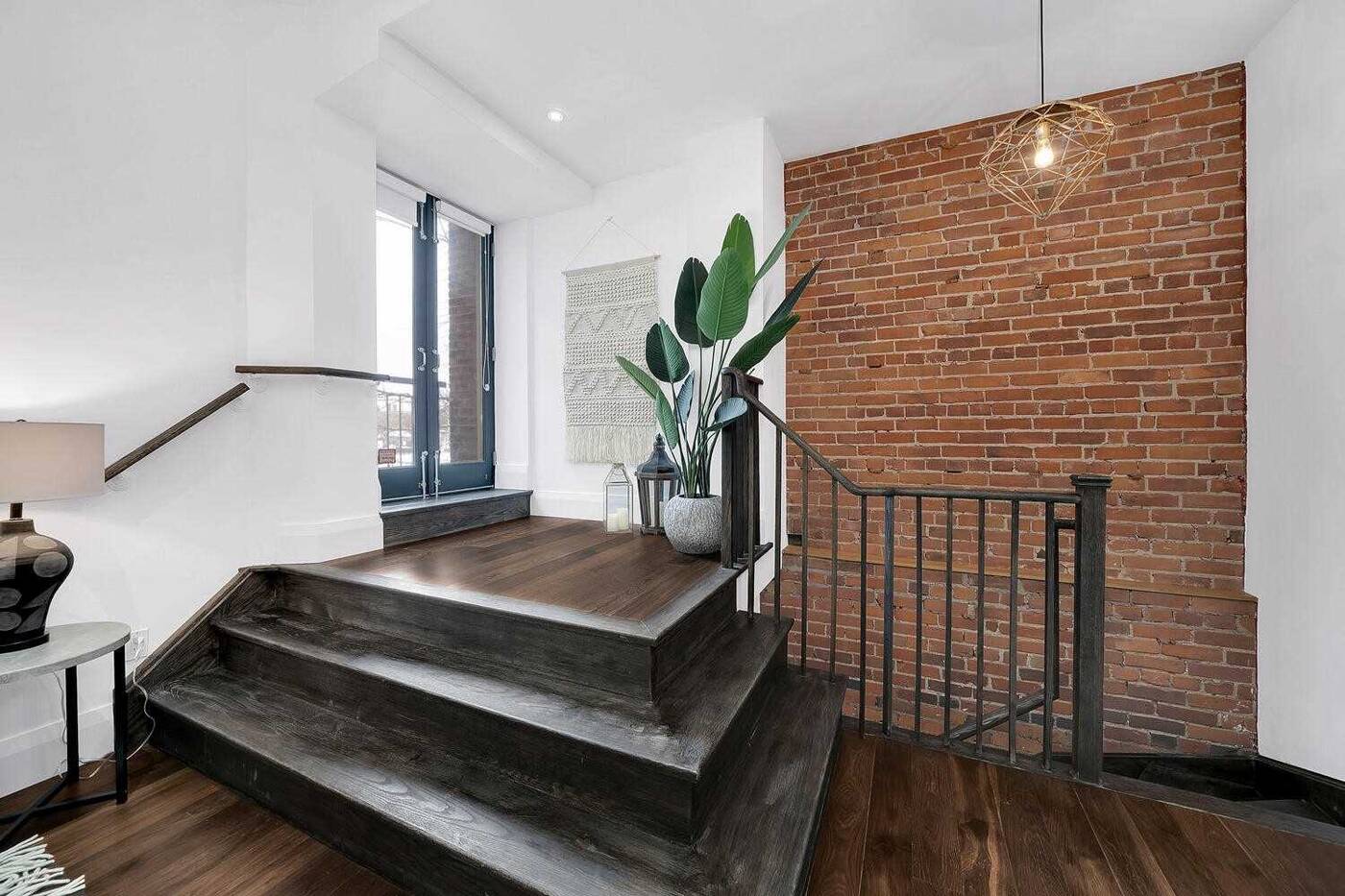 Steps to the Juliette balcony.

For example, there's no real outdoor space except for a small Juliette balcony and the amenities in the building aren't extensive. There's just a BBQ and a party room. 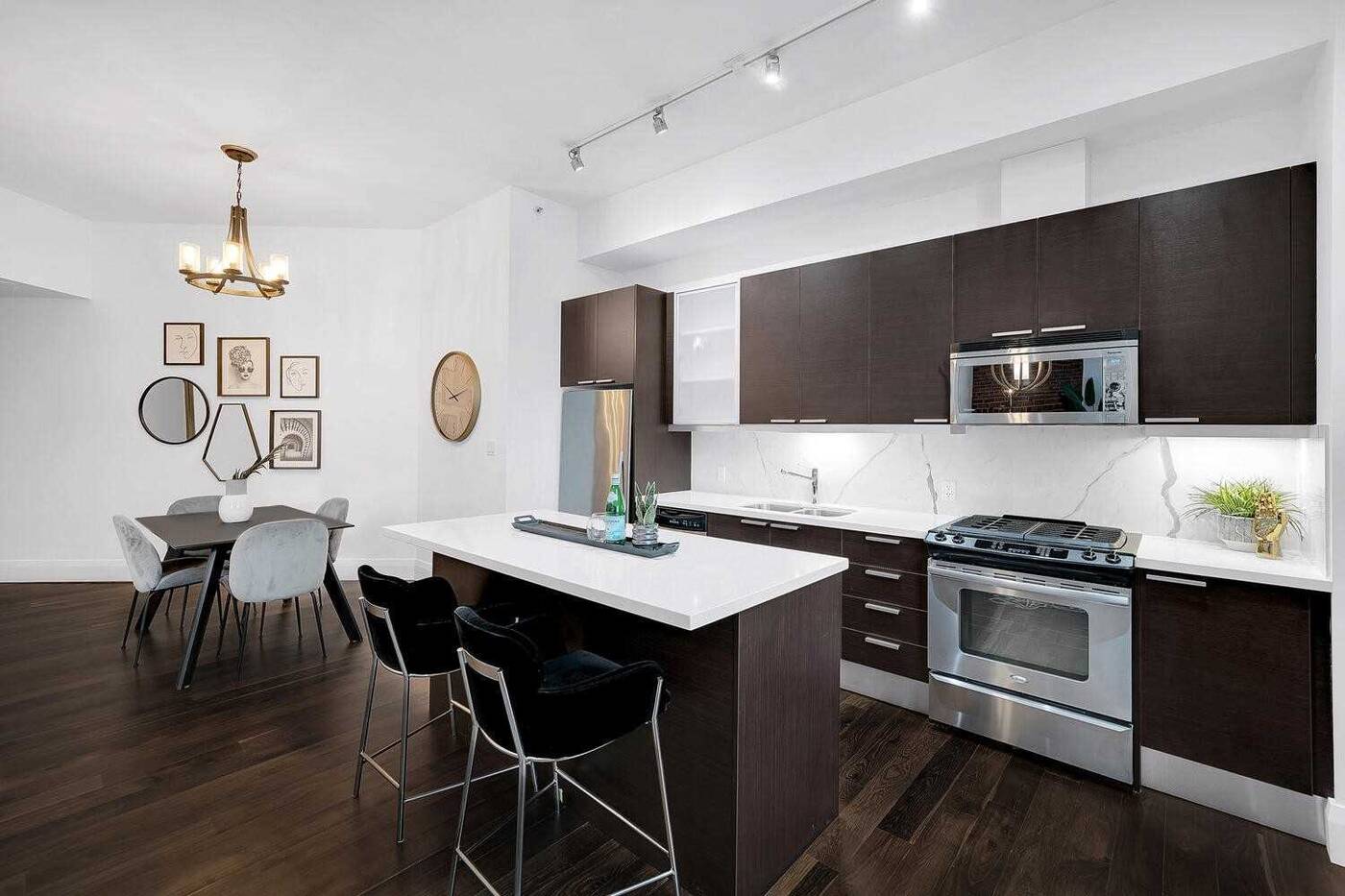 The kitchen and dining.

Also if we're being honest some of the other units in this building definitely outshine it. 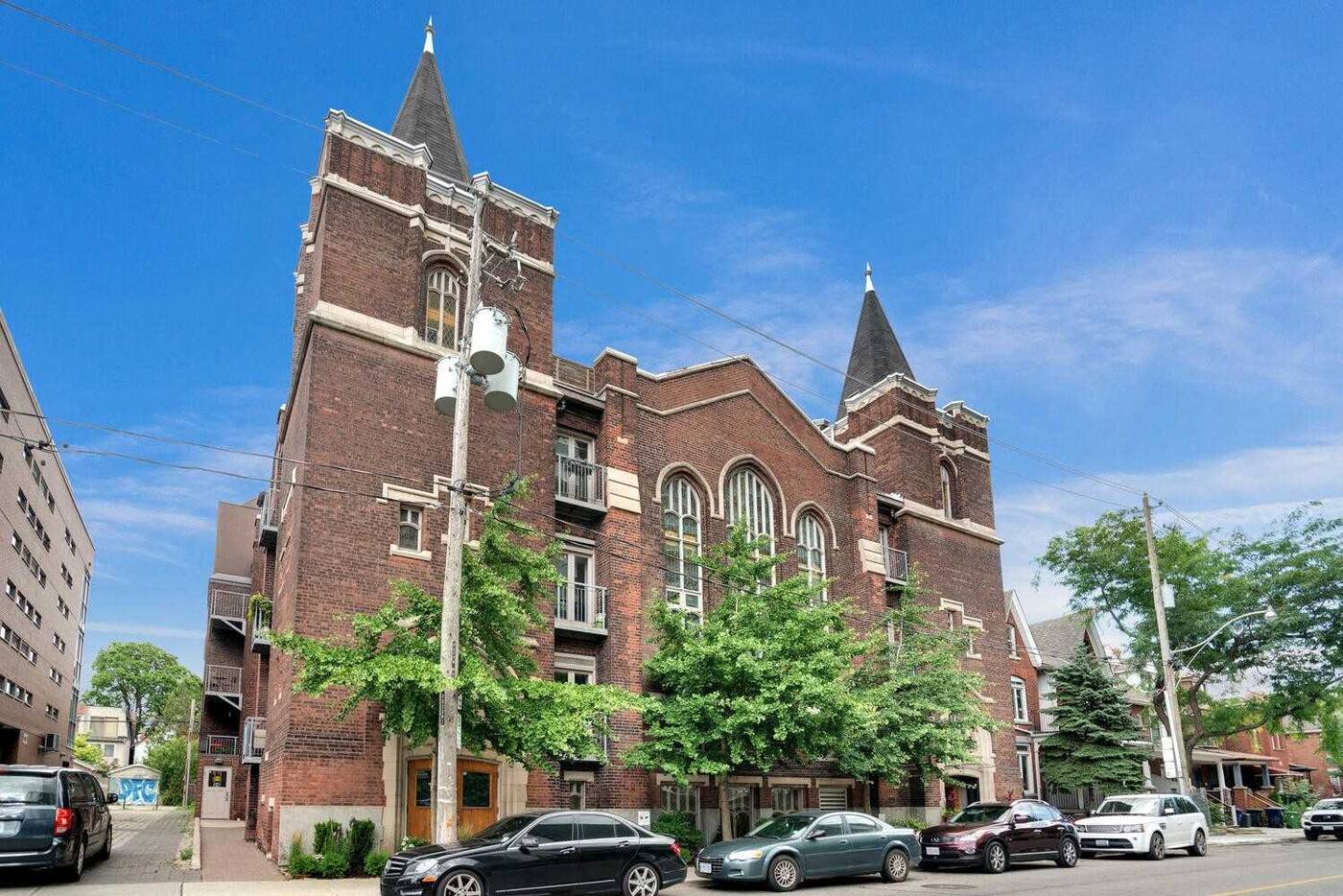 The outside of the church.

Either way plenty of people would be willing to sell their soul to live here... Wait that's not how churches work!