Most homes are pretty straightfoward. There's a kitchen, a living room, maybe a dining room, some bedrooms and bathrooms.

This house however, somehow doesn't follow any of the usual layout conventions. 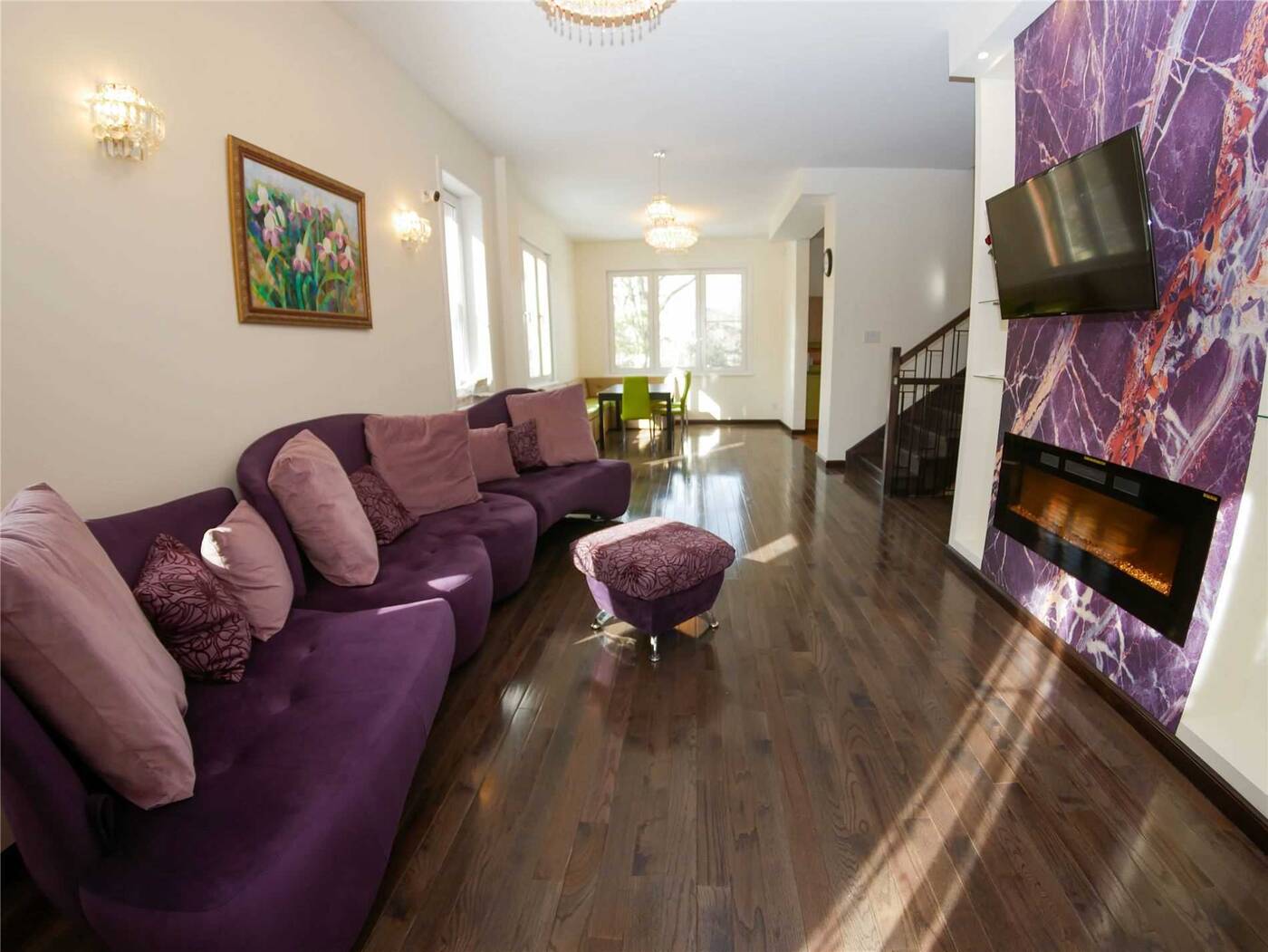 The living room is open concept with the dining room.

Right when you get in the home you're greeted by an electric purple fireplace in the living room, which feels more like a hallway than a room. 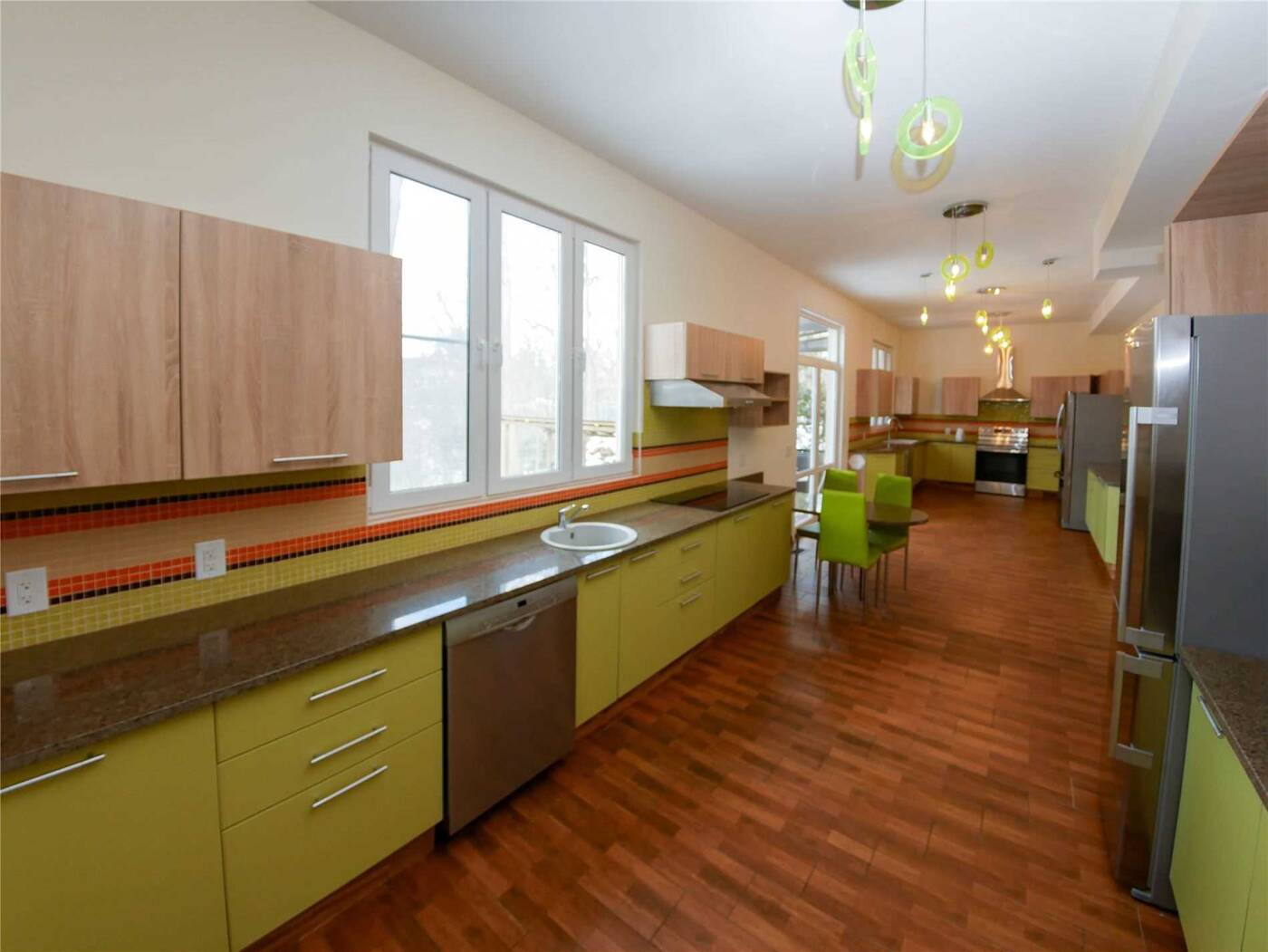 The kitchen is a shade of lime green that is unexpected. 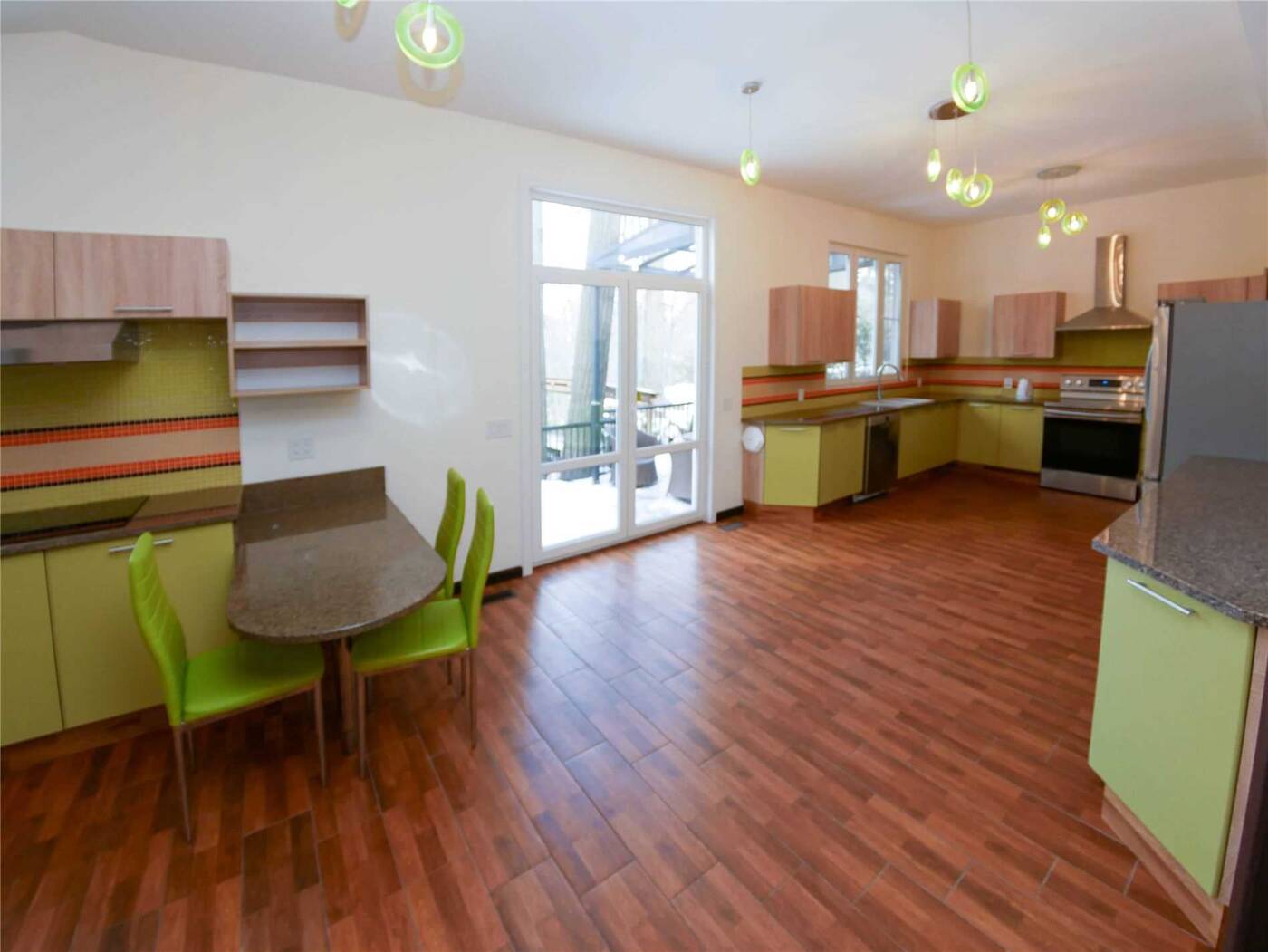 The kitchen also has a walk-out to the backyard.

The backsplash is an interesting colour combo and the cabinets that only go halfway up the wall are strange. Also it's worth noting the kitchen is 127-feet long. 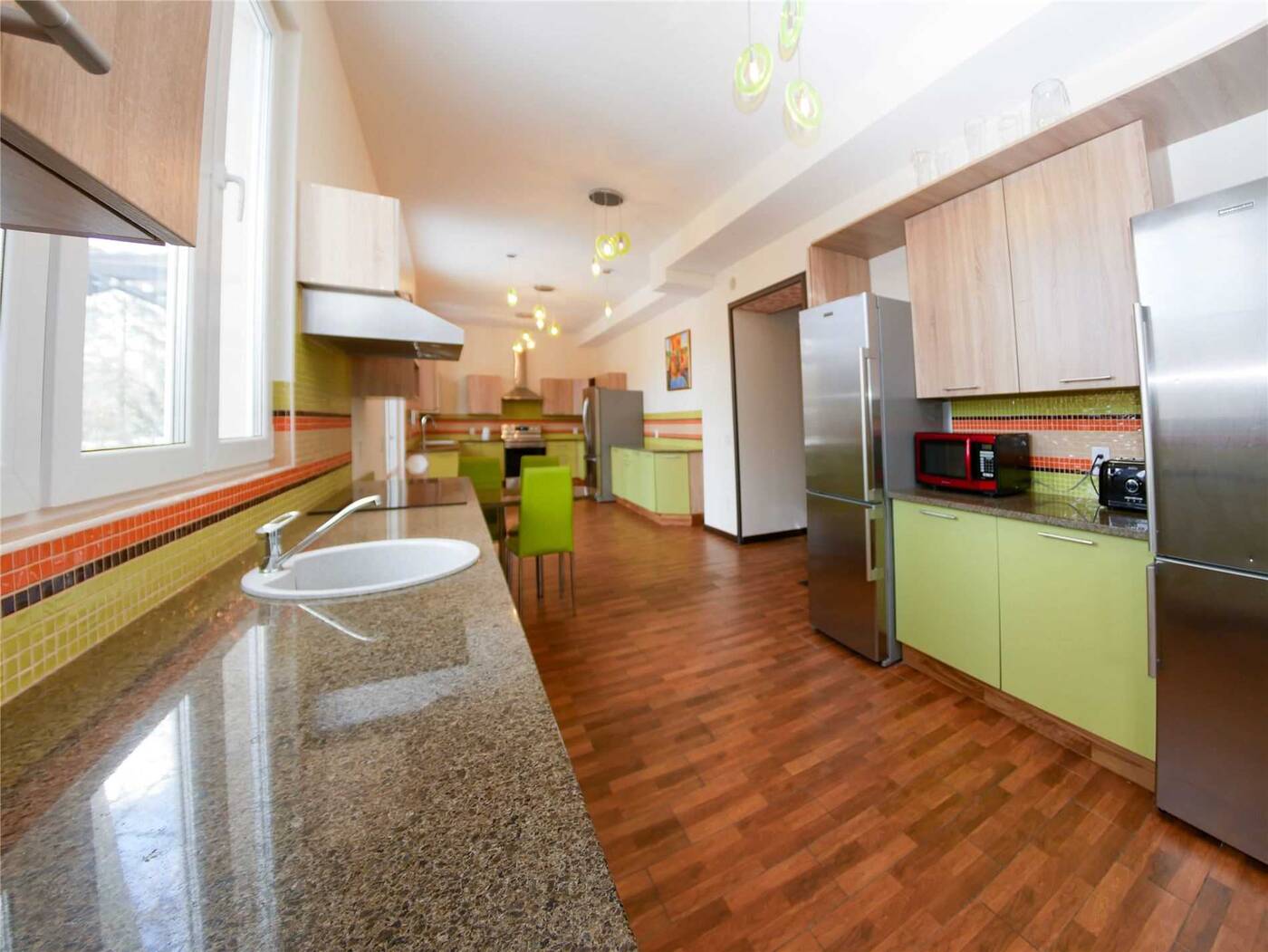 Another view of the kitchen.

And if you look closely it's like the kitchen was copy and pasted. There's three fridges, two stoves and two sinks. What is happening?!?! Is this house a hostel? Who needs that many appliances? 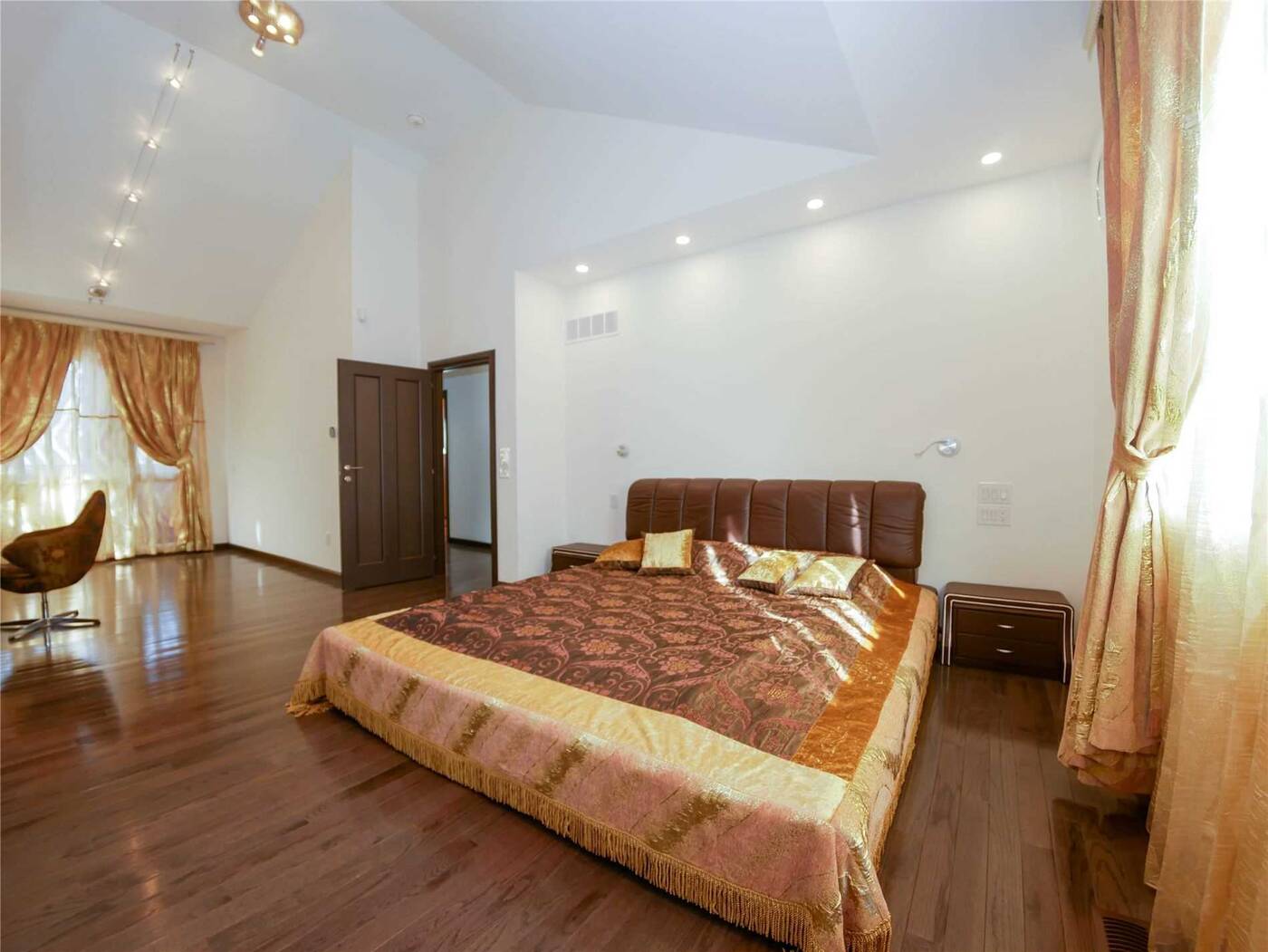 The primary bedroom has a six-piece ensuite.

The bedrooms are relatively tame all things considering. 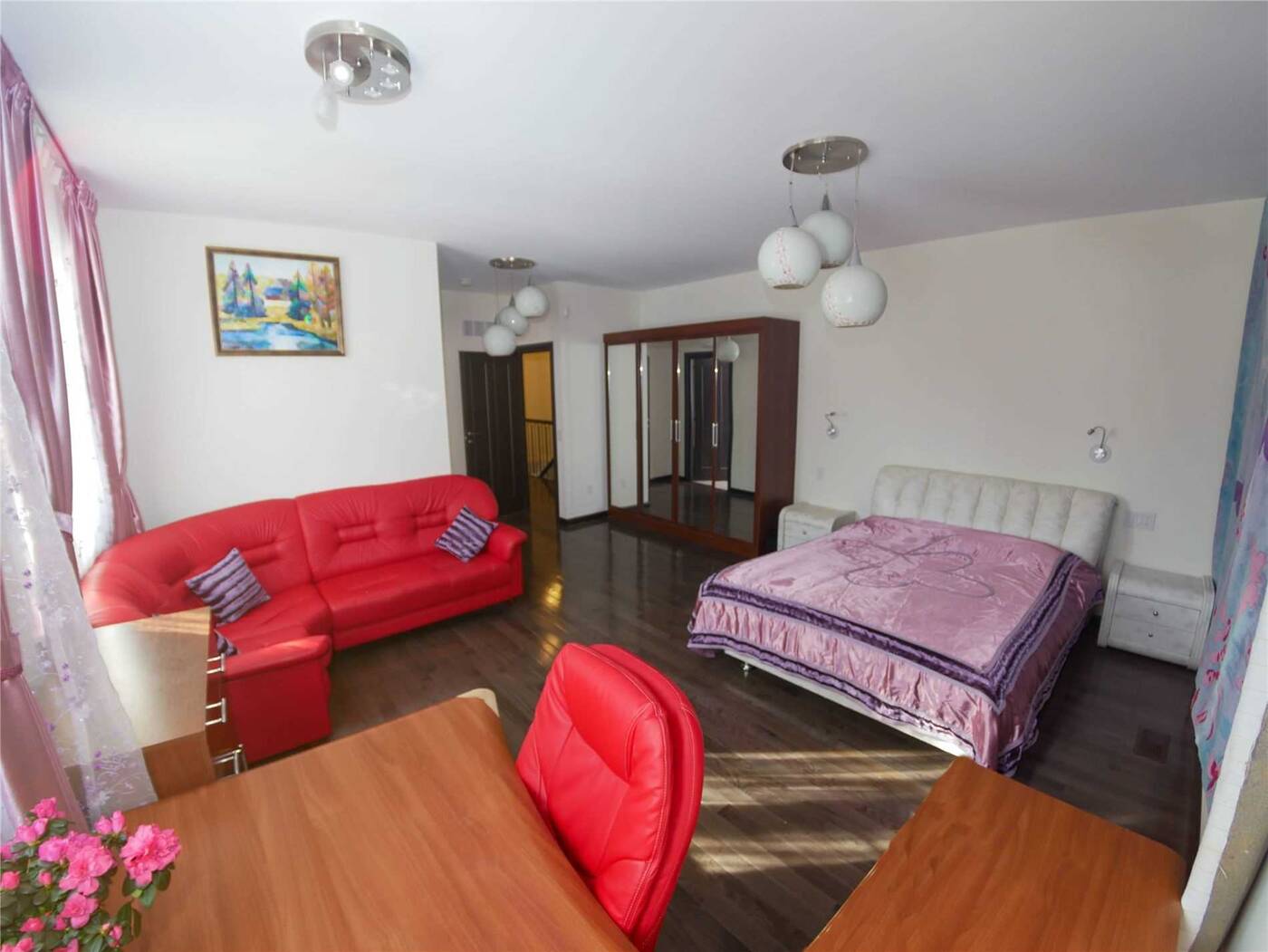 Still weird, but not as weird. 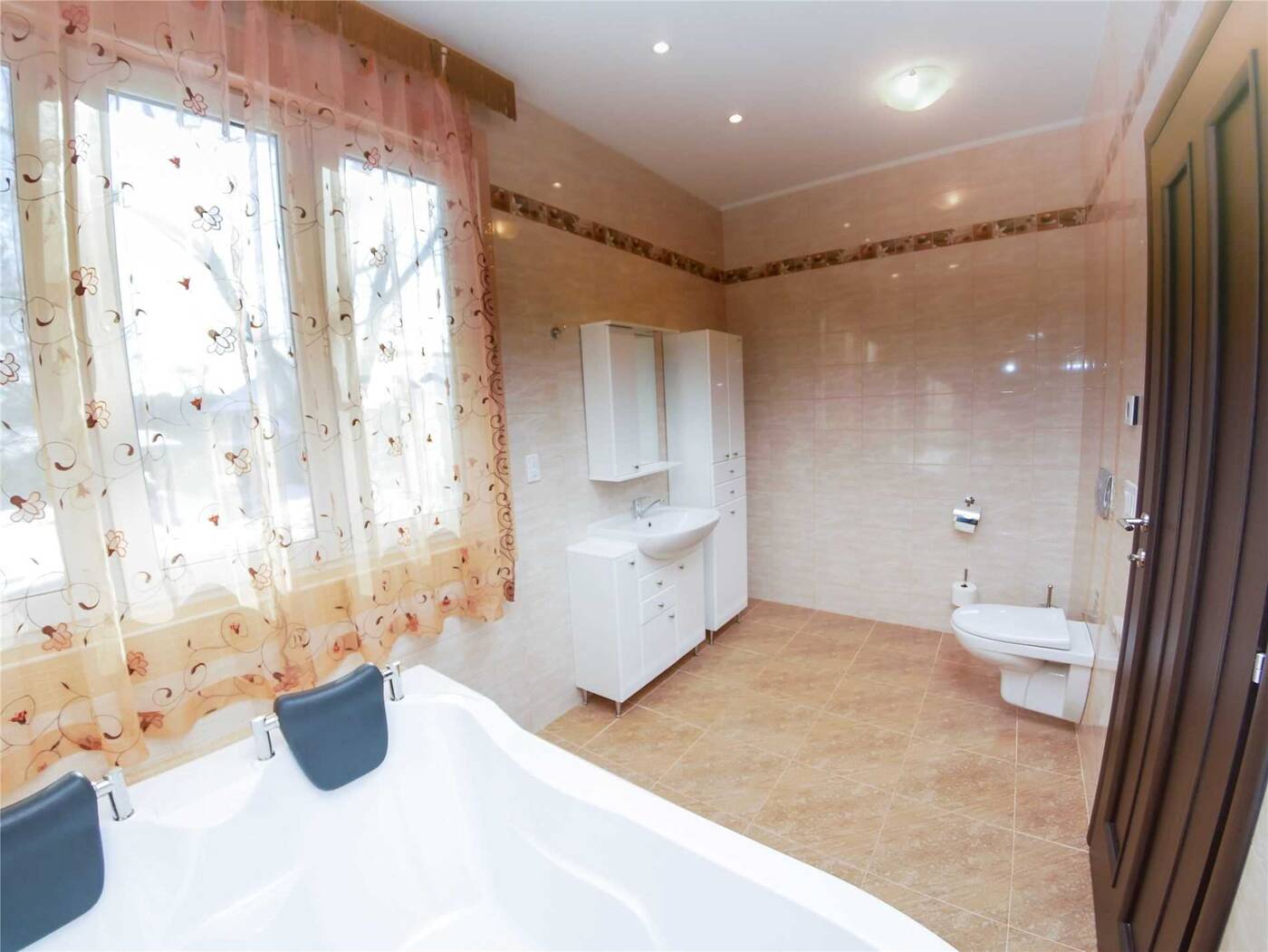 One of seven bathrooms.

The bathrooms are pretty wild – there are seven of them after all. But one of them has a double bathtub, which brings up some feelings... 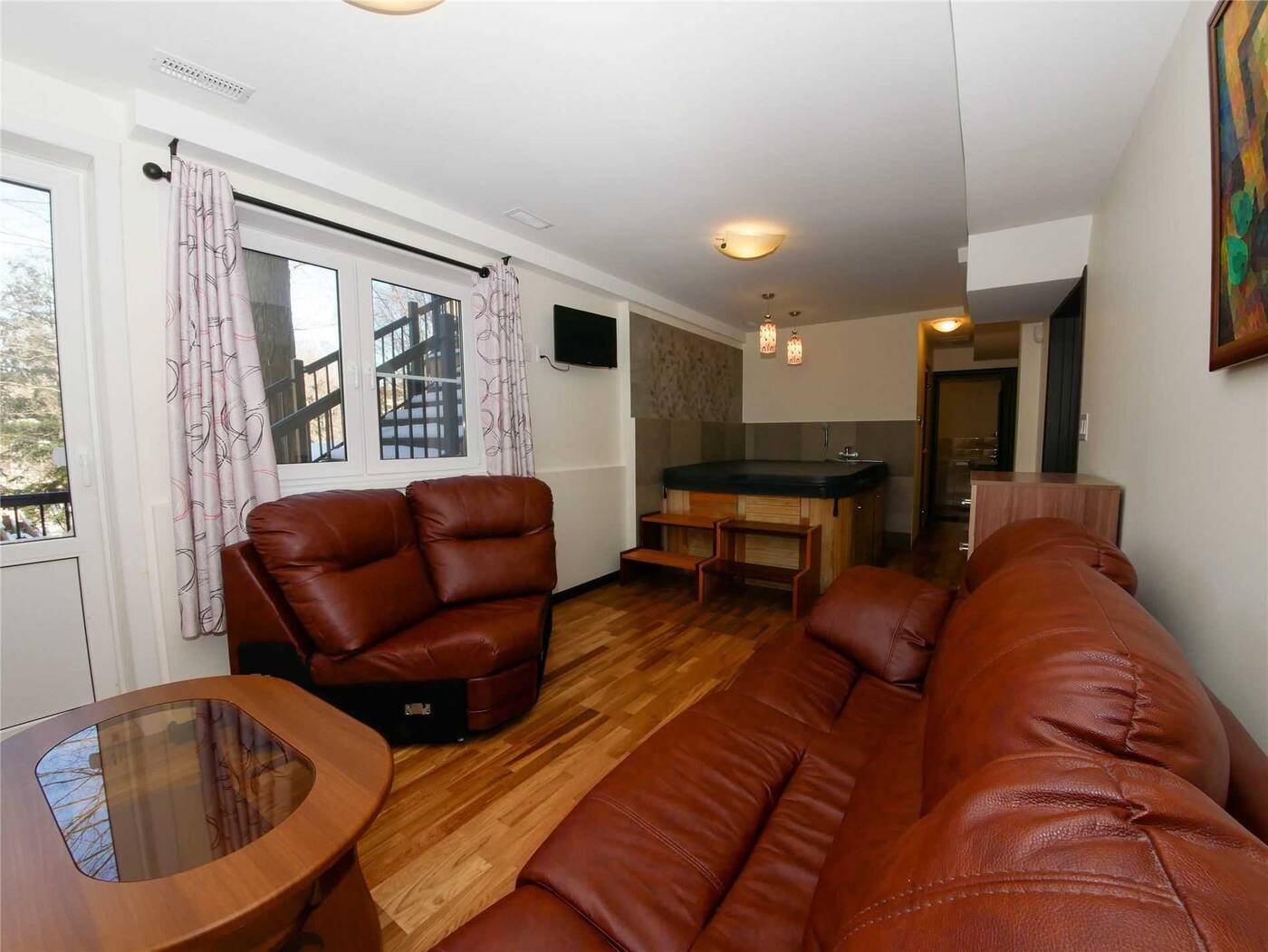 The rec room complete with Jacuzzi and sauna.

In the lower level there's a rec room with what an outdoor hot tub just sitting in a corner. There's also apparently a sauna somewhere in here. 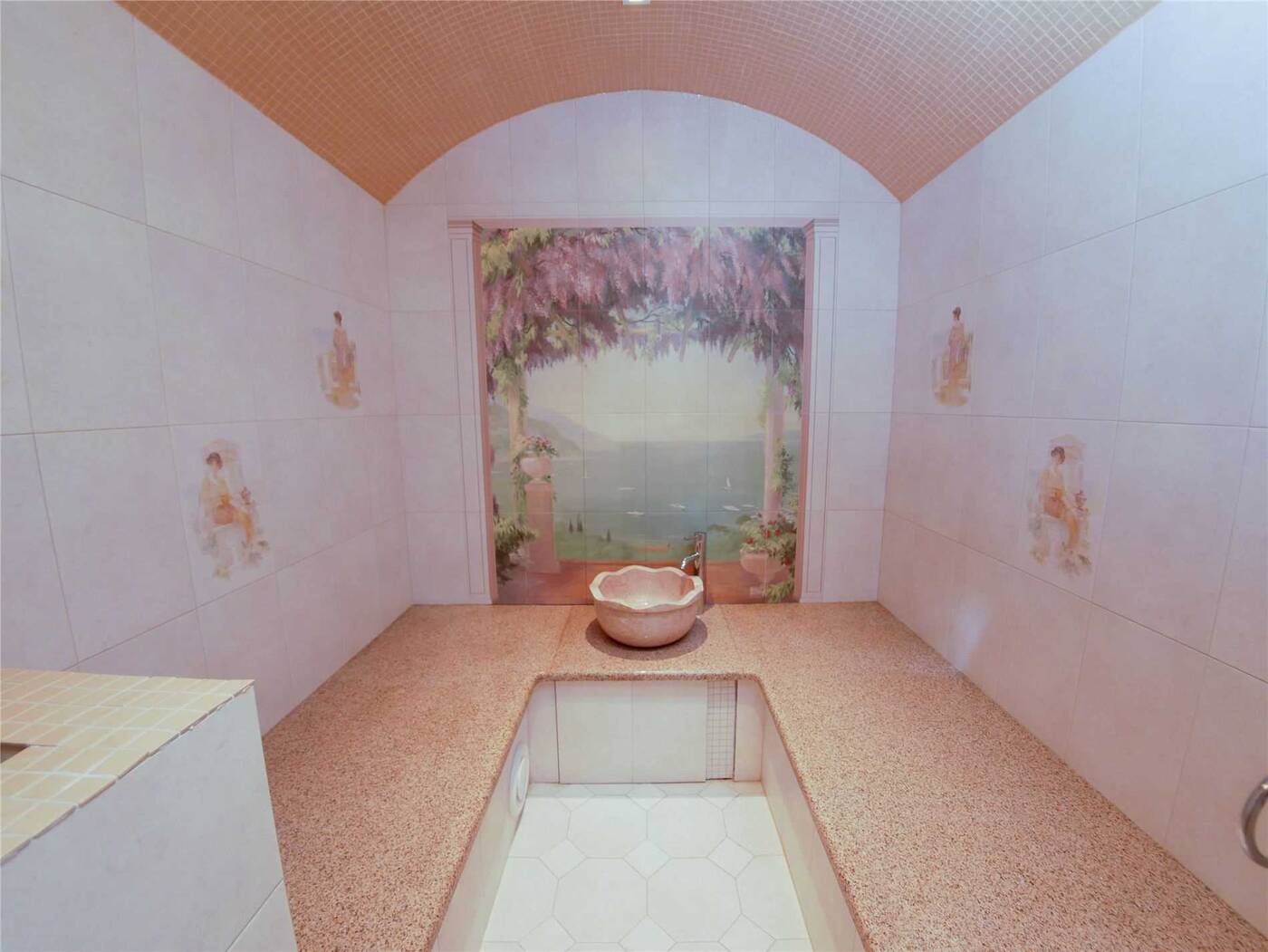 But one of the strangest things this home has is a Hammam spa. Yes, you read that right. There is a full Turkish steam bathing room in this house. 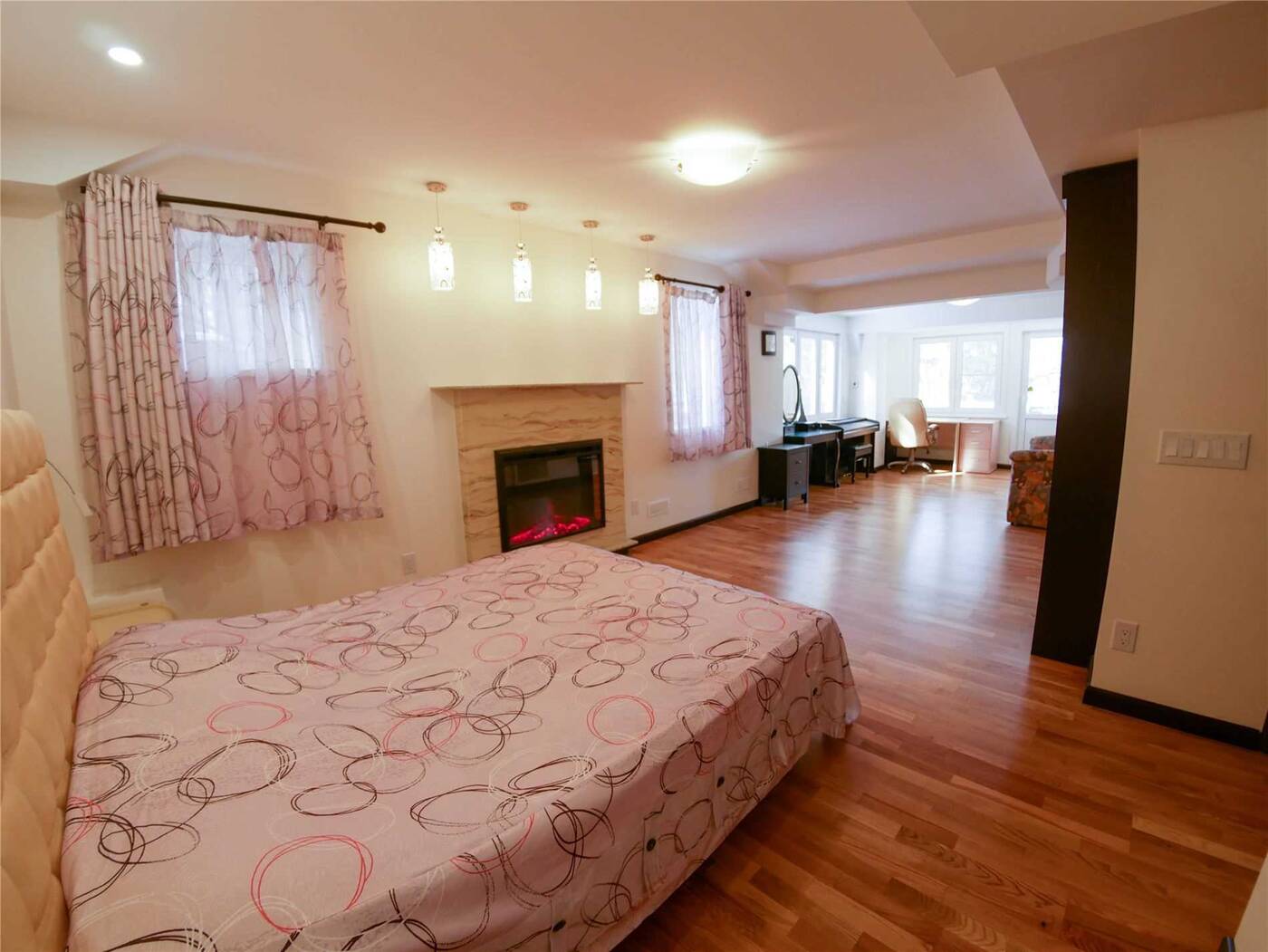 A bedroom with a gas fireplace.

But oddities aside, the home isn't worth $4 million because of what's inside the house. 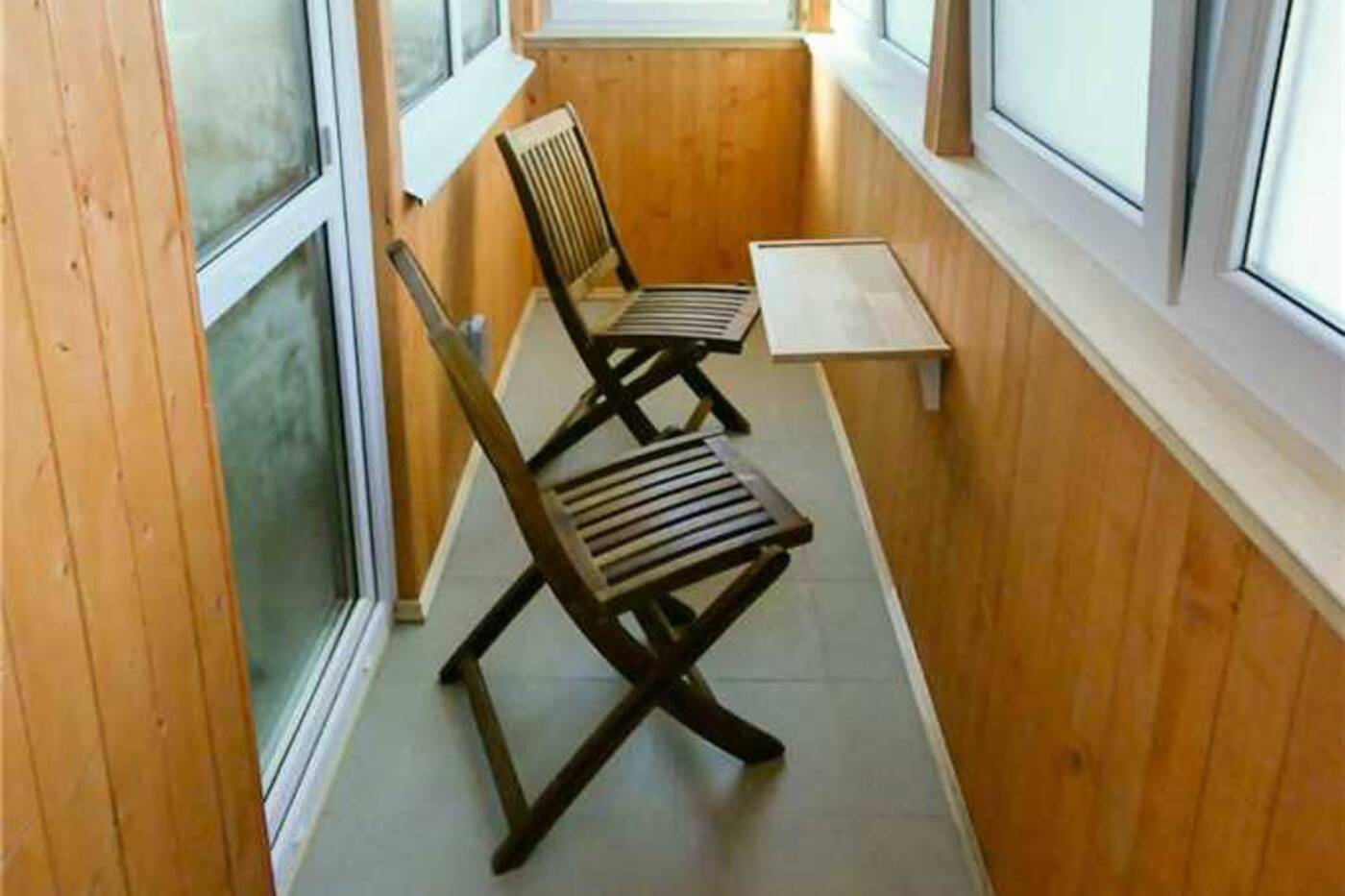 You're probably better off ignoring there's even a house there, because the land it's sitting on speaks louder than any lime green kitchen. 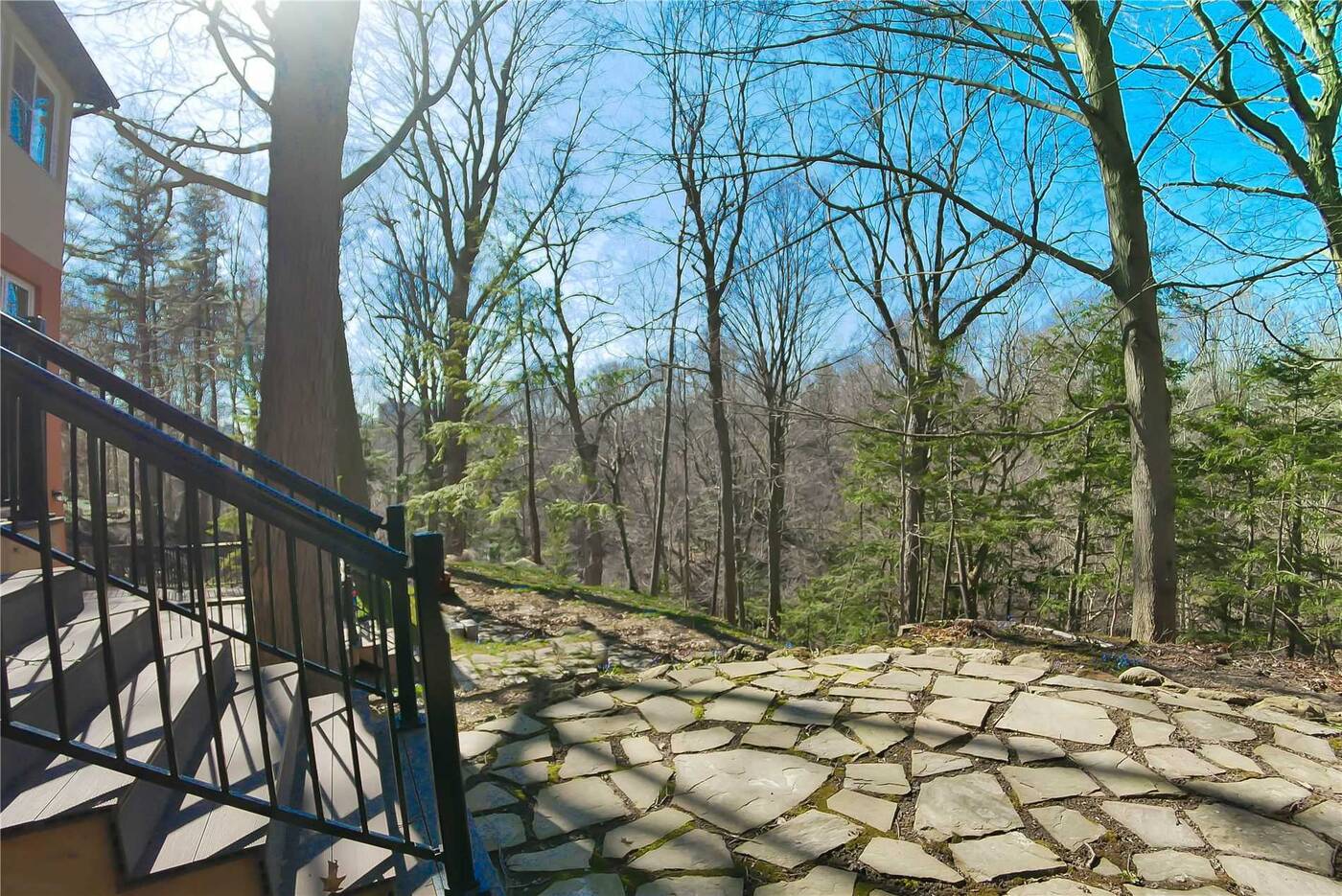 This is one of the best ravine lots in Toronto. Nestled at the end of a quiet cul-de-sac, the house is surrounded by nature. 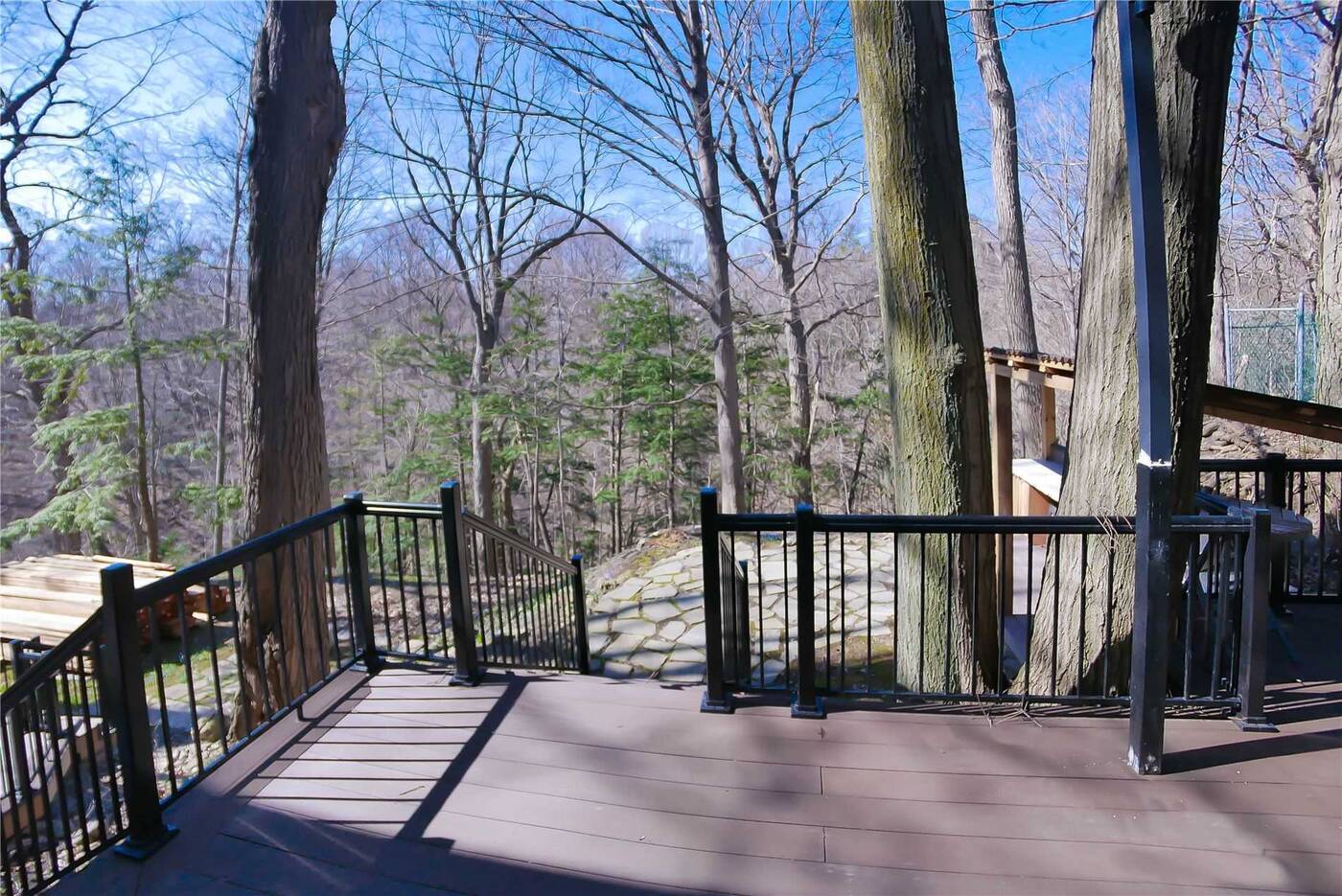 A view of the ravine.

The property is actually a lot and a half with a massive 70-foot frontage that widens to almost 150-feet at the back.

Further, there's almost 200-feet of space in the back and enough table land for potential expansion. 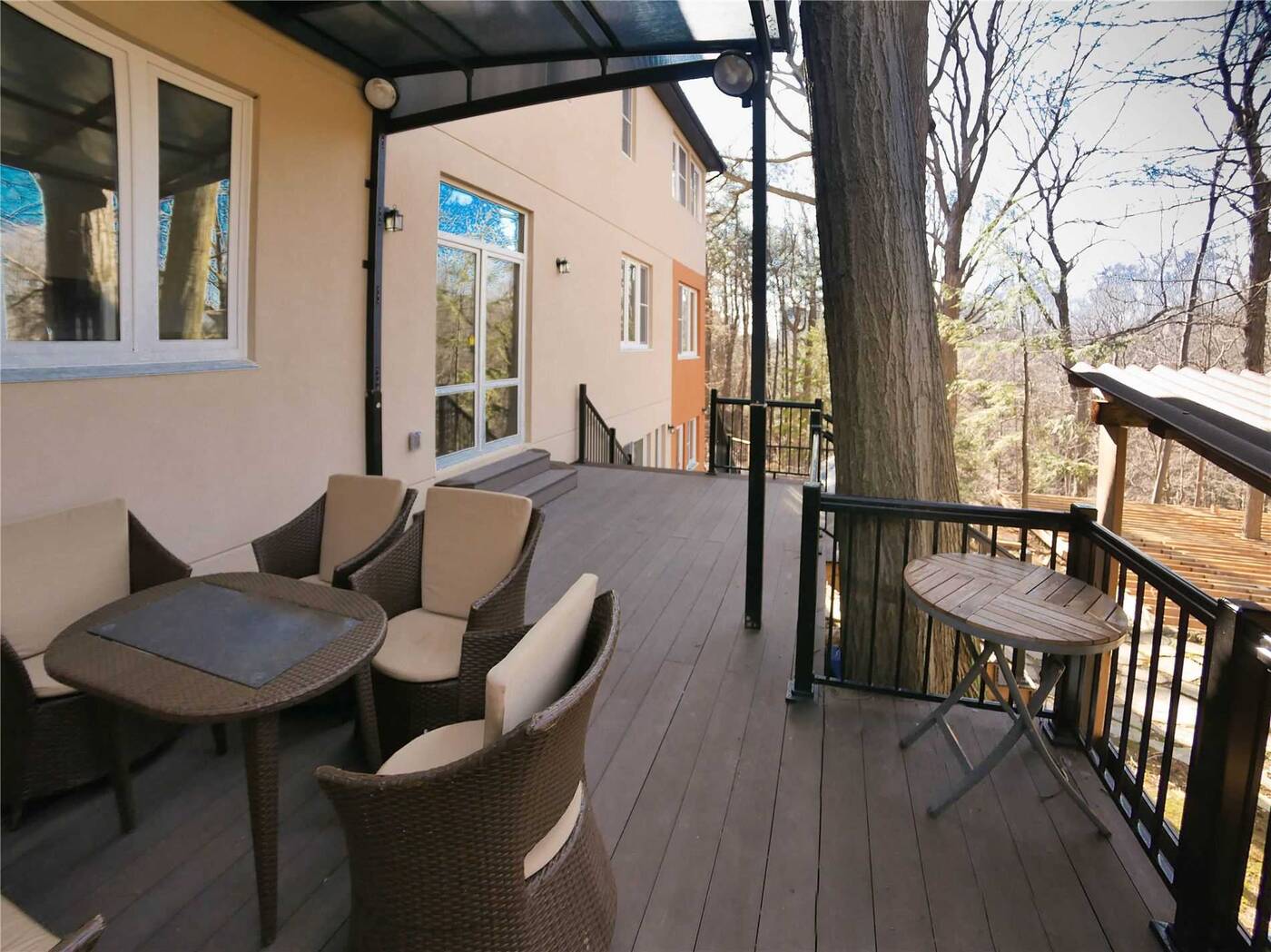 And while it looks a bit grim in the middle of February, you just know come Spring it will be lush and worth every penny.