A waterfront property that was built roughly 150 years ago in Ontario is up for sale for the first time since 1936, and it's one of the last Muskoka destinations that's still operated as an all-inclusive family resort.

Severn Lodge is an 80-acre property with over 1,200 feet of waterfront located in the Muskoka Georgian Bay lake district. Its main lodge was originally built in the mid 1800s, when it served as area headquarters for the Georgian Bay Lumber Company.

After the logging era ended, the property was sold to a wealthy social club from Pittsburgh, Pennsylvania who used it as a family vacation retreat. 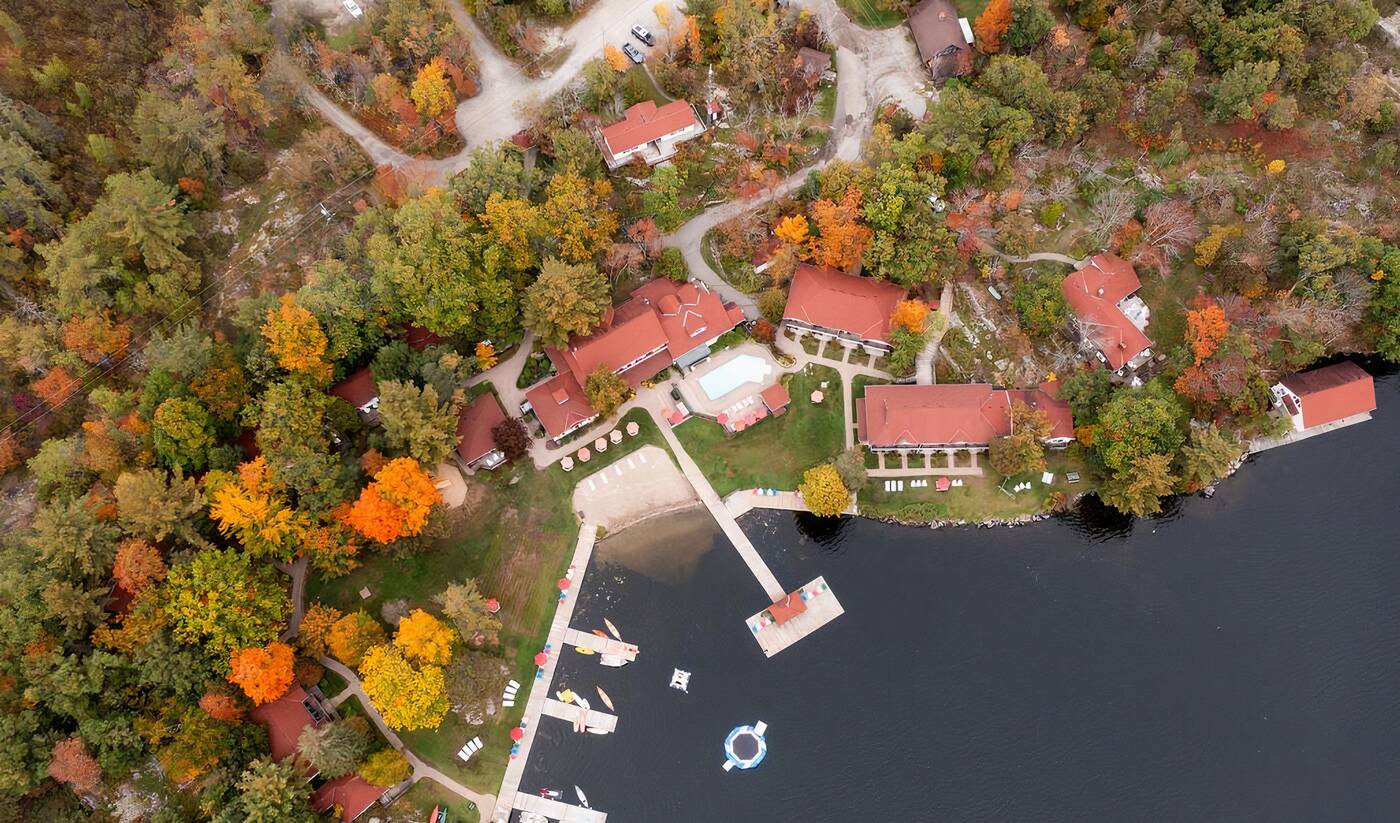 Severn Lodge is an 80-acre property with 1,200 feet of watefront.

Later, in the early 1920s, a group of investors purchased the resort and opened it to the public under the name of Severn Lodge. It has since been owned and operated by the Breckbill family for nearly 100 years.

"Severn Lodge has been attracting leisure and business travelers from around the world for over a century," reads the listing for the property. "Now the time has come for the family to pass on stewardship of this landmark resort to a new generation." 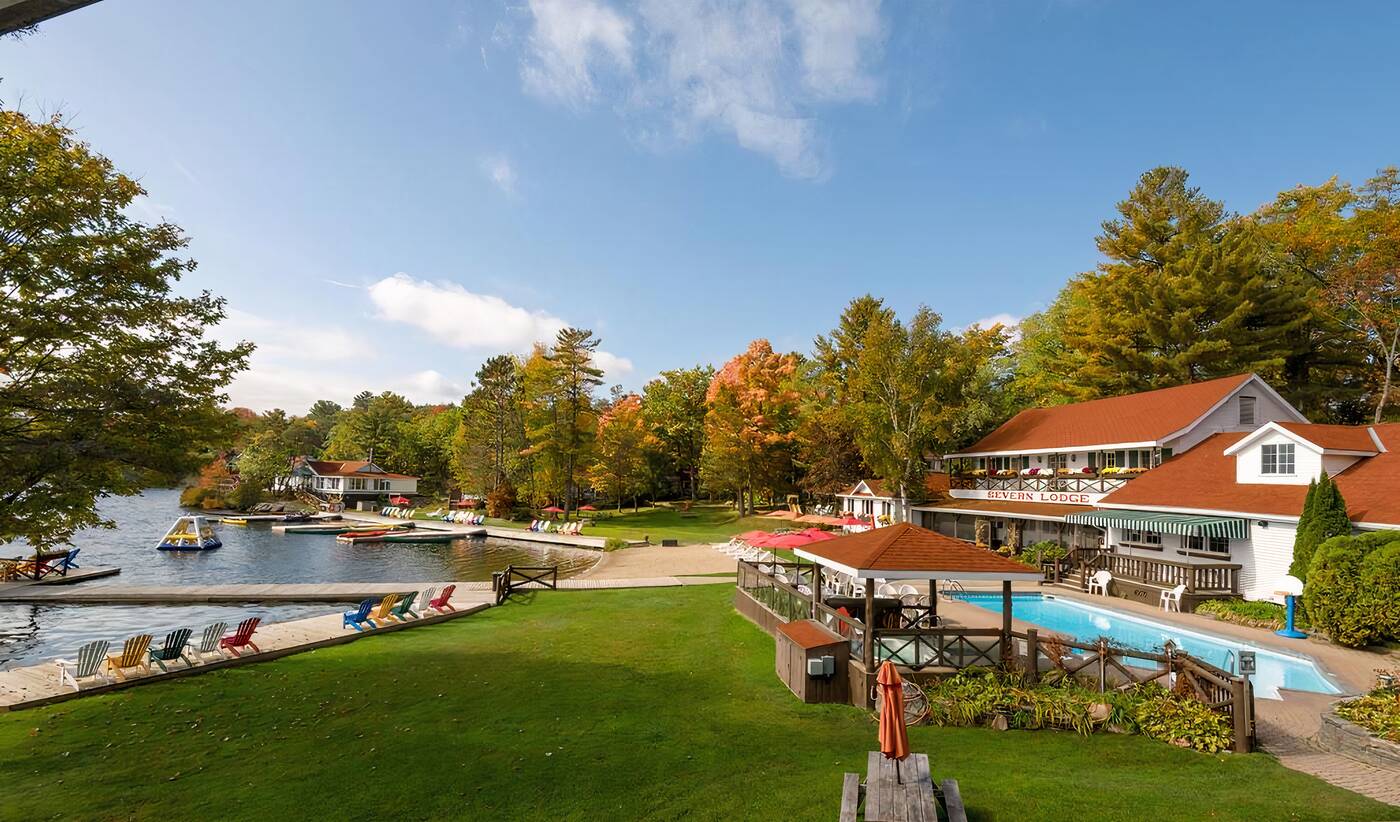 While there is no price mentioned in the online listing, a spokesperson for Colliers Canada told blogTO they expect it to sell for around $12 million. 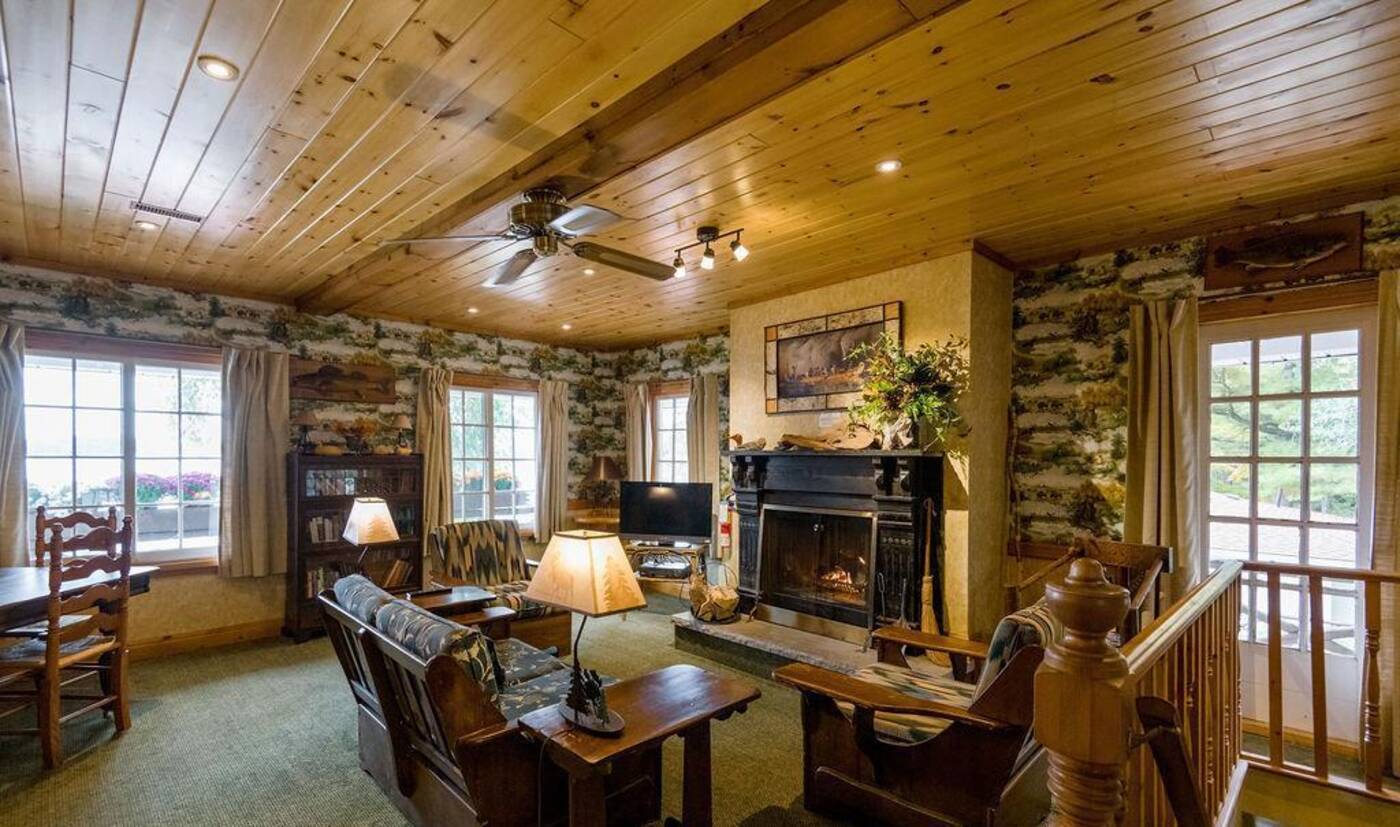 The historic resort is located 90 minutes from Toronto.

The resort, located 90 minutes away from Toronto, features 48 guest rooms and cabins, a historic dining room, a lakeside pool and a sandy beach. 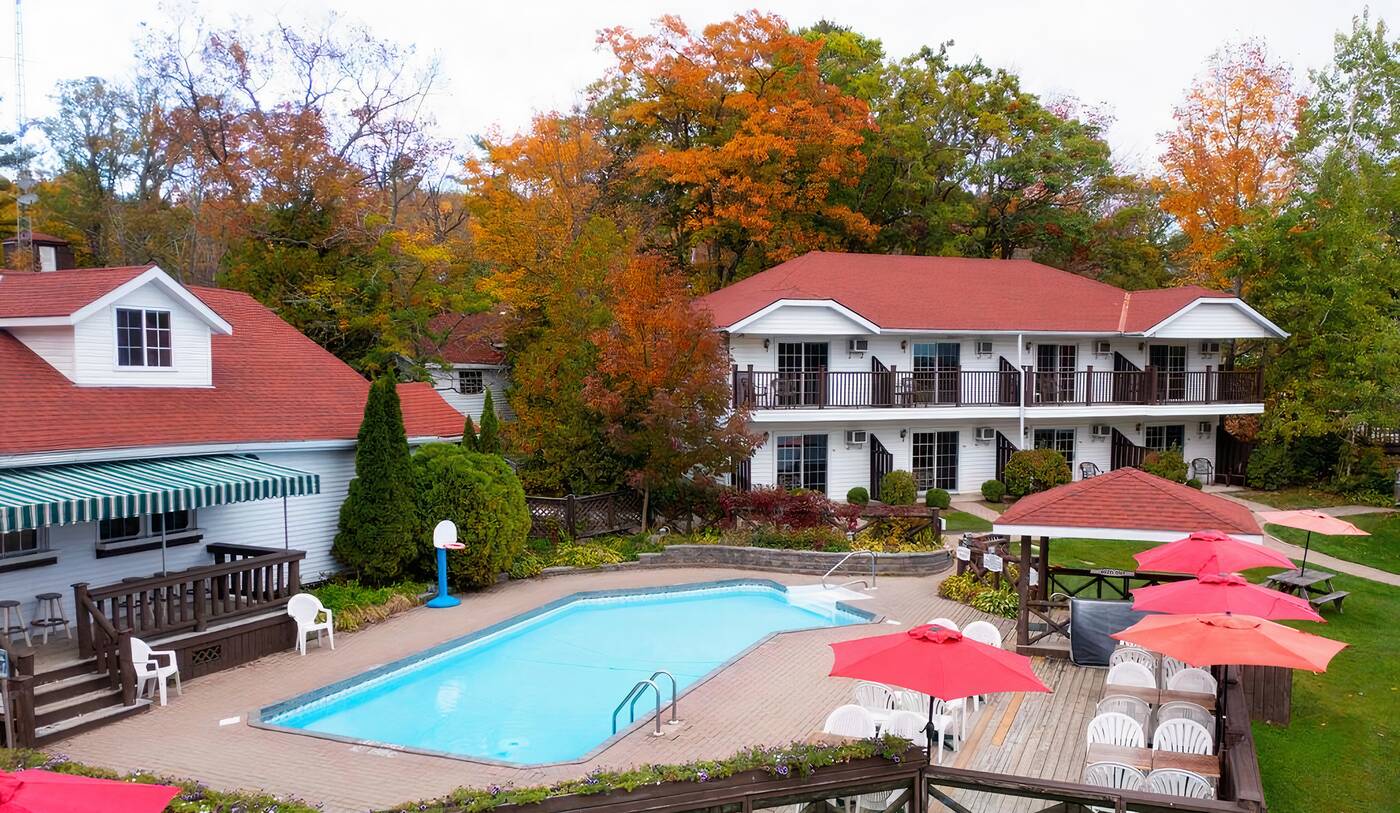 The resort features a lakeside pool.

Anyone interested in purchasing the property can also potentially acquire a separate, adjacent five-acre peninsula which could be developed and added on to the lodge. 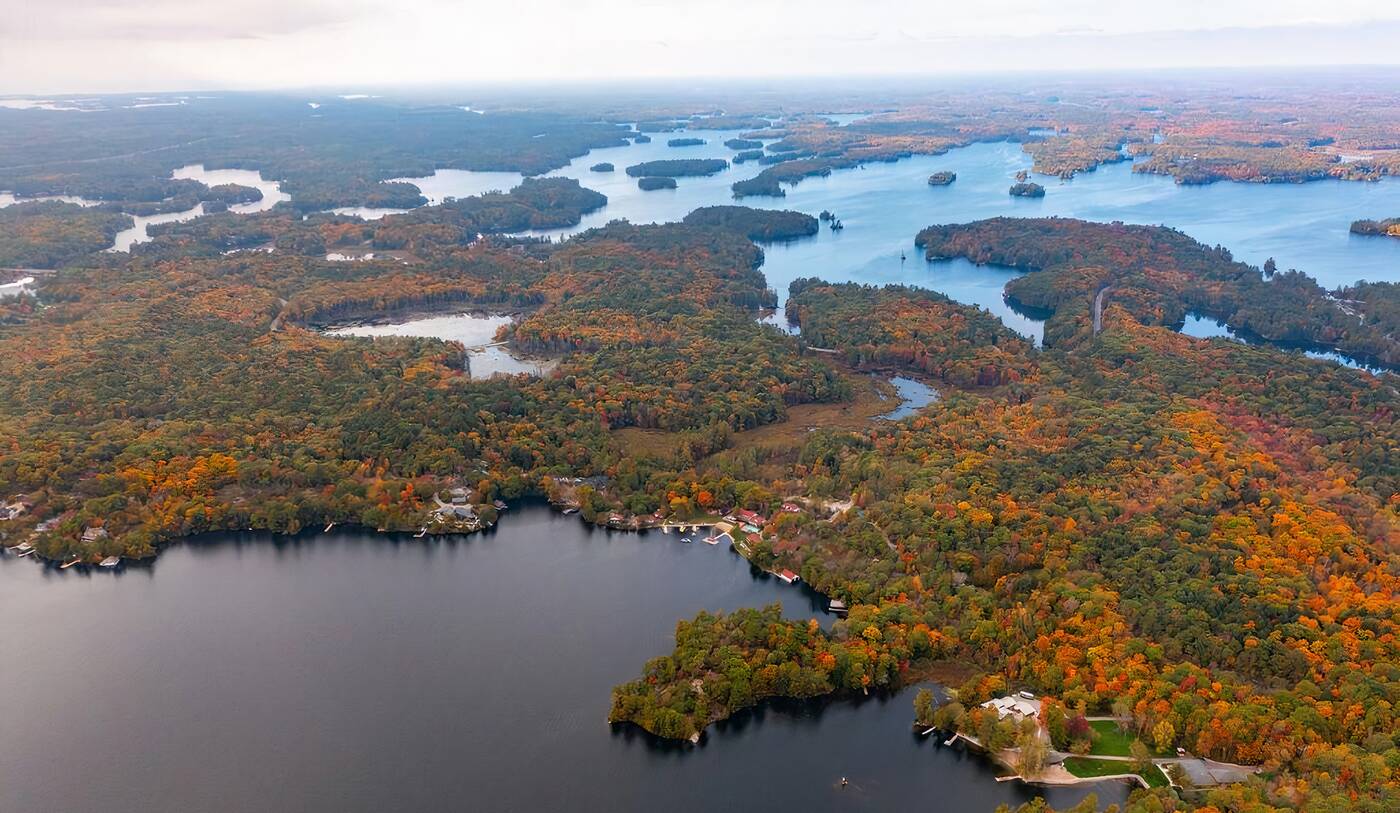 A five-acre peninsula adjacent to the resort can also be purchased.

"The peninsula is currently divided into three parcels with breathtaking views on all sides, and a total of 6,000 feet of waterfront," reads the listing. "Alternatively, the peninsula also presents the potential to be developed into up to one, two, or three extraordinary cottage lots."

The resort also features a wide array of facilities for numerous indoor and outdoor activities, and zoning permits expansion of the resort by 42 additional new units.