A relic of a time when most people accessed Toronto's waterfront by car, the hulking parking garage at 200 Queens Quay West, isn't quite as busy as it was in its heyday, many of its visitors showing up merely for the sweeping city views seen from the garage's upper level.

When it was announced that the site was being shopped to developers back in 2019, reactions included anger from some housing advocates who were upset to learn that the parking garage would likely be redeveloped into expensive condos despite a growing need for affordable housing in the city.

It seems as though developers DiamondCorp and Lifetime Developments — which acquired the 1.24-acre site from Canada Lands Company — heard these concerns, and presented a planning application to the city in 2020 calling for 71 and 41 storey towers containing a mix of condominiums and affordable housing. 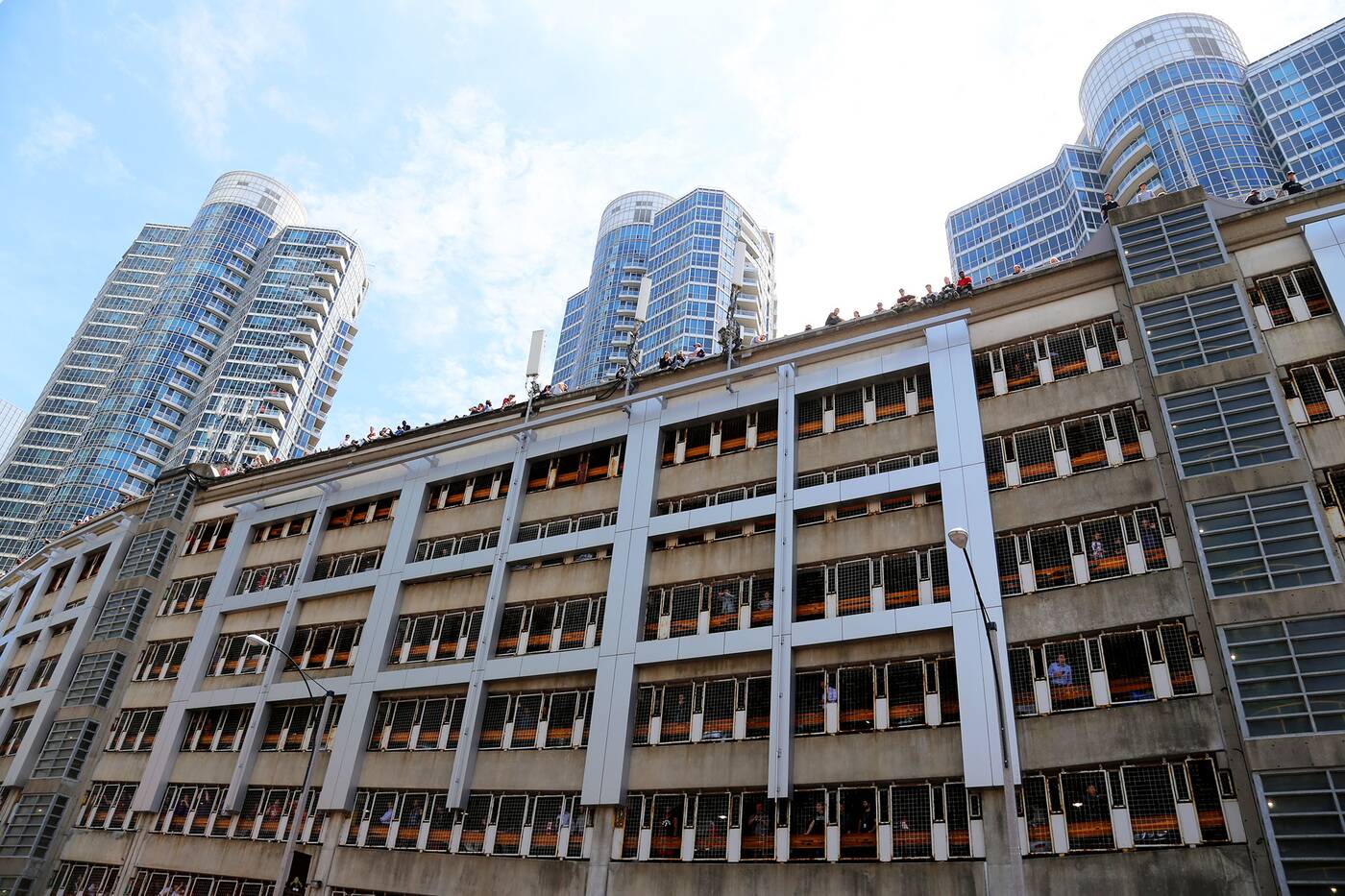 Since tabling this plan, the developers have consulted with city staff, stakeholders, and members of the surrounding communities to refine the plan into something more palatable for all affected parties, resulting in a new plan that axes the previous two-tower configuration in favour of a single tower with a new on-site public park.

Like the previous two-tower plan, the current proposal features a design from Wallman Architects, though the ambitions have clearly been scaled back in terms of height, density, and even design. 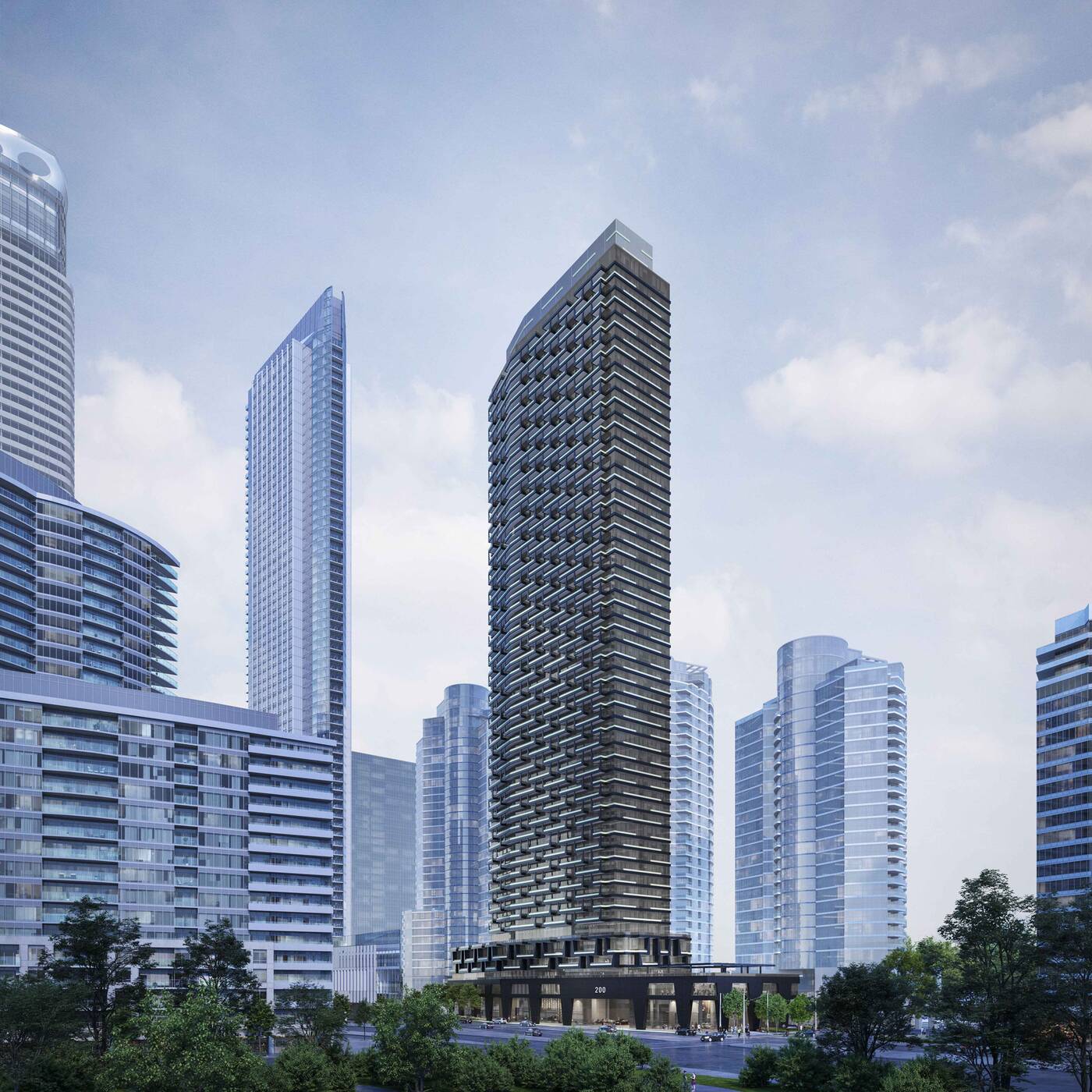 Looking southeast towards the revised 2021 proposal for a single 59-storey tower. Rendering by Wallman Architects.

Now proposed is a single tower rising 59 storeys to a height of just over 197 metres. It would feature a six-sided polygonal floor plate, and be finished in a mix of dark grey, black, blue, and white materials.

The two-tower plan from 2020 may not have been the boldest thing proposed in recent years, but its screens of copper-coloured finishes promised a pop of colour against the mostly monochromatic South Core area skyline, something absent from the scaled-back proposal. 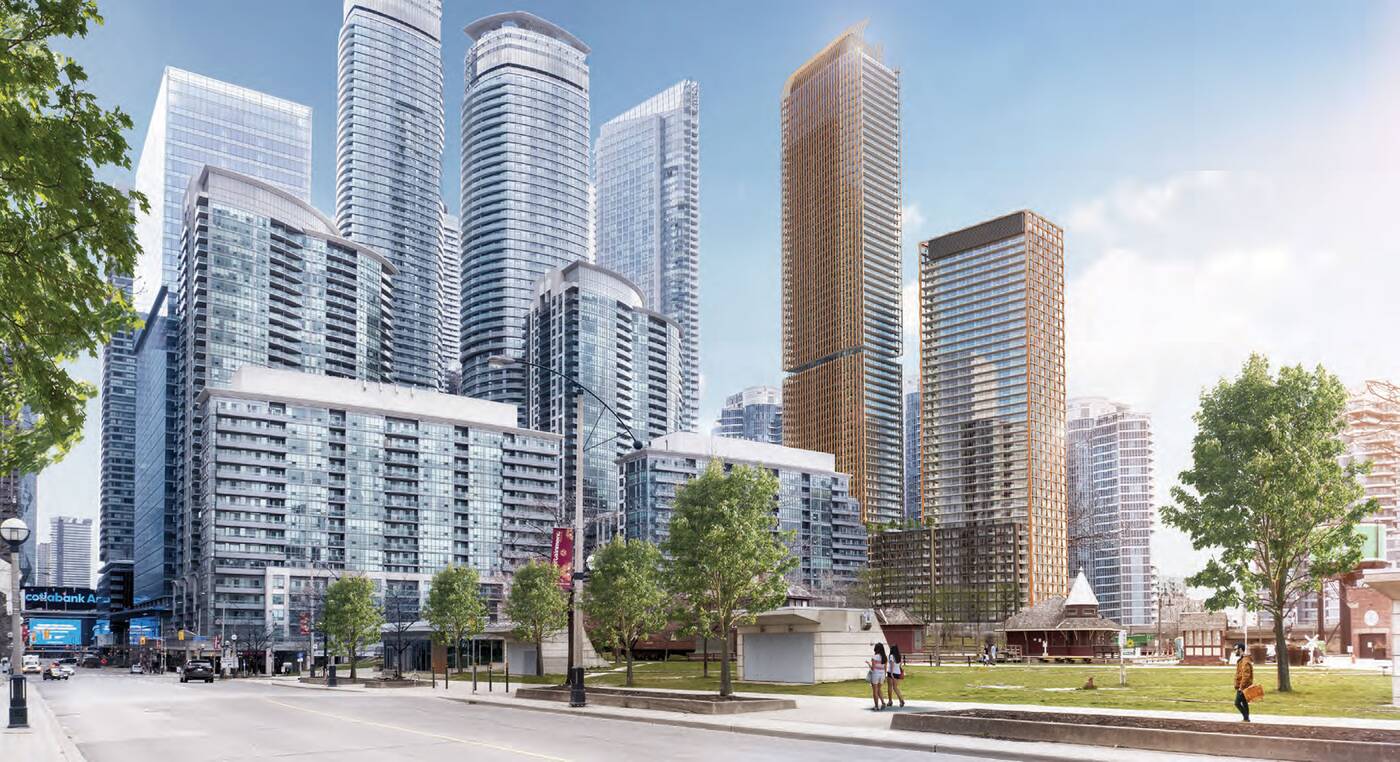 The 2020 plan featured two towers with colourful finishes that would have stood out on the skyline. Rendering by Wallman Architects.

Aside from a small retail component at street level, 99 per cent of the revised plan's total floor area would be dedicated to residential space. A total of 1,002 units are proposed, including 918 condominium units and 84 affordable rental units, broken down into 602 one-bedrooms, 299 two-bedrooms, and 101 three-bedroom units.

Though the unit count is 480 fewer than the previous two-tower plan, both proposals dedicate 10 per cent of their overall residential gross floor area to affordable rental space.