While much of Toronto's industrial architecture reflects techniques from the Victorian era, 1001 Roselawn Avenue was built with an Art Deco style which was popular in the 1920s and 30s.

This is merely one of the things that makes this place one of the most unique finds in the city. The building dates back to 1932, constructed for Coats Paton and their textile-making endeavours.

Up until 1999—long after many industrial buildings in the downtown core had closed or moved to the suburbs — the mid-rise structure operated as a factory. 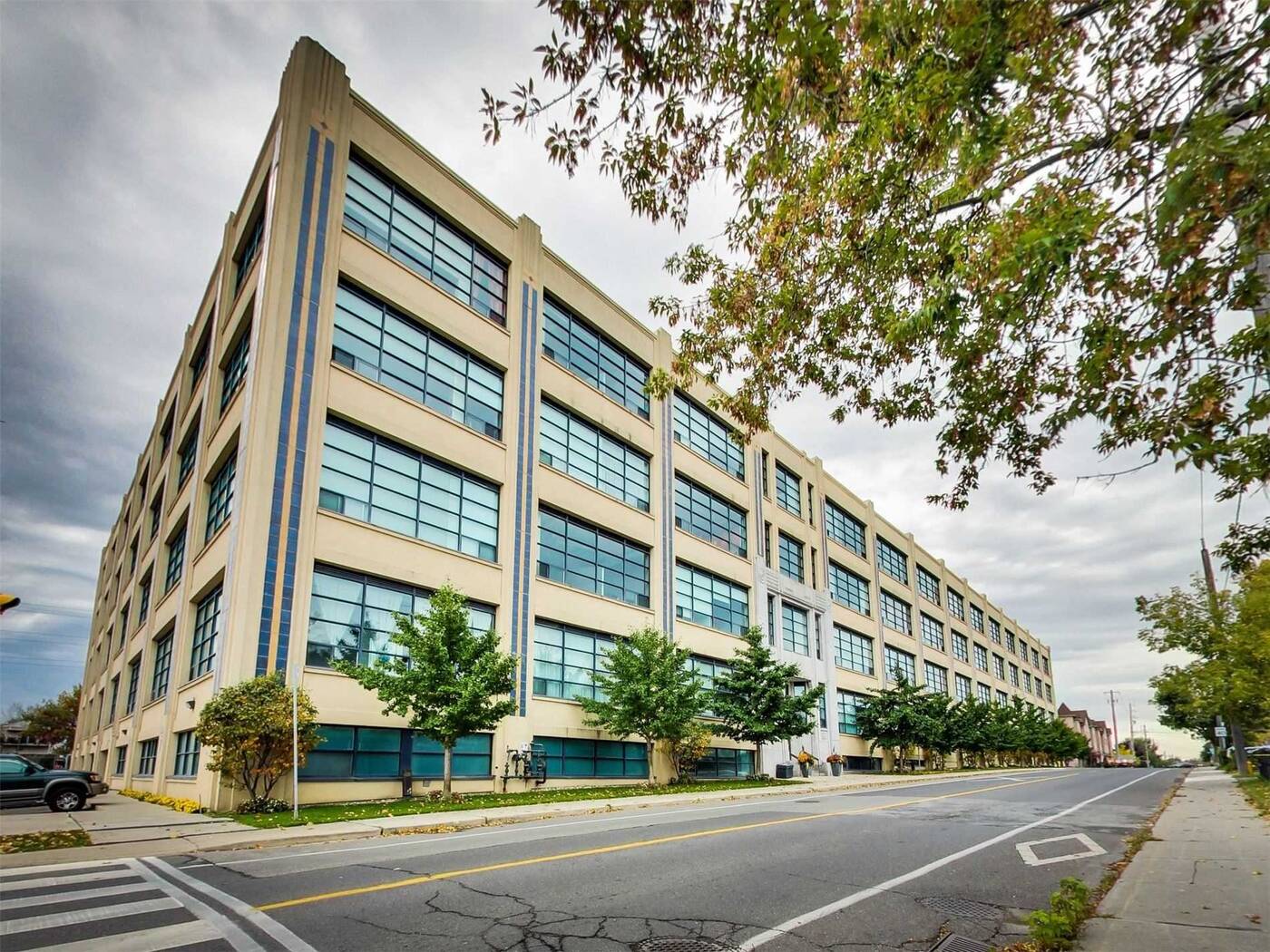 In 2003, it was re-puporsed into a condo building known as the Forest Hill Lofts with 137 units ranging from a small 600-square feet to over 2,000-square-feet. 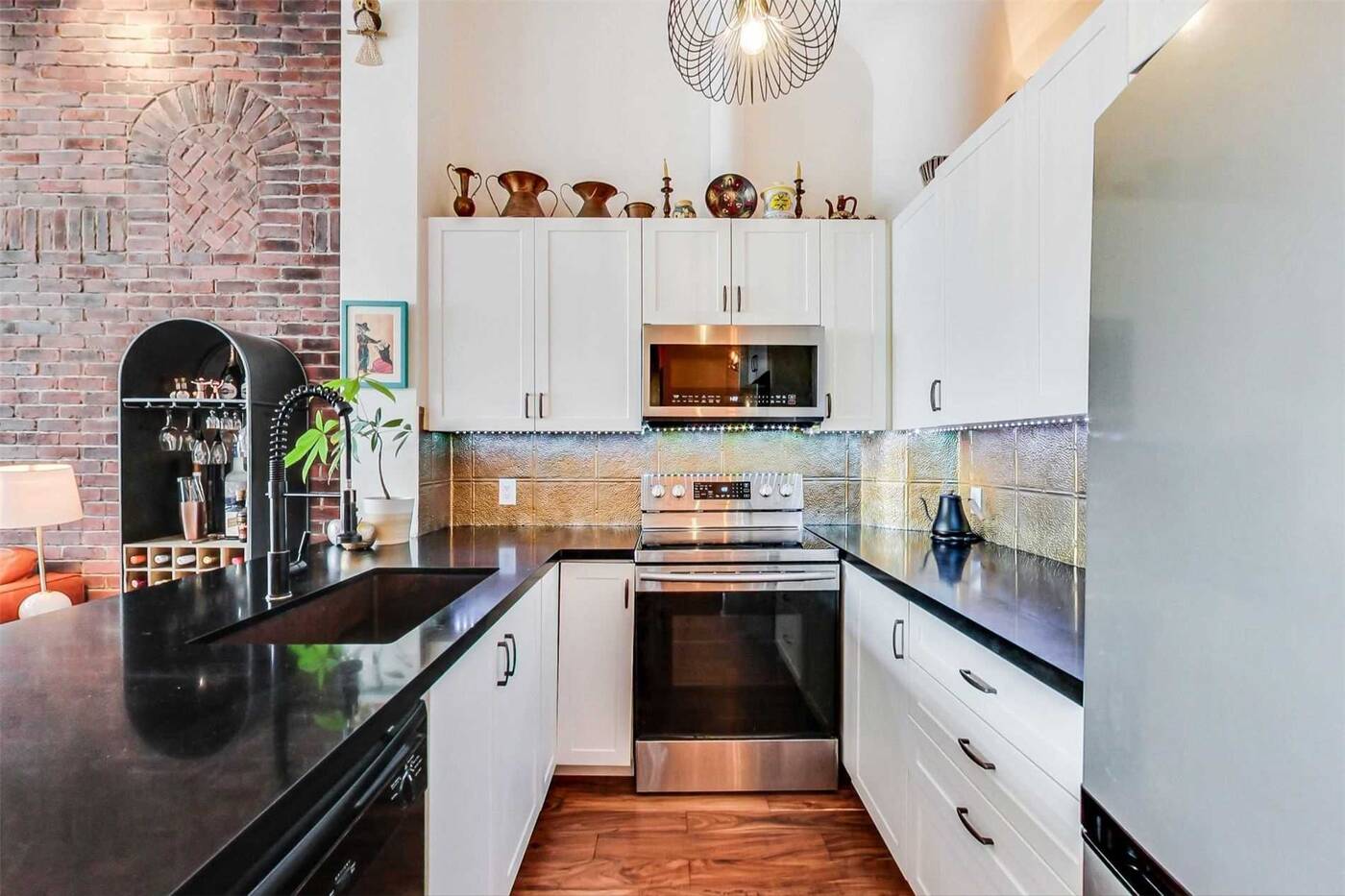 This unit, is a two-bedroom, two-bathroom loft with over 1,000-square-feet of indoor living space. 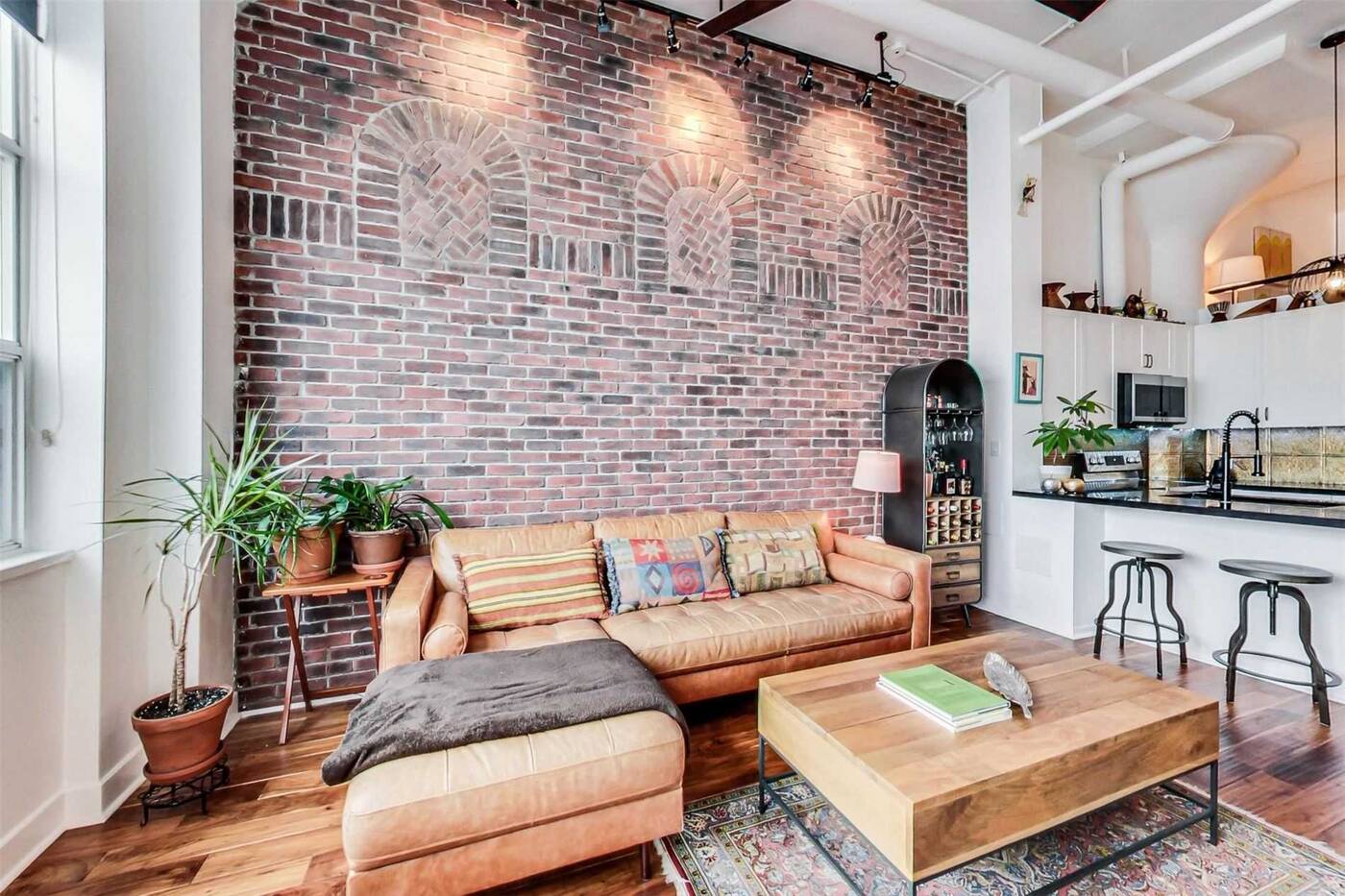 Listed for $799,900, the apartment boasts plenty of charm and character from the custom brick wall to San Miguel De Allende tiles in one of the bathrooms. 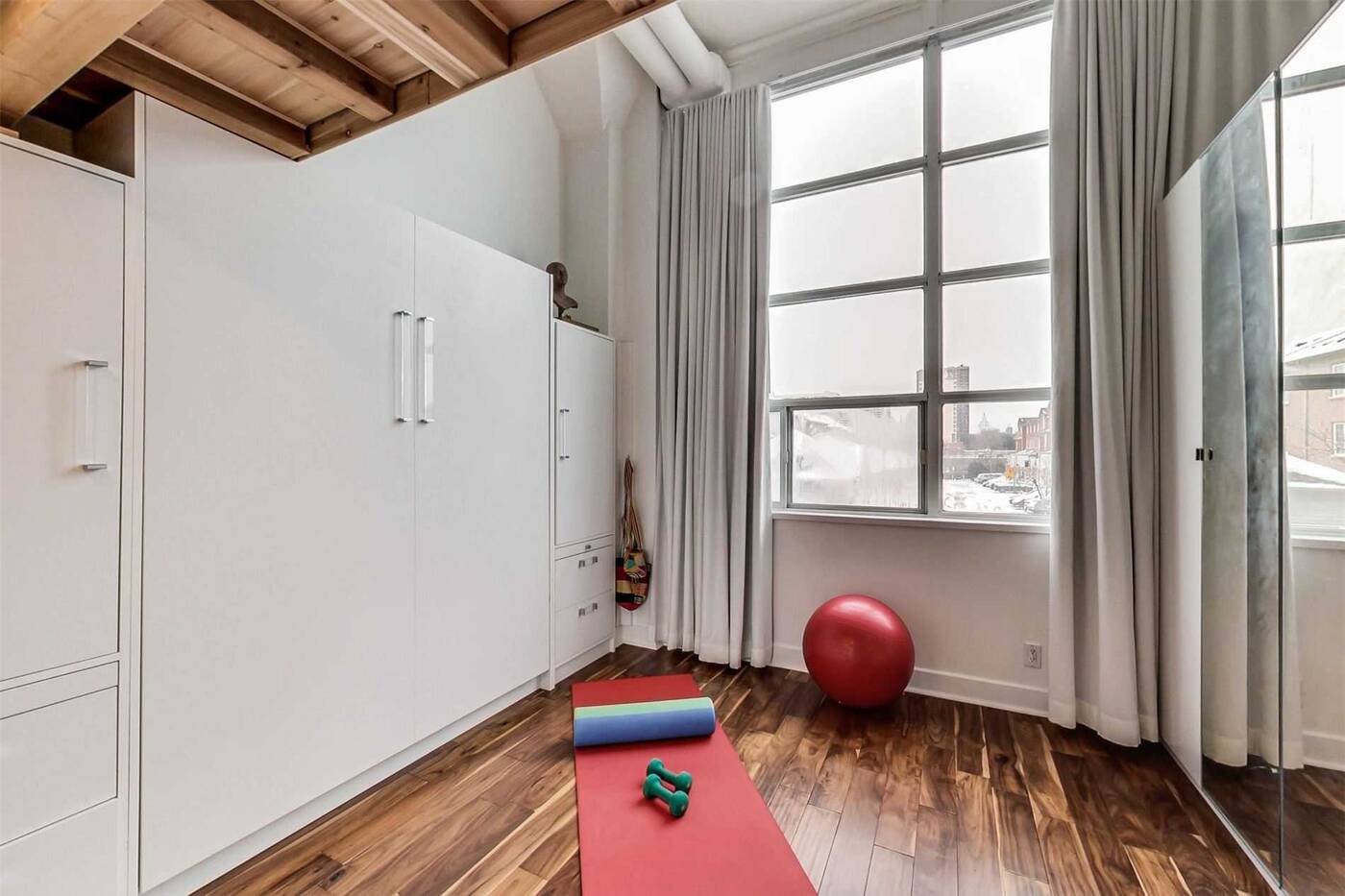 The primary bedroom has built-in storage and can transform easily to a yoga studio.

The apartment has an interesting layout that makes the space great for multi-functional uses. 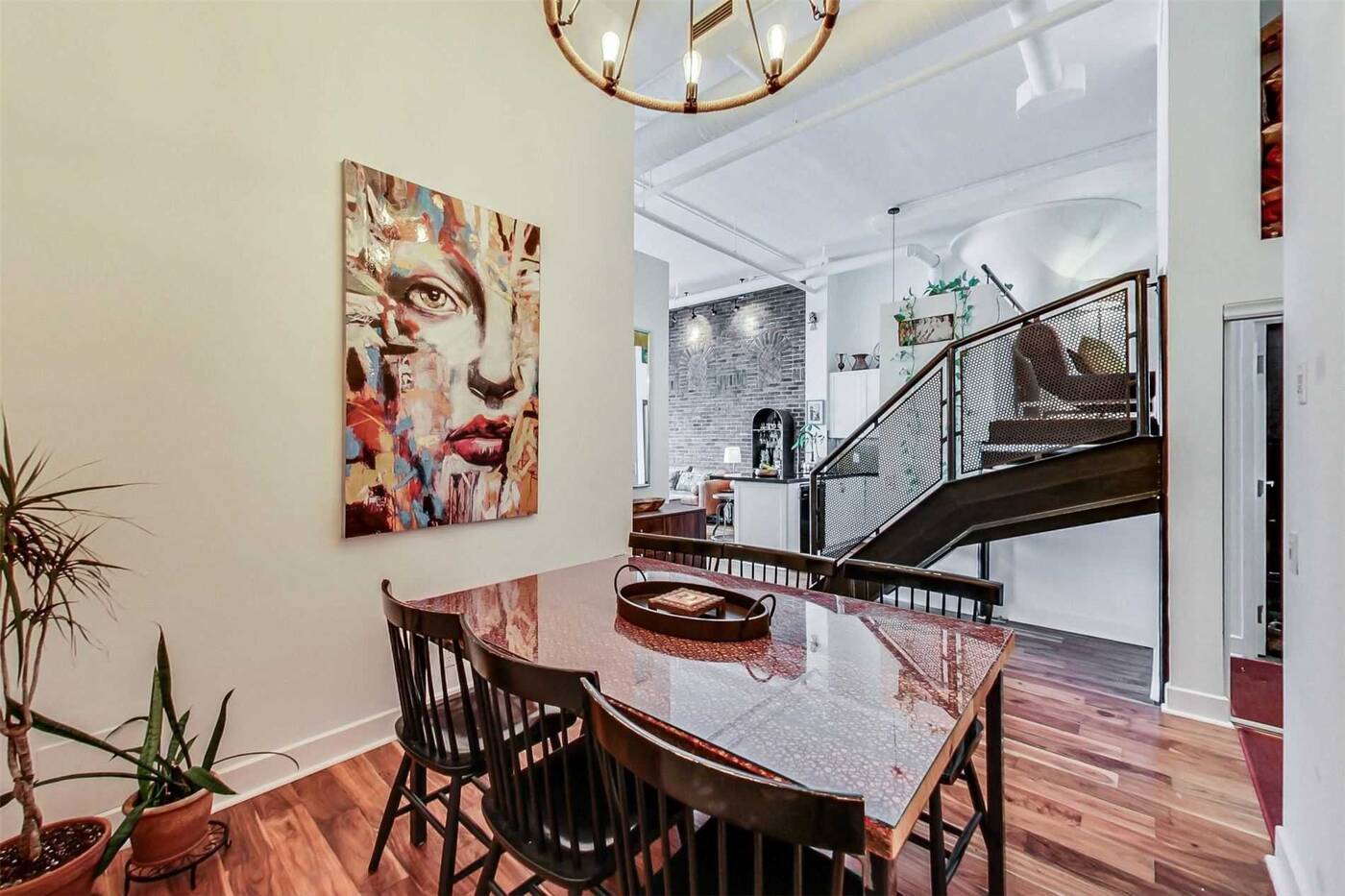 Right upon entry there's a small foyer and a dining room off to the left. 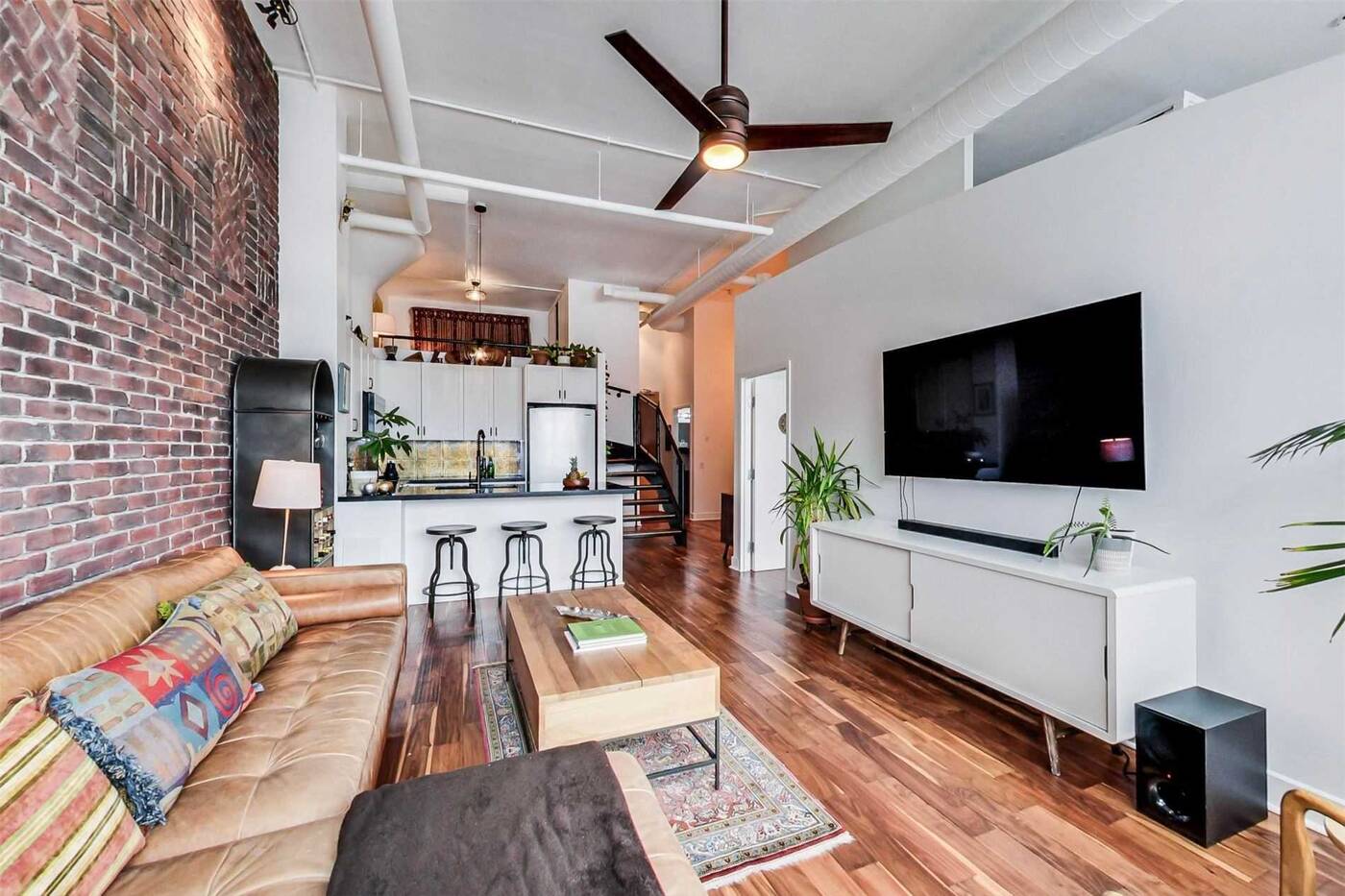 A view of the apartment.

Then the apartment completely opens up with the open concept kitchen and living area. 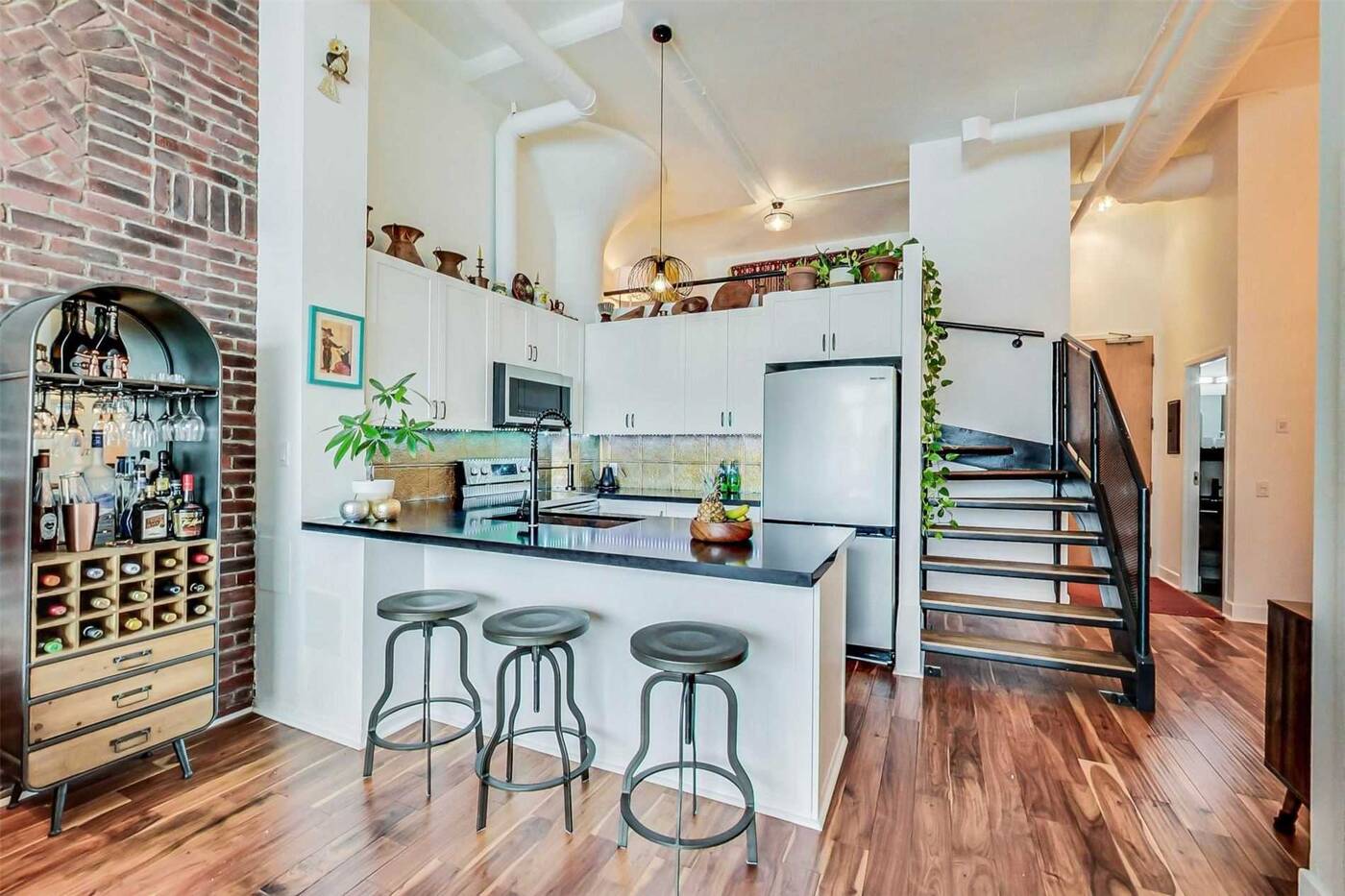 The stairs beside the kitchen lead to a den area.

The soaring ceilings and huge windows really bring life to the space. 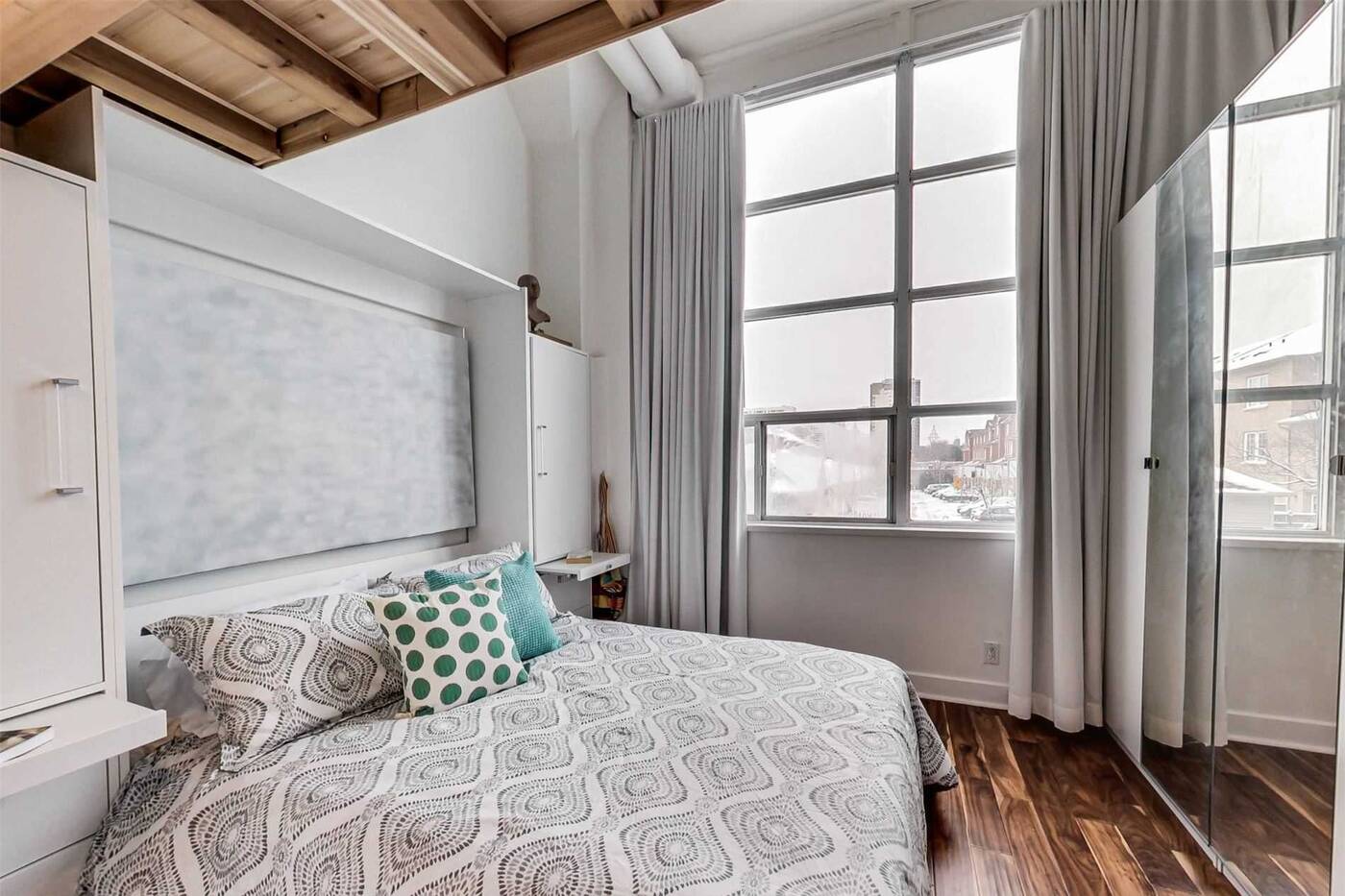 The primary bedroom with the Murphy bed down.

The primary bedroom has a Murphy bed that can be stored away if you want extra room for activities. 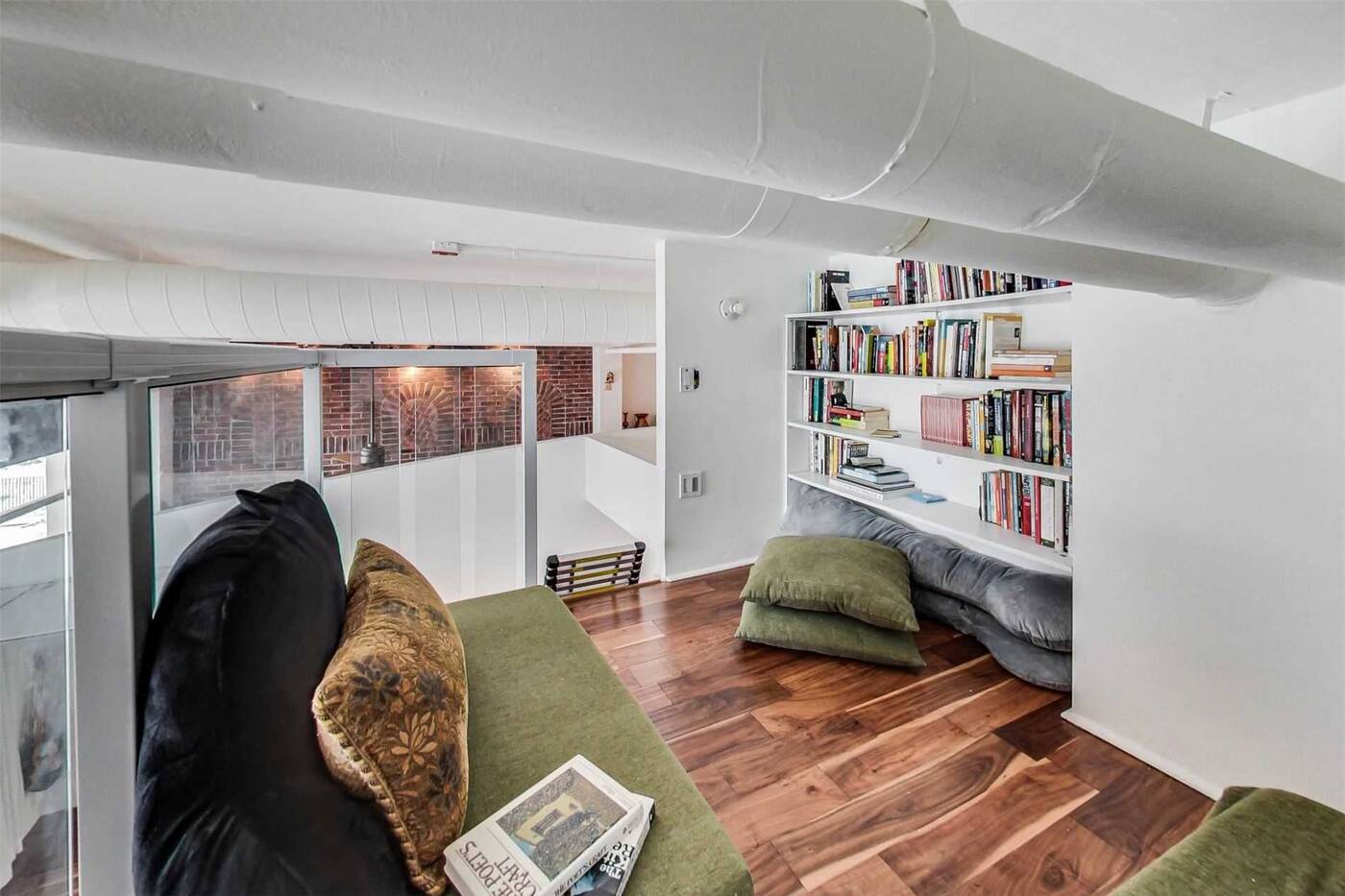 The loft area in the bedroom is cozy with built-in bookcases.

There's also a mezzanine loft area in the bedroom which could be used as an office space or a reading nook, as the realtor notes in the listing. 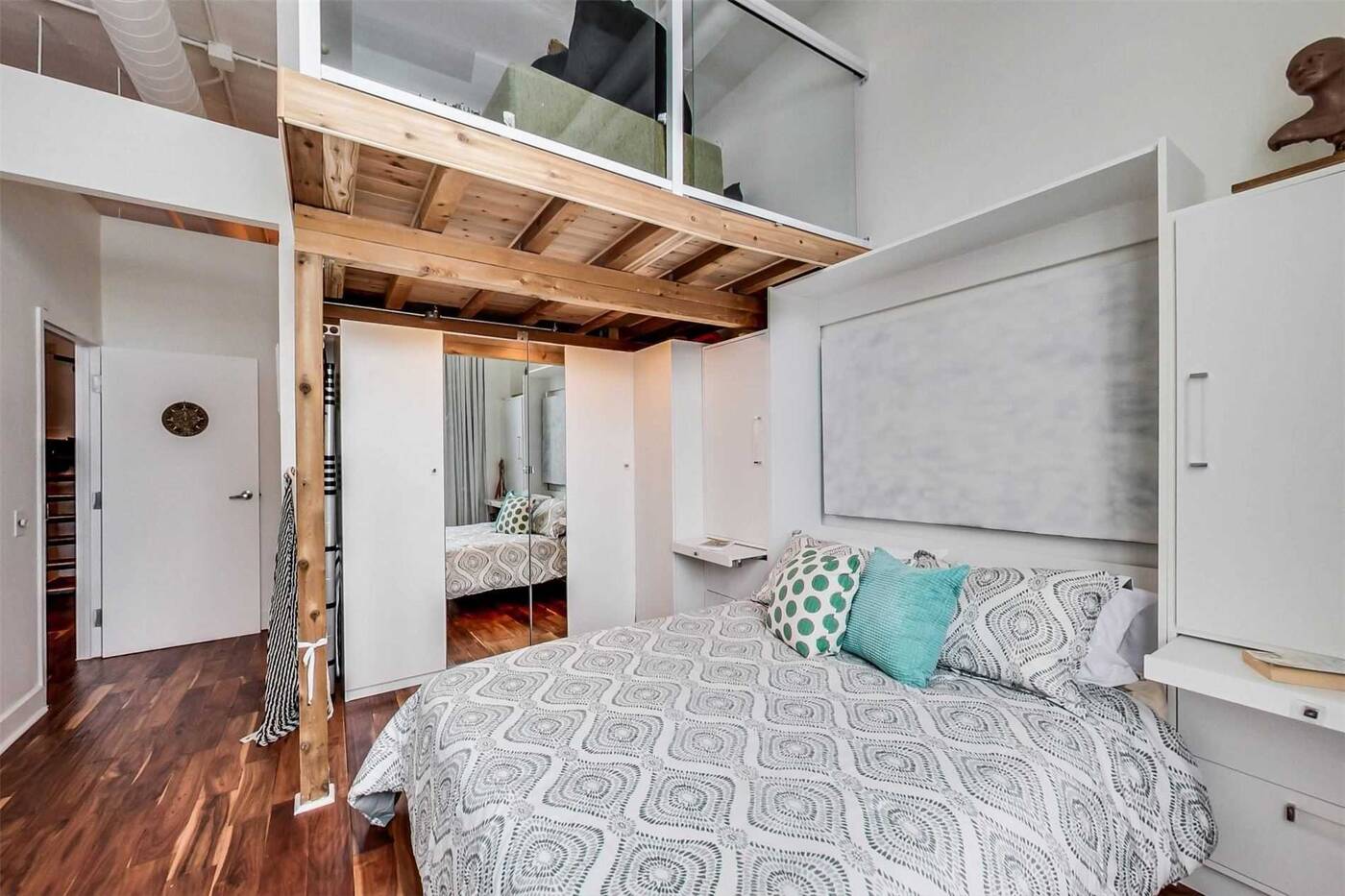 It's like loft inception with a loft within a loft! 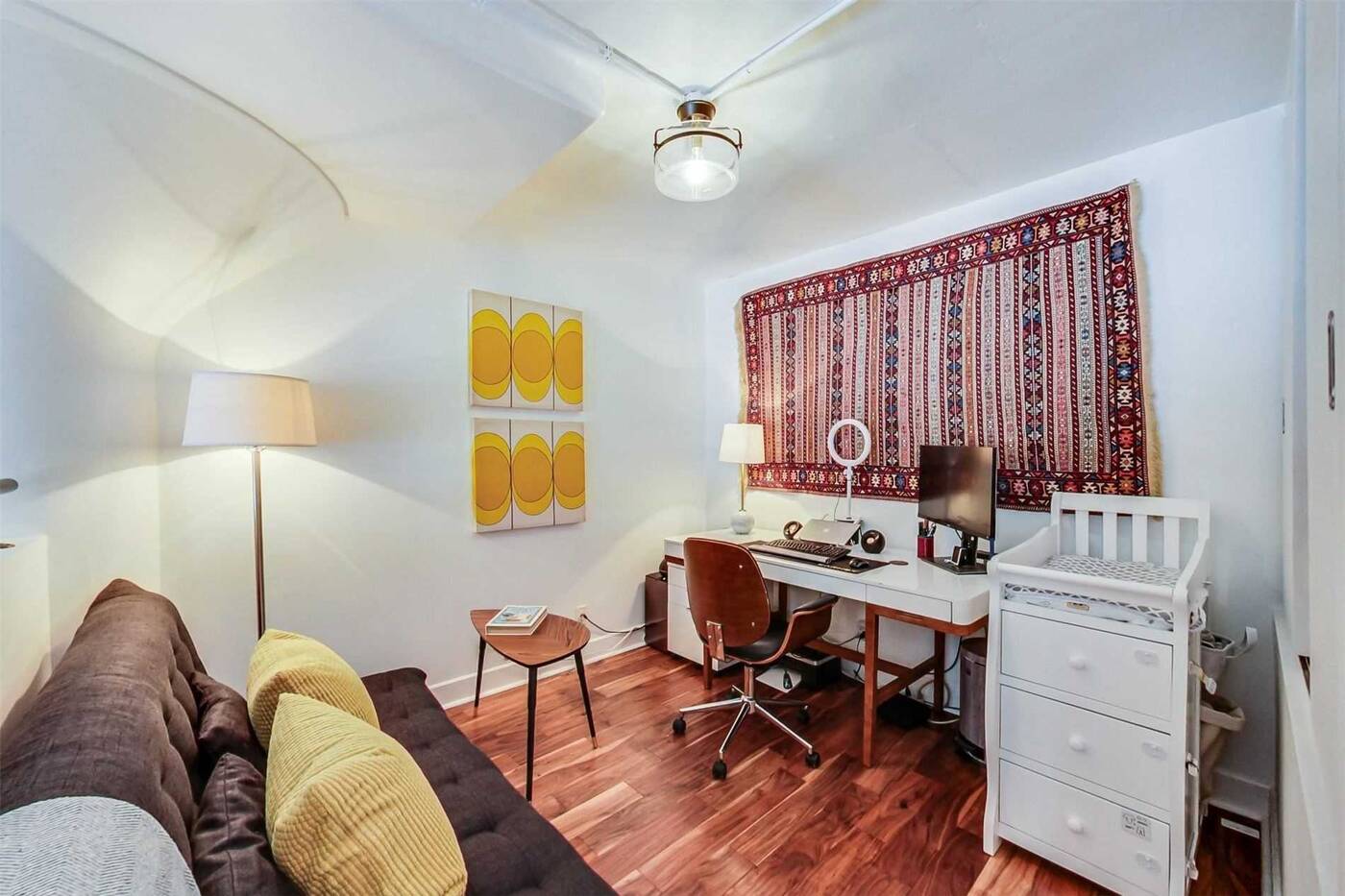 Overlooking the kitchen is a den, which could either be a second bedroom or an office or whatever else your imagination can come up with that space. 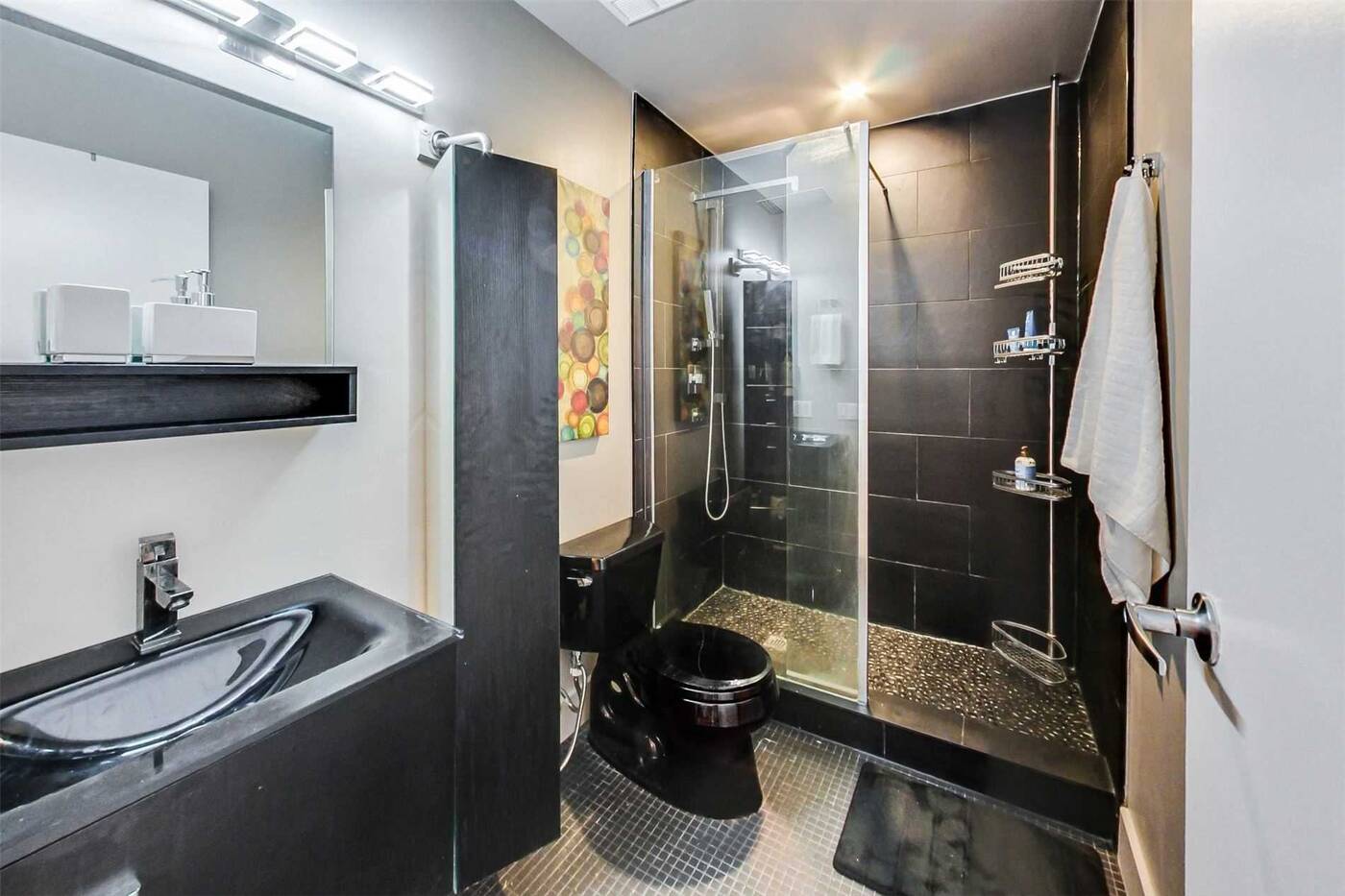 There's also plenty of storage in the form of a crawl space under the den, which can be accessed via the front hall closet. 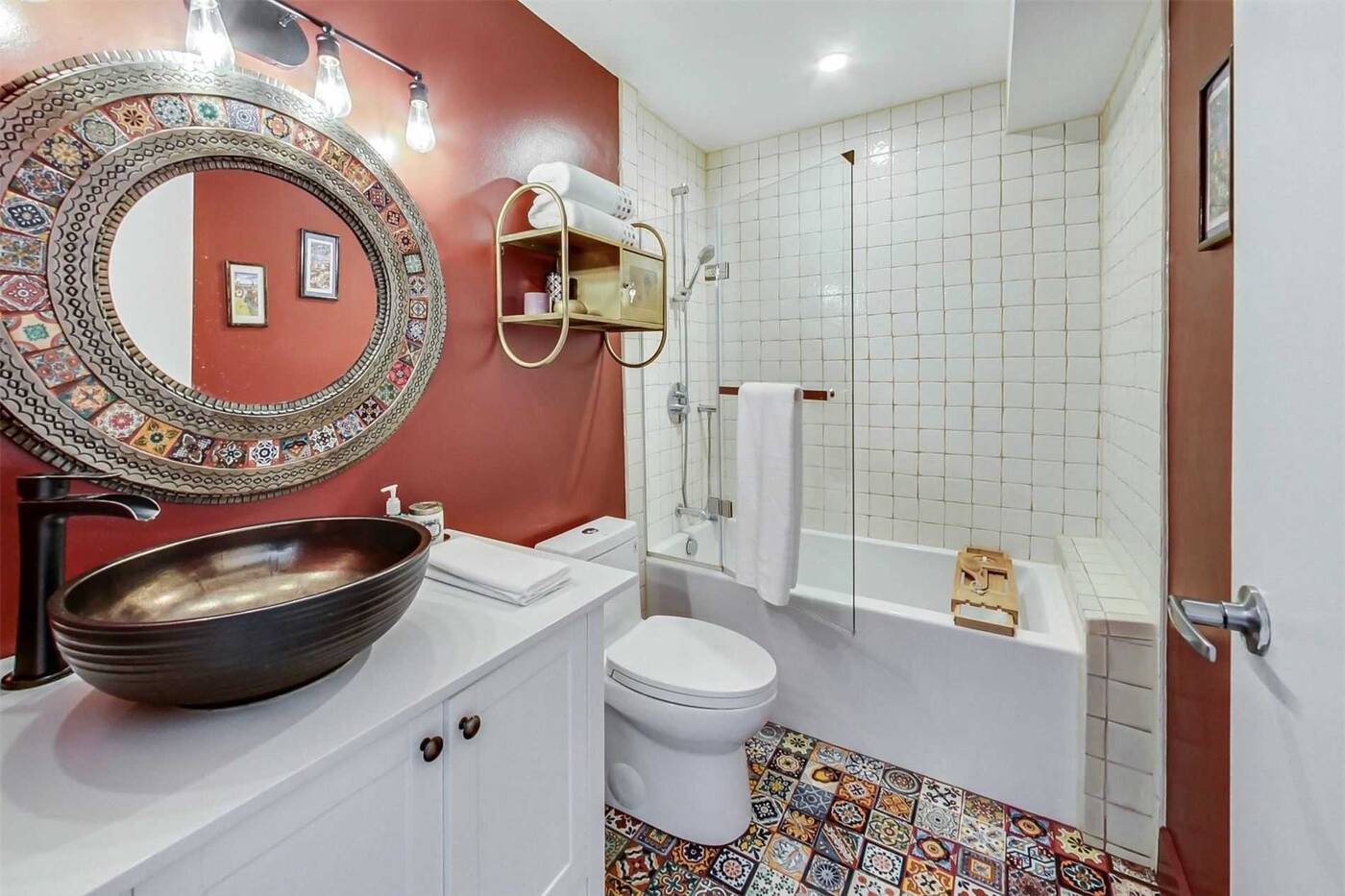 The other bathroom with San Miguel De Allende tiles.

And unlike many hard loft buildings in this city there are actually amenities. 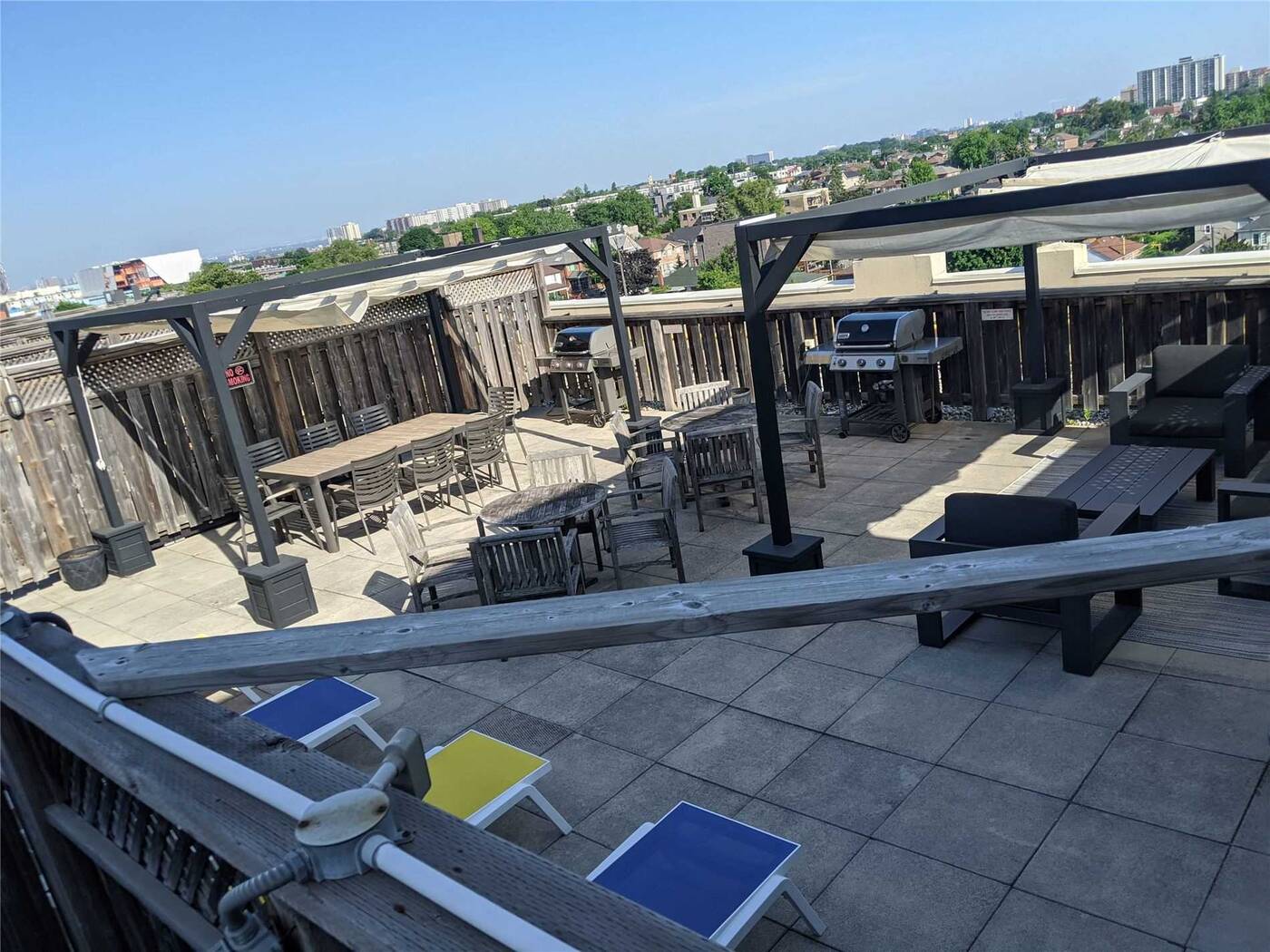 Due to the size of the building the developers were able to add a gym, party rooms and a rooftop terrace. There's even guest parking! 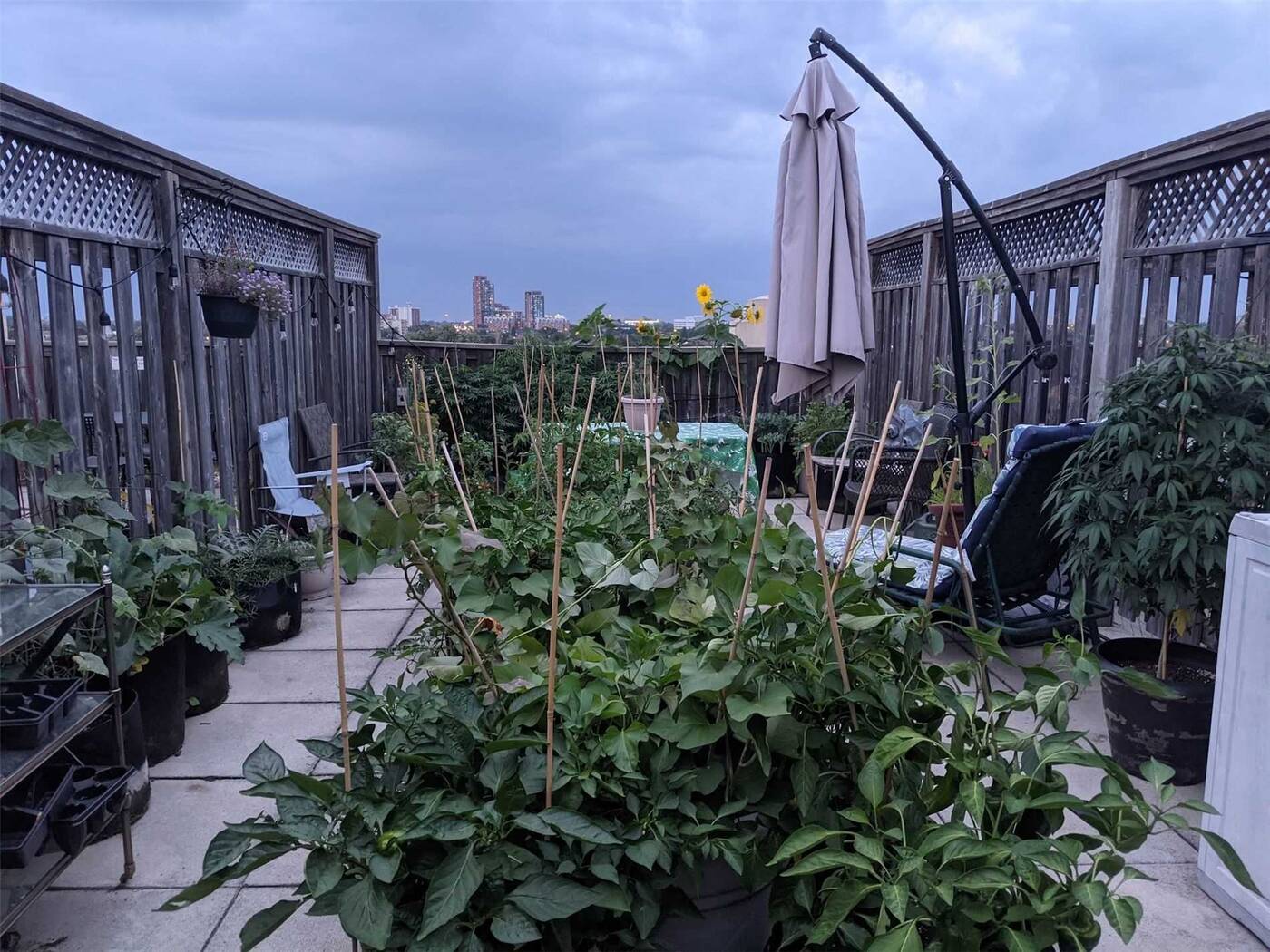 The private terrace that comes with the plant pots.

And if that wasn't enough to make this authentic loft a unicorn it even has a more than 400-square-foot private terrace. 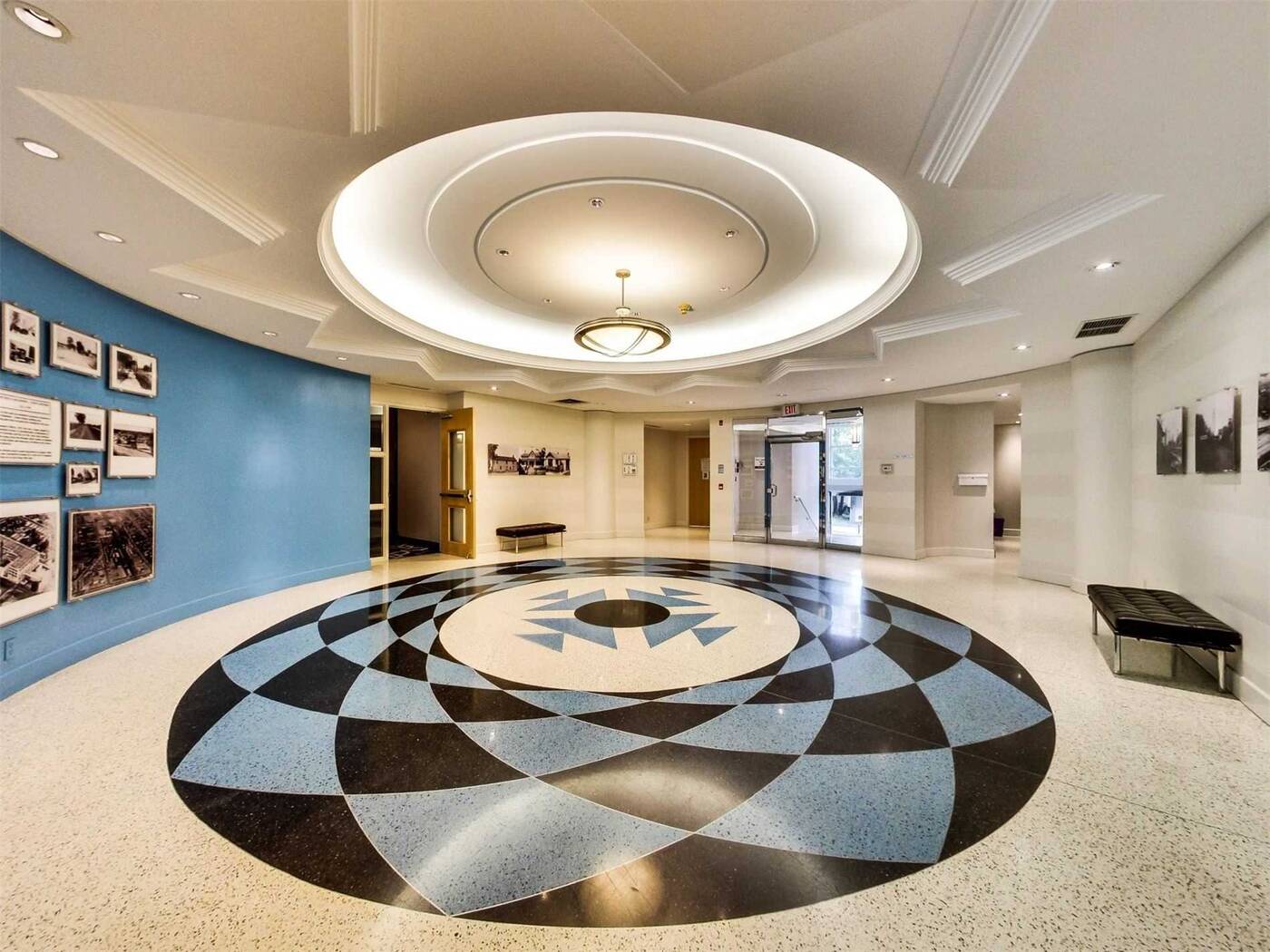 Seriously, this one's a gem that won't last long.