The Scarborough City Centre area's dated postmodern vibe got a jolt of modernity when a new Toronto Public Library branch opened in 2015, and the neighbourhood is about to get another addition of avant-garde architecture.

An application tabled with the city on Tuesday seeks approval to build a new Toronto Paramedic Services (TPS) Multifunction Paramedic Station at 330 Progress Avenue, a plan that has already generated buzz in architecture circles for its striking angles and enviro-friendly design from the team of Diamond Schmitt Architects and gh3.

The building's roof is to be covered in photovoltaic arrays powering the vital equipment within.

Planned on the site of the Toronto Police Service Property Unit — a stretch home to mostly light industrial uses west of the denser Town Centre area — the building will stand out from its nondescript surroundings with a sleek bunker-like exterior that harnesses the sun to power the critical paramedic equipment housed within.

Envisioned with net-zero strategies in mind, the proposal's sustainable mass-timber structure will offer a 34 per cent reduction in embodied carbon compared to the structural steel typically used for such builds.

A sawtooth roof directs its many photo-voltaic array-covered faces to the south to maximize solar power generation, while a tilted south-facing solar wall further reduces energy consumption by 15 per cent. 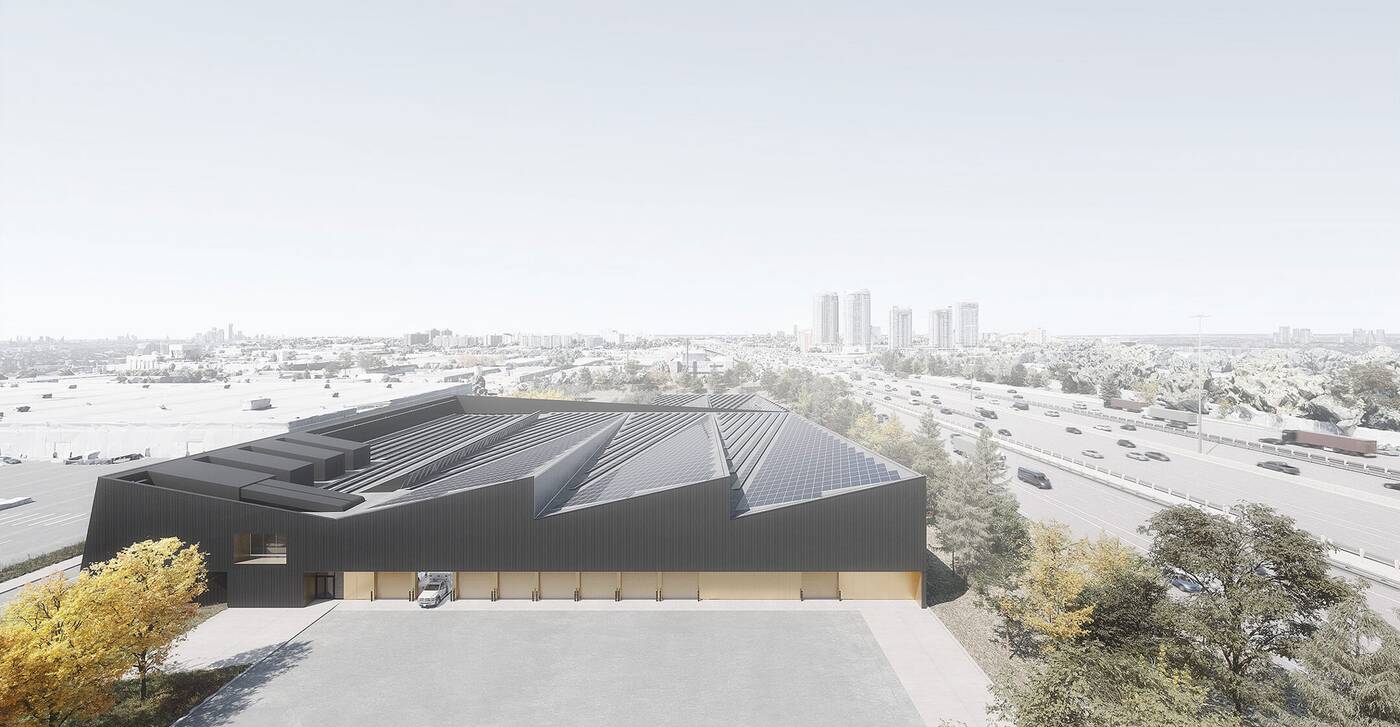 The sawtooth pattern angles the photovoltaic arrays to the south to maximize solar exposure.

The interior will be arranged around a linear atrium with a skylight above, housing station functions including an administrative and education block, a command post, offices, parade room, a kitchen and lounge, a meeting room, lockers for 700 staff and visitors, and bays for 40 ambulances and 20 supervisor vehicles. 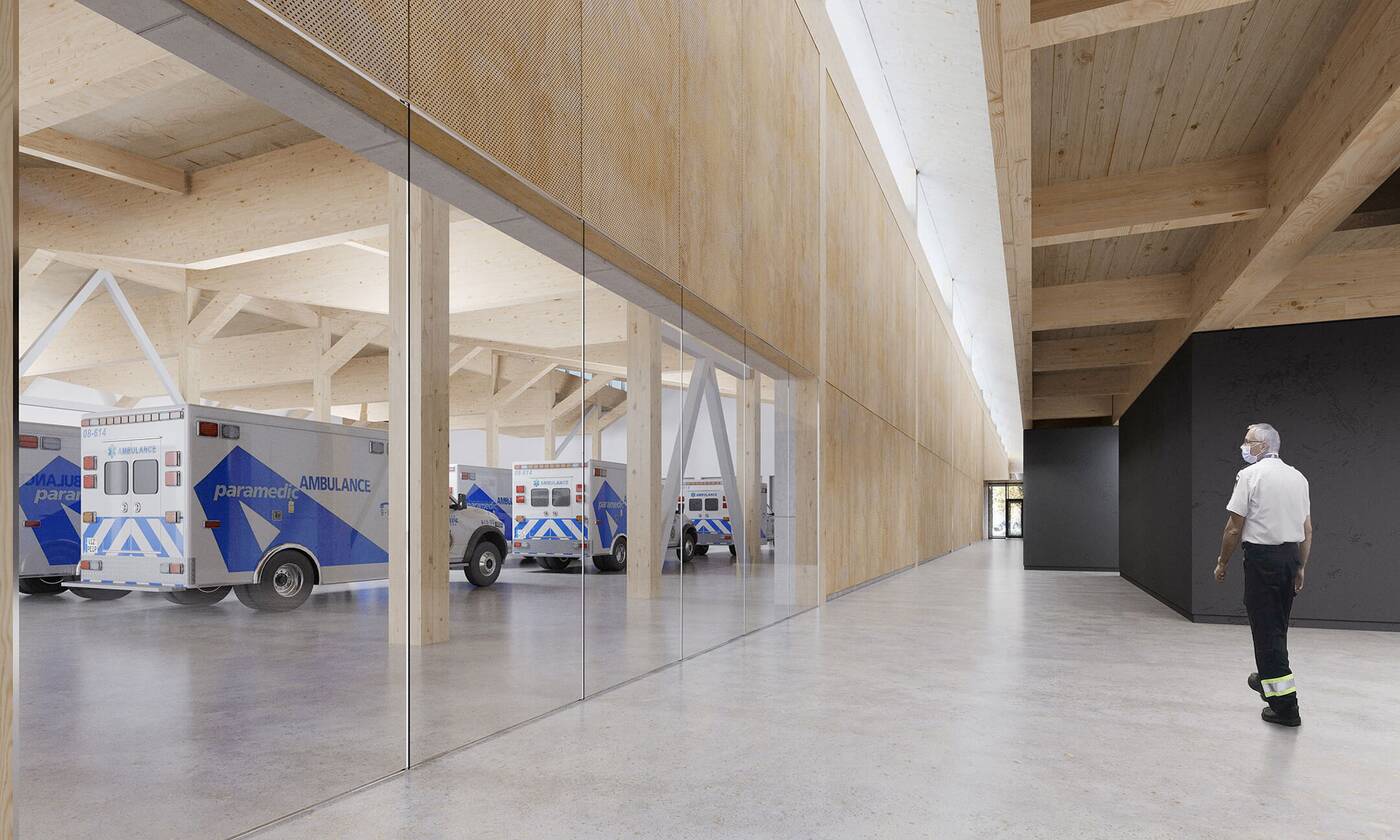 Shaving off another 17 per cent of energy use, the station will be the first ambulance facility in Canada to include interior vestibules for its dozen overhead vehicle doors, preventing winter cold or summer heat from entering the station when vehicles depart and arrive.

This forward-thinking design hasn't gone unnoticed, the building among seven recipients of an Award of Merit by the 2021 Canadian Architect Awards, selected from a pool of over 170 entries in the design phase from across the nation. 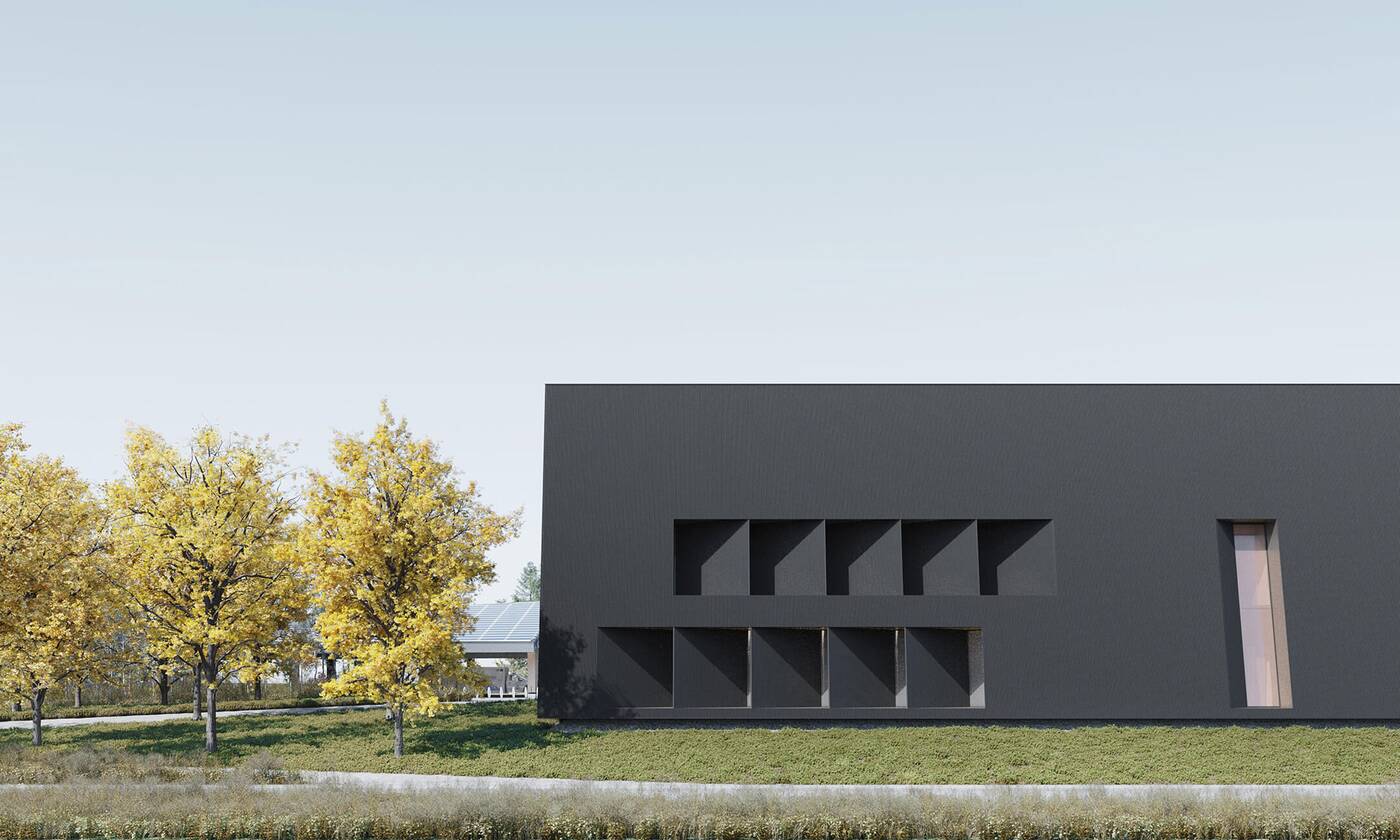 The building's design has been lauded, taking home an Award of Merit at the 2021 Canadian Architect Awards.

With a projected construction cost just shy of $50 million, the project is anticipated to be complete in 2024.