Developer Camrost Felcorp is bringing a four-tower megacomplex to City Centre Drive, just south of Square One in the heart of Mississauga, the centrepiece being a 66-storey building that will stand as one of the tallest in that city.

Known as EX3, the community's flagship tower will be crowned by a sprawling 10,000 square foot penthouse suite, which just hit the market for an absurdly high price.

The pre-construction unit is going for a steep $15 million, setting a record for the highest-ever asking price for a condo in Canada's sixth-largest city. 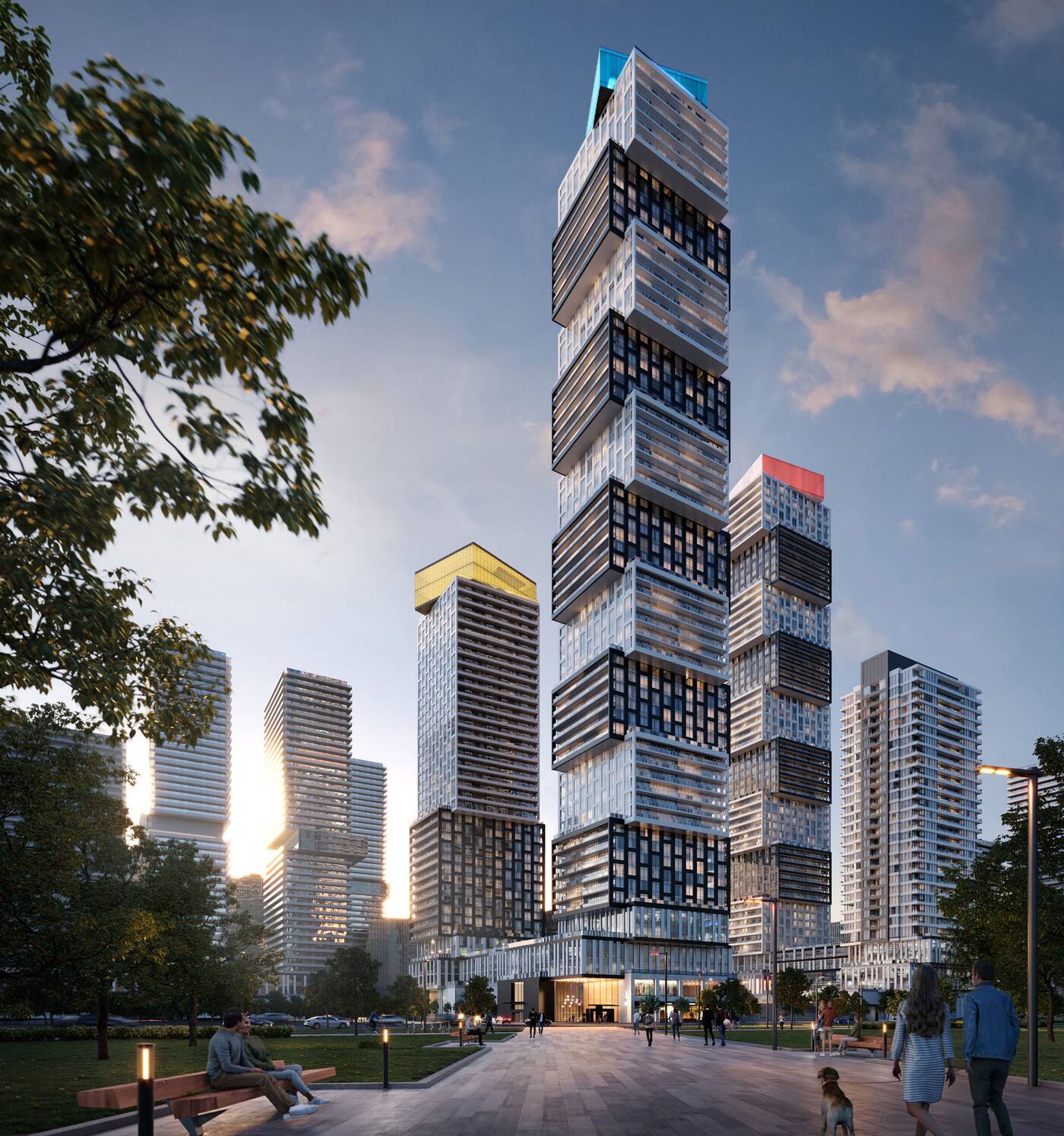 At that price, the unit is not just the most expensive condo on the market in Mississauga, but also ranks among the steepest prices for a condo anywhere in the wider Greater Toronto Area.

Even in downtown Toronto, the highest-priced condos are listed for between $10-19 million, though these are nowhere near the size of this Mississauga penthouse.

Camrost Felcorp's Vice President of sales and marketing, Christopher Castellano, mentions "the value [the penthouse unit] offers on a price per square foot, compared to downtown Toronto," meaning that while this unit is still costly, it's actually much cheaper pound for pound than the priciest penthouses in the 416.

According to the Toronto Regional Real Estate Board, the average price of a condominium apartment in the 905 reached just shy of $607K in November. So what will a condo priced at over 22 times the local going rate get you?

Well, for starters, an entire floor perched high above the 3.5-acre mixed-use development.

The penthouse suite at EX3 will occupy the entire upper floor of the 66-storey tower, with nearly 8,000 square feet of interior living space surrounded by over 2,000 square feet of balconies that offer views of the surrounding city as well as the Toronto skyline to the east and Lake Ontario to the south.

The 10,000 square foot penthouse suite at EX3 will occupy the entire top floor of the 66-storey tower. Rendering via CNW Group/Camrost Felcorp.

And even if heights aren't your thing, the suite's massive interior will offer perks that rival large single-family homes.

It features five bedrooms with staff quarters (because when you're that rich, you aren't doing the upkeep yourself), a private wine cavern (once again $$$), two laundry rooms, two large walk-in closets, and even a private fitness space and fully-equipped gym.

Not only that, but the unit's ultra-wealthy buyer won't even have to associate with us common normies thanks to an elevator service that shuttles residents between the penthouse suite and a private underground garage with five parking spaces — a completely realistic amount of cars to own while the planet is in a climate crisis.

The reveal of this deluxe apartment in the sky follows on the heels of a sold-out launch for the 505 units below earlier this fall.