Toronto's Don Mills neighbourhood could be getting a giant boost in residential density and gorgeous new public spaces, but they would come at the cost of a group of existing low-rise apartment buildings.

New applications submitted with the city might foreshadow moving trucks for residents of a group of four low-rise residential apartment buildings just southeast of CF Shops at Don Mills, at 1053 Don Mills Road and 2-6 The Donway East. 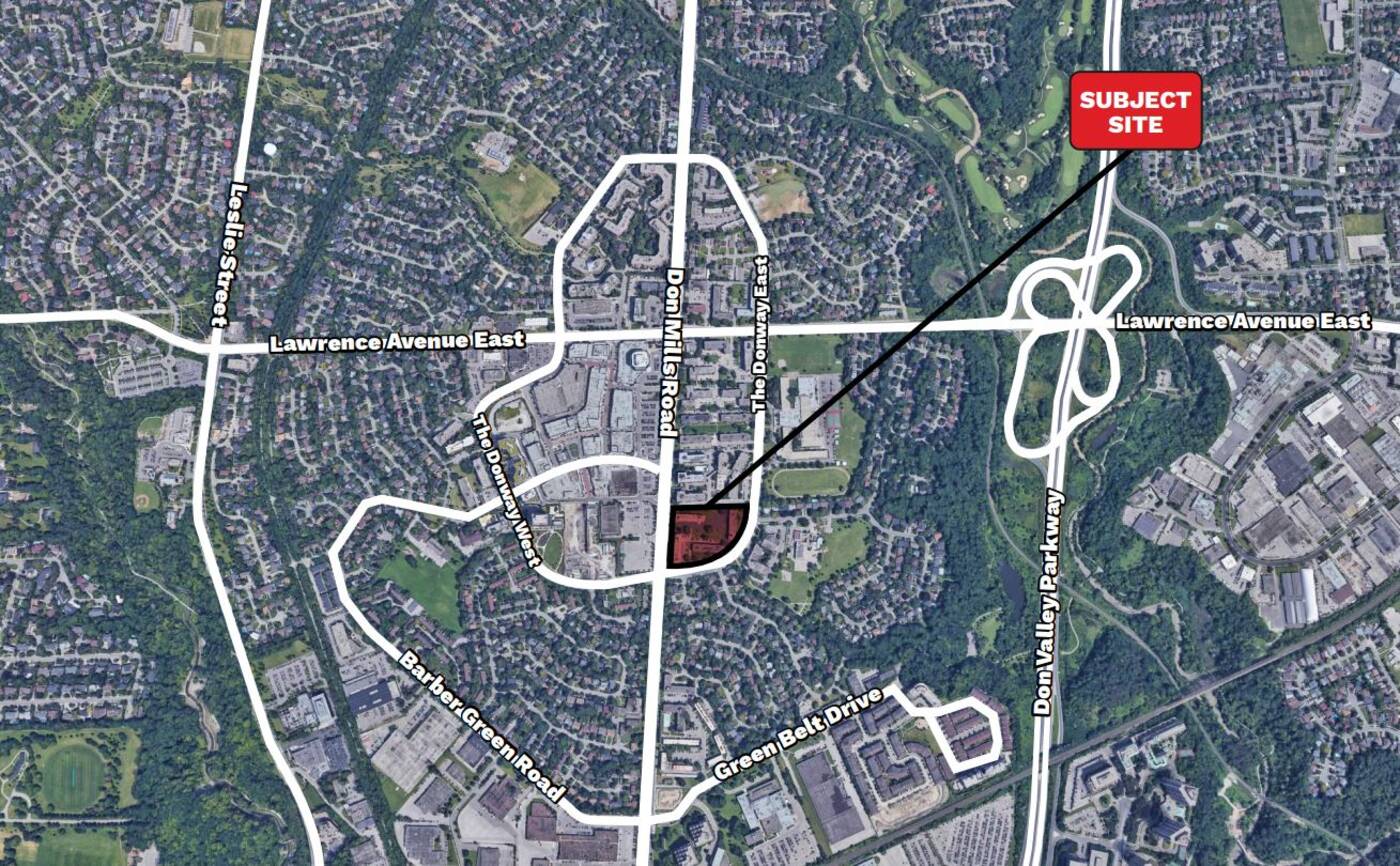 Site of the proposed development in the Don Mills neighbourhood. Image by Bousfields Inc.

In place of the existing apartments, developer Plaza wants to introduce a complex with four new residential buildings. Designed by architects BDP Quadrangle, these towers are proposed with heights of 16, 24, 28, and 32 storeys, rising from six-storey podiums. 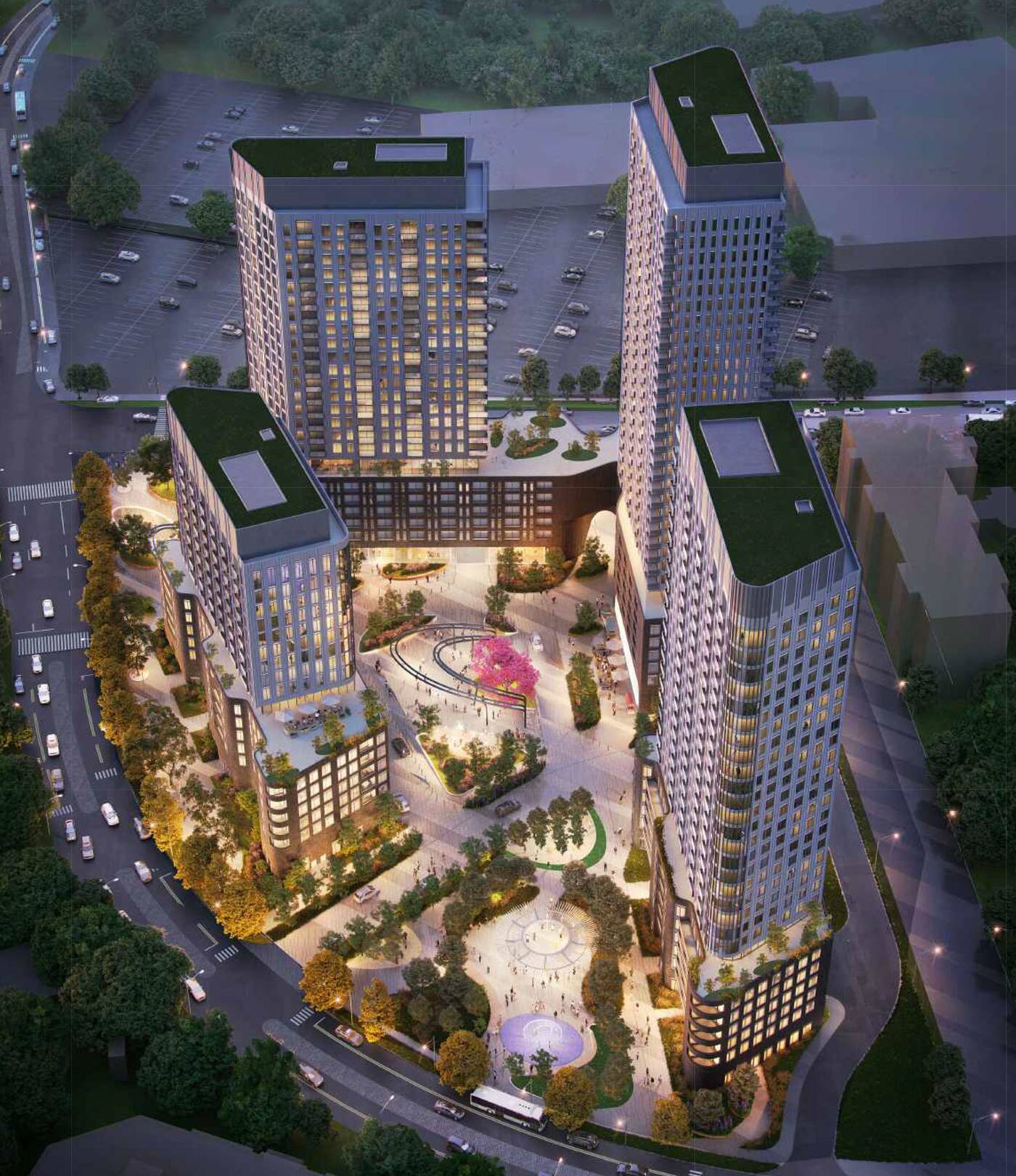 Aerial view of the new development, which would bring four residential towers and new parkland to the area. Rendering by BDP Quadrangle.

All 160 rentals on-site today would be replaced with new units as per city policy, joined by 34 new purpose-built rentals, almost 1,000 condominiums, a new north-south street and public spaces for the community.

One standout element, the towers' podiums would feature sculptural forms and red brick finishes, including arched windows framing ground-level residential units and a dramatic pedestrian tunnel connecting to the interior of the site. 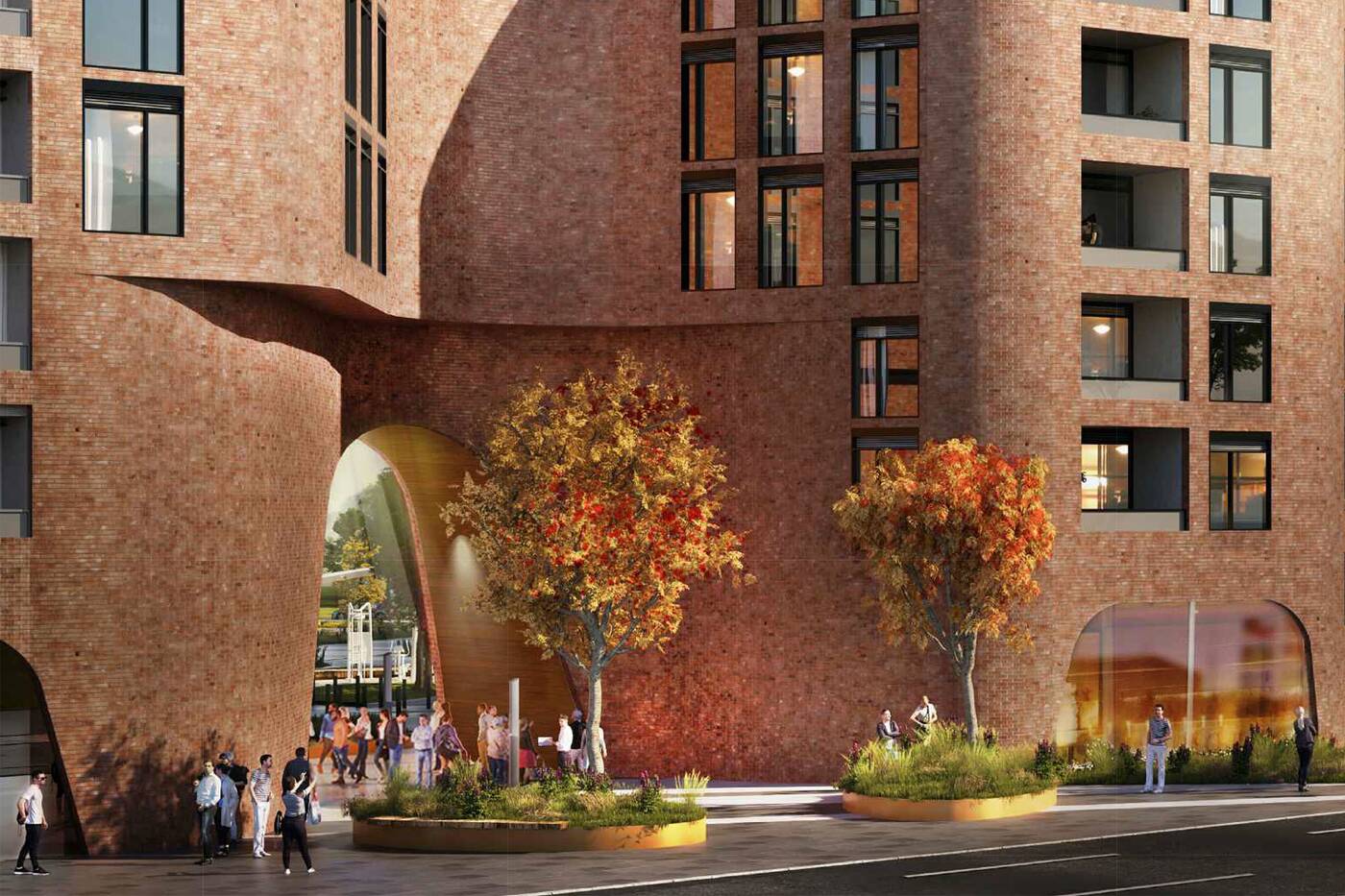 A pedestrian tunnel would allow foot traffic to easily reach the heart of the community. Rendering by BDP Quadrangle.

This cluster of buildings would frame a pair of privately-owned, publicly accessible open spaces, including a central courtyard, while the developer would also offer up 1,791 square metres of new public parkland to the city, located at the southeast corner of the site. 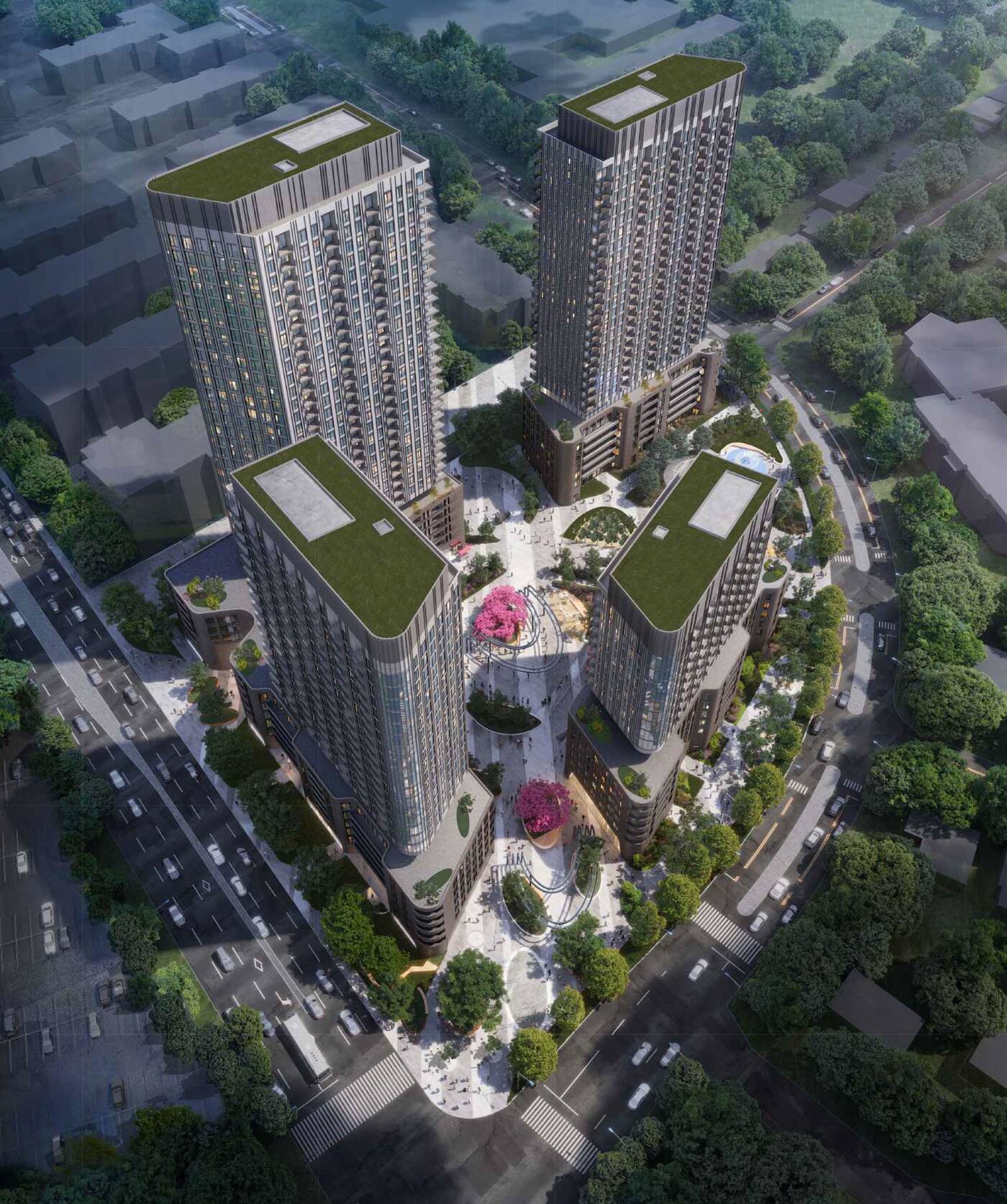 The towers would be centred around public and publicly-accessible spaces. Rendering by BDP Quadrangle.

Replacement of aging rental housing stock and new parkland isn't cheap to build, and these community improvements would be funded by the construction and sales of 991 condominium units. 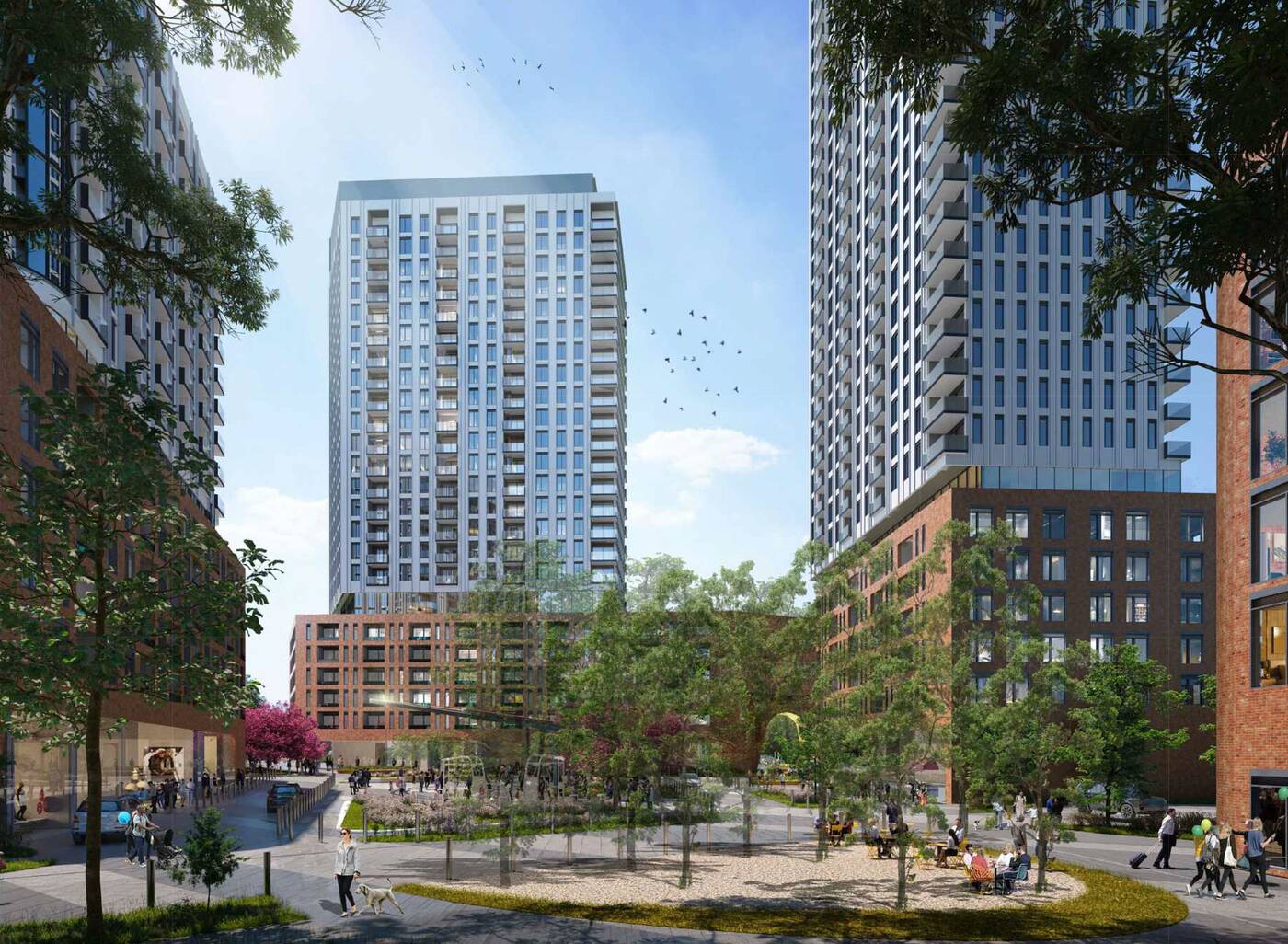 Publicly-accessible space is a key element in the community's design. Rendering by BDP Quadrangle.

Combining the condos and rentals, a whopping 1,185 new residential units are proposed to answer the overwhelming demand for new housing in the city, though some locals might recoil at the numbers being proposed here. 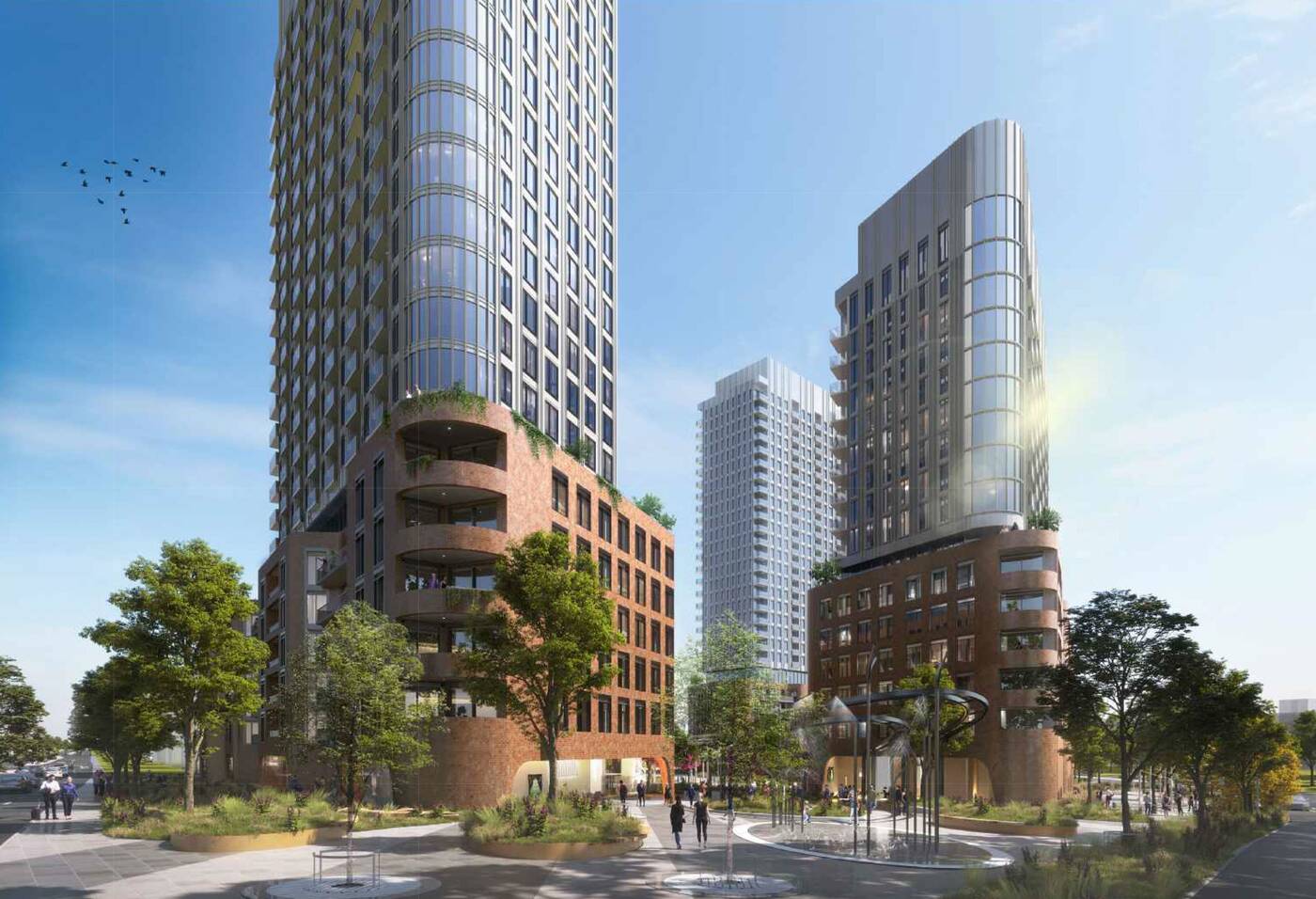 The towers' bases would funnel foot traffic into the site. Rendering by BDP Quadrangle.

The latest proposal represents the continuation of a years-long boom that has already seen thousands of new condo units built in the area, catalyzed by the 2009 opening of the Shops at Don Mills.