This piece of concrete in Toronto is selling for $1 million

While space in Toronto comes at a premium it's still hard to believe a slab of concrete might be worth $1 million.

Listed for $995,000, 2387 Weston Road is no paved paradise. In fact, it looks kind of like a demolition site – and if you look back at the history of the address that is what it actually is.

The Artcube art gallery used to be here until the building collapsed in on itself in 2019. 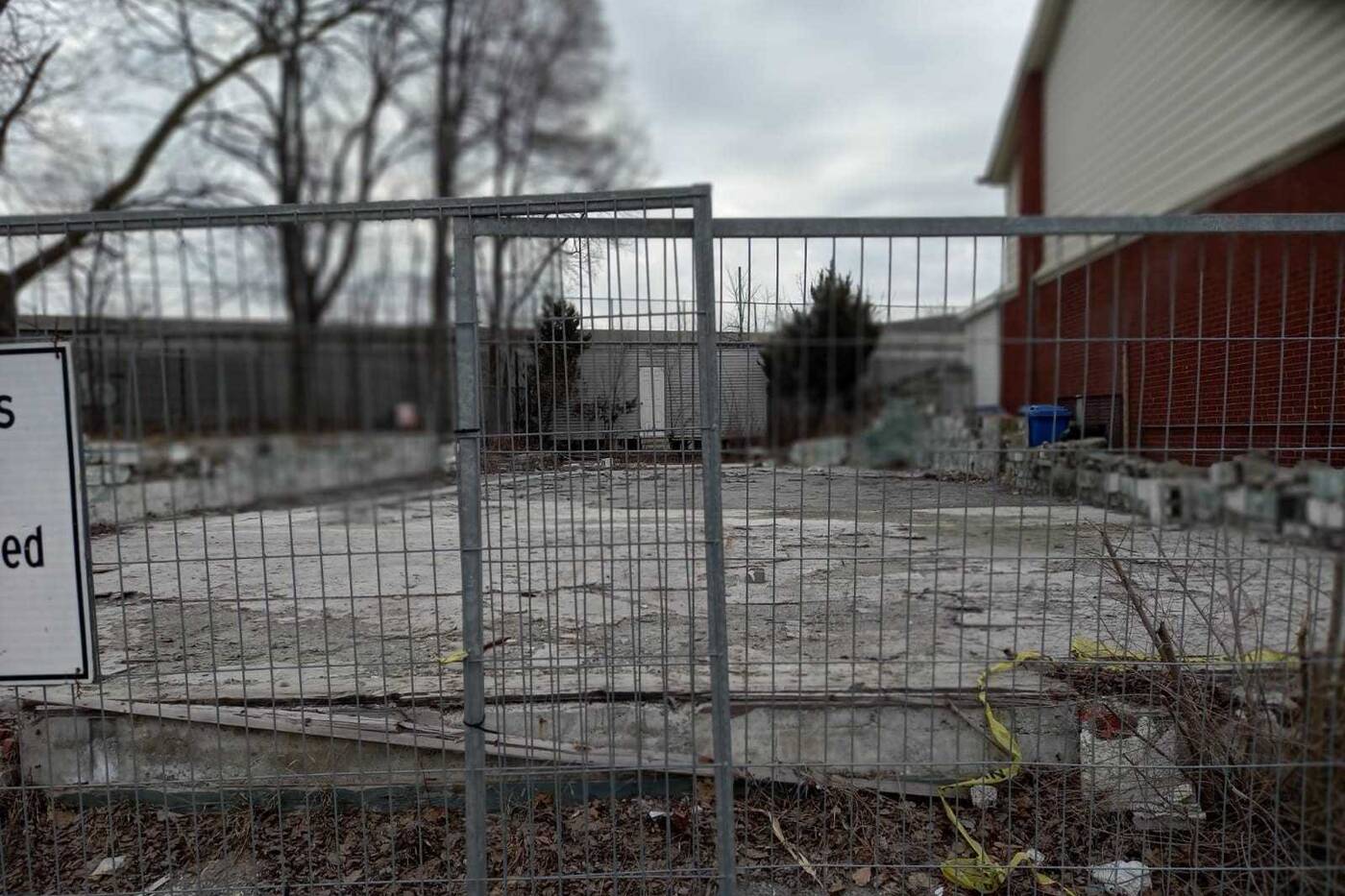 A view of the site.

Now the remnants of the foundation are up for sale and if you can look past the cracked concrete and grim demolition fence the spot has potential.

The listing notes the semi-commercial piece of land is in a prime location – on a busy intersection and close to the 401.

It also offers more than 3,900-square-feet of space to build on and comes with a large storage box.

The listing says this piece of land would be good for a home – likely because the land is zoned as residential – but I can't imagine this being a prime location to live despite the homes next door. 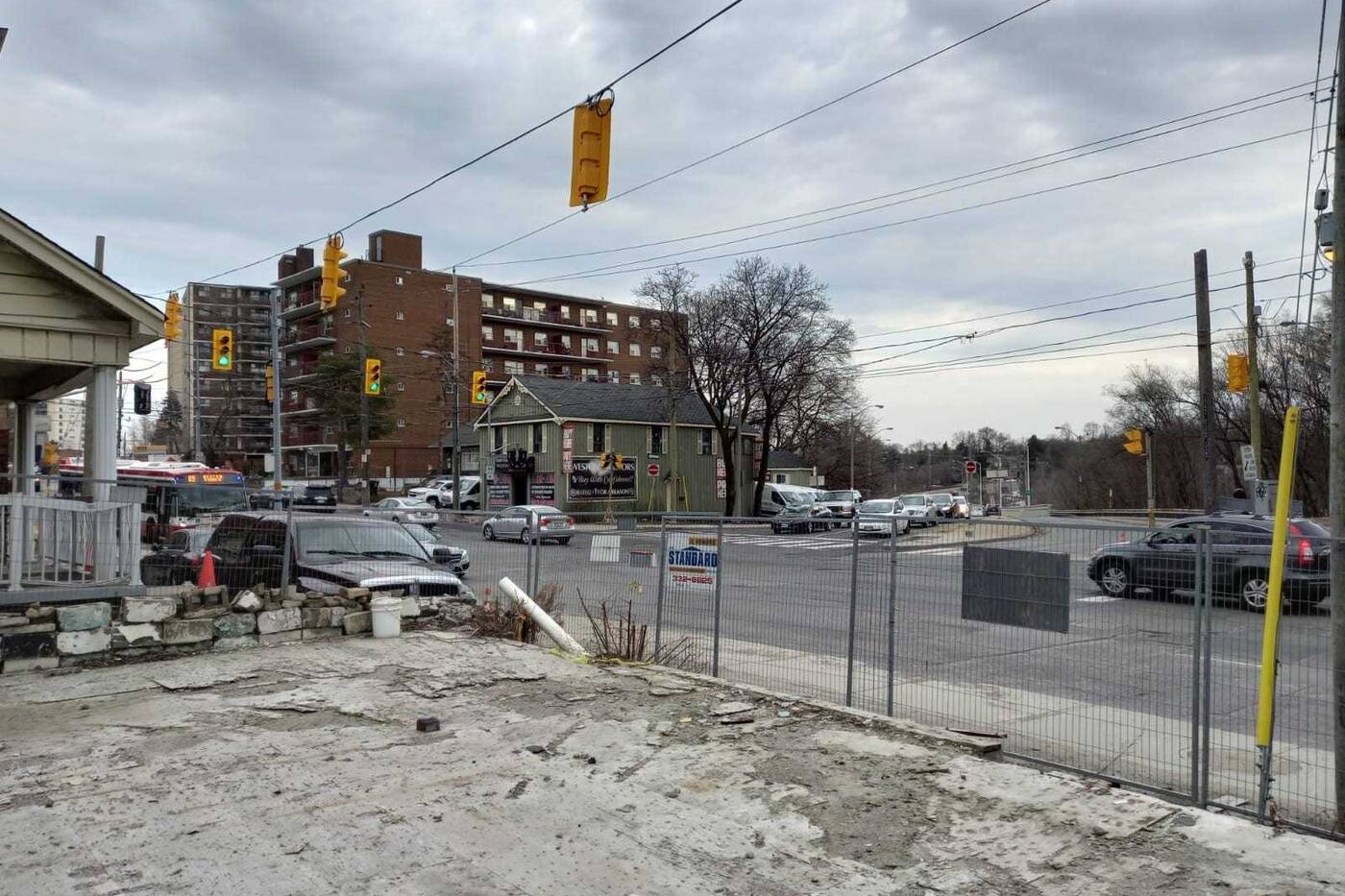 The intersection of Weston Rd. and St. Phillips Rd. the property looks onto.

The busy intersection is one thing but the property also backs right onto train tracks.

This might be why it has had trouble selling. It's been put on the market four times since 2019 and hasn't sold.

Although the sold records aren't entirely accurate. The realtor told blogTO that it did sell briefly back in 2019 but the buyer couldn't make the mortgage payments and the original owner bought it back. 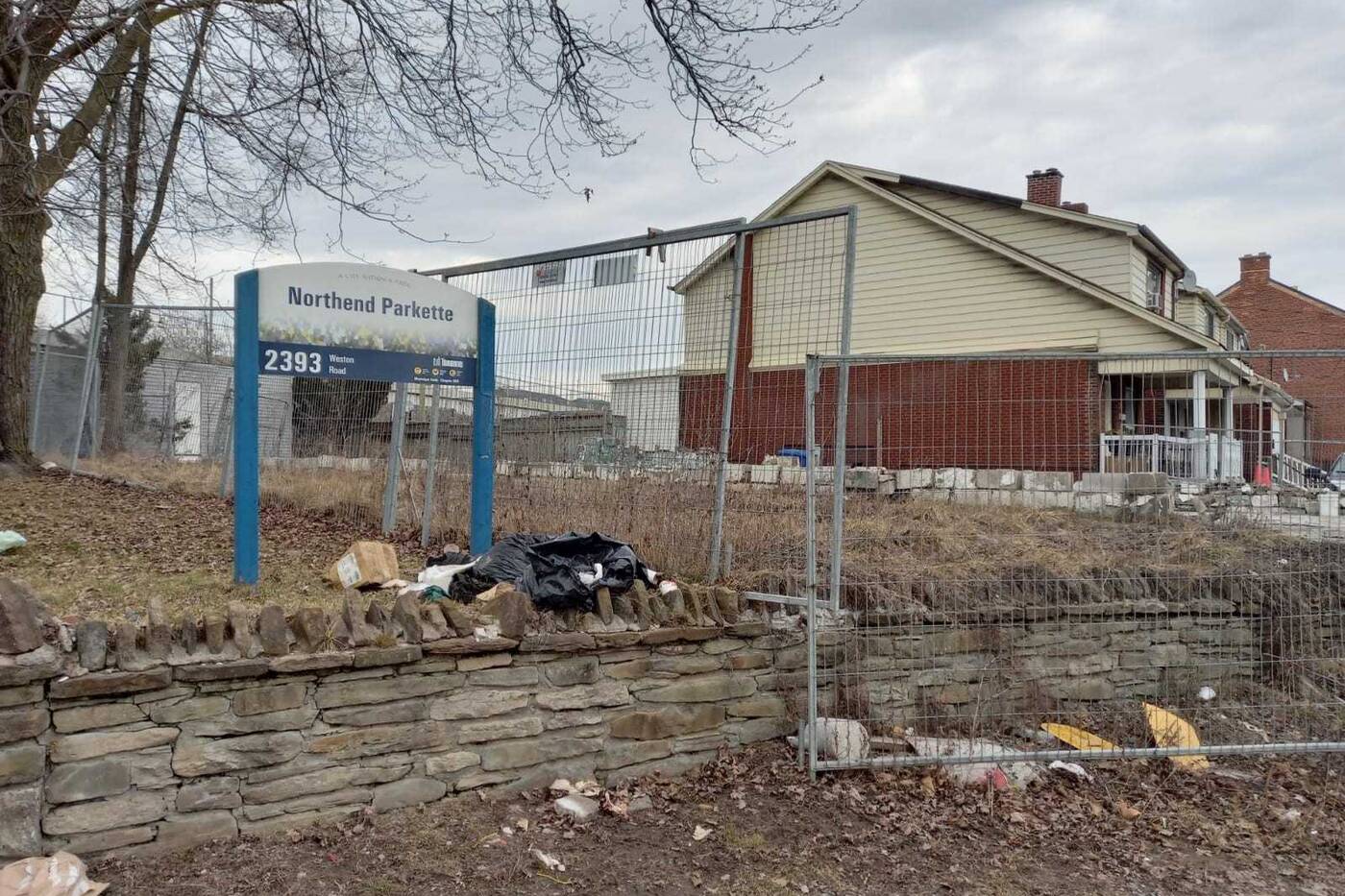 2387 Weston Road is next to the Northend Parkette.

However, if you can get the permits for a commercial building this could be a great spot to build something cool.

Artcube gallery director Donnie Kim said in an interview back in 2007 that this location was ideal and the place quickly became a hub for artists and the community.

"It took on a life of its own," said Kim. "Everyone just wanted to contribute and help."

But it's long way from being the community hang out it once was.

The realtor told blogTO that it could take over a year before anyone could start building on it due to the lengthy process of getting the city to change its zoning. Not to mention the process of getting permits isn't quick either.

But if you get all that sorted, the vacant land is hooked up to the city sewer and municipal water systems so that's one less thing to worry about. Although there's still hydro...