Toronto rents are soaring particularly in one part of the city

Rents in Toronto continue an upward climb this month, but some parts of the GTA are more expensive than others.

Despite Ontario's increase in the minimum wage, the city is steadily becoming less affordable.

For the first time this year, the average rental price for the Greater Toronto Area has risen solidly above $1,700, according to the latest rent report from liv.rent. That's a jump from $1,696 in June of this year.

The average rental price for one-bedroom unfurnished units in Toronto sits at $1,735 in November.

Rent prices increased everywhere across Toronto for one bedroom apartments, except in Etobicoke, where the average rent for a one bedroom unfurnished apartment dropped by 2.47 per cent.

Furnished one bedroom apartments in Brampton and Vaughan – Richmond Hill also saw price drops. If you are willing to make the move outside of Toronto, rents in Brampton are $1,514 on average compared to a similar unit downtown at $1,909.

"Brampton continues its reign as the most affordable GTA neighbourhood while the most expensive remains Toronto itself," the report reads.

Brampton also has the lowest average for unfurnished two-bedroom apartments at $1,849. 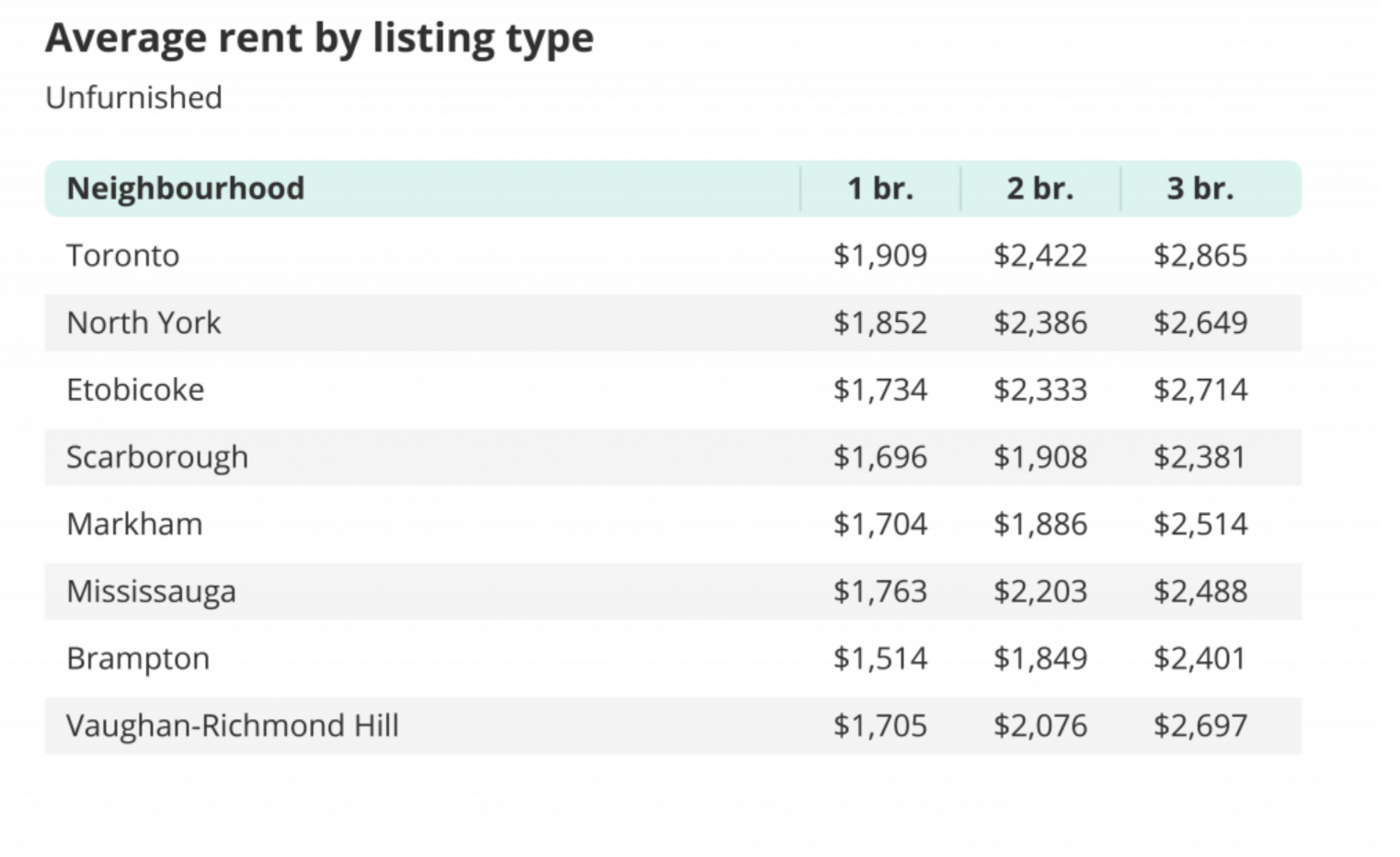 The biggest increase to furnished apartments came in North York, which had a 14.60 per cent increase.

If you are looking for bigger apartments, Etobicoke is the most expensive area, outside of downtown, for an unfurnished three-bedroom — at an average of $2,714. The cheapest place is Scarborough at $2,381.

The report notes that the upward trend in rent prices could be an anomaly.

"We'll have to wait and see whether this is simply an unexpected exception to the stable prices of the past few months or the start of a larger trend," the report states.