With Toronto real estate prices skyrocketing and no end in sight, making a move to Hamilton might be tempting. For those working in the film industry, the Hamilton Studio District could be the perfect place.

The live-work community from Aeon Studio Group is planned around Aeon Bayfront Studios for a piece of underused land in Hamilton's West Harbour known as the Barton-Tiffany block.

Despite challenges in the area, including soil contamination, Aeon Partner Jeff Anders said this week that the plan remains viable. While the firm has a memorandum of understanding with the City of Hamilton, they don't yet own the land. Nevertheless, they just released their vision for the property. 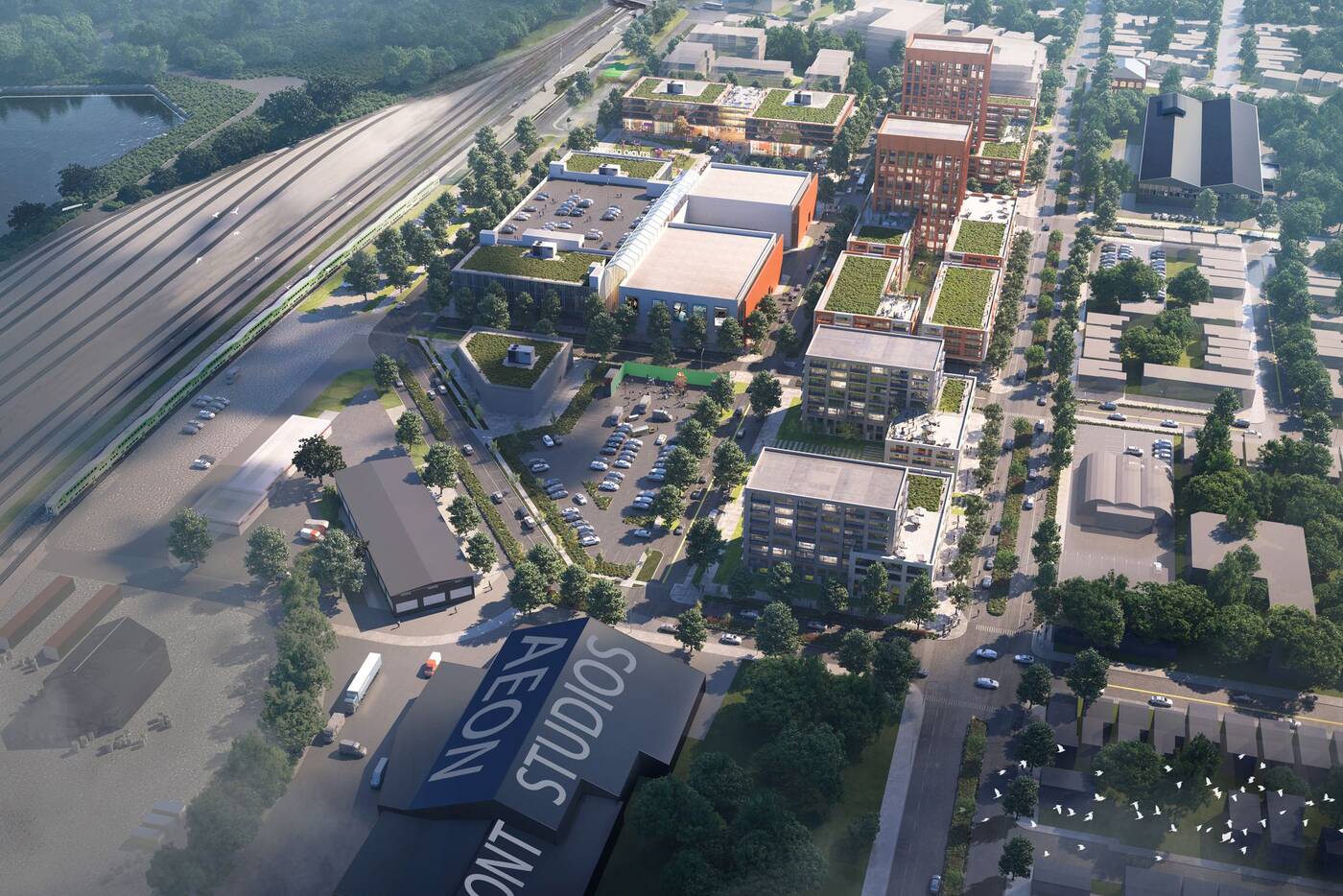 The creative hub is planned around Aeon Bayfront Studios.

Dubbed as a "creative industries hub" in a press release, Aeon says they envision a "thriving economic cluster" of studios for film and television production, gaming, animation and music. The company is proposing to build office space for creative industry companies; industry event spaces, including a theatre; and training spaces to help build the local workforce.

The plan creates a neighborhood commercial node and a retail corridor of storefronts at street level, on Barton, Caroline and Tiffany streets. 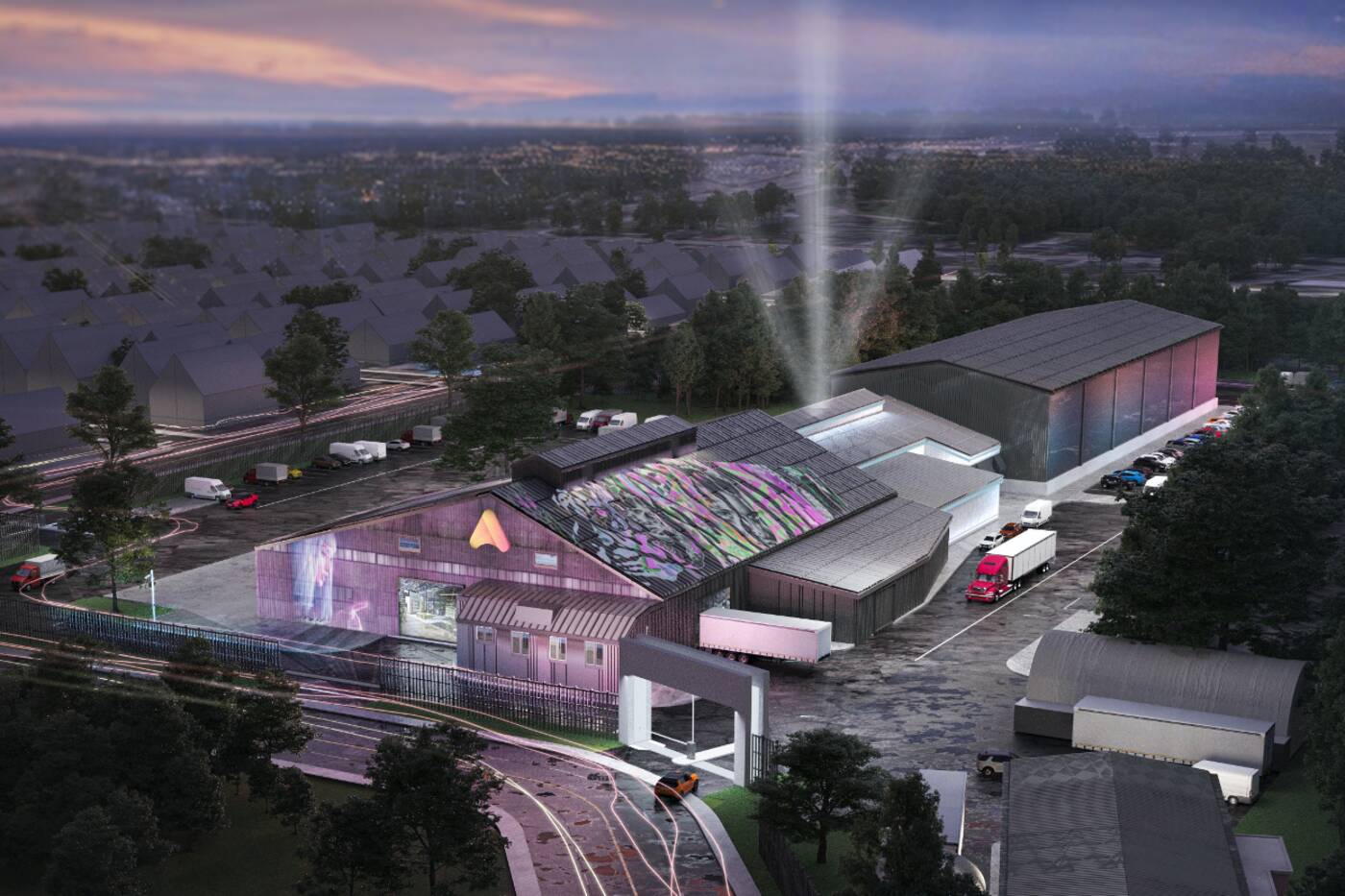 The creative hub is centred around Aeon Bayfront Studios.

"These retail spaces will house the services needed to support the commercial activities in the area, and the hundreds of new residential units envisioned in the City of Hamilton plan for Barton Street," said Aeon Partner Mike Bruce.

At the heart of the district, Aeon plans to build an outdoor public plaza where the community can gather, experience local artists' work, a farmer's market, restaurant patio, skating rink or a picnic on green space.

This vision is still a work in progress.

"These images show the jobs and vitality Aeon plans to bring to the area. But they aren't the final pictures," Anders said. "They're a starting point for a discussion with our neighbours and all stakeholders to collect ideas and priorities before turning the preliminary vision into a substantive plan." 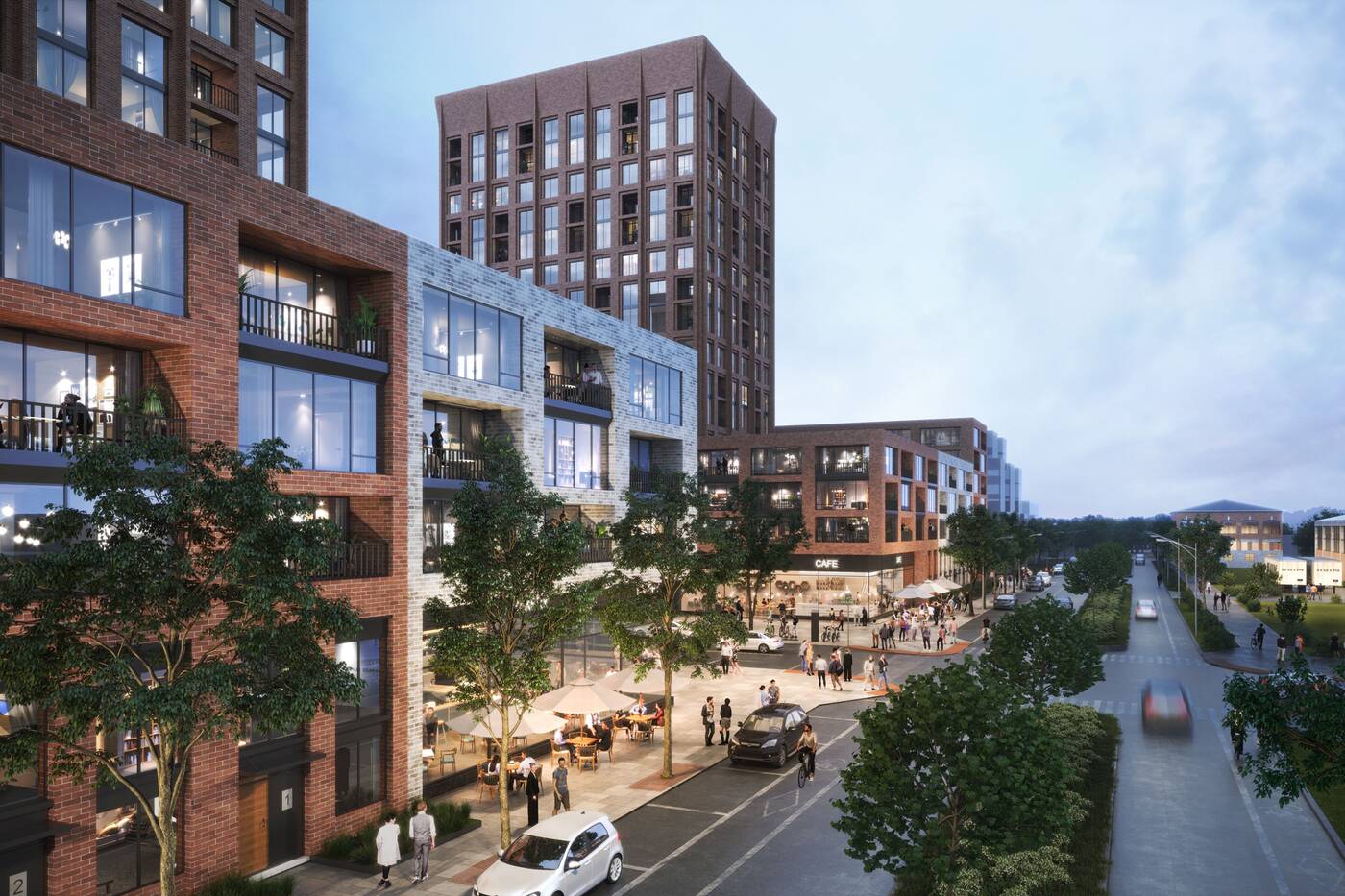 The community would include retail and office space.

Over the next several months Aeon will host workshops, open-to-the-public meetings and consultations with neighbours and stakeholders.

Aeon will also launch a website to collect ideas, unpack concerns and understand the various communities' priorities to assist in developing a final plan for the site.

Actual construction on the site may take a while: they expect to get approvals within the next two to five years.