Like the lost motel strip that once existed along Lake Shore Boulevard in Etobicoke, a stretch of aging motels along Kingston Road in Scarborough is gradually disappearing to make way for the flood of condos Toronto buyers demand.

Joining the collection of hospitality properties that have passed their prime and will move on for new housing, a Days Inn at 2151 Kingston Road is the subject of a redevelopment application dating back to September 2020. 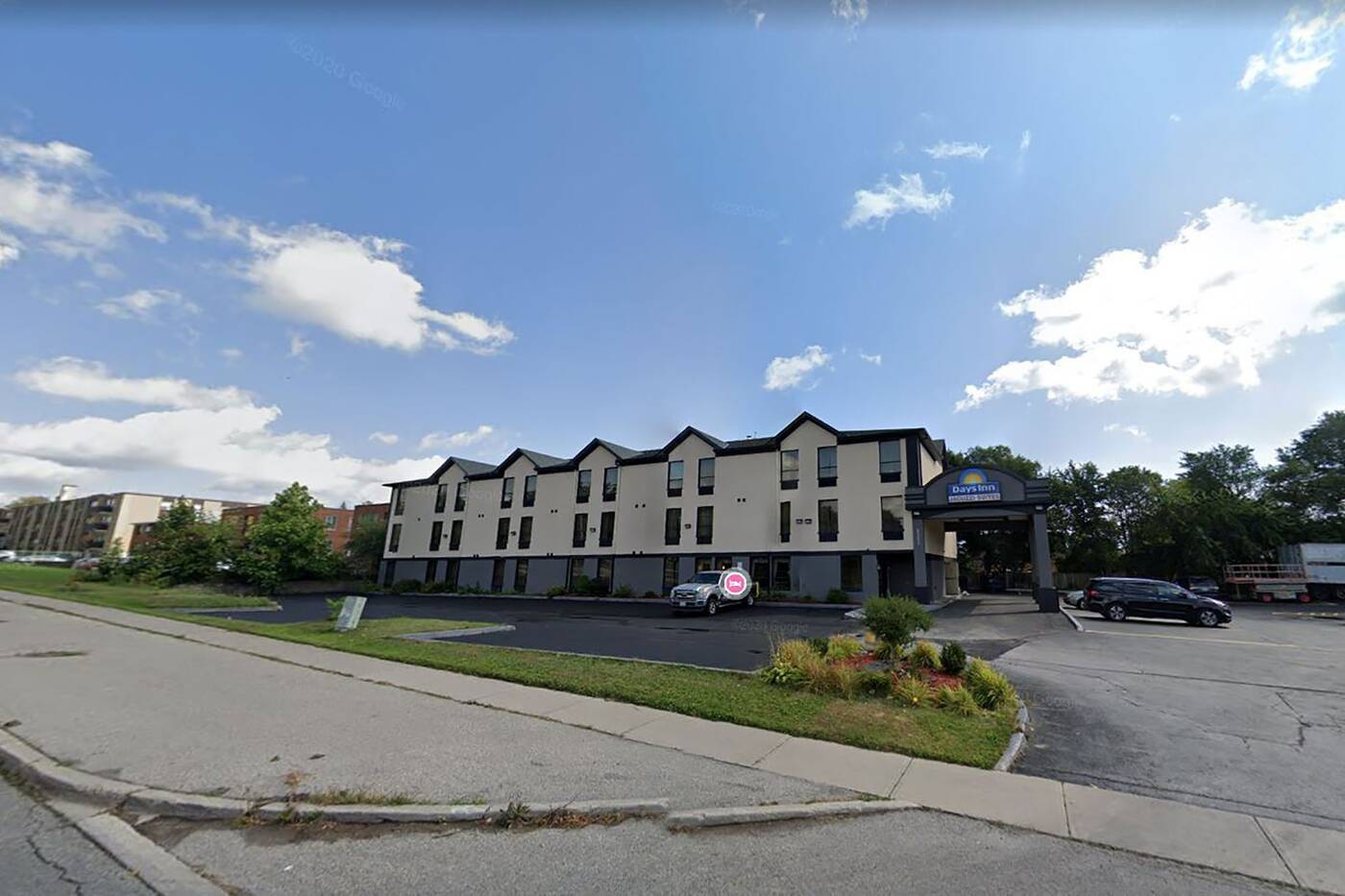 Developer Altree wants to replace the three-storey hotel with an 11-storey condominium building, the prevailing height range for new developments in the surrounding Birch Cliff neighbourhood.

What is a surprise is a colourful new addition to the Kohn Partnership Architects-designed plan that would bring a giant two-storey mural to the north side of the building.

Revealed in the project's latest submission to the city seeking approval, the oversized installation is intended to be visible from the tangled Kingston-Danforth Junction just northwest of the site.

And while most murals are found on the outside of a building, this one would actually be inside, visible from behind the glass exterior of the mid-rise's upper floors. 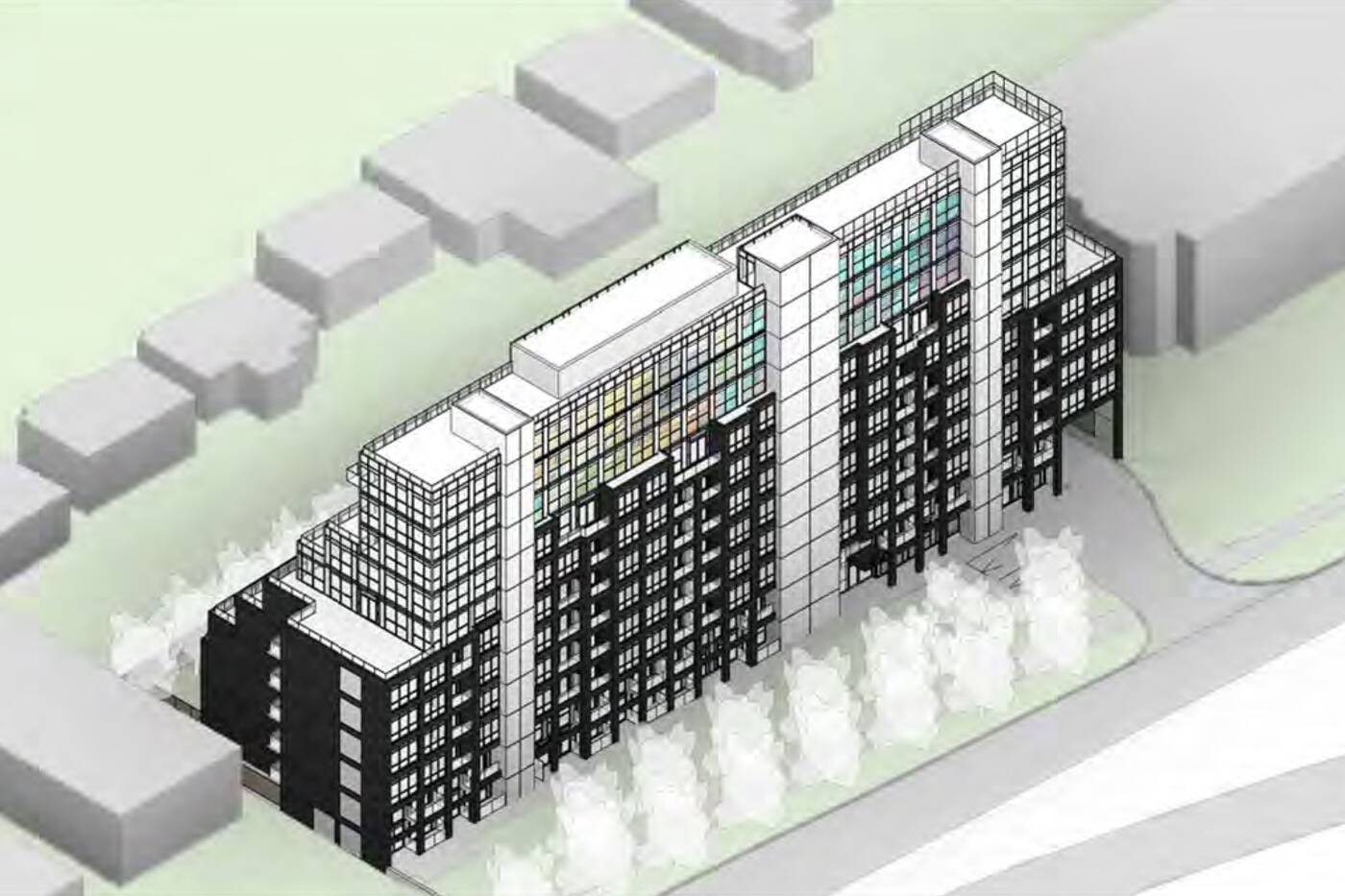 Aerial view over 2151 Kingston Road. Rendering by Kohn Partnership Architects via submission to City of Toronto.

The colourful multi-level art piece is proposed to span floors 9 through 11, possible thanks to the building's unconventional unit layout.

The building's upper-level units are all proposed to face south over Lake Ontario, leaving the north side dedicated to the interior hallways serving these units.

This "single-loaded" configuration opened up the door to coordinate art across the hallway interiors, recommended during earlier planning stages, and now proposed in the updated plan.

Adding even more visual distinction from the wave of other new similarly-scaled condos proposed and under construction in the area, the mural is planned to be lit up in the evenings for all to see. 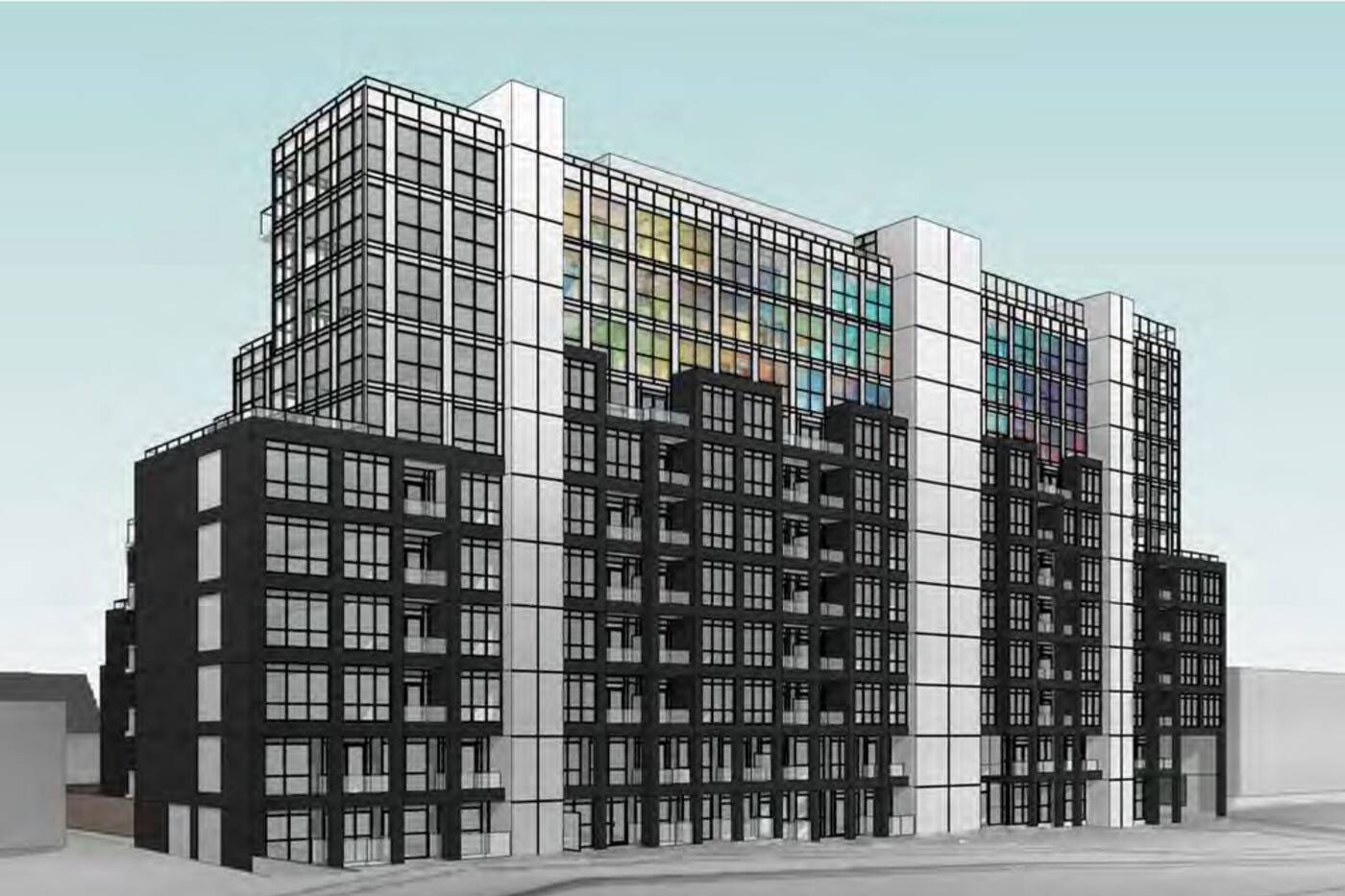 Looking south to 2151 Kingston Road. Rendering by Kohn Partnership Architects via submission to City of Toronto.

Of course, the colourful addition to the area would mean approval of more condos. And not just a few, there would be 152 of them. Over half of the unit mix is proposed as investor-friendly studio and one-bedroom units.

Kohn Partnership Architects via submission to City of Toronto