Anyone who's a sucker for mid-century design is going to fall in love with this home.

Originally built in 1958 this home was possibly one of the early Don Mills homes, or at least that's what Colin Graham, the current owner and architect, thinks. 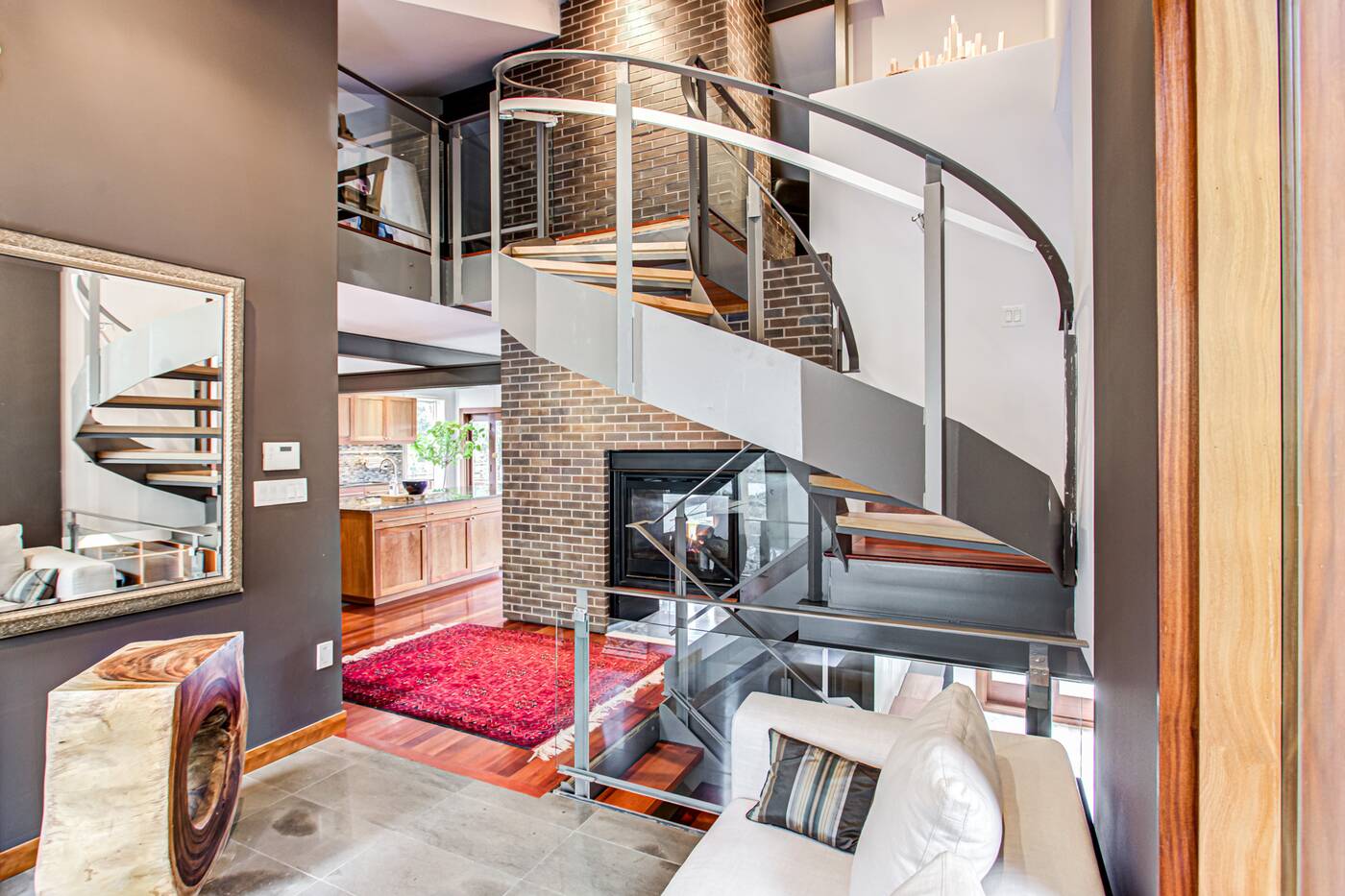 A view of the home from the entrance.

Graham bought the house 16 years ago and renovated it to his taste. 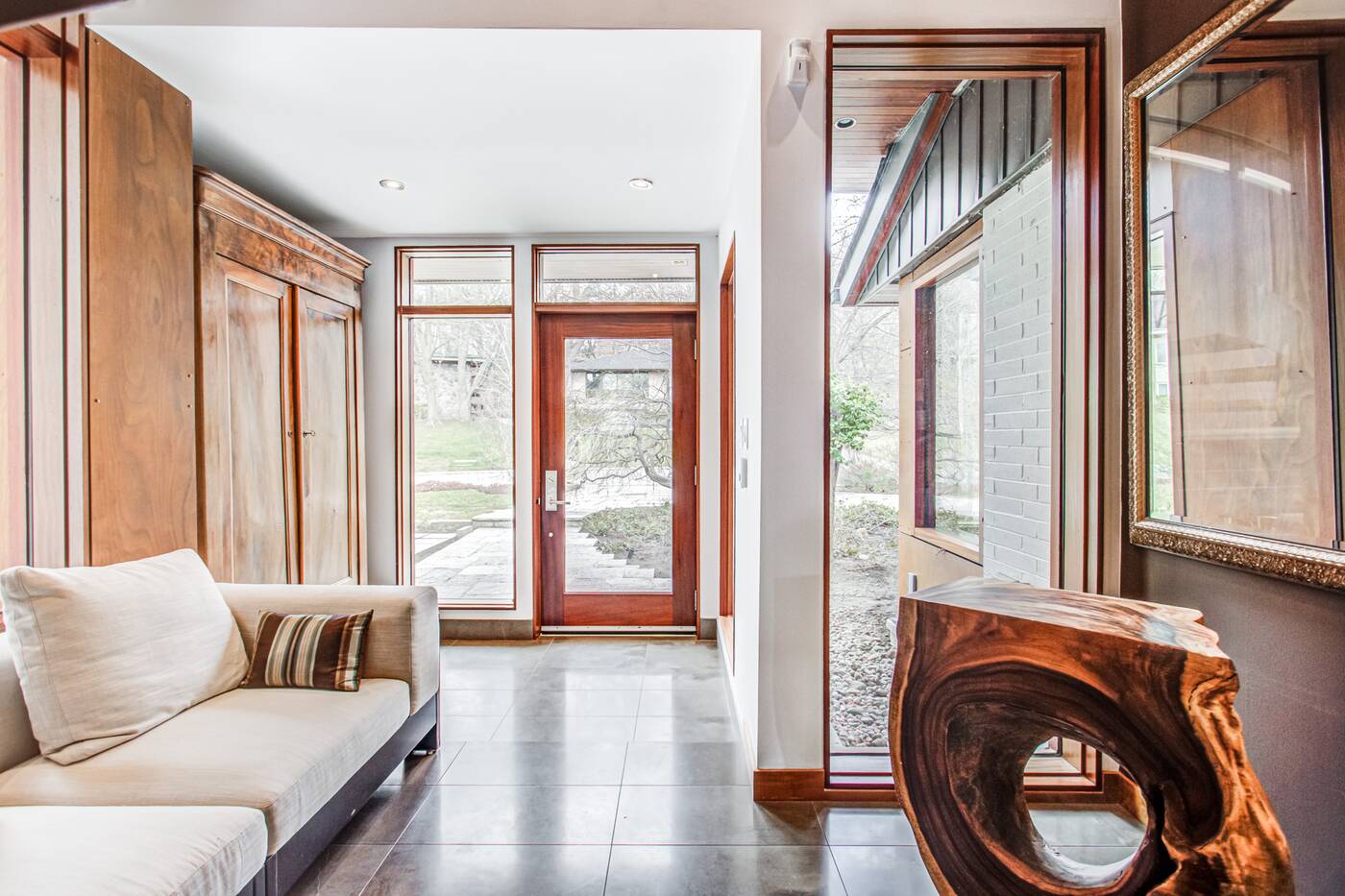 "I like to work with what's there and expand on it. You can pull quite a bit of inspiration with what remains," he told blogTO. 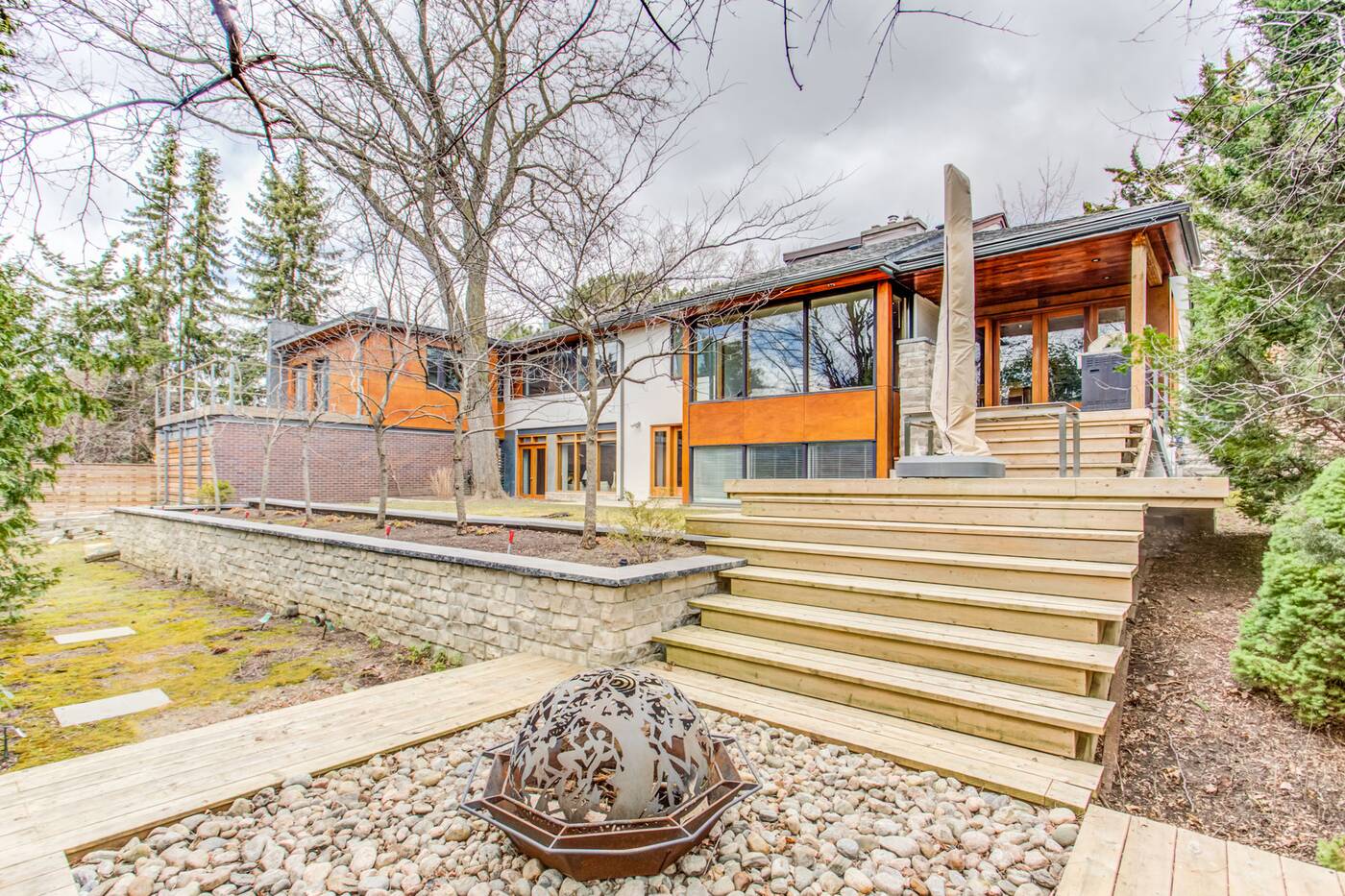 And while Graham could have done some pretty extensive modifications to the house thanks to the cinder block exterior, he kept mostly true to the original house. 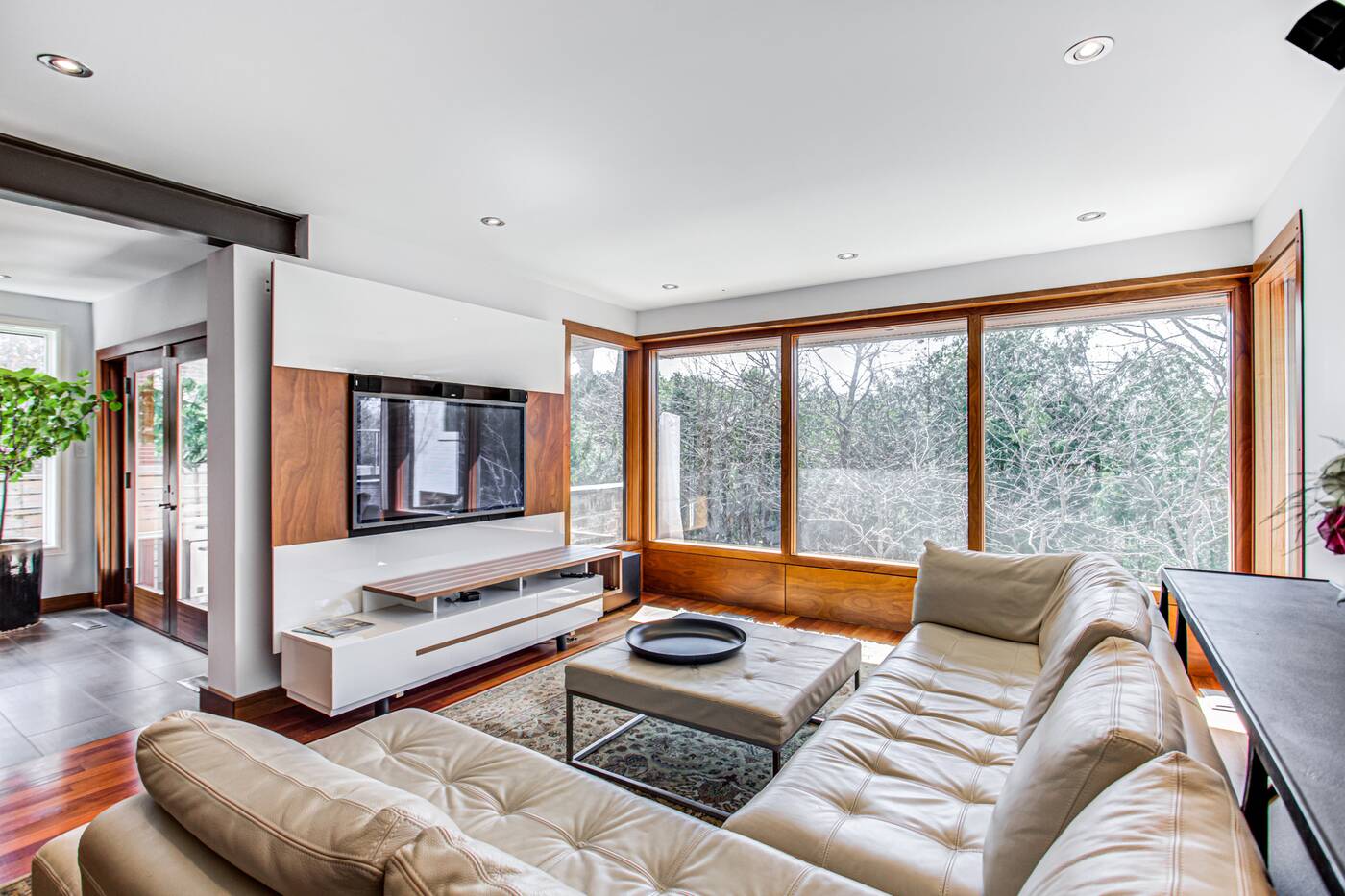 "I wanted to keep the scale of the mid-century home but modernize it," he explained. "The idea was to make beautiful spaces out of all the rooms." 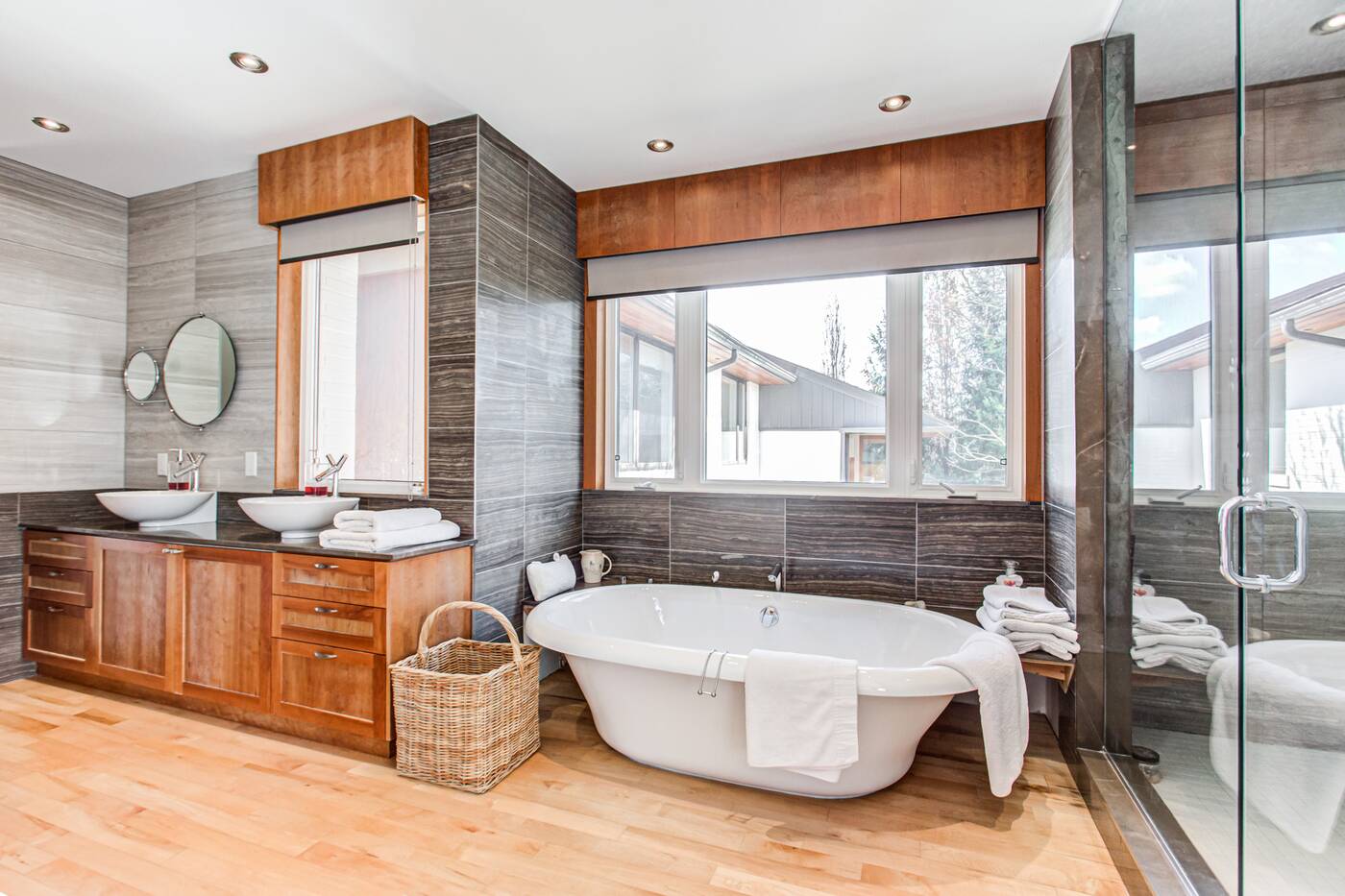 And the modifications that Graham did undertake turned out spectacularly. 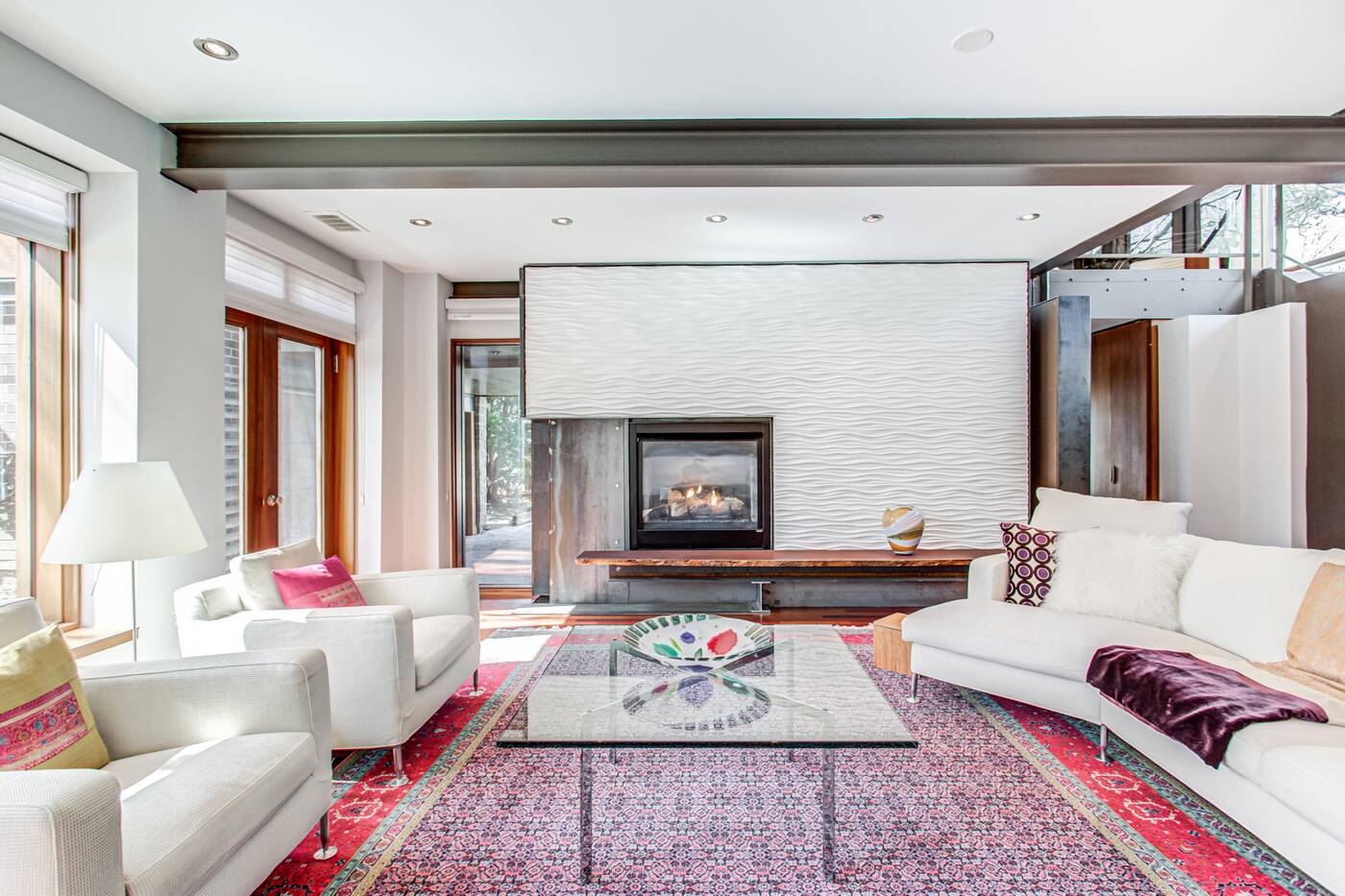 The living room with a backyard walk-out.

For example, Graham told blogTO that the living room was once a two car garage and now it's one of his favourite rooms in the home.

It's a large airy space, with a cozy fireplace and big, bright windows. 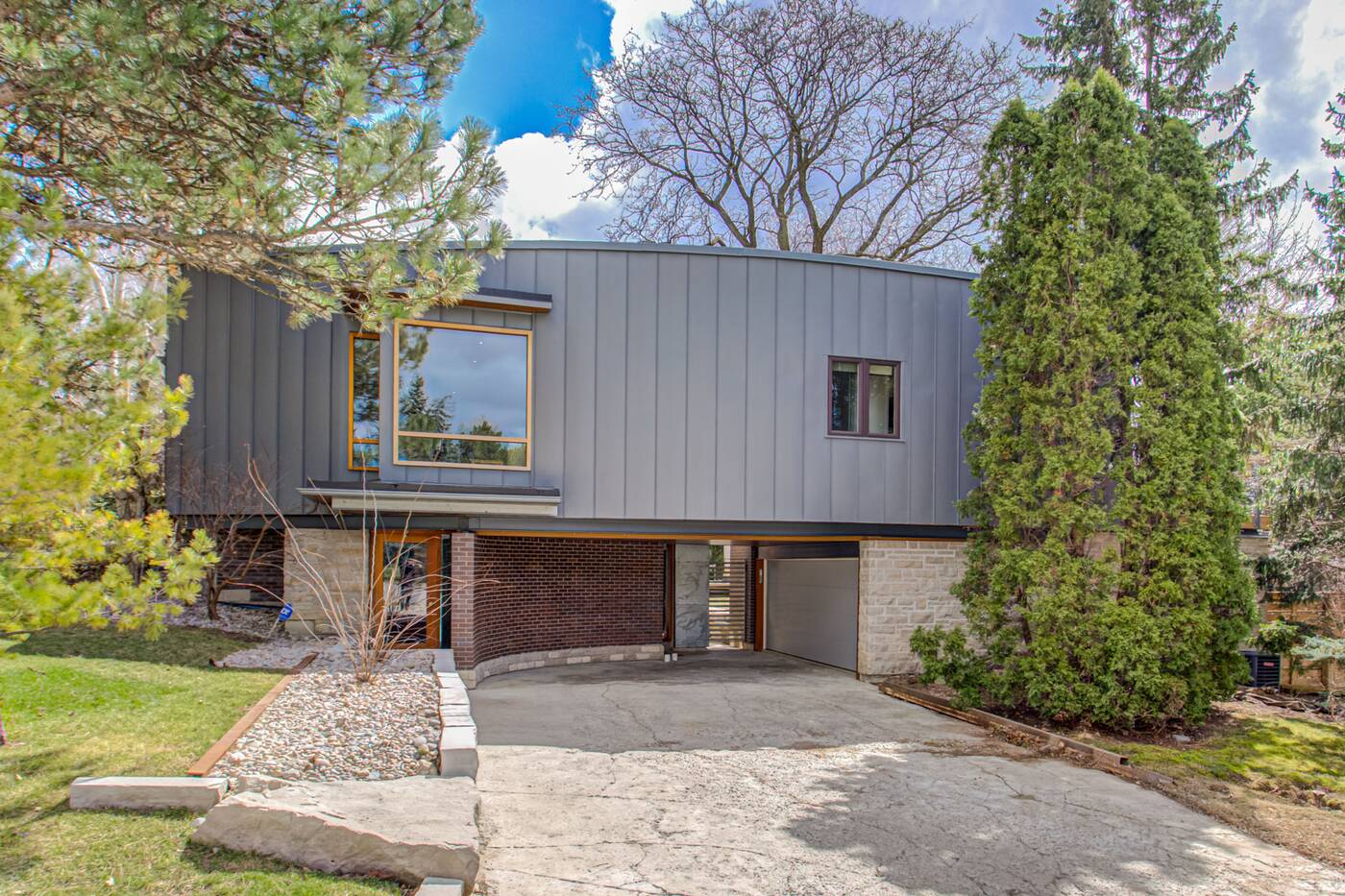 Some of the unique architectural features of the home can be seen.

"There's also quite a unique roof over the addition. Having a sloped roof over a curved wall is not straightforward," he added, hinting at the logistical challenges it posed. 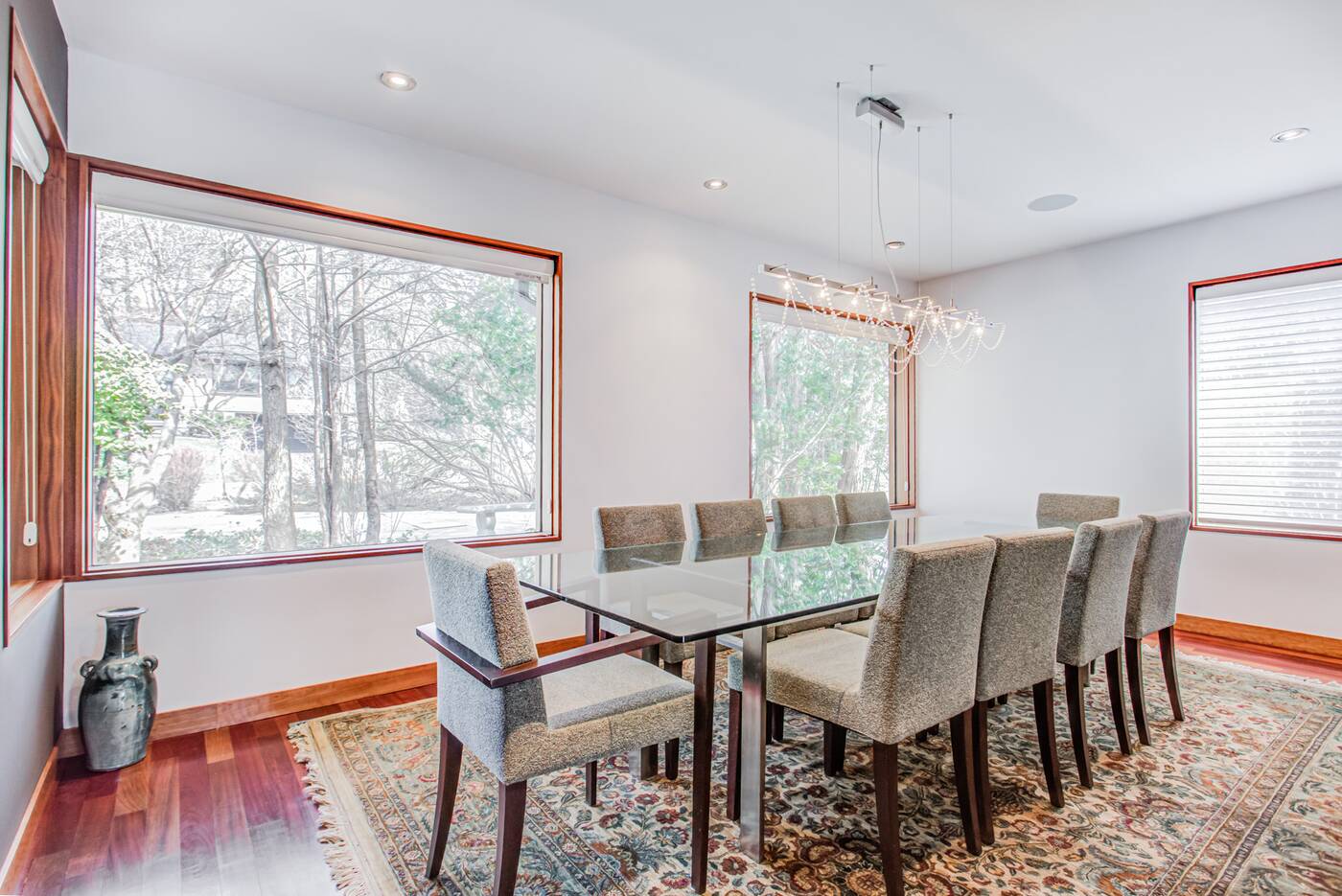 The home is unique not only in layout and design, but also in aesthetic. 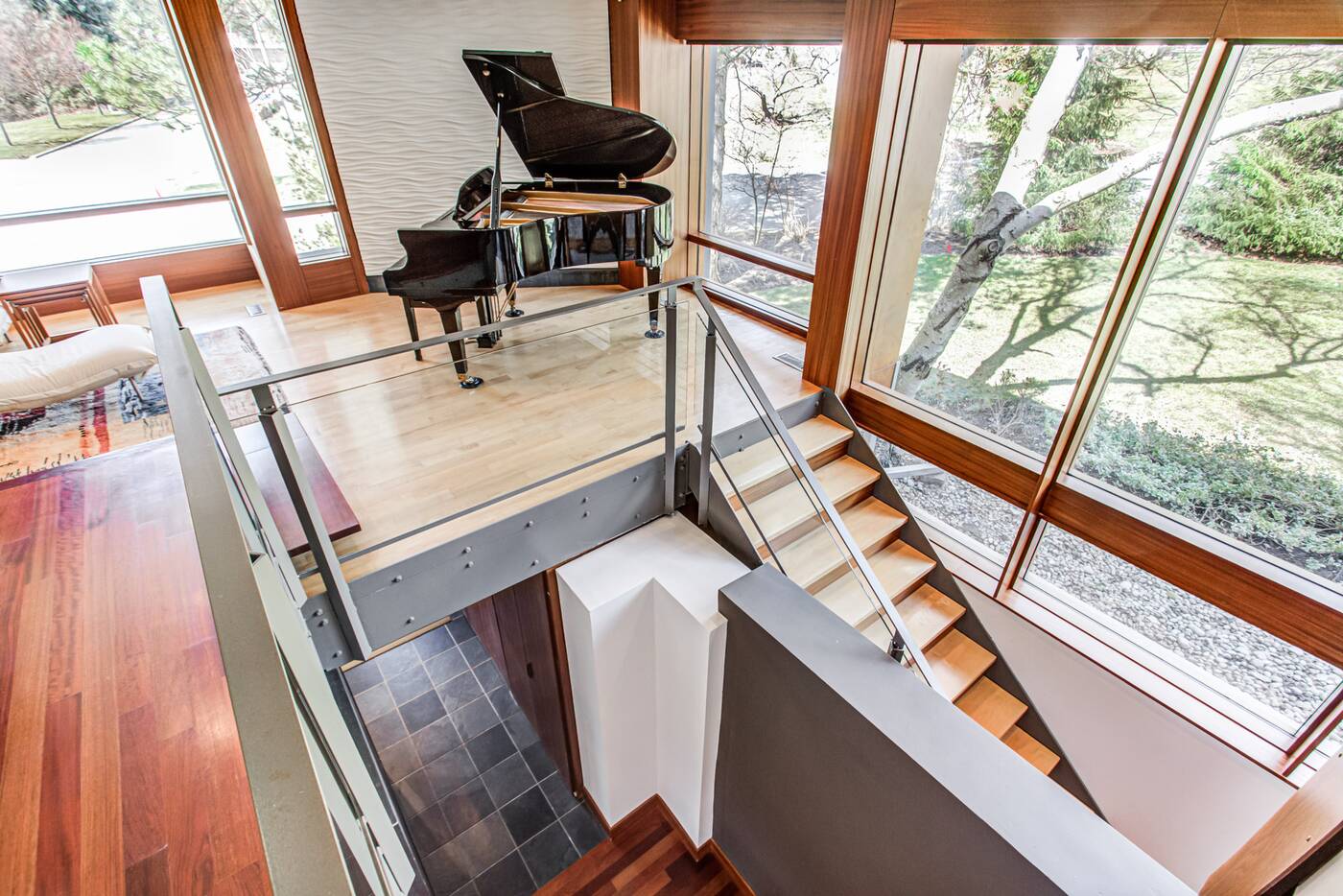 The upper level was originally built as a loft and was then later expanded on.

"I like to expose the structure. I use a lot of steel in the structure where many builders would want to hide it behind dry wall," said Graham. 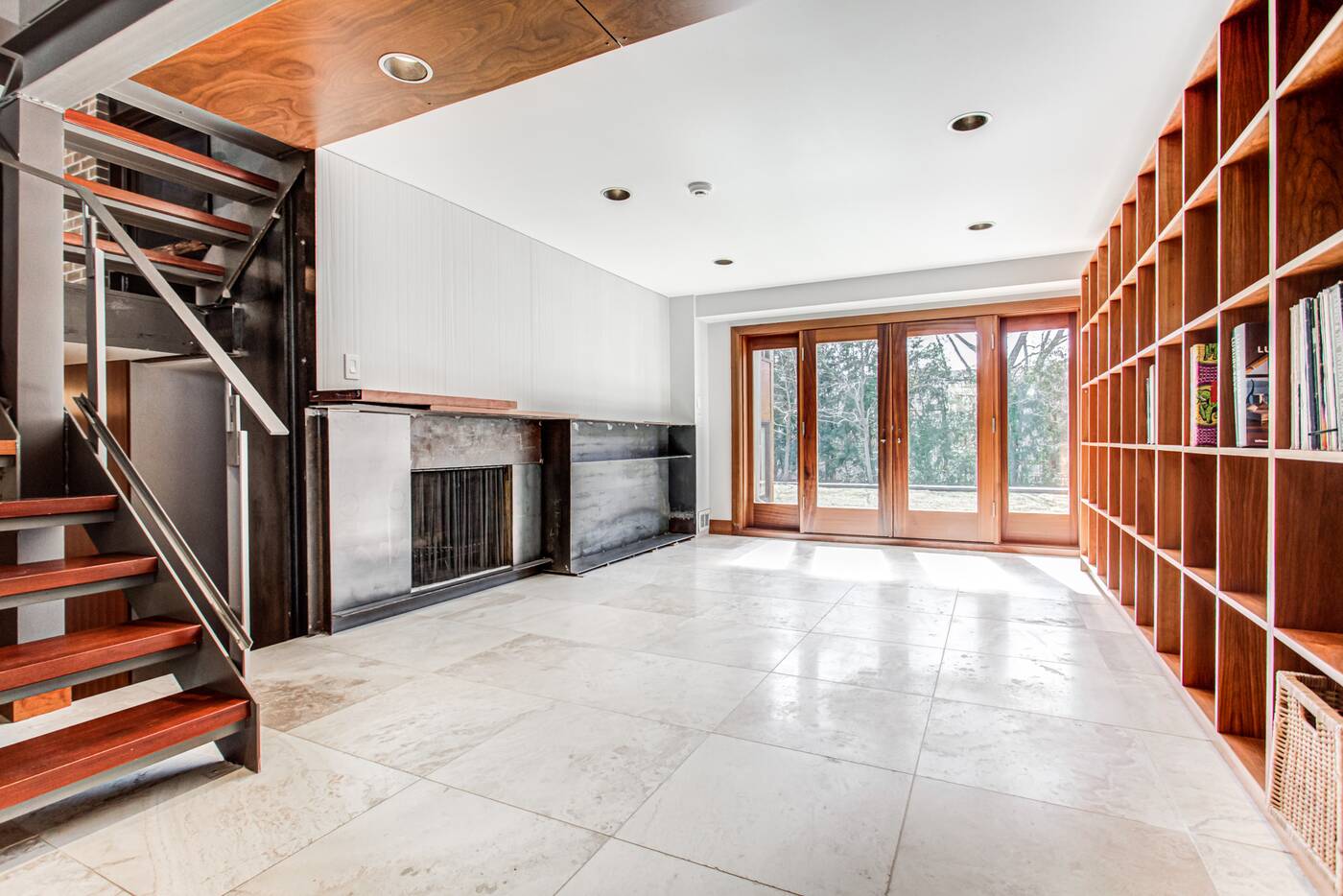 The rec room on the lower level with built-in bookcases.

The result is an industrial hard-loft vibe that makes the home look so cool. 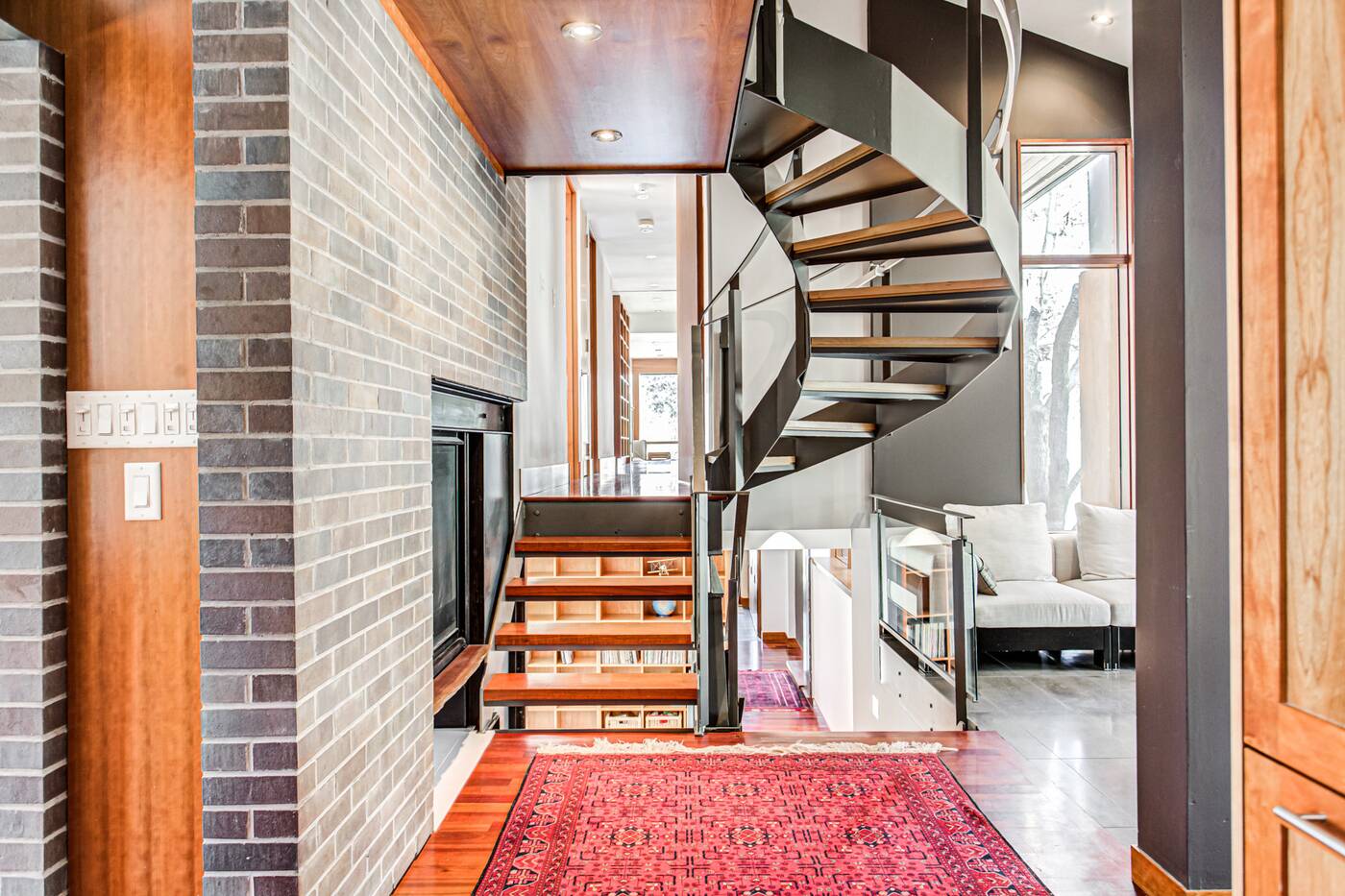 Another view of the circular staircase.

Another addition that Graham added is the circular steel staircase that connects the main floor to the upper level. It's a stunning focal point in the home. 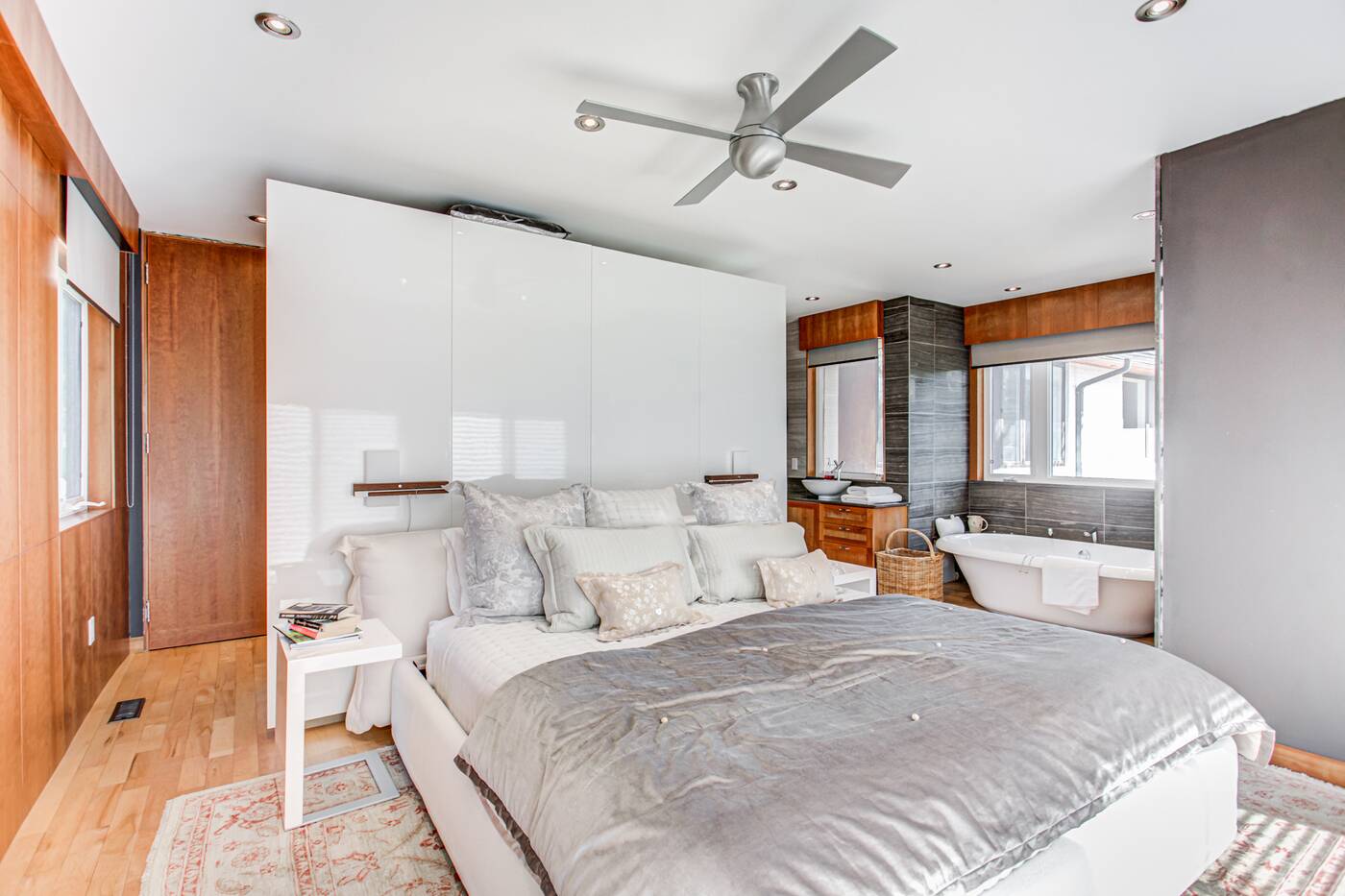 The house has four bedrooms and four bathrooms and more natural light than you'd know what to do with thanks to all the large windows. 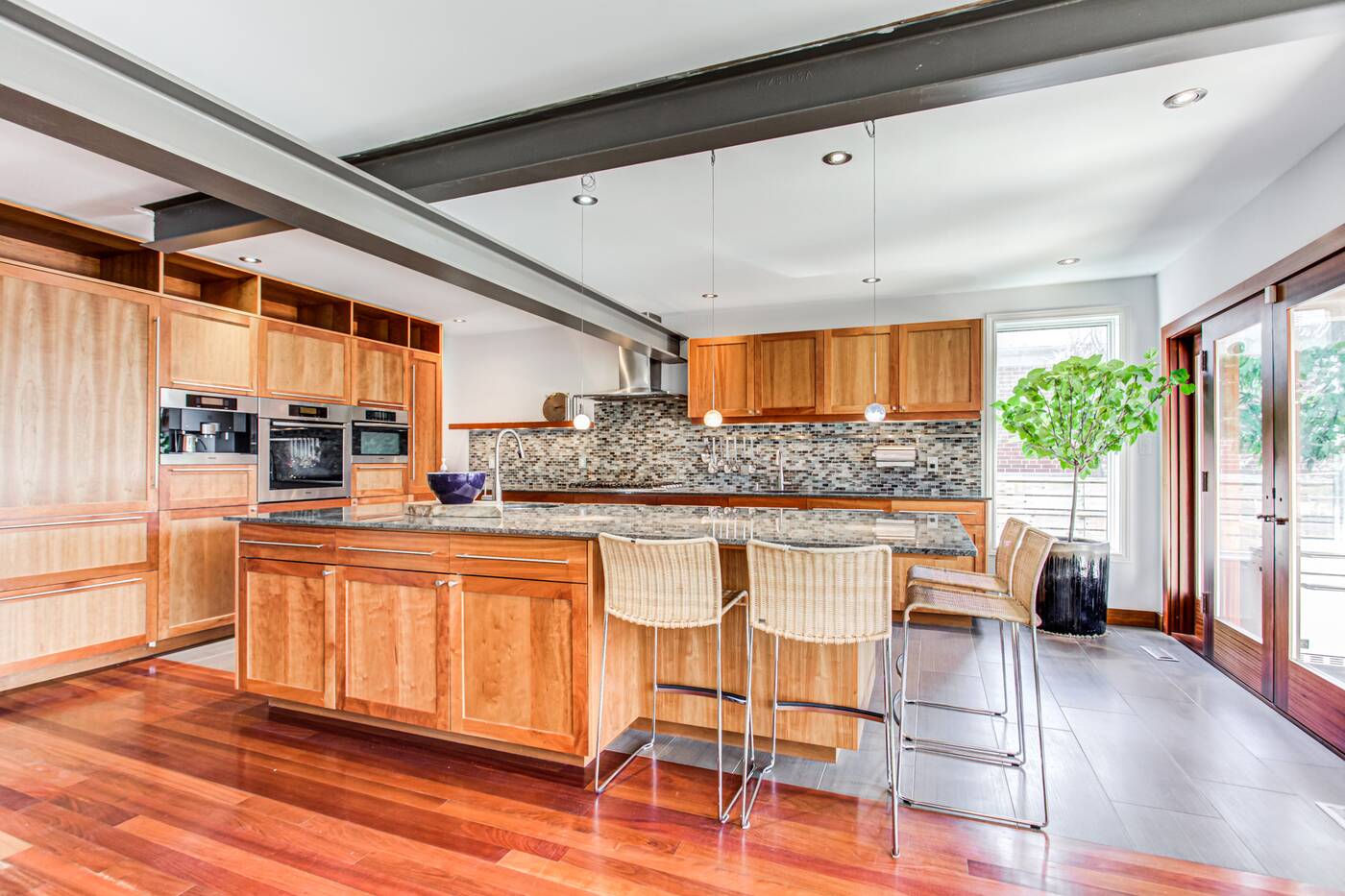 The kitchen is complete with built-in Miele appliances and a Viking cooktop.

The kitchen has been completely modernized with top-of-the-line appliances but still maintains that vintage mid-century feel. 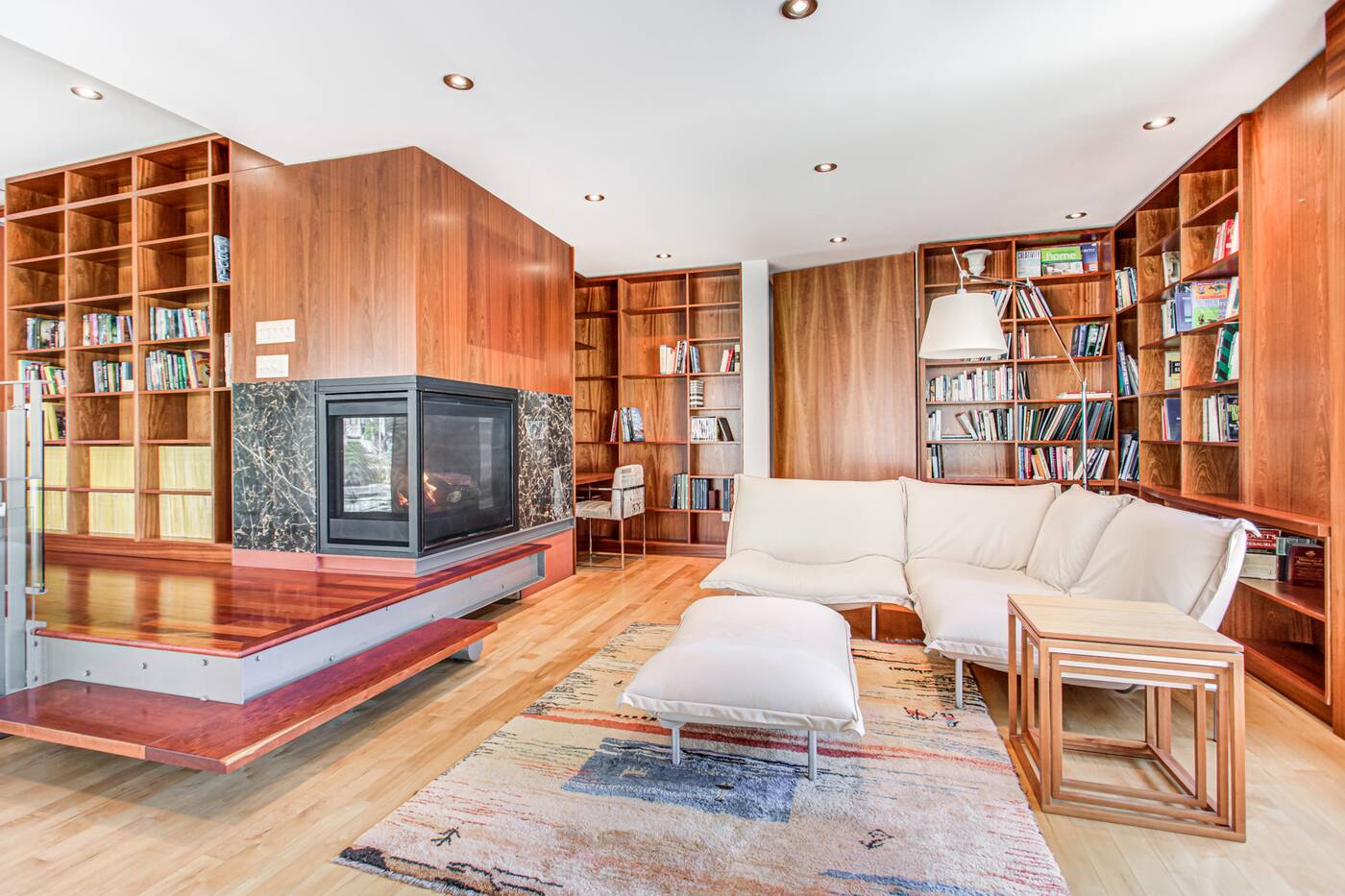 The library on the upper level.

The natural wood throughout the house adds warmth and colour. 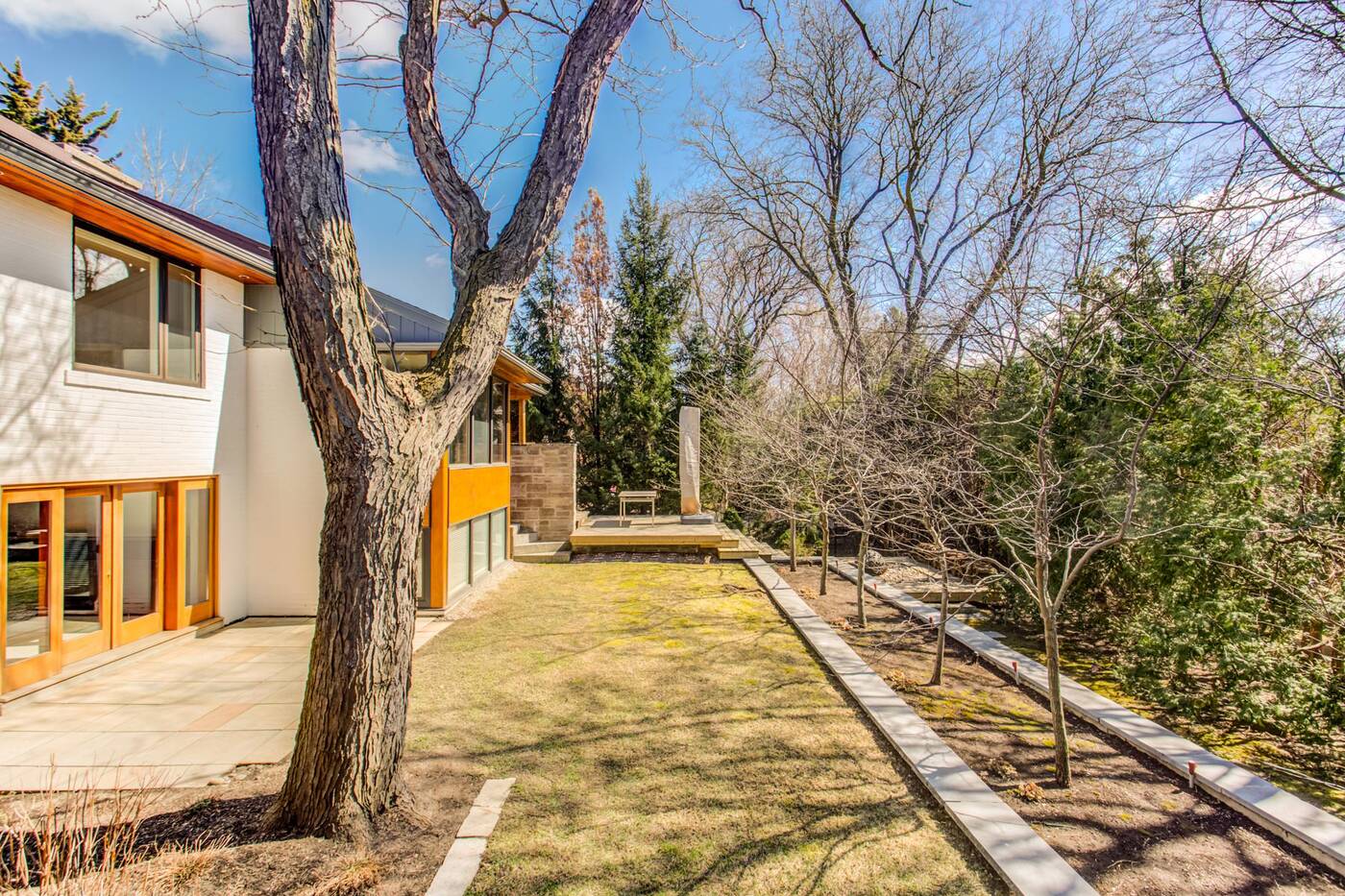 Meanwhile, outdoors the extensive landscaping and privacy adds a cottage-like feel to the property. 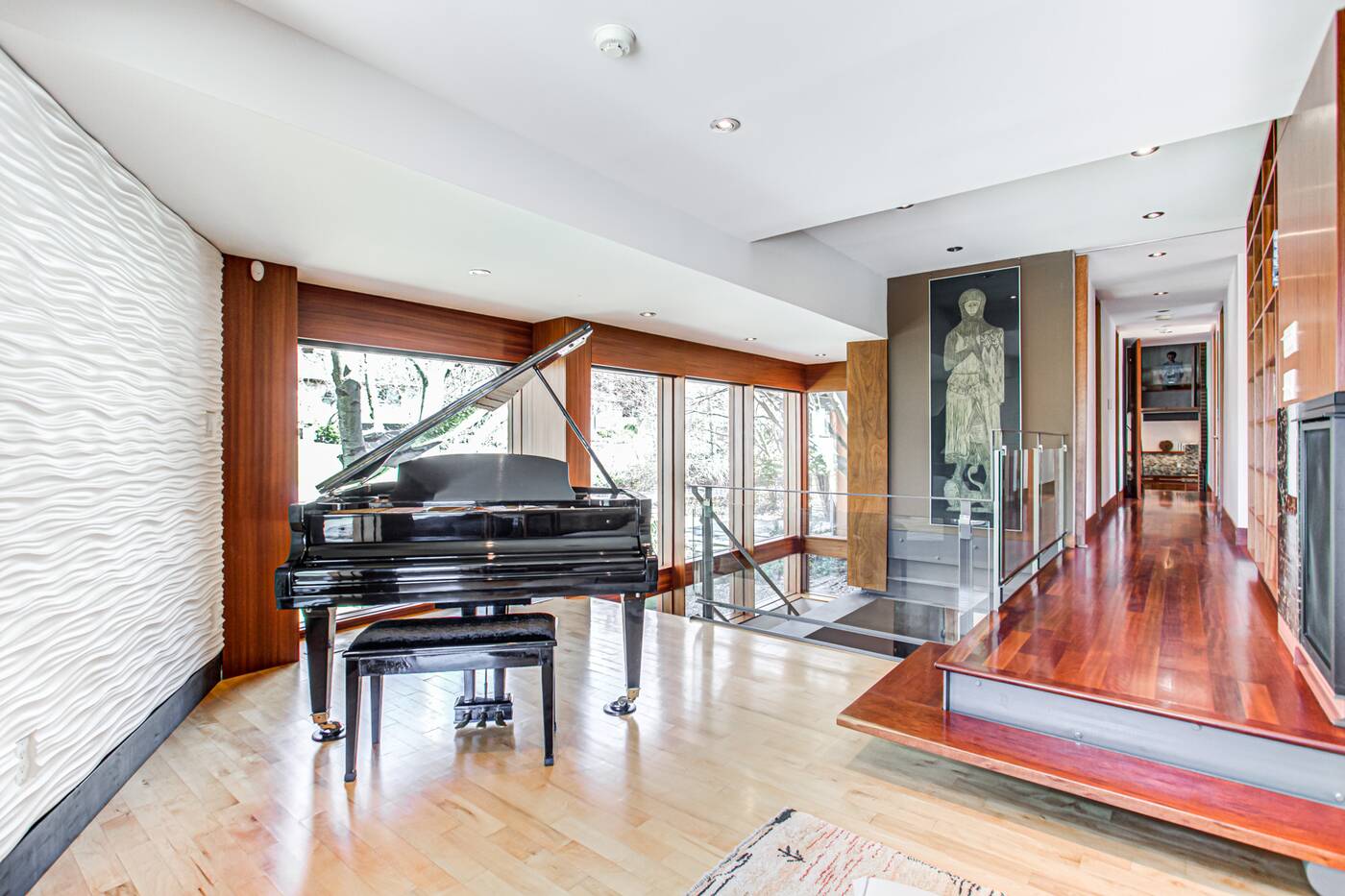 The home makes use of natural stone and hardwood throughout with touches of steel.

As for how much this architectural gem will cost you? Well the home has been on and off the market since April and was originally listed for $4,299,000 but it has now been re-listed for $3,949,000.  Not too shabby for a unique piece of real estate.