It's always nice to know that there are still somewhat affordable homes in Toronto. Are they nice? God no! But with a little imagination and some elbow grease you can definitely make it nice. 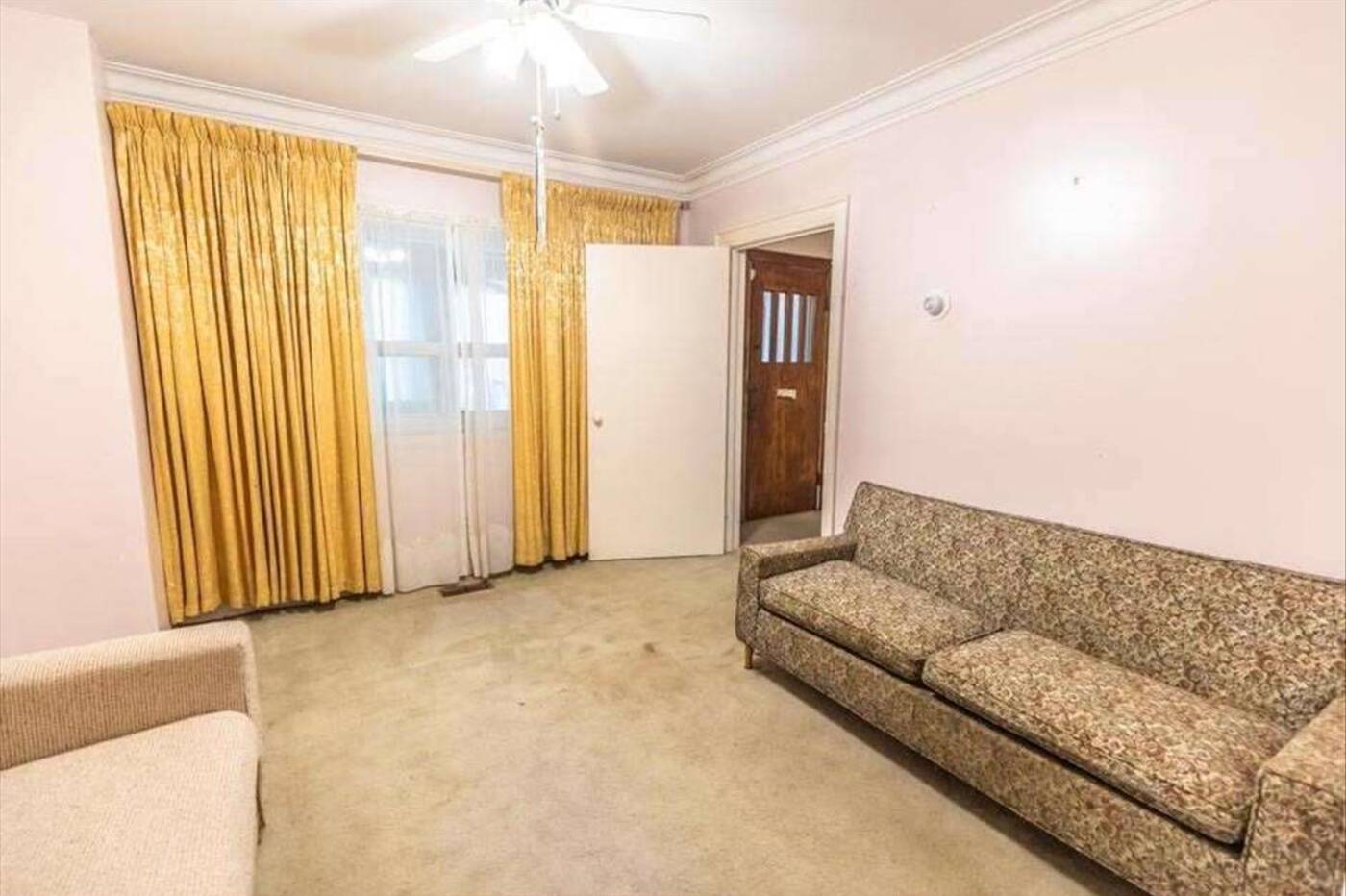 That's the case with this three-bedroom, tw0-bathroom detached house in Mount Dennis. 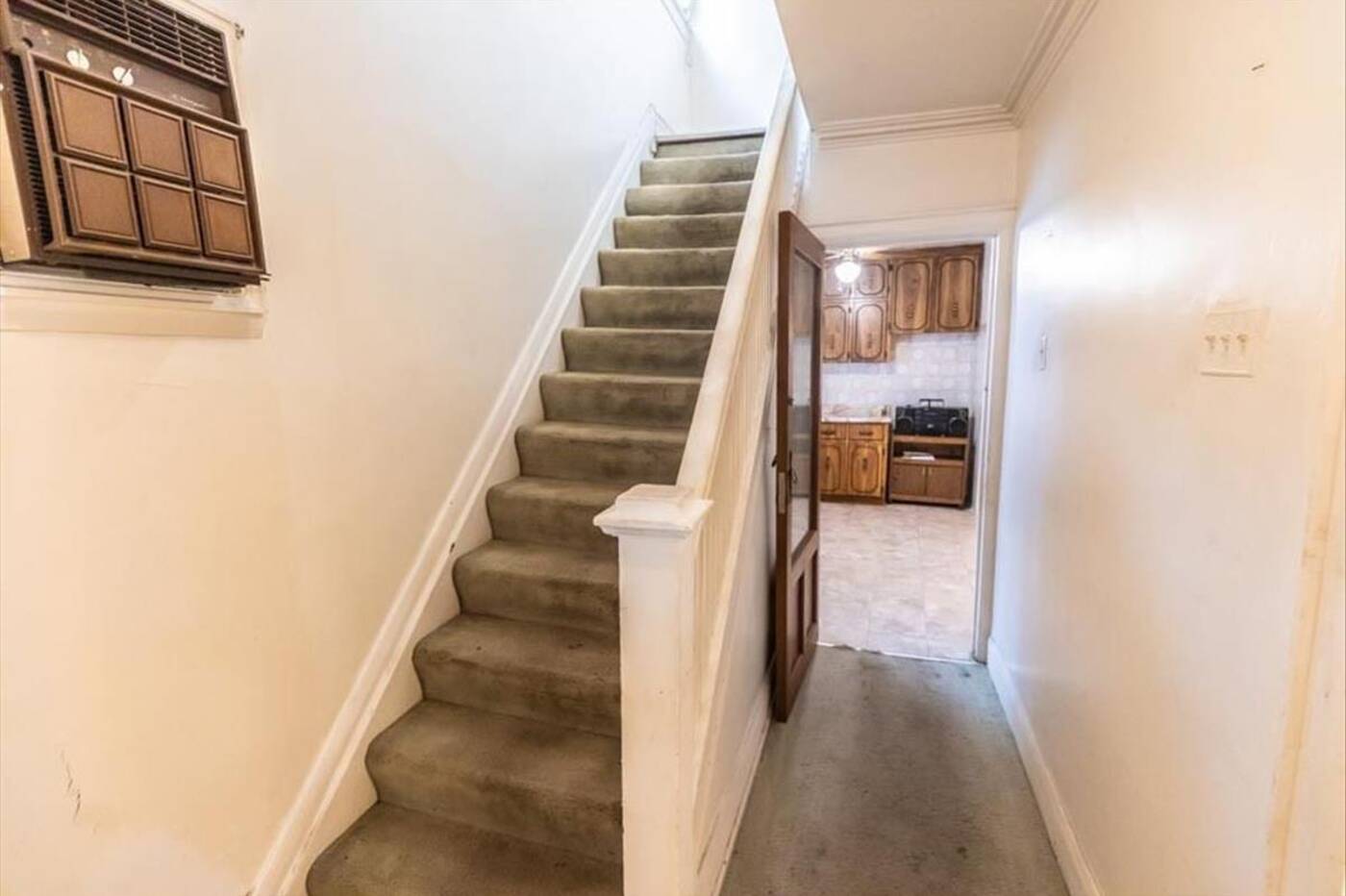 The front entrance. Look at the retro air conditioner! 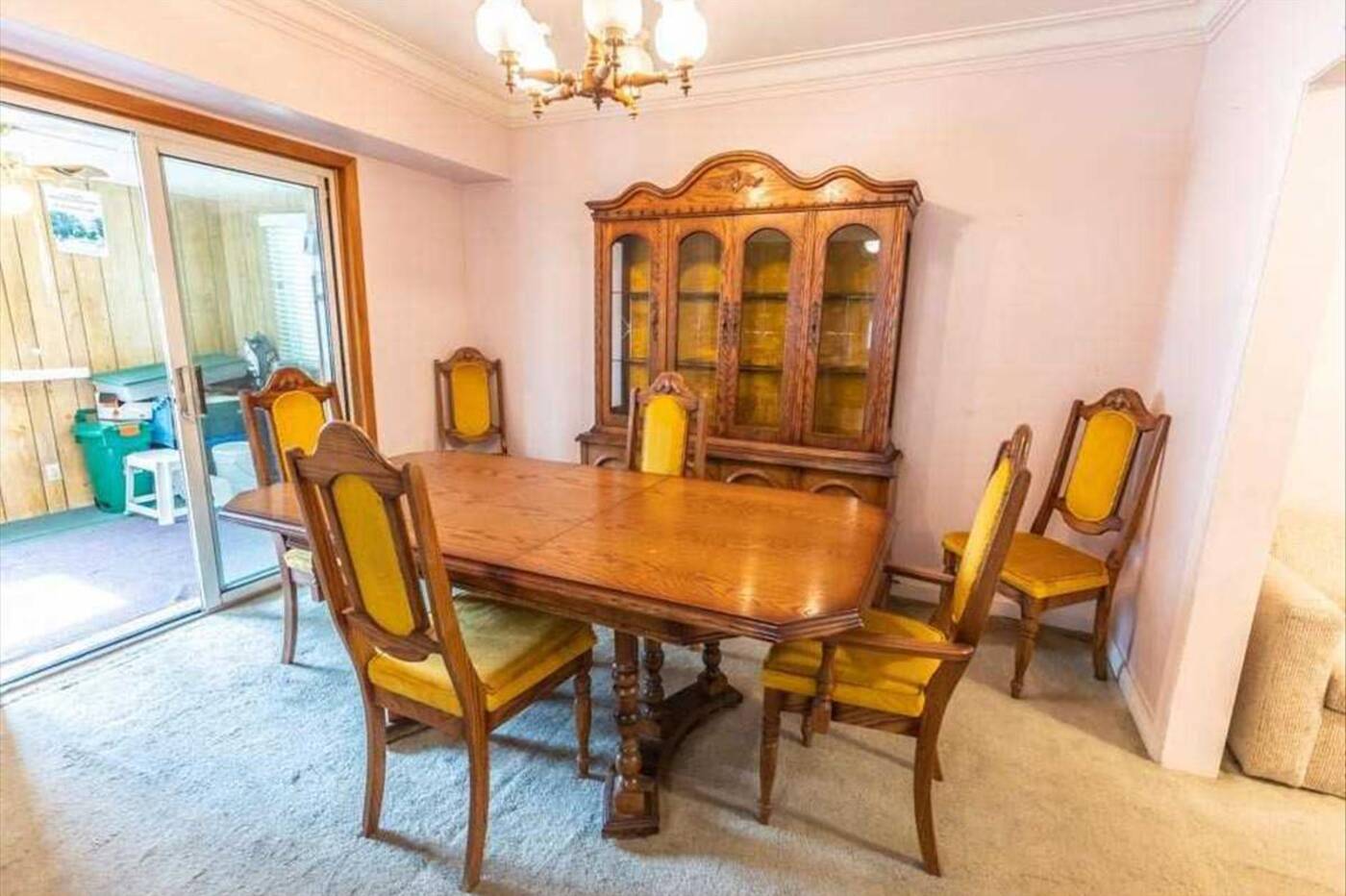 The main floor is pretty open concept with the kitchen and dining room all flowing one from the other. 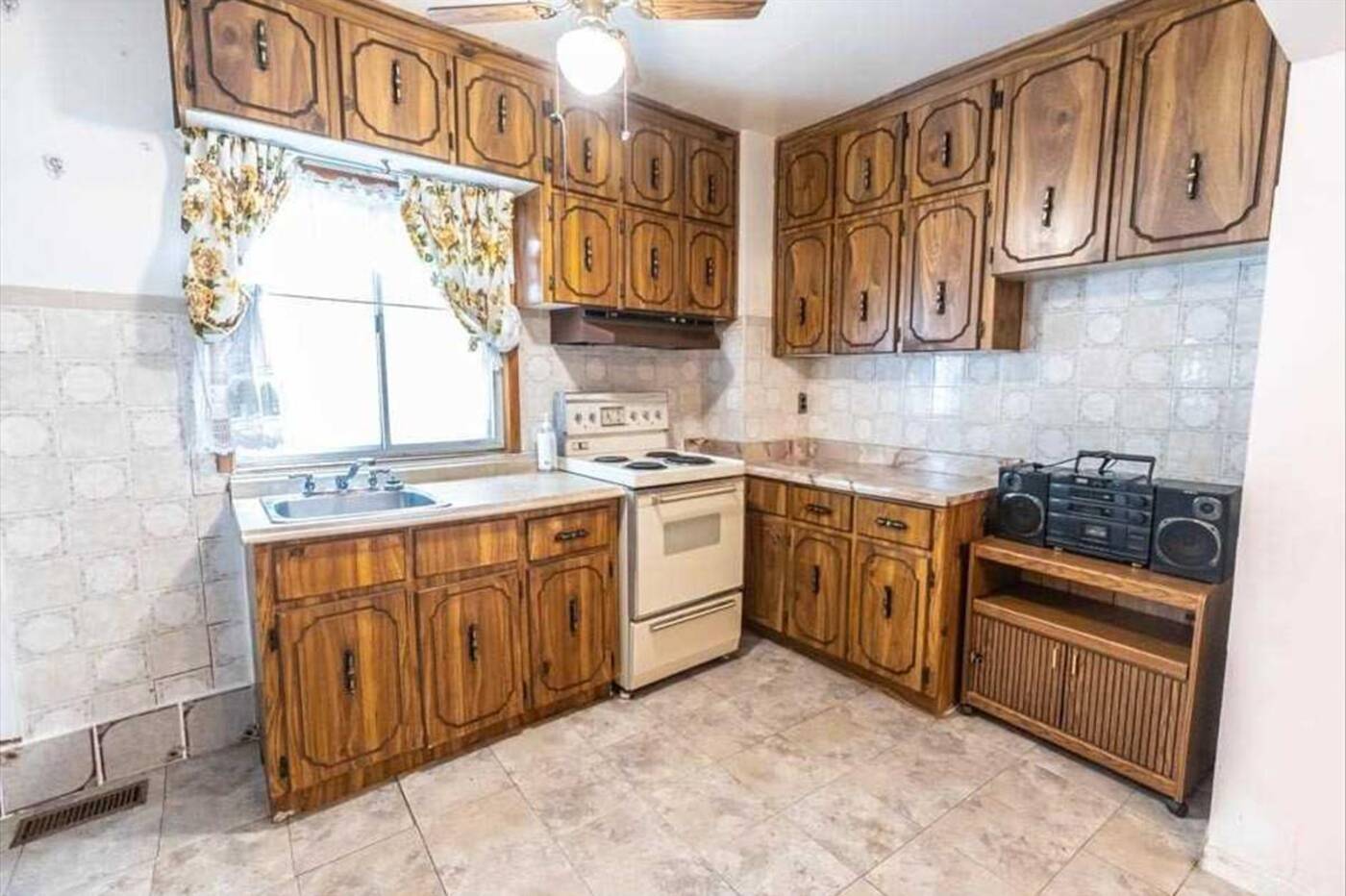 The kitchen. There does not seem to be a dishwasher.

The carpet is gross and the kitchen is so very dated but the structure looks alright. 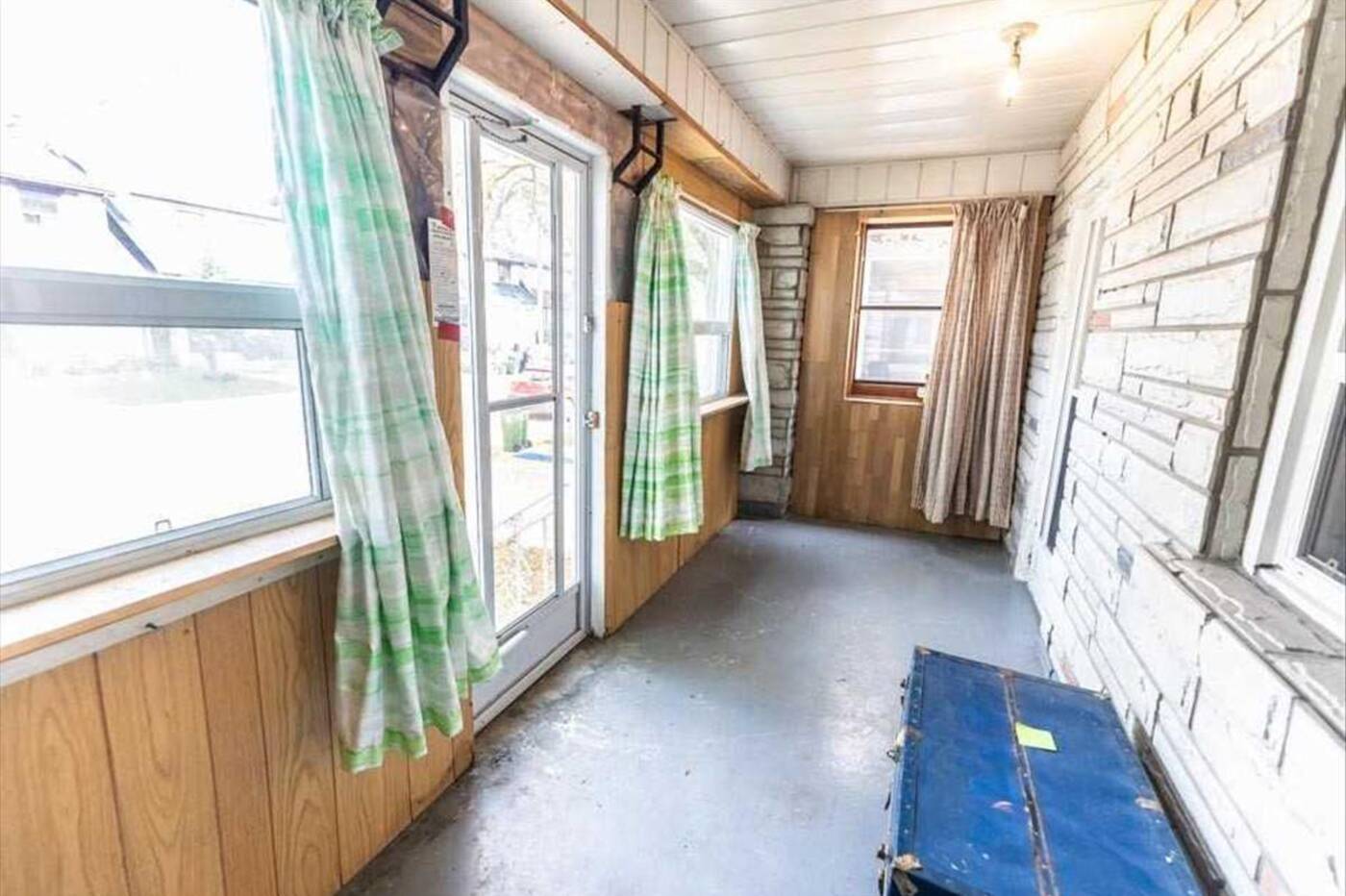 The main floor also has an enclosed mud room in the front and back of the house, which are always useful but if you want more living space could be converted. 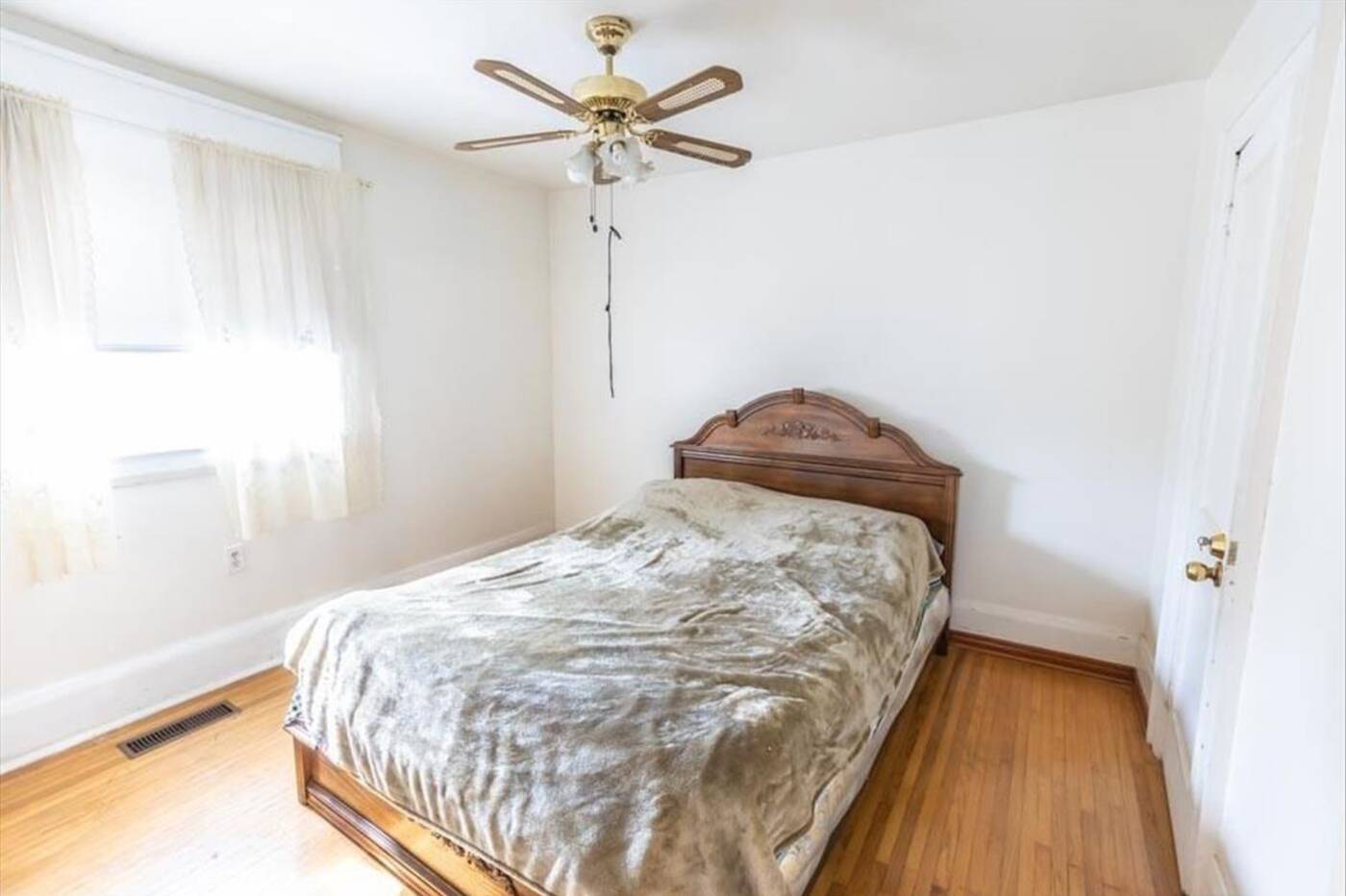 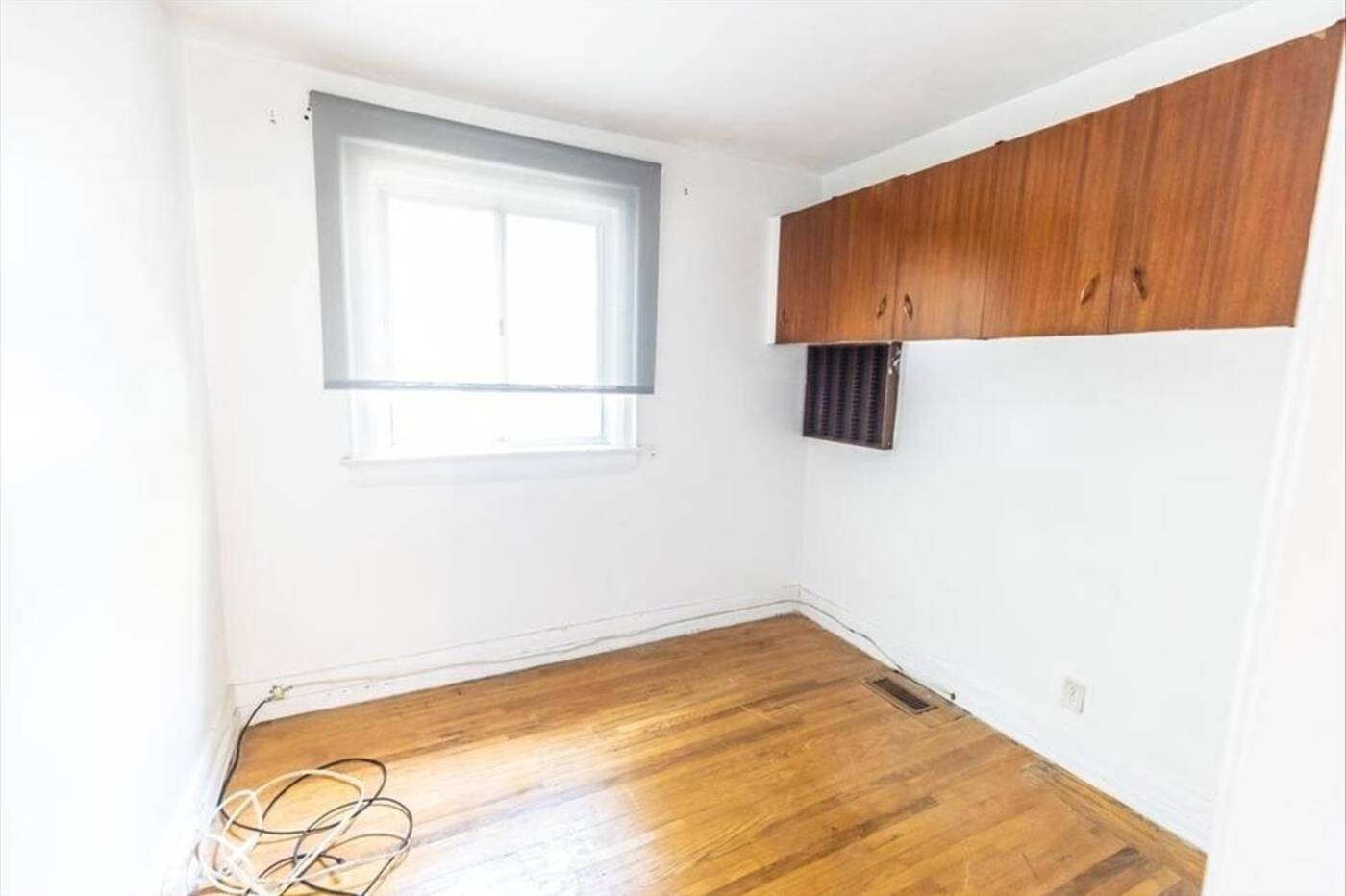 Another bedroom, which could be used as an office space.

They're not the biggest but definitely workable. 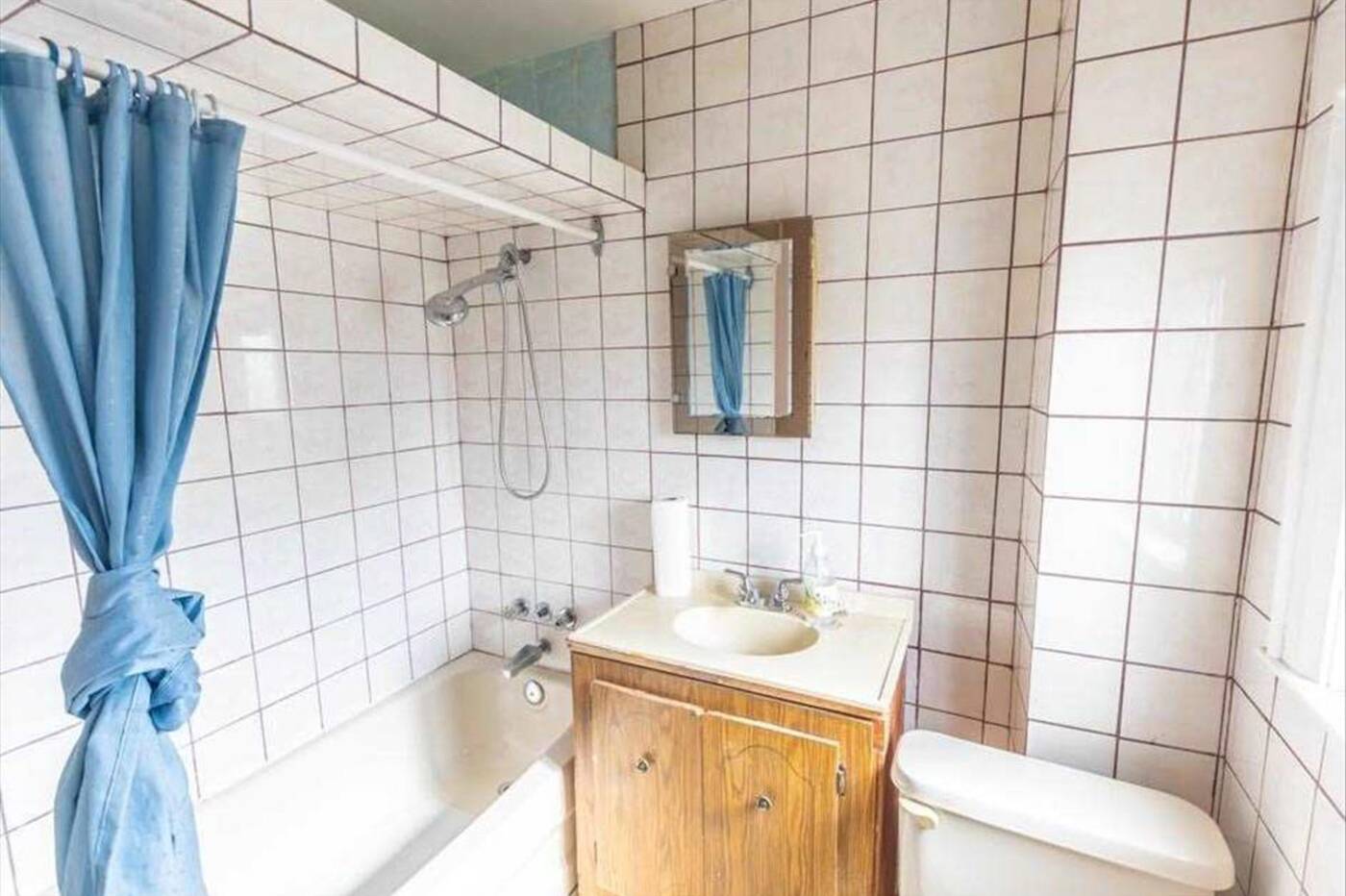 The upstairs bathroom has something super weird happening with the drop ceiling over the shower. I don't know what's up with that. 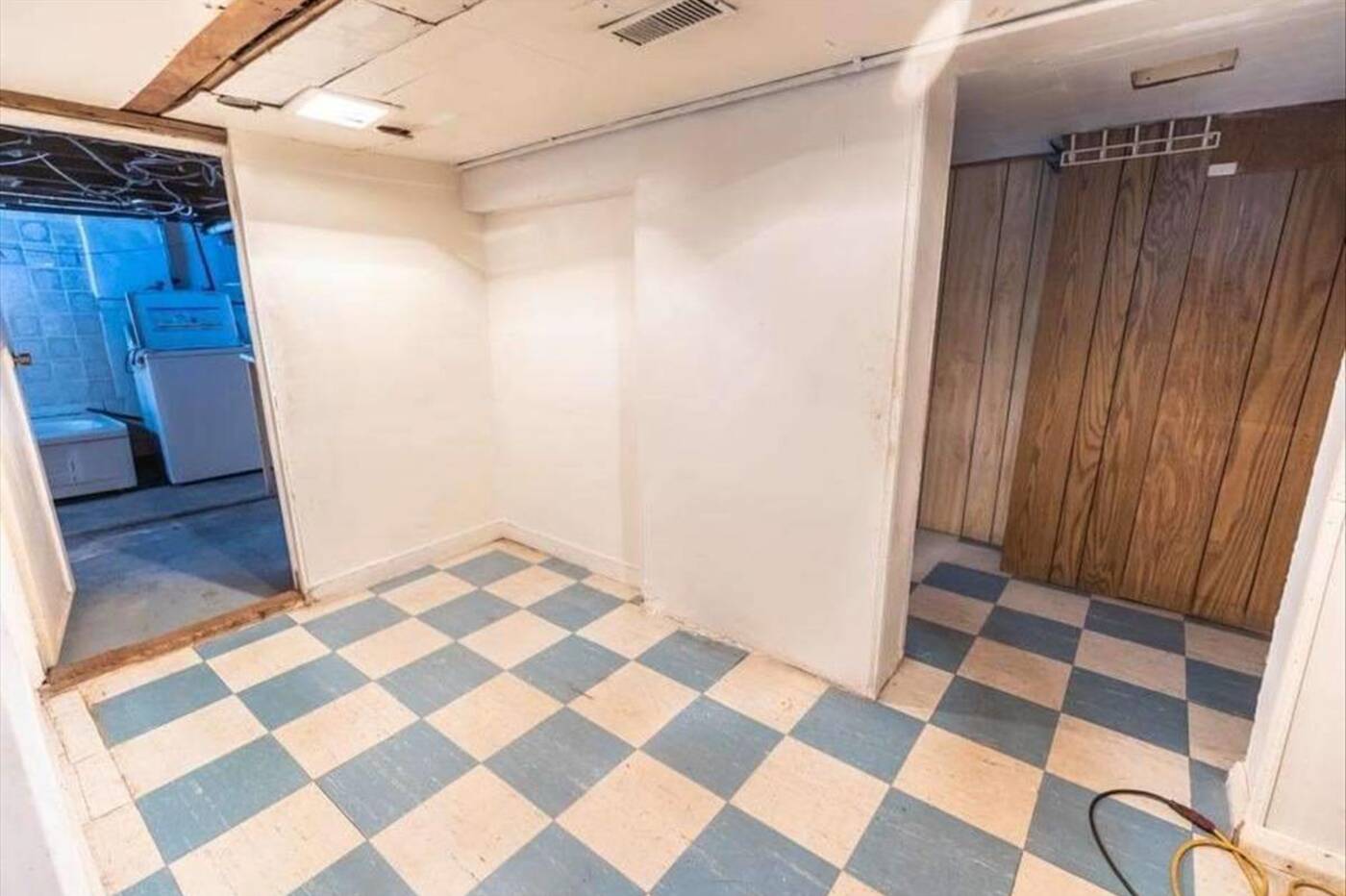 The basement has the washer and dryer.

The basement is probably the worst of it, with not even a fully finished ceiling. 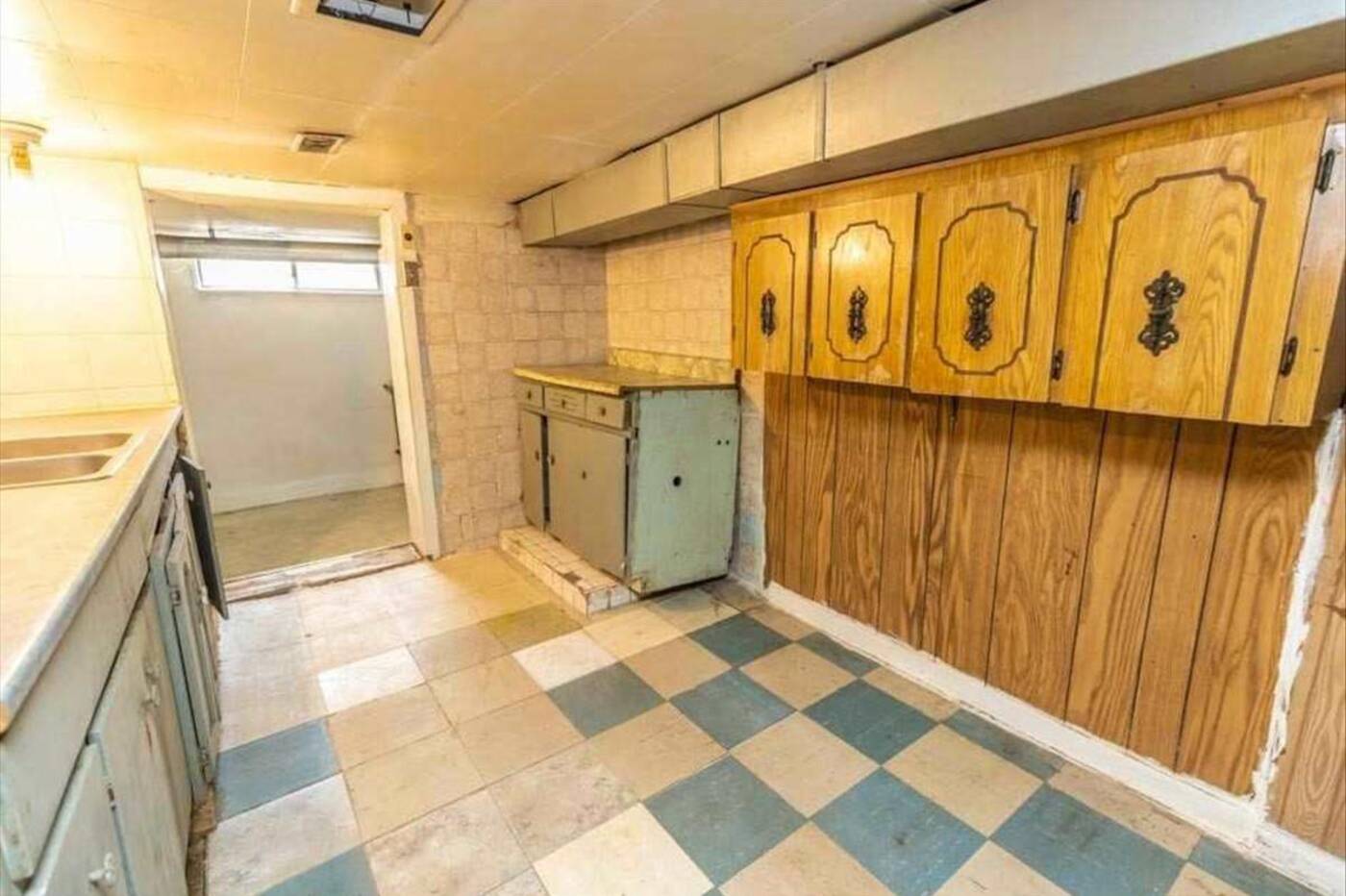 But there is a kitchen, whether it works or not is a different question all together. 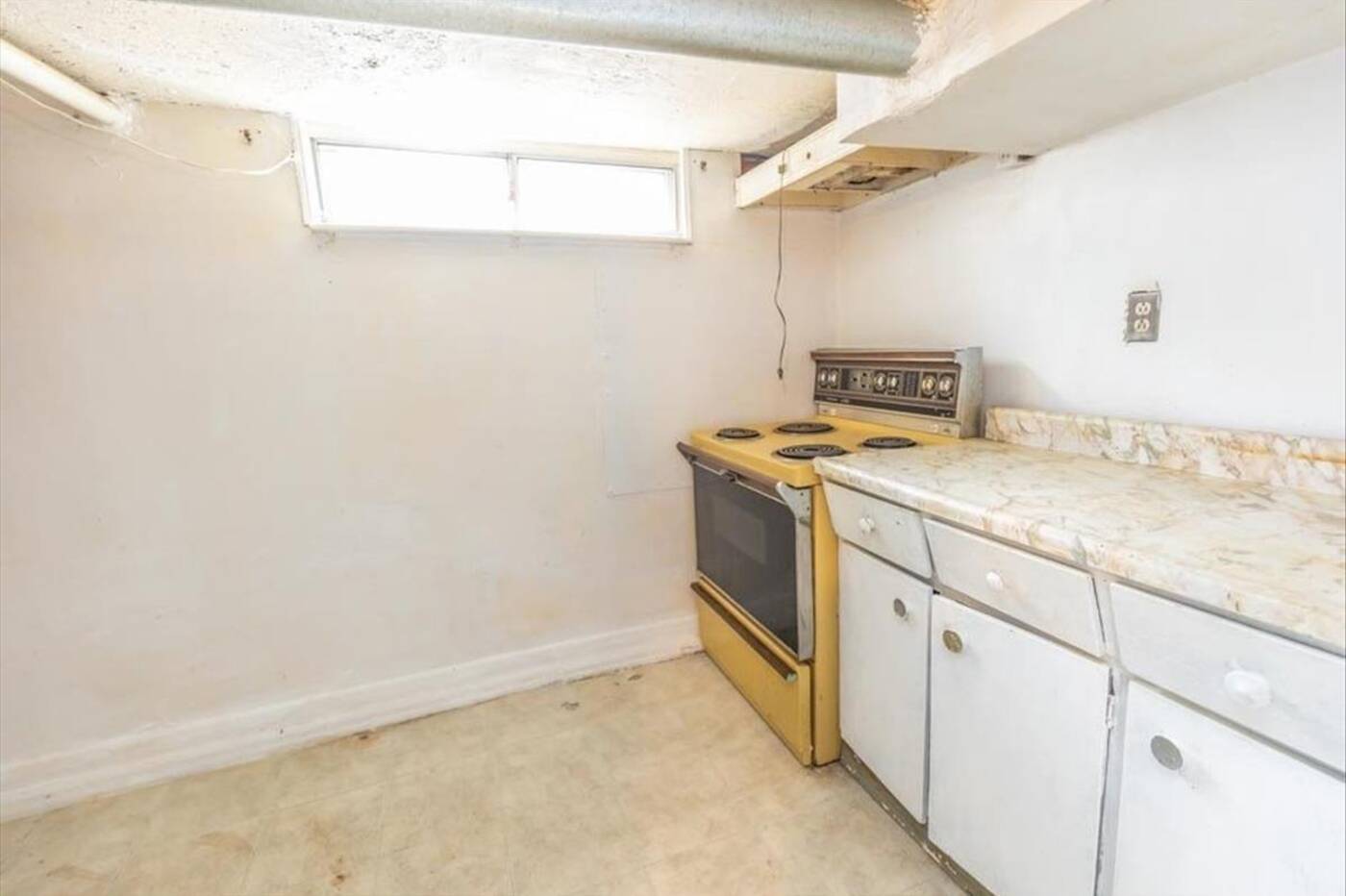 The retro stove comes with the house.

That being said it could maybe be transformed into an in-law suite or rented out if some serious renovations were done to bring it up to code. 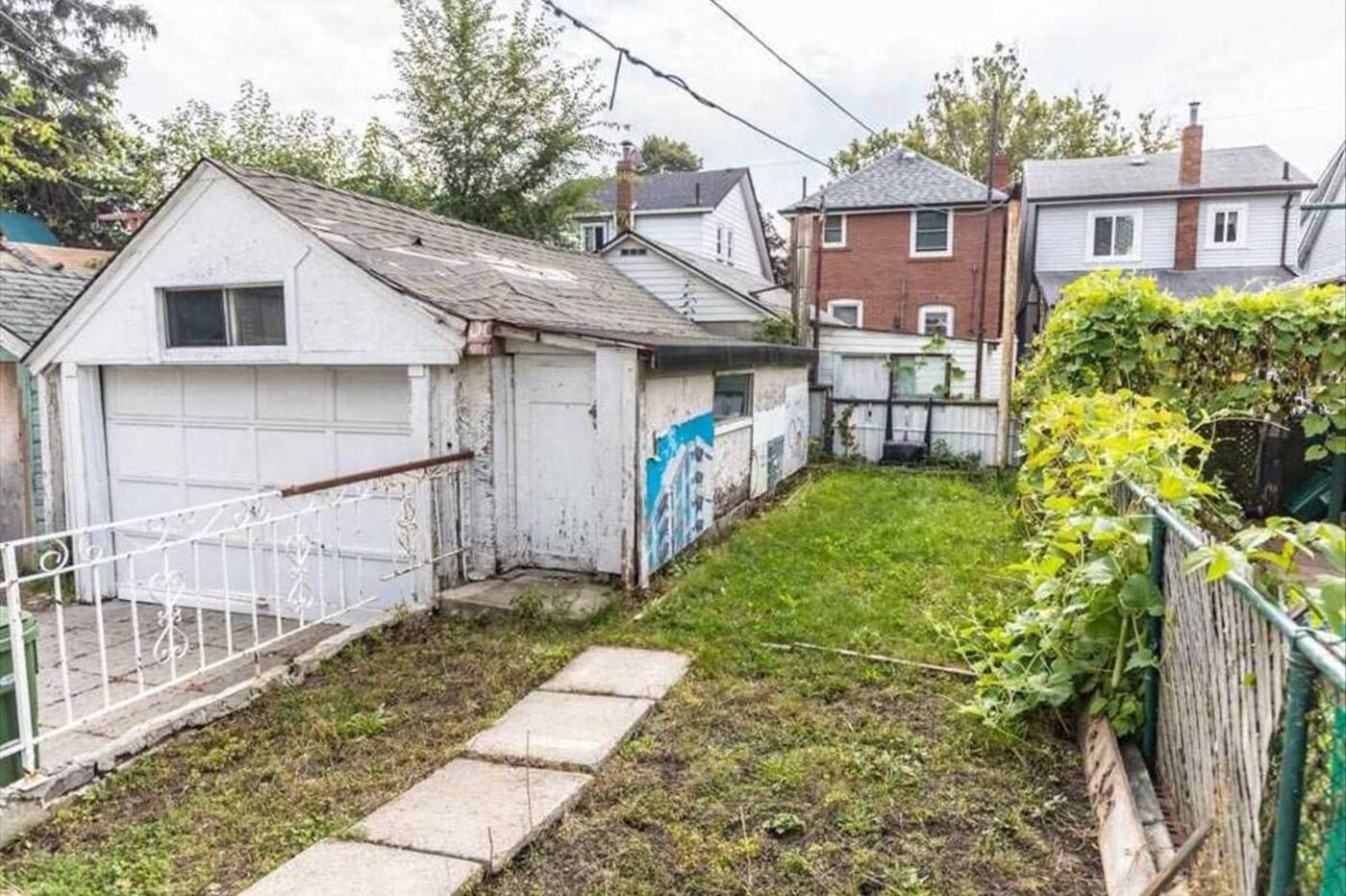 A view of the backyard and garage, which will probably need new roofing.

The home also has a sizeable backyard and a one car garage. 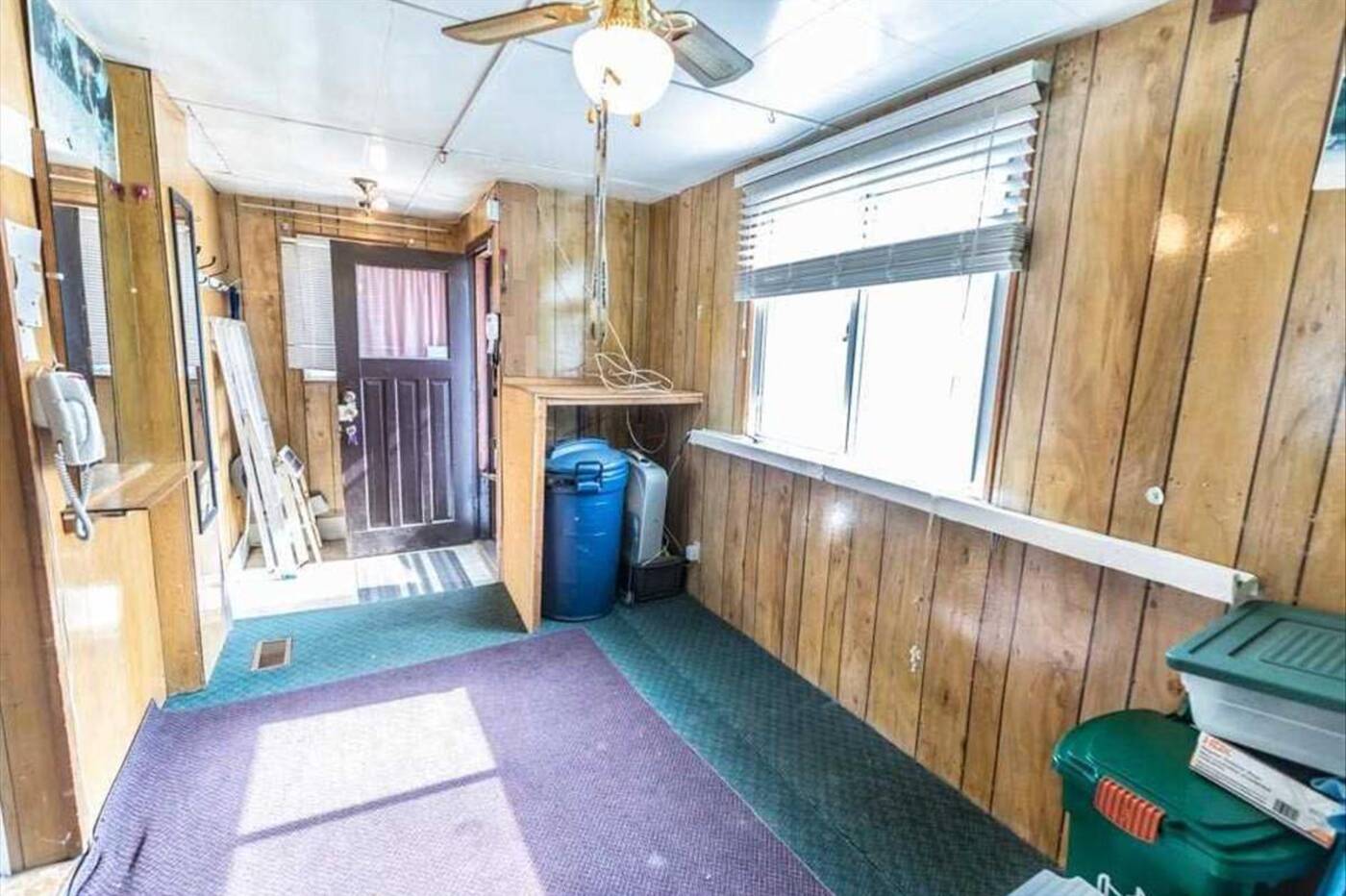 So as the listing says: "this lovely home awaits that special touch." Probably the touch of a sledge hammer but that's just semantics.