A Toronto semi-detached house is dangerously unstable after a neighbouring home was demolished.

The house at 358 Huron Street was once attached to 356 Huron Street and while neither home is listed as a heritage property, they were built in the late 1800s and occupied by a lecturer, A.B. McCallum (356 Huron) and J.M. Reade, a bookkeeper (358 Huron), according to the Toronto Architectural Conservancy of Ontario. 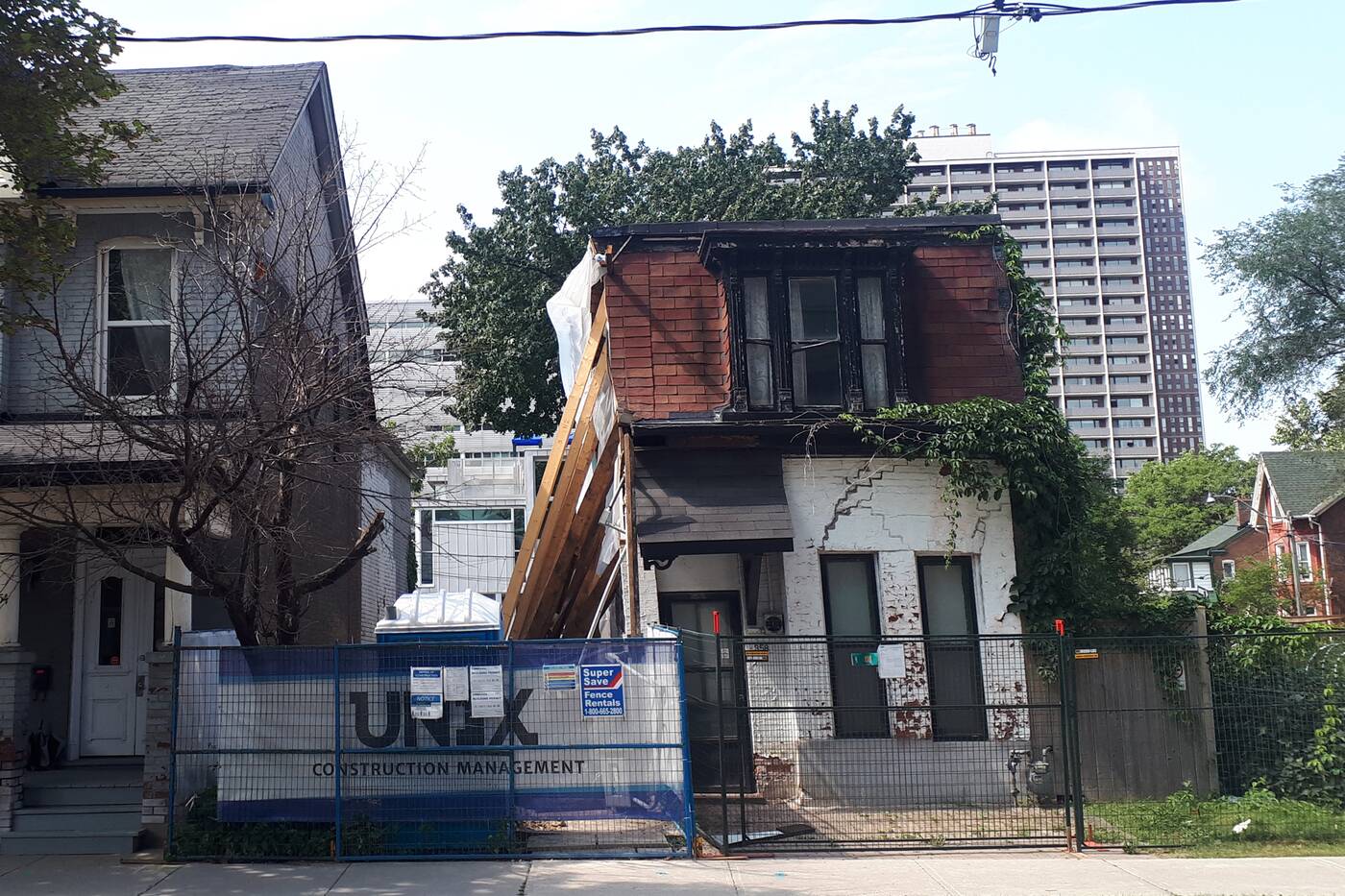 Wooden beams appeared to be holding up 358 Huron Street this summer.

The property was originally a wooden structure and was converted to a brick structure (on primary elevation) post-construction, according to the ACO.

The University of Toronto house, now left precariously standing, actually had an application to renovate the home, according to City of Toronto documents. But a City of Toronto post on the building declares it is now unsafe and "the existing demolition work at 356 Huron St. has significantly decreased the stability of 358 Huron St." 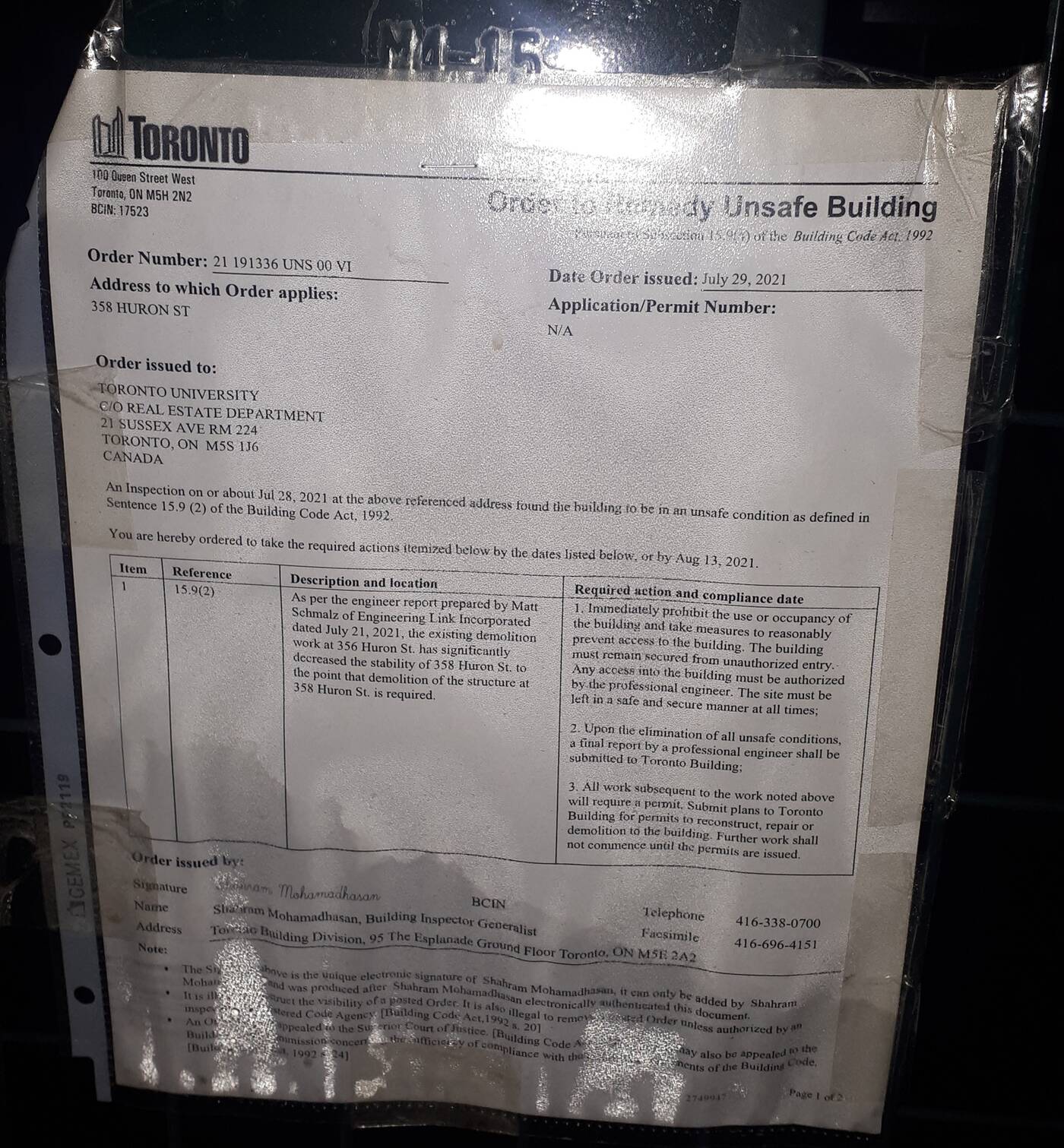 A document at the building declares it unsafe.

In a statement, the University of Toronto said it owns many houses in the Huron-Sussex area, which are used mainly for family housing for students and faculty members.

The home at 358 Huron Street was occupied by a tenant for a long period of time, the statement reads.

"In recent years, the property required and underwent repairs. The University rehoused the tenant elsewhere." 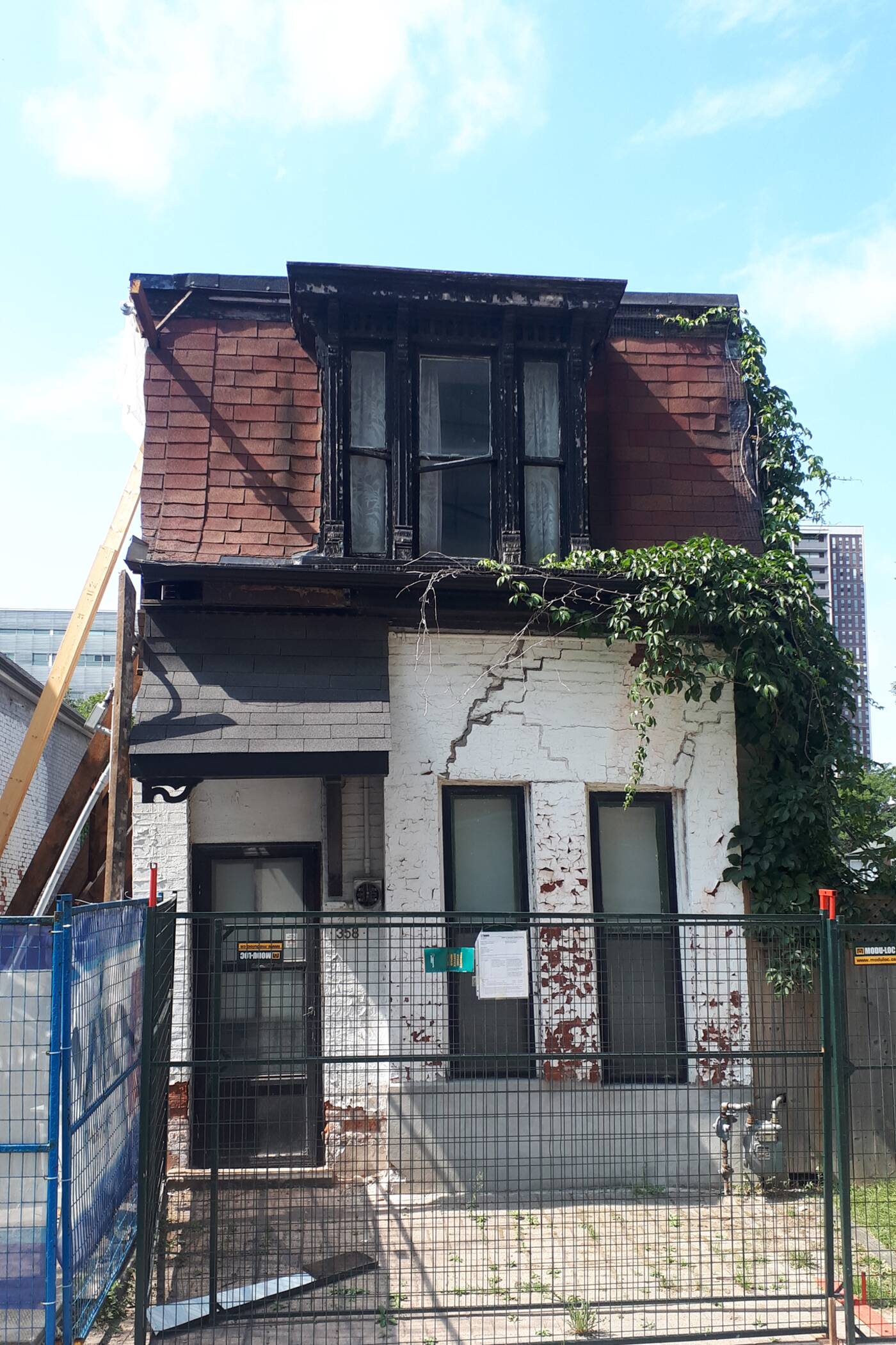 The home at 358 Huron Street is being demolished.

"Demolition activity at the neighbouring house – which the University does not own – caused structural stability problems at 358 Huron. The University was left with no choice but to request permission to demolish the house, which we recently received from the City of Toronto. That work has now started."

Like the crooked house of Shaw Street, this is the risk of owning a semi-detached home — you never know what your neighbour might be up to and the structural integrity of your home depends on it.