Most homes that have things like a pool are well into the multi-millions but not this one! 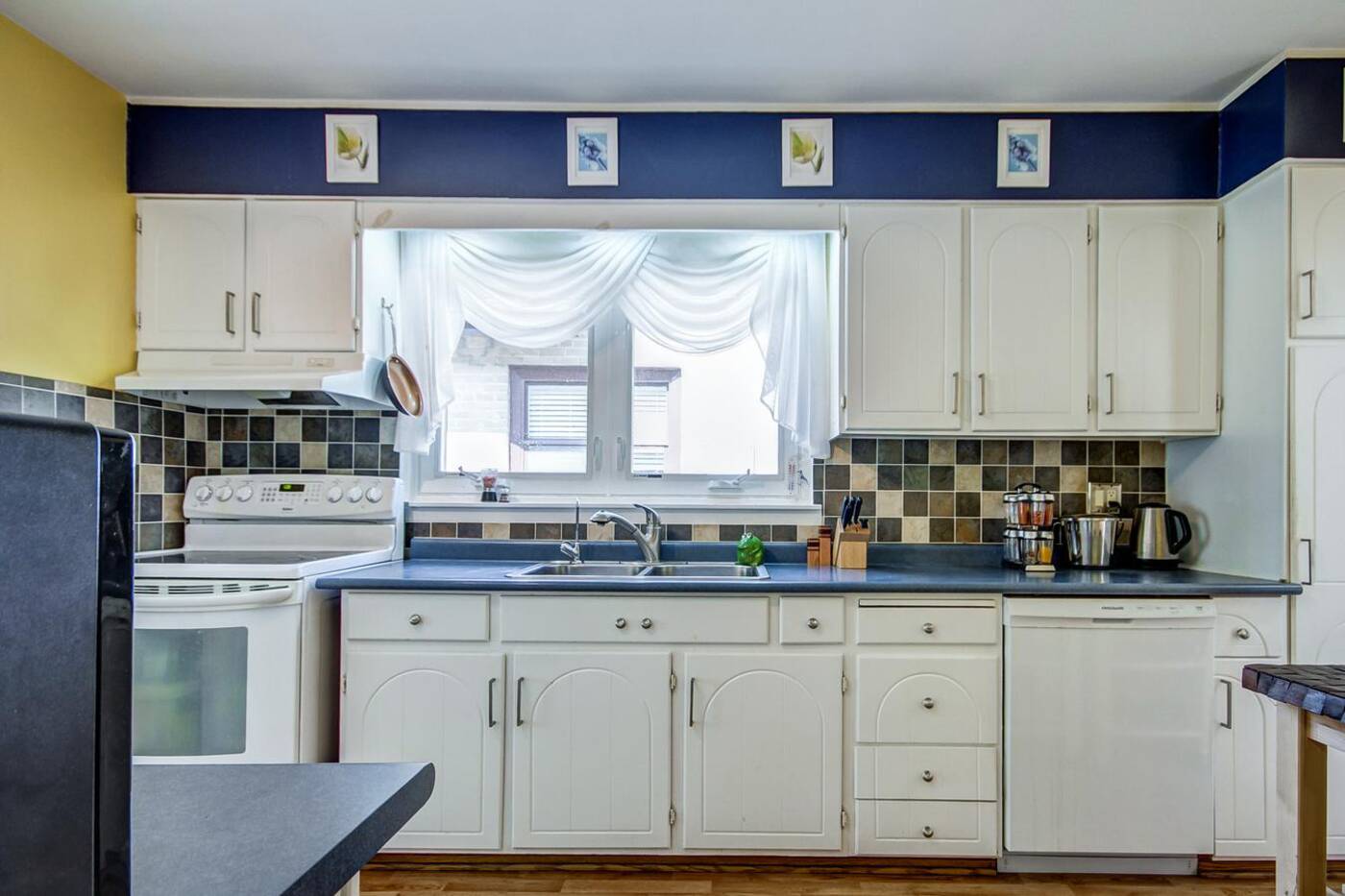 It's a detached-home with three-bedrooms and one-bathroom, in a great location – close to the 401 and a GO train station. 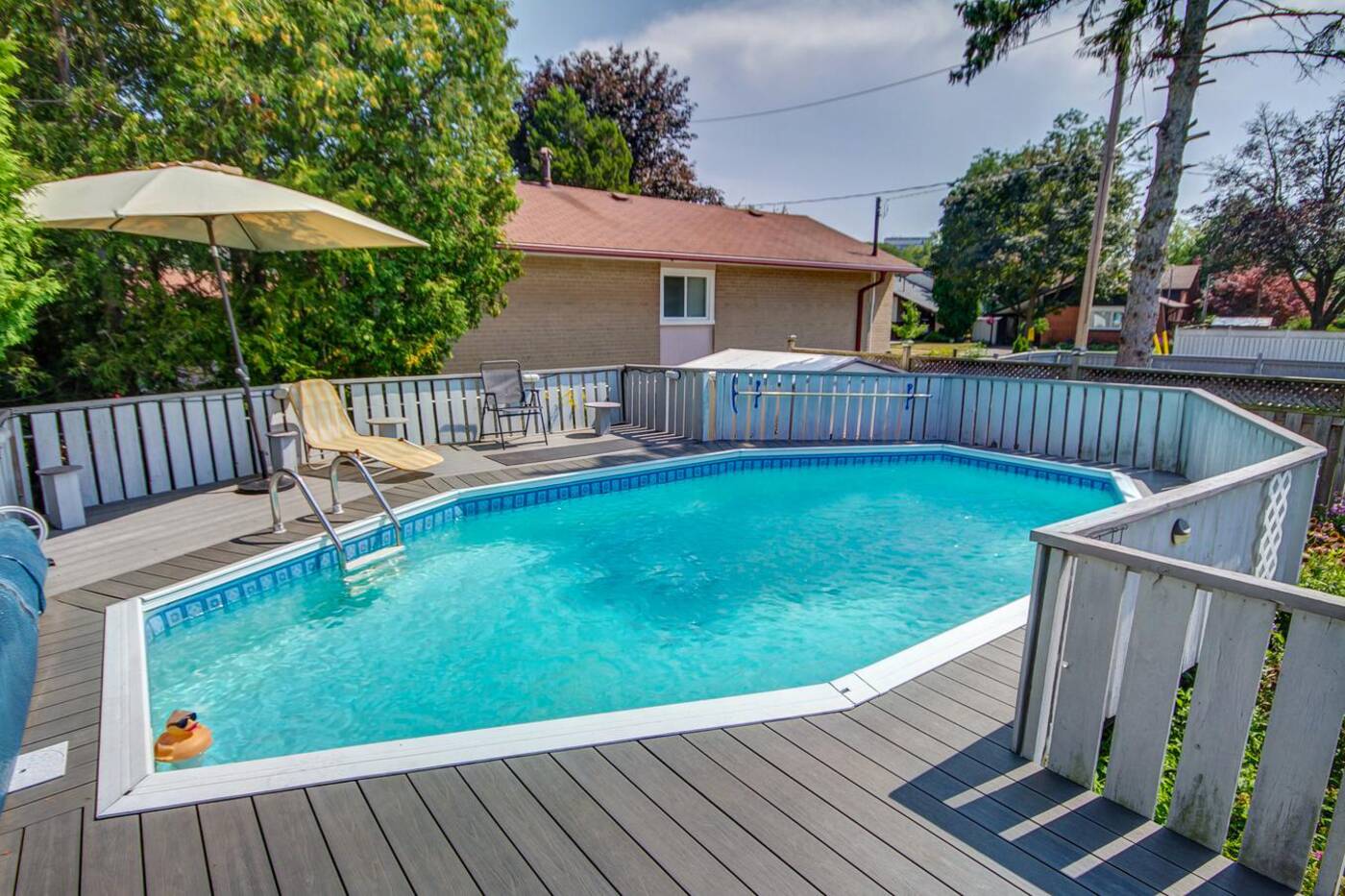 The above ground pool with new decking.

The home also comes with a hot tub and an above ground pool as well as the basement has a separate entrance, so it could be turned into a second unit in the future. 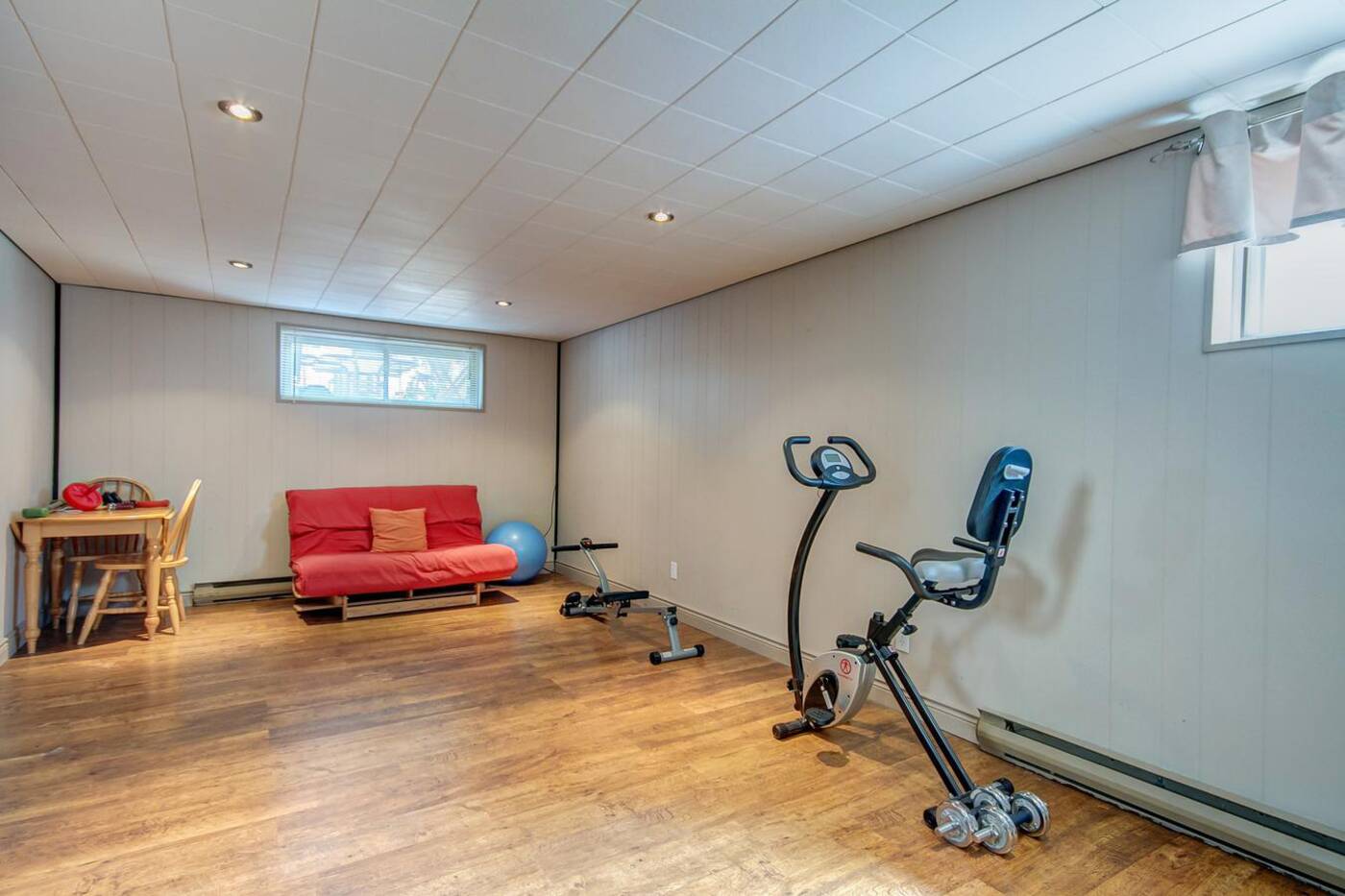 The basement is finished with a separate entrance.

So what's the catch? 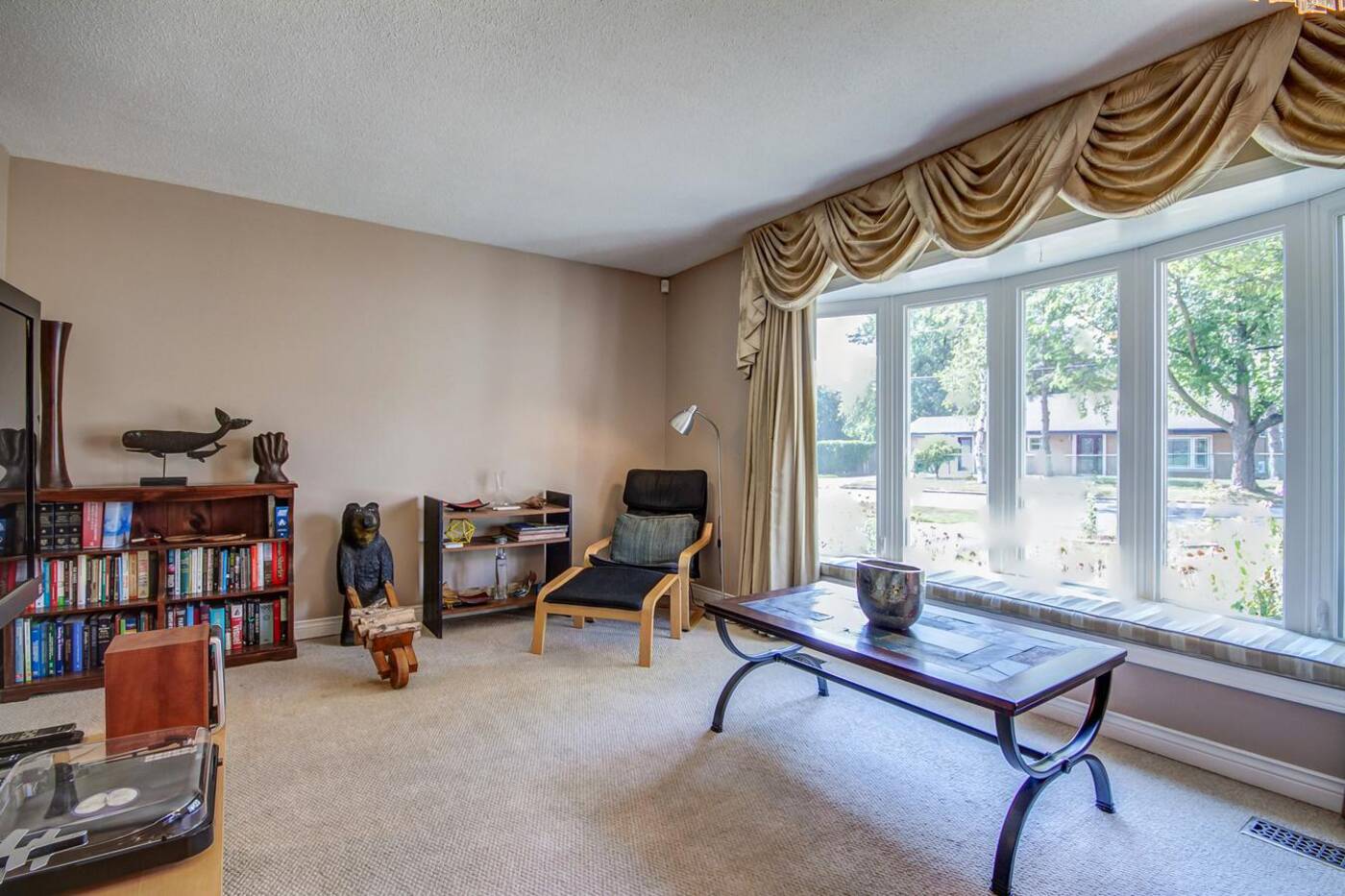 The bright living room with a large bay window.

Sure, the home is very dated and the interior is due for a renovation STAT but according to the listing the pool decking and windows have all been recently replaced. 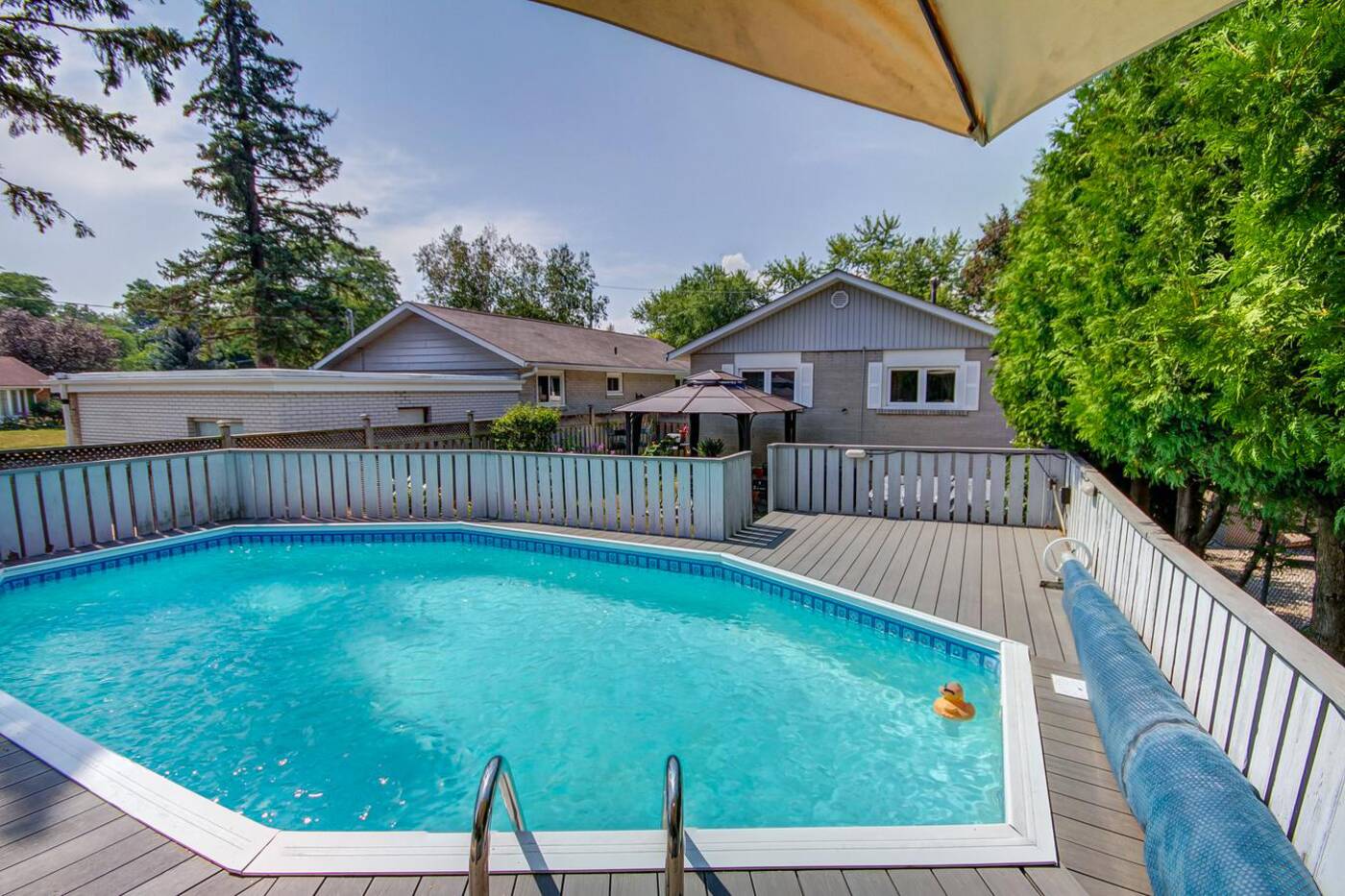 The backyard also has a 8 by 10 foot shed and a gazebo.

The pool isn't an in-ground one but let's be real when it's 40-degrees outside and all you want to do is lounge in a pool that isn't filled with a million screaming kids like the public pools this will do the trick nicely. 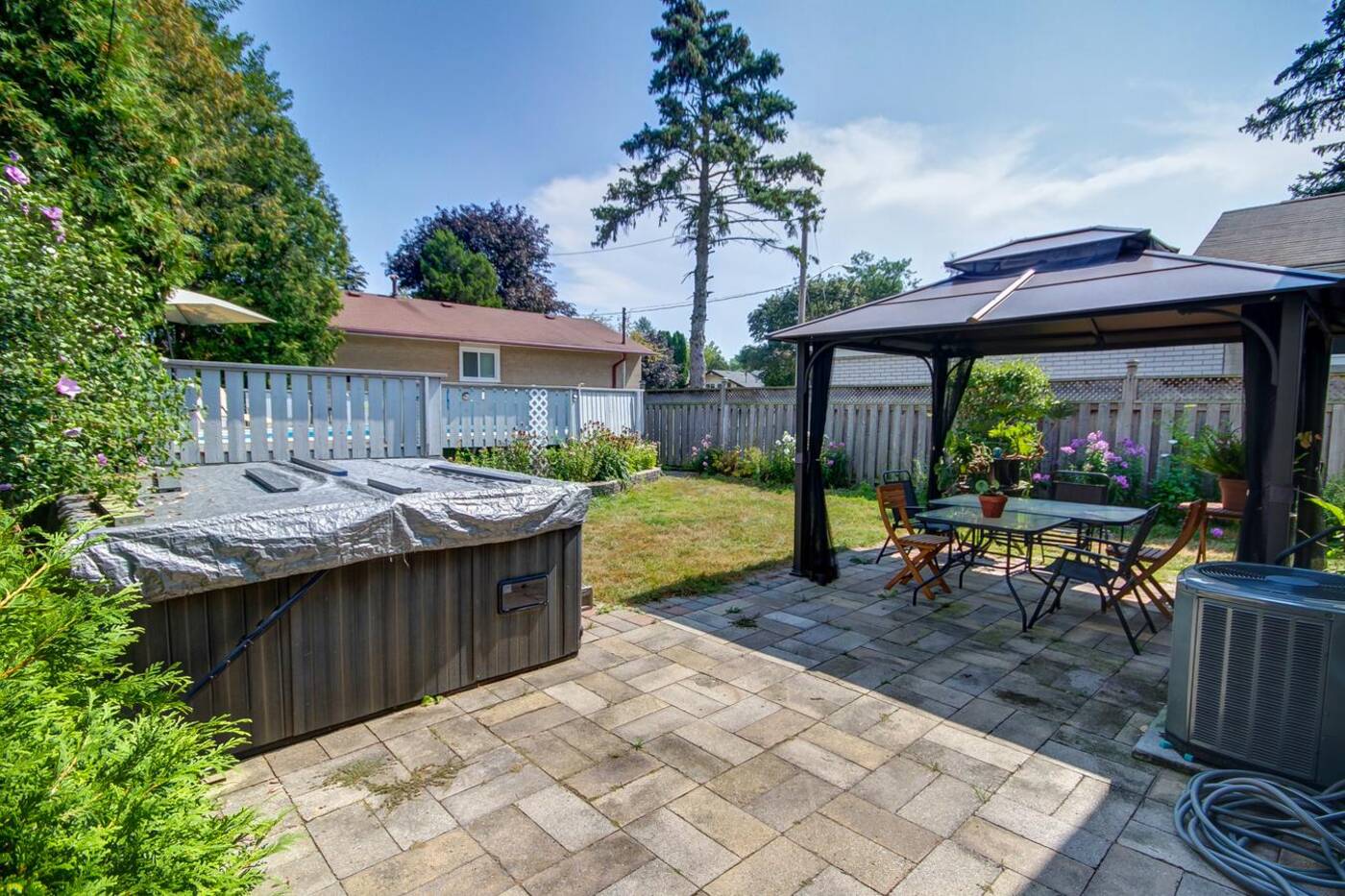 Not to mention you can use the hot tub year round! Who doesn't love a nice relaxing evening in a hot tub? 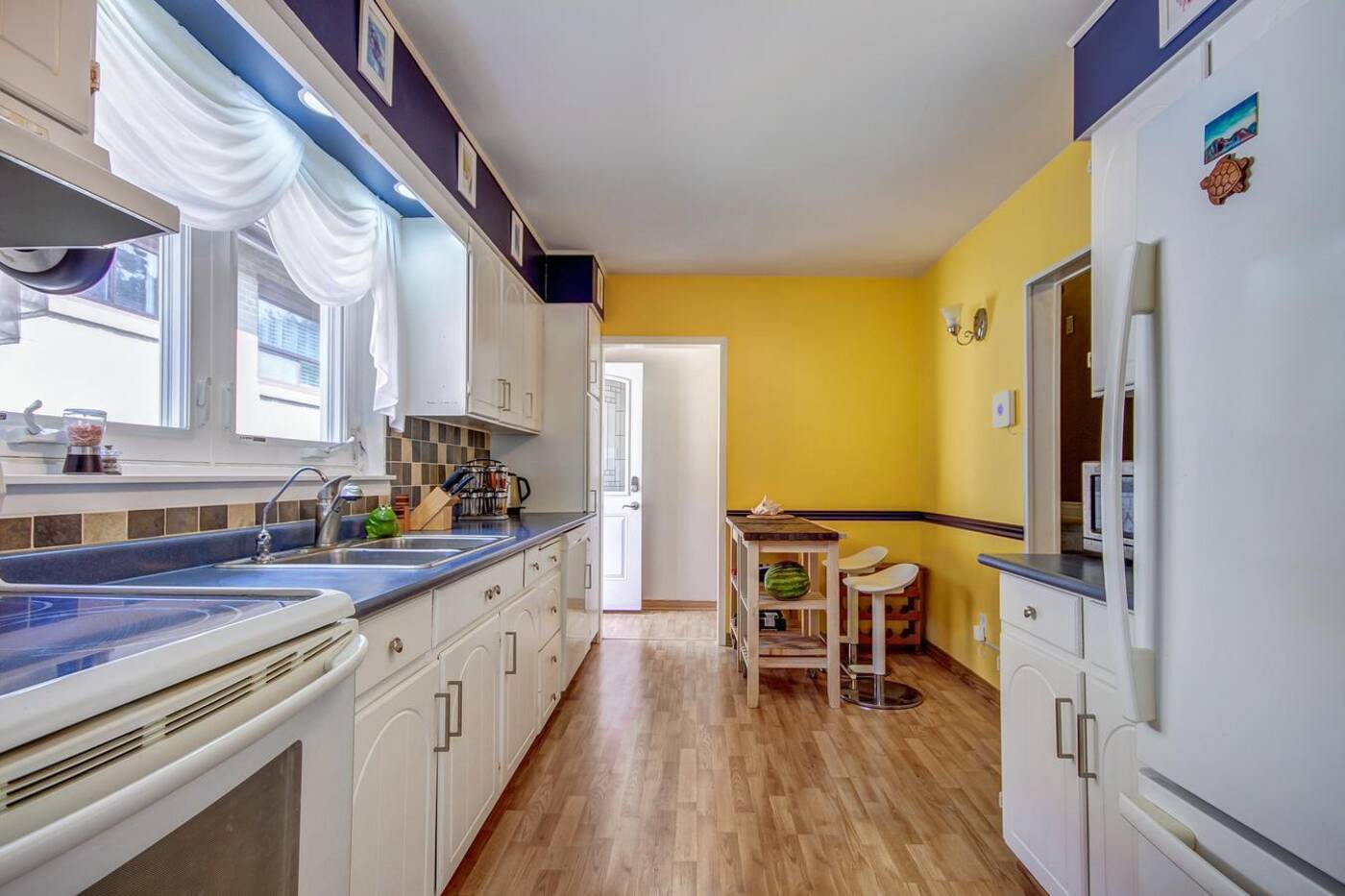 The home comes with all the appliances, but the washing machine is currently inoperable according to the listing.

But what might be cause for concern is if you look at the sales records of this home. 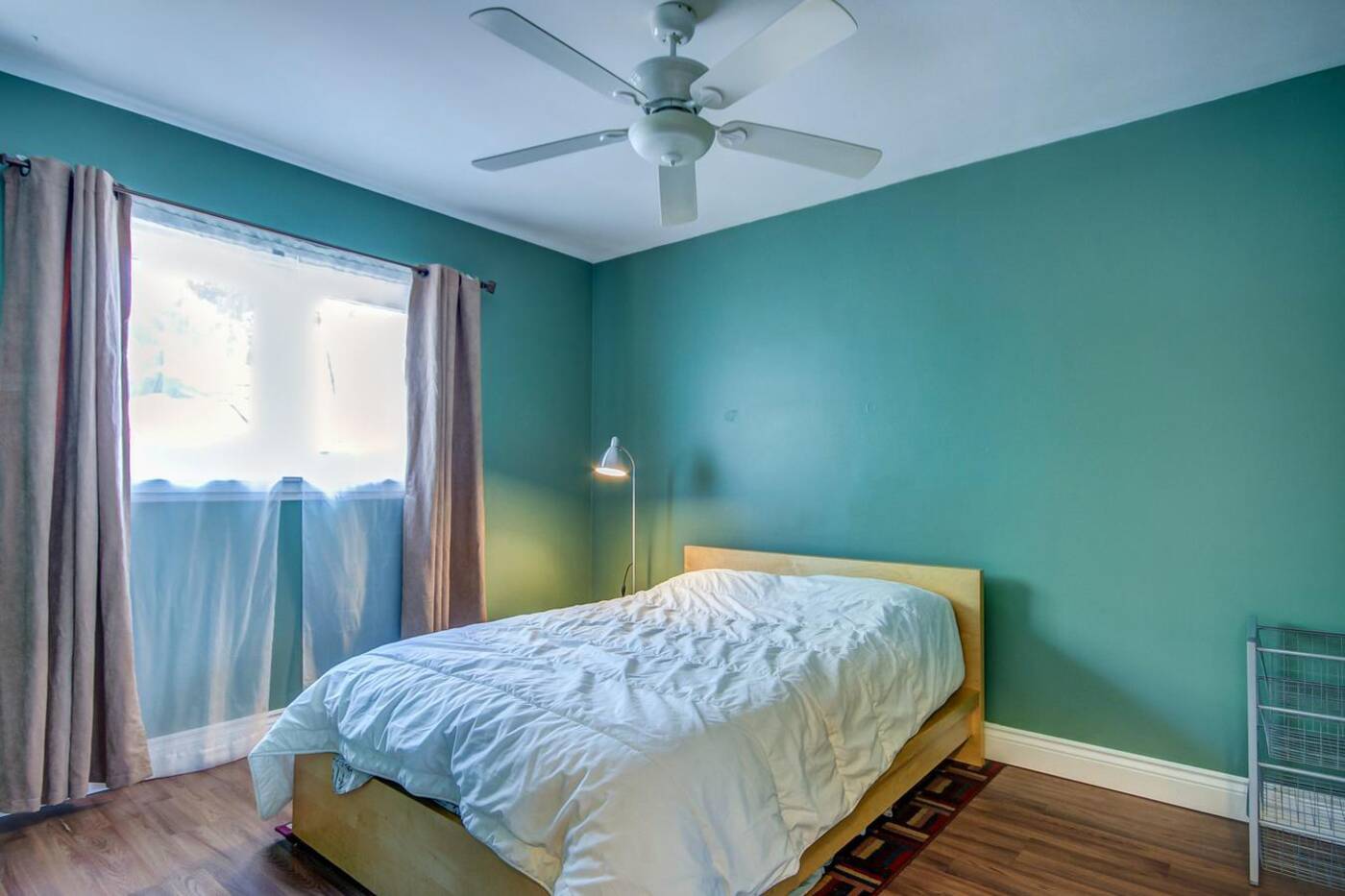 It was actually just purchased in January this year for $843,000. 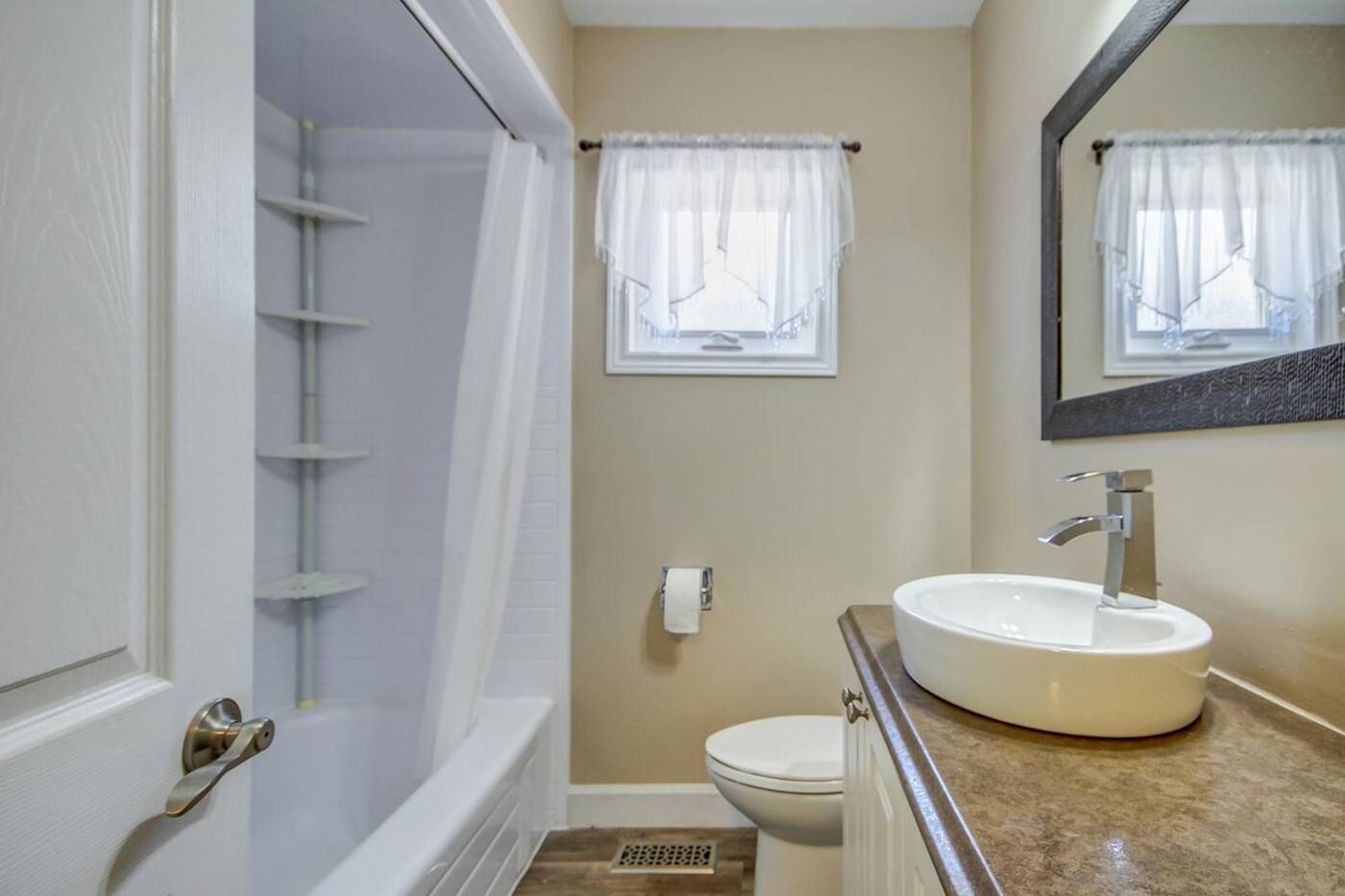 That means the current owners haven't even lived in the home for a year before deciding to re-list it, which raises some serious red flags. 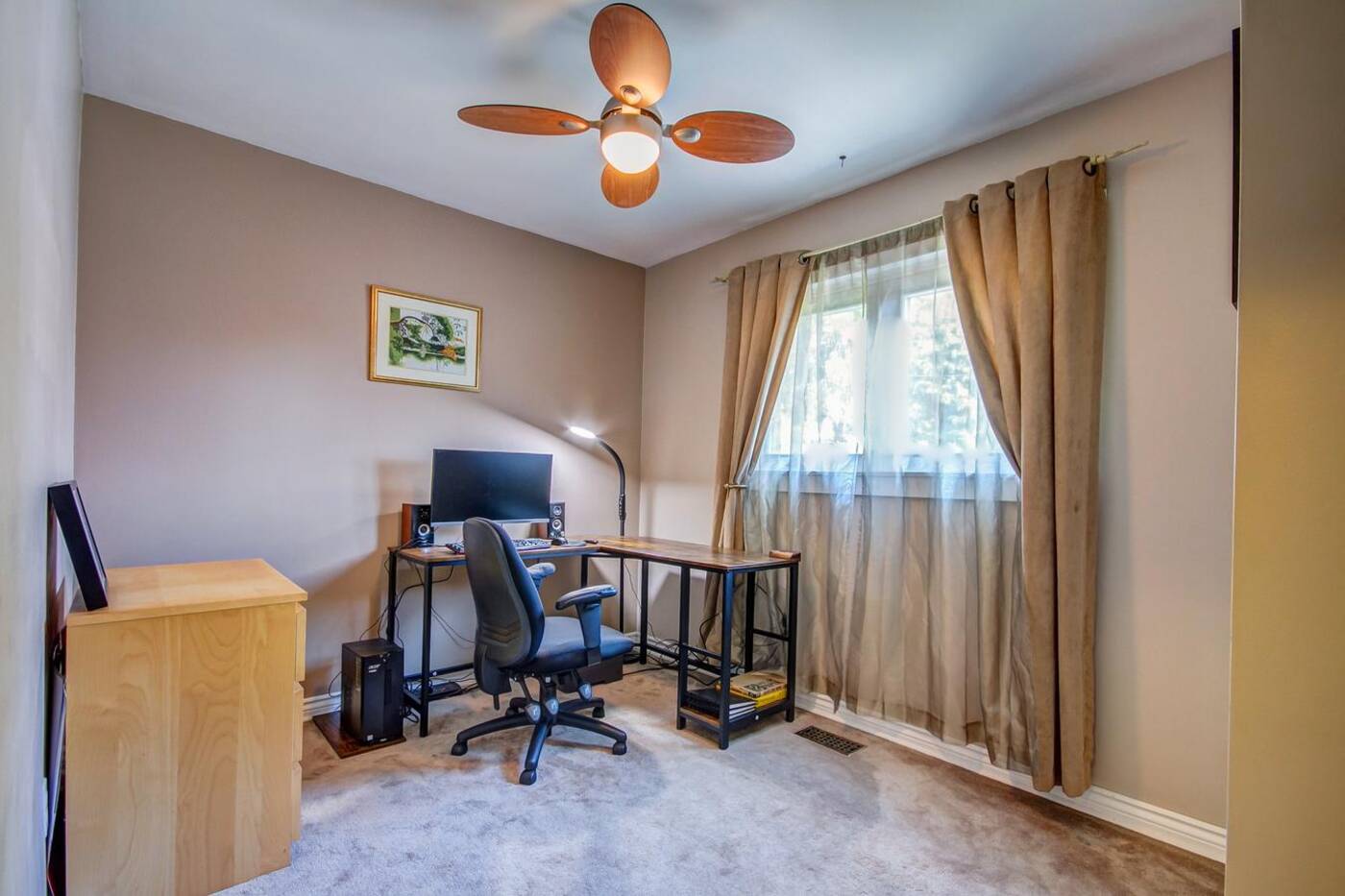 And while it's not uncommon for people to flip houses like this in a short period of time, this doesn't seem to be a house-flip-type-of-situation considering they've done zero renovations. 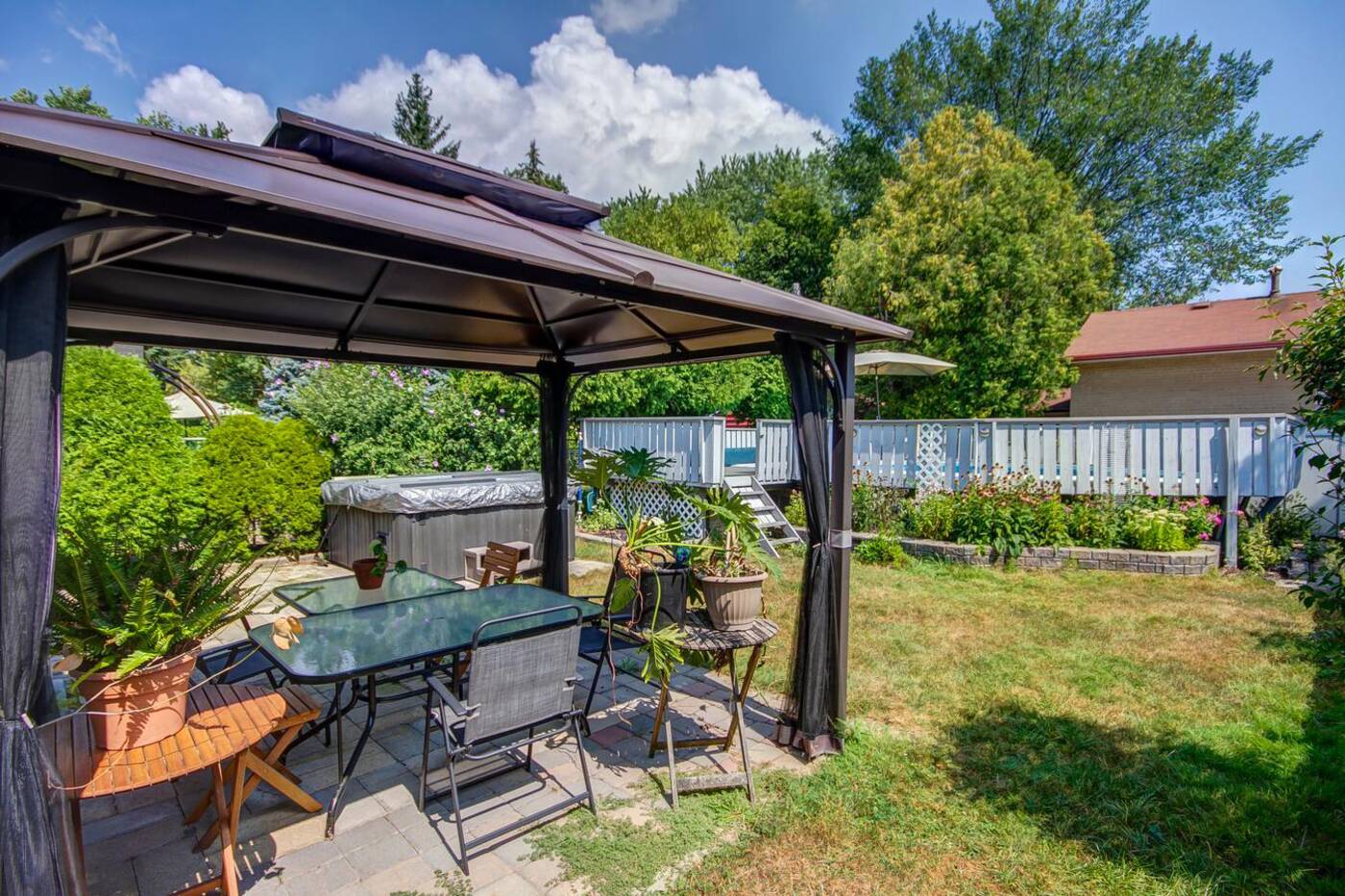 A view of the backyard "oasis".

So while it may be the case that the owners just need to move for life reasons it is a bit fishy that they didn't even spend a full year in this home before deciding to move...