You can buy this floating hotel on Toronto's waterfront

Lockdown and travel restrictions have made it challenging to keep Toronto's hotels profitable. One hotel, in particular, remains afloat despite being officially defunct and up for sale. Afloat in the literal sense, at least.

After 14 months of being stranded in the U.S. as the pandemic kept international borders locked down, the Making Waves Boatel is finally set to return to Toronto's waterfront. 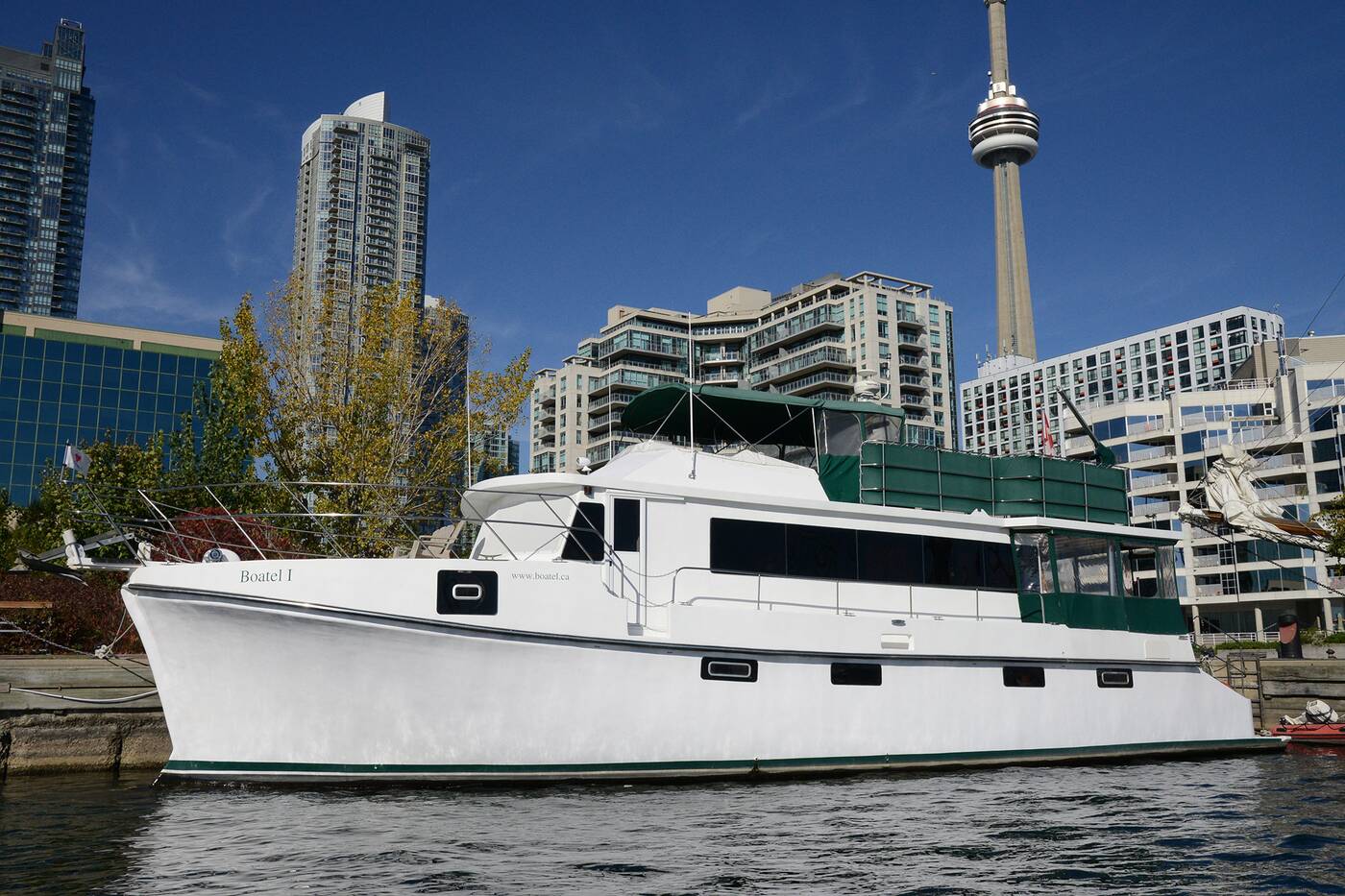 The return of Toronto's only floating bed & breakfast, or "boatel" could prove to be the 65-foot private yacht's farewell trip to the city, with owners Diane and Ted Greene touring the vessel to find a new owner following 16 years of operation. 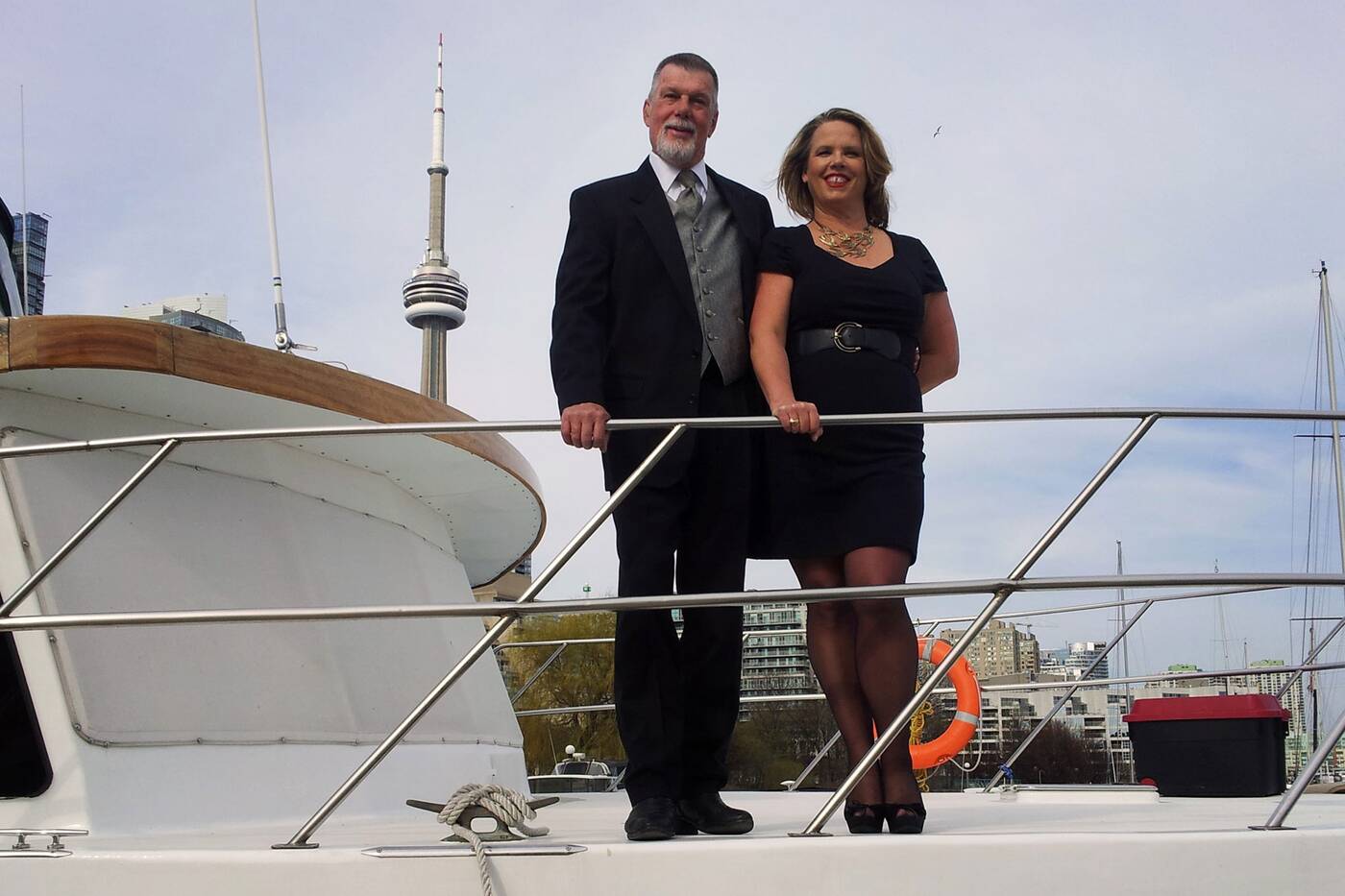 The move to sell their passion project is partly due to the lockdown and travel restrictions, though the owners are excited not just for the future hotel boom but also to move on to the next chapter in their lives with plans to pursue travel and other bucket-list checkboxes.

Creating a floating hotel destination was a goal the Greenes realized back in June 2004, long before smartphones and social media networks had influencers flocking to find the next 'gram-worthy spot.

Leaving behind their corporate gigs and selling off all of their worldly possessions, the couple found the perfect yacht in Montreal, bringing it back to Toronto to begin converting it into the city's only floating hotel experience. 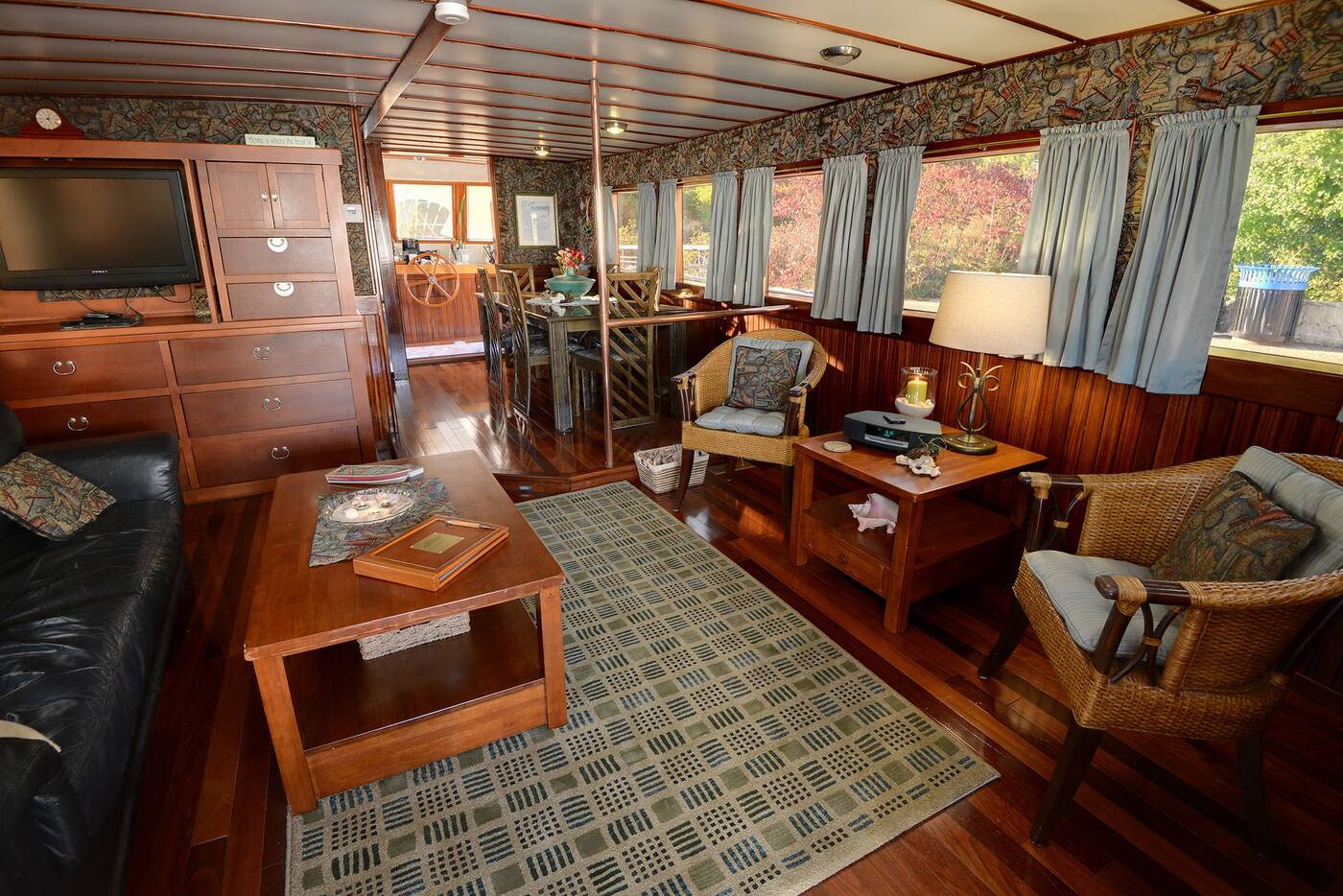 This bold move also allowed the couple to pursue another dream, making regular winter voyages to the Bahamas then returning to Canada for the warmer months to run their business.

"We have been travelling between Toronto and the Bahamas since 2004," Diane tells blogTO. "The trip takes about five weeks down and three to four weeks back depending on the weather. We are gone from the beginning of October till mid-May when the New York Canal locks open up."

While in Toronto, the vessel operated as a traditional bed and breakfast with three guestrooms, along with the Greenes' accommodations.

The couple takes pride in what has been accomplished across 16 years of marine hospitality, but are thrilled to be moving on to new endeavours.

This hasn't been an easy decision for the pair, considering plans to sell the craft for over a decade now. 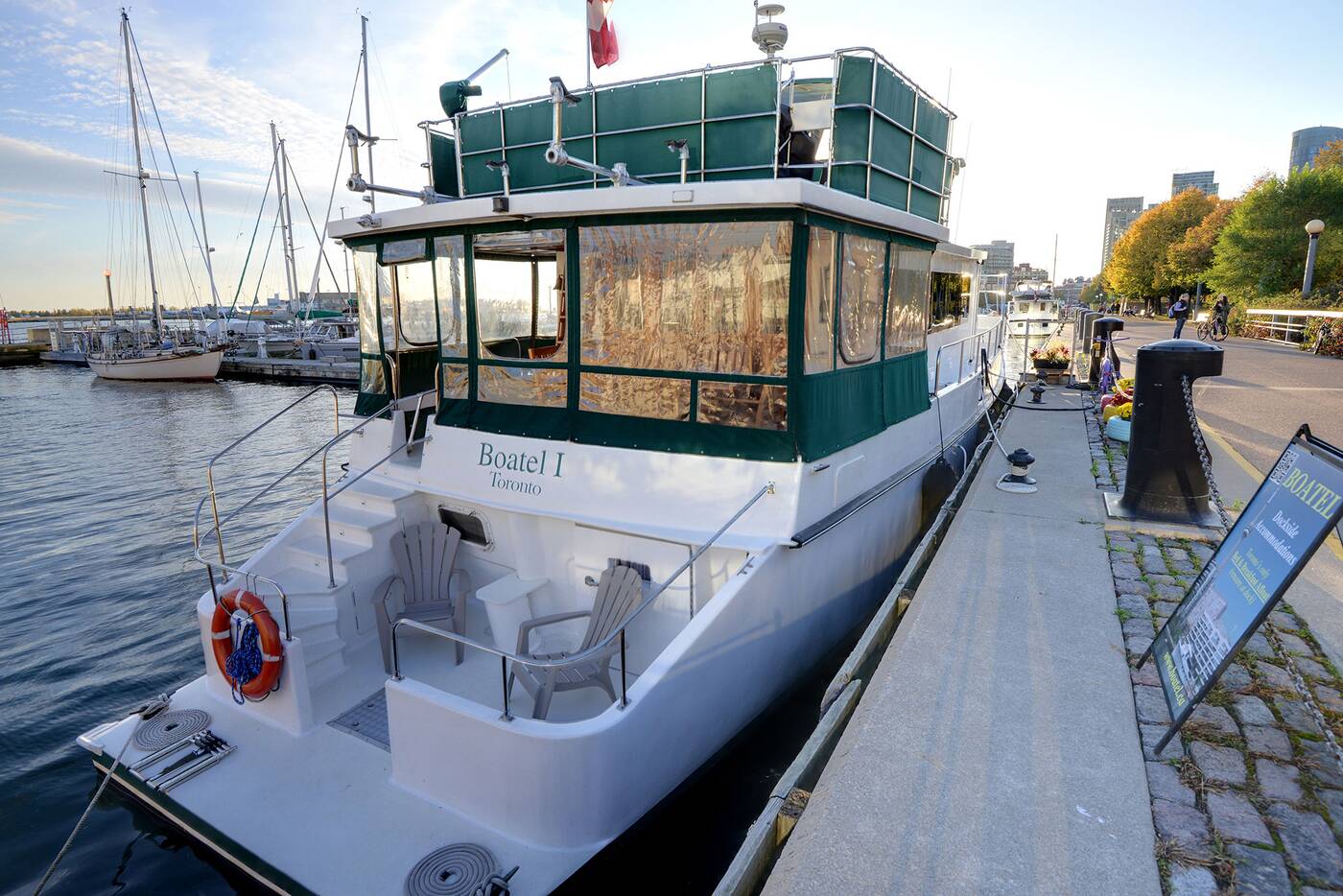 "Even after having been closed because of COVID since October 2019, we are still ranked as the #1 bed and breakfast in Toronto on Trip Advisor."

With this reputation established, the owners intend to find a new boutique hotel operator to run the boat, the only such craft approved to operate as a hotel on the Toronto waterfront.

The Boatel will be in Toronto for showings from August 20 to 23. However, the viewing will be by appointment only. The owners stress that this is not an open house and are asking for only serious inquiries. 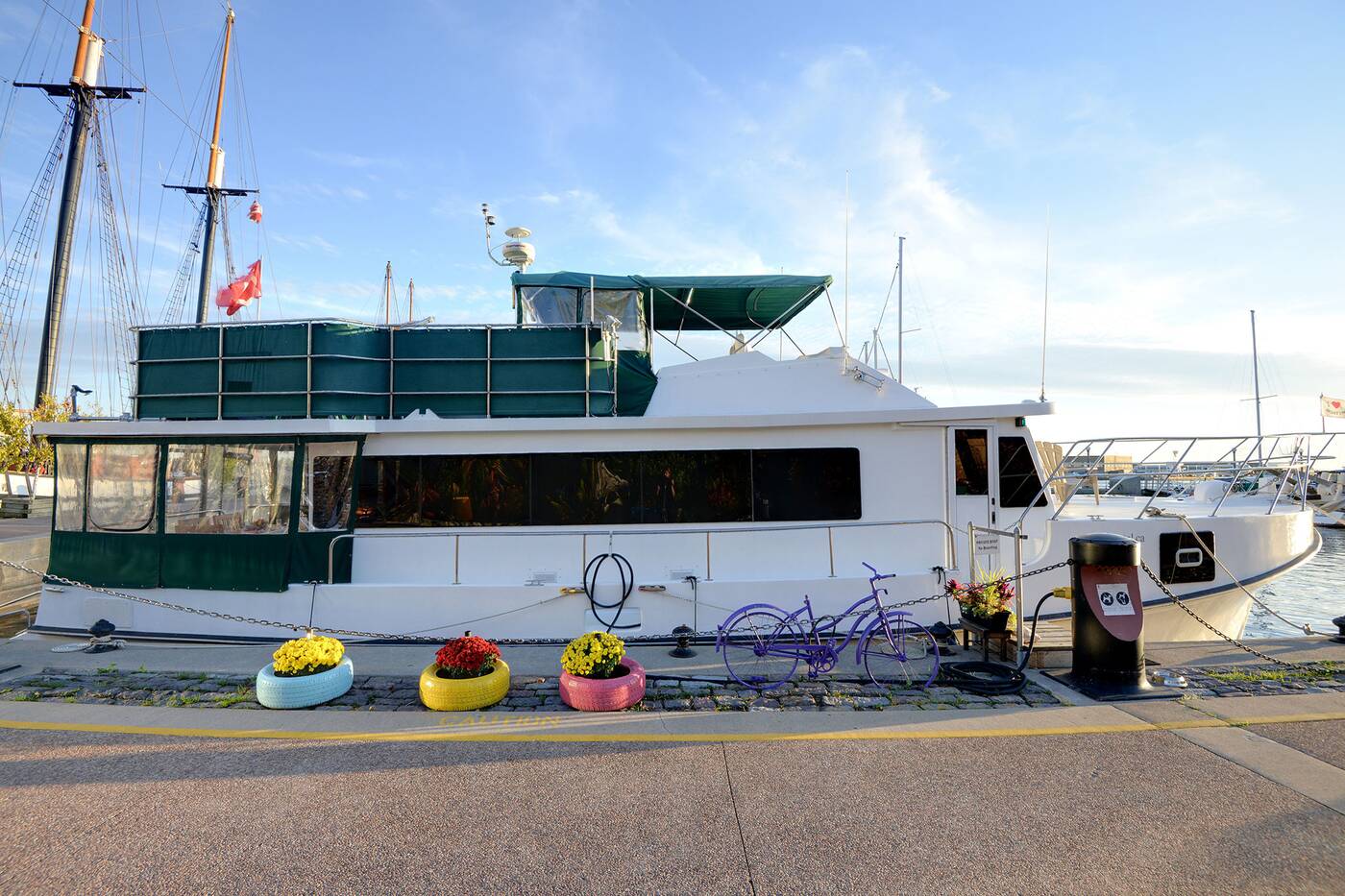 Though the $499,000 (USD) price tag may seem like a surefire investment, the Greenes are adamant that not just anyone is cut out to run a floating hotel, stressing the upkeep, fees, maintenance costs, time, and commitment involved.