The cutest little cottage-like house in Midtown Toronto could be yours for just under $3 million, but the local City Councillor isn't pleased with the not-so-possible possibilities being pitched to prospective buyers.

The one-and-a-half-storey house at 505 Balliol Street in the Mt. Pleasant and Davisville area has been threatened before.

Councillor Josh Matlow worked hard to prevent its demolition in 2018, winning that battle when the 1889-built house was ultimately listed on the city's register of heritage properties.

After all of that hard work ensuring the adorable house was saved, Matlow is understandably upset about the latest real estate listing with language implying the tiny home can be modified or redeveloped. Spoiler alert: It can't.

In a tweet since deleted, Matlow wrote: "We protected 505 Balliol, designating it Heritage. Realtor now lists it, says it's "considered historical" and can't be demolished while also suggesting it be redeveloped by keeping the facade to build your "dream home". Even posts renderings to subdivide it without the facade."

Initially opened as a grocery store more than 130 years ago, 505 Balliol's quaint small-town charm stands out against the modern McMansions and post-war housing of the surrounding area.

Now a four-bedroom, two-bathroom home, a City staff report states that "The Page House and Grocery Store speak of another time and way of life," a snapshot in local history that Matlow expects to be left untouched. 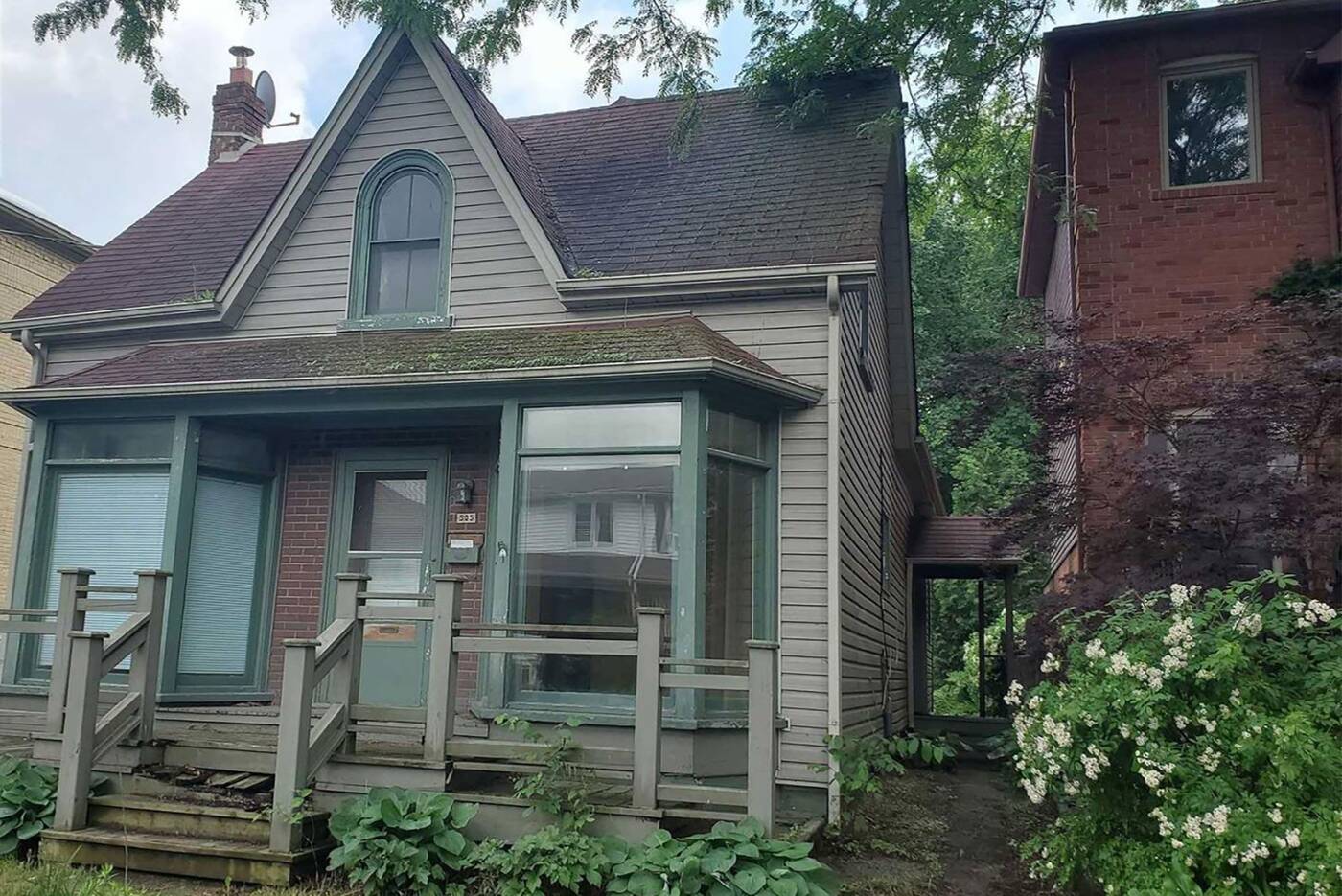 The historic home in question. Photo from the Realtor.ca listing.

While the listing is careful to specify that the home "cannot be torn down," it also states that its "front facade must be kept," suggesting that partial demolition wouldn’t be hard to get approved if one wanted to "build their dream home." Another spoiler alert: It wouldn’t be such an easy feat.

Going from difficult to downright impossible, the listing takes things a step further with a rendering advertising what must be a parallel universe.

The image shows a pair of side-by-side homes with no trace of the existing home or even a facade, an unlikely scenario given the heritage protection. 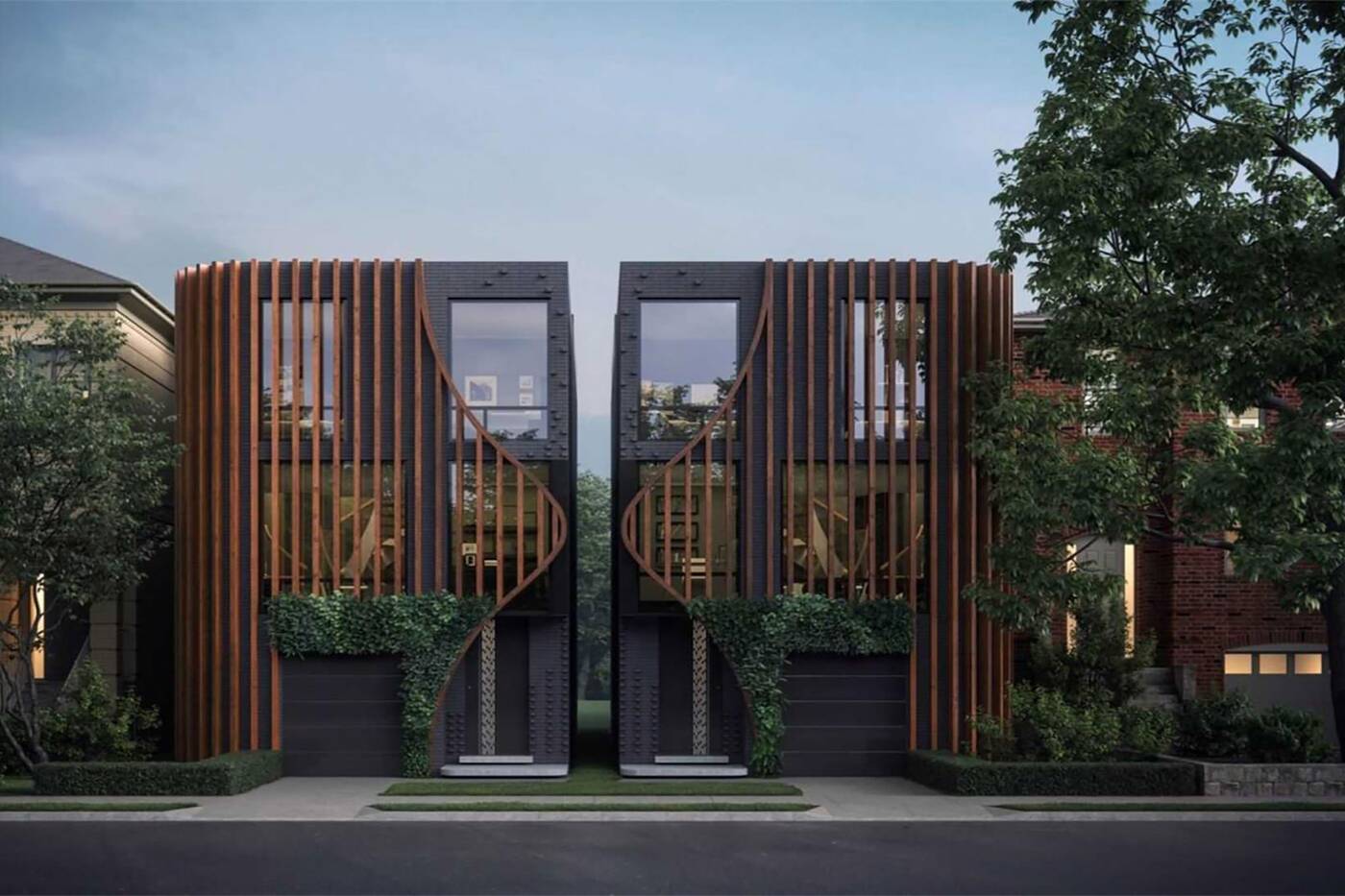 Redevelopment as drastic as is suggested by this rendering would be prohibited given the home's heritage protection. Image from the Realtor.ca listing.

Others just aren’t seeing the cause for outrage, pointing to a lack of housing in the city and Matlow’s perceived fussiness about fine-grained local issues.

Imagine being so proud of getting heritage protections for this washed-up old shed. There are ways to preserve history without wasting so much valuable land that can be used to build homes. What clownery, Matlow! https://t.co/xFMH9fEw7j

Fighting publicly over heritage protection could be seen as noble, though there will almost certainly be blowback when defending a nearly $3 million home amid a housing catastrophe.

What a clown. This is what our "progressive" city councilors are focusing on in the midst of a homelessness and housing affordability crisis. https://t.co/FiX1PAeYVA

While redevelopment is a remote possibility, there's a fairly good chance that this charming Midtown house is here to stay, as is.