This Toronto home is more than just a structure, it's a full on story. The home has a rich history and lots of character thanks to its tenants. 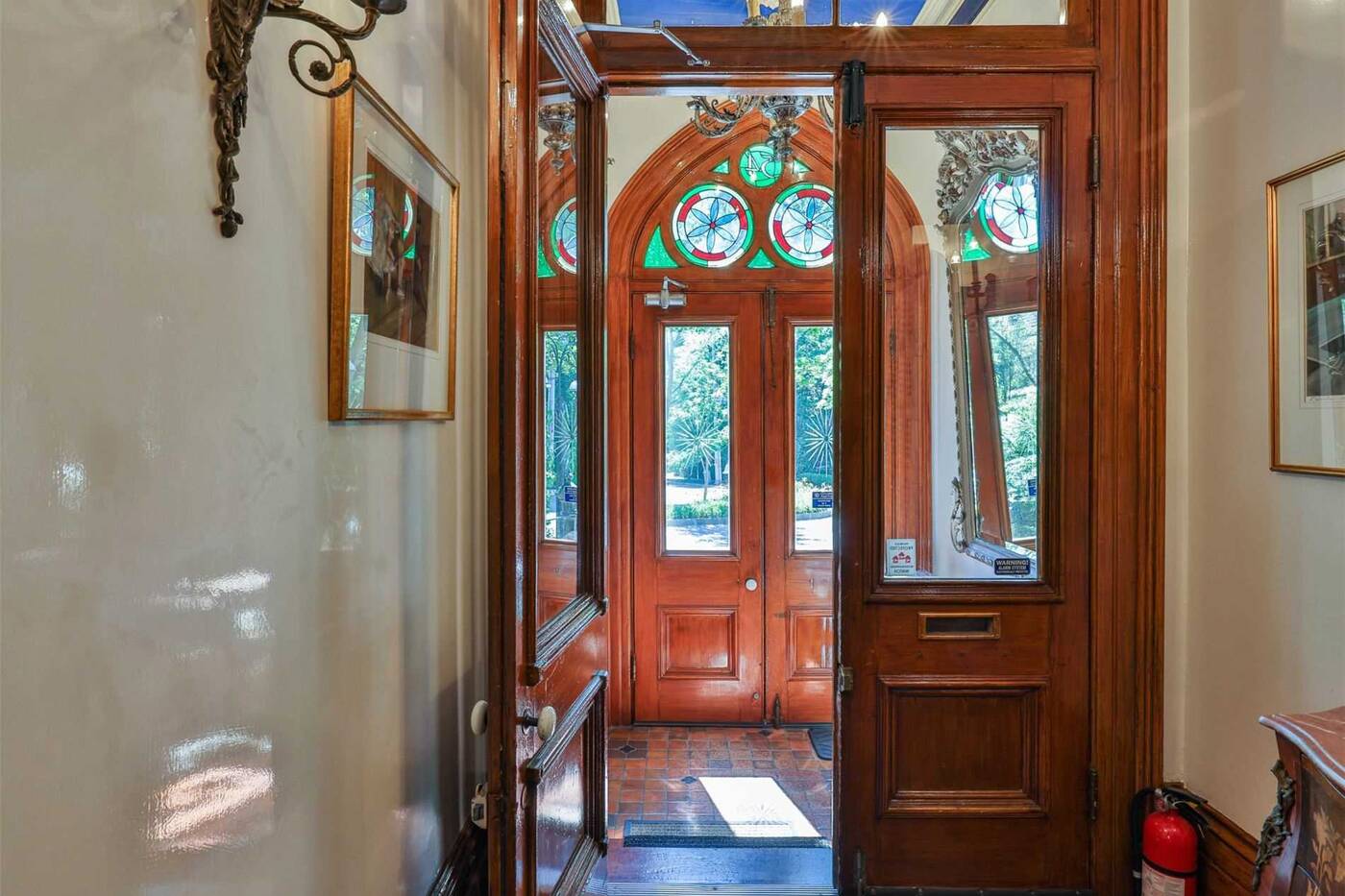 The home was originally built in 1860 when only eight other homes stood in what is now Rosedale. The first occupant was prominent barrister John Highet Thom, who also was a taxing officer downtown at Osgoode Hall. 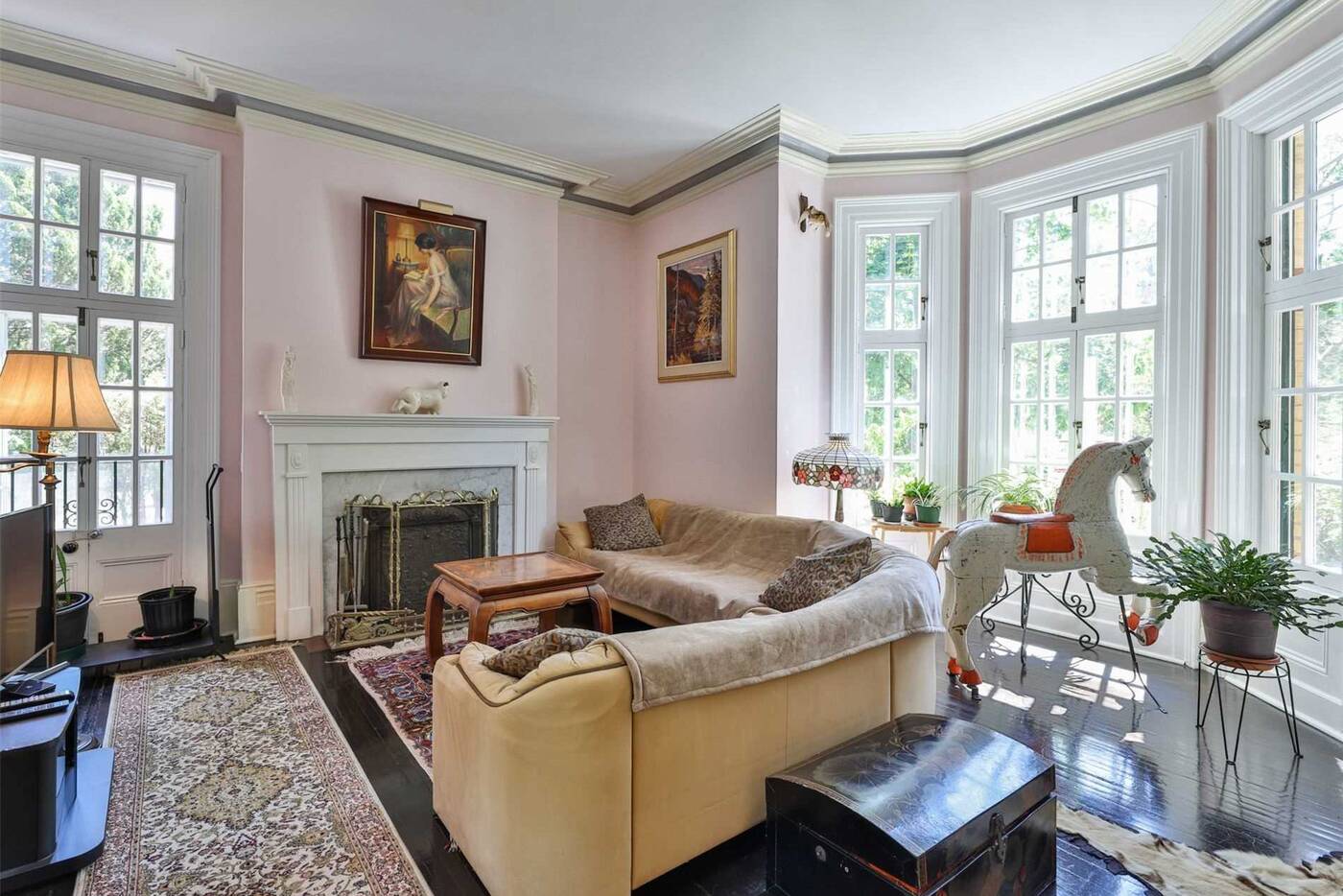 The living room on the main floor.

But for the past 40 years, it's been owned by Fred Altmann, a retired painting contractor, and his artist wife. 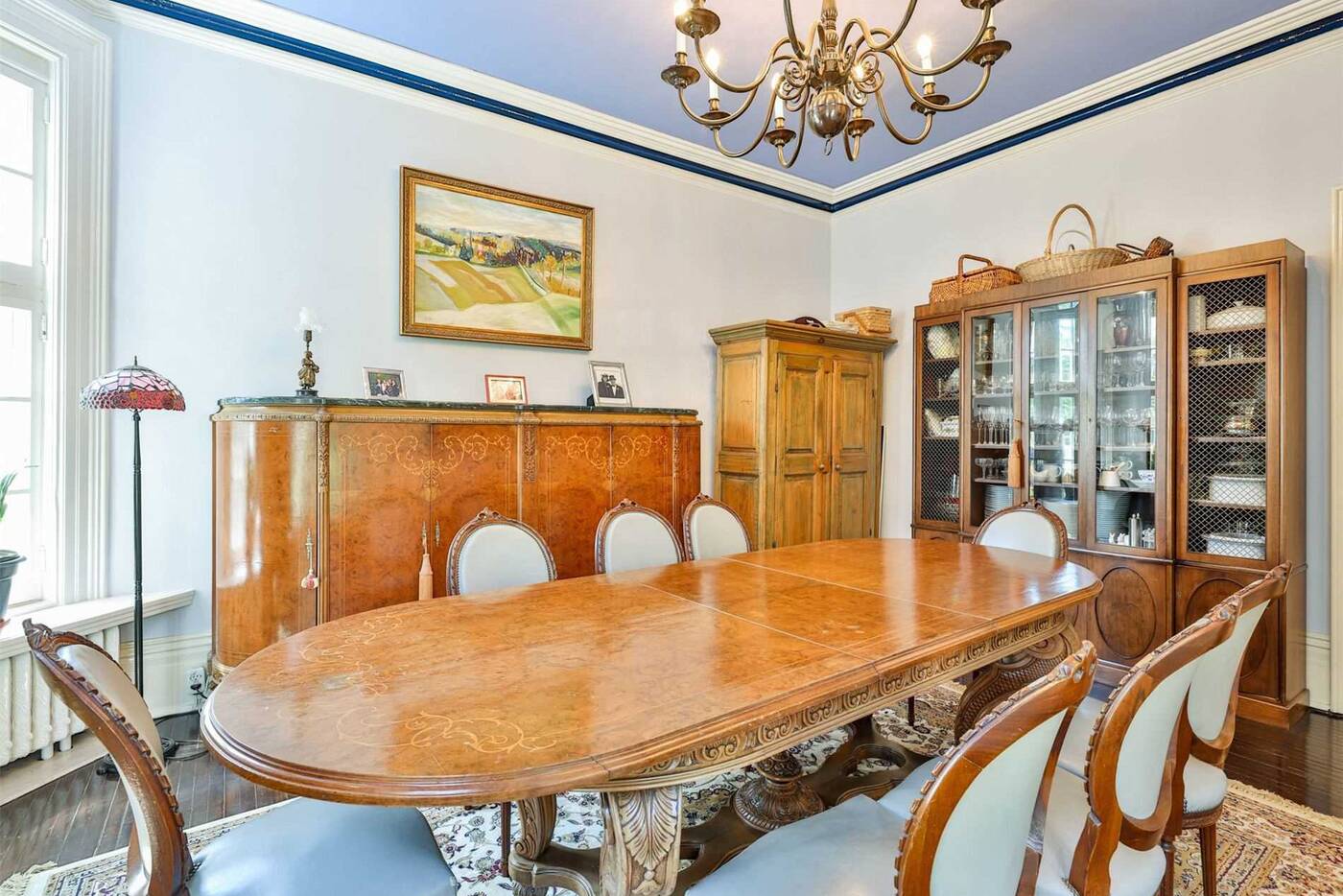 According to a 2010 Globe and Mail article, Altmann completely and painstakingly restored the home searching through wrecking yards and antique markets for the exact objects and fixtures that would bring the Victorian home back to its colonial glory days. 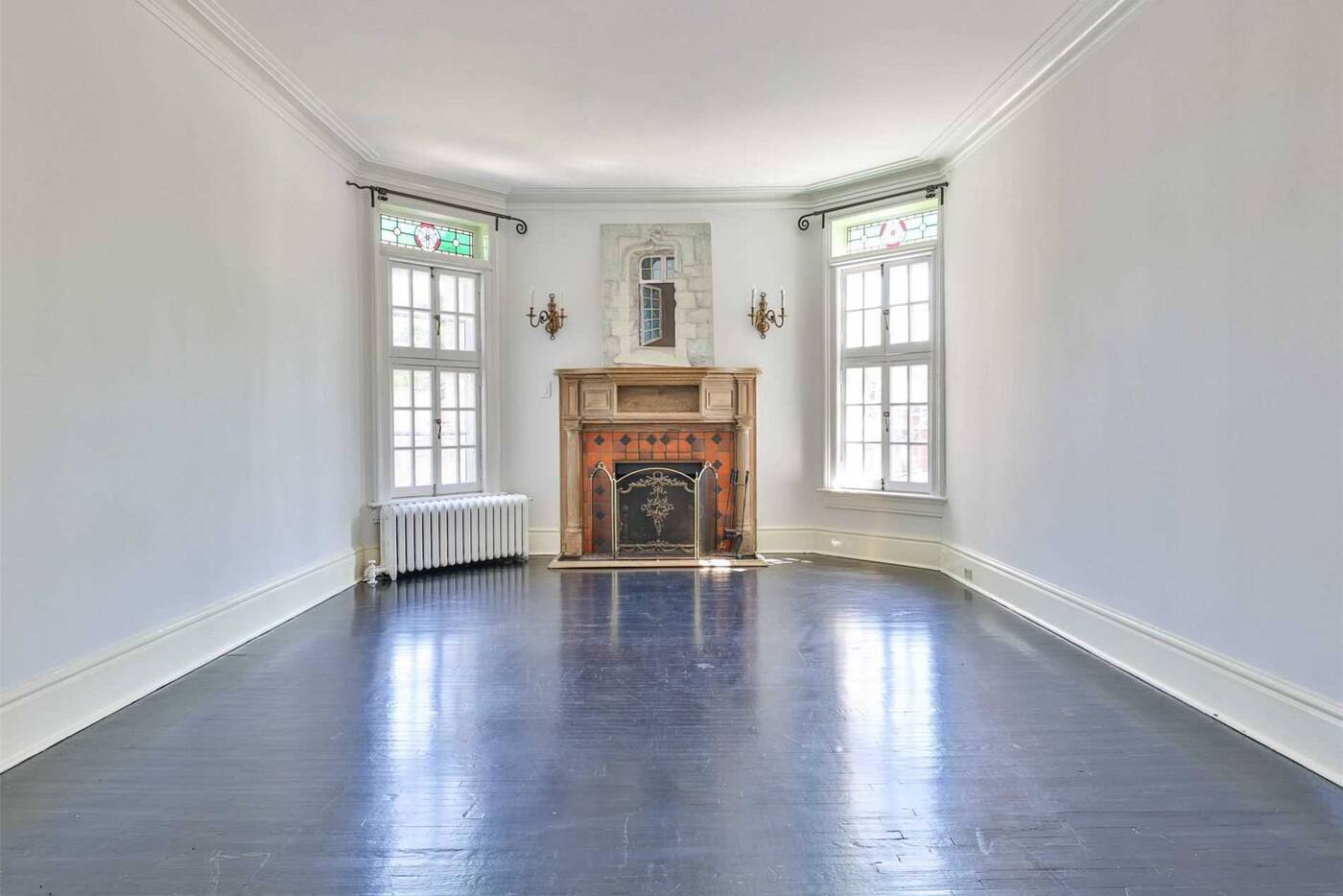 One of the bedrooms with stained glass windows and an original fireplace.

And when you look at it you can tell just how much Altmann loved the home. It's beautiful with the stained glass windows, crown mouldings, original fireplaces and more. 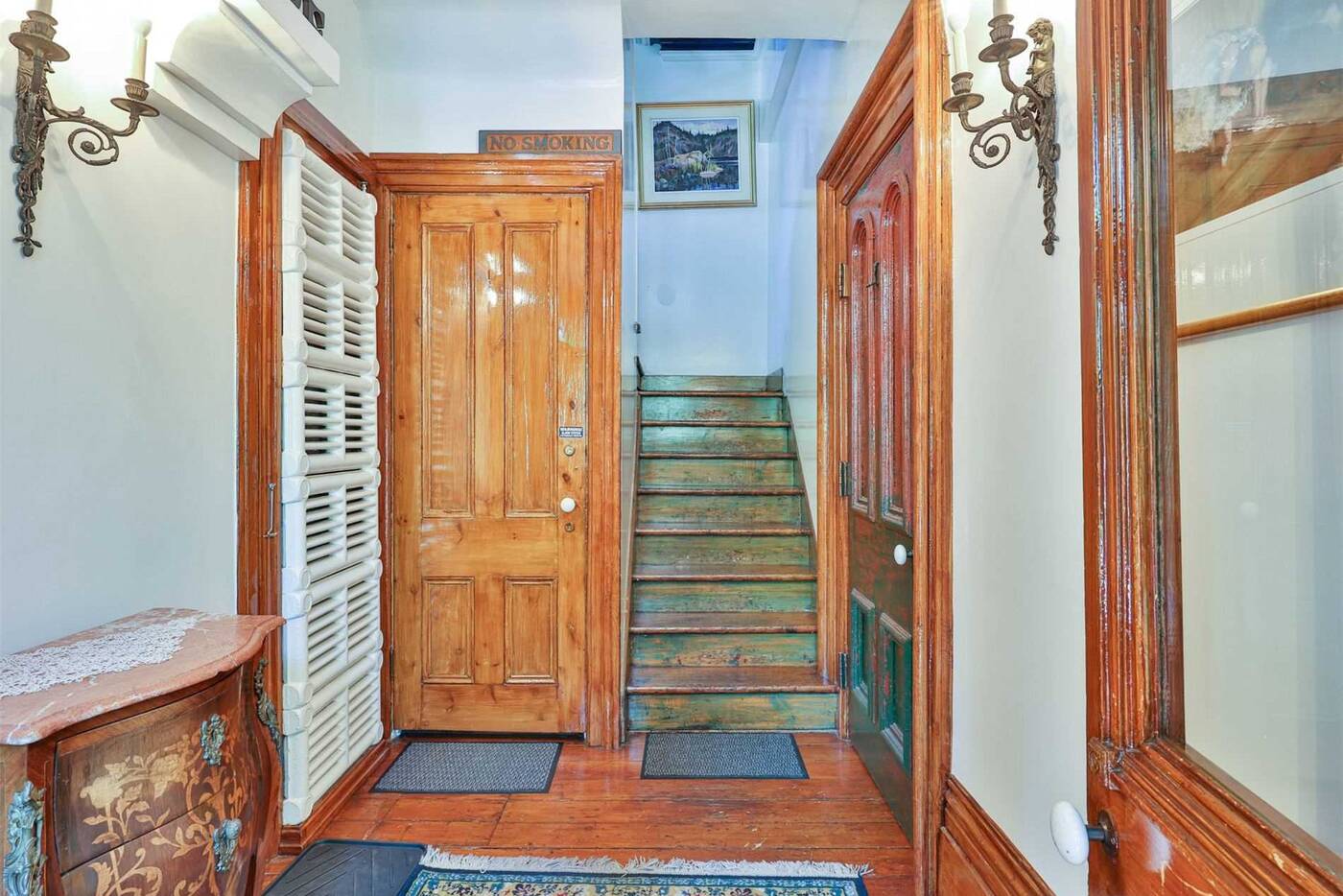 A hallway with restored wood floors and doors.

According to the Globe and Mail article, the entire exterior has been put back to its historic state – including the tri-coloured bricks, cobblestone driveway and early-century streetlamps. 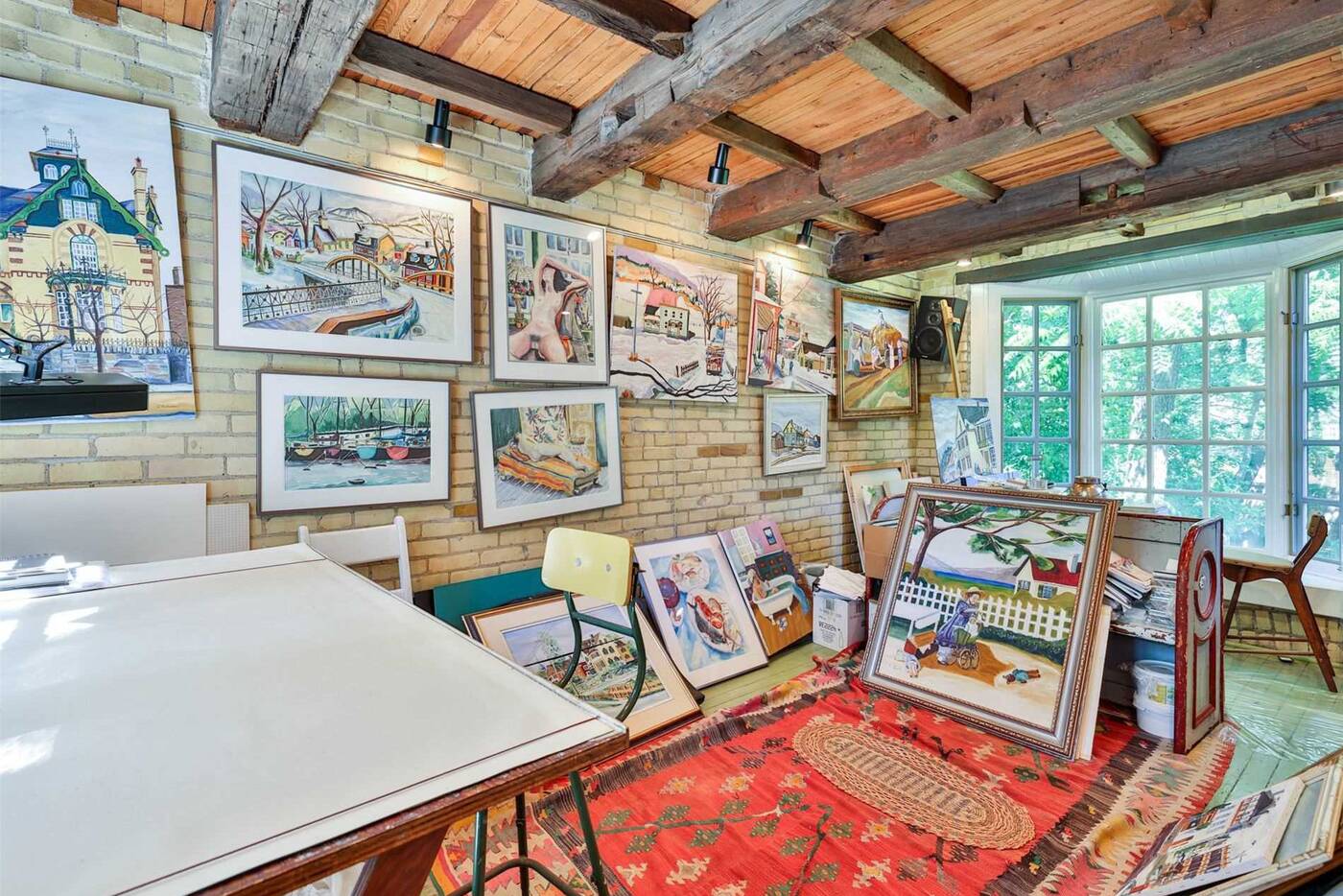 Exposed beams and brick walls featured in the home.

The interior is as historically accurate as possible too, with only a few replicas put in when the authentic version couldn't be found. 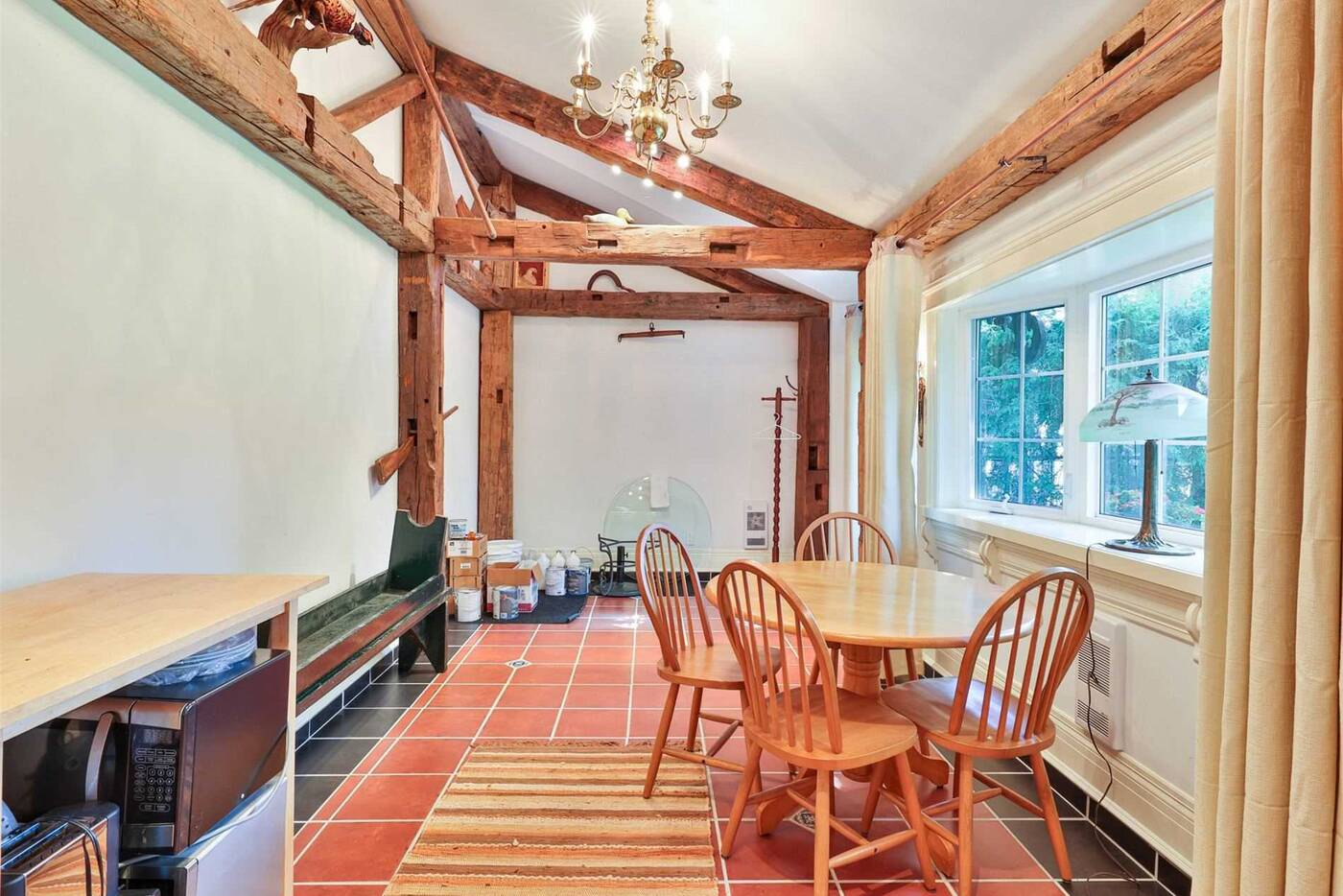 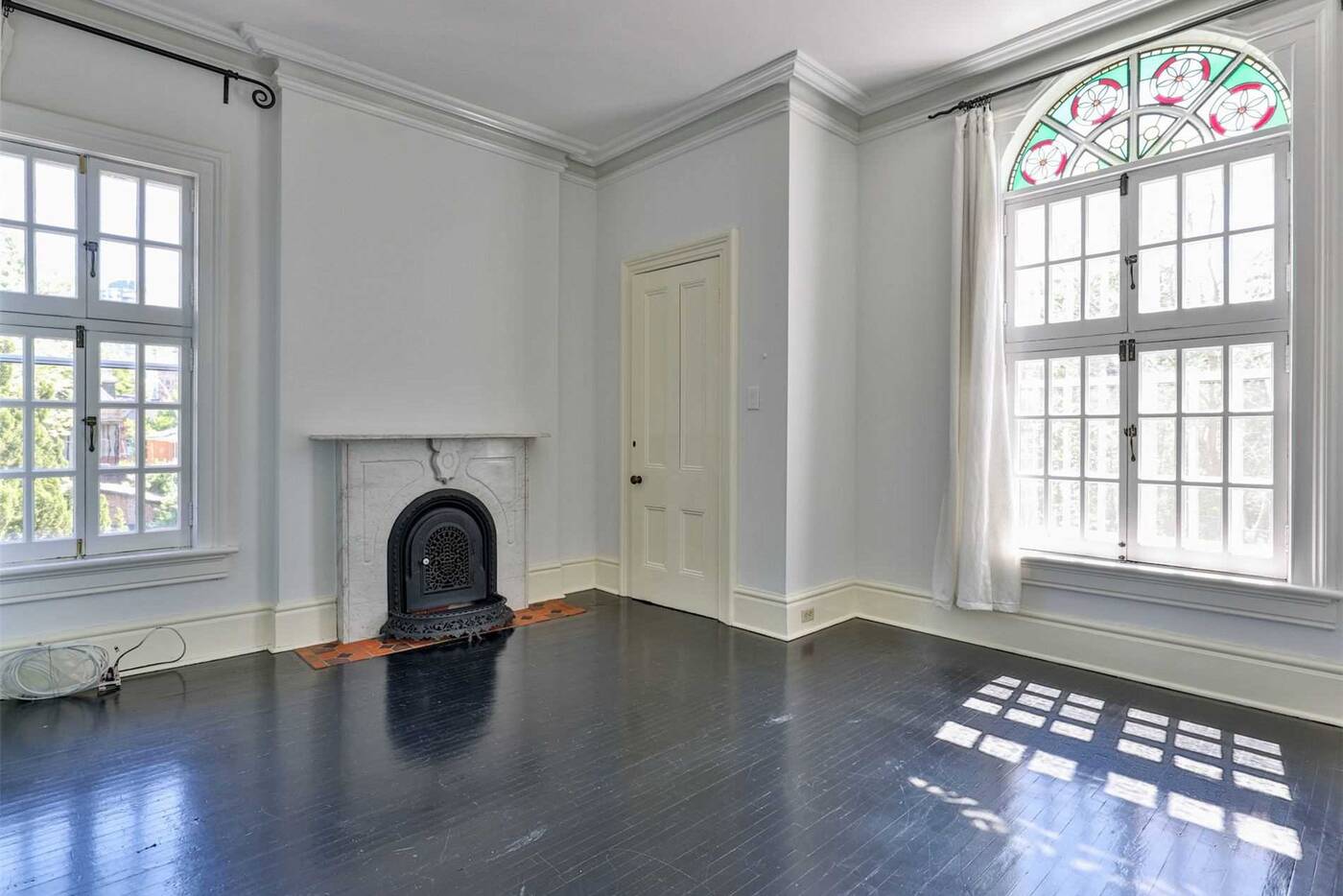 A bedroom with original hardwood floors and windows.

It comes complete with three bedrooms and five bathrooms, however, it's unclear if that includes the two apartments that are apparently part of the home. 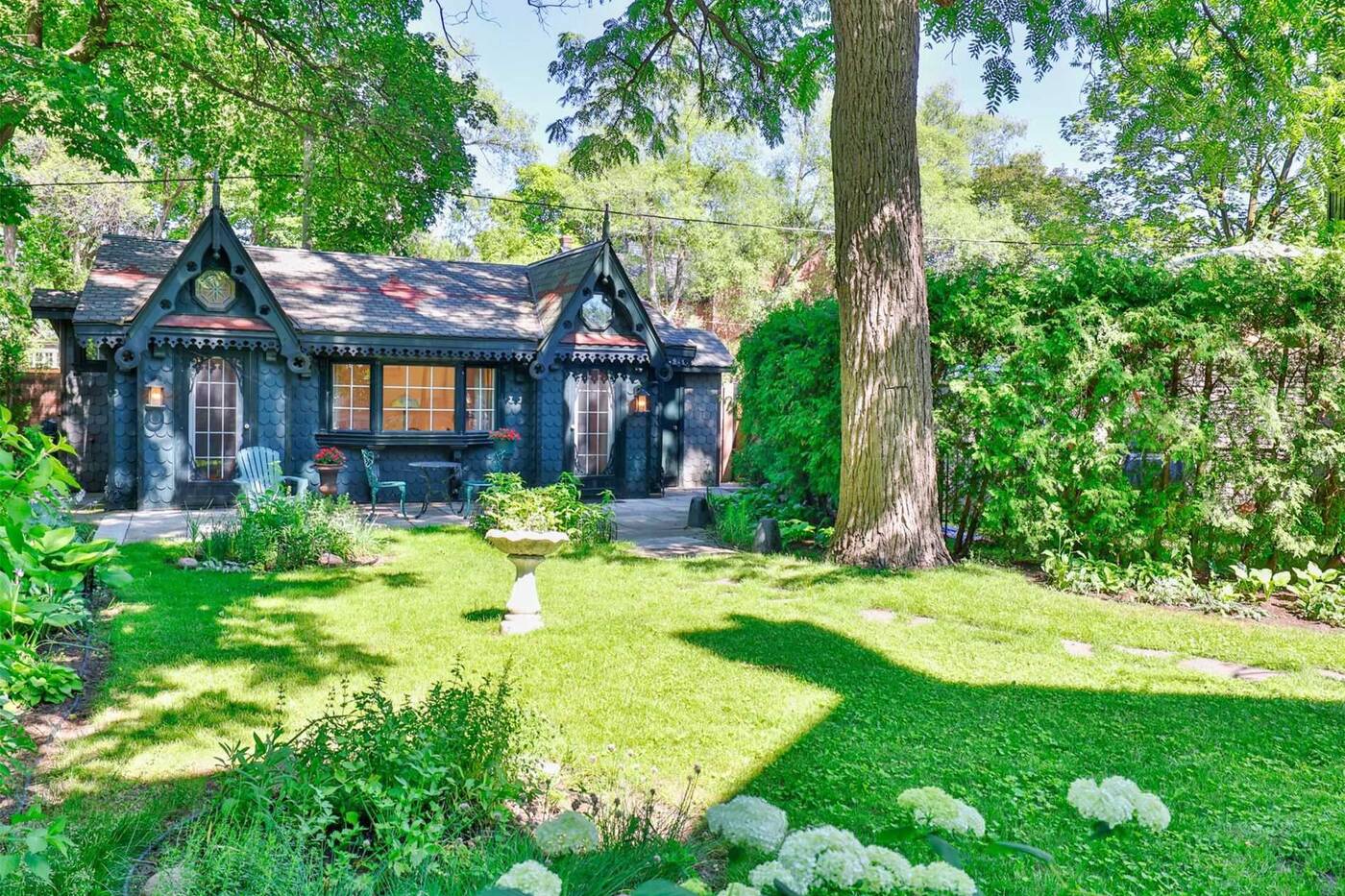 The coach house at the back of the property.

There is also a spacious back garden and a coach house which used to be stables that was frequently used by the Post Office to switch horses. How cool is that? 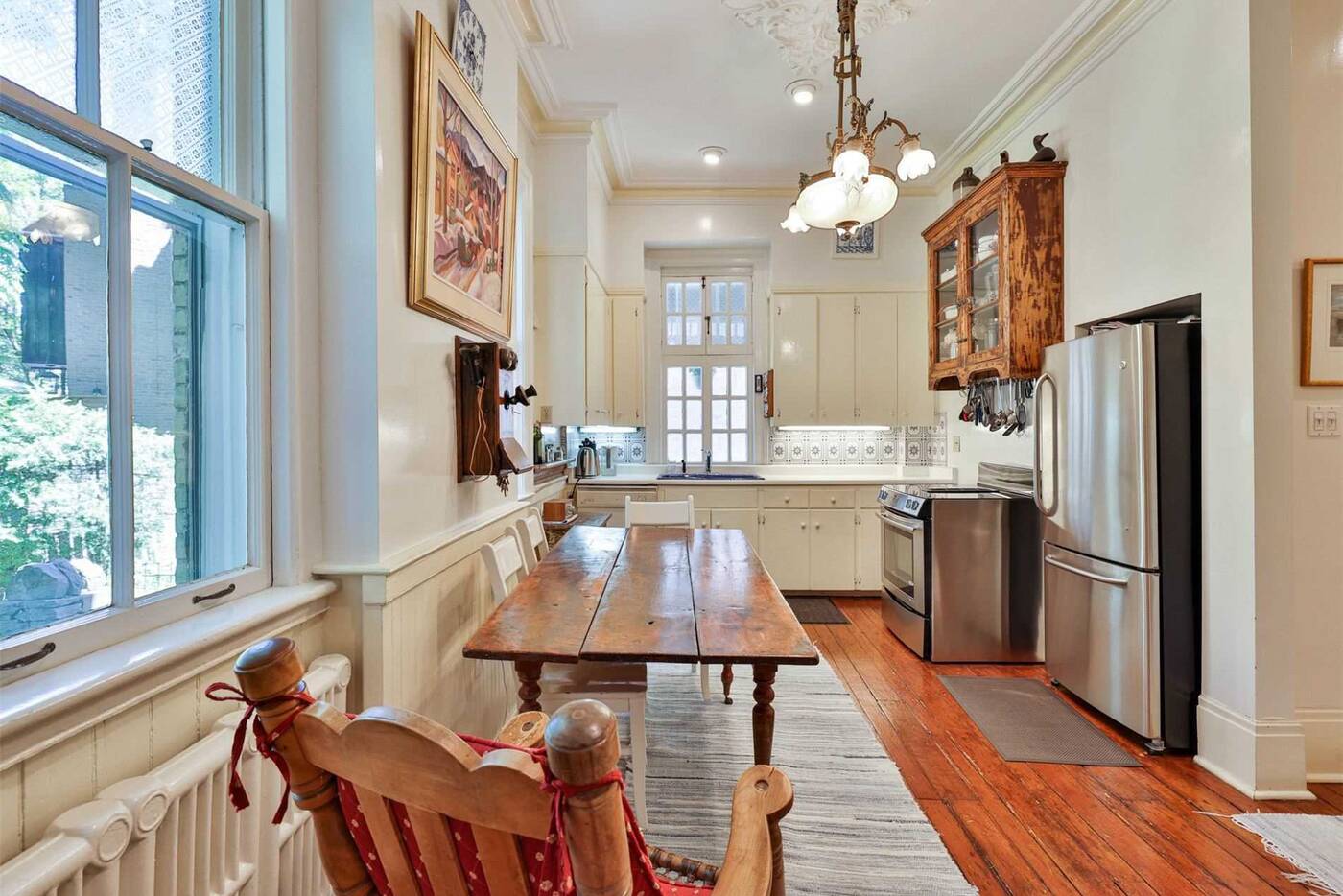 The restored kitchen on the main floor.

The only downside to this house is that it's almost like a museum piece in its historical accuracy. Like there's no central air conditioning and the kitchen is small with very little storage. 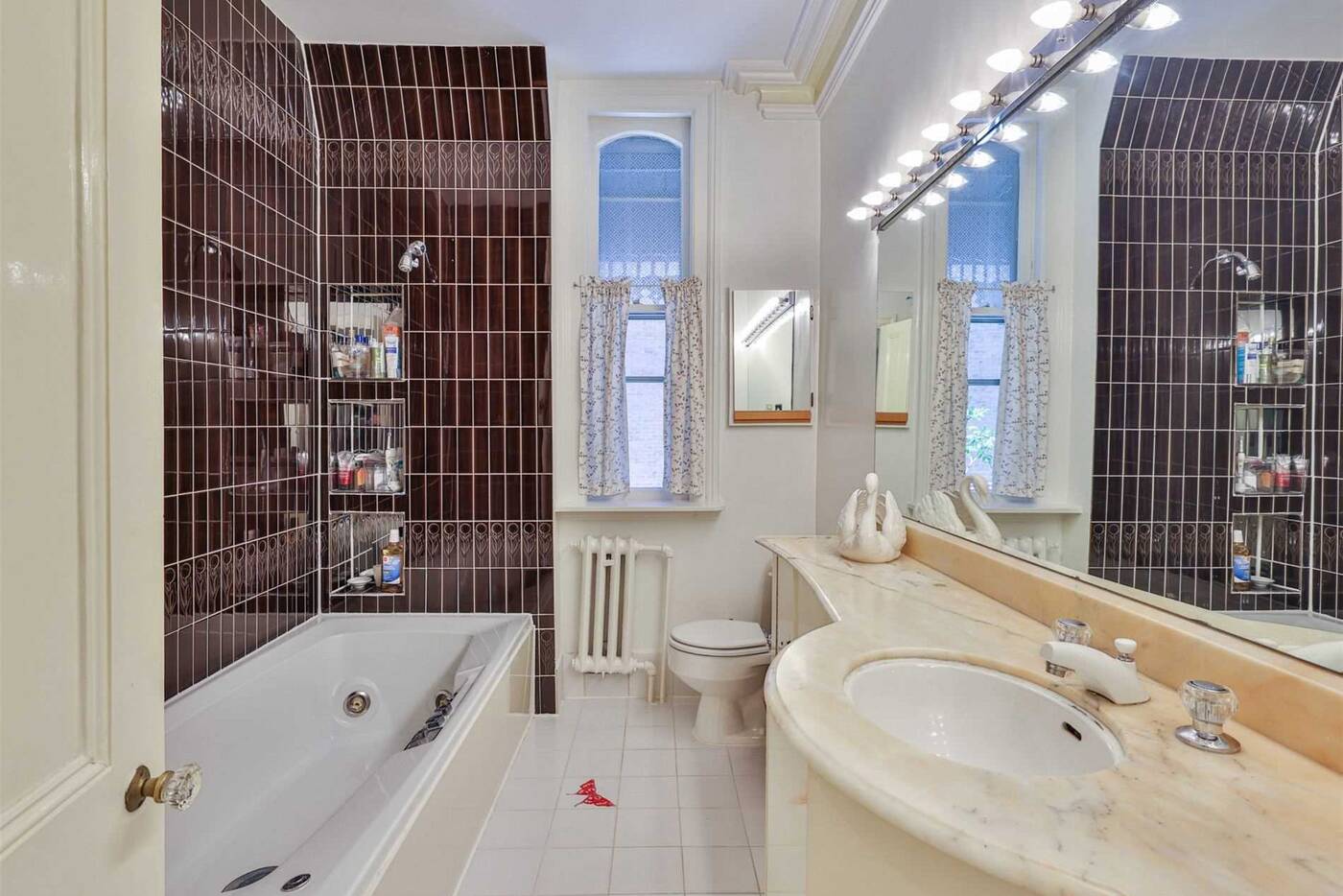 So if you're looking for a Victorian home that has all the modern amenities like many of the homes in Rosedale do, this isn't it. 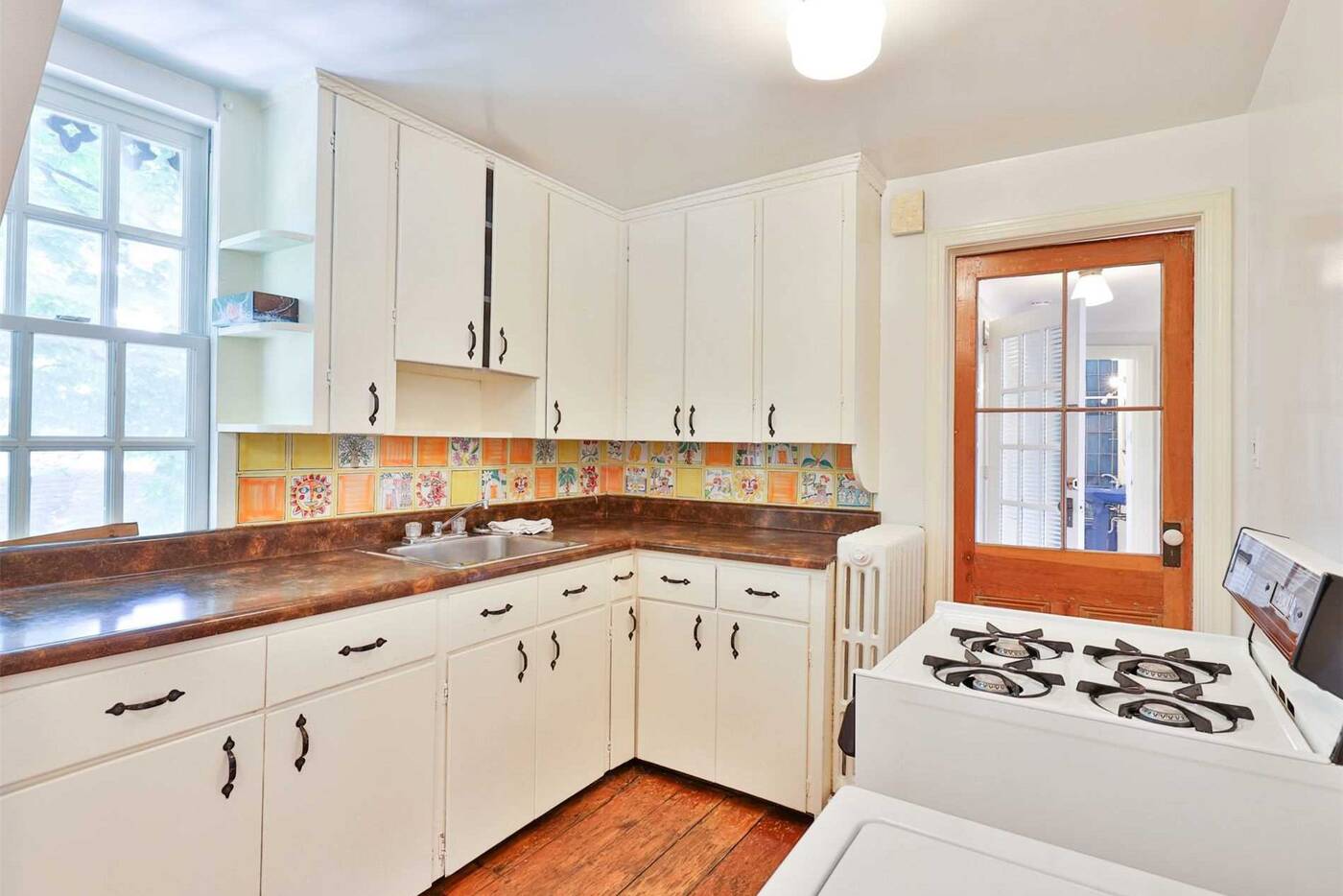 A second kitchen in one of the apartment units.

But I would argue that this is way better than a home that's been stripped of all its character and charm just so you can have a "chef's kitchen". Who needs that many appliances anyway? 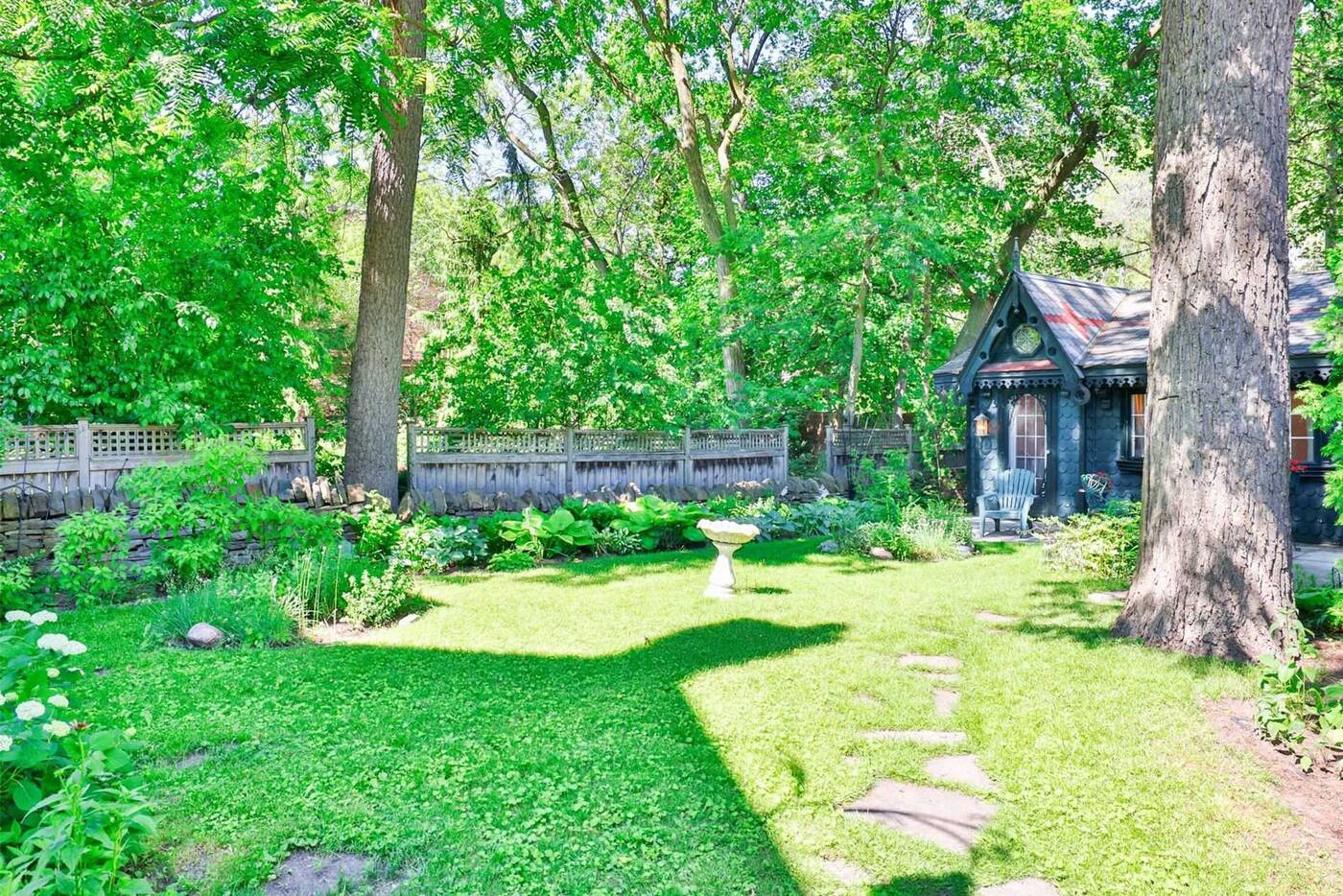