Historic building in Toronto to be transformed by shiny new towers

A historic factory, known for its castle-like features could become part of a shiny new office building.

A proposal for the former E. W. Gillett Company, a manufacturer of baking powder, yeast cakes and related products, often referred to as a castle for its tower, was recently submitted to the city.

The new development, called The Castle, in Liberty Village will cover the area from 41 to 53 Fraser Avenue, 8 Pardee Avenue, and 135 Liberty Street, according to a City of Toronto submission from Sweeny & Co Architects on behalf of Allied Properties REIT.

The plan for the property is a phased development with two new 10-and-11-storey non-residential buildings, with retail uses at the base and commercial uses above.

The architectural rendering shows a glassy tower sitting atop the heritage building with many of the unique heritage features intact.

The factory, office building and powerhouse for E. W. Gillett Company was completed in 1912, according to City of Toronto heritage documents. 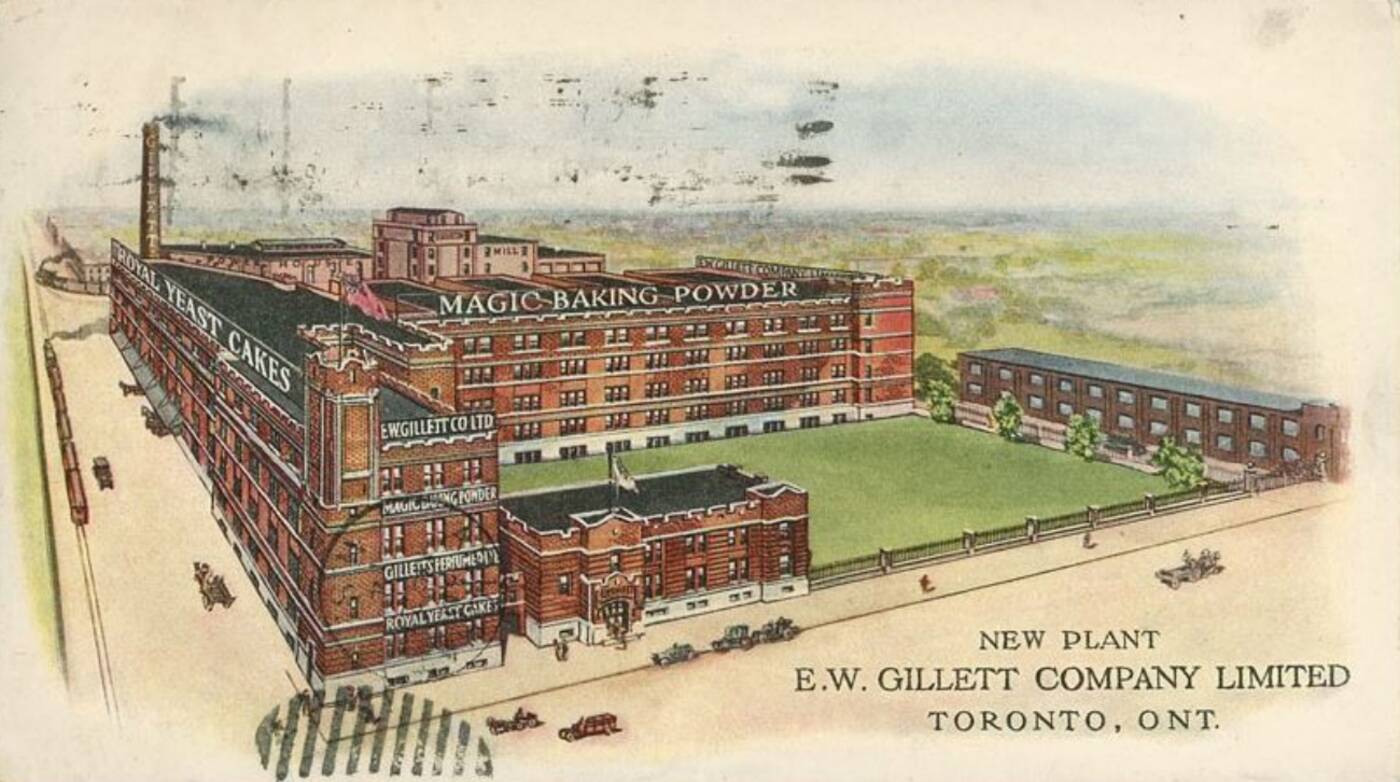 The E.W. Gillett Company is seen in this vintage postcard. Image via City of Toronto

The Toronto architectural firm of Denison and Stephenson designed the original parts of the complex in association with American architect S. S. Beman.

A grain elevator and mill were placed along the Pardee Avenue side of the property in 1916. Other parts of the complex were completed in later years. The Gillett Company was succeeded by Standard Brands Limited, which made food stocks under the Fleischmann and Chase and Sanborn labels.

The architectural style of the factory complex is Neo-Gothic and usual, according to heritage documents. 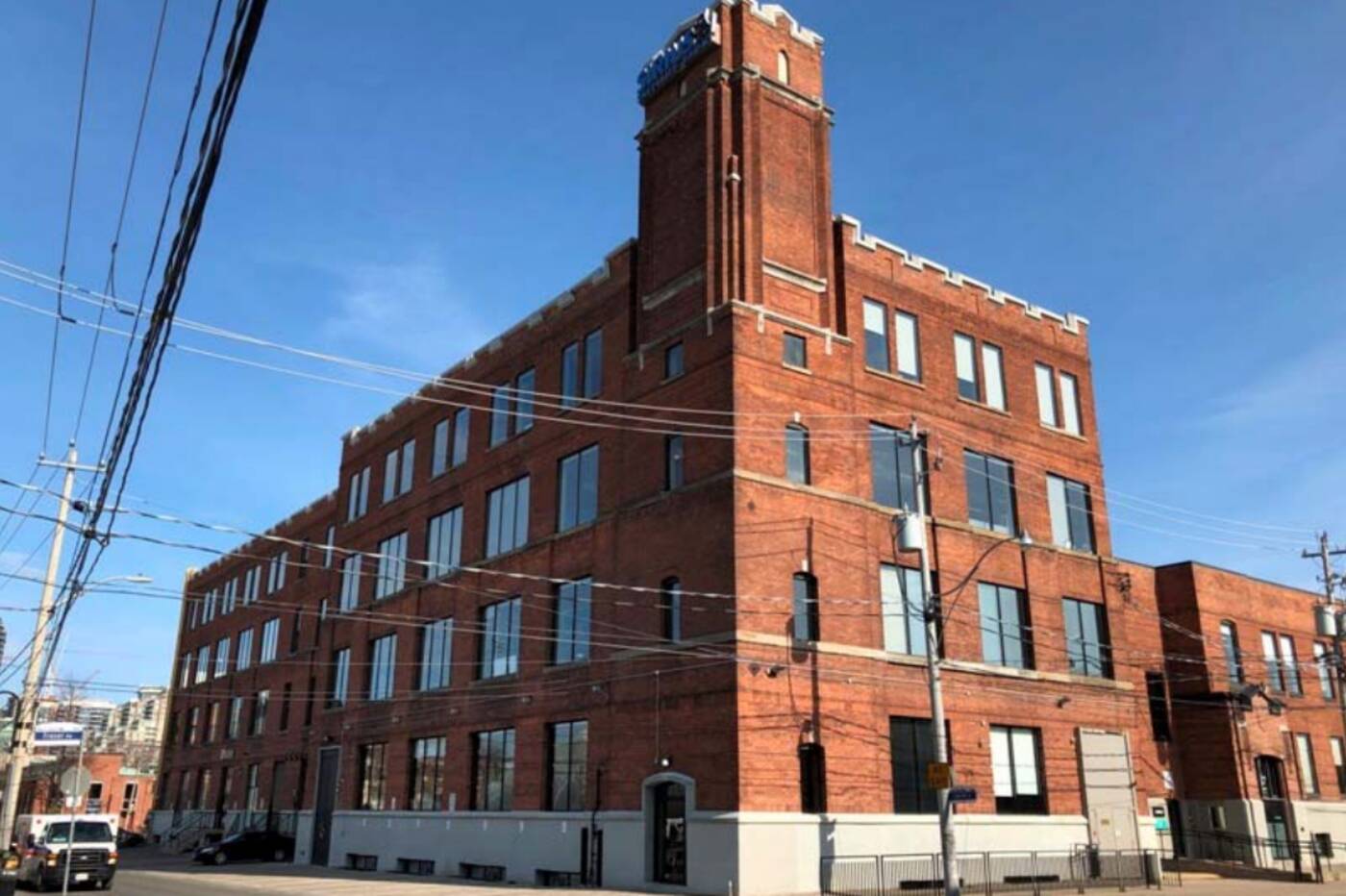 The current building has castle-like features such as a tower at Fraser and Liberty Streets.  Photo via City of Toronto

The factory is essentially a four-storey, L-shaped form, but there is a tower at one end of the 'L', marking the intersection of Fraser and Liberty streets.

The other leg of the L, facing Pardee Avenue, is "even more unusual" as the two storey base is topped by a sequence of five two-storey blocks with windows on all three sides. These may have been designed to facilitate the yeast drying which occurred in this section of the complex.

Fortunately, the proposed development retains the existing buildings within the factory complex but intensifies the site with the addition of two new mid-rise office towers, the heritage impact statement for the proposal states. 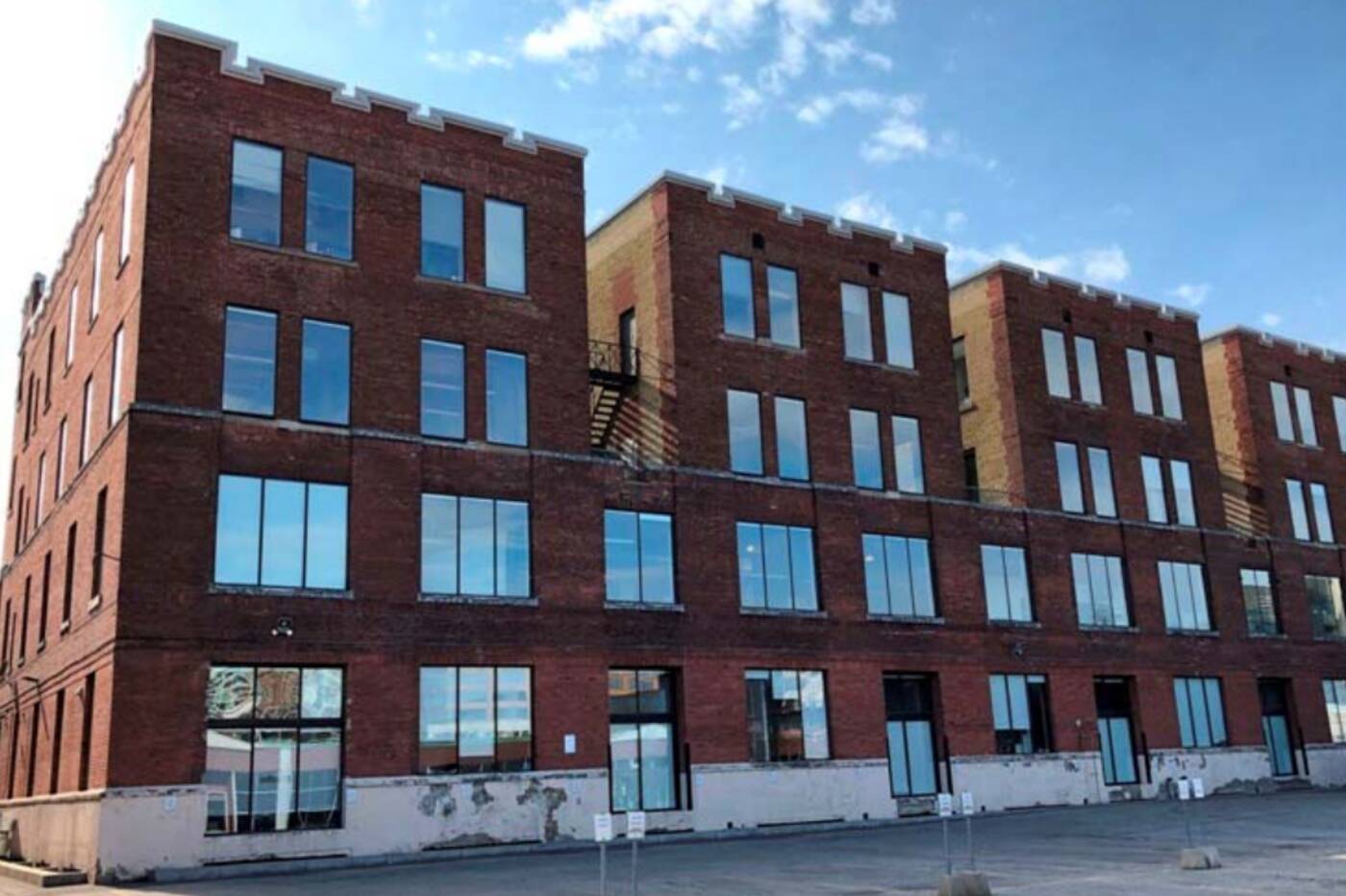 These factory buildings at 53 Fraser Avenue were built from 1911 to 1912.  Photo via City of Toronto

The retained heritage buildings will be integrated into the base of the new development.

To accommodate a new pedestrian thoroughfare and vehicular access, portions of 41 Fraser Ave. will be altered. To facilitate excavation of underground levels, the Powerhouse at 8 Pardee Ave. will be dismantled and reconstructed.

"While the development proposal will change the surrounding context, the proposal is in keeping with the evolution of the Gillett Factory and maintains the visual prominence of the industrial complex."

Rendering via City of Toronto submission by Sweeny & Co Architects