A new condo community proposed for the Junction in Toronto comes complete with a sprawling public park, commercial and office space, underground car and bike parking, green roofs and nearly 2,000 residential units across six towers, a portion of them designated as much-needed affordable housing.

The mixed-use development at 5 and 43 Junction Road will change the look of the area, in part due to some pretty unique exterior design from Toronto-based Core Architects that's reminiscent of clouds, waves or the groovy '60s — a standout regardless of what it looks like to you. 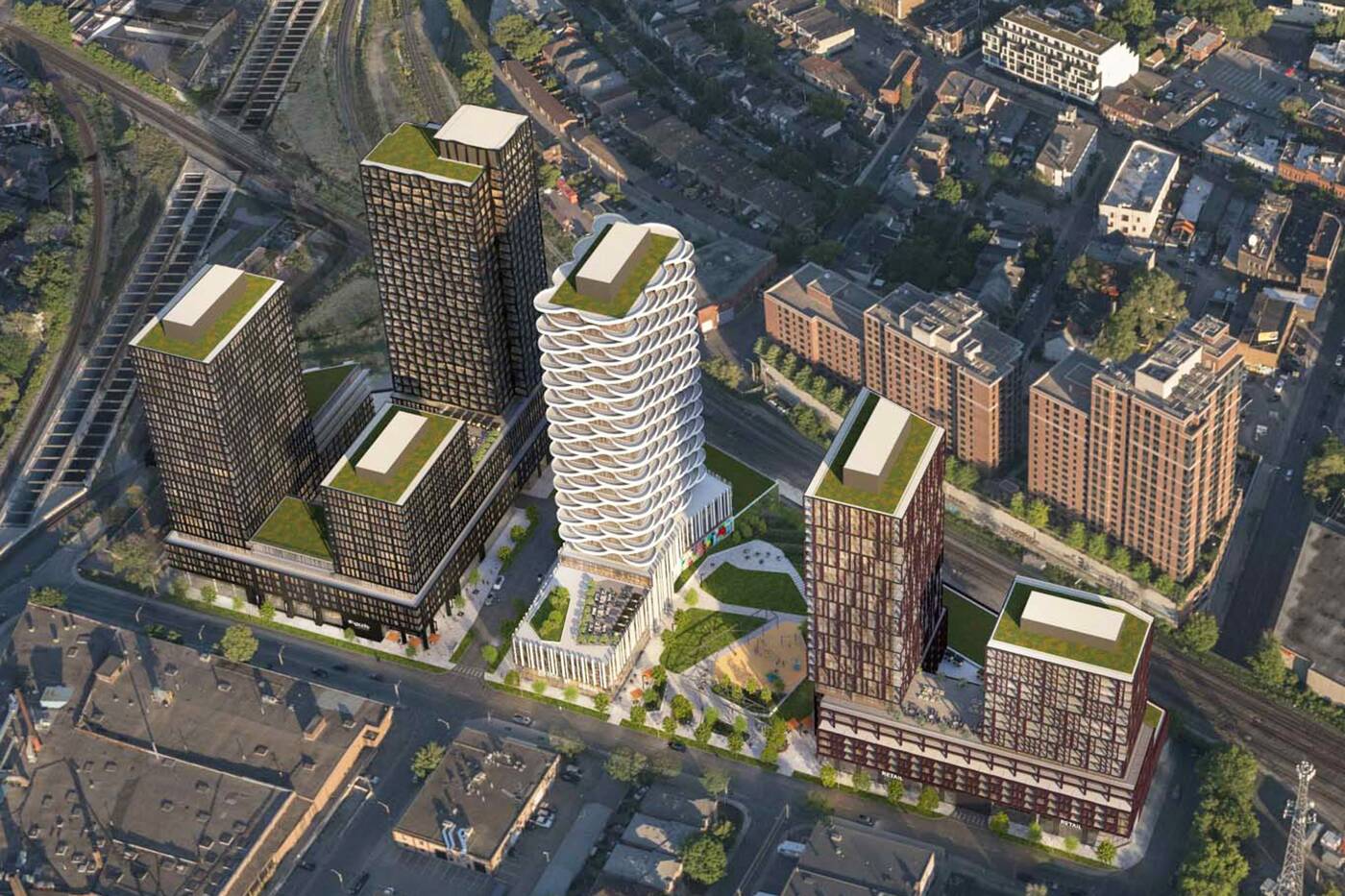 The look of one of the towers will be particularly eye-catching with its white curves. Rendering by CORE Archictects for Diamond Corp.

Steps away from the Stockyards at Keele and St. Clair, the 15-to-35-storey structures will house a total of 1,178 one-bedroom, 513 two-bedroom and 191 three-bedroom units, five per cent of which will be affordable rental apartments.

The condos will all vary in design and appearance, whether it's sharp corners, lots of glass and stark grey and red brick, or curvy white concrete balconies that are meant to hearken back to the old grain silos that used to stand on the property. 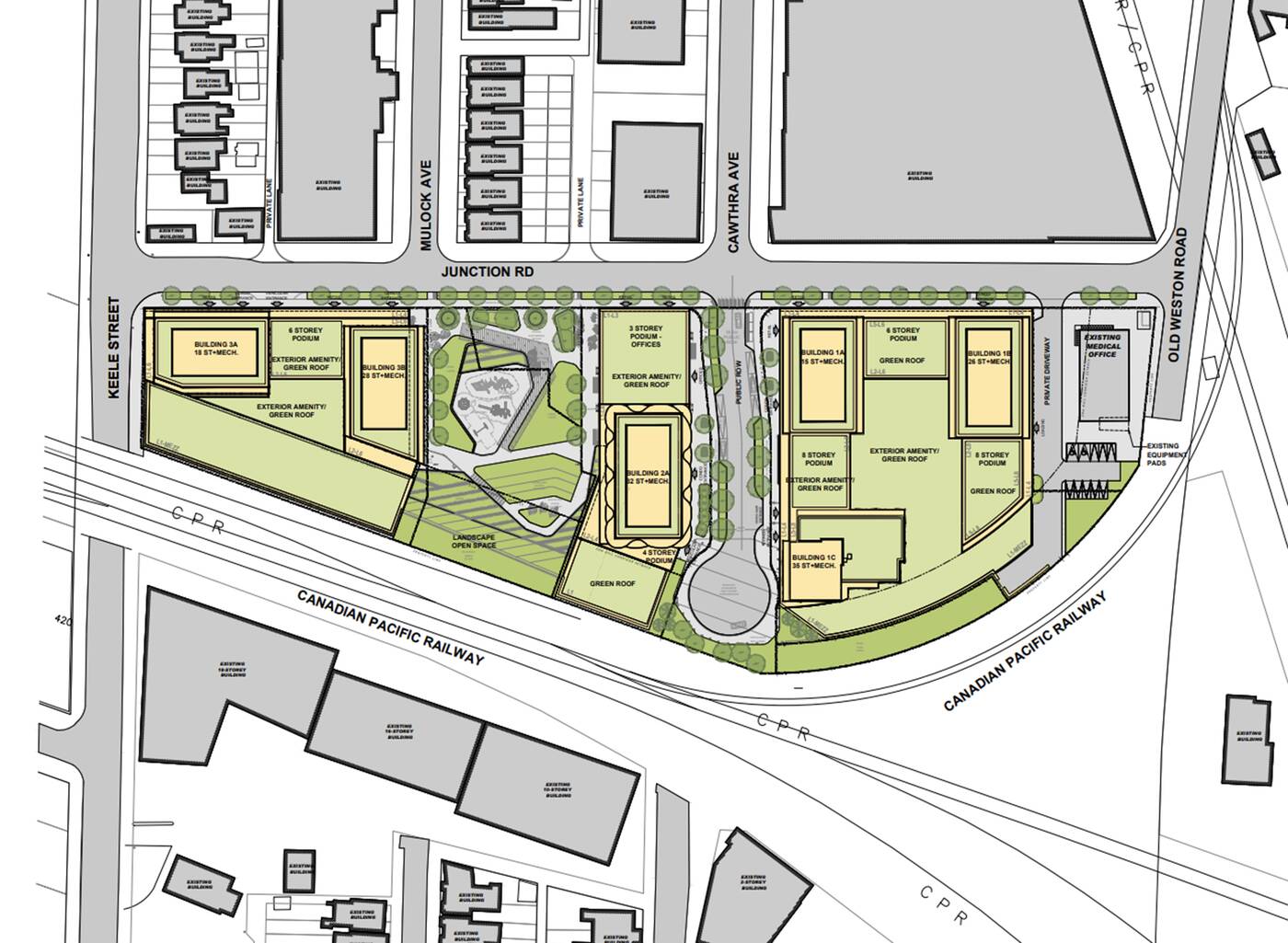 The planned layout of the community. From the proposal submitted by Diamond Corp and CORE Architects.

Between the residences will snake landscaped public walkways, a new cul-de-sac street and a 43,238-square-foot park for the neighbourhood to enjoy — that is, if the rezoning application and building proposal are approved by the city. 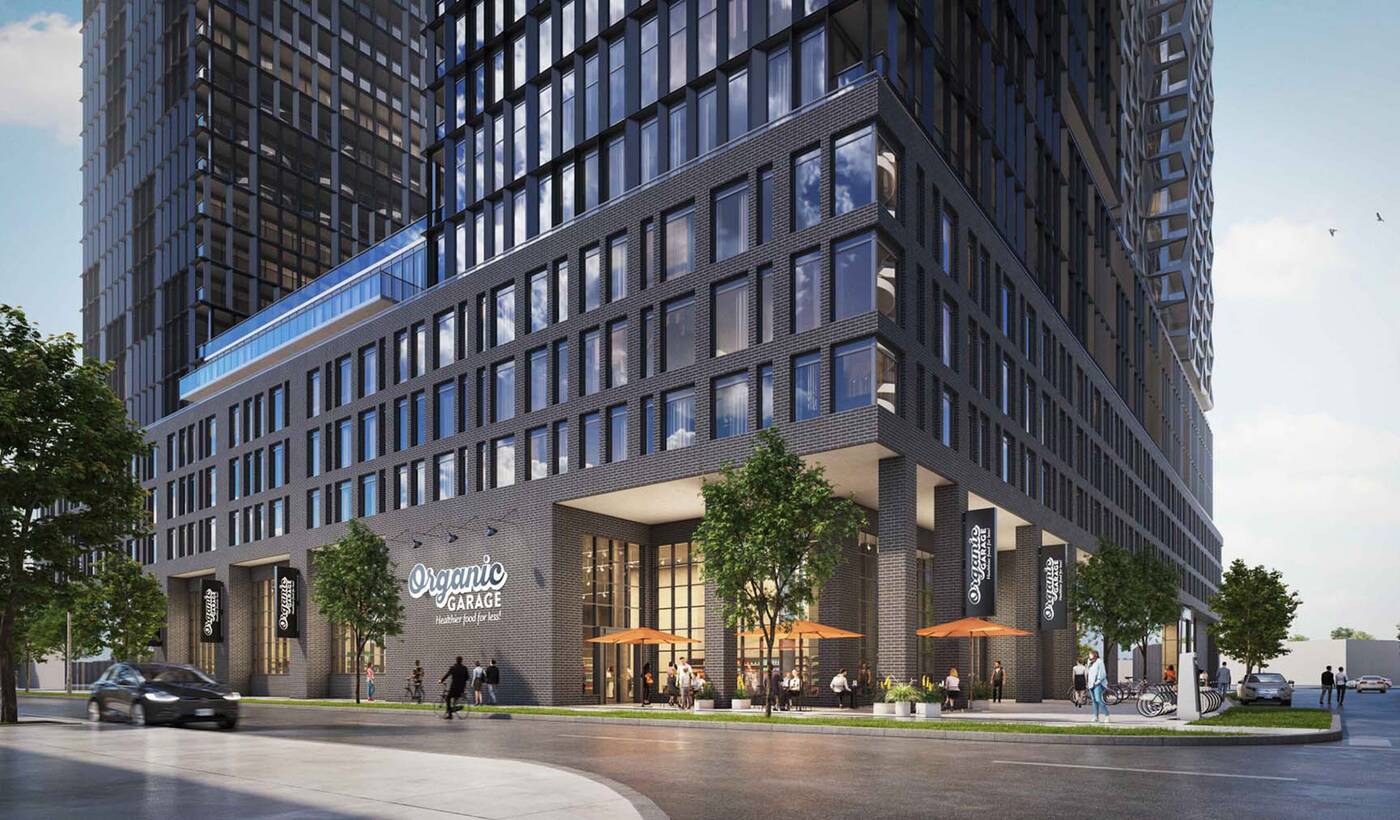 An existing Organic Garage will be incorporated into the ground-floor retail plans of one of the new towers. Rendering by CORE Archictects for Diamond Corp.

An Organic Garage grocery store currently on the site will be incorprated into the ground floor retail space of one of the towers. No word yet on what will happen to the other businesses in the existing plaza, which include an LA Fitness.