The office tower at 33 Bloor Street East got "a $25 million futuristic design," according to Bloor-Yorkville BIA. Epic Investment Services engaged WZMH Architects for the project, which saw the redesign of the ground floor retail and public space.

A $25 Million futuristic design of 33 Bloor St. East has been completed. Epic Investment Services engaged @WZMHarchitects to improve the building’s flow & aesthetics while working with the constraints of a busy subway interchange at Yonge & Bloor! 👏👏 #BYTime #architecture pic.twitter.com/Cq4RRm44uo

The project gives "prominence to its street-level retail while creating a feature southern entrance to attract users and alleviate the congestion at the heavily used northern entrances to the subway," WZMH Architects explains.

The lines act as a natural wayfinding system linking the access from three adjacent streets through an adjoining building to the west. 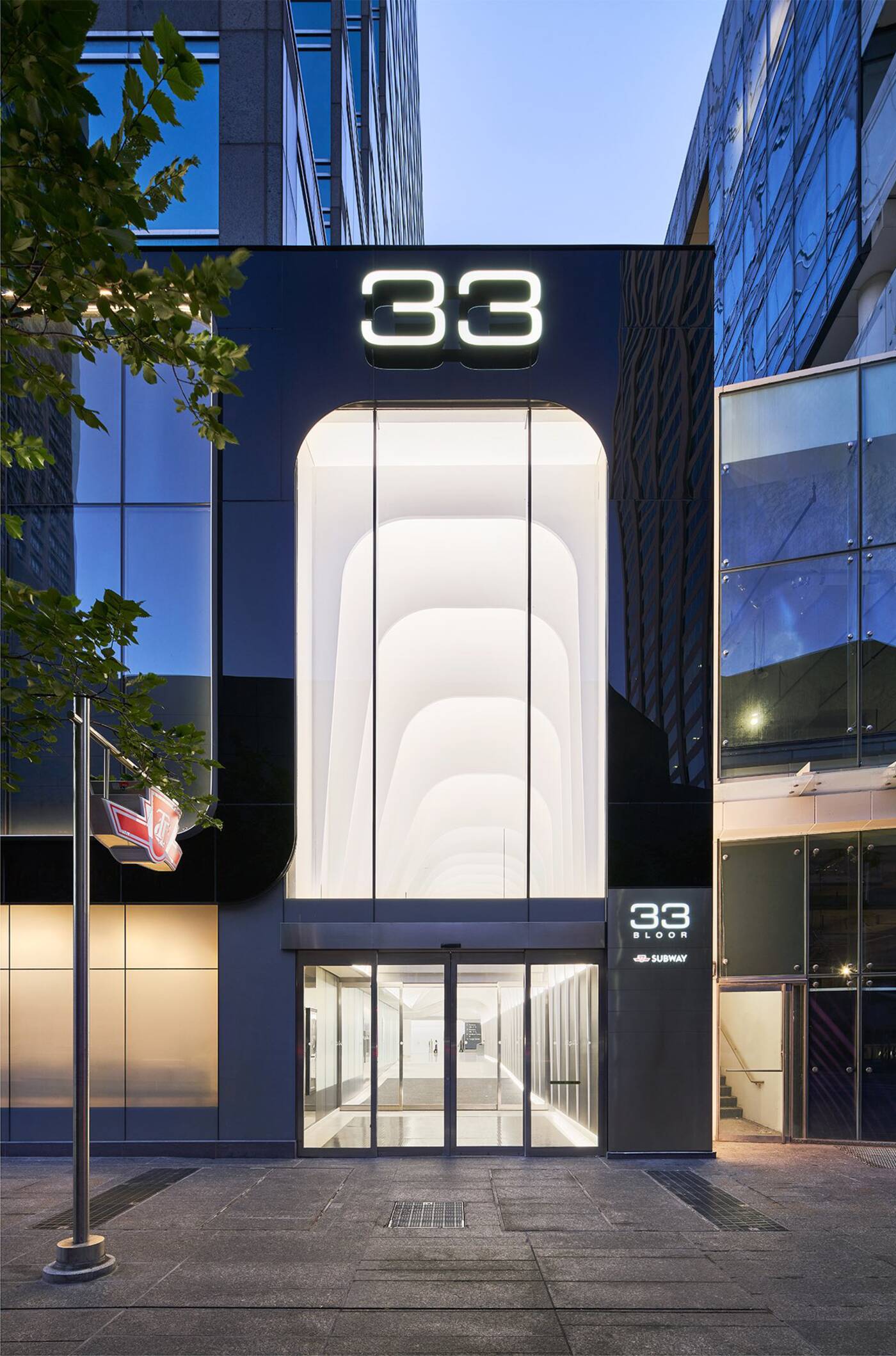 The arches start high at the entrance on Bloor Street. Photo via Bloor-Yorkville BIA

The central hub is an office lobby with access to the TTC entrance.

The ceiling "undulates along the main corridor, screening major beams which support the tower above while leading pedestrians to their destinations." 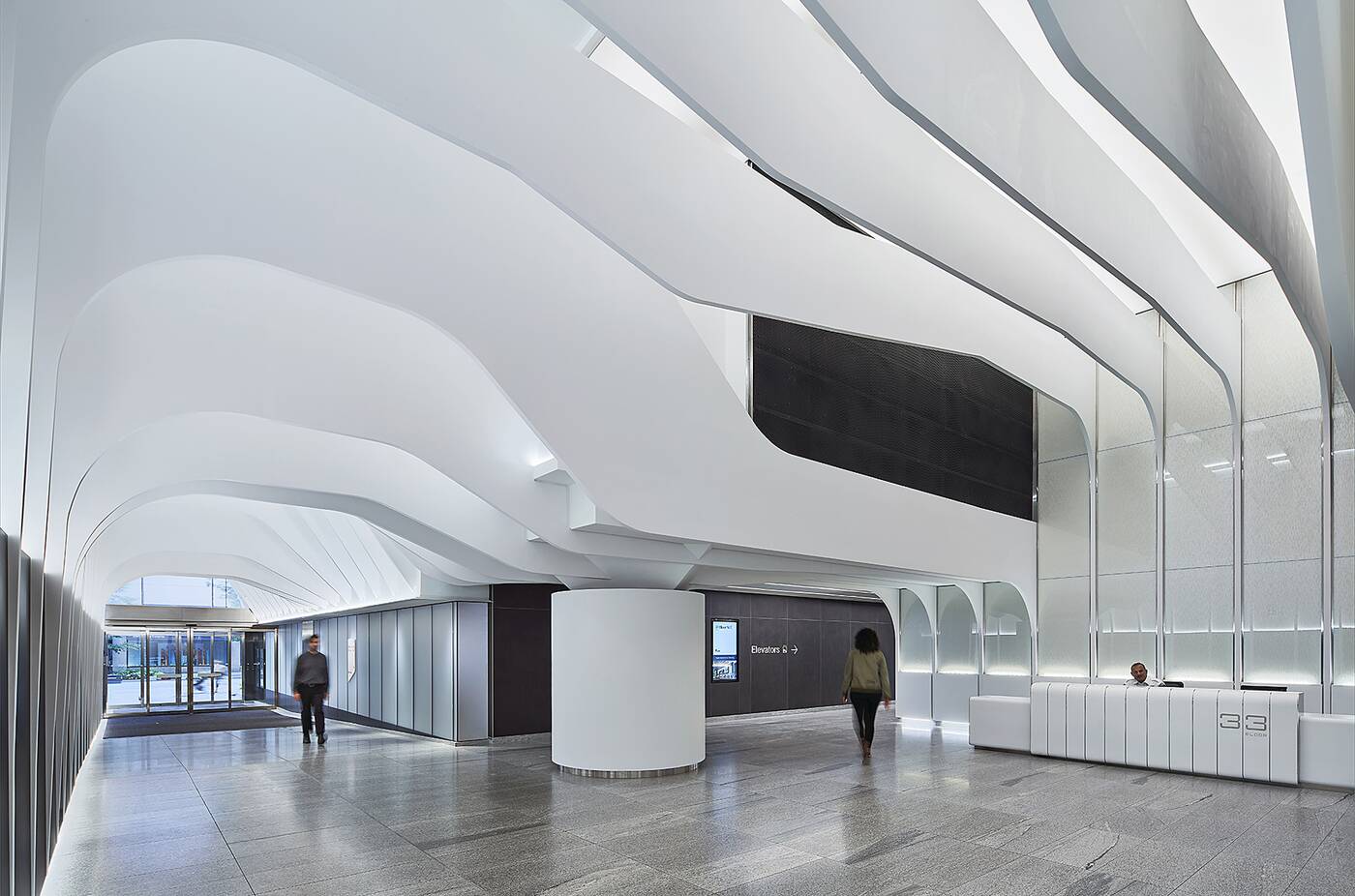 The arches create a wave pattern inside. Michael Muraz photo

The arches start in a high at the entrance from Bloor Street welcoming pedestrians into the building.

"Like waves they move along the north/south corridor, animating the space, directing people naturally to the subway platform entrance."

There is LED lighting to enhance the arches, which are constructed in a composite panel clad seamlessly in a solid surface material. 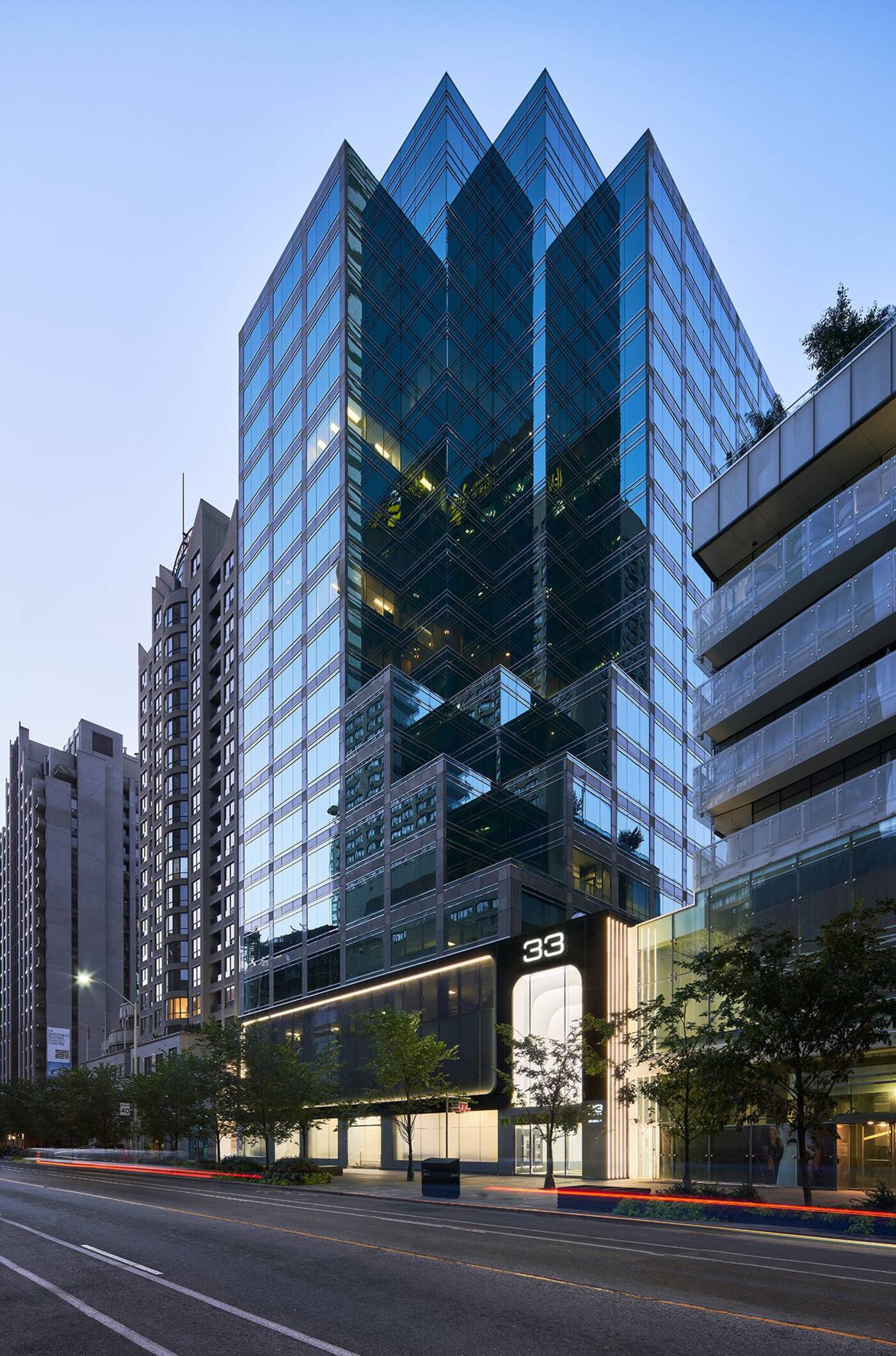 The building is at Bloor and Yonge, which has seen many changes over the years. Photo via Bloor-Yorkville BIA

The Bloor and Yonge intersection has undergone substantial changes over the years and there is more to come. A proposed 90-storey building, The One by Norman Foster, at 1 Bloor Street West, will tower over this intersection.