Toronto has long been known for its severe lack of affordable housing, but a new study puts into perspective just how desperate tenants in the city are for rental units — and how desperate homeowners are to help pay off their untenable mortgages.

The Canada Mortgage and Housing Corporation (CMHC) has released what is the first-ever detailed look at basement apartments, laneway homes and other secondary suites across Ontario, with data showing that a high proportion of homeowners in Toronto rent out a part of their property.

The report states that 15.4 per cent, or almost one in six "ground-oriented" homes in the city includes a secondary unit, making for the highest ratio in the province by a long shot with 74,752 total.

Most of these are located in the central southwest of the city, from east of Etobicoke through High Park, Parkdale and bleeding over Dufferin, as seen in the heat map below. Trinity-Bellwoods, Roncesvalles and Little Italy specifically were found to have the highest concentrations. 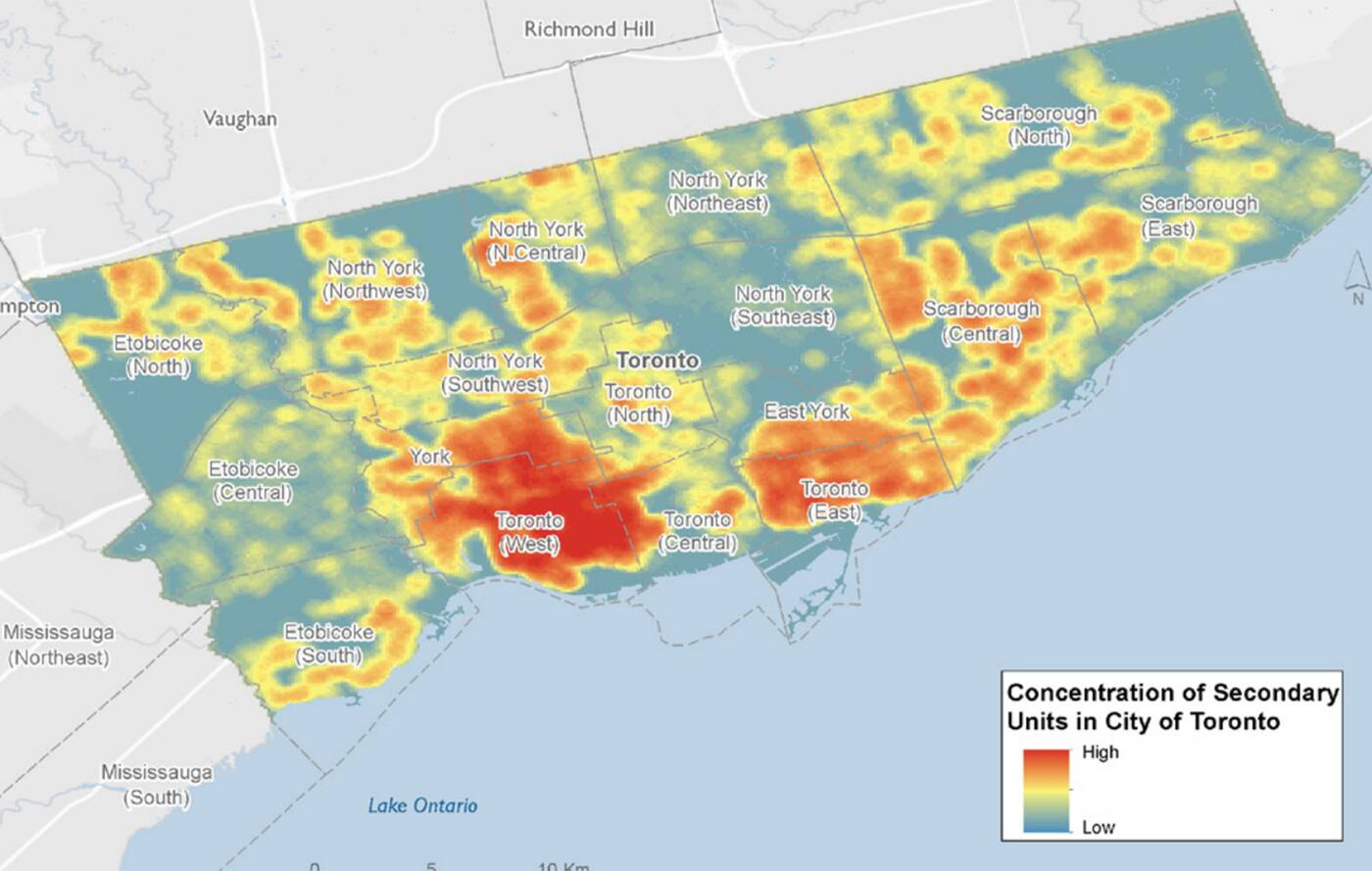 A heat map showing where secondary suites are most concentrated in Toronto. From the CMHC's latest Housing Market Insights.

In Brampton, by comparison, 9.6 per cent of such homes have secondary suites, followed by Mississauga, at 7.4 per cent.

There are a number of factors that contribute to and thus are indicated by a higher number, the CMHC notes, such as a scarcity of purpose-built rental complexes and rental units in general — Toronto, for example, has been home to extremely low vacancy rates, high competition for apartments and high rent and purchase prices, at least pre-COVID. 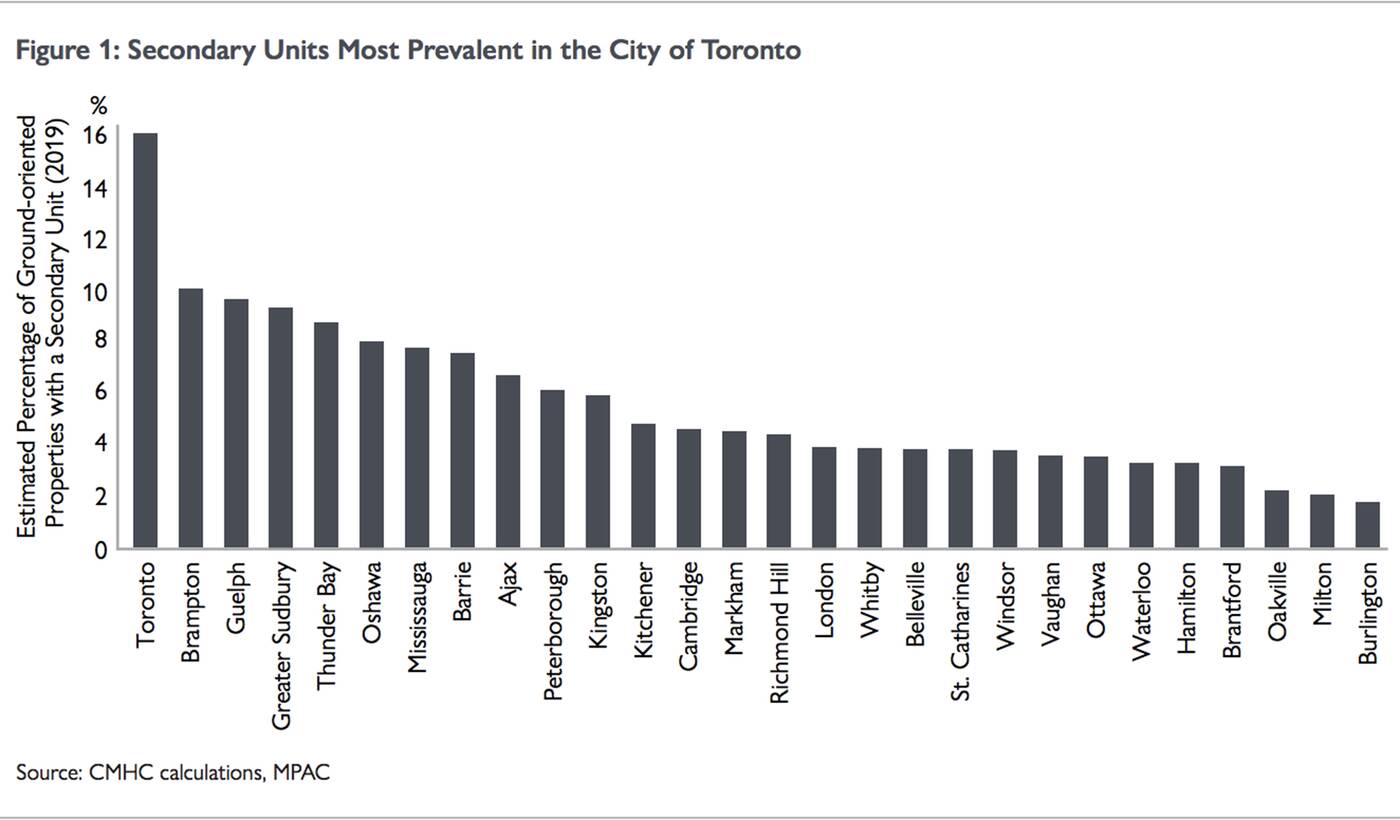 The percentage of homes with secondary suites in various cities across Ontario. From the CMHC's latest Housing Market Insights.

The experts at the housing agency believe that basement apartments in particular, which were found to be the most common form of secondary suite, definitely help to compensate for the rental housing needs of the city, especially as they often tend to be more spacious than other types of units.