As if buying a home in Toronto weren't already hard enough — if not impossible for many people — Canadian regulators just put new, tougher mortgage stress test rules into place, meaning that a house you could have afforded yesterday could be out of your budget today.

Essentially, as of June 1, it's harder to qualify for a mortgage in Canada. It all relates to how much the government will let any bank lend you based on how much money they calculate you could actually pay back if interest rates were to rise.

Yesterday, prospective borrowers had to pass a "stress test" proving, based on their income and other factors including debt, that they could carry their mortgage costs if interest rates were to hit 4.79 per cent.

Today, that value has been raised to 5.25 per cent per cent (or 2 per cent above their contract rate — whichever is higher).

It doesn't matter if you've got the requisite 20 per cent down payment to be considered an "insured"mortgage borrower — you'll still need to pass the 5.25 per cent stress test to qualify for a loan big enough to buy the house you want.

And if you don't? You qualify for a lower mortgage, meaning you'd need to buy a cheaper home (or somehow make up the difference in cash).

The Canadian real estate brokerage and analysis firm Zoocasa calcuated how these new rules would impact the income required to qualify for a mortgage large enough to buy an average-priced home in various cities across the country.

Assuming the home buyers had no additional debt, were making a 20 per cent down payment, and were amortizing their mortgage over 30 years, they found that people in the Greater Toronto Area would see about $42,475 shaved off what they could qualify for on a home priced at $1,090,992.

To qualify for the same amount the could have received yesterday, they'd have to tack an additional $8,000 per year onto their annual income.

Sucky as it sounds, this is actually seen by many as a good thing — a protective measure that will prevent people from overextending themselves financially. It could even help stabilize and cool an overheated housing market.

Below is a map showing how the new stress test limit affects an average buyer's required income and estimated mortgage allowance in 11 major Canadian cities. 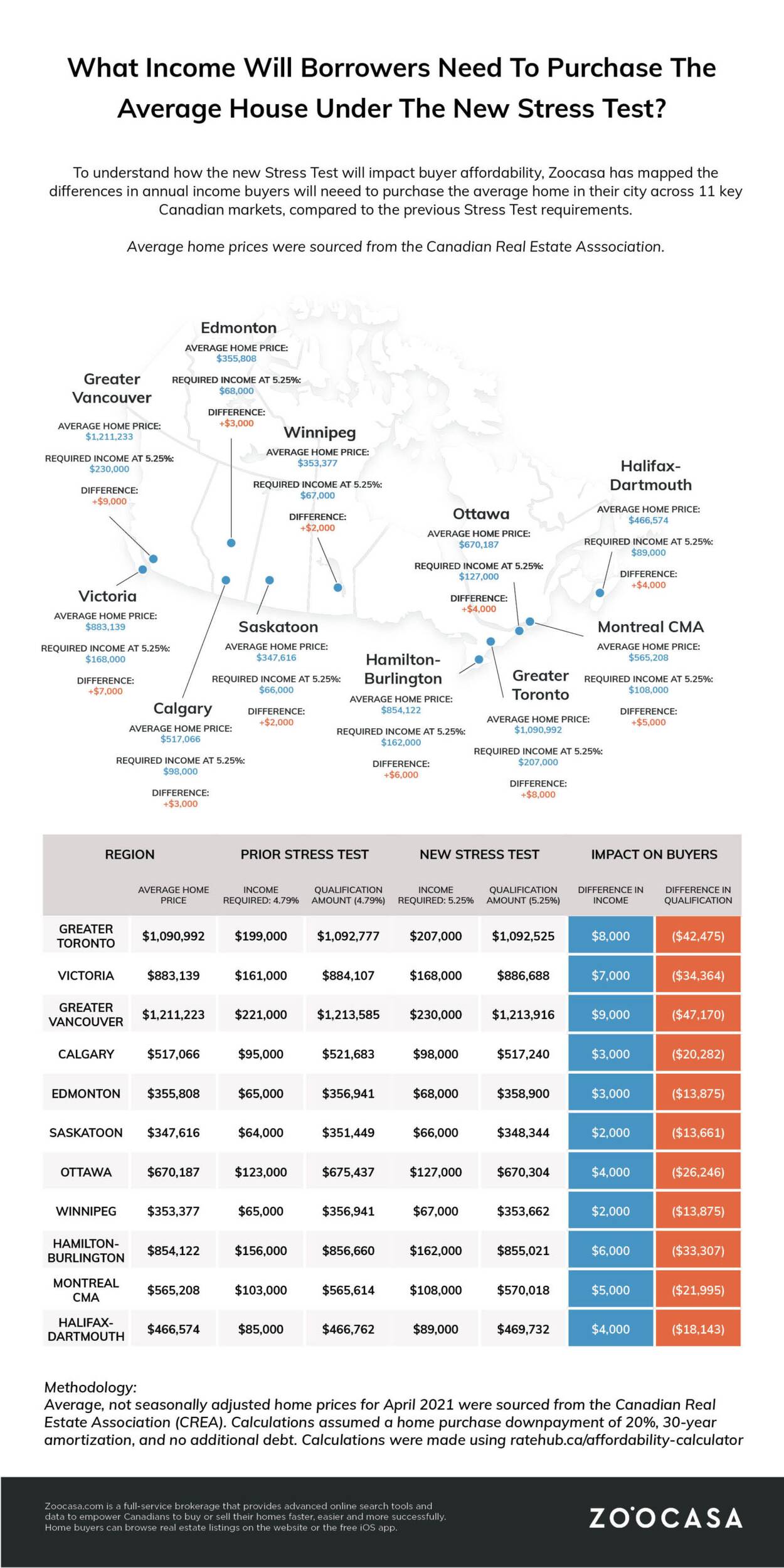