You know a property is ridiculously expensive when the listing doesn't even include a price, as in the case of an approximately 11,345-square-foot brick and beam building that just came up for sale in West Queen West.

Not huge, but incredibly well situated at 1117 Queen St. W. (in front of that newish condo complex on Lisgar, right across from The Drake Hotel), this two-storey industrial box will undoubtedly go for a pretty penny — all of which will presumably go to the Canada Post Corporation.

That's right, Canada Post is selling its historic old "Postal Station C" at Queen and Abell (though disappointed parties should note that the post office itself actually closed last year.)

Colliers International recently put up a listing for the landmark building, which it describes as "a prominent corner property" with 108 feet of frontage along Queen Street West. 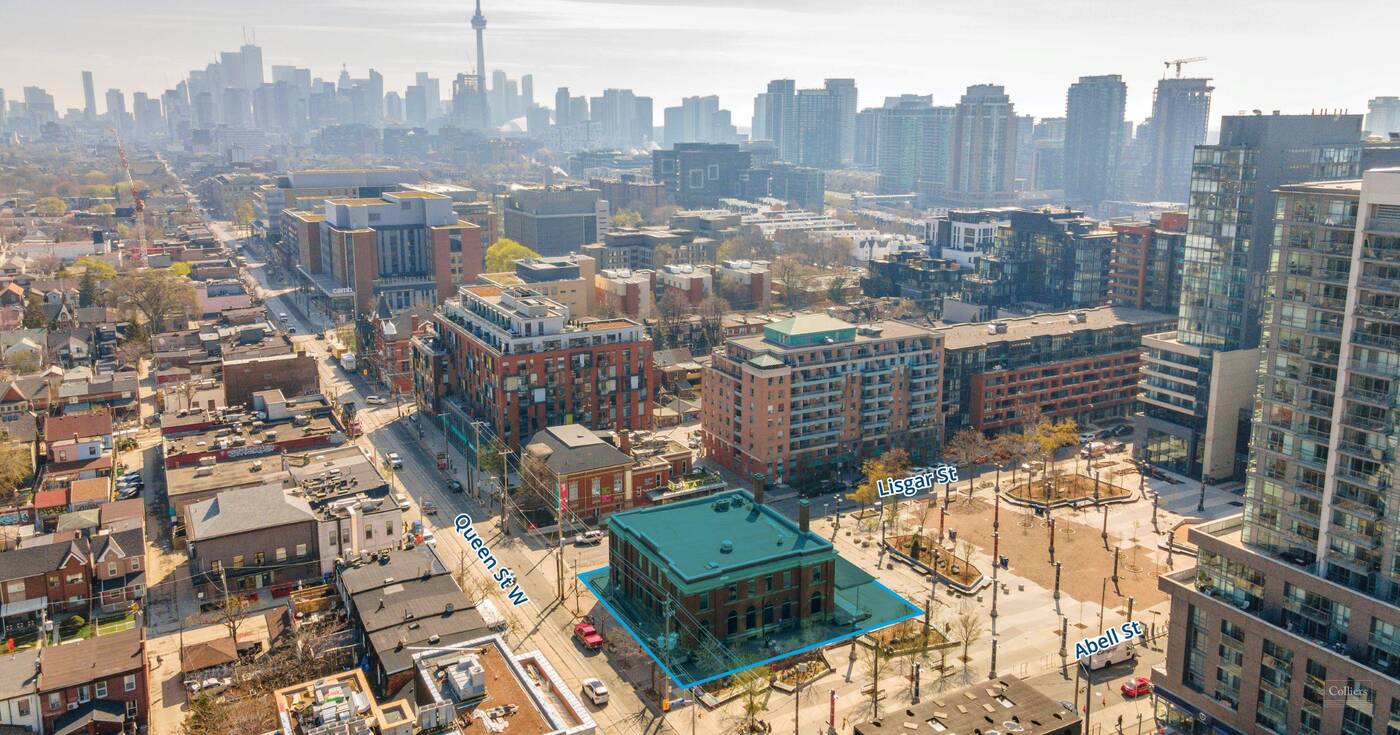 The subject site, which is occupied almost entirely by the old post office.

"This prime location is surrounded by urban parks and is centrally located in the vibrant Queen West retail node and one of Toronto’s most sought after neighbourhoods," reads the listing.

"The property and location attributes are unparalleled for a variety of uses for both the occupier or investor/developer who can leverage the neighbourhood's world class retail, explosive residential growth and surrounding mixed use developments."

Built in 1902 by Canadian architect Samuel George Curry, the old post office was listed on the City of Toronto's heritage register nearly 50 years ago, but has not yet been designated under the Ontario Heritage Act.

Thus, as a non-designated listed property, the structure has no significant legal protections and can, theoretically, be turned into condos like so many other important historical sites in Toronto have been.

Locals would rather not see that happen, but they might not have much of a choice. 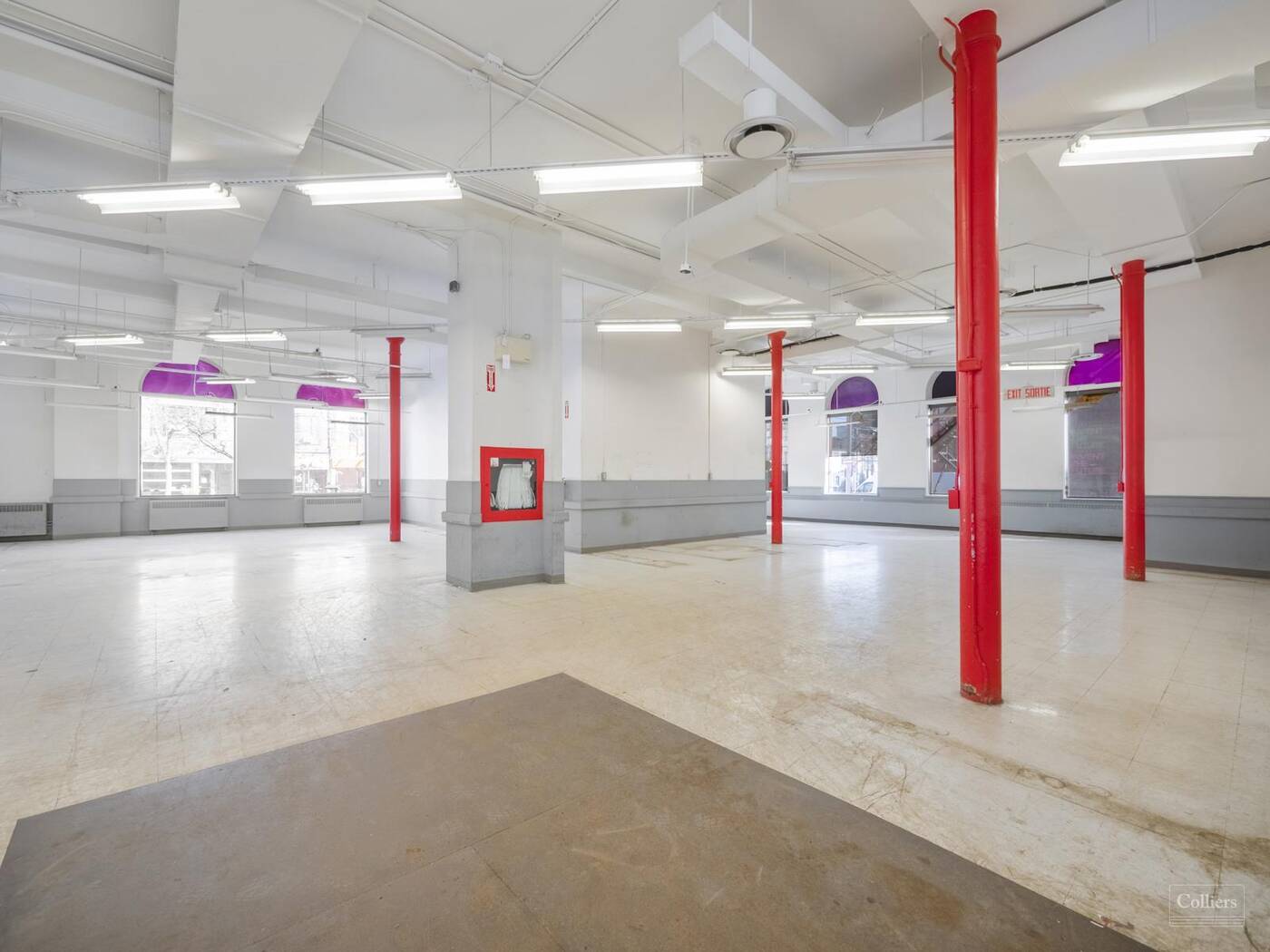 The office has been cleared out, but Canada Post's trademark colours still hint at what the space used to be.

In response to concerns about the closure of the post office, Davenport MP Julie Dzerowicz penned a letter in January clarifying that Canada Post had "classified that facility as surplus and scheduled it for sale in the near future."

Dzerowicz told constituents that three newly-opened locations were available to serve the community (the post office on Ossington, as well as postal counters inside both the Rexall at Dovercourt and Parkdale's Vina Pharmacy), but that she couldn't do much in terms of determining what the old one would become.

"I have been informed that the federal government does not have a say on how the building is used and that Canada Post, as an independent Crown corporation, has a responsibility to Canadians to get fair market value on the sale of any properties," she wrote at the time.

"I know how important this building is to the community and that the community has been articulate in asking for it to be transformed into an Arts and Culture space. I am reaching out to some local leaders to discuss how we can start mobilizing in order to explore next steps and possible options available moving forward."

Now up for sale and lacking heritage protection, Postal Station C could become anything, really.

Some development concepts prepared by IBI Group last summer suggest that a building as tall as 13 storeys could stand atop the site, though it does designate such an approach as "aggressive."

Prospective buyers have until July 14 to submit a letter of intent, which will be reviewed by the vendor (Canada Post Corporation) and Colliers.