Sometimes it's nice to imagine what you could live in if money was no object.

And while most people can't even fathom what it would be like to shell out $19,500 a month for an apartment, for some lucky Torontonian this penthouse could be a reality. 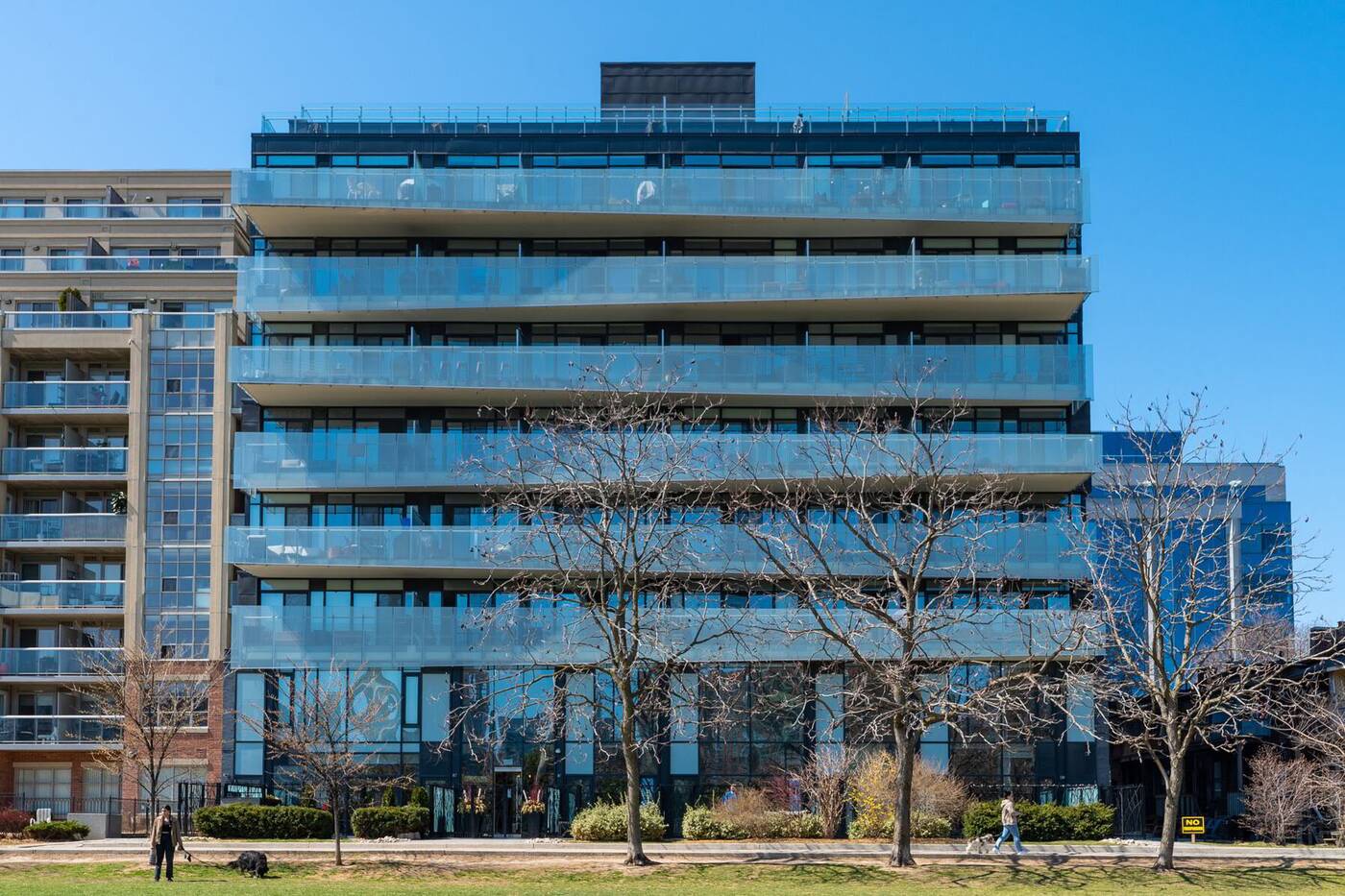 Parc Lofts is located in King Street West neighbourhood and was built in 2012.

The luxury apartment is located next to Stanley Park in the Parc Lofts building at 25 Strafford Street. 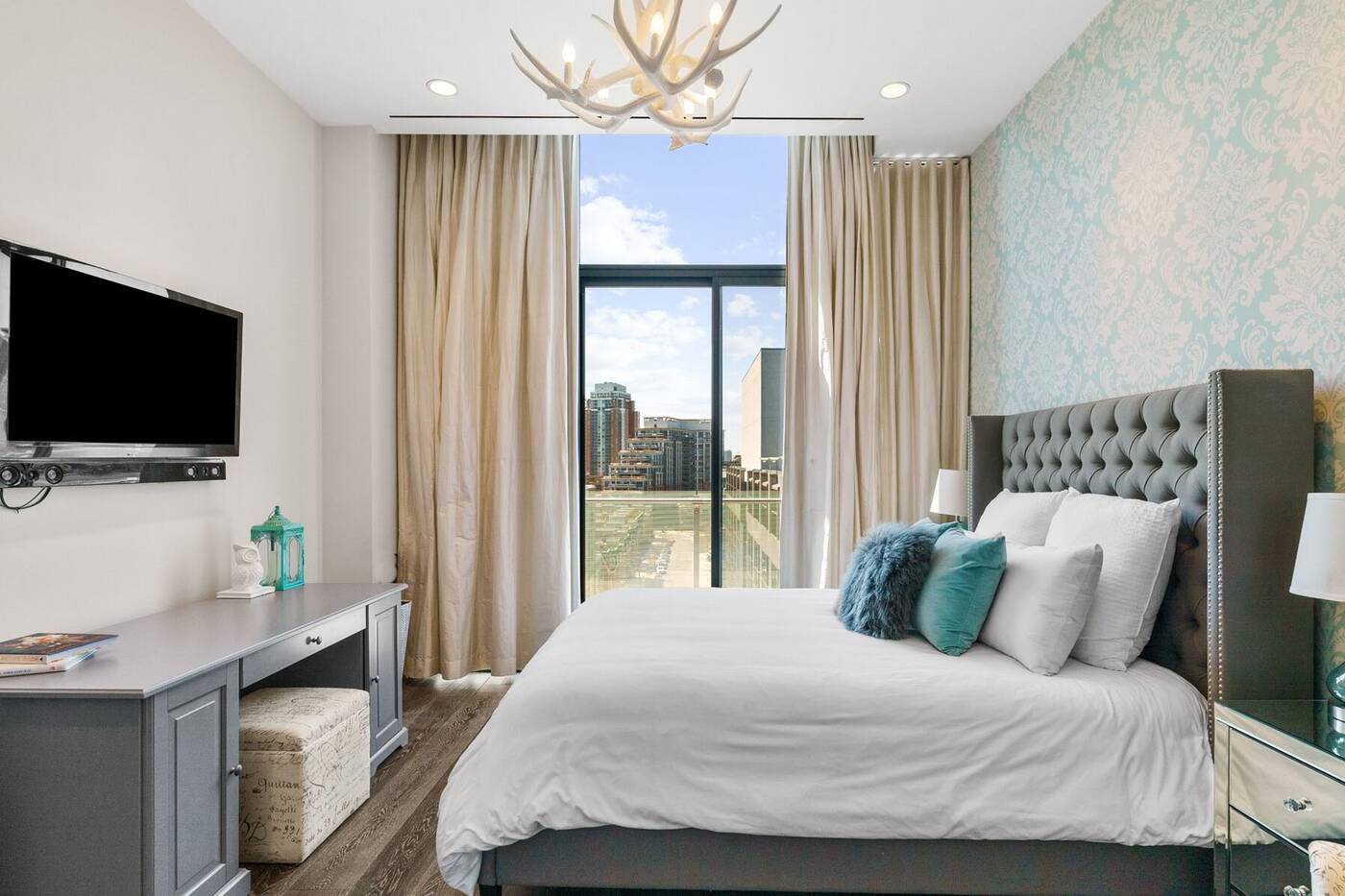 All the bedrooms have walkouts to the outdoor space.

Normally units in this building rent for way less than what this penthouse suite is listed at, but this apartment isn't like any of the other 100 units. 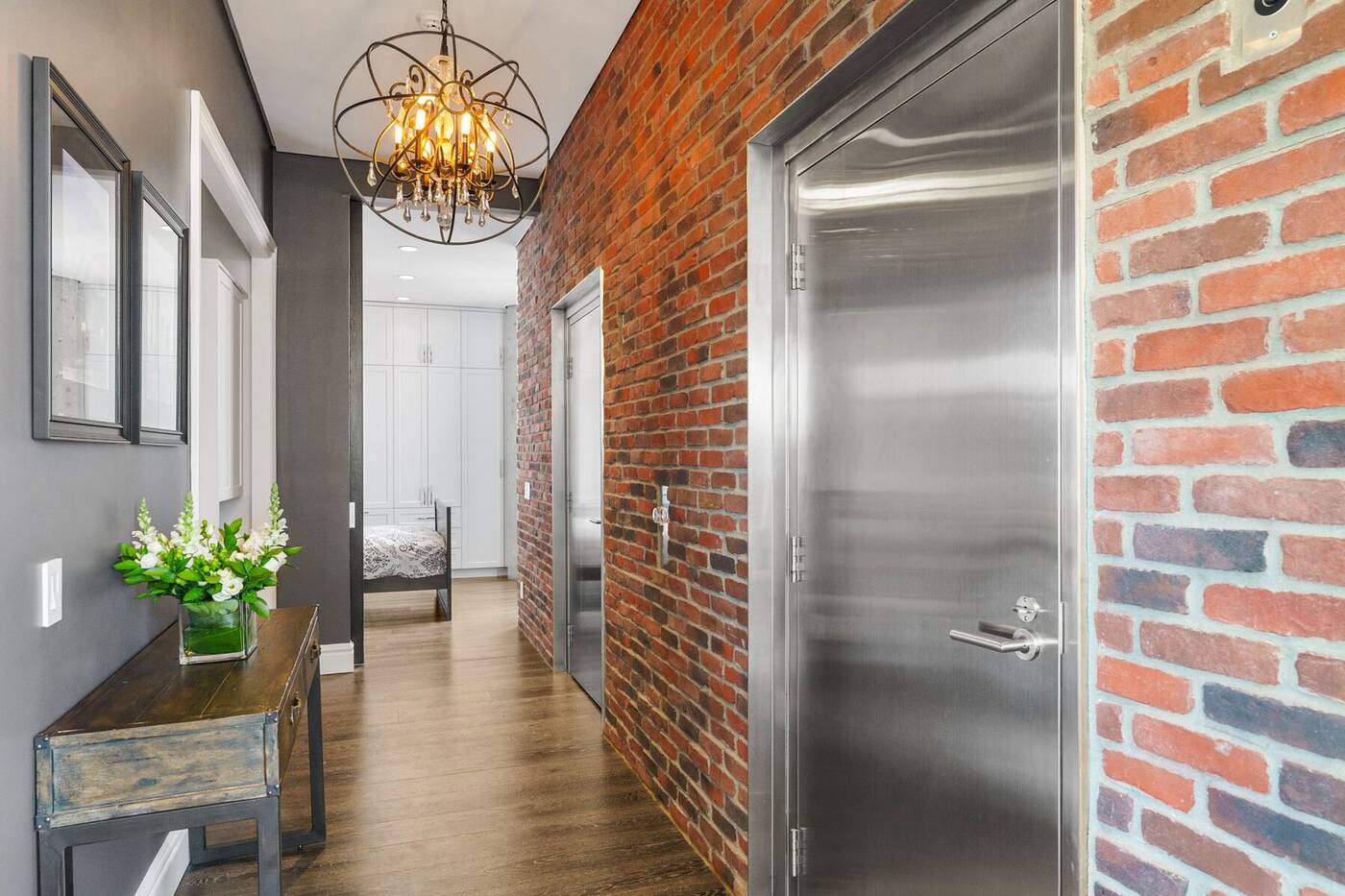 One it has its own private elevator. 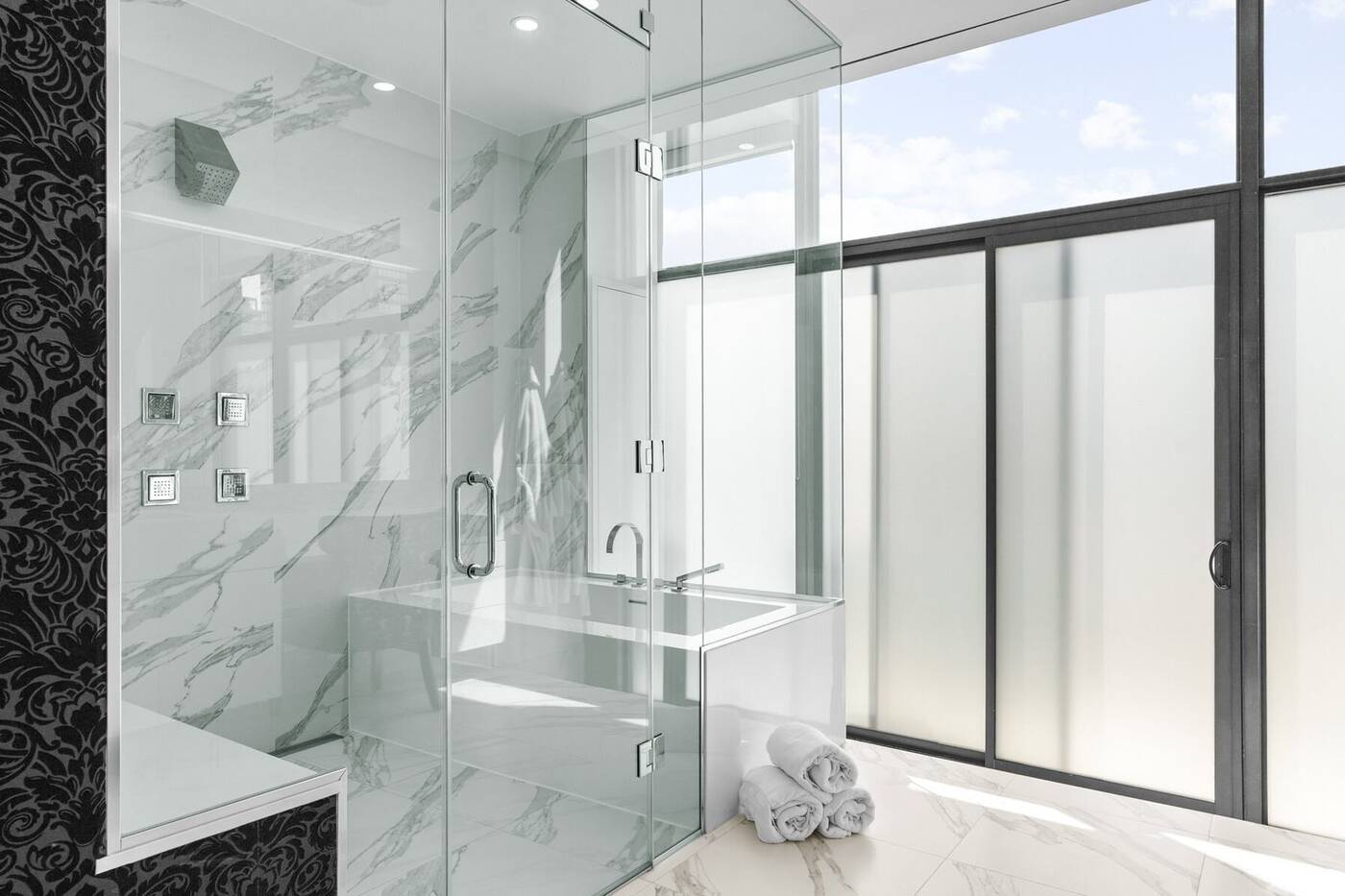 One of the spa-like bathrooms.

It also has 4,750-square-feet of indoor/outdoor living space, four bedrooms, three bathrooms and sweeping views of the city. 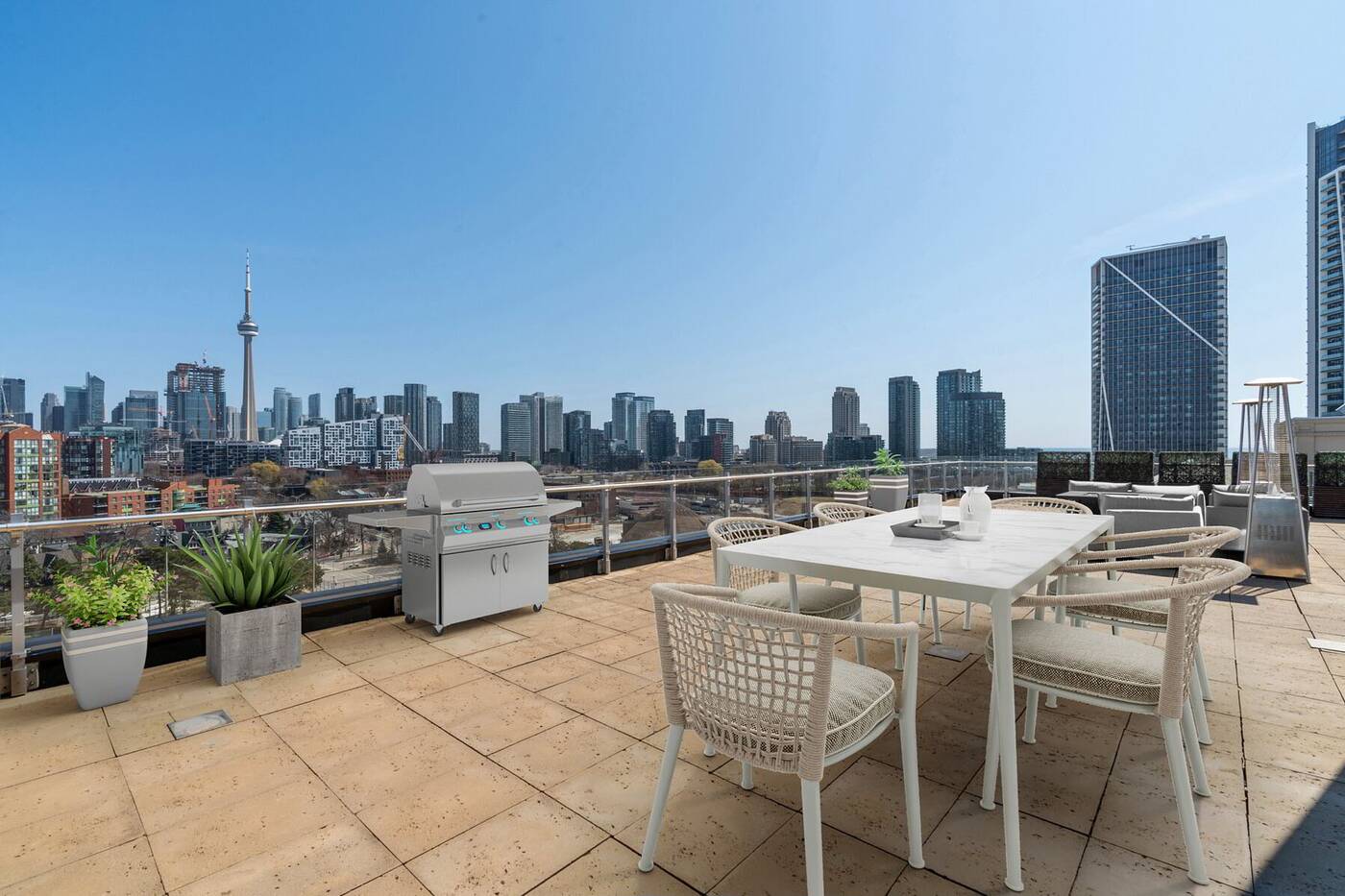 The unobstructed view from the 1,834 square-foot terrace.

The views really are stunning and uninterrupted. 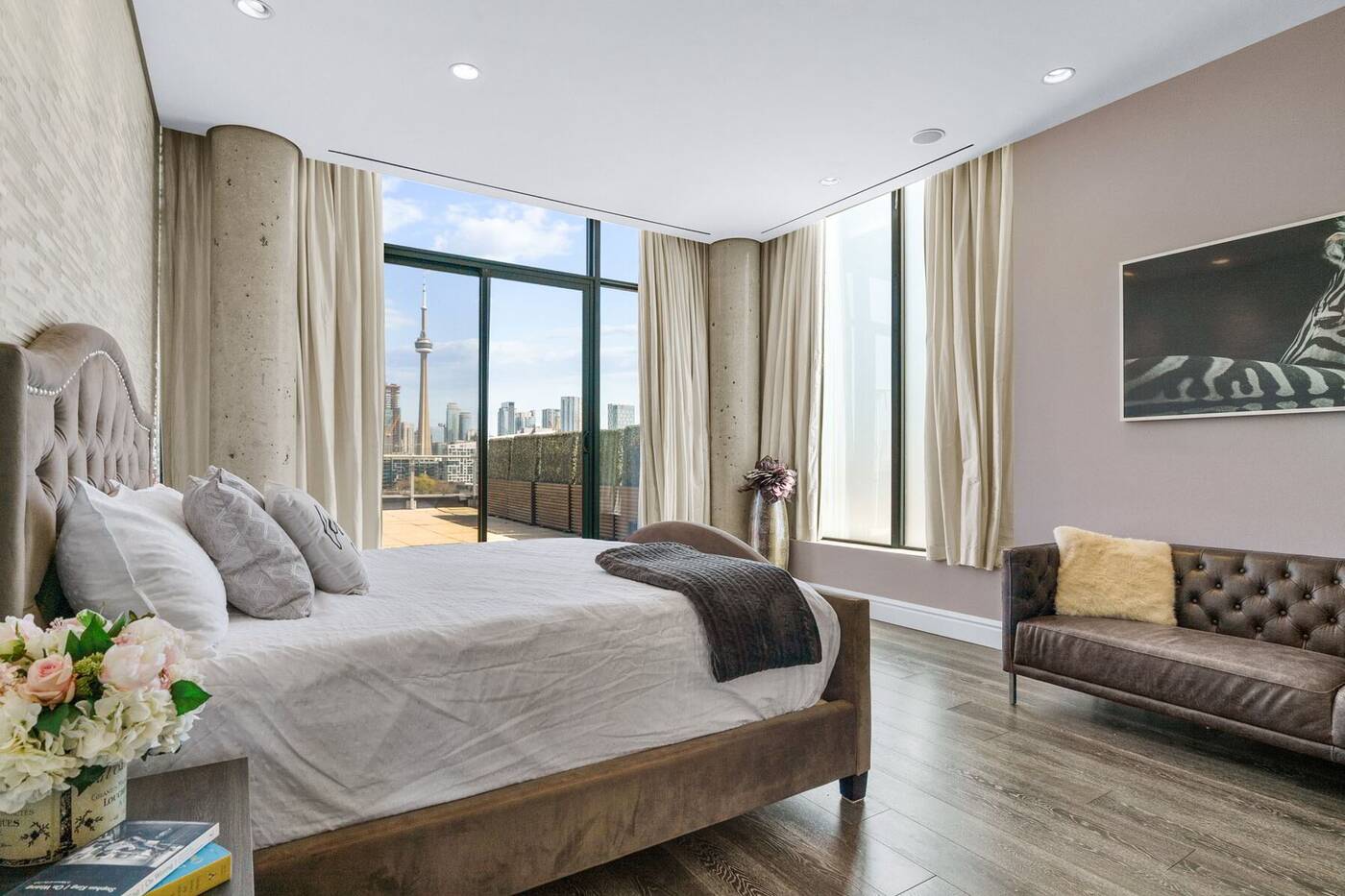 Further, there are oversized bedrooms with floor-to-ceiling windows that let in tons of natural light and each walk-out to the huge patio. 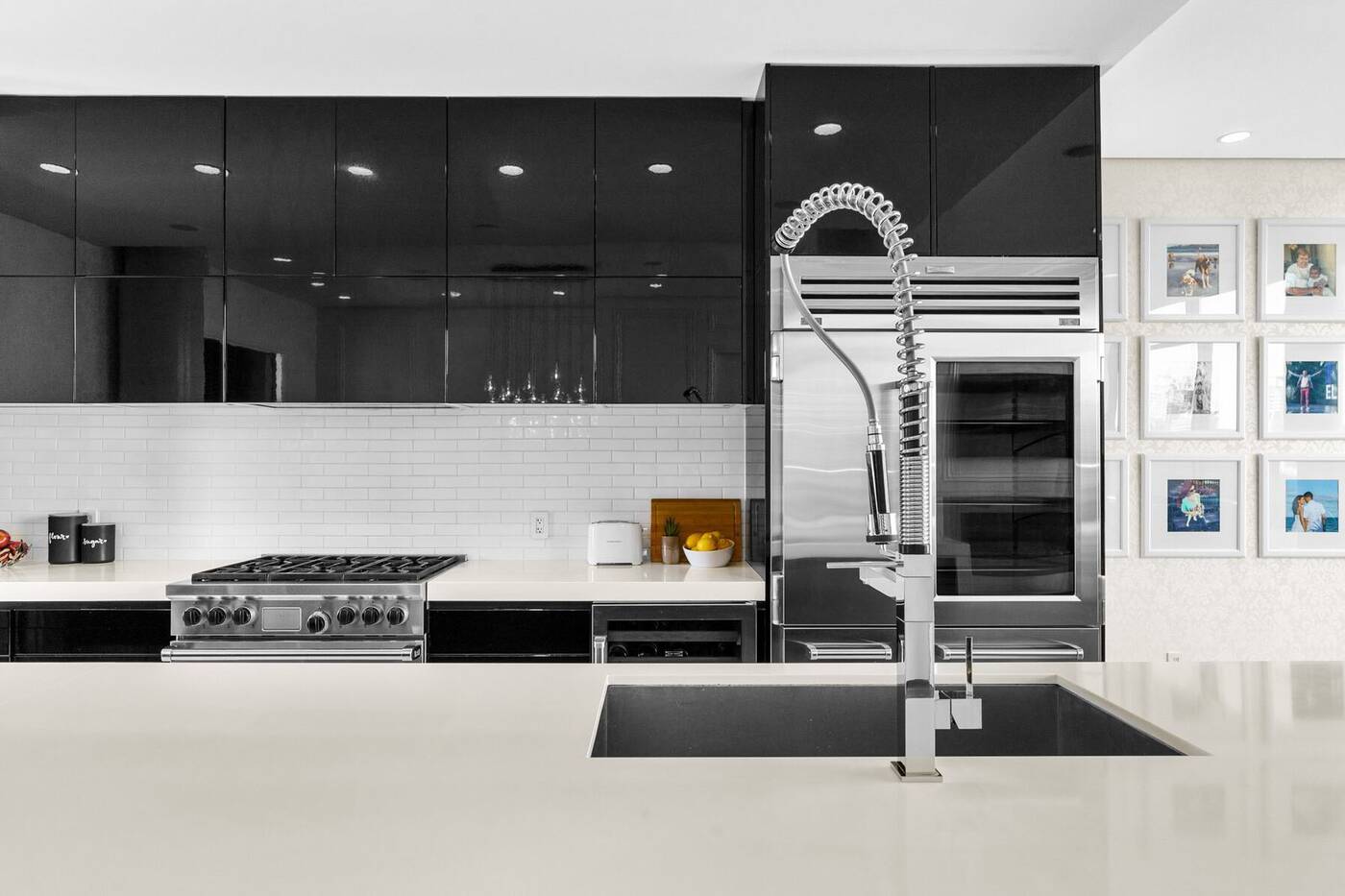 The kitchen is Scavolini, with glossy cabinets and is open concept with the living and dining area – perfect for entertaining when that becomes a thing again. 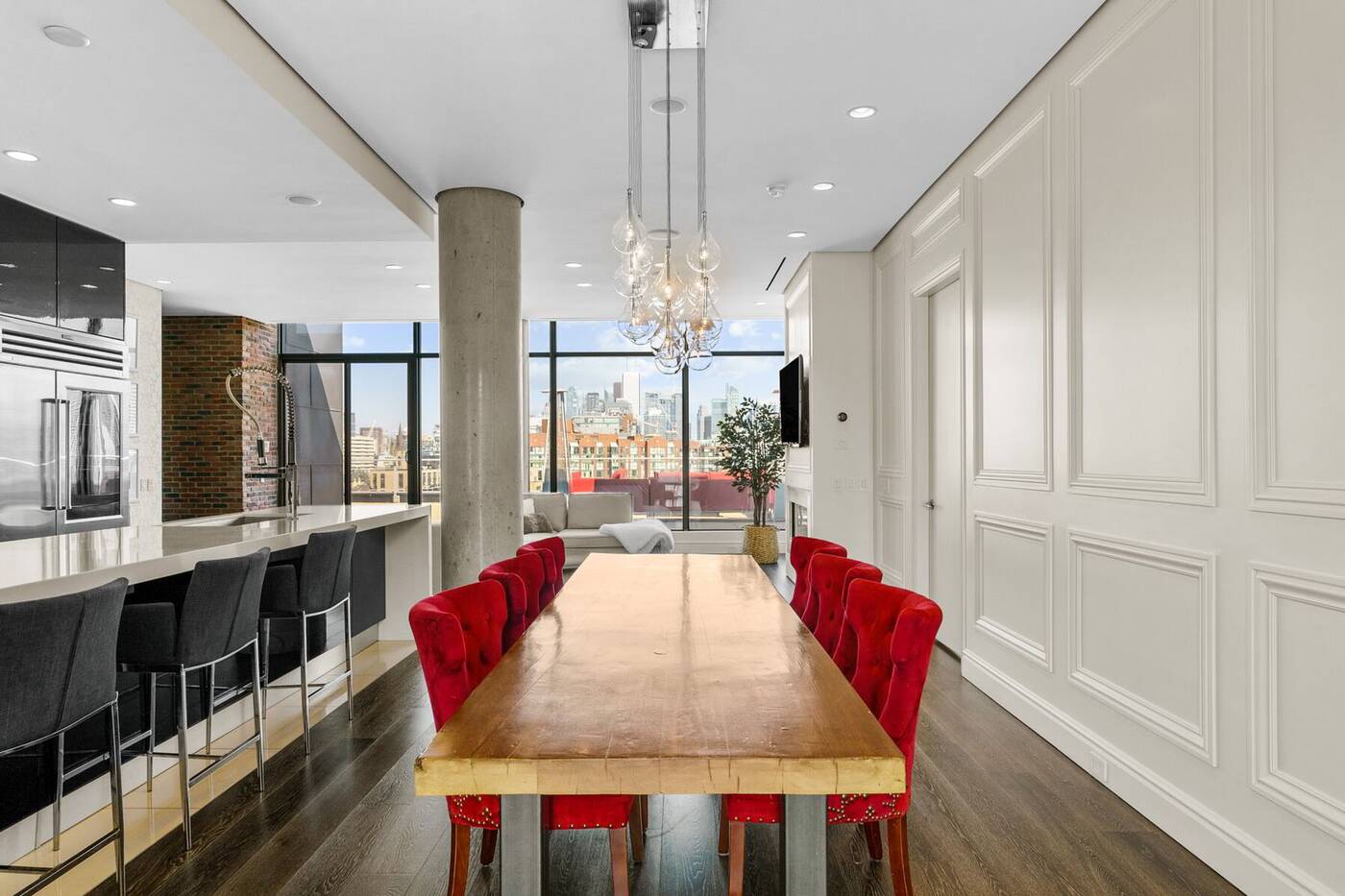 Custom millwork is featured throughout.

There are concrete pillars, exposed brick, fireplaces and wainscotting in the living and dining room, which gives the space character and helps distinguish this condo from just any old glass box in the sky. 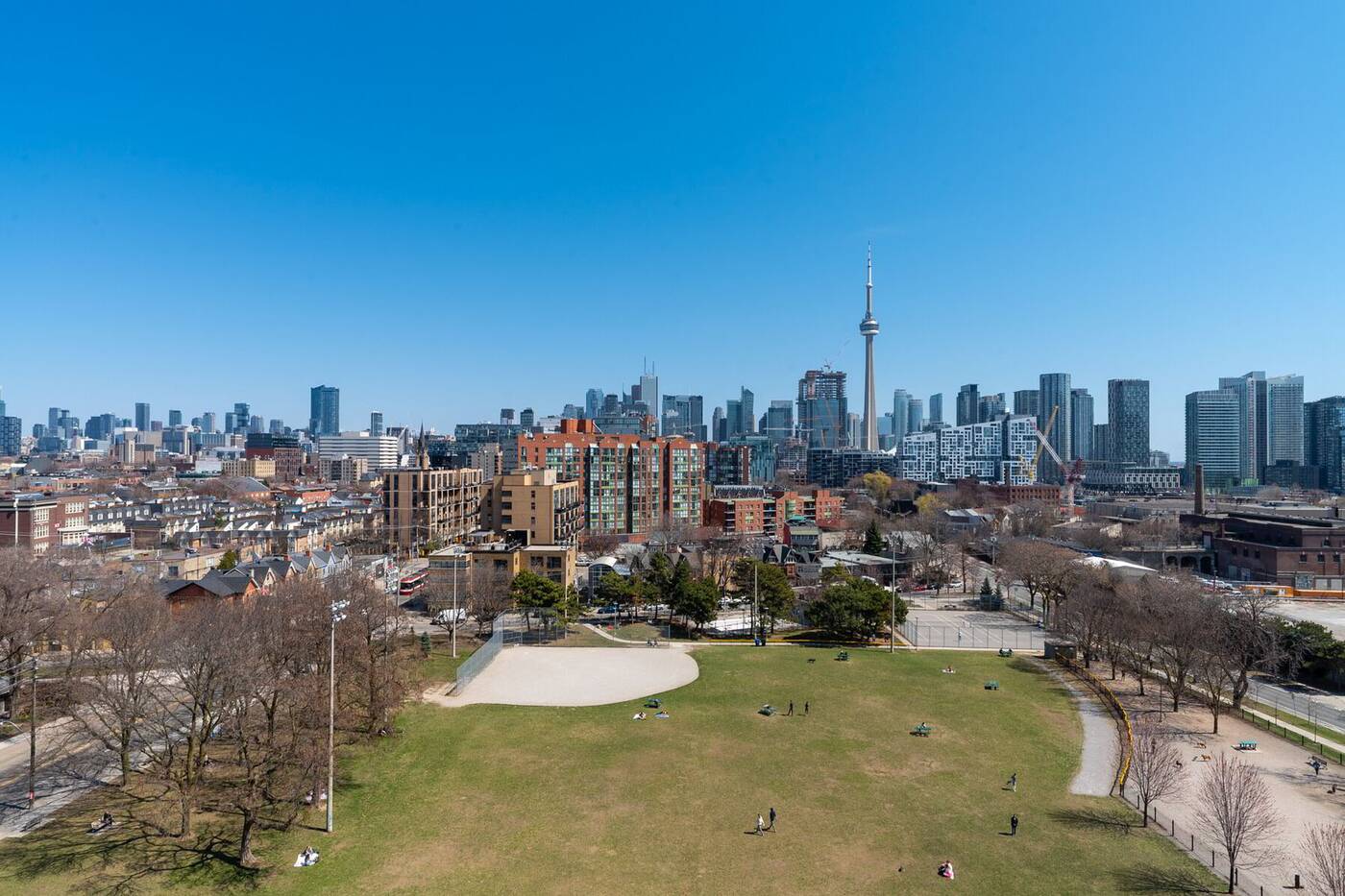 Stanley Park is right next to the condo.

Location wise it's hard to beat, with a transit score of 100 and walk score of 93. 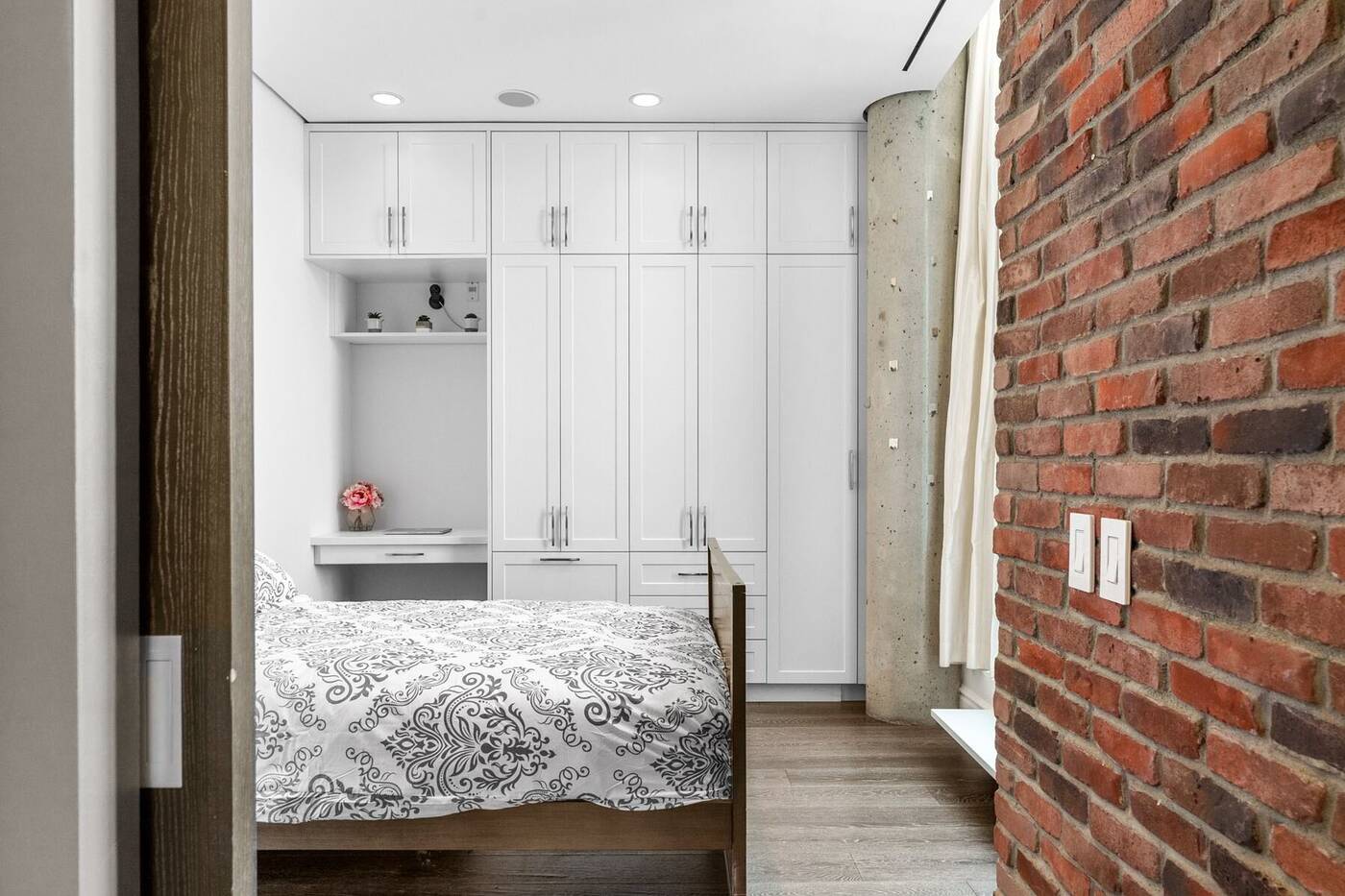 There's a murphy bed in the fourth bedroom.

The building is also just steps from great dining, parks and the downtown core. 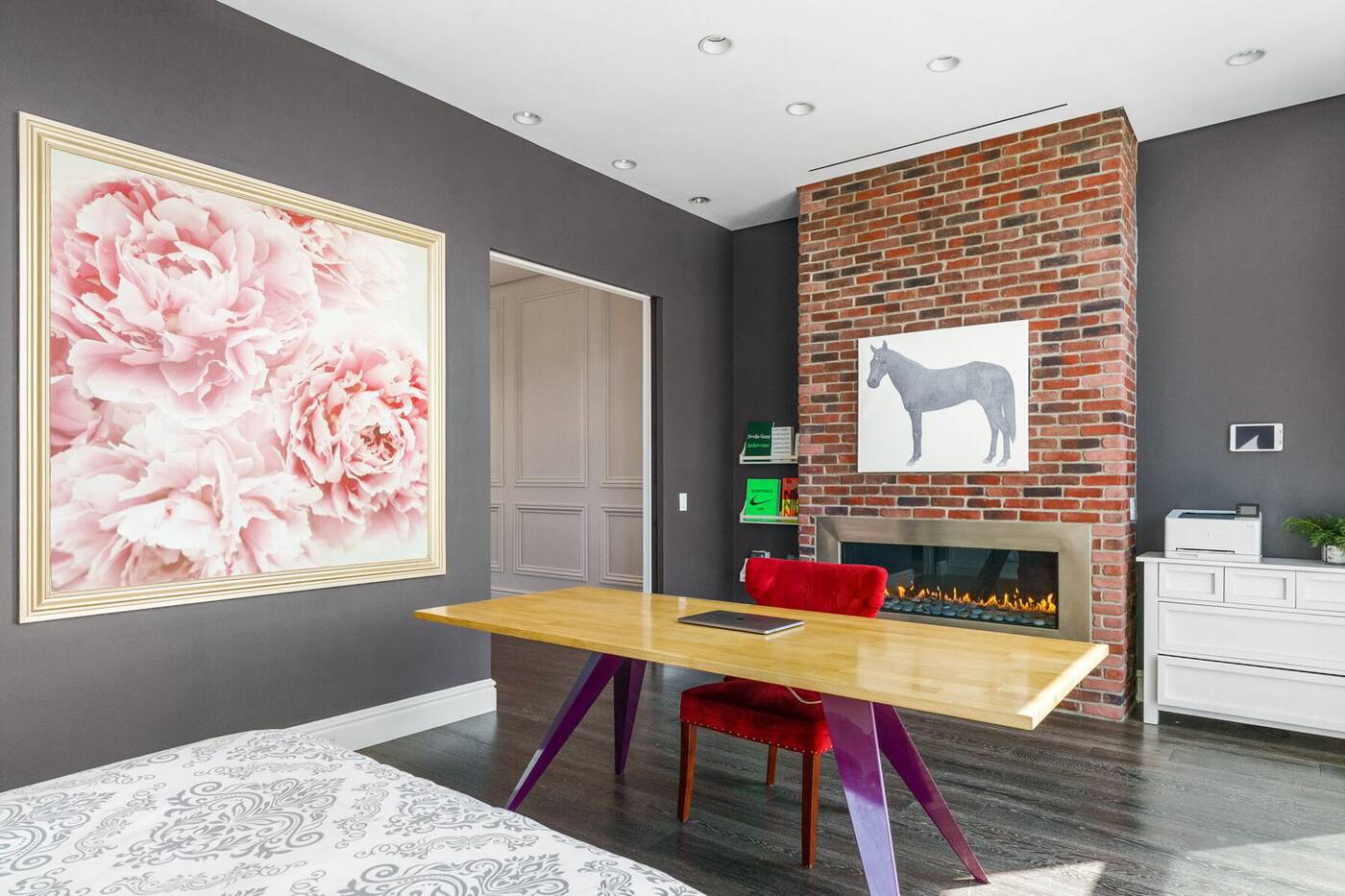 The penthouse has two gas fireplaces.

That being said, the building is short on amenities you'd come to expect for this amount of rent. The lofts only have a BBQ area, security and party rooms. There's no gym, concierge or pool. 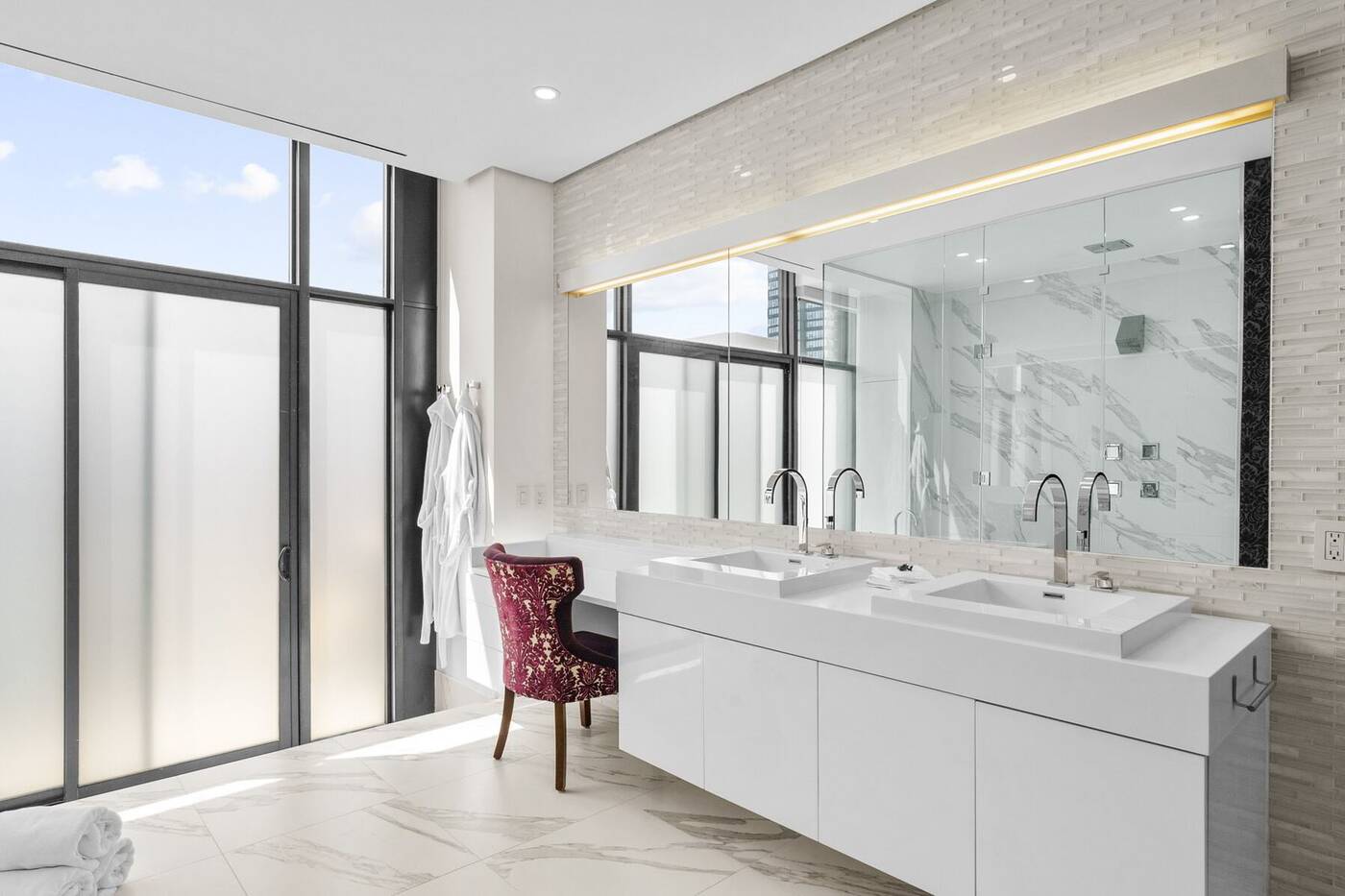 There are built-in speakers and a Lutron lighting system featured in the unit.

Also on top of the $20K in rent you're also responsible for your own heat, hydro and A/C... although whoever rents this probably won't flinch at the extra cost. 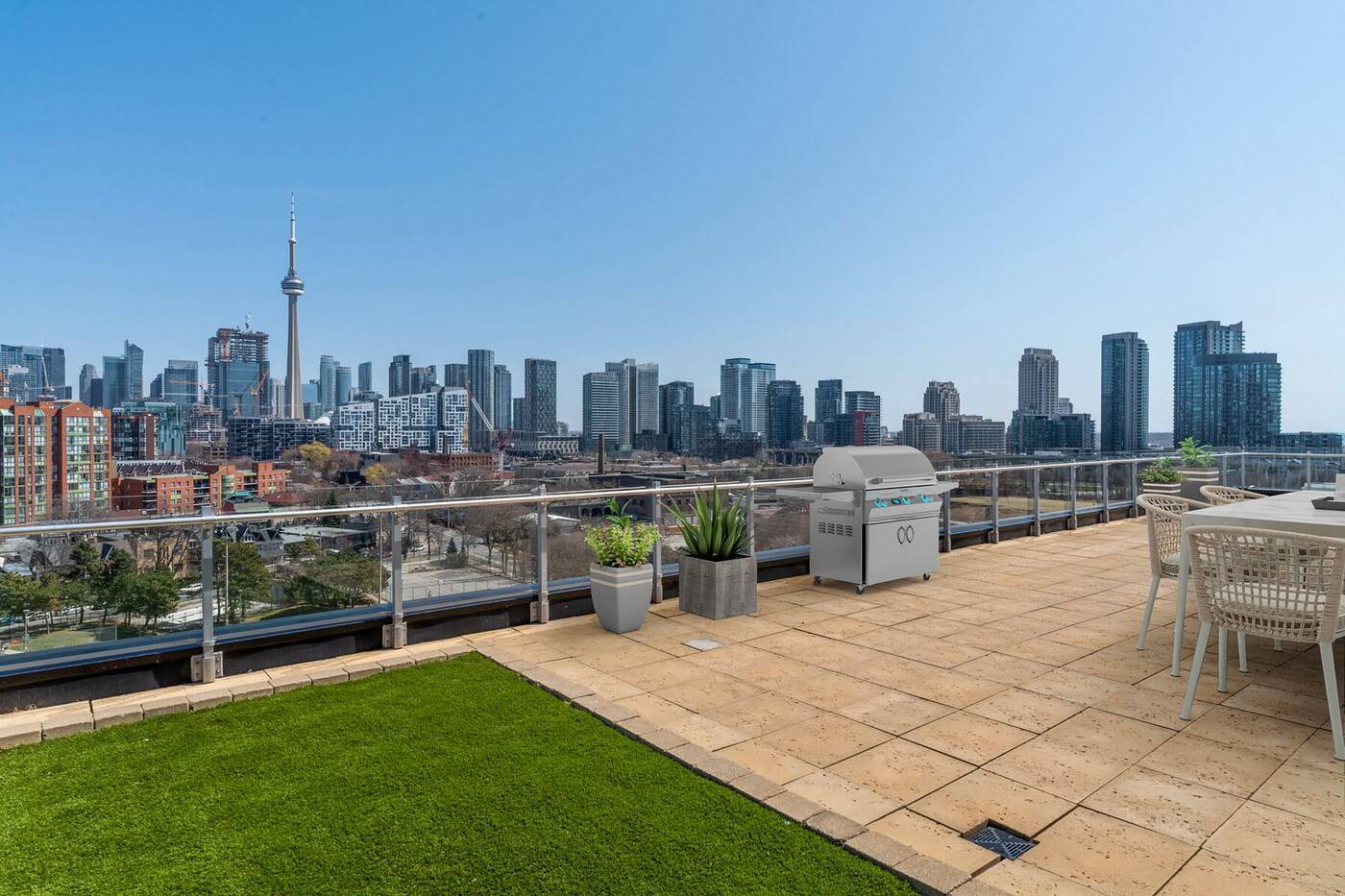 So if you don't care about bells and whistles like a pool but you do care about the views and beautiful interiors this penthouse is for you.