There's a 21-year-old house in the Upper Beaches that nobody's ever lived in.

After a fire and suspected break-ins, the house at 2336 Gerrard Street East remains boarded up. The Upper Beaches community is wondering how long it will remain that way.

Area resident Jane Marvy posted in The Beach(es) Facebook group asking what is happening with the brick home. 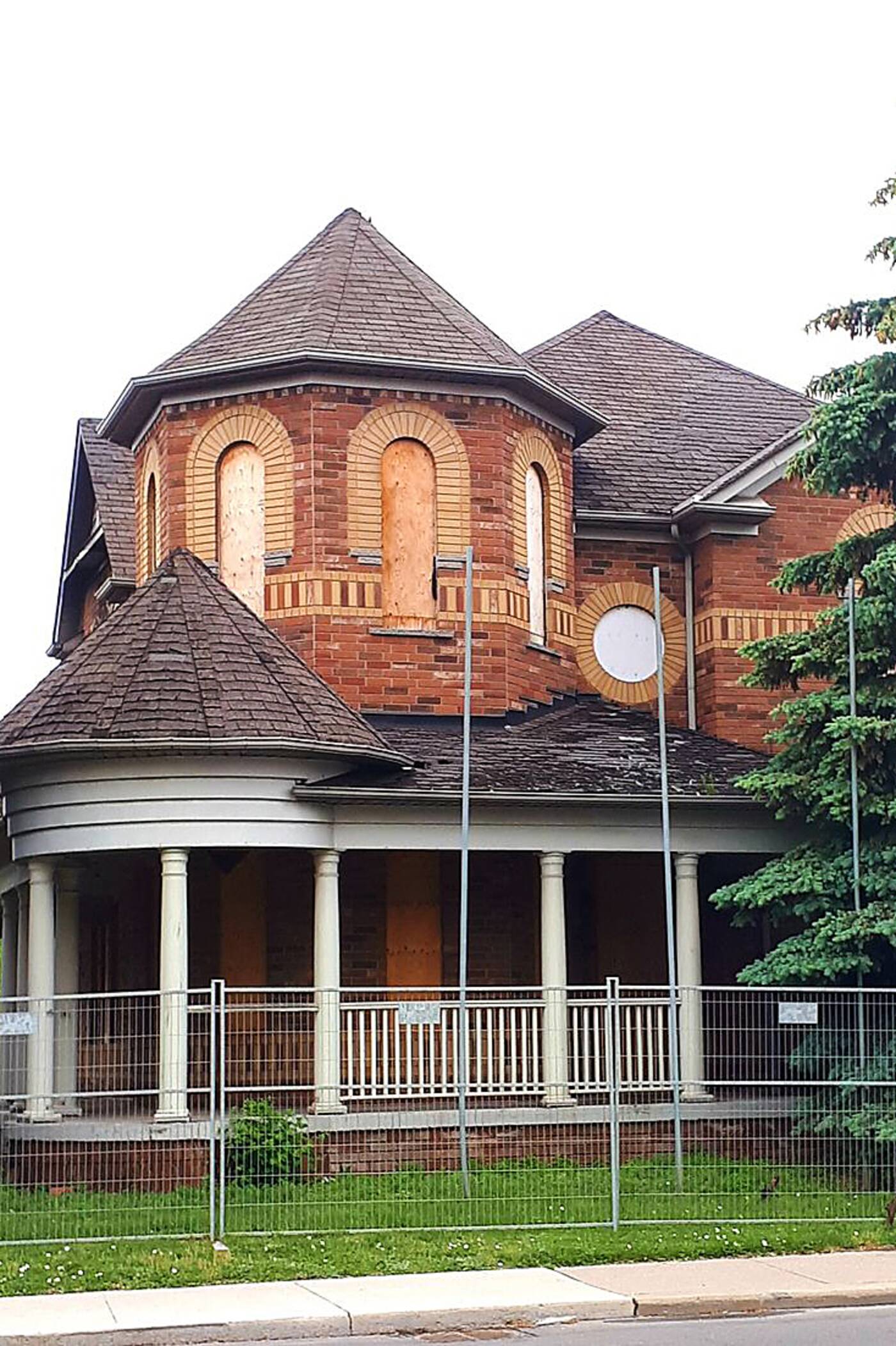 Jane Marvy posted this photo of the home on Facebook wondering why it has sat vacant for so long. Photo by Jane Marvy.

Many wondered if it could be put to good use as a community centre or a restaurant.

"That's a gorgeous home outside. The brick work and porch are awesome," one person wrote.

Others noted that it has been boarded up for several years and at one time it may have been broken into and used as a hang-out.

The building was constructed as a temporary showroom and presentation centre completed around June 2000, Bruce Hawkins, senior communications advisor for the City of Toronto tells blogTO. 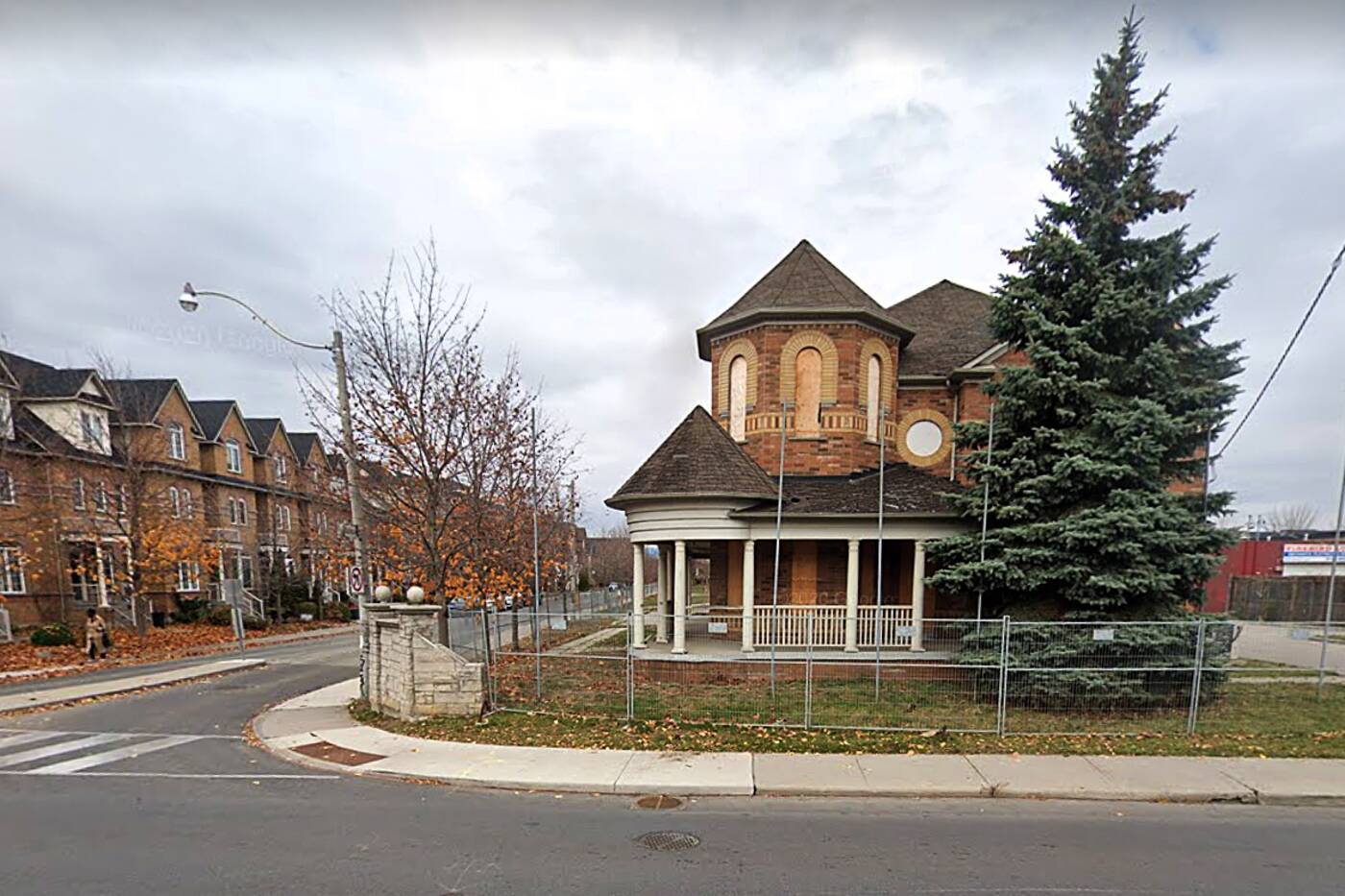 The home was a presentation centre for a townhome development.  Photo via Google Maps.

"It was not built to be occupied for residential use," he says.

The home was a showroom for Upper Beach Estates development from The Conservatory Group in the Gerrard and Hannaford Street area.

The Conservatory Group did not respond to requests for comment on the property.

An application for the development of stacked townhouses was going through approvals in 2007. The townhouse are complete and sold but the showroom remains.

It sat vacant for several years until a suspicious fire broke out on Feb. 11, 2019, according to Beach Metro Community News.

No one was in the building at the time of the fire but three men were seen leaving the property shortly before residents saw flames. 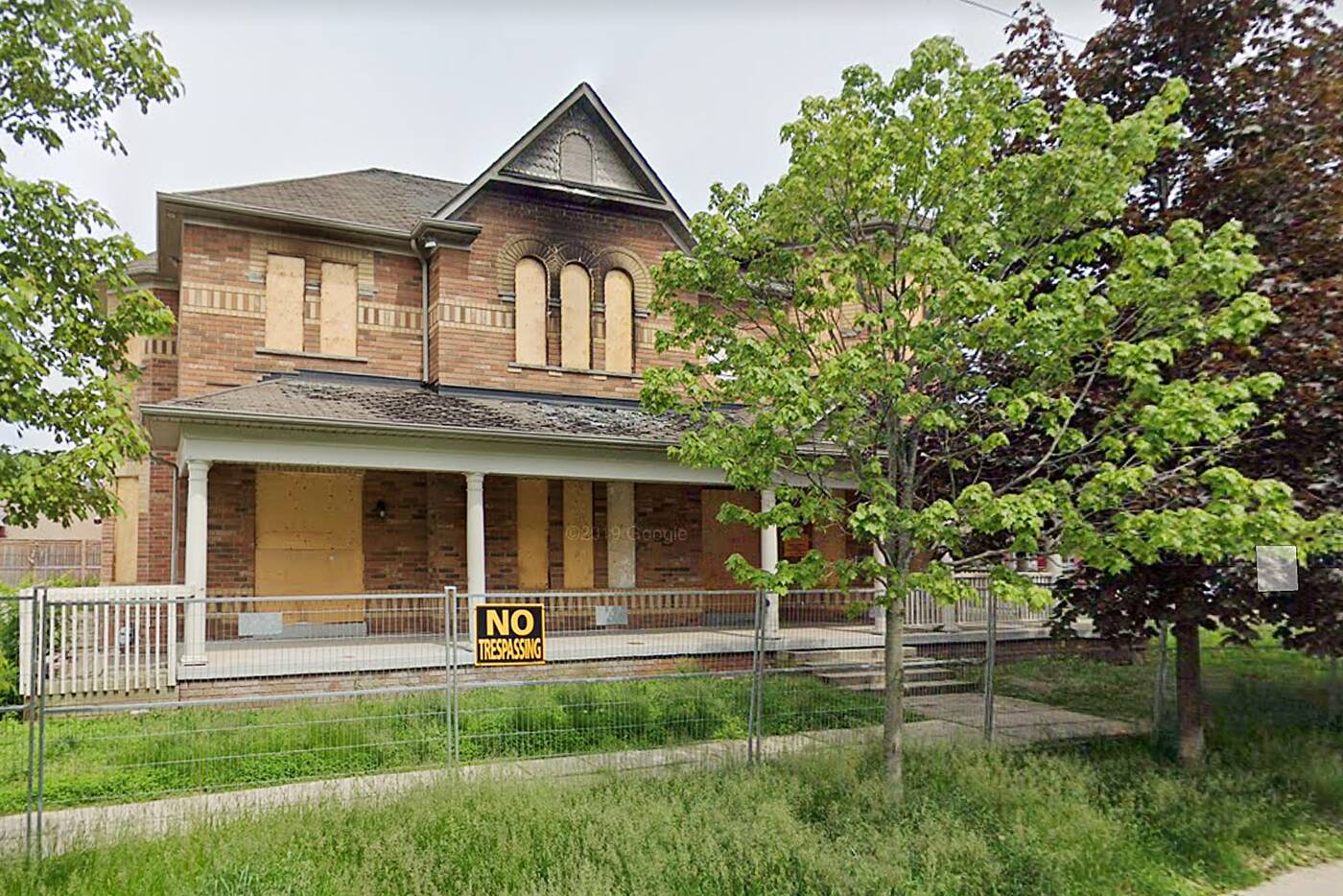 The burn marks from a fire in 2019 remain on the home. Photo via Google Maps.

Firefighters had to break through some boarded up windows to make their way inside the building, Beach Metro Community News wrote.

The damage from the fire is still visible on the exterior.

The future of the property is unknown.

Currently, there are no applications from the property owner to alter or demolish the building, Hawkins says.