An unremarkable-looking patch of land with just enough space for a single-family home (one that has yet to be built, mind you) just hit the wild and wacky real estate market of Toronto for nearly seven figures.

There's not much to say about the lot as it exists right now: It could easily pass for one of those $40/night campsites within an Ontario provincial park. 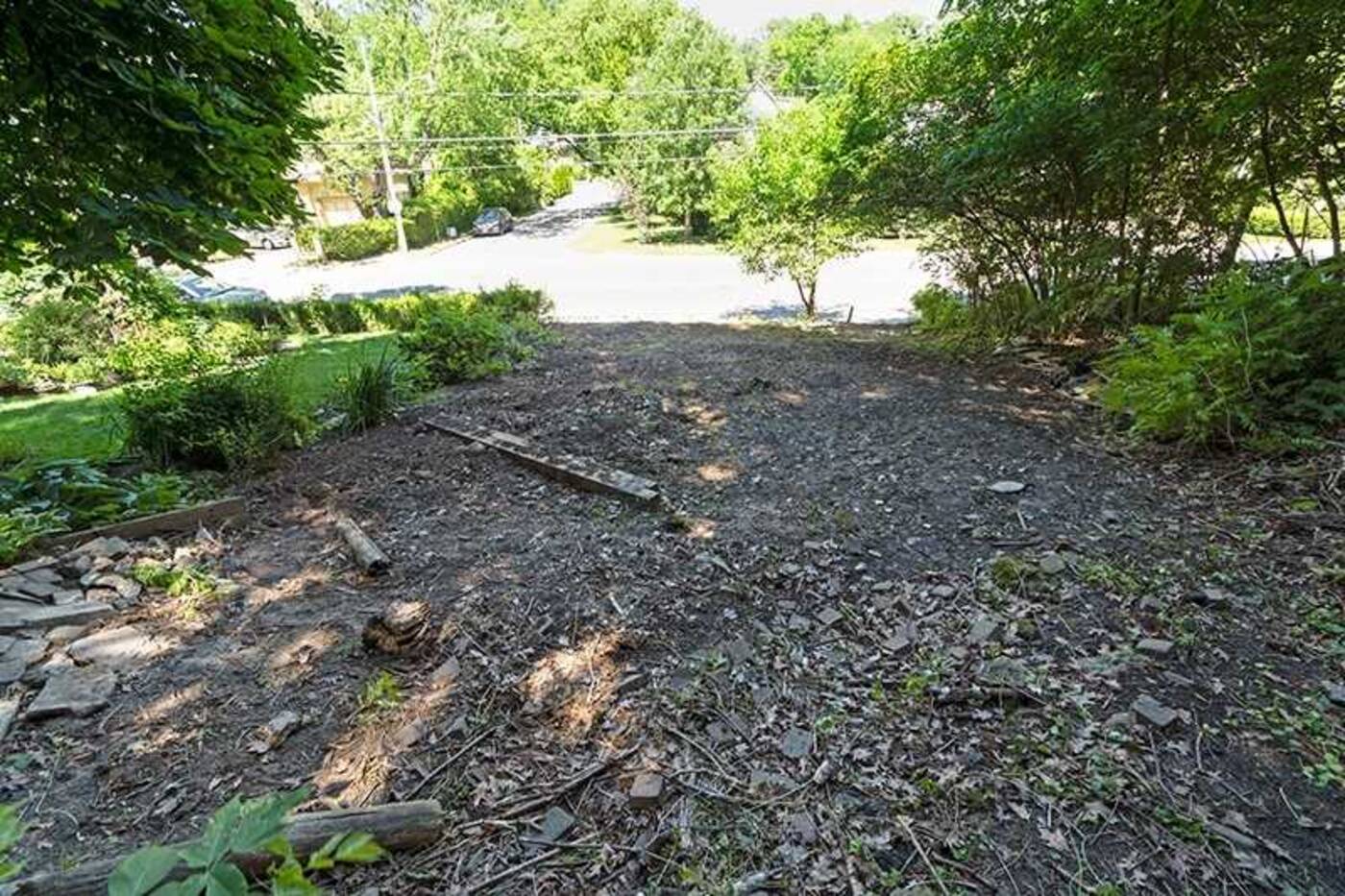 The lot is a standard size for the area at roughly 50 x 95 feet.

Save for a few wooden planks and a lone Muskoka chair that might belong to the neighbours, it's basically a $985,000 splash of dirt in the middle of some foliage. 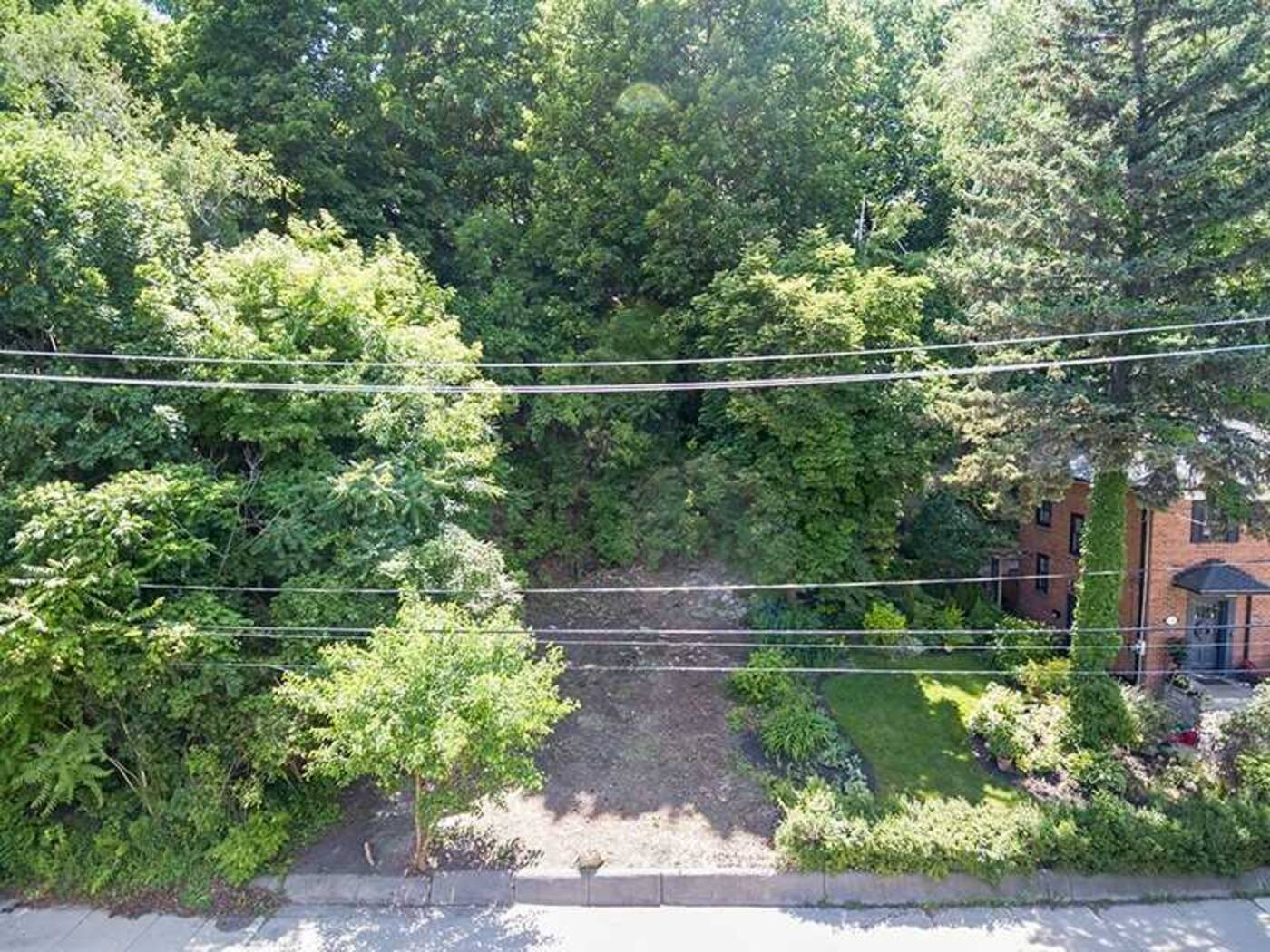 Trees surround and abound upon the vacant property.

Crazy as the price tag may seem when looking at photos of the 50 x 95 foot lot itself, zooming out to consider that number within a wider context is necessary here. 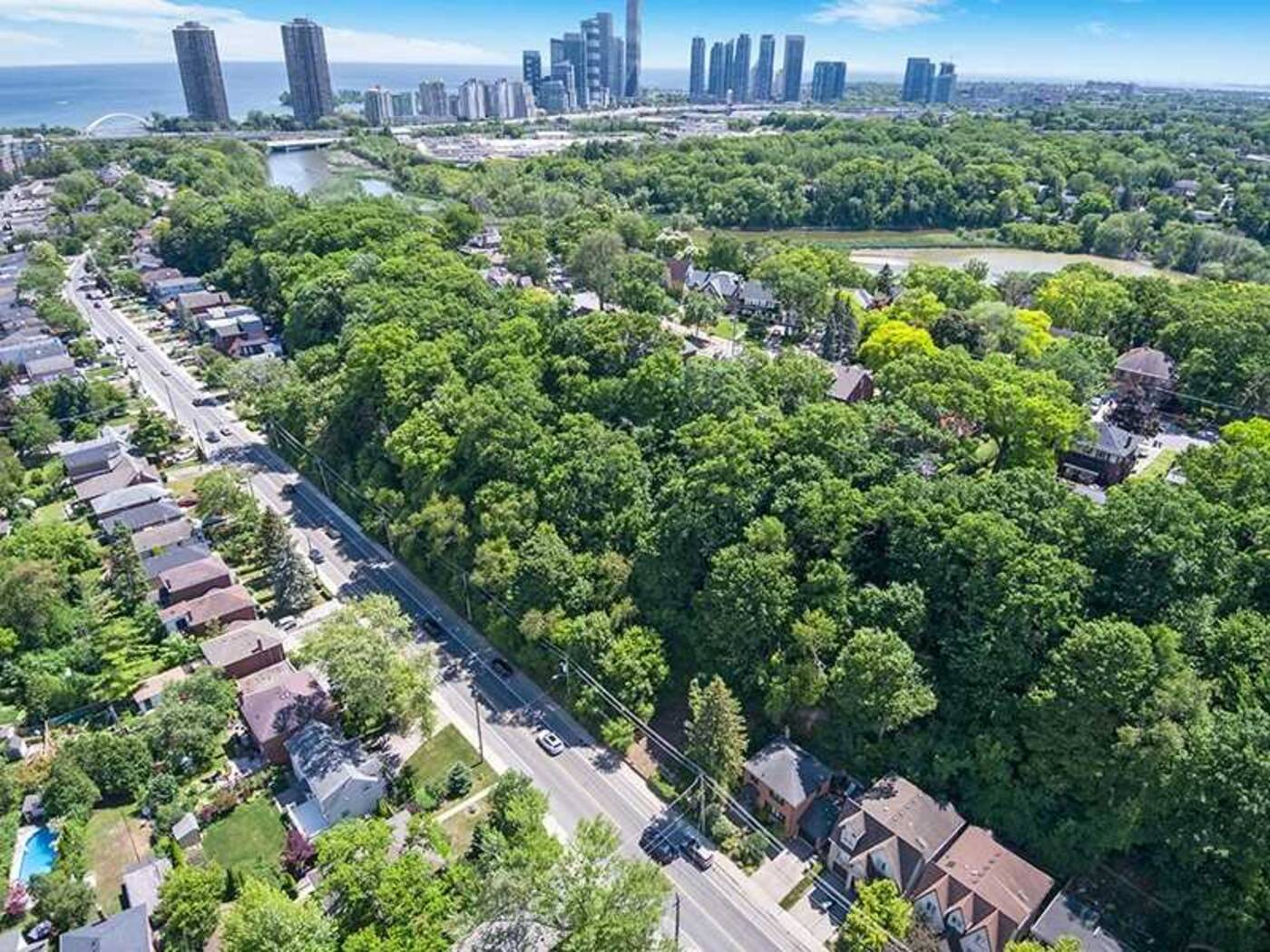 Right in the heart of Swansea, the land is in a great location for a family home.

Located at 172 South Kingsway in Toronto's coveted High Park-Swansea neighbourhood, the land's address alone makes it worth a pretty penny.

It's within walking distance of the Humber River and High Park, it boasts remarkably quick access to the Gardiner Expressway and Lake Shore for commuters, and it's nestled almost exactly between Lake Ontario and Bloor West Village.

It's an ideal location for people who dig big houses, mature trees and access to water. 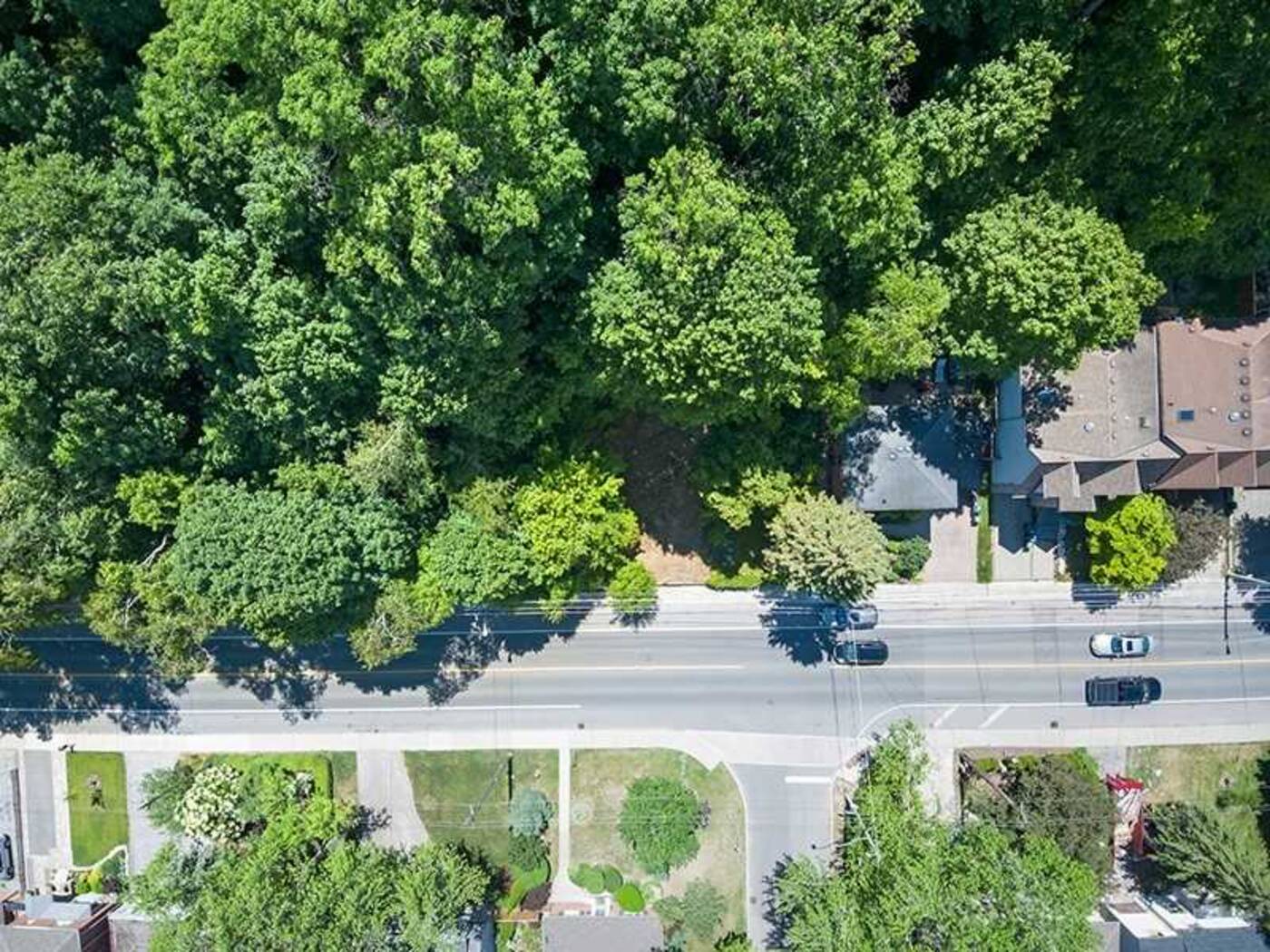 The lot is surrounded by large detached homes and green space.

There's also the "rare" factor workin in this listing's favour: According to realtors, 172 South Kingsway is "the final buildable lot" on the entire street. 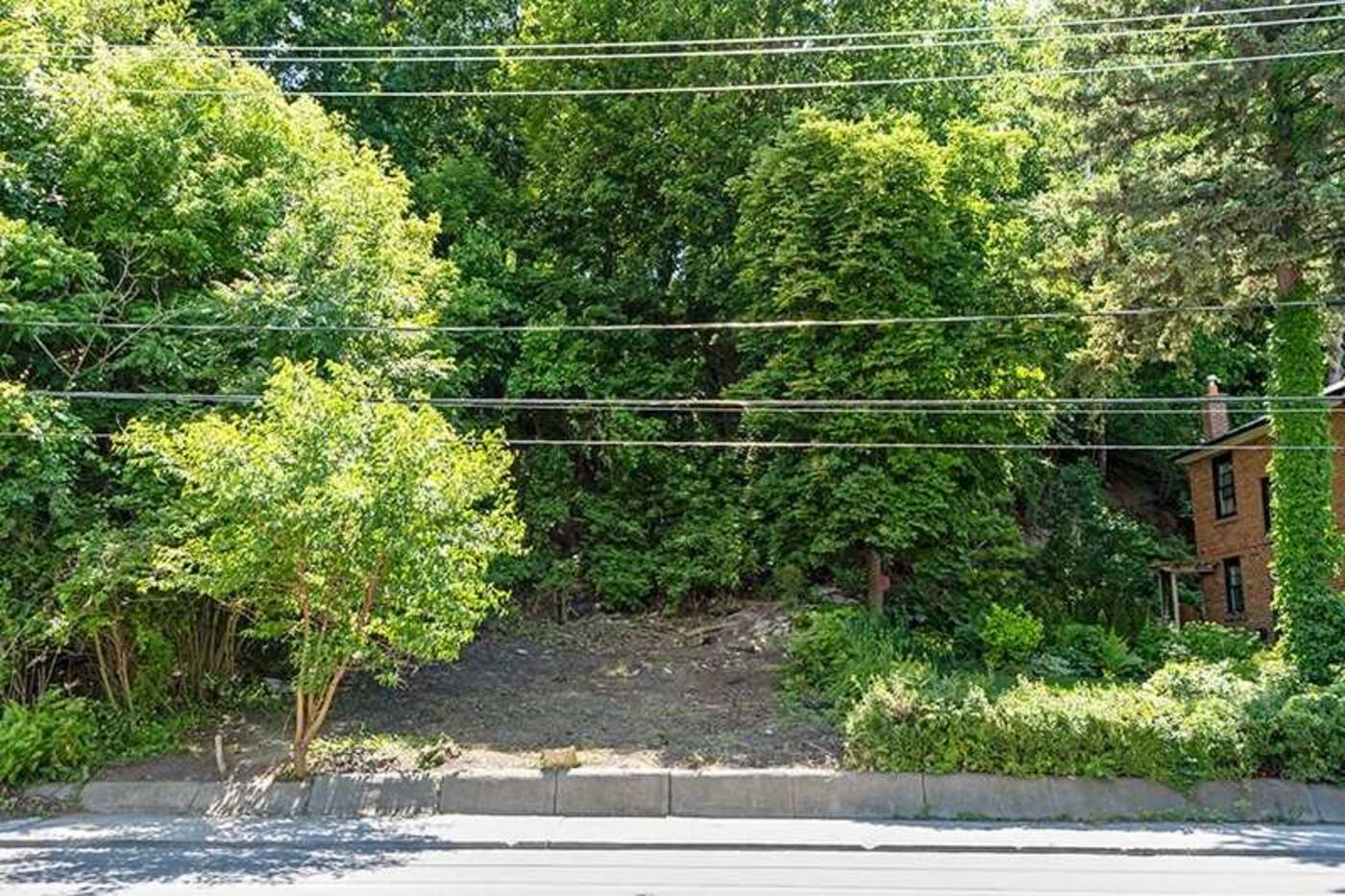 Not much to look at right now, the land is currently on the market for just under one million dollars.

"An opportunity not to be missed," reads the listing from Gilmore Property Group. "One of the rare 50' frontages along the street with a ravine at the back of the property and private treed views." 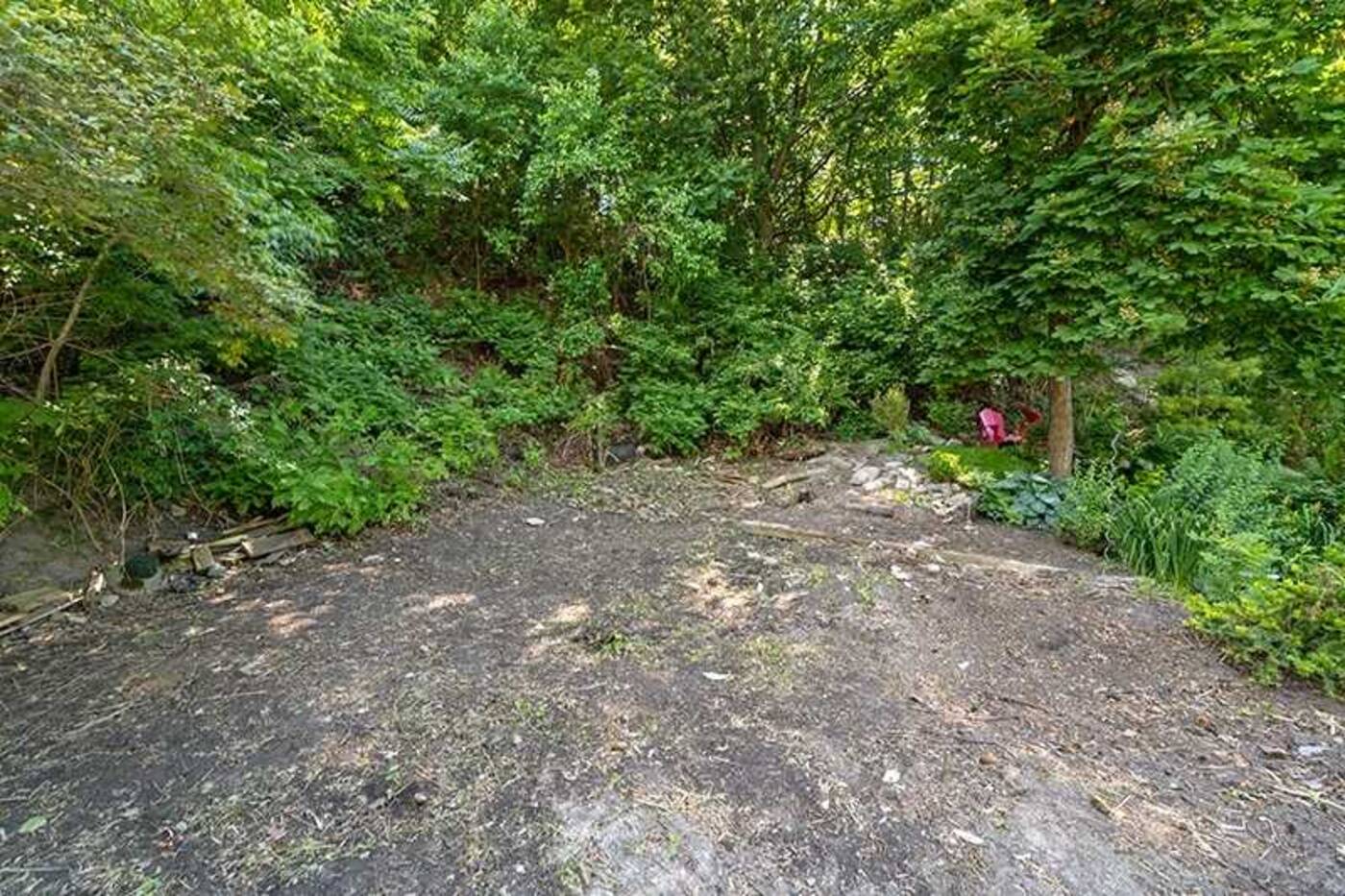 Just add a tent and firepit for a very expensive urban camping experience.

What might be most attractive to whoever purchases the land is that there are no neighbours on one side: A parkette (the South Kingsway Parkette) runs for about 600 feet just south of the lot.

A long, shady parkette runs just south of the lot for about 600 feet — perfect for people who like quiet and privacy.

Realtors are billing the listing as an "ideal opportunity to land bank" or build a dream home / investment property, and say that smaller lots with frontages of around 36 feet have recently sold for upwards of $2.6 million.

True as it may be that you could flip this lot for a mint, you'd need a great deal of money to build something — anything — on the land once you buy it. 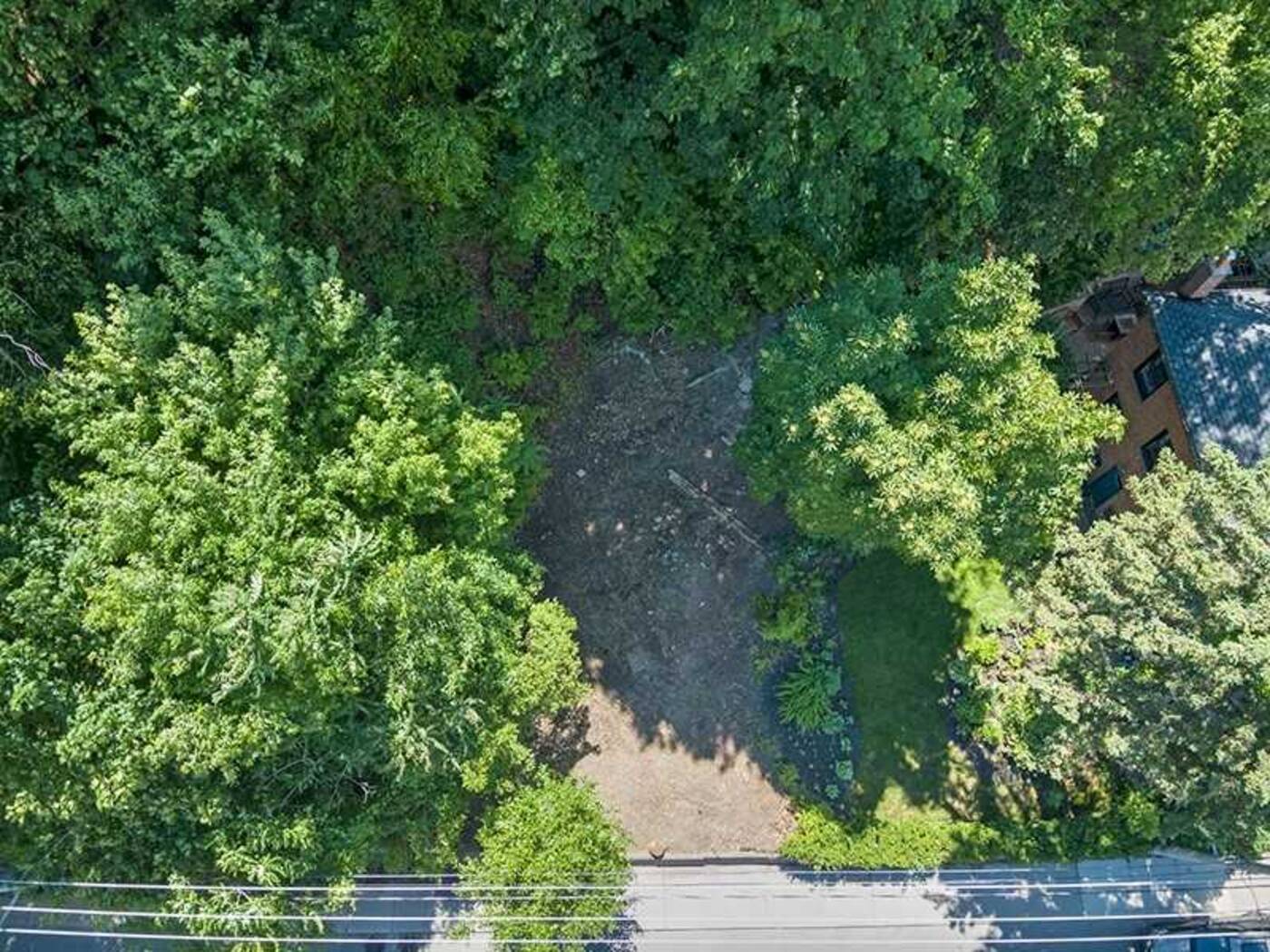 The lot already contains some grass and is surrounded by mature trees.

Though, I suppose, if you've already got a million bucks to invest in a patch of dirt, what's another million or two to put a house atop it?