The proceeds went to SickKids Foundation but still strange. Stranger still, no one has seen the interior of 1 Fallingbrook Road in years. 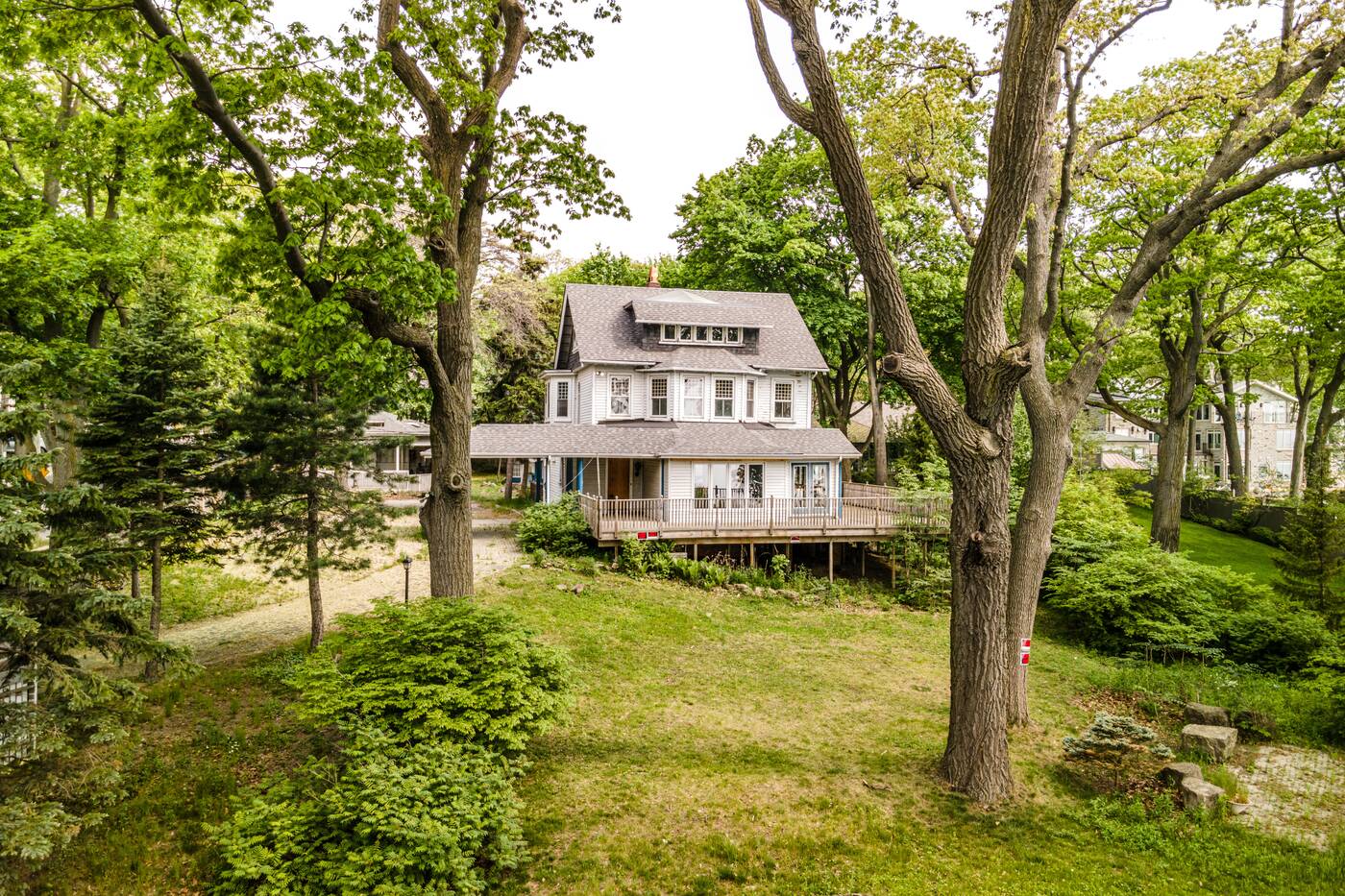 This home was orginally a summer home for a Canadian business man.

There were no interior shots in 2013 and there aren't any interior shots now, because according to the real estate agents, the house has been "gutted down to the studs." 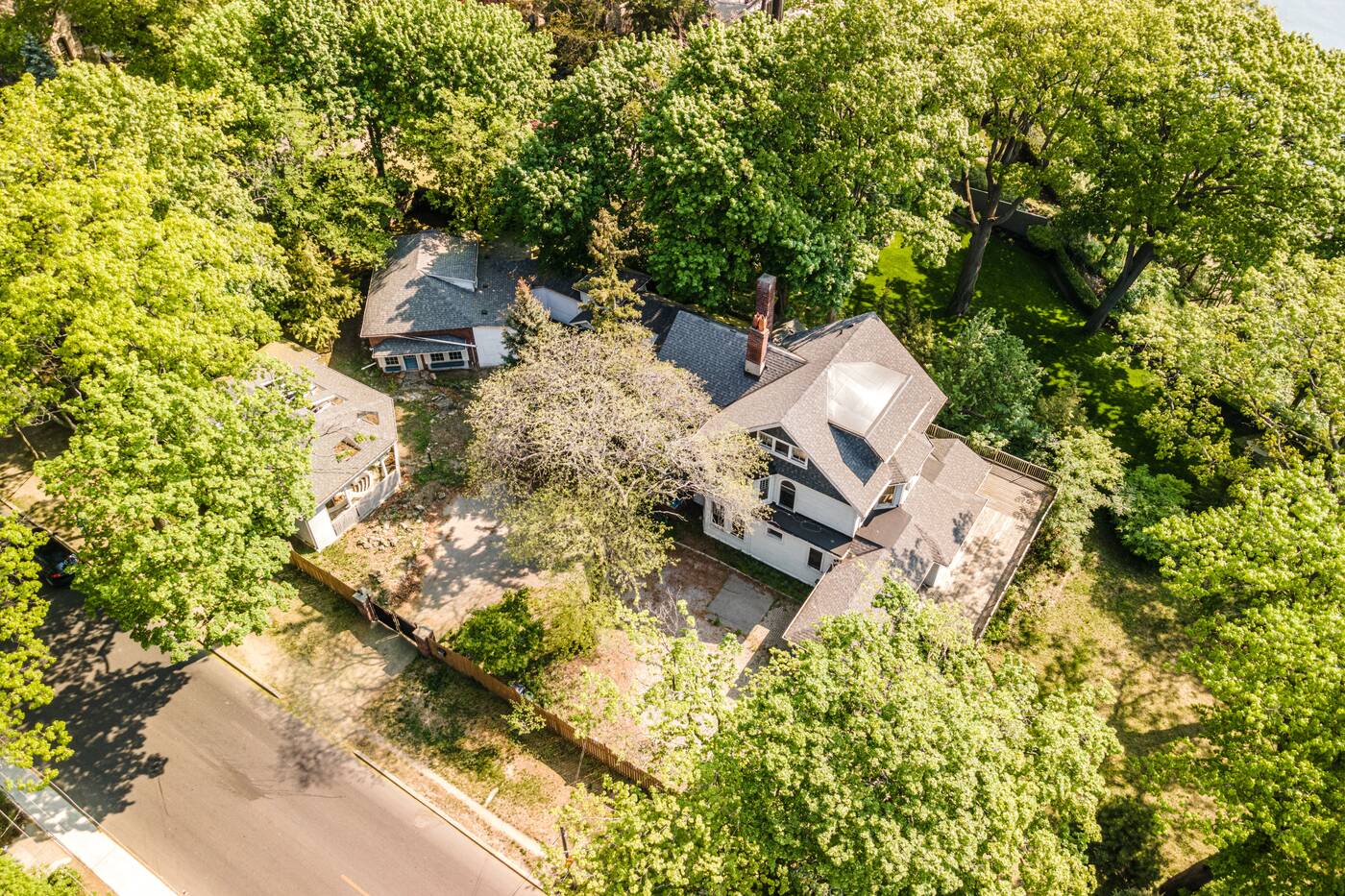 The home is located just 20 minutes from downtown Toronto.

But truthfully, the interior of the house doesn't really matter because the true selling point is the property and the historical significance of the house. 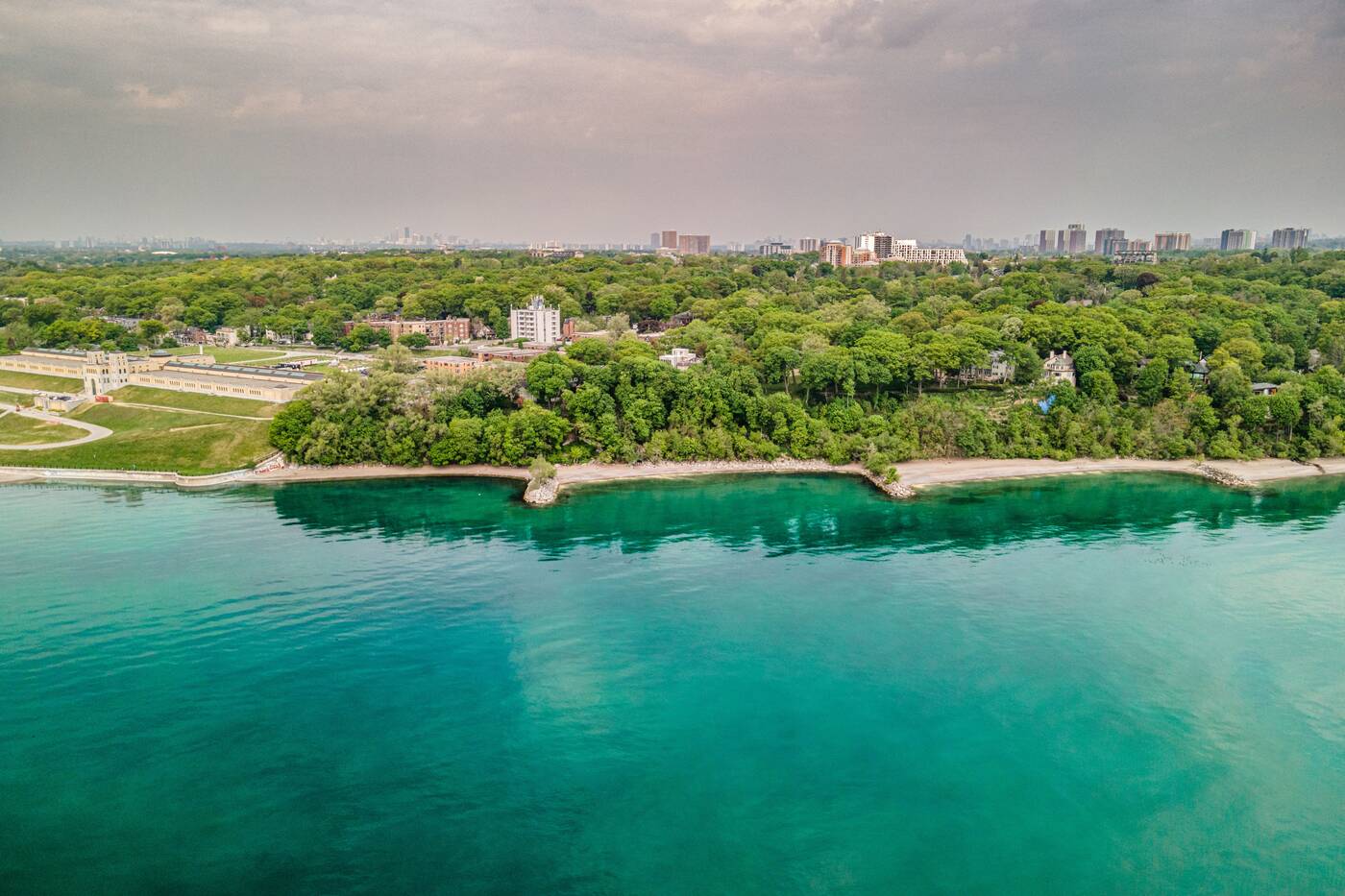 This is one of the few homes where you can swim in your backyard.

The property is on over one-acre of land with access to approximately 183 feet of  Lake Ontario beach. 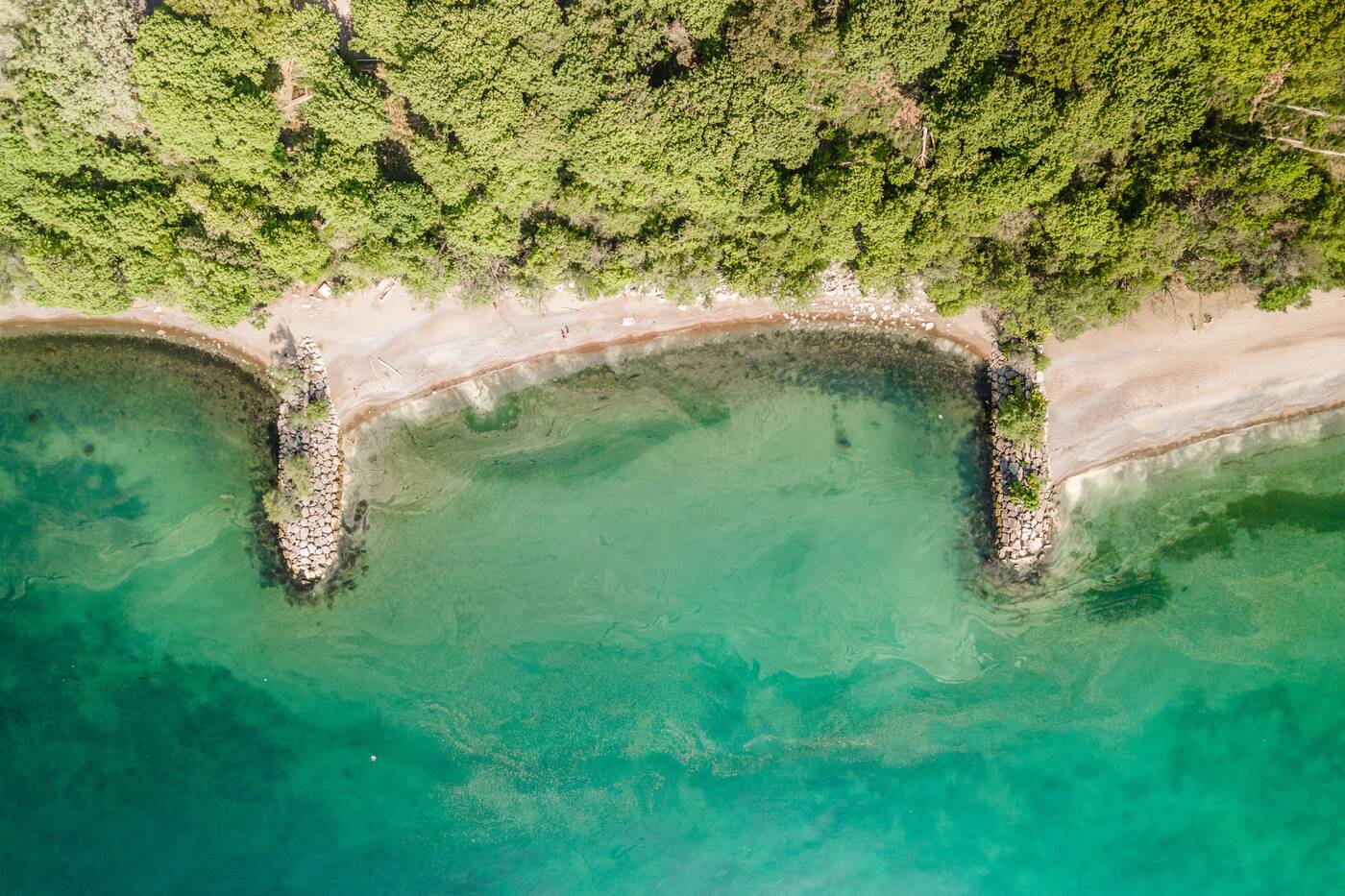 Pictured is the slice of beach that comes with the home.

That's right, you can basically have your own private beach in Toronto. 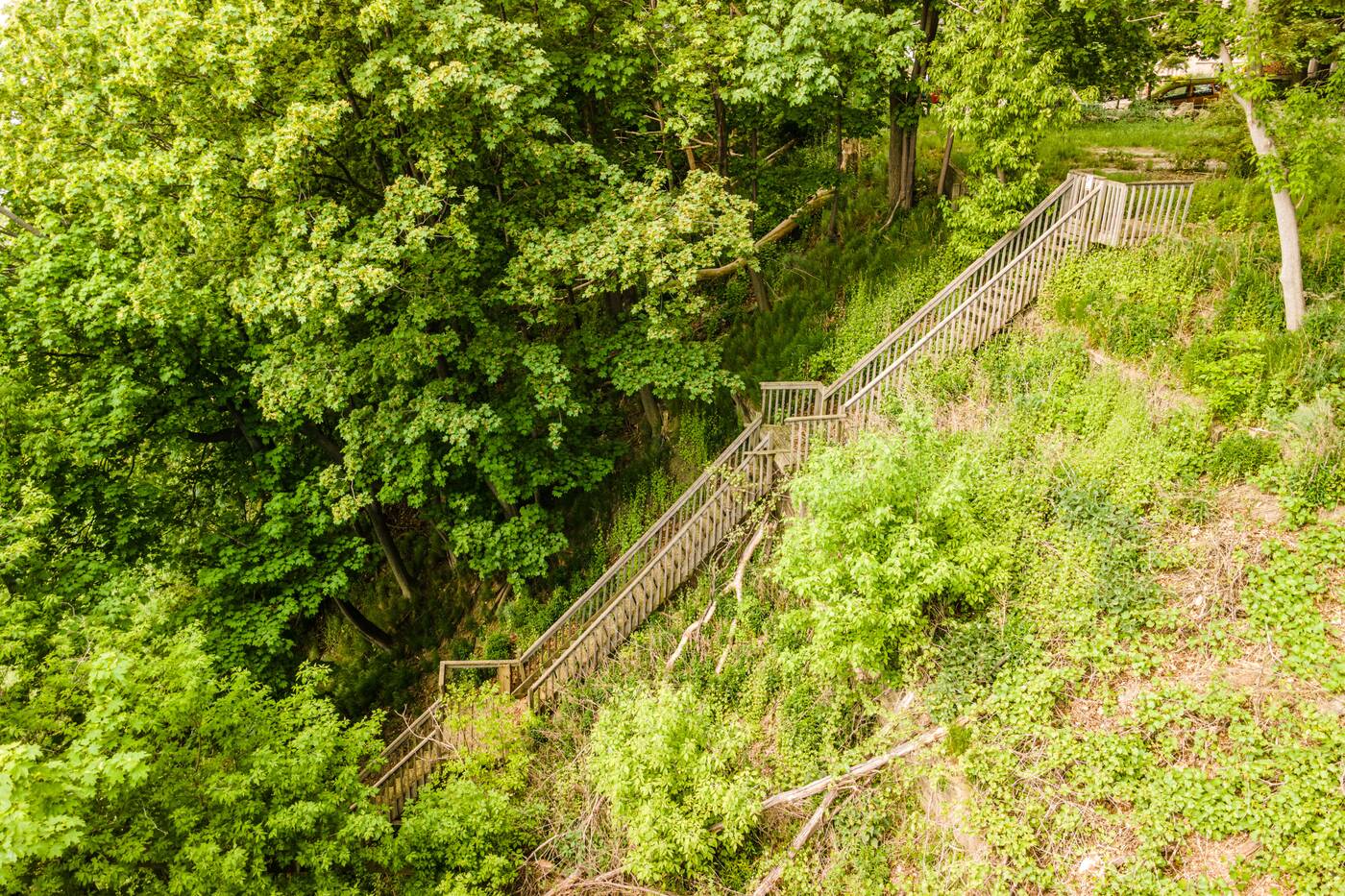 If you want to go for a dip you better not be scared of heights because you need to walk up and down the steep stairs pictured above.

It just will cost you $7,295,000, at least according to the listing price, and you need to walk up and down a hundred rickety looking stairs. But still, waterfront! 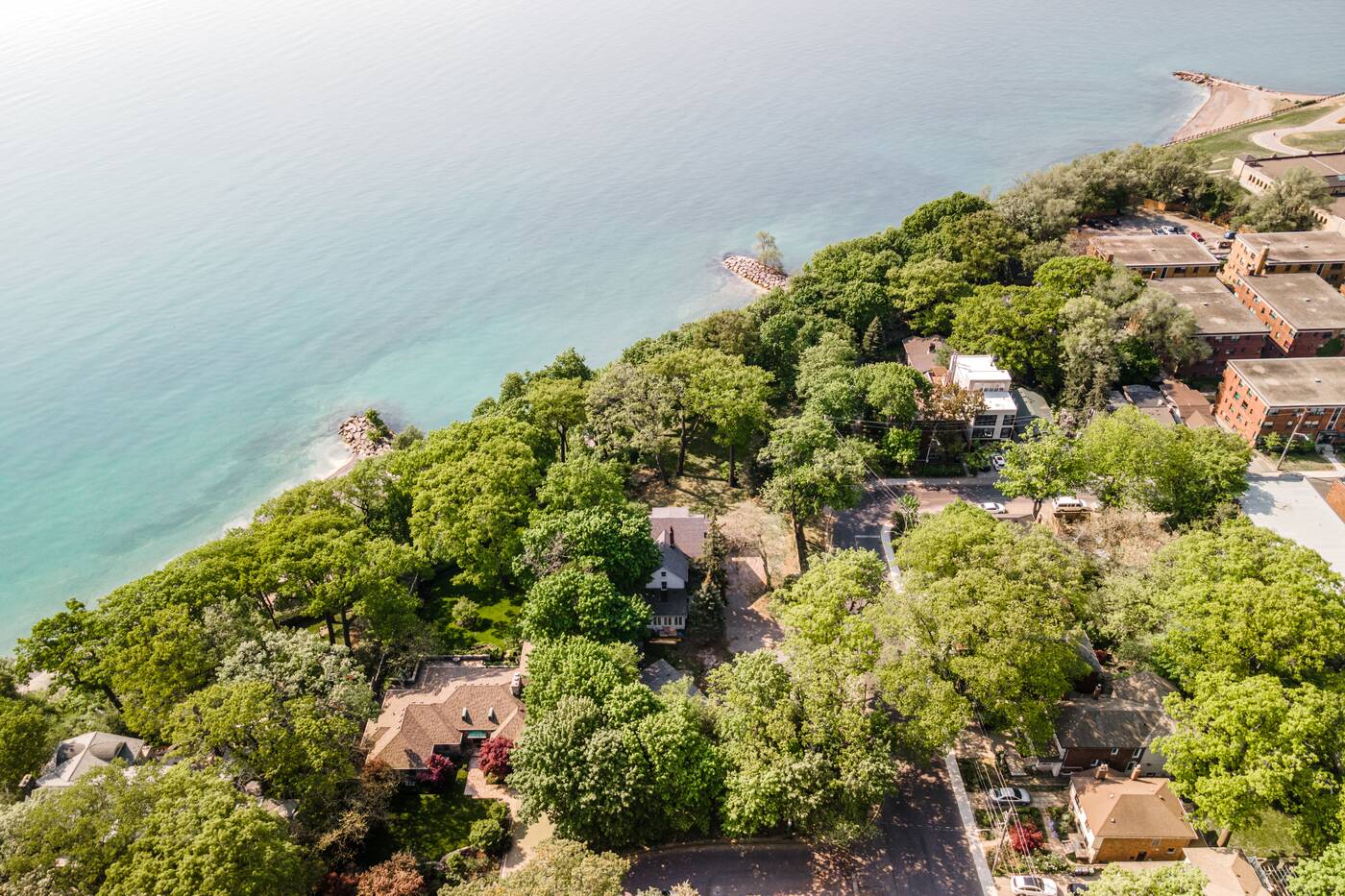 Arieal shot of the home and surrounding neighbourhood.

As for the history of the home, it's all quite fascinating and a bit mysterious. 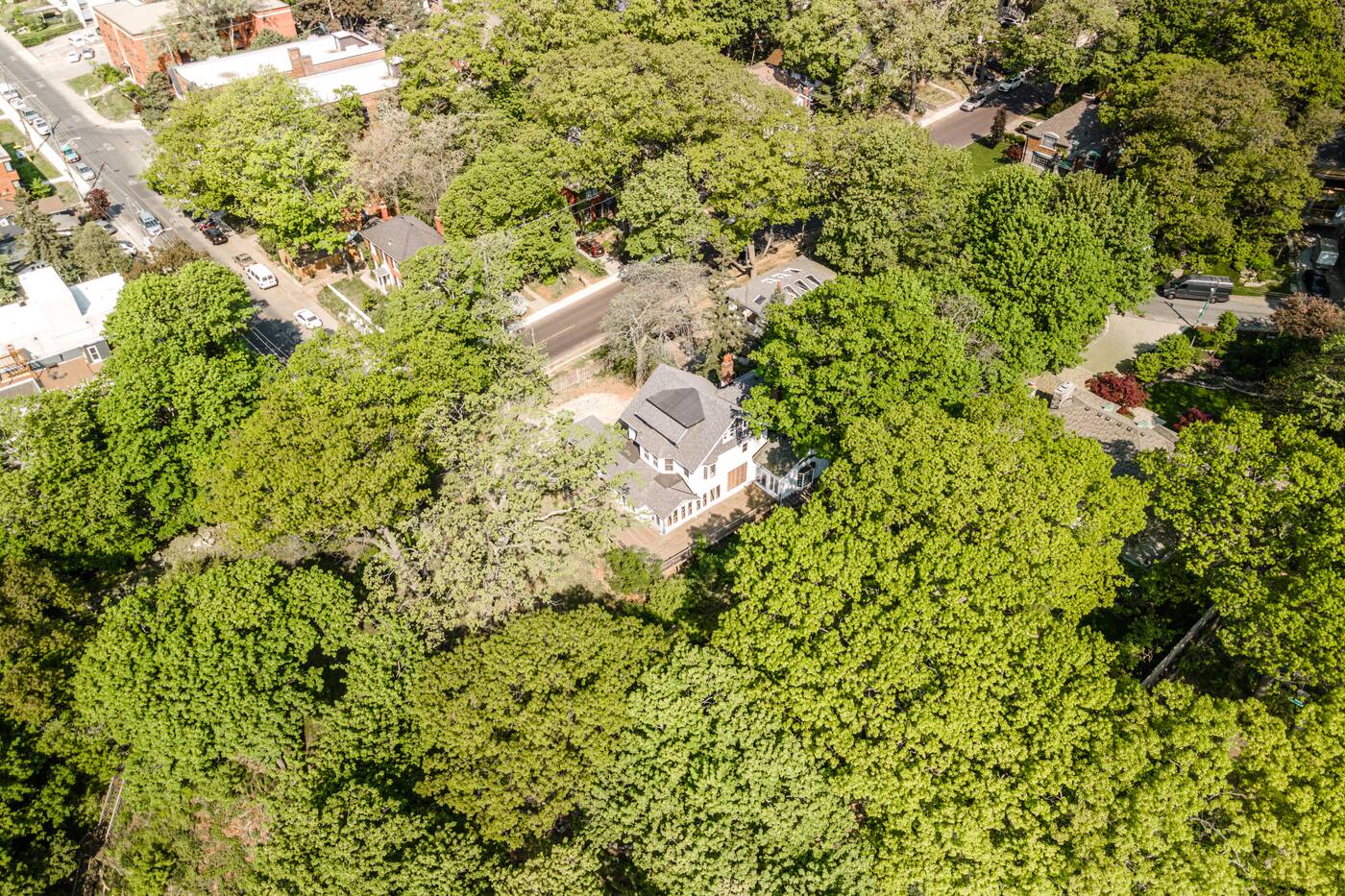 The house is super private surrounded by mature trees. 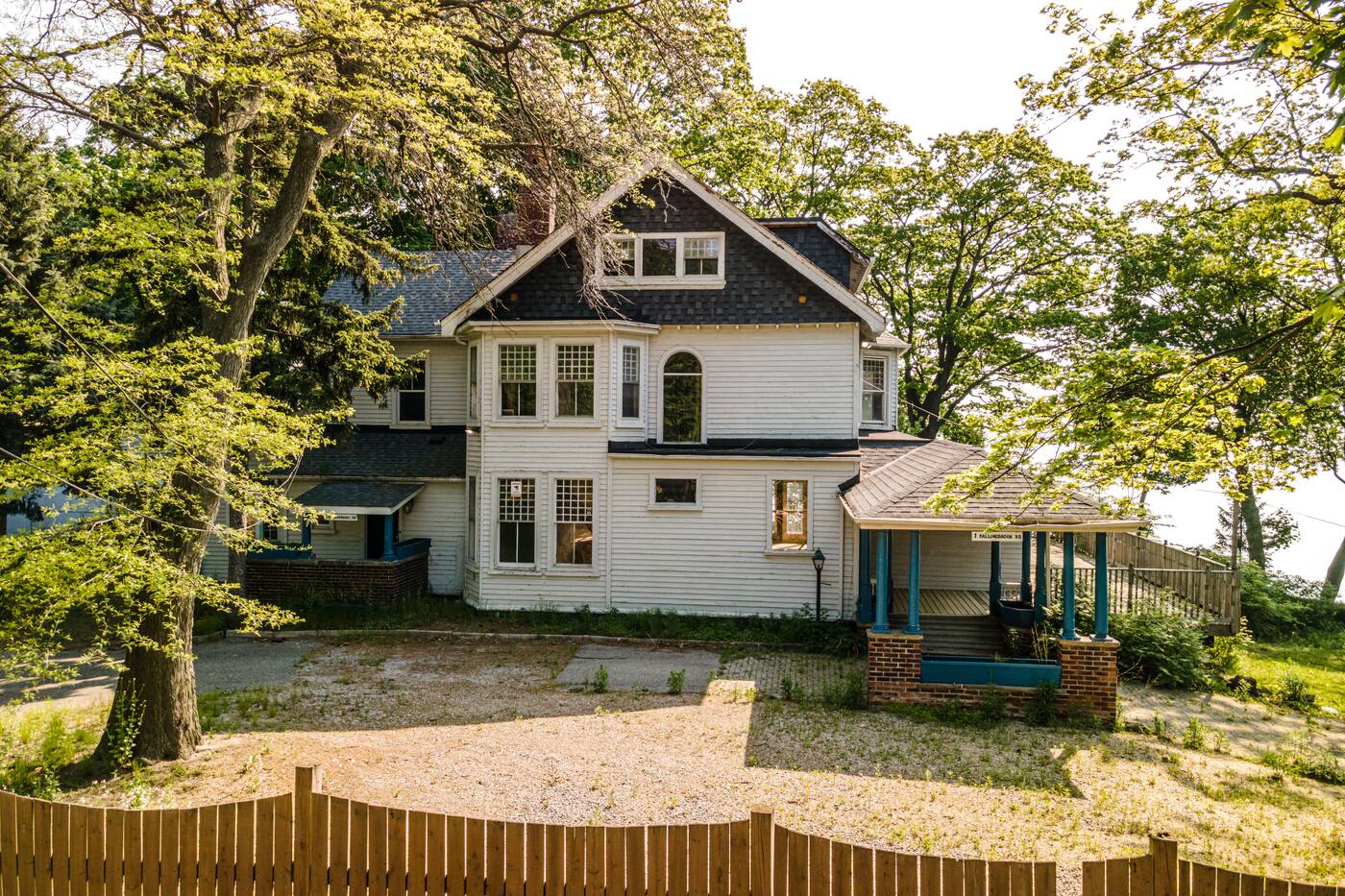 The home’s front deck is built to maximize views of the lake and Scarborough Bluffs.

"There is some disagreement about the date it was built. The public records state 1889 while we have dates from other historic sources saying 1904 and 1907." 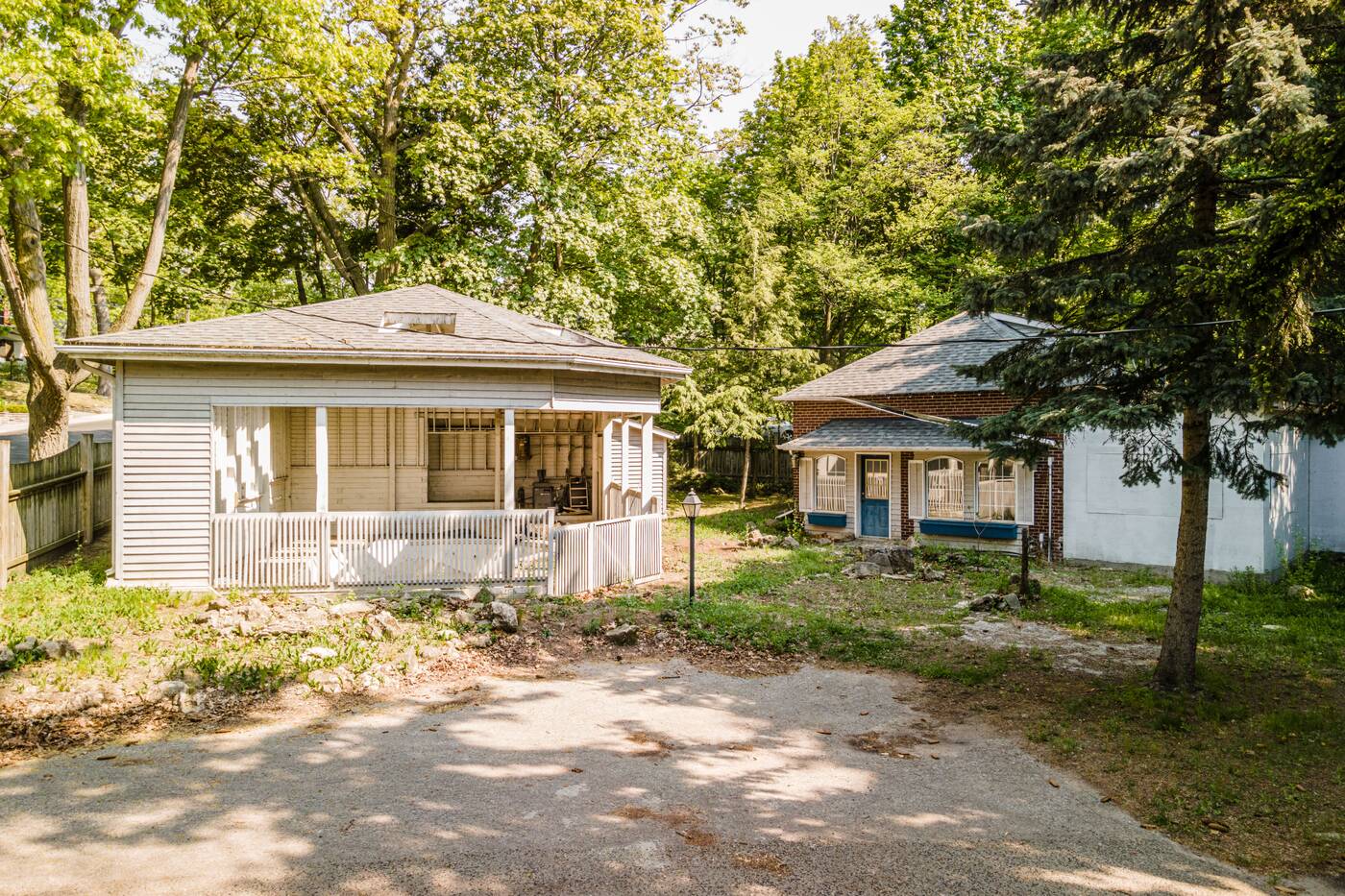 According to a Toronto Star article from 2013, there are guest/nanny quarters along with a greenhouse attached to some additions.

The home apparently has 10 bedrooms, eight bathrooms and an indoor pool. There aren't any pictures, but there's a property survey that kinda maps it all out. 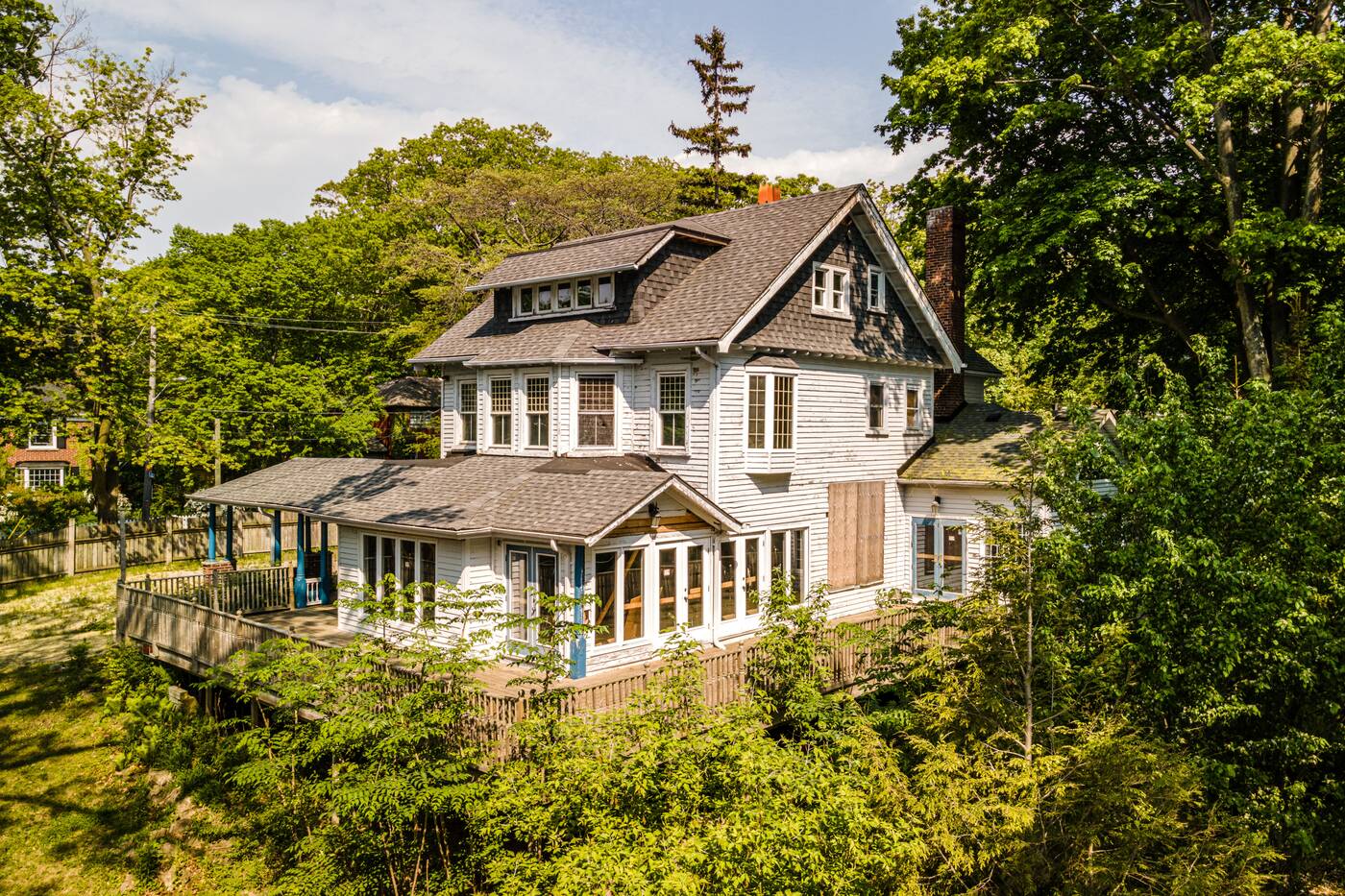 The wrap-around deck makes this home feel more like a cottage than a city home.

Richards told blogTO that the home was built in a Queen Anne Revival style of architecture, which was prevalent in Canada during the late 1800's and early 1900's. 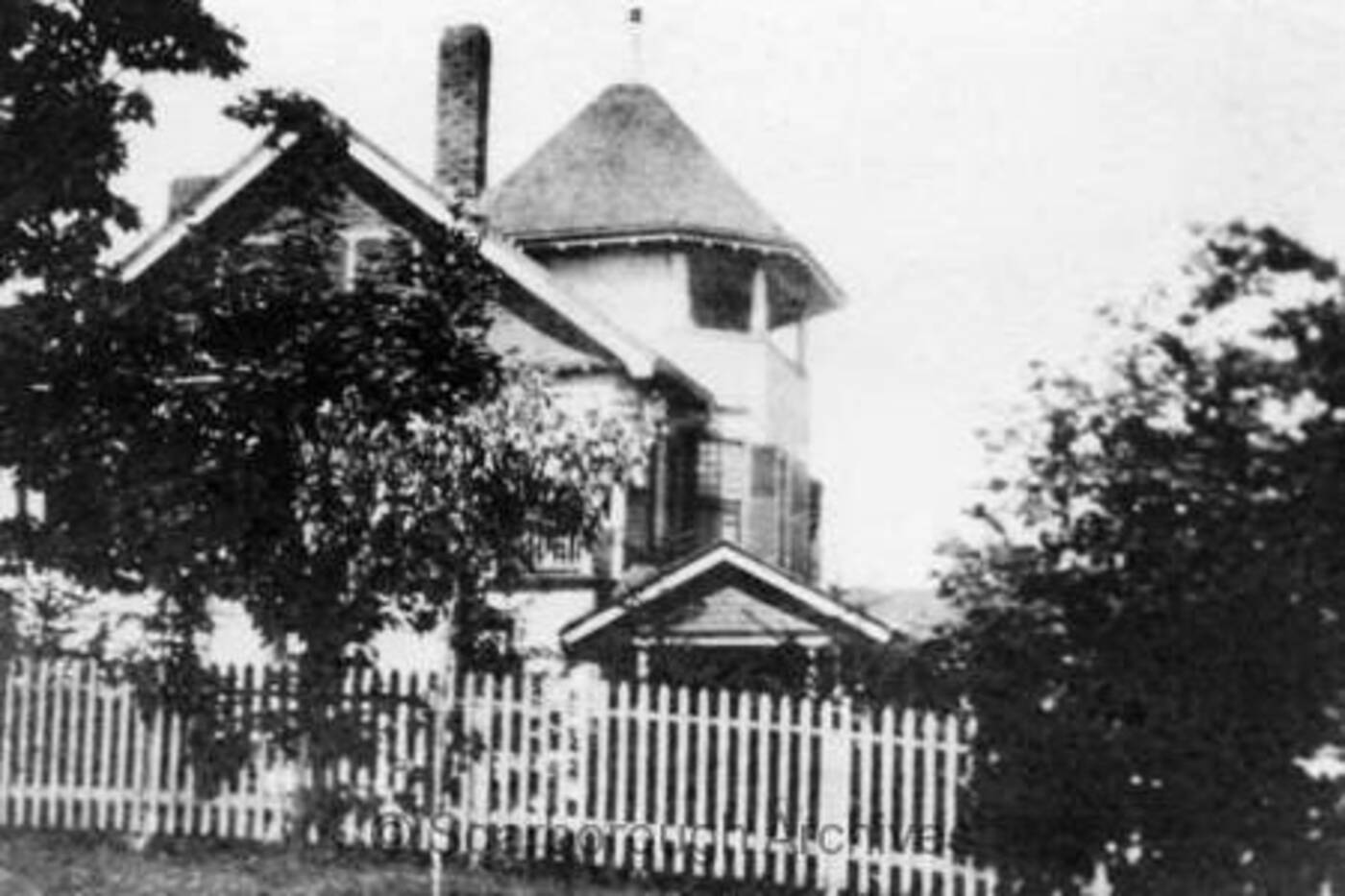 An archive picture of 1 Fallingbrook Road with the turret.

"The house originally had a turret on the main roof facing the lake, and we do not know when this was replaced by the current roof design," he added. 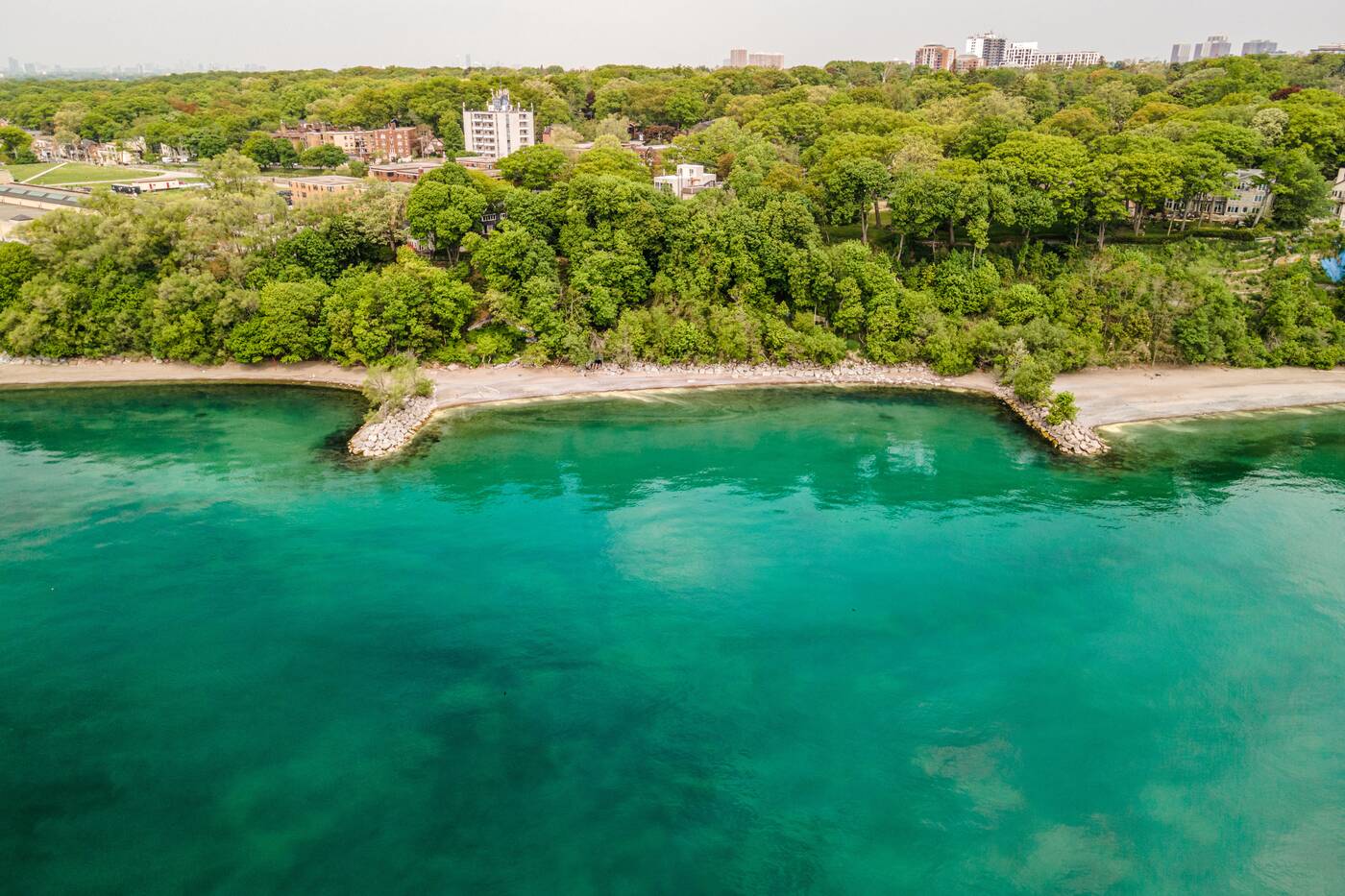 And the mysteries keep coming! 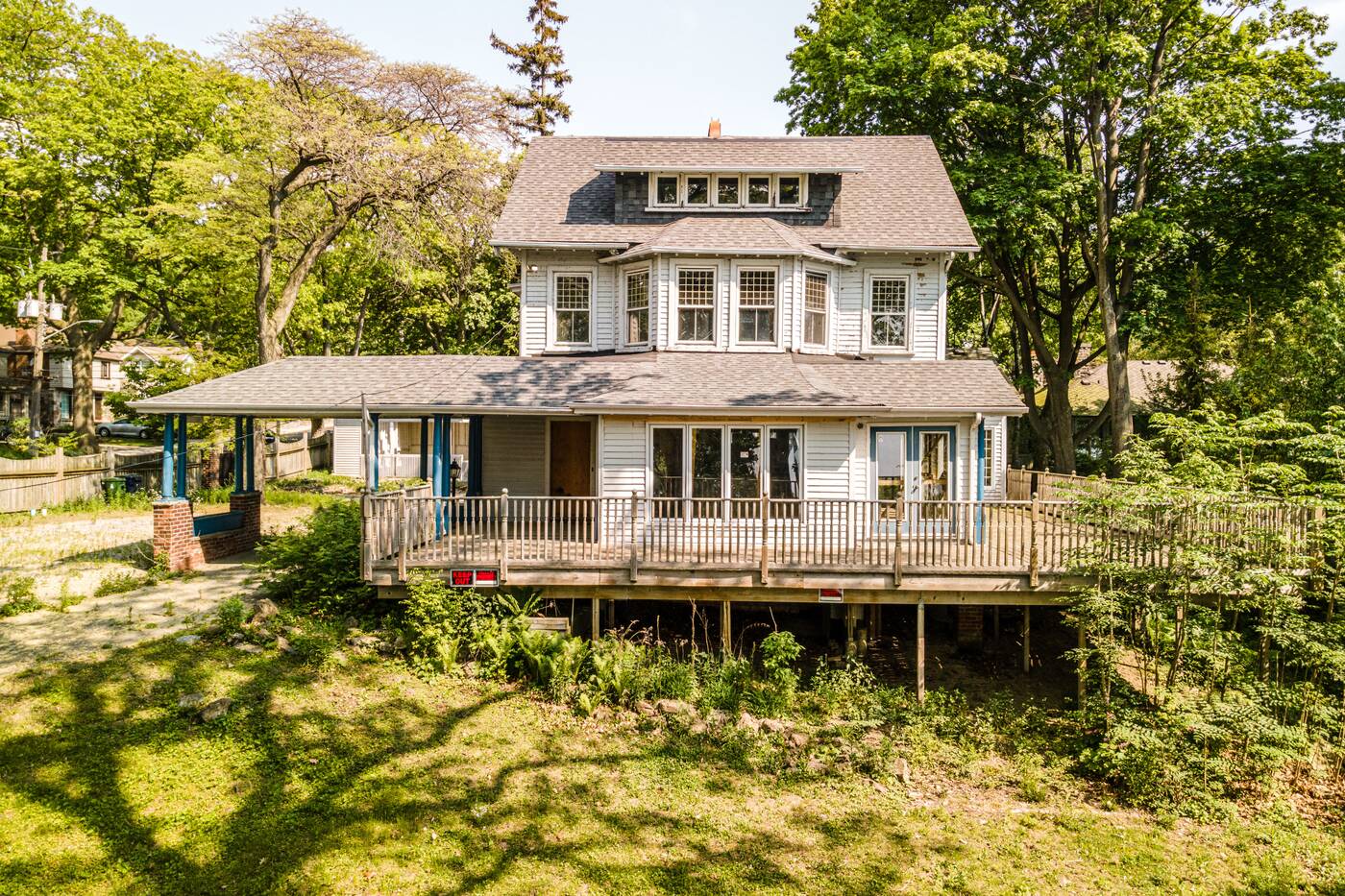 The home is three-storeys with a separate basement entrance.

According to the listing, the house still has some features of the original home but one minor issue is that the house is deemed to be historically and architecturally important.

So the Heritage Board needs to approve any work to alter or restore the exterior or redevelop the property.