A big chunk of Front Street West could soon be completely transformed by a massive glassy 69-storey tower.

The site at 310-330 Front Street, home to a trio of emerald-windowed office buildings built in 1989-1990, may soon be redeveloped to house a new project by 320 Front Portfolio Inc. 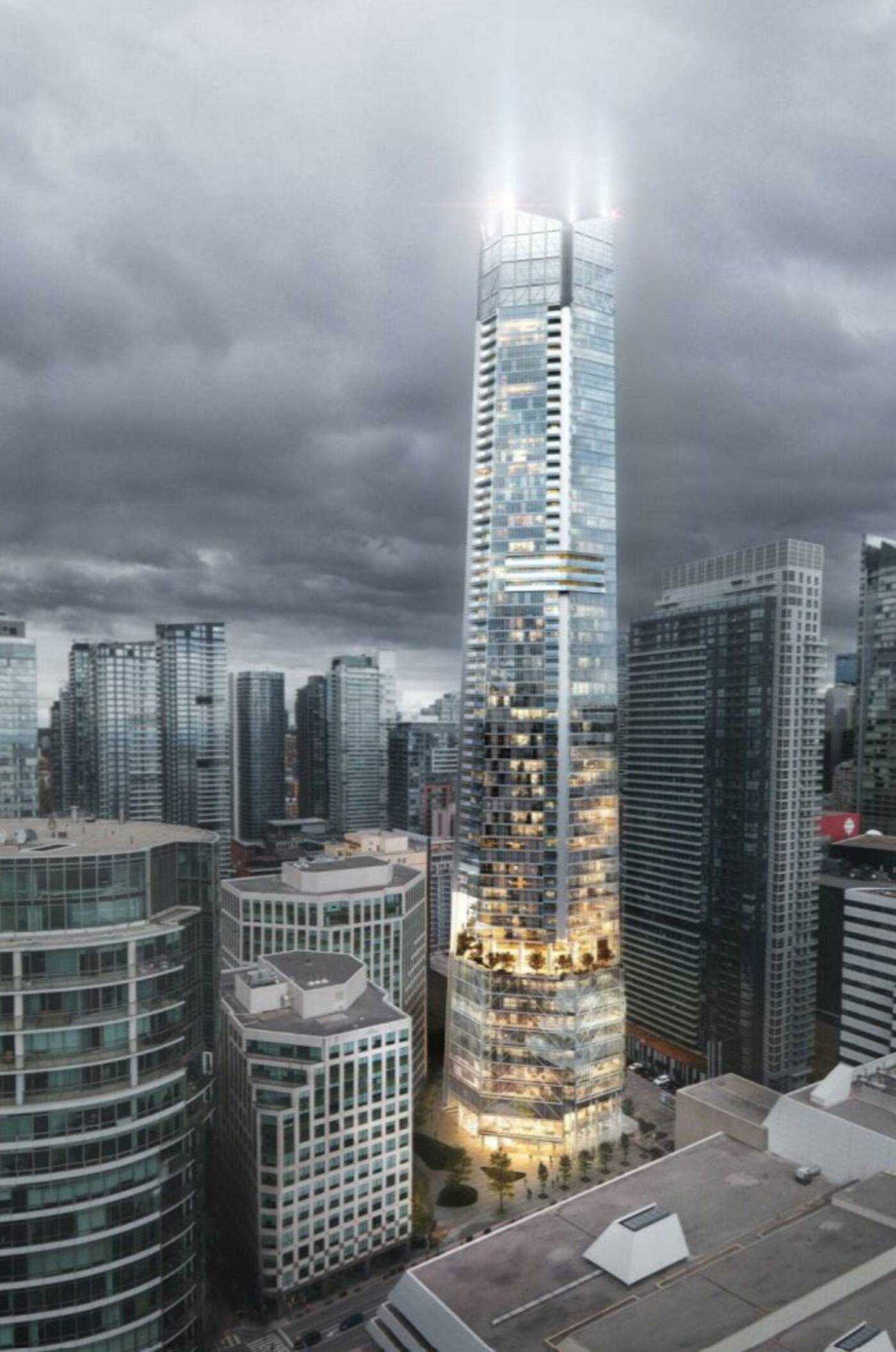 A 69-storey, mixed-use tower is being proposed for the office complex at 310-330 Front St. West. Image by Hariri Pontarini Architects via City of Toronto submission.

Right now, the 2-acre property at Front Street and Blue Jays is home to three office buildings, 8, 12, and 16-storeys tall, linked by a multi-level atrium. The complex is managed by H&R REIT. 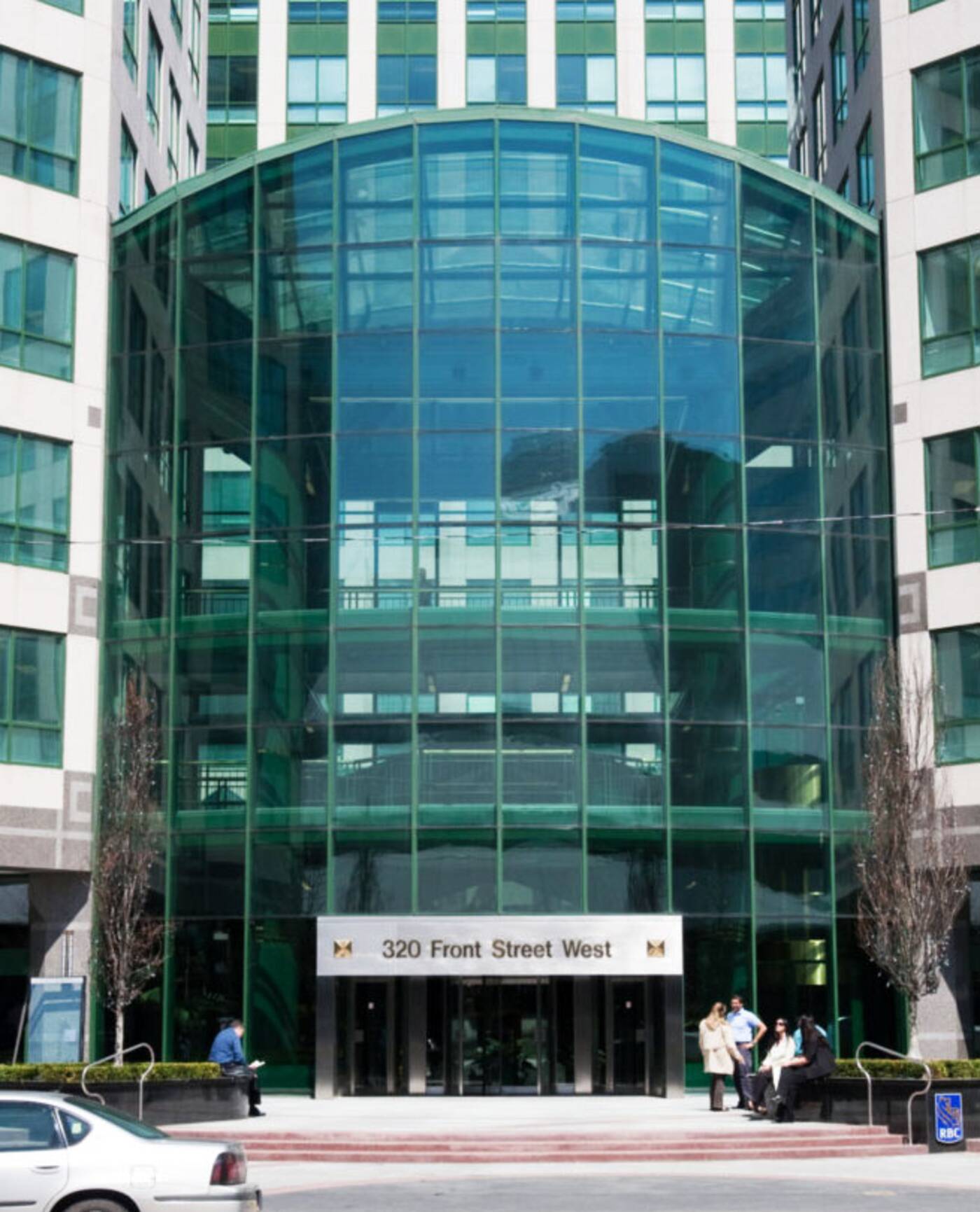 The office complex is currently managed by H&R Reit and was built in 1989-1990. Photo by Rod Taylor via UrbanDB.

Though over 30 years old, the current complex, which sits across from the Roger's Centre and Metro Toronto Convention Centre, is LEED EB Platinum ceritifed and features its own rainwater harvesting system.

The proposal is hoping to demolish the shortest of the towers, which they're calling Building A, replacing the 8-storey office tower with a 10-storey podium and another 59-storey floors above that. 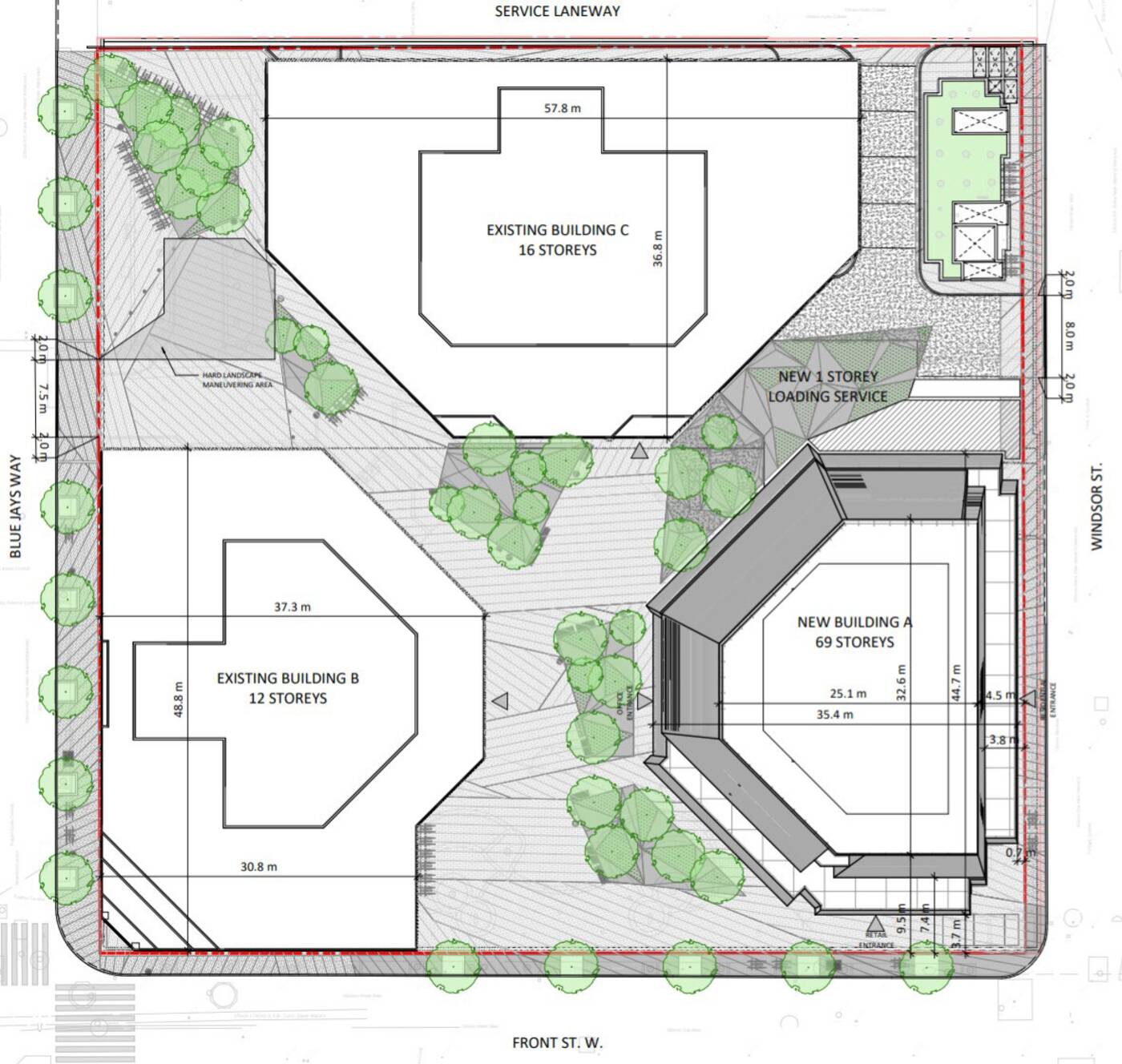 Towers B and C will be retained while Building A will be demolished and replaced. Photo by Hariri Pontarini Architects via City of Toronto submission.

The 10-storey base will be relegated to office use and some retail while the upper tower will house 560 residential units. The majority of those will be one-bedroom units, with 30 studios and 60 three-bedroom units also available.

The 11th and 12th floors would offer amenity space shared between office tenants and residential tenants.

The existing enclosed atrium would also be replaced with a landscaped plaza. According to Front Porfolio Inc.'s proposal, the plaza could be used for some form of public art, with planters and canopies. 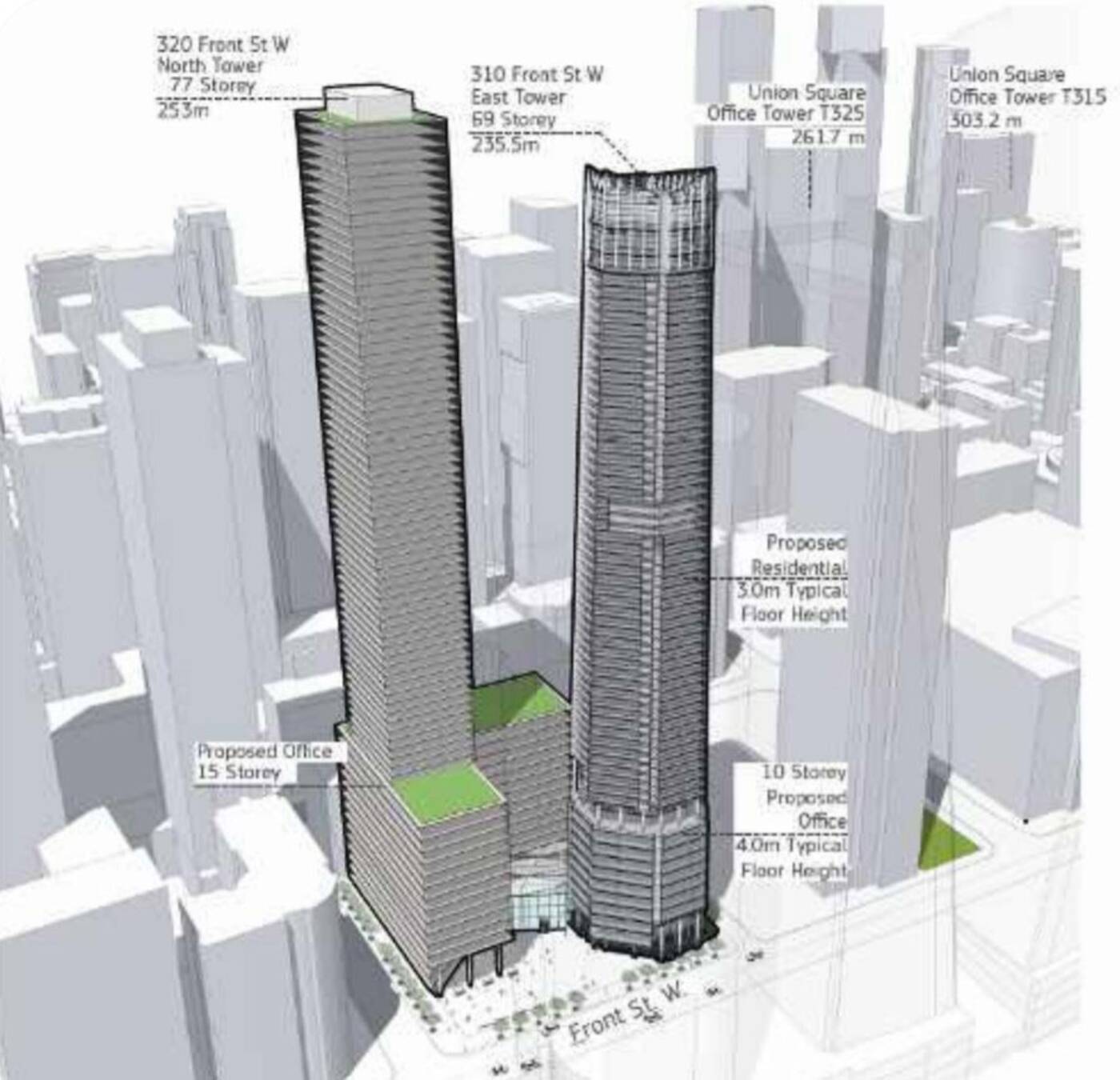 The proposal also suggests a future 77-storey condo on the northwestern corner of the site. Image by Hariri Pontarini Architects via City of Toronto submission.

It looks like Buildings B and C will remain untouched during this first proposal, but 320 Front Portfolio Inc. and Hariri Pontarini Architects are also considering a second condo tower on the site.

The proposal shows plans for a future 77-storey condo to be built at 320 Front St., on the northwest portion of the site between the current sites, with a 15-storey office building beneath.